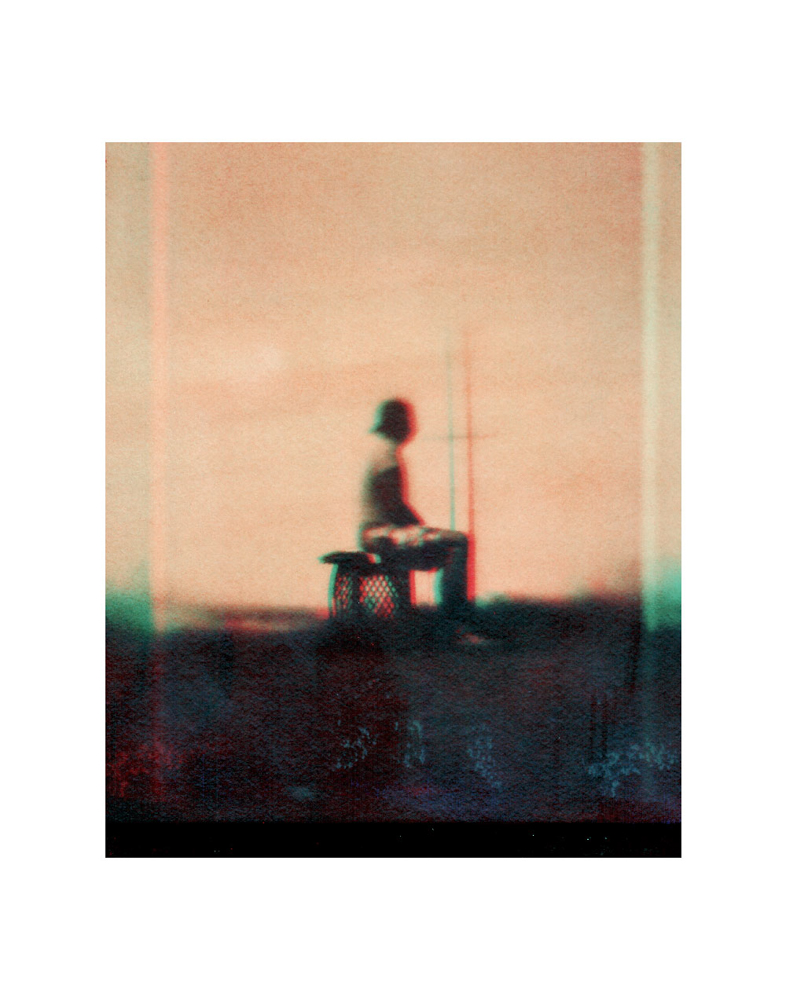 Cy Kuckenbaker is a visual artist based in San Diego, California. He spent many years living in locations around the world and used photography as a medium in which to find a sense of place. After deciding to settle down in San Diego, he became frustrated, feeling his new hometown had been stripped of its unique identity due to the massive growth of its real estate development and tourism industry. His response was a visual rebuttal communicating his personal vision of San Diego.

It was this sense of frustration that inspired Kuckenbaker’s series CARDINAL DIRECTIONS.  In search for connection and identity, he chose an unconventional approach, using multiple stereo cameras, shooting with four cameras pointed in the cardinal directions N, S, E, and W to create 3D images.

When asked if he had eventually found a sense of identity and connection with San Diego, he stated “Thus far the biggest break through is finding a visual grammar to express my thoughts about the city. Having that grammar feels good but I don’t feel that what I want to investigate is at all complete. I want to push much deeper. I feel like I’m just beginning.” 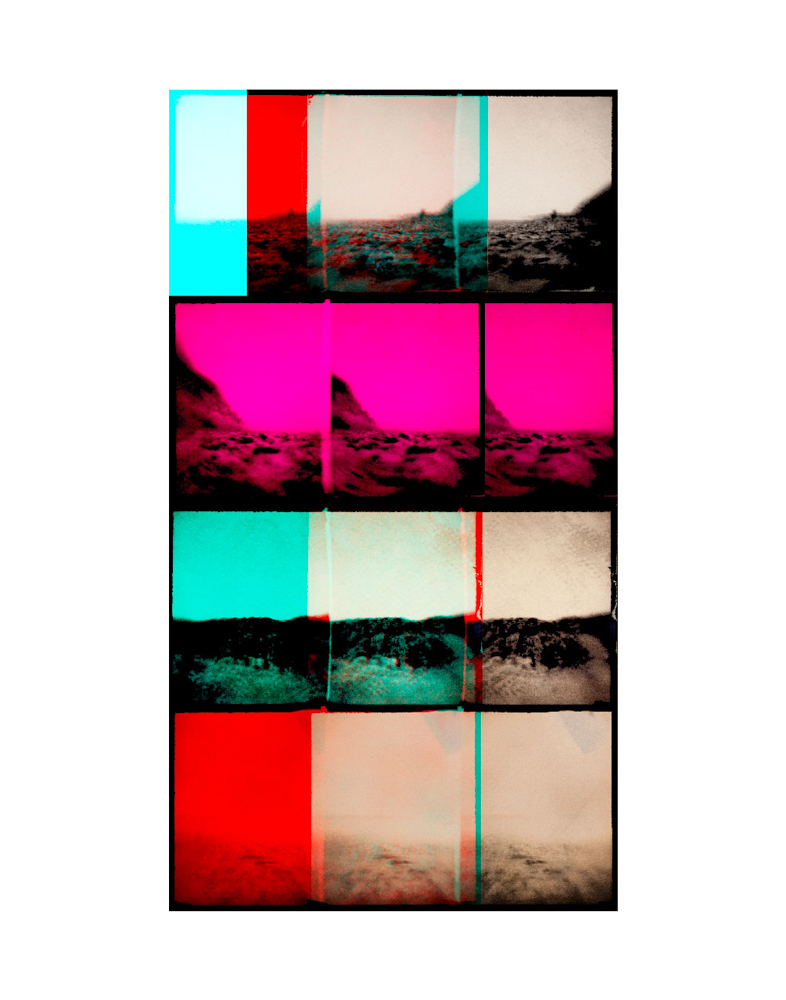 Cy Kuckenbaker received his MFA in film direction from the California Institute of the Arts, was the recipient of a Fulbright Fellowship and served for two years as a Peace Corps volunteer in Lithuania. He is the director of fiction and documentary films that have screened at domestic and international film festivals including MoMA NY, Centre Pompidou Paris, The Los Angeles IFF, The Vancouver IFF, the Viennale and many more. His experimental videos have been shared broadly online by platforms such as USA Today, The Atlantic magazine, Designboom, Journal Du Design and more. in 2013, Cy received the San Diego Foundation’s Creative Catalyst Grant to work on a one-year project in partnership with the Museum of Photographic Arts, San Diego. Most recently his work was featured in a PhotoViz, an artbook publish by Gestatlen and edited by Nicholas Felton that featured cutting edge work in the area of photo visualization. 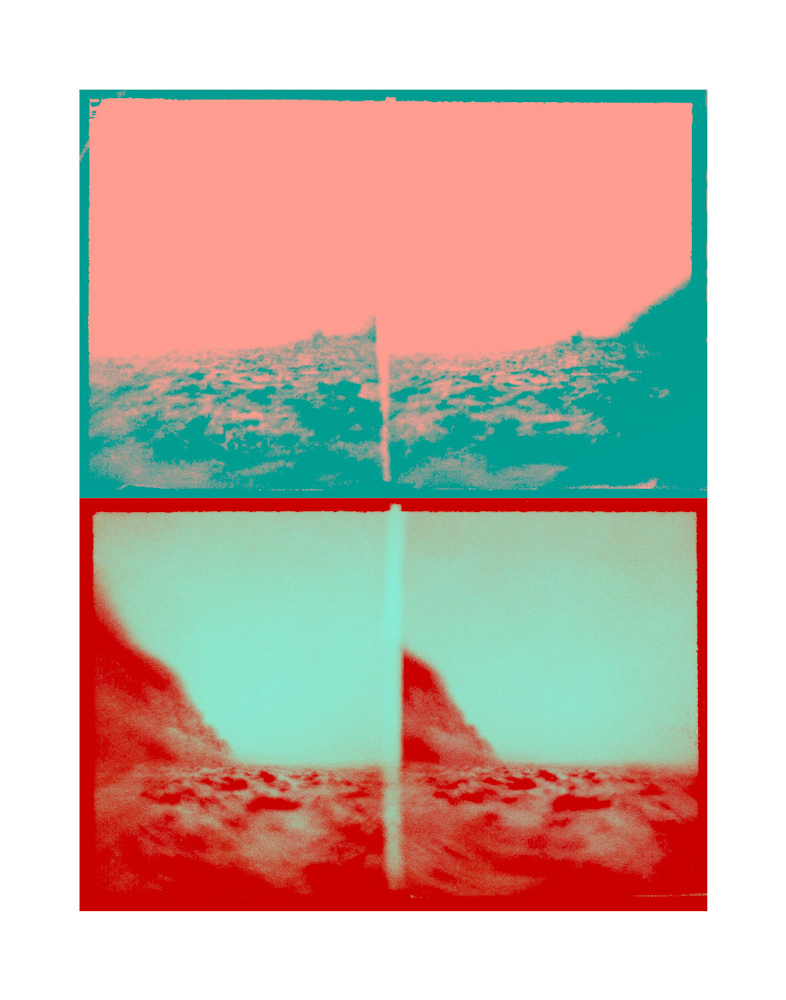 I’m interested in the dynamic relationship between perception and vision. For instance, we can only see in one direction at a time but we can build visual perception in 360 degrees using memory + our other senses. What we call vision is really just one of many experiential layers that our brains synthesize into “seeing”. Our vision has no black frame – visual perception flows readily, magically, beyond our field of view building new bits, guessing and anticipating. Wherever perception goes, an image will be there. 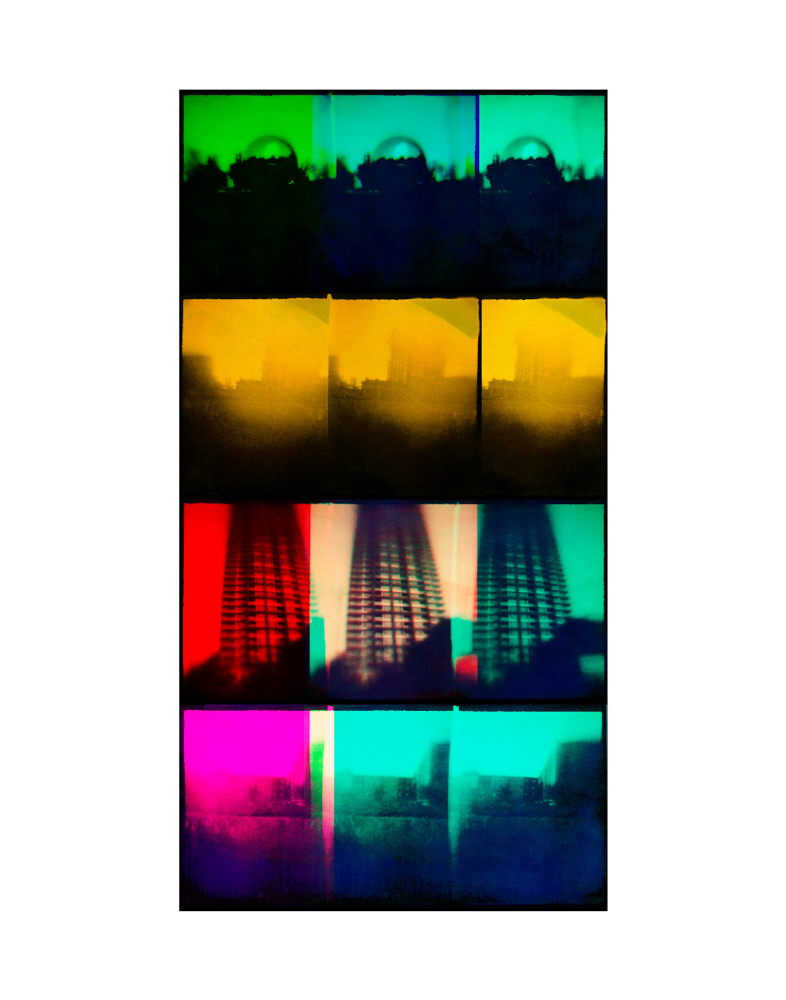 The final compositions are presented in three ways.

a) In stacked images, these are vertical de-constructions of perception (imagine taking your perception of a place apart in discreet pieces, one from the north, south, east and west then laying them out on a table – like flattening a globe into a paper map). The colored panels reflect my mood when I edit them because feelings shape perception.
b) The second presentation is as an anaglyph. This highlights the brain’s magical ability to build depth from very subtle parallax changes. I sometimes pull the left and right images apart so the viewer can see them separately, to note how slight the differences are.
c) As 3D video. I built 24 identical stereo cameras. Shooting with all of them at once produces two seconds of video (one image plays two frames). This presentation is about time and how perception can move.

The subject of the series is my home city: San Diego. Using the system above, I’m exploring the landscape and people around me. San Diego has a very superficial narrative carefully calibrated to attract tourists. My approach is rebellious. The camera is so unconventional, so odd, it’s certain to always produce an image of the city I’ve never seen before. It’s my way of rejecting the accepted story of the city and seeing it anew. – Cy Kuckenbaker 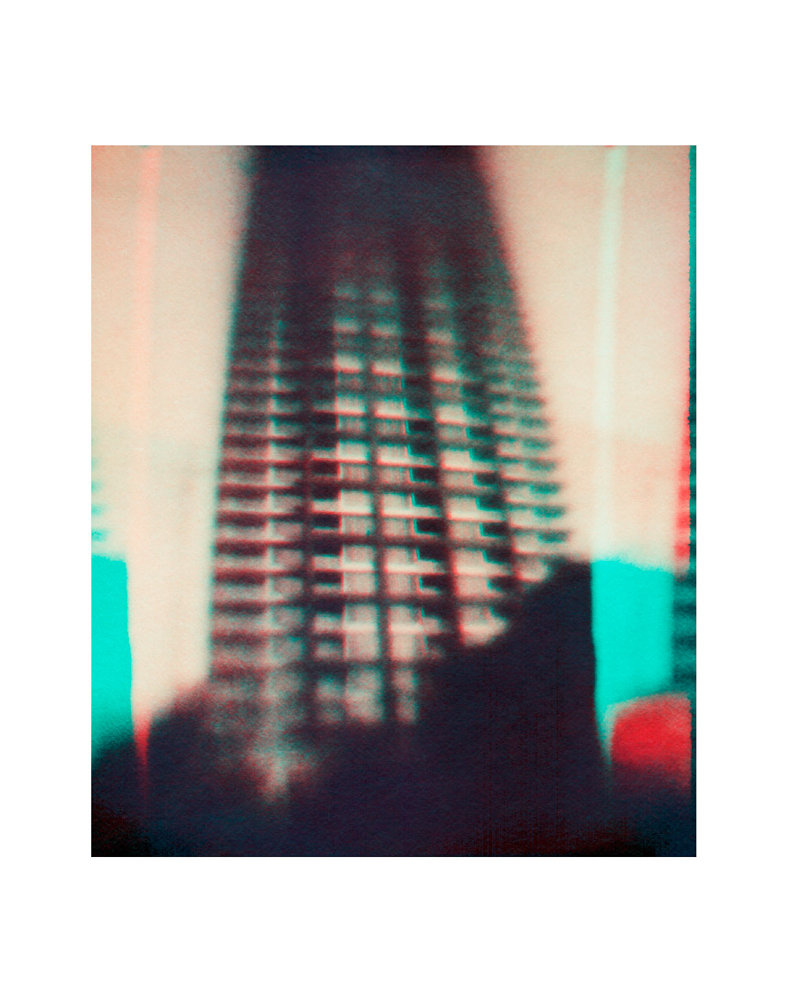 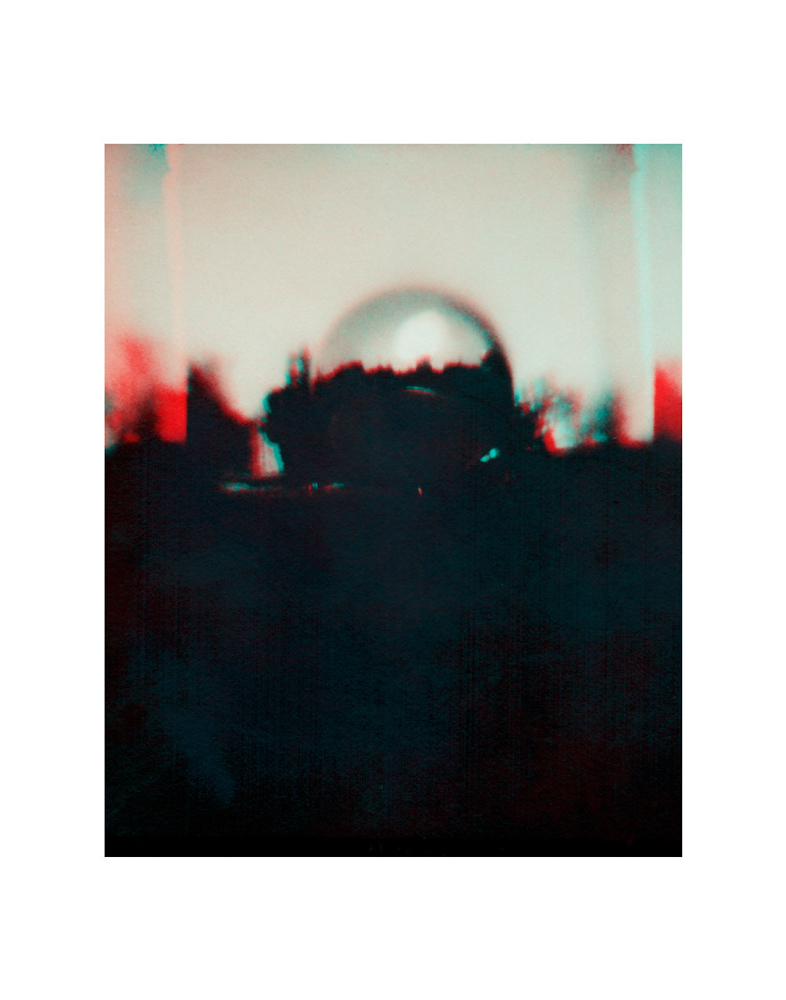 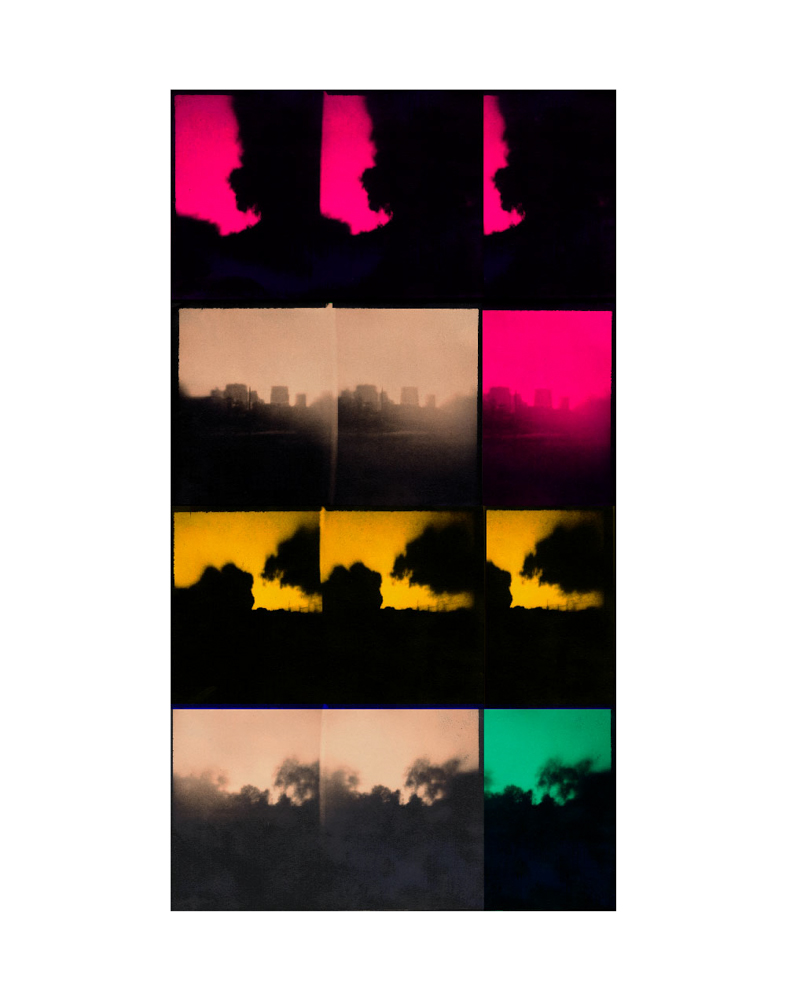 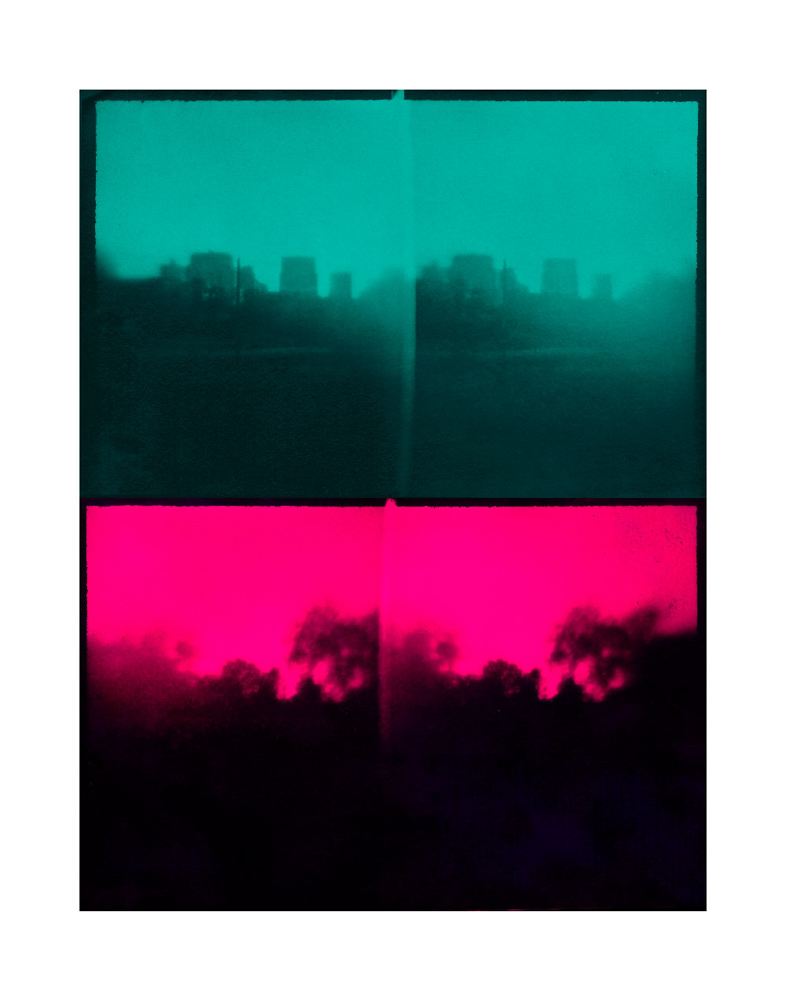 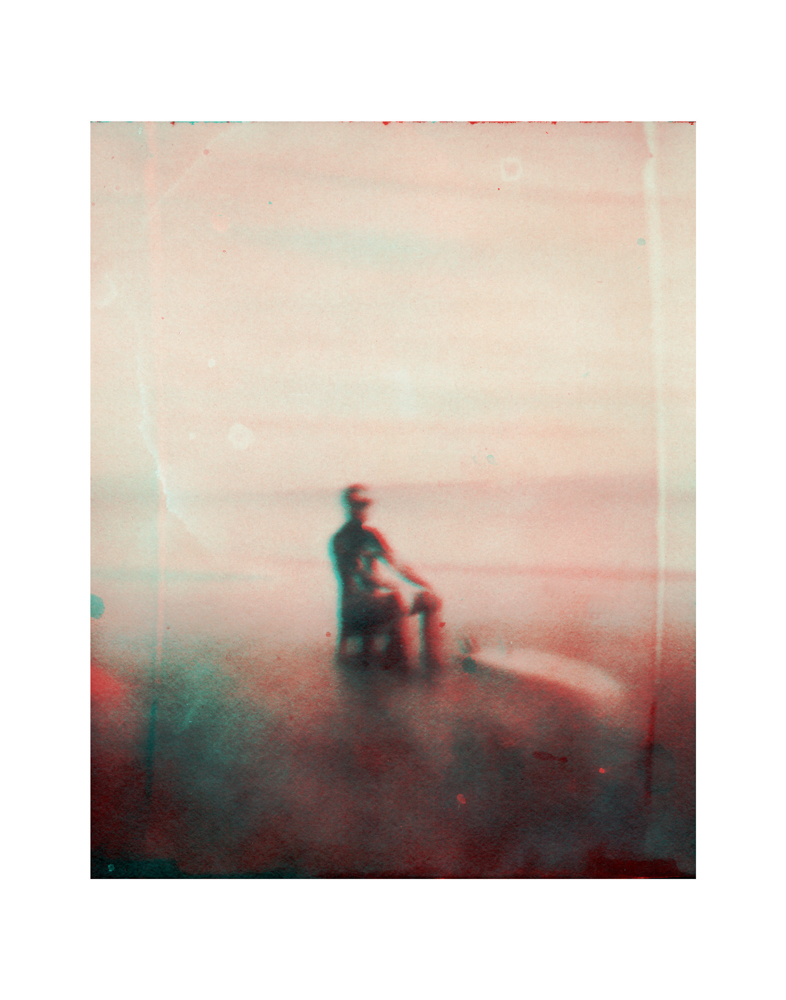 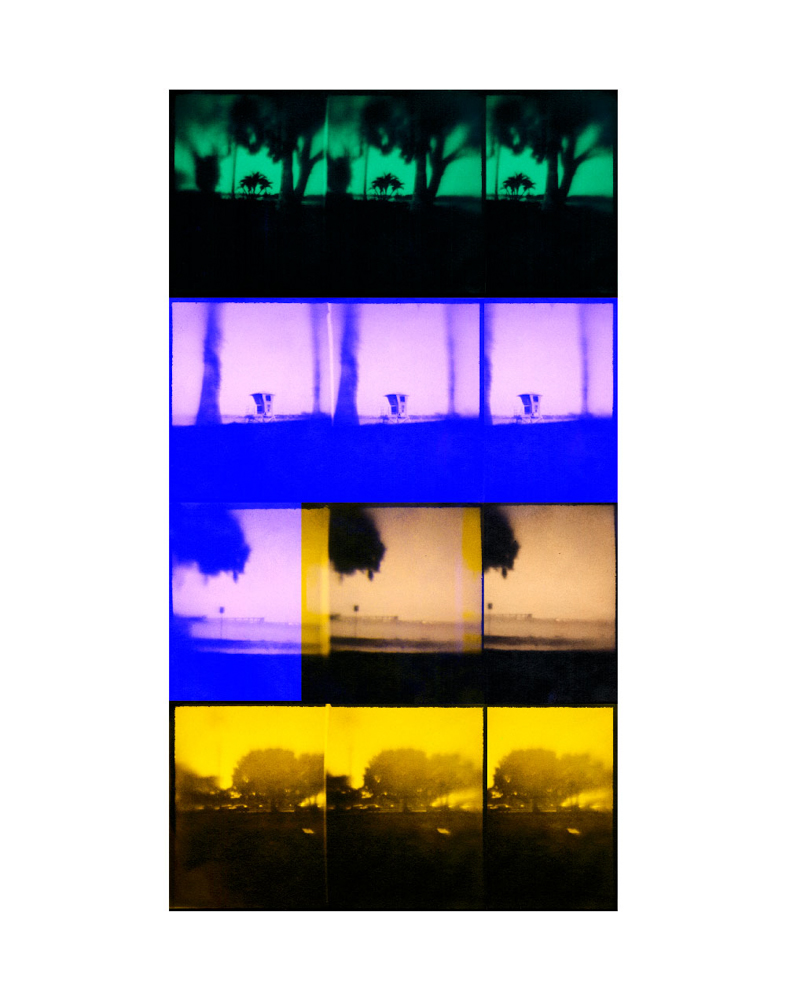 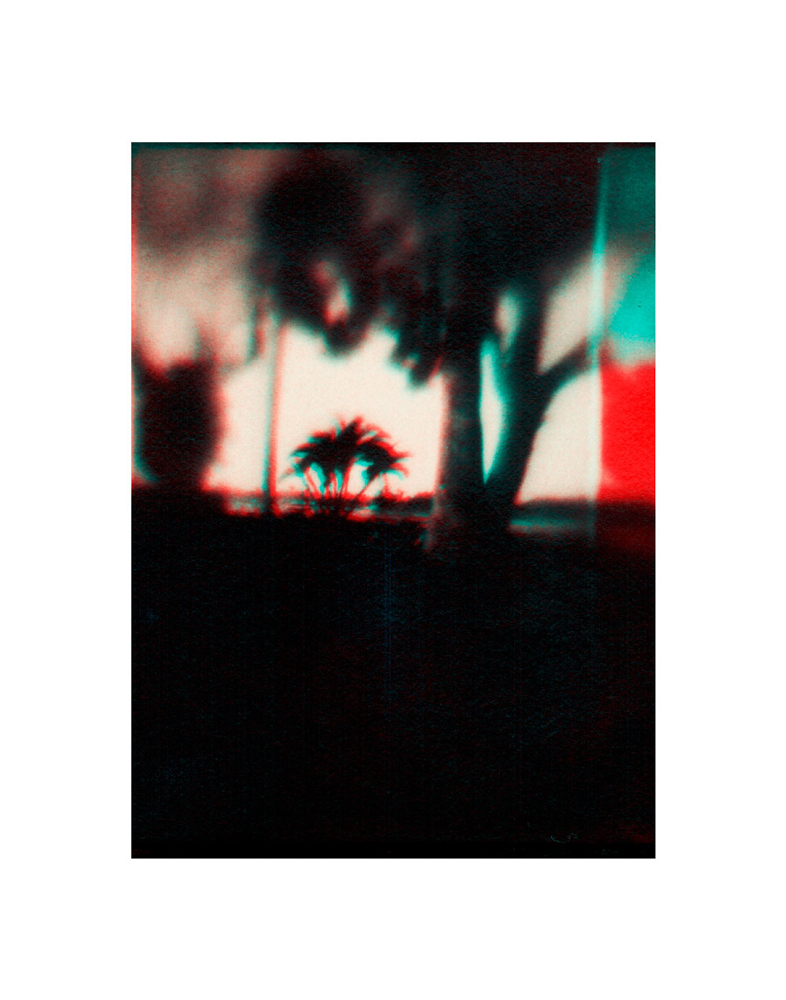 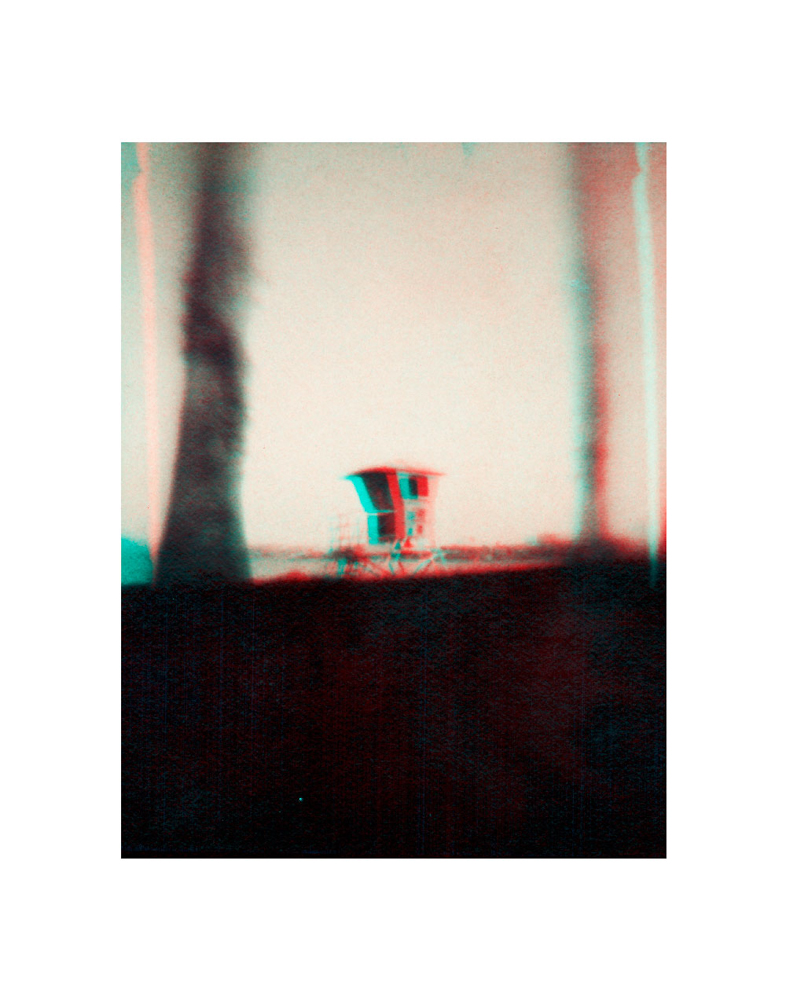 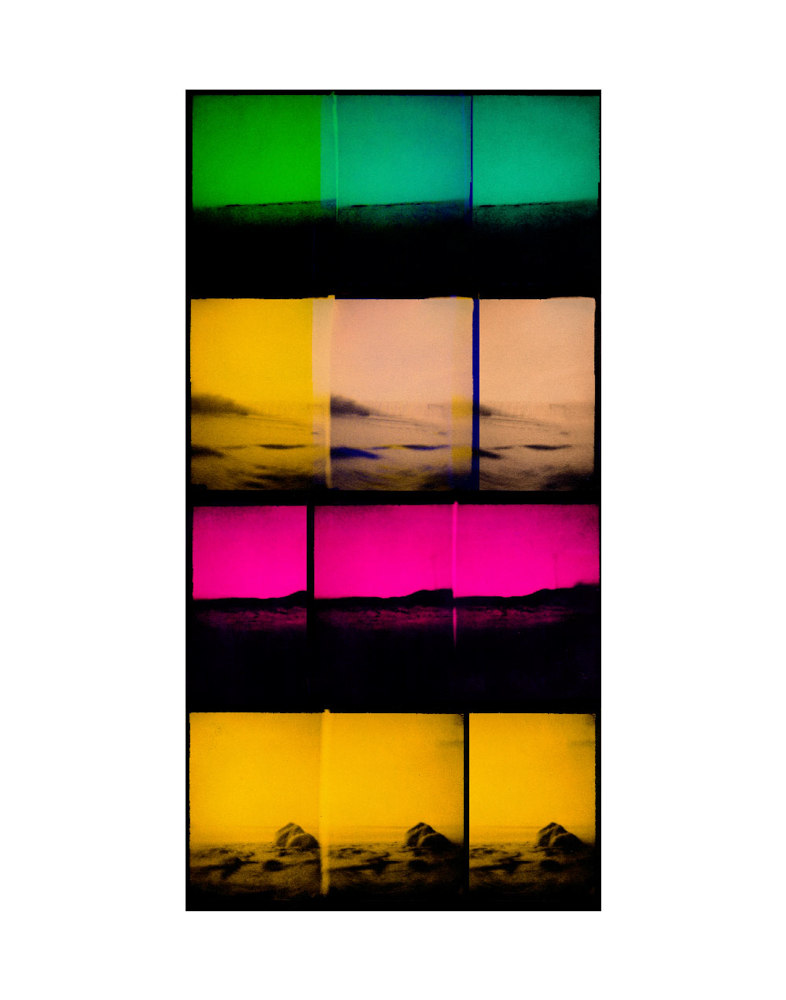 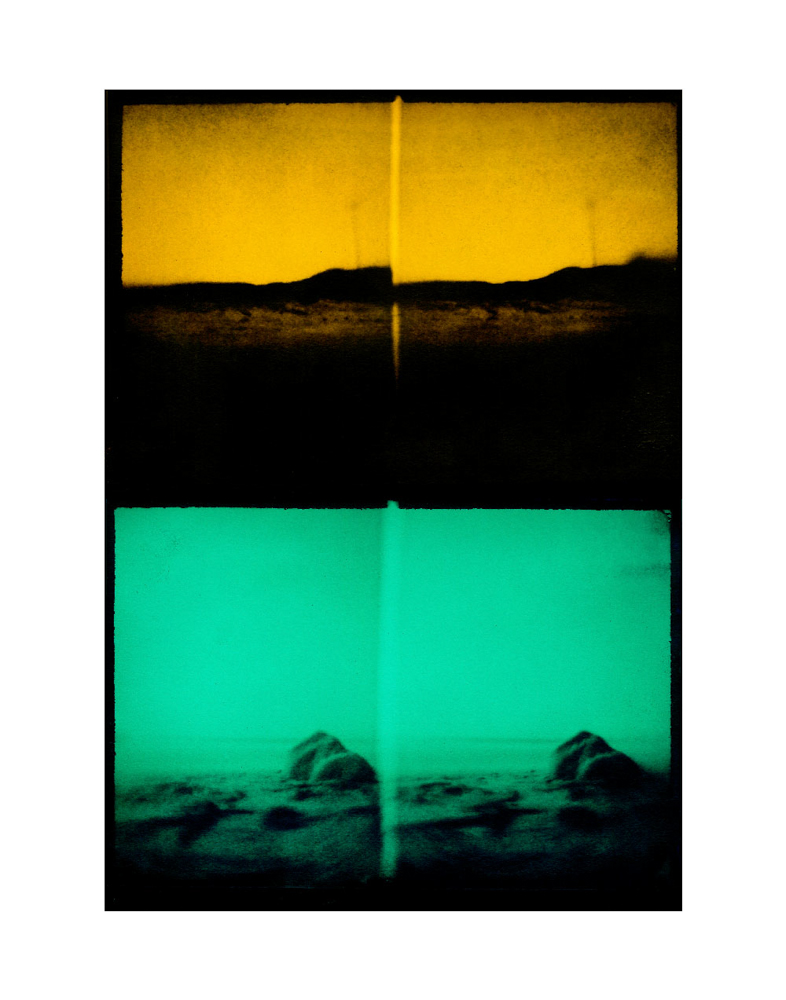 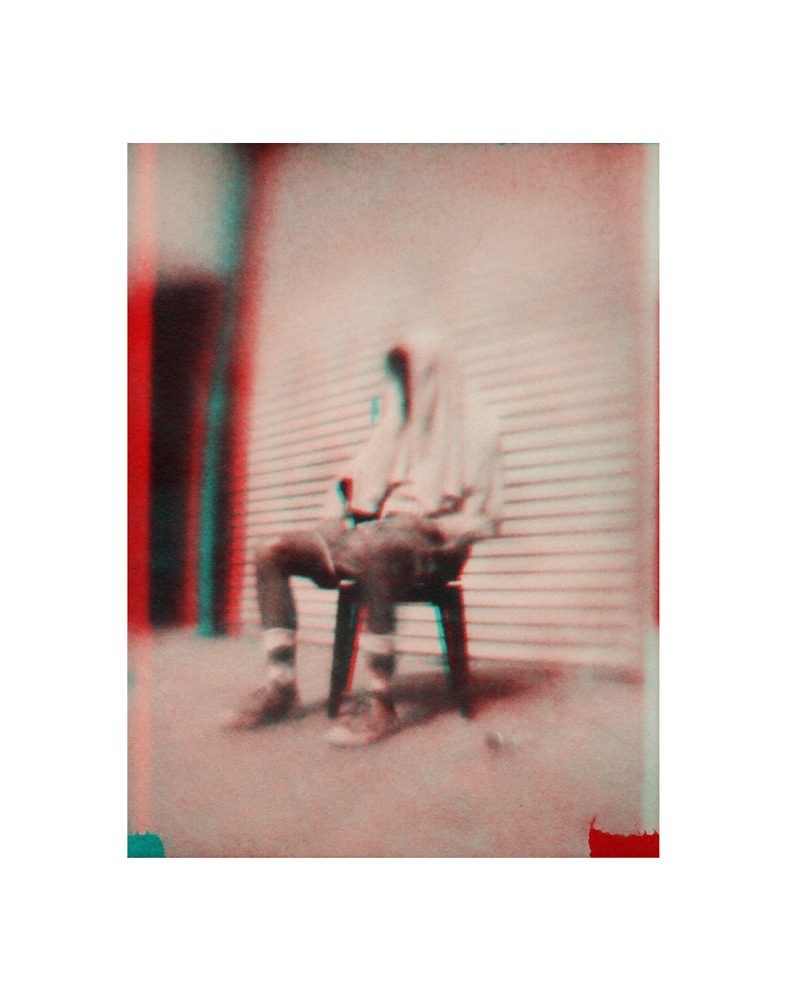 ©Cy Kuckenbaker, Self Portrait Facing West from The Cardinal Directions