Lies at the Colorado Photographic Arts Center by Aline SmithsonSeptember 1, 2018 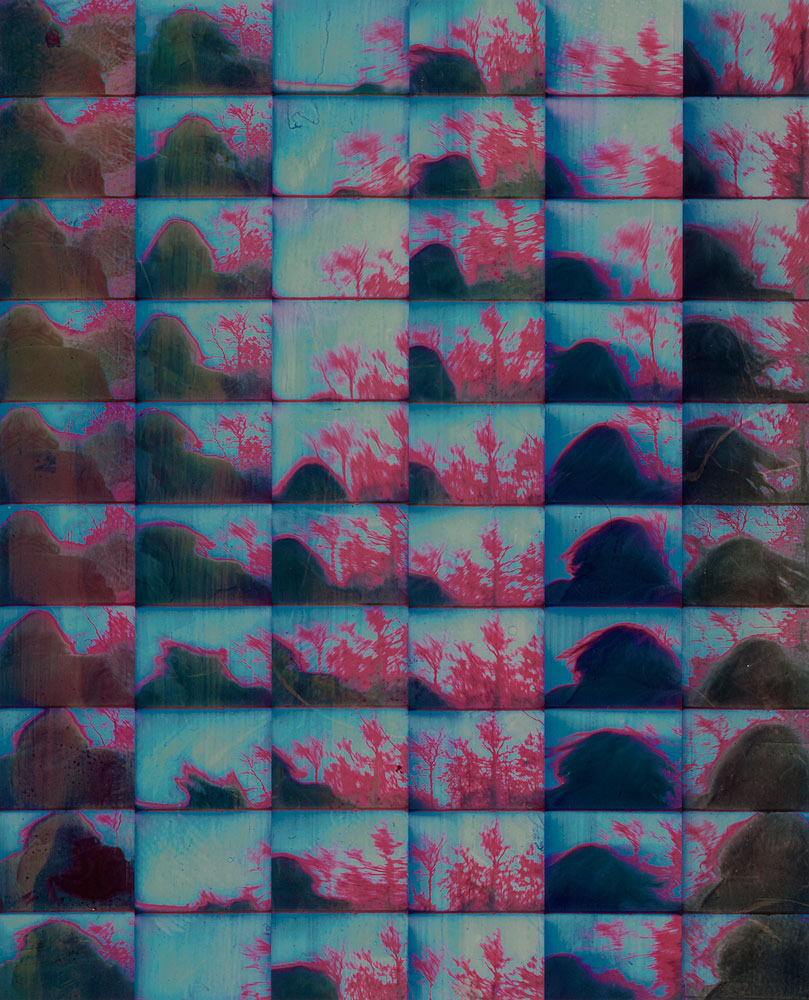 As photographers, we are well aware that the camera lies. It is a tool of manipulation, of misrepresentation, of deceit and fiction. But the camera isn’t the only thing that lies. We tell false truths, stir up fabrications and forgeries. And that makes things interesting. The Colorado Photographic Arts Center, presents a new exhibition, Lies, featuring the work of 10 contemporary artists who explore photography’s complex relationship to the truth and the effects of misinformation on American culture. The exhibition is juried by Richard McCabe, Curator of Photography at the Ogden Museum of Southern Art in New Orleans and runs through October 6th, 2018.

“The Lies exhibition features the work of ten contemporary photographers whose practices address the idea of truth in photography. With their cameras and computers, these photographers create work that blurs the lines between the real and unreal, fact and fiction, myth and reality. Rejecting a straight modernist approach to photography, this collection of image-makers push the boundaries of photographic purity by creating photographs that challenge the camera’s ability to objectively render reality. Lies is a timely exhibition that explores the camera’s changing role in an age where the validity of almost every photograph is in question.”

A sampling of images and excerpts from each artist’s statement is included below.

On a perfectly clear January day we paused to record a pastoral scene comprised of a lingering freight train and a sparse but sprawling silica plant beyond the transport. Thus, began the series if.

Although enthralled by the captured mis-en-scenes and its details, we explored the images by first rearranging the images’ component parts. One change led to another until a concept emerged: the evolution of a bucolic rural “green” manufacturer into a mega industrialized complex gone unrestrained.

Not once in the making of this series did we contemplate deceit. We corrected, amended, deconstructed, reconstructed and transformed our images. We fabricated images from other images in order to change the original context and content. Is that a lie or a means to an end: turning fact into fiction to mirror contemporary issues? 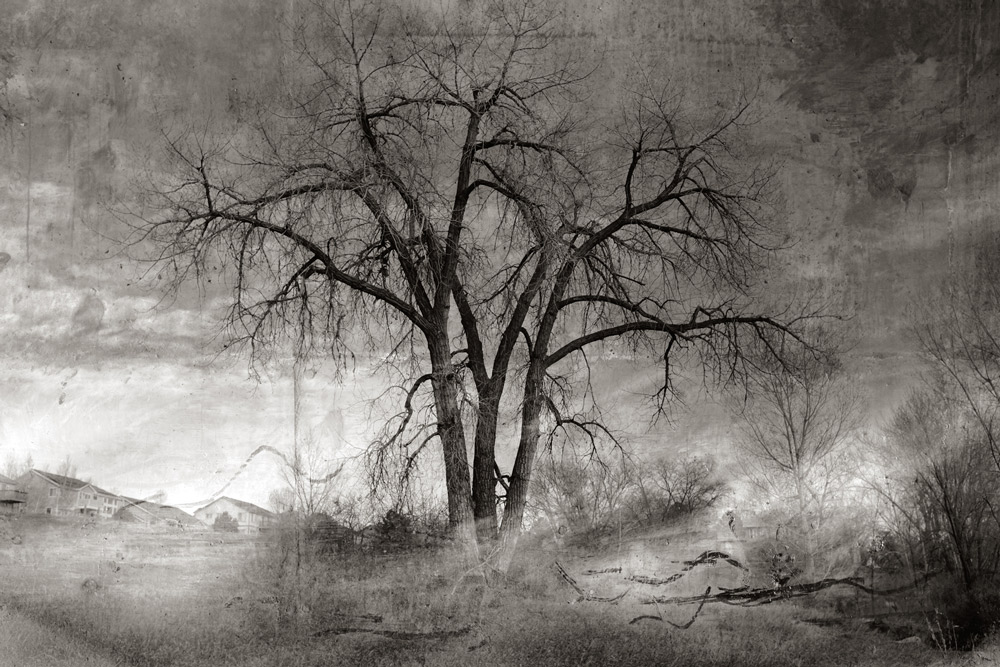 Winter is often seen as a time of death and despair—stark and bereft of color. But it is also a time of hidden life and beauty waiting to be explored. I’ve always loved winter light – it is clear and penetrating. All places have their own unique spiritual qualities that are brought out with different seasons. Winter light helps us see and feel the spirit of a place during a time of delicacy – woven together like a tapestry. 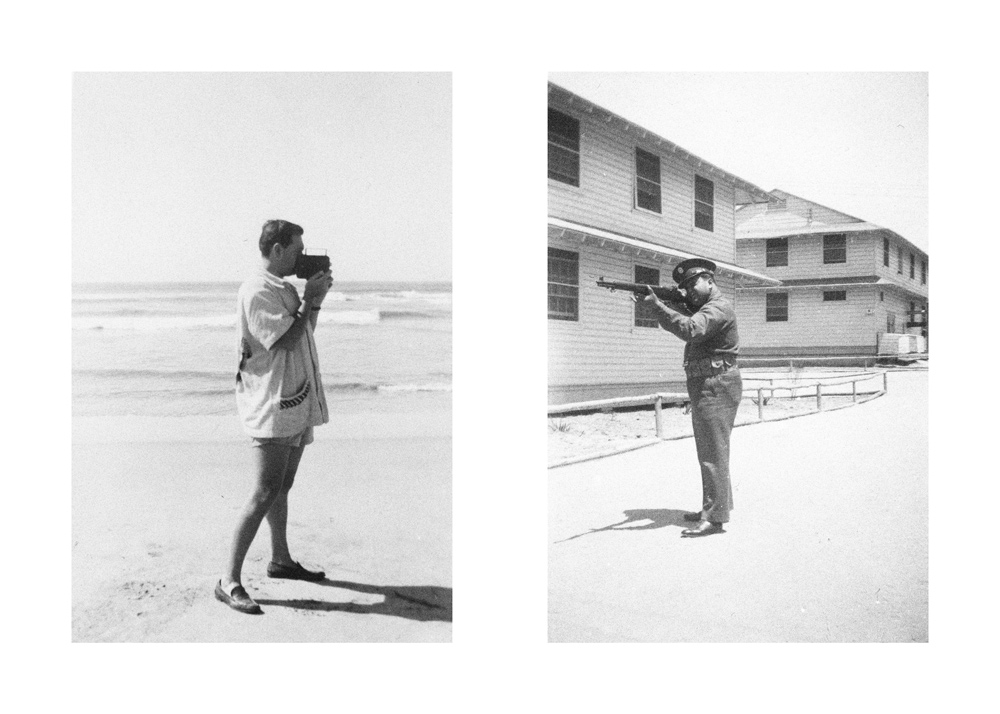 Reimagining explores the boundary between observation and memory. The diptychs in this project depict how observation gives way to memory, how truth and fiction merge, and how our experiences gain a new meaning through our reimagining. Like memory, intention gives way to intrusion, and so the sequencing of these photos is random. 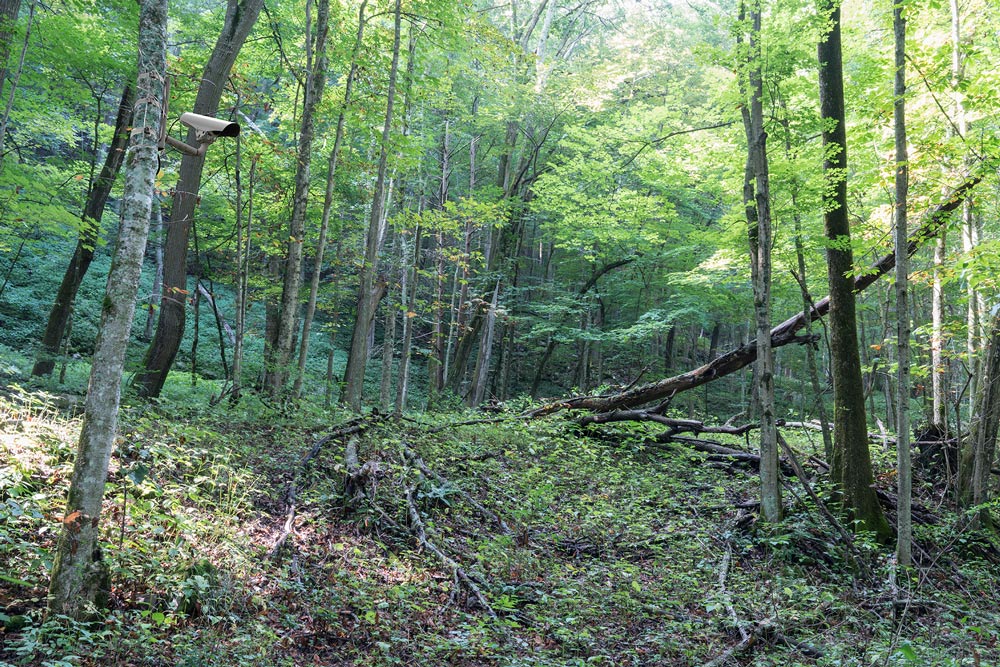 The series Feral Infrastructure speculates on the integration of smart technology into the rural landscape. Devices for recording and transmitting data have become increasingly prevalent in cities. These include radio masts and towers, transmitter stations, various antennae, and traffic light cameras. They are installed unobtrusively, often invisible in the daily lives of inhabitants. My photographs draw attention to these devices by situating them in an unexpected context. Seeing them installed in the forest raises questions about their function in both urban and rural areas. Are these forgotten pieces of technology? Or are they intentional installed here? Do they continue to record and transmit data of their surroundings? If so, for whom and for what purpose? My photographs suggest what an Appalachian science fiction might look like, and how future technologies will impact these regions. 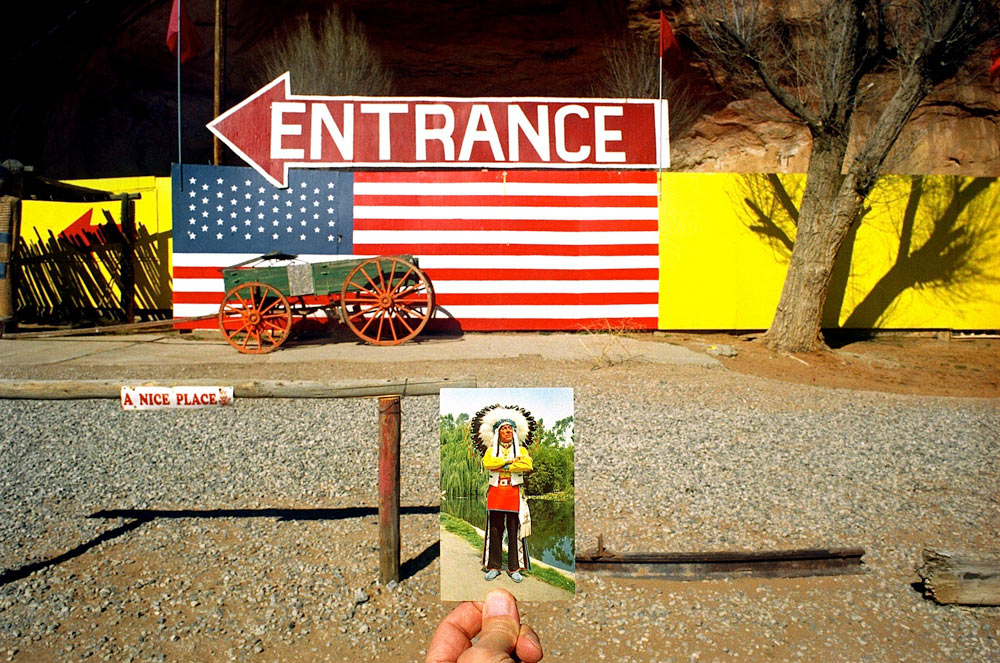 Using common images, some collected, some found, some more iconic than other, I have made an allegorical narrative in reference to Western culture. I replace or alter meaning of both the hand held image and location by interjecting a visual association representative of a different conscious reality bound to inform, confuse and possibly alienate the eye. This provides for and opens a new hybrid of aesthetics and subconscious identity defined by symbols.” 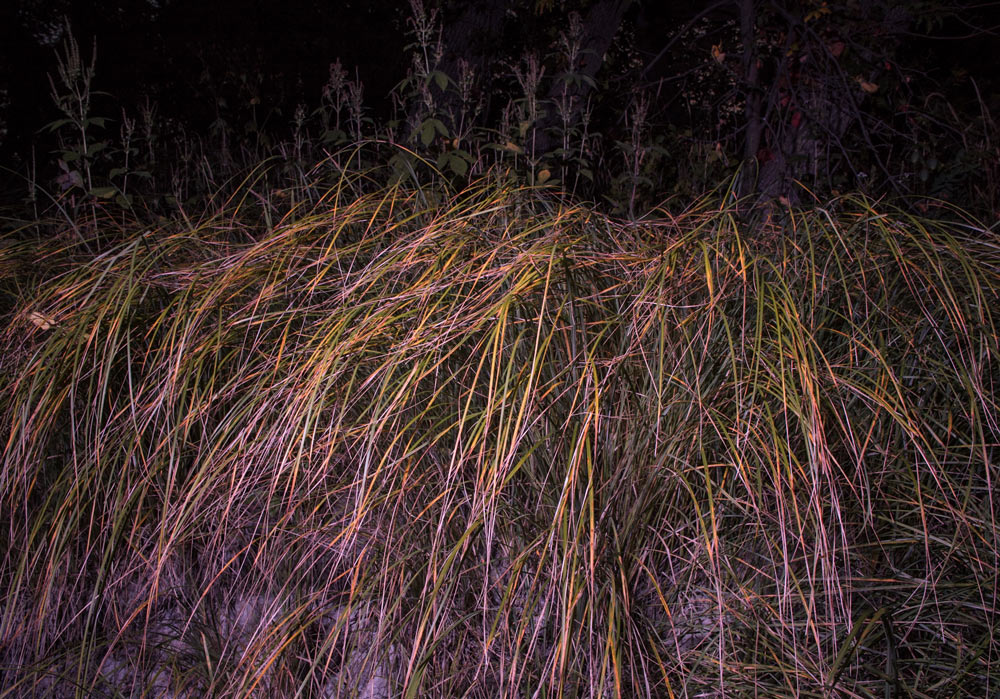 Images from my project, “Minnesota, Watershed” document and interpret the Buffalo-Red River Watershed District in northwestern Minnesota through manipulated landscape images. Through the use of portable studio lights I aimed to create imaginative, fantastical images of the rivers, river banks and adjacent woodlands that attend to the myth, spirit, and deeply felt connection residents have to their natural systems. Further, by drawing upon the narrative quality of colored gels, I sought to highlight the dynamism within these spaces. 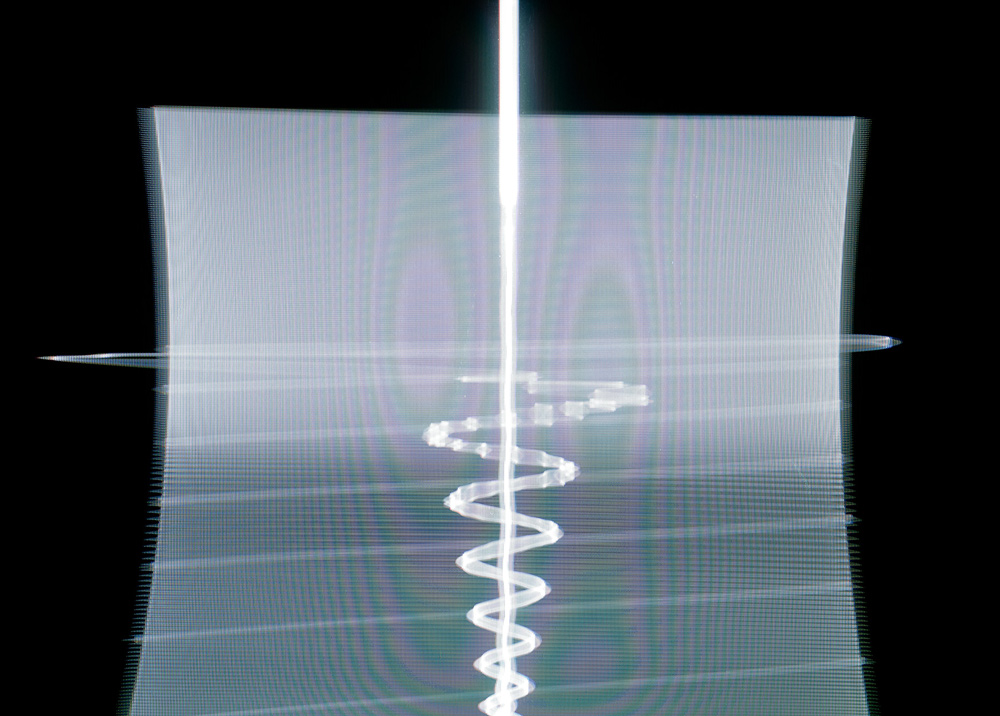 ©Andy Mattern, from the series TV

TV is a series of photographs that shows a television screen at the moment it is turned off. Light patterns that are mostly imperceptible to the naked eye emerge as the electrons producing the image recede from the glass surface. This gesture is meant to question the purpose of the TV, to inform and entertain us with images. What happens when the audience defies the technology rather than passively viewing? 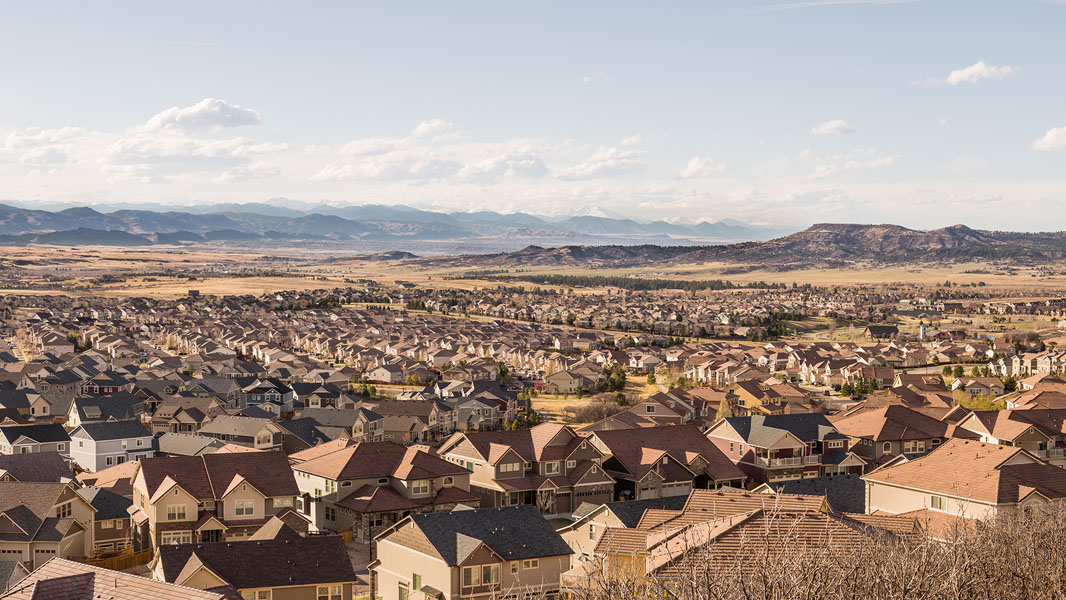 Denver, with its history of cowboys and cattle ranchers in the later part of the 20th and early 21st century has become increasingly suburban. The myth of the west, which essentially promised land and prosperity to all willing to work hard and move west, has come to its fruition as a huge house in a small lot in a housing development. Perhaps the myth of the American Dream, which promised a single family home, a car, 2.5 children, and a white picket fence to each American, is the one to thank for this. Or perhaps is an interesting collision of both of these myths that creates this unique landscape around Denver. Either way, neither of these ideals are totally fulfilled by the suburban sprawl that exists today. These images endeavor to portray the collision of these two myths and the effect that they have on the landscape. 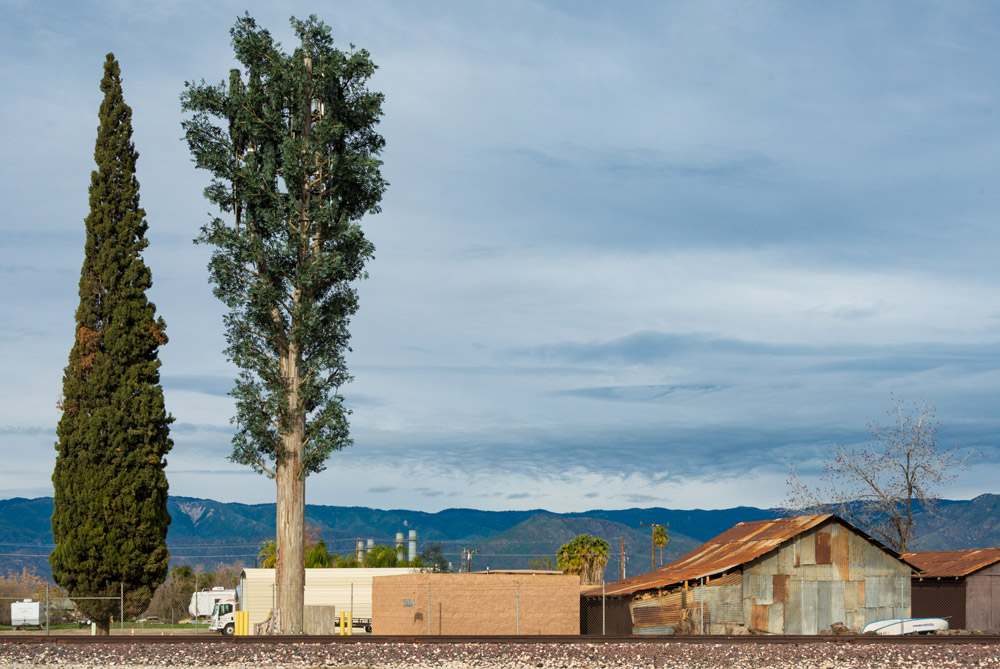 My project, Fauxliage, documents the proliferation of disguised cell phone towers in the American West. The fake foliage of the trees draws more attention than camouflage. For me, they are screaming to be noticed. This strange array of palms, evergreens, flagpoles, and crosses has been growing in my area in recent years. But why are they disguised? Why the ruse? They are part of the built world; why are they treated any differently than other utility towers or telephone poles? These towers are often found in aesthetically unappealing areas, like bordering freeways or in industrial parts of town. The disguise increases their cost, and they are often found near “naked” cell towers. Concealment alone does not fully explain their existence. 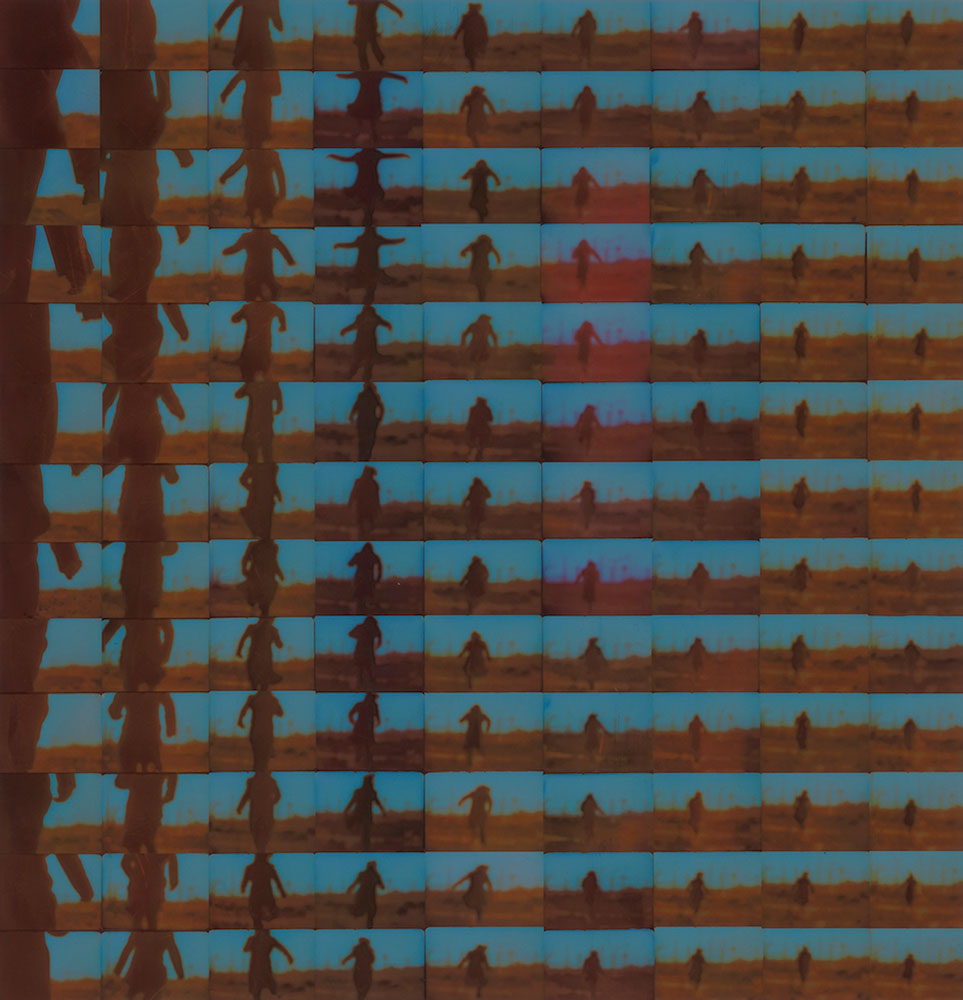 Photography presents the illusion or “lie” of reflecting reality; really it creates a new reality. Film adds the additional illusion of continuous time, even though we know we can only really  experience the present right now in this moment. These pieces originate in strips of 16 mm B&W film shot, hand developed and stained in 1971. Segments of film have been scanned using a high resolution flat bed scanner to rescue individual frames which were then arranged using photoshop. The images are stacked vertically so that they can be read through time from left to right. Since 16 mm film runs at 24 frames a second, each frame represents 1/24th second of life preserved and yet transformed. The color modifications from the original staining process altered the reality of

the photographic image, creating the poignancy and mood of each piece. In “Uphill,” the 60 frames are consecutive; the distortion of color and image moving in and out of frame is evocative, unsettling and surreal. Each image captures one moment, but the sequence creates the illusion of passing through time and space. As you see each piece, it expresses a new being-time which includes your experience.

Richard McCabe has worked within the curatorial department of the Ogden Museum of Southern Art since 2005 and was named its curator of photography in 2010. He has curated over 25 exhibitions, including Seeing Beyond the Ordinary, The Mythology of Florida, Contemporary Alabama Photography, The Colourful South, and Eudora Welty: Photographs from the 1930s and 40s. He is also curator of New Southern Photography, a large-scale exhibition featuring the work of 25 photographers that debuted at the Ogden in the fall of 2018 and is available for travel to other institutions through 2021.

McCabe received an MFA in Studio Art from Florida State University in 1998. That year he also received a fellowship to the American Photography Institute’s National Graduate Seminar at New York University. From 1998 to 2005 he lived in New York City where he worked for numerous art galleries and museums, including the International Center for Photography. He has also taught photography at Pratt Institute in New York City, Fairfield University in Connecticut, Montclair State University in New Jersey, and Xavier in New Orleans. His photographs, paintings, drawings, and installation art have been exhibited in numerous galleries and museums throughout the United States. In 2017, Aint – Bad press published LAND STAR, a monograph of McCabe’s photography.

More information about Lies is available on the Colorado Photographic Art Center’s website.