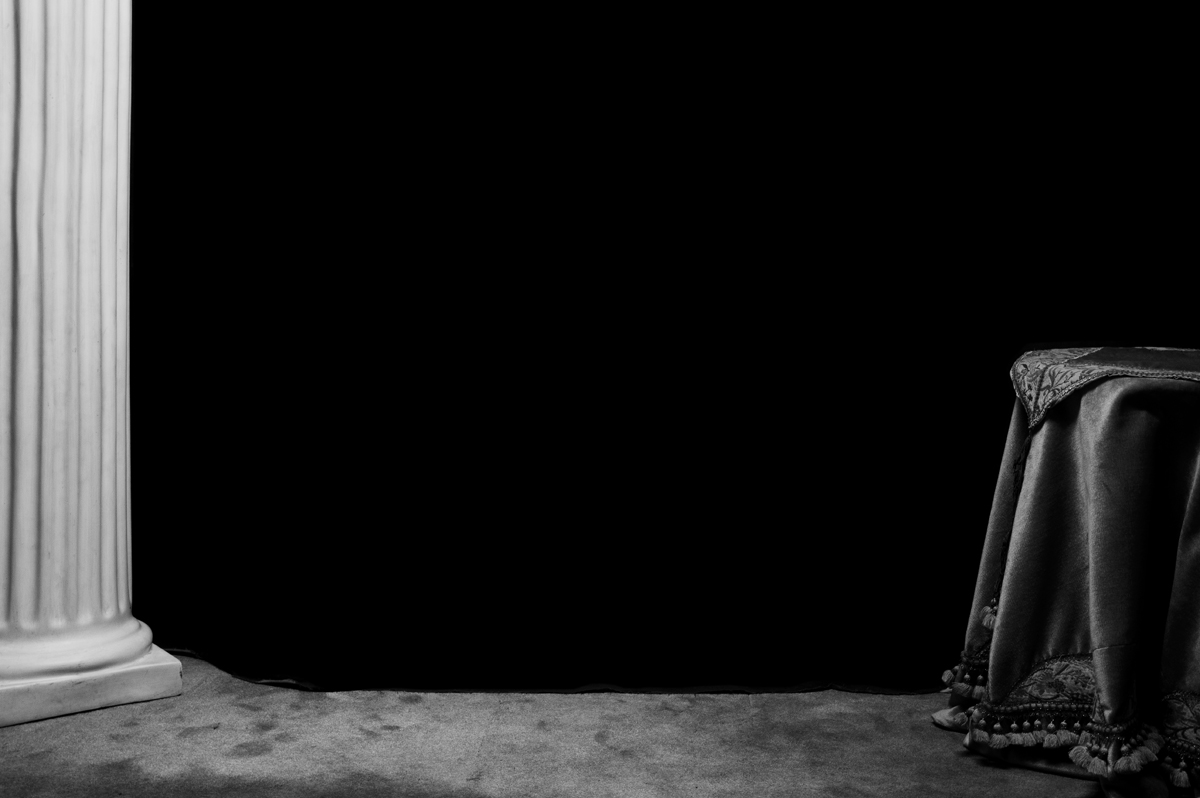 One of the pleasures of attending the FotoFest 2018 Biennial Meeting Place Reviews was meeting reviewers from around the globe who journied to Houston to celebrate and appreciate photography. I am so grateful to gallerist Patricia Conde Juaristi, of the Patricia Conde Galeria in Mexico City, Mexico for sharing a week of Mexican photographers with the Lenscratch readers. The gallery has specialized in contemporary photography since 2009, and is currently the only Mexican gallery focused on promoting various photographic practices.  Today she shares the work of Humberto Rios – Aline Smithson

Mexico is internationally recognized as the birthplace of great and transcendent artists, from painters, writers, sculptures and of curse photographers. Photography has its beginnings in Mexico in the year 1840, only six months after its discovery. It was used to hold a record on landscapes, portraits, archaeological zones and warlike events. Guillermo Kahlo and Hugo Brehme took charge of the architectural themes.

Eventually, the photograph is integrated into the historical moment of the Revolution, which was documented by Manuel Ramos, Antonio Garduño and Agustín Víctor Casasola, creating one of the most famous archives: The Casasola.

Men and women who understood that the camera can also be an artistic expression, came to this country, as an example: Edward Weston and Tina Modotti. Meanwhile, students of Agustín Jiménez from San Carlos Academy challenge and rethink the photographic endeavors. With this current, one of the best Mexican photographers will come, Manuel Álvarez Bravo.

It is thanks to these ‘masters’ that Mexican photography starts a history of great artists and earns a very important place among collectors worldwide.

Nacho López and Héctor García are among the most recognized photojournalists; there are also photographers who generated high-quality work with strong thematic content, such as: Graciela Iturbide, Mariana Yampolsky, Flor Garduño.

As of the relevance of photography in Mexico at all levels of discourse, it was strange that there was no a specialized gallery interested in taking these extraordinary artists to the world; for this reason, in 2009, Patricia Conde Gallery opens its doors to Mexican photographers. Photography in Mexico has evolved beautifully and taken different approaches, generating worlds that illustrate the reality of both its environment and its generation, crating top-level artists. Today Mexico has a deep and wide range of takes on photography, artists are completely invested in research and old techniques, while dialoguing with the contemporary. Some contemporary photographers to have your eye on are: Humberto Rios, Adam Wiseman, Patricia Lagarde, José Antonio Martínez and Oswaldo Ruiz. – Patricia Conde Juaristi 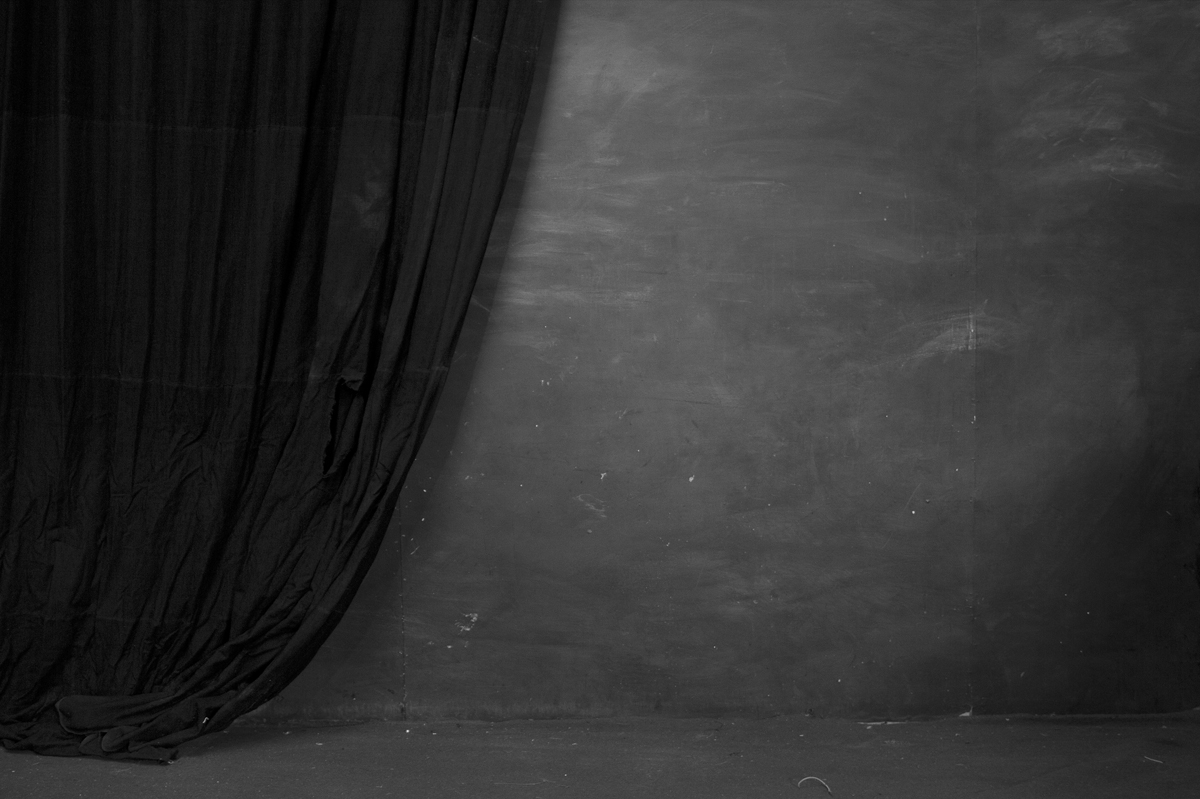 Humberto Ríos Rodríguez (Mexico City, 1983). Degree in Visual Arts by the Escuela Nacional de Artes Plásticas (UNAM), Master in Visual Arts with honorary mention in the National Autonomous University of Mexico with a project made in the National Museum of Art, under the mentorship of Laura González Flores, PhD, member of the IIE-UNAM. He attended the Seminar of Contemporary Photography in the Centro de la Imagen with tutoring Gerardo Suter and Pavka Segura.

Ríos was nominated to the  Latin American Photography Award Purificación García, in Zona Maco 2016, and He been awarded with the adquisition prize of the XXXI Encuentro Nacional de Arte Joven INBA-ICA (2011), Honorary Mention in the II International Artists´ Book Fair of the Centro de la Imagen (2011), Honorary Mention in the XXX Encuentro Nacional de Arte Joven (2010), the Young Creator´s Grant (FONCA) two consecutive years 2009-2010 and 2011-2012, the Young Creator´s Grant of the State of Mexico. FOCAEM 2013. Select in the National Biennal of Visual Arts of Yucatán (2014), and in 2012 he was selected to participate in the Trasatlántica – PhotoEspaña review in San José, Costa Rica. He was select in ¨Renovated Visions, 8 Young Photographers¨ by curator José Antonio Rodríguez, Revista Mexicanisimo, enero 2016. 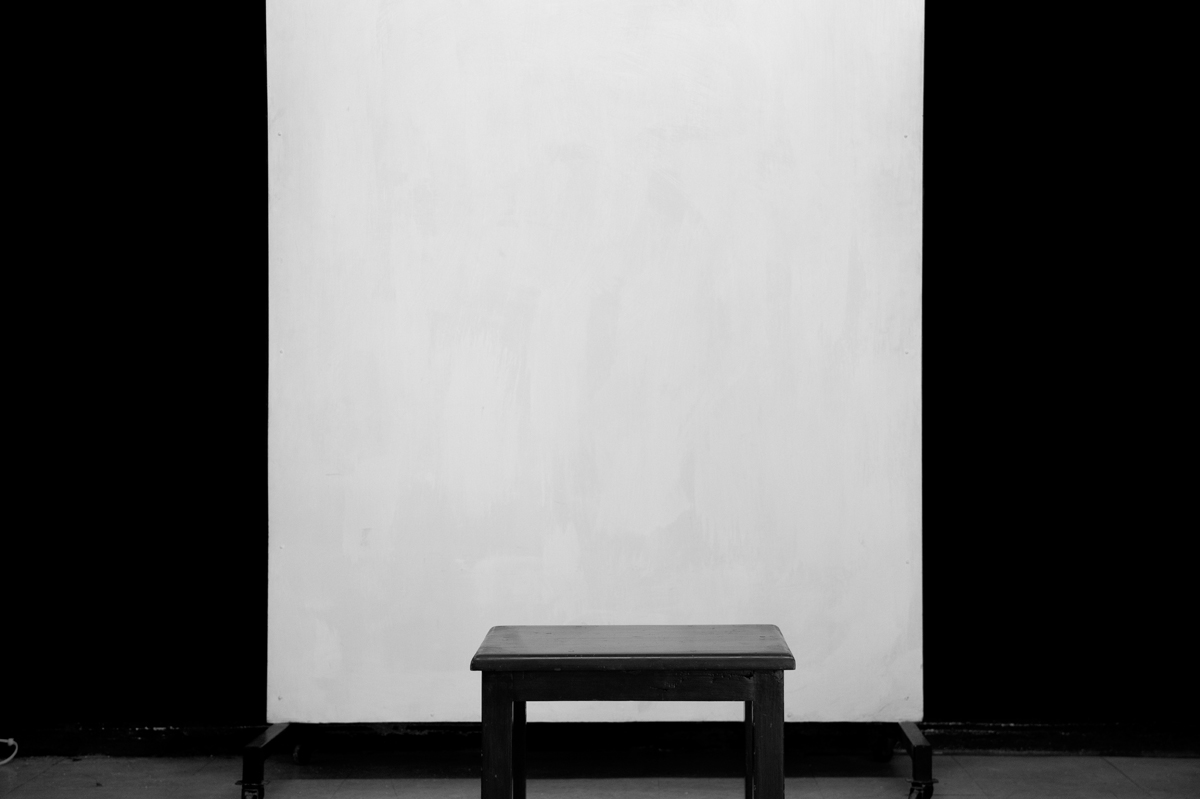 I. Silence and poetics

My photography is not about the aesthetics of emptiness, but about the condition of silence. I am interested in silence within the photograph because silence gets deeper into conscience as a trope in poetics, as a sort of anti-language where magnificence or economics of reality are concentrated within an indefinable and imaginary space, to a certain extent, untranslatable to objective significations of language. Silence refers to the unusual presence, to that which may not be said with language in a more emotional way, highlights anxiety before what is expected, and gives the possibility of surprising tension as time passes. At the same time, philosophers such as Luis Villoro and Rafael Argullol bring to the surface the signification of poetics as a type of epiphanies occurring under a veil of disturbing strangeness, without the need of accessories, against the vertigo of noise where, more than saying what it is, they make reference to what is not. Poetry not only tries to represent certain reality to communicate it or fix it, but also aims at serving as a mnemonic tool of a state of consciousness, emotion and presence of qualities of the same, also aiming at transcending it through the maximum nudity. Signifiers in my work are and are not as the photograph itself. Reality appears and is absent at the same time, tries to become representation of what may not be represented. In the photograph, transfiguration of time coexists between permanence and transience. 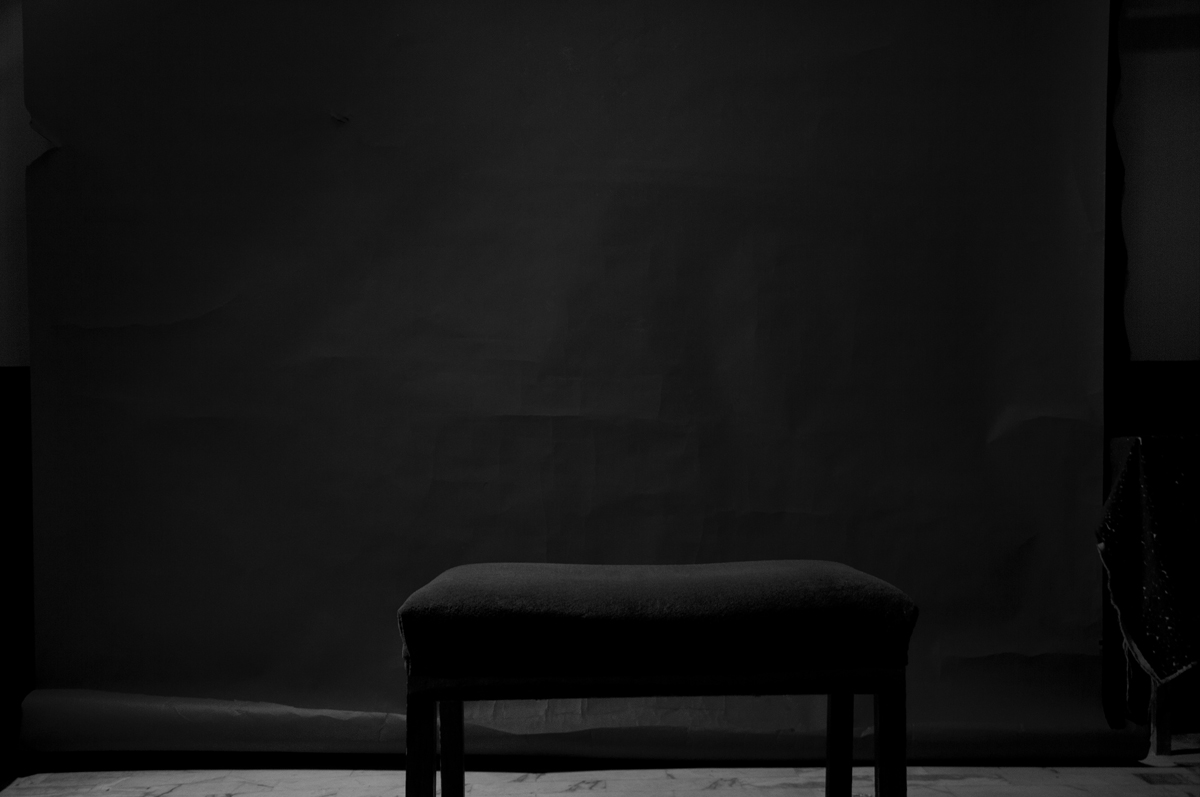 II. The place and history
In recent years, I have used photography as a point to research paradigmatic places (in historical terms), mainly in Mexico. Although each of my projects researches specifically various topics such as: art (Vestigios), death (Tránsito), archaeology (Documentos Forenses), the body (Yacer), or photography itself (Suspending Time), I think this corpus may be understood along a backbone which gets deeper in a monochordic, almost addictive way, into the transience of that which is human, with its various signifiers and contexts.

The place allows us to make an inquiry about the historic notion upon which the social classes are built. Space may not be separated from other very important notions such as territory, community, nation or identity. The notion of its inhabitants is a historical one, that is, the idea of space is not permanently understood in the same way throughout time, and does not remain neutral regarding the game of power, the place becomes a metaphoric space to pass through, a continual transit. – Humberto Ríos 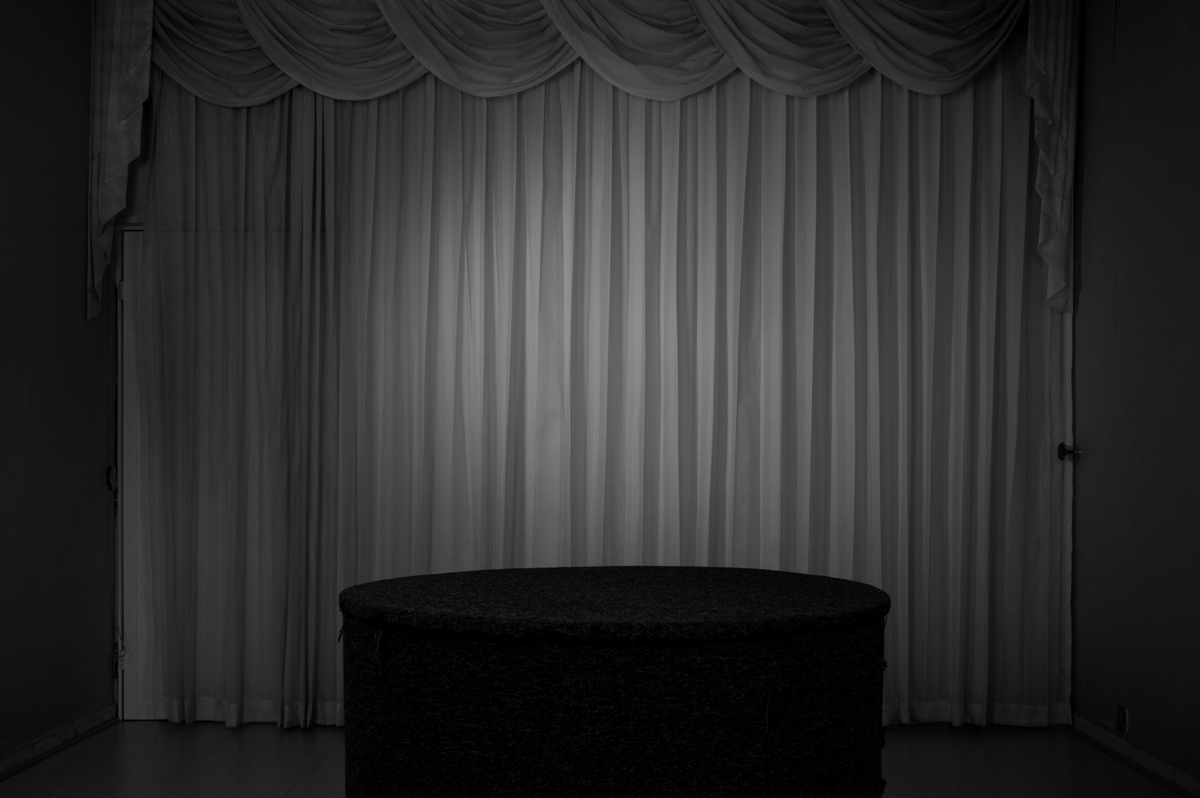 About his series Futurum

I. Time
This project investigates the relationship between future and photography, and their associations with writing. Under an apparent homogeneity, facsimiles of prophetic texts and premonitions of the future are represented in various historical times. Since the originals have been lost, others remain in ruins and some more were recreated centuries after their completion; Surges the initial questioning about our ideological need to constitute utopian representations (simulacra, illusions and tautologies) as an attempt to extend and interpret our existence in time.

II.Incertity
History is constructed as uncertainty. The future (Del Lat Futurum) traces its unfolding into “palimpsests” that oscillate between original and copy, distortions and impositions within a historical plot. In this project, photography is questioned from its historical representation as an illusion, or as a phantasmagoria according to Walead Beshty from a return of the “simulacrum of the simulacrum”. Photography is real and ungraspable, copy and original at the same time, its reference is always absent and when we want to use it to access the portrayed, we discover that we have a loss in front of us that we need to fill through mental representations.

III.Event
For the philosopher Clément Rosset the human drive to build a real and its double, is due to the difficulty of admitting the fragile term of the real, reason why individuals find in the double (the illusion), a larger space of projection. Future, photography and writing are combined as happening, stating that as Rosset says “in the absence of any destination, there is ruse, illusion, deception.”

The history of the images thus arises, under a constant of presences and absences, of appearances and strangeness. The project aims to question the human need for “representation”, their faith in photography as an illusion, trying to generate an object of substitution before the loss (of time, life, the symbolic, etc.). Reflection revolves around the hallucinatory and addictive power of the image, which has led men to confuse representation with reality. A long tradition of given arguments proves it: Plato devised a cave where the real remains hidden from the eyes of men, and the illusion becomes an allegory of the existing questioning our knowledge of things, Pliny the Elder turns an absent shadow into substitute body for Princess Corinthia; A Golden Calf is built paganly by the Jesuits in a biblical narrative, before the impossibility of the image of a God. 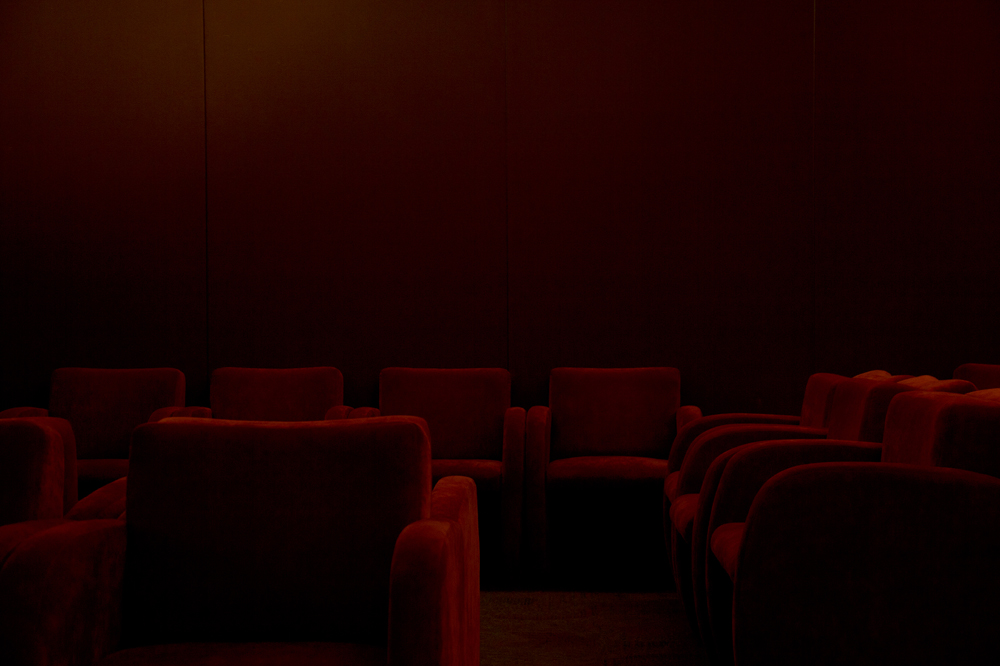 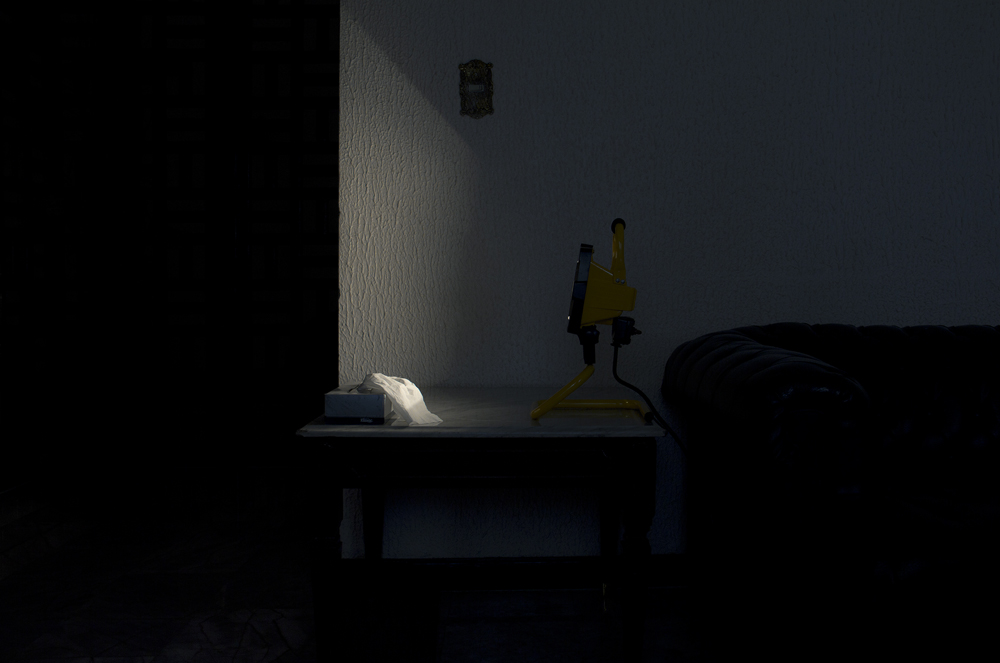 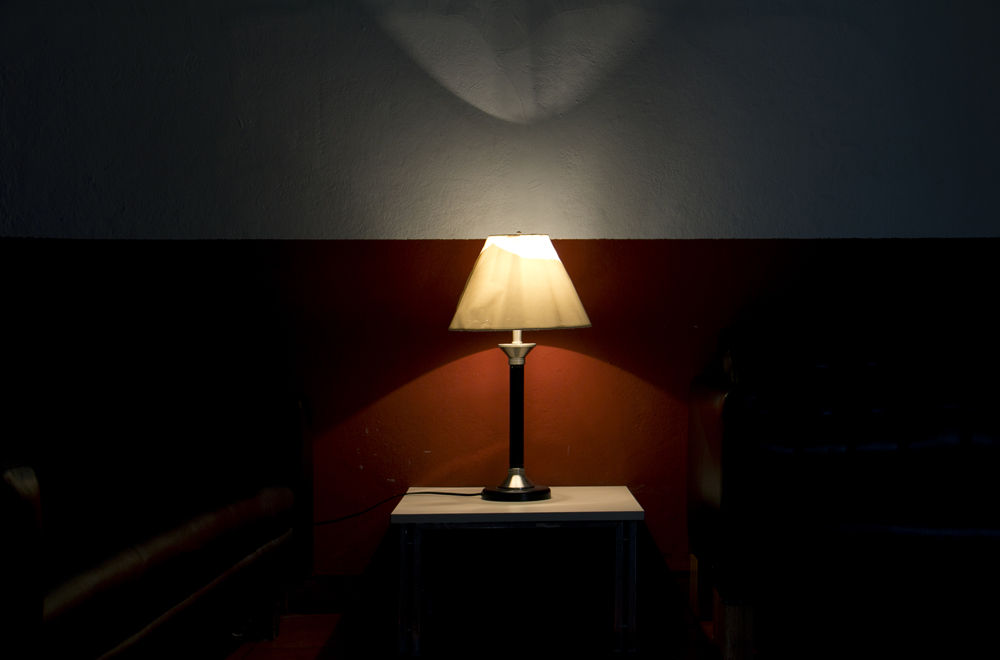 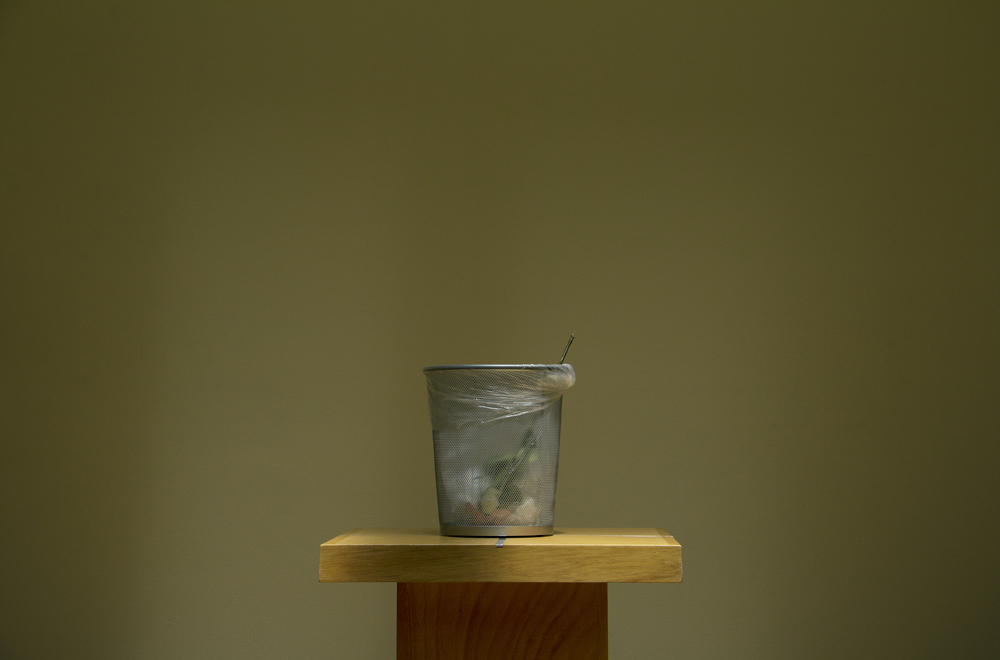 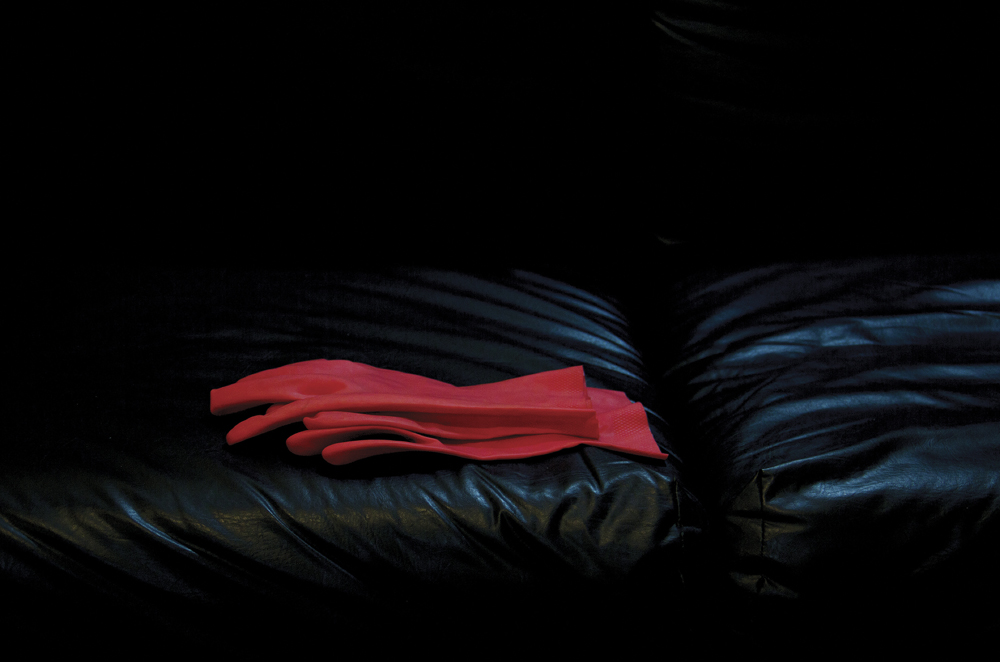 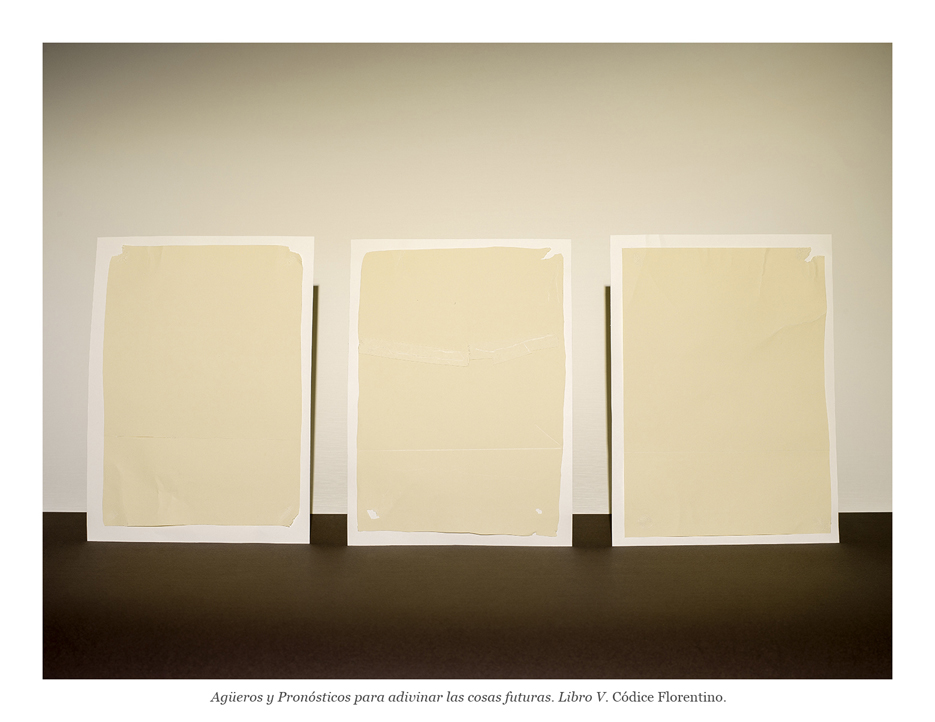 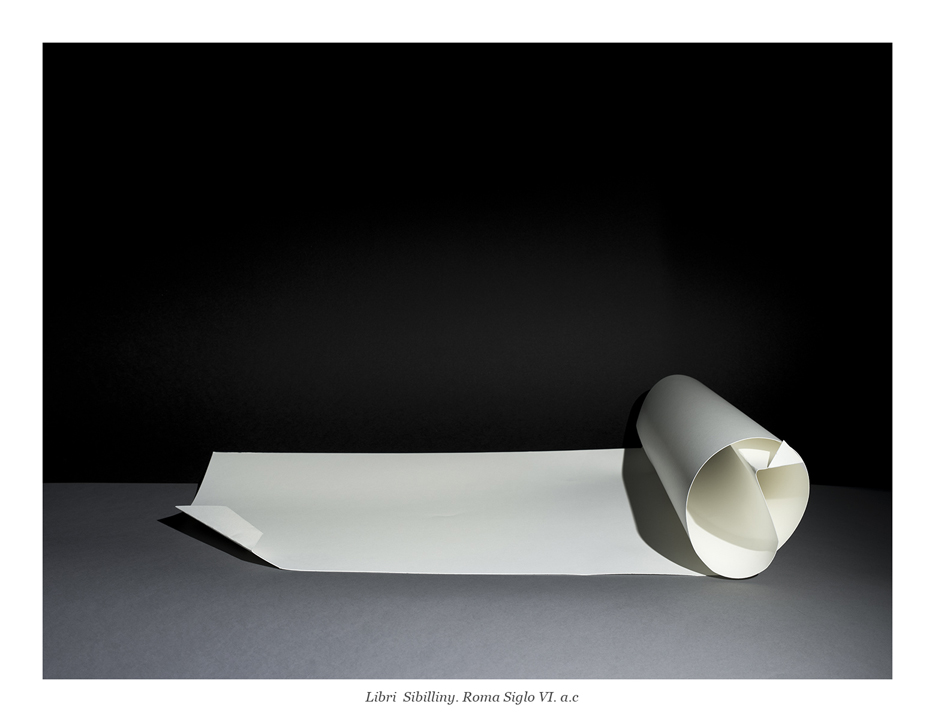 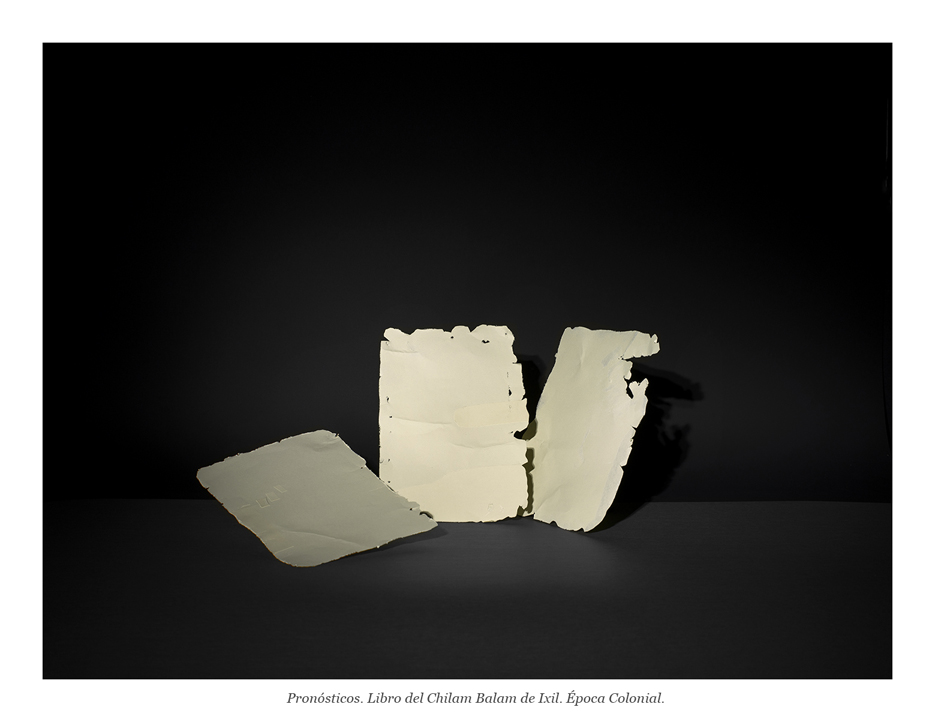 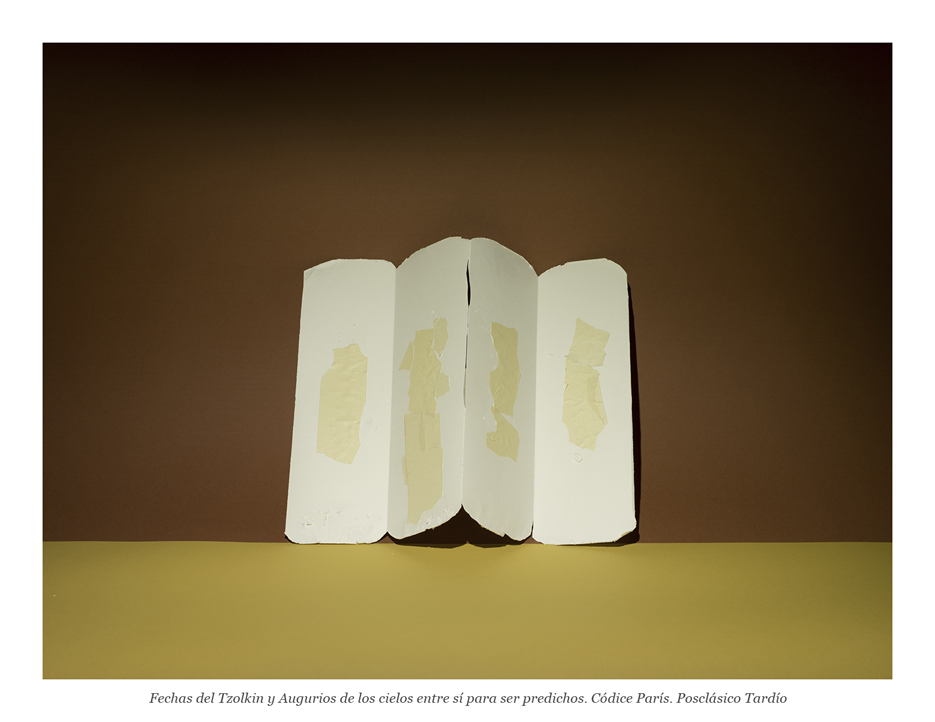 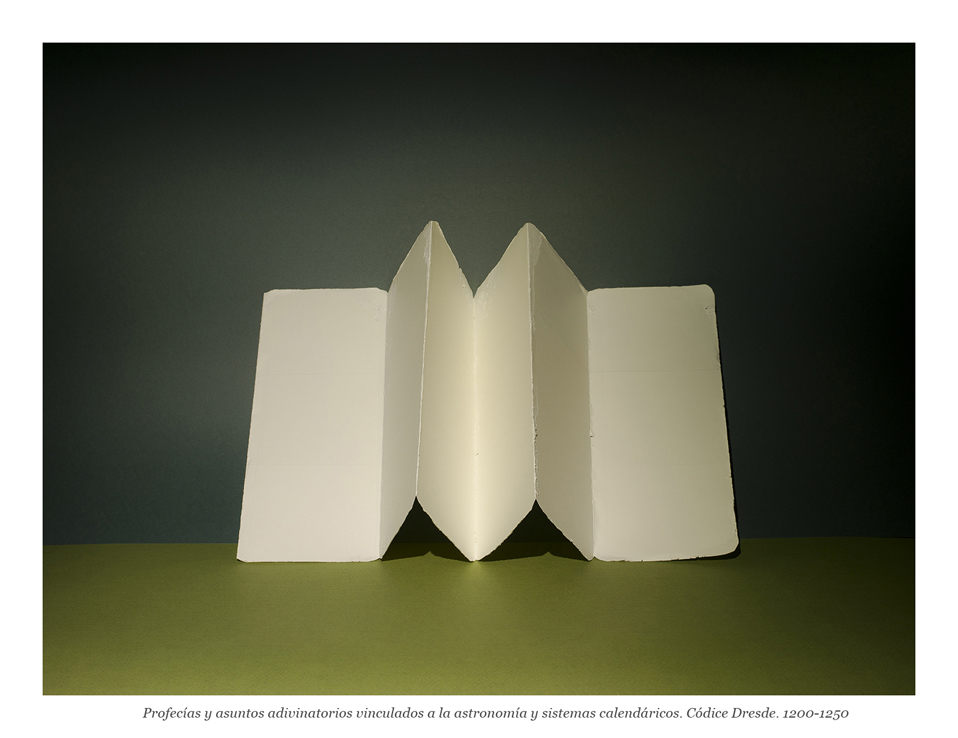