On Collaboration: Skylark Editions by Barbara Ciurej and Lindsay LochmanJuly 29, 2019

Under the banner of Skylark Editions, a nonprofit publishing project based in Chicago and Atlanta, two accomplished photographers team up to develop visually rich and compelling photobooks. Drawing from their individual practices, co-editors and photographers, Kelli Connell and Paul D’Amato (with editor-at-large Gregory Harris), bring their visual sensitivities and concise storytelling skills together to produce books with emerging and established photographers. These collaborations find expression in editions that are perfect jewels of content and form.

We wanted to learn about their multi-faceted process and how collaboration extends to working with the photographers they publish. Paul D’Amato speaks for Skylark Editions here:

Barbara Ciurej and Lindsay Lochman: How did Skylark Editions come into being? When and how did the idea evolve? What were the surprises and learning curve?

Paul D’Amato: The idea evolved out of a general interest in photography books that became increasingly more focused over a number of years. It spiraled in from first teaching together; then Kelli’s informal “PHOTObooks + Beer” get togethers; hanging out at the New York Art Book Fair; and then finally over a fire pit in my back yard where we decided to give it a shot. After that it took many meetings to think through issues such as kinds of photographers, styles of books, business models, etc. Even the name took a while until we were at a bar called Skylark one night and we thought, why not this? The owner was a neighbor of mine and so I asked if he minded. Since then we’ve even held a few fundraising events there. Practically, it started with receiving a faculty grant from Columbia College Chicago. The funds from the grant payed for the production costs for our first, modest, single signature book, NATIONAL TRUST by Jay Seawell. 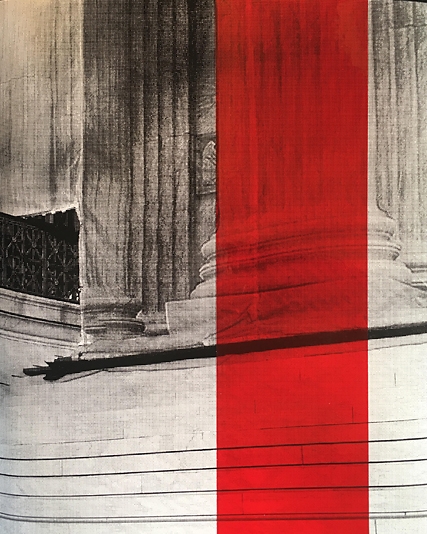 National Trust, by Jay Seawell, takes a critical look at the structures of power in American political and media culture. Softcover with screen-printed dust jacket. 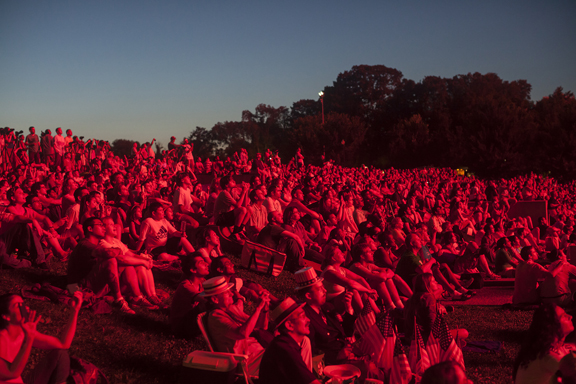 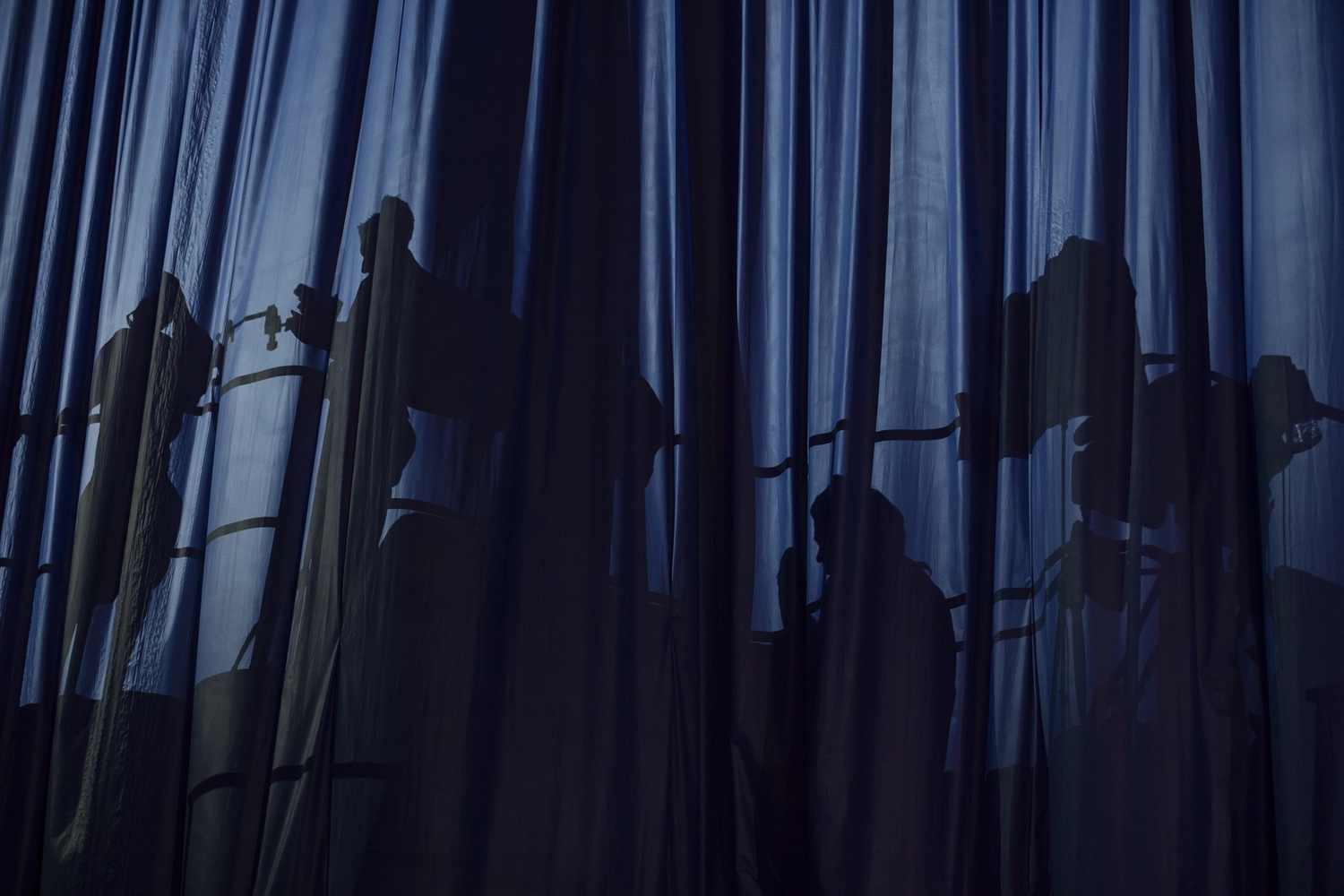 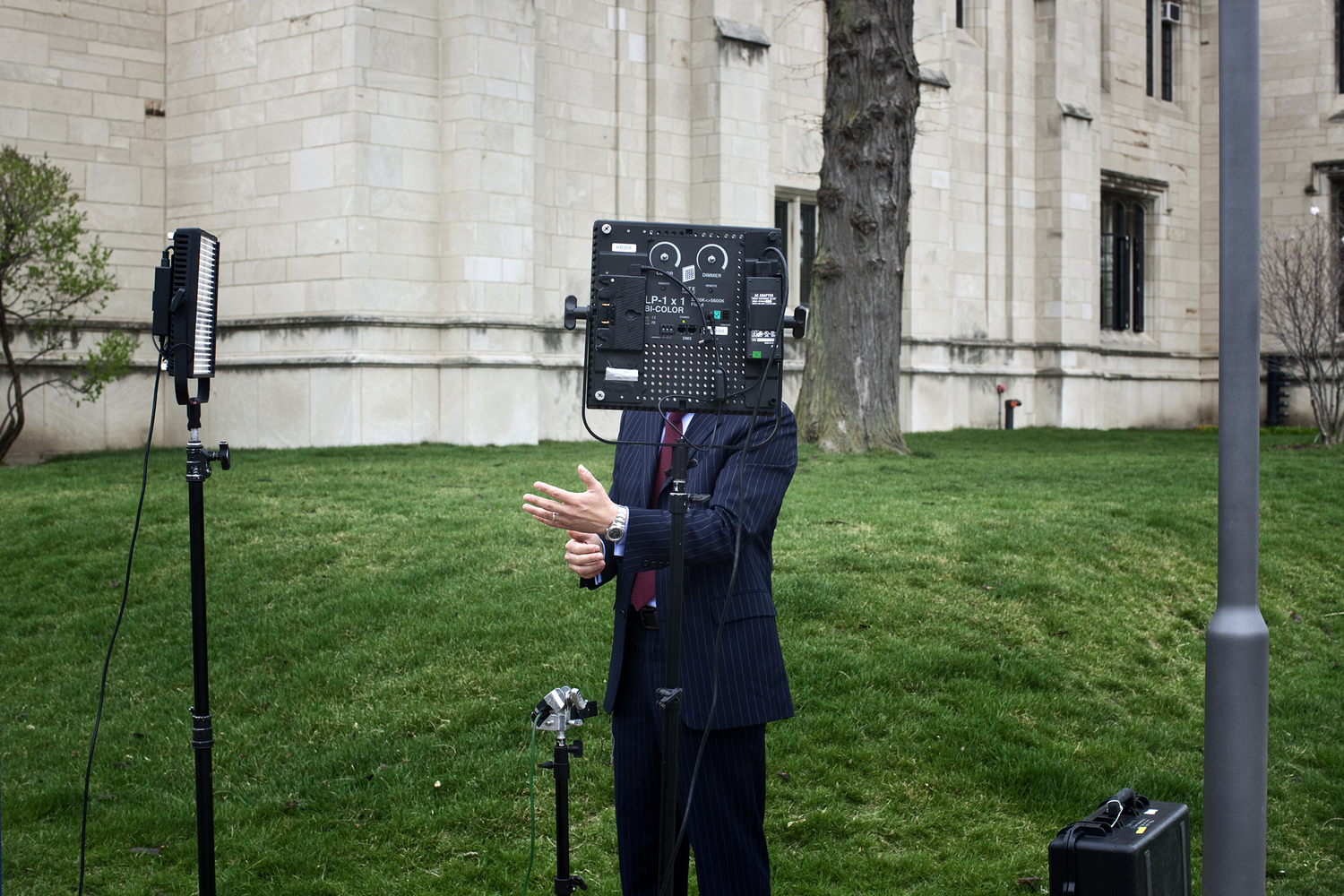 The learning curve is really steep. So steep. It’s one thing to hold a book in your hand, even to teach a book making class, which I do, and quite another to start a business. That may seem like an obvious thing to say, but it’s really like going from: “hey I like kids” to then having one. The answer to this question could fill a small book. In fact, books have been written about this.

The biggest surprises, from my side of it, would be that it’s great to see that it actually can be done, that we can produce books that are on par with the many books we like and inspire us. The other surprise has to do with managing expectations and personalities. That bit – so here’s another analogy – is like starting a band with a bunch of friends. You all love the music, no problem, but after that figuring out who is best at doing what takes time and a lot of discussions (…at more bars, so not so bad). Right now we’re four albums in with two more in production and some ideas for future projects.

BC and LL: Both you and Kelli Connell function as editors. What degrees of collaboration does that entail? (How do you communicate with each other, how do you choose projects, who advocates which ideas, how do you resolve disagreements, and how often do you meet?)

PD: It took a while for us to realize that we needed to meet every other week to stay on track, for me in particular. I get distracted easily, Kelli, not so much. But the meetings are fun since we have other things to talk about since we also teach together and because there is no shortage of fun places to hang in Chicago. We alternate taking the lead on projects and discussing budget & production concerns with artists. We will be looking at portfolios together this fall at the FILTER PHOTO festival in Chicago.

BC and LL: Do you consider the photographer a collaborator in the process of the development of a book? How are they part of the process?

PD: The short answer to that is, yes, of course. But that varies as projects come to us in various stages of completion. Natalie Krick’s NATURAL DECEPTIONS book was virtually ready to send to the printer right away, while other projects have involved numerous conversations about everything from editing, to paper choices. So the degree of collaboration varies. 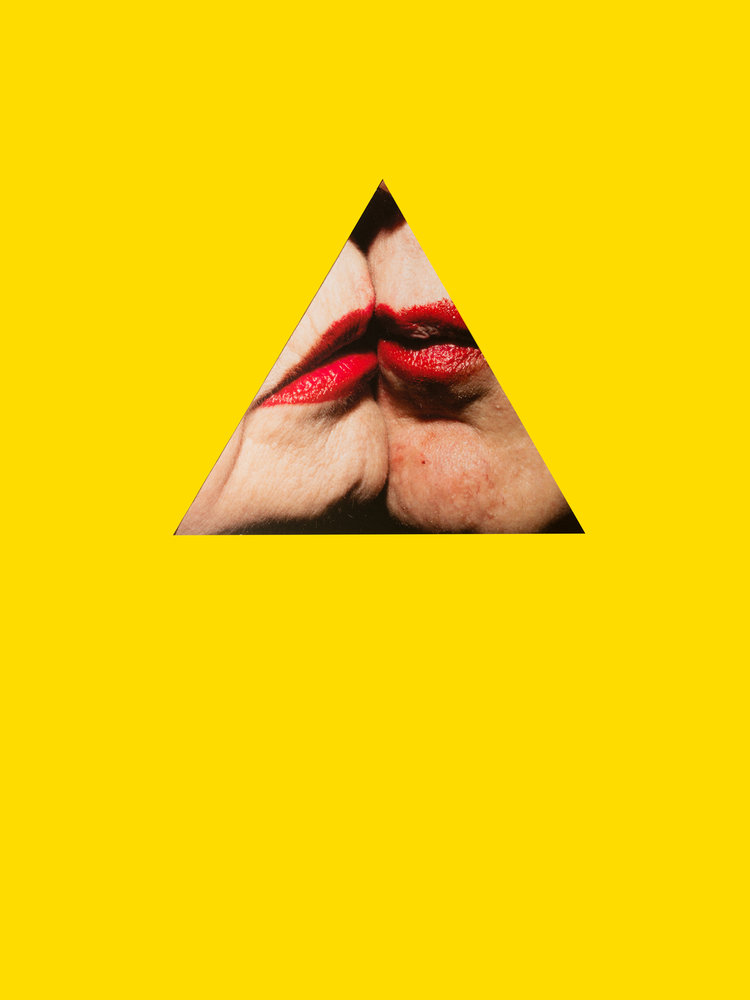 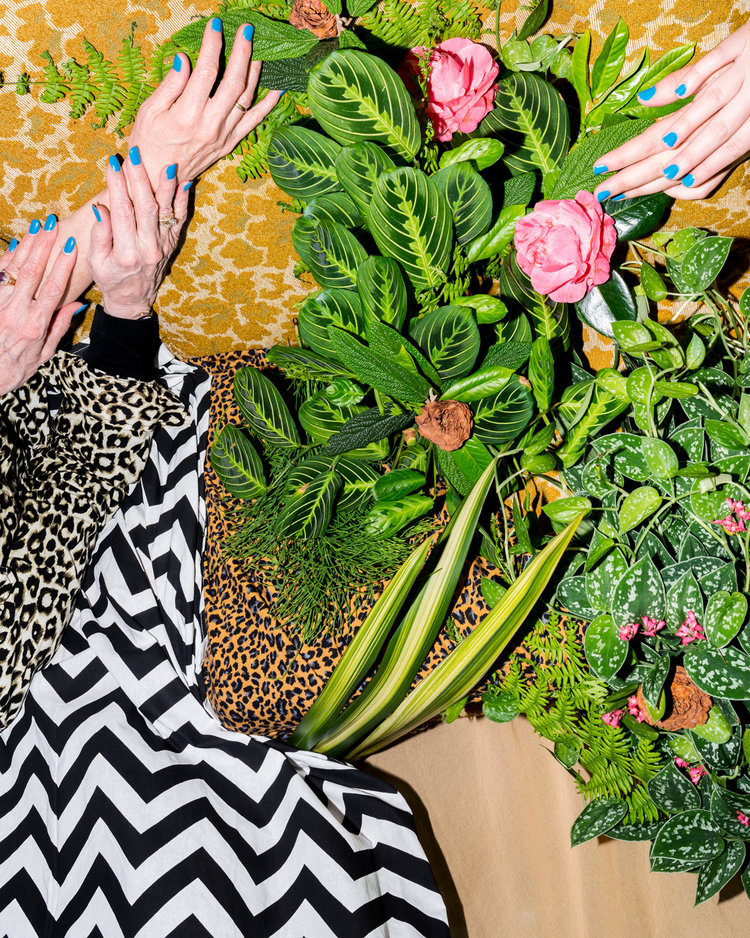 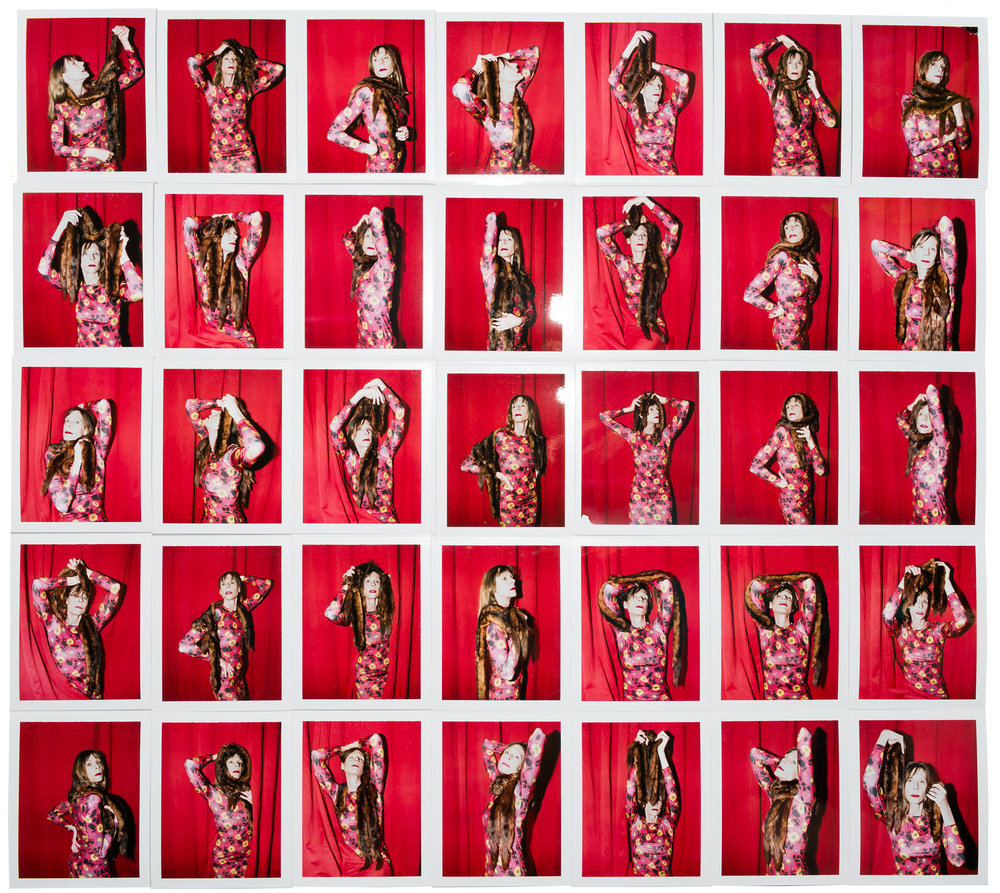 All of the artists are involved from start to finish with the process. Julie Weber, for example, organized a really fun book release event for her book REMNANTS. 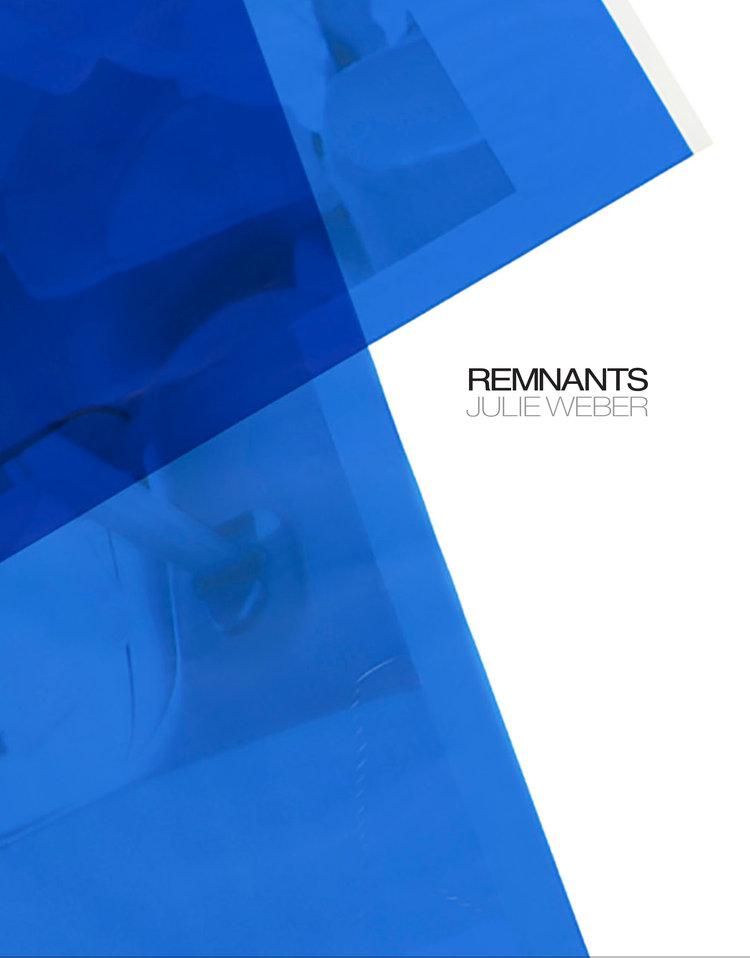 The artist’s book Remnants by Julie Weber is a portfolio of 12 unbound sheets: on one side, twelve individual images are presented, and on the other side, the twelve pieces can be arranged to form a single, composite image. 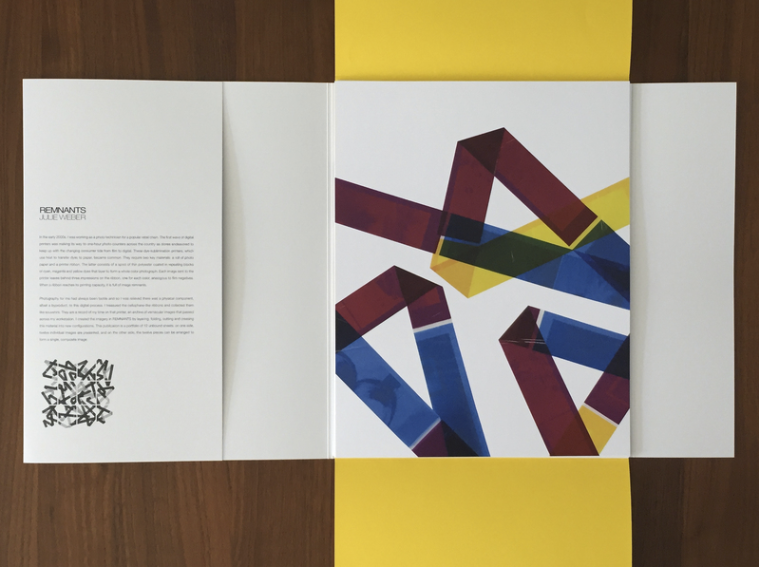 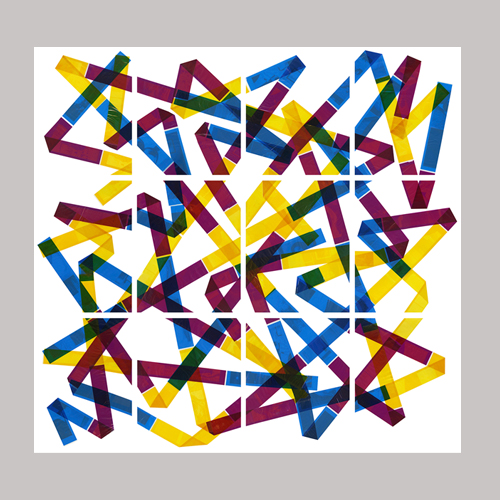 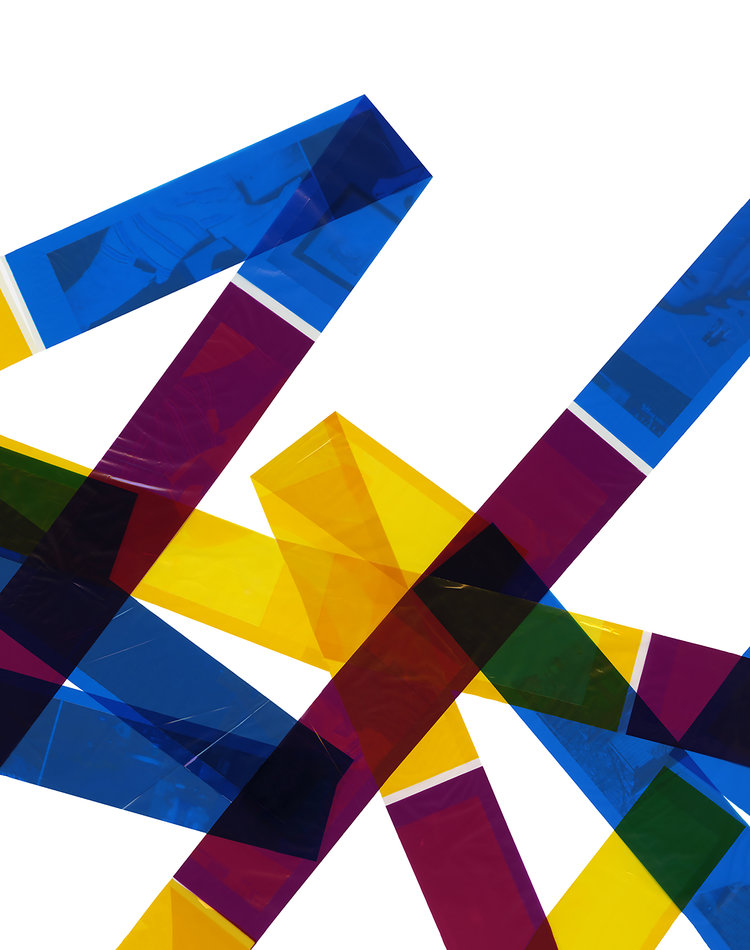 Shawn Bush actually hand bound all of his books! Making GOLDEN STATE a real treasure. So that’s another thing that I’m particularly proud of: there’s no pattern to what we do. Every book is really different from one another in terms of content, style, and materiality. I like that it’s impossible to predict what we might do next. 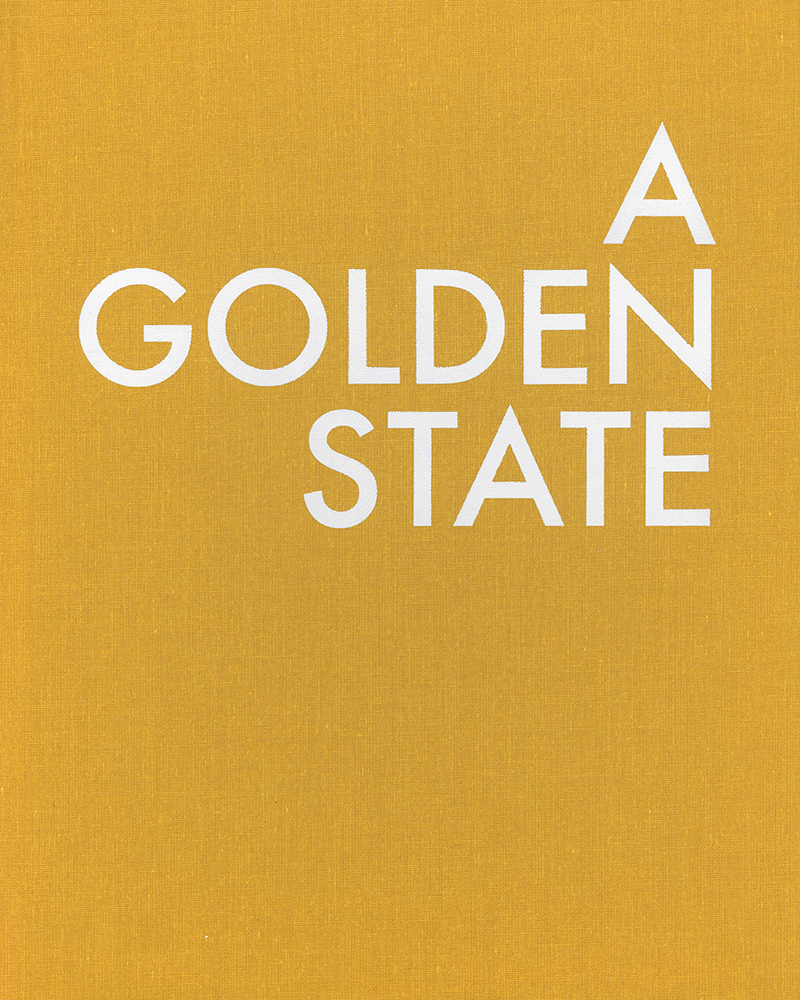 A Golden State by photographer Shawn Bush is an 80 page hand bound hardcover exploring the mythologies associated with Californian existence. 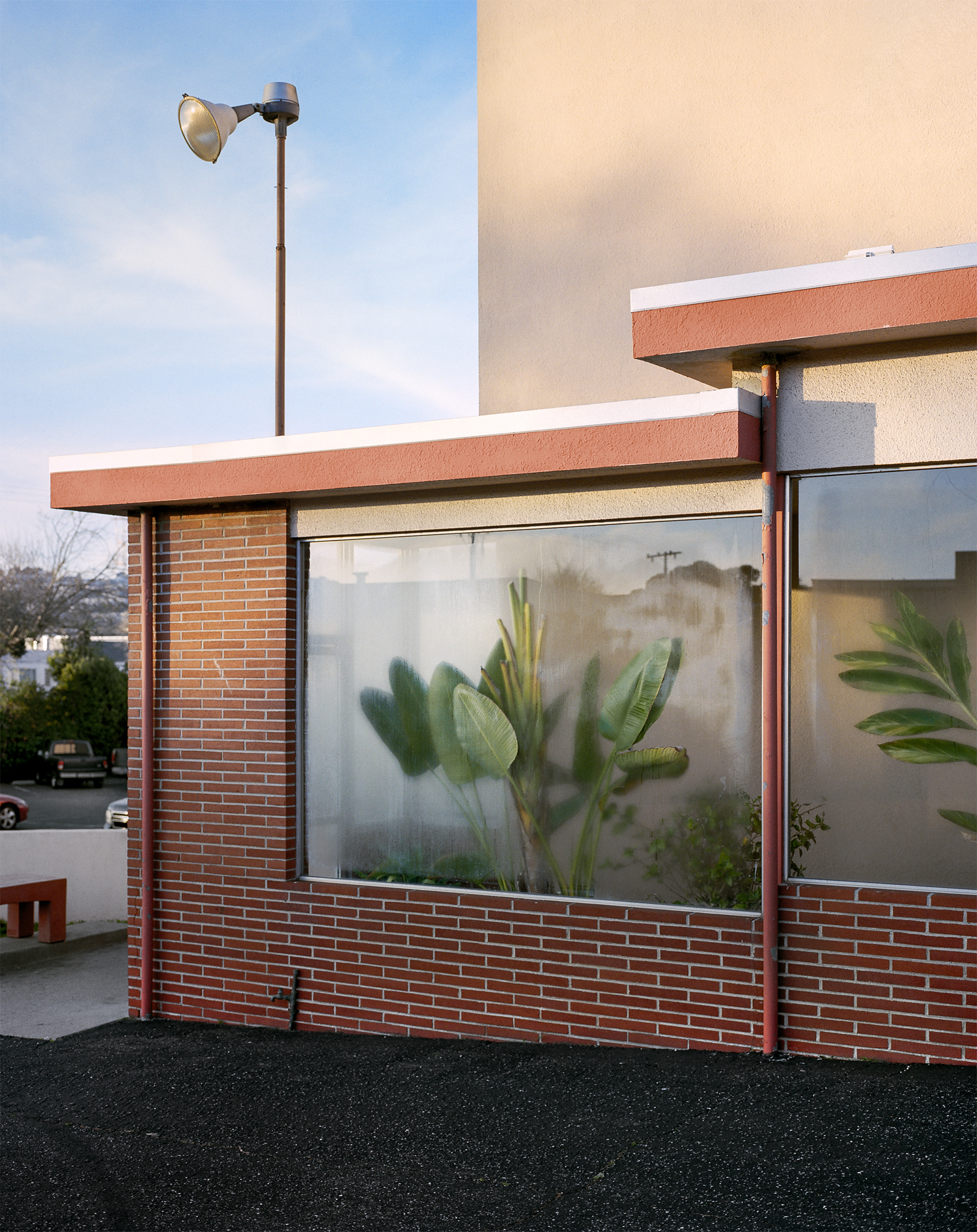 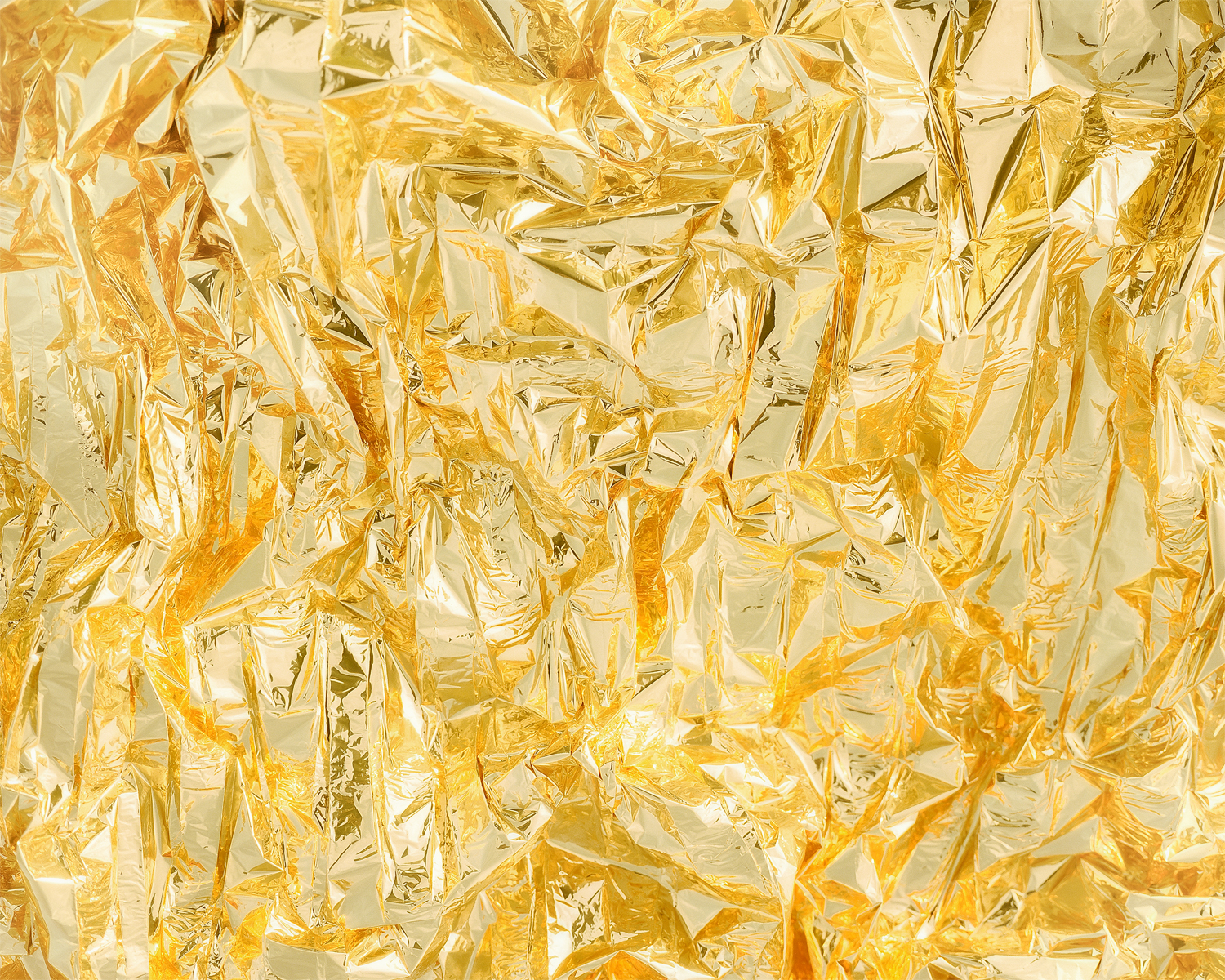 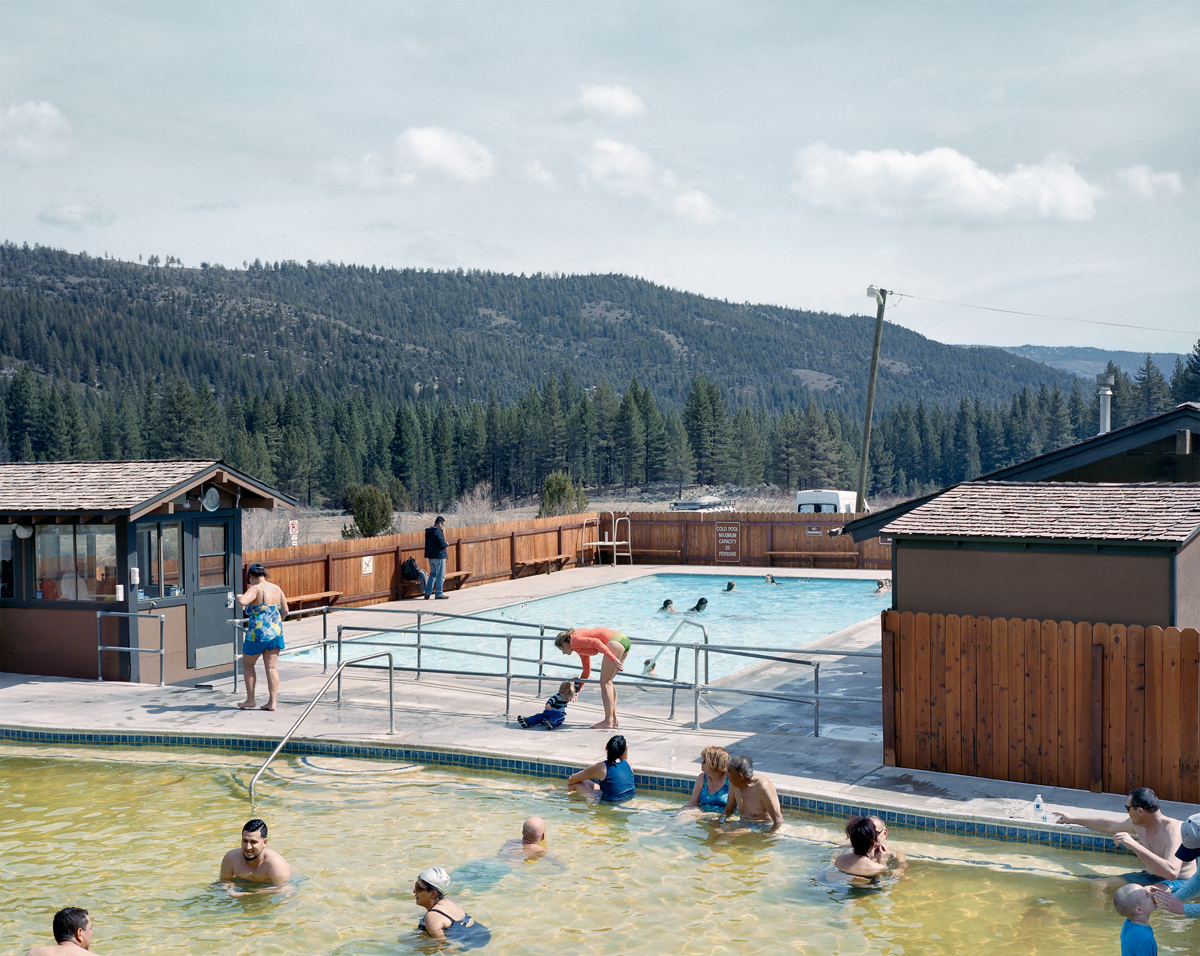 BC and LL: Each of you have well developed photographic practices outside of your work with Skylark Editions. What do each of you bring to the projects from your own practices and where do you find common ground?

PD: We almost always agree on books since we have complementary and overlapping interests in work. These sympathetic interests, in fact, are the basis of our friendship and this tiny business. That said, as one might imagine from looking at our work, I lean towards documentary and Kelli towards more conceptual projects but we both love a wider range of work than one might presume.

I’d say, the biggest challenge stems from having independent careers and full-time teaching positions. Each of those have their own life cycles as do SKYLARK projects. They all take different kinds and amounts of energy at different times. And that varies between Kelli and me as well. Remember the having children analogy? We actually have six jobs between the two of us and coordinating all of them can be difficult at times.

For a lot of publishers, the act of publishing and all of the energy it takes to edit, budget, manage production issues, distribution and marketing, is the most important thing they do. Neither Kelli nor I are going to prioritize that over making our own work. So we do what we can when we can which is why we’re only averaging two-three books a year. Which is fine since it’s never going to replace our salary and it will never be a substitute for our own practice.

BC and LL: Can you share a mantra for successful collaboration?

PD: Know right from the start that this is a labor of love. Even well-established publishers make very little money. But then again, none of the things I truly love make money. It’s a funny business, so have fun.