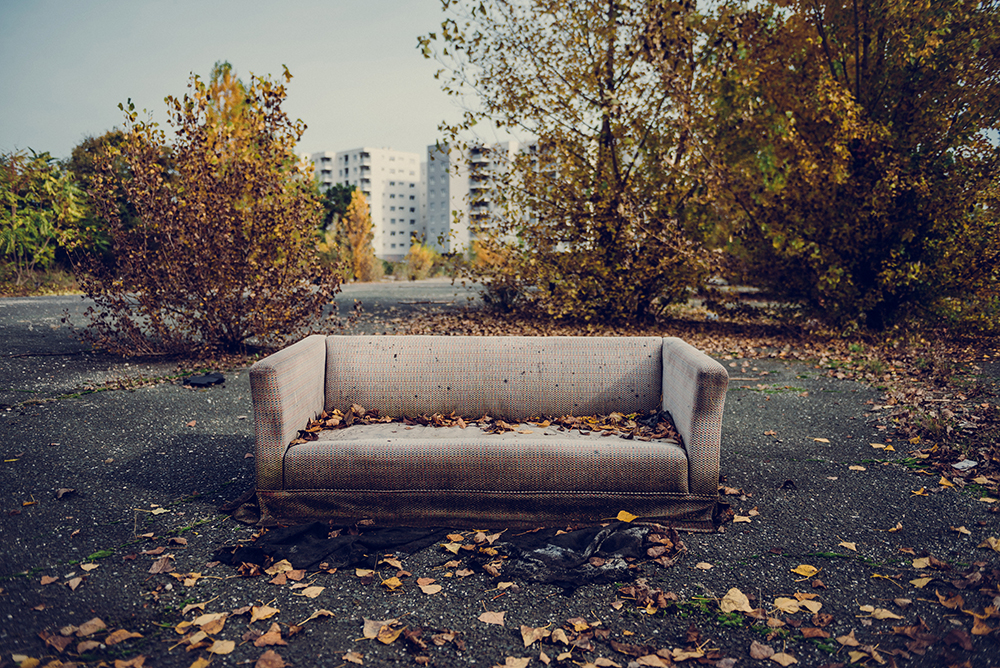 Petra Slobodnjak is a conceptual photographer with routes in graphic design and commercial photography. Fine art photography and visual storytelling give her freedom of speech. With her Sale series, she reaches her critique on different problems, mostly in her environment. Sales body of work is her study of (de)generation from the working-class districts and consumerism to the aesthetic of garbage and the problem being overabundance opposed to minimalism. The Sale series is an apocalyptic vision of the future.  At the same time, she asks is it waste is garbage or an object of substance we still could use.

As a photographer and graphic designer, she uses both languages to describe the mass-mediated junkyards of suburbs. It is hard to tell, is it sarcasm or anti-aesthetic narratives with the lack of moralizing for toxic waste on the edge of the city. The point of view on dirty old furniture is almost poetic without an artistic provocation. She creates artwork within found objects that could be progressive movement and commercial culture easily understood by the masses. The Sale is a criticism of the mass-produced commercial culture. Rejected furniture is a reflection of our needs and desires that have elements of aesthetic appeal. 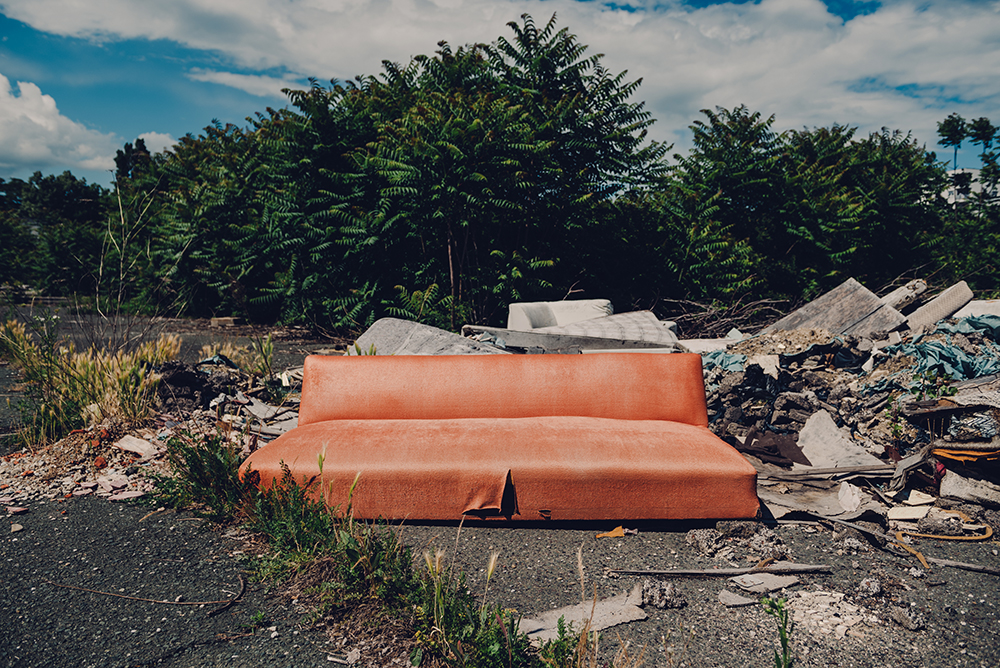 Petra Slobodnjak (born 1988) is a Croatian photographer with roots in graphic design and multimedia. She works as a freelance designer in her studio with a background and experience in commercial and advertising, and photography is her passion since childhood. In her recent projects, she is in the deep fields of documentary and conceptual narratives. She is in the mood to interpret the reality of her neighborhood. Most of the time, the process is a casual walk with her dog, and her art starts as a form of taking images of the streets she lives on. The most recognized conceptual works are photo books and photographs from recent portfolios Lado and Sale.

She is a multi-awarded Croatian designer and photographer. In 2012, she graduated from the Faculty of Graphic Arts in Zagreb, Graphics Product Design, and since 2014 she has been working as a freelance designer and photographer. Recently, she has exhibited her photographic works in seven solo and numerous group exhibitions. She won the Grand Prize of the Croatian Photo Association for the best young author. For the exhibition Sale was an exhibit in the ULUPUH Gallery, she received recognition from the Croatian Design Society at the Exhibition of Croatian Design 1718 in concept initiative and critical design.

Since 2009 she has been a member of the Croatian Design Society. 2013 she becomes a member of the multimedia section at the Association of Fine Artists of Applied Arts of Croatia and the photography section since 2017. Since 2016 she has been the official photographer of the Croatian Folk Dance and Song Ensemble Lado, and the solo exhibition of photographs Lado / Reliefs / Traces is the result of this collaboration. In 2014 she graduated from the Restart School of Documentary Film, and her first documentary film Pouring, was in production. She is the recipient of three U.S. Agency VII scholarships. In 2017 she attended a visual storytelling program hosted by Ron Haviv and Gary Knight. Next 2018 after the Image 2019 program by Philip Blenkinsopp and Daniel Schwartz. She gets a one-year program at the VII Academy in Sarajevo in 2019.  IG: @petraslobodnjak 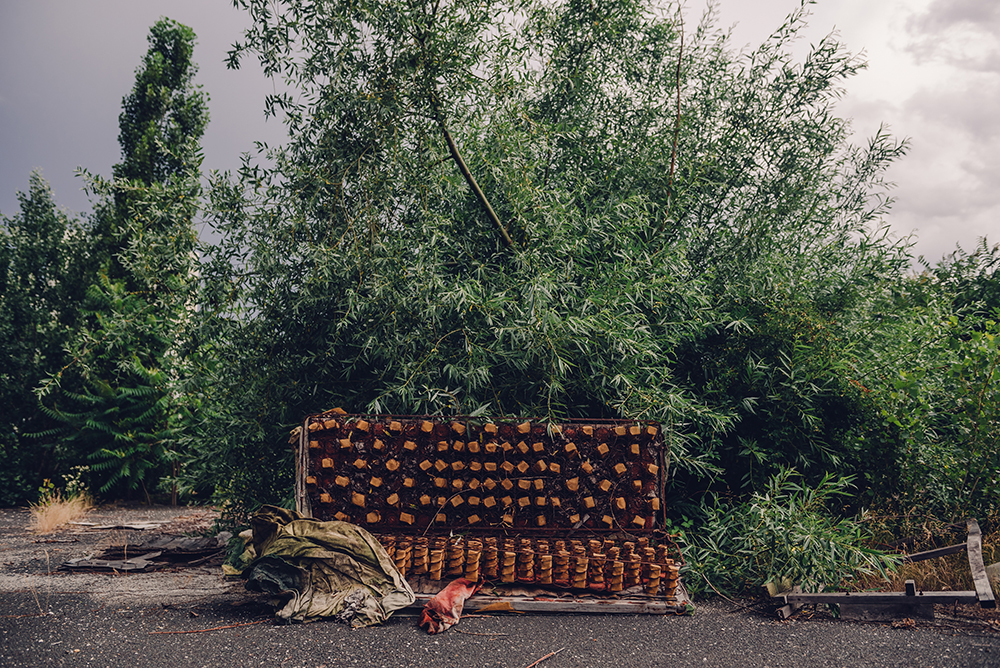 I sometimes escape the city’s turbulence by retreating into forgotten and hidden areas. In them I began noticing furniture pieces from someone’s living room, a bar, a hotel foyer, grandma’s room or a hallway, evicted from their “original environment” into open spaces under open skies. I intuitively began photographing them without any intervention in the scene. The desire to own often is a fertile ground for chain stores to plant their seeds of artificial needs. Carefully planned stenography in furniture and home accessories catalogs sell not only goods but life styles and comforting to fill both spatial and emotional voids. At the same time, internet portals are reporting on inadequate disposal of bulky communal waste in Zagreb. As a photographer and graphic designer, this gave me the motivation to breathe a sort of new life into discarded furniture, at least in a visual way, by utilizing the same methodology and medium used by chain stores inviting us to purchase. The primary goal is a consumerism memento mori, evoking images from days past of these now used and abandoned pieces of life’s inventory. 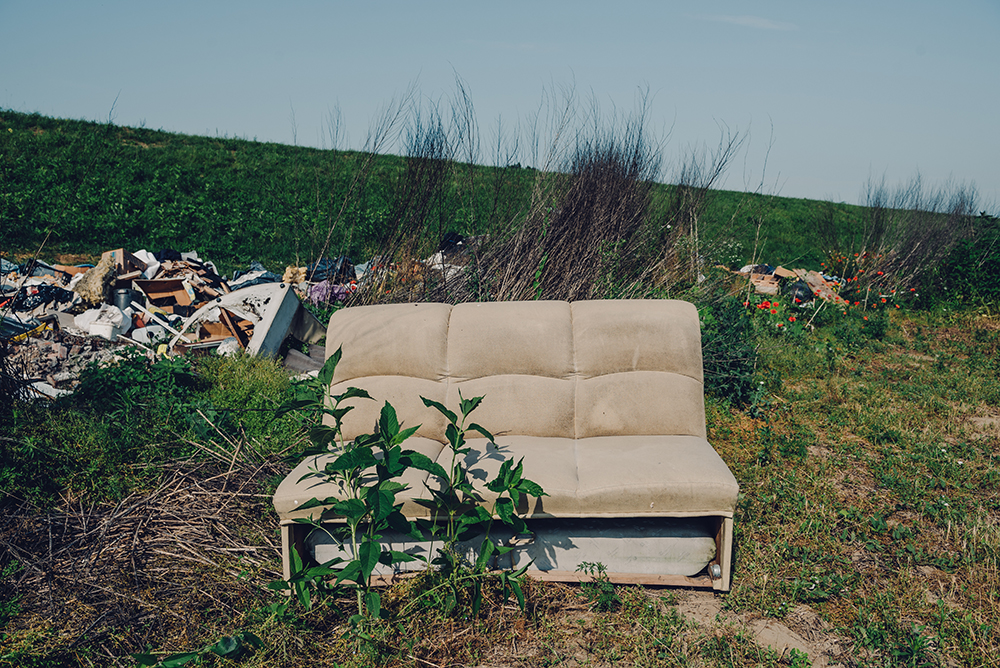 Petra Slobodnjak: Photography is my primary means of expression, one where I feel most comfortable. It is a medium I can most easily show how I see my own and other people’s stories. It is a mirror of the past-times and conditions in which I found myself.

Petra Slobodnjak: When I was ten, we had to choose additional extracurricular activities for classes at school. Besides advanced math, biology, Croatian language, and ceramics, the program involves photography. Just before, my father gave me a small pocket / instant camera with a purple-yellow holster. It was a precious gift that made picking photography as my new extracurricular activity logical. Photography was a game that became a decisive motive for the university I studied.

Petra Slobodnjak: Fundraising. Find money for the production of all ideas I have. 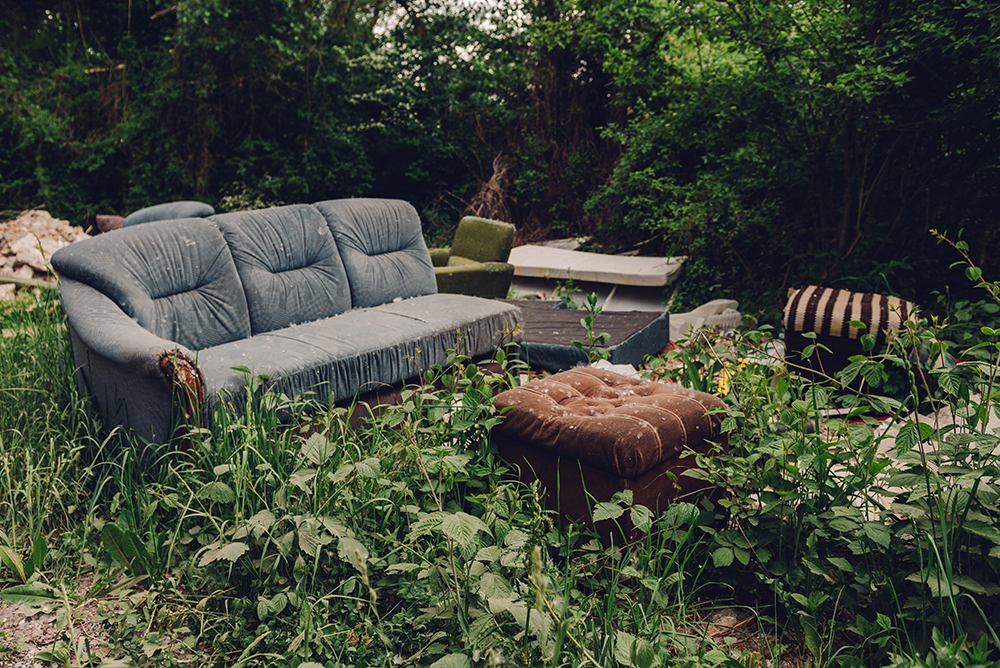 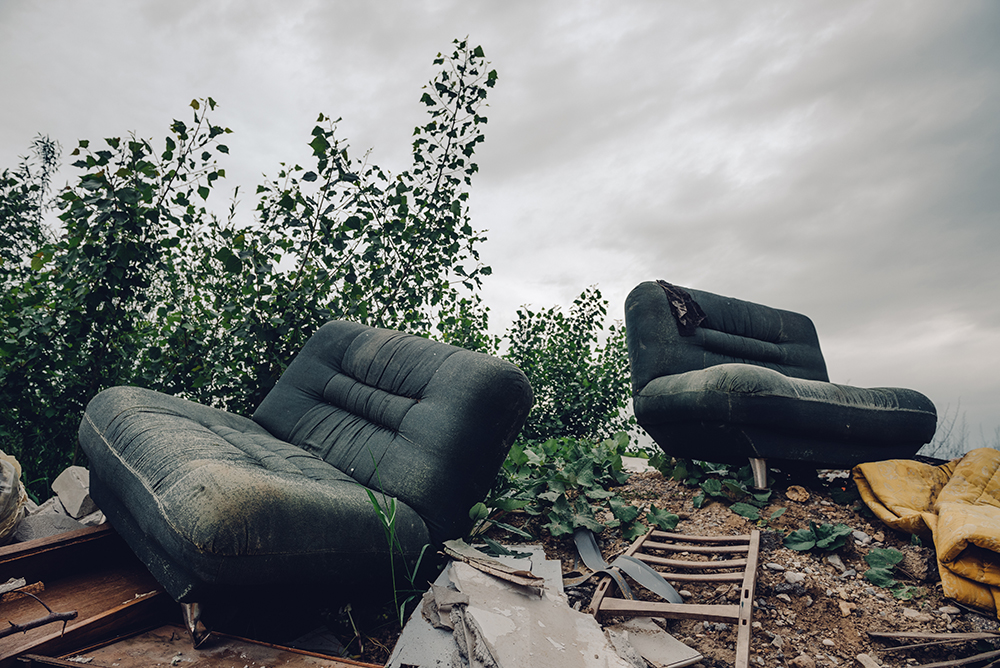 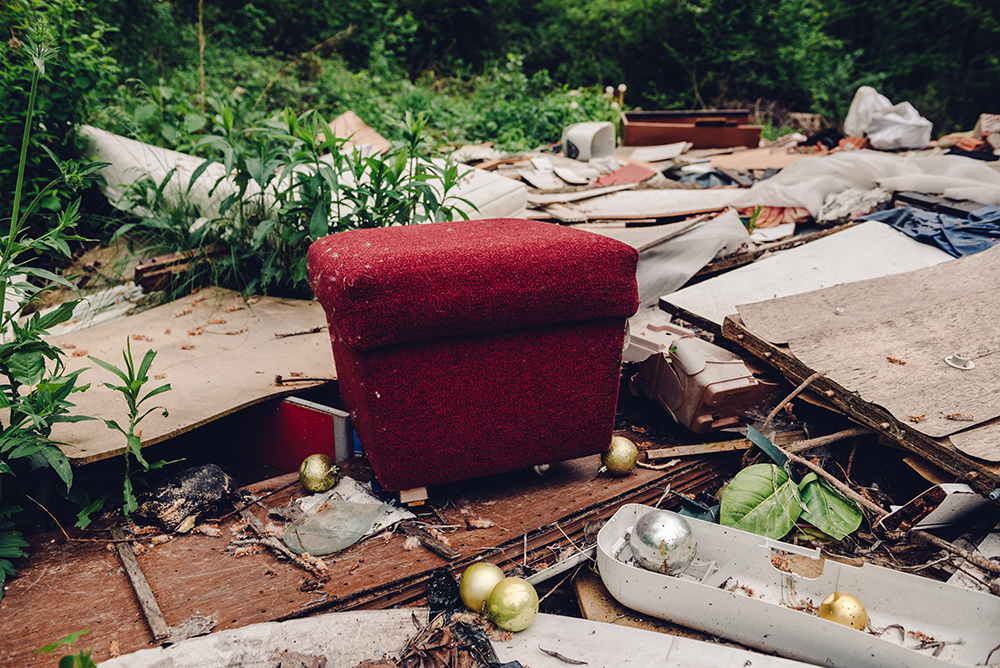 Draženka Jalšić Ernečić : Is there anything you would like to tell us that nobody has ever asked you about photography?

Petra Slobodnjak: The Sale series started as a photo documentary project, but at the end is complementing by the graphic design and booklet that looks like a commercial catalog. The artist book I designed is a significant part of the whole visual story. The project became harmonious. It gives the basic idea more precisely. As a professional graphic designer, I need both languages in my works, photography, and photo-editing with typography. Maybe it is a reason why I like working on photo books.

Petra Slobodnjak: Survive, like everybody else. As a photographer, I will continue my collaboration with the Croatian Folk Dance and Song Ensemble Lado. I am a documentary and narrative photographer, taking pictures of production, choreography, costumes, and dance. Also, I am shooting backstage portraits and more informal images. I have in plan two solo shows in 2021, and I am working on preparations. I don’t skip my morning dog walks around my neighborhood, Zagreb’s Pešča; Peščenica, where I am looking for visual inspiration for my new project. 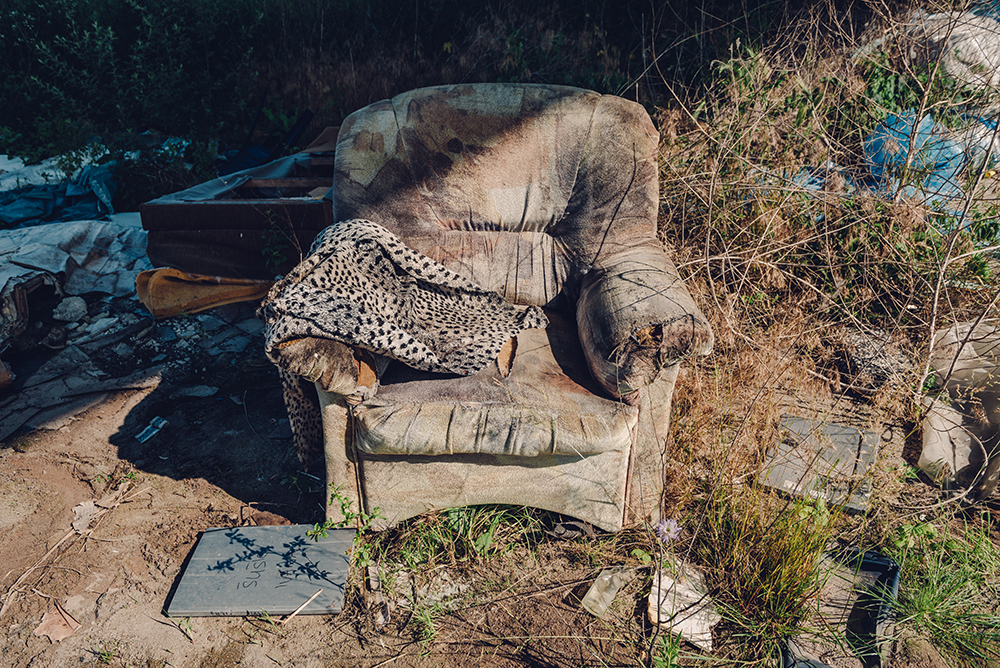 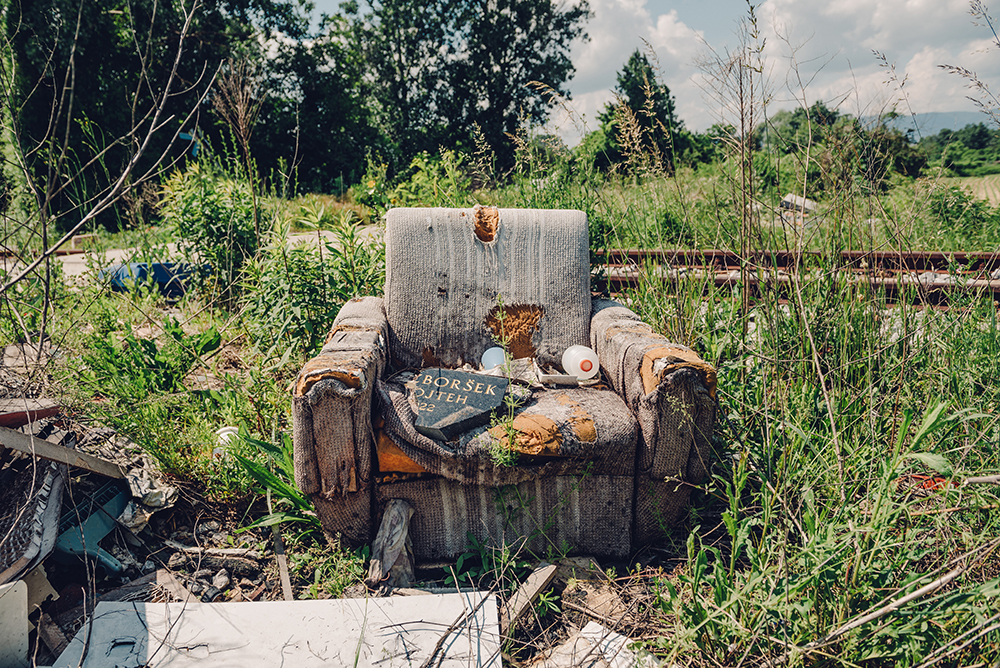 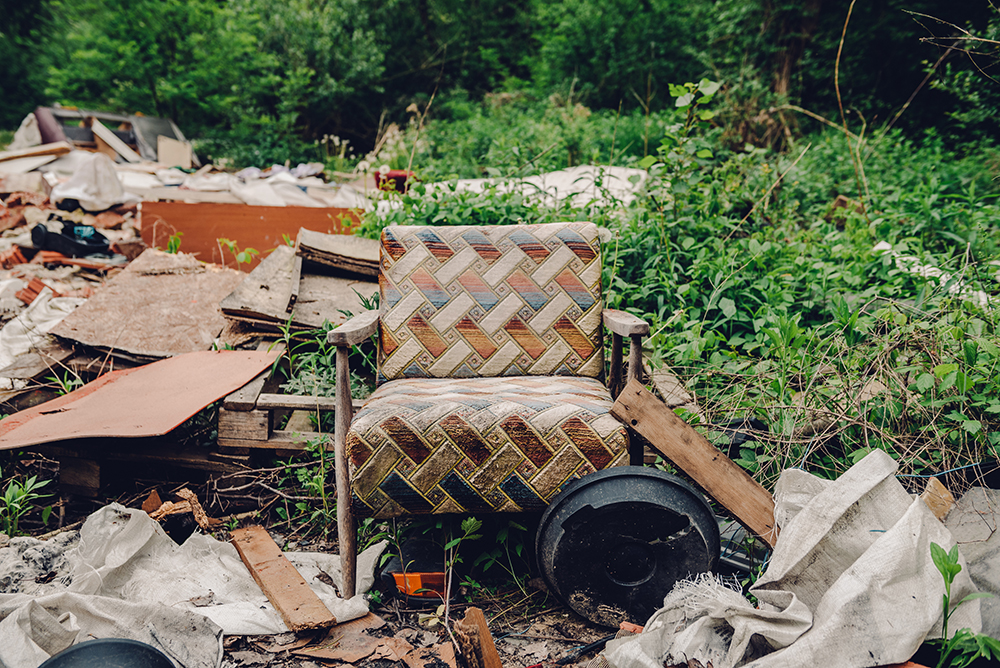 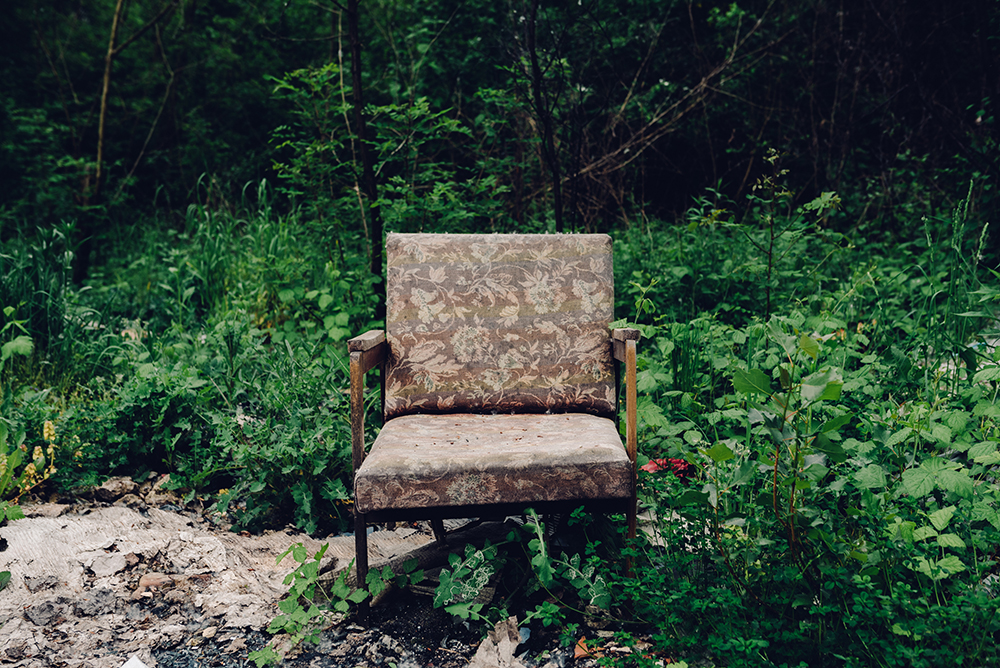 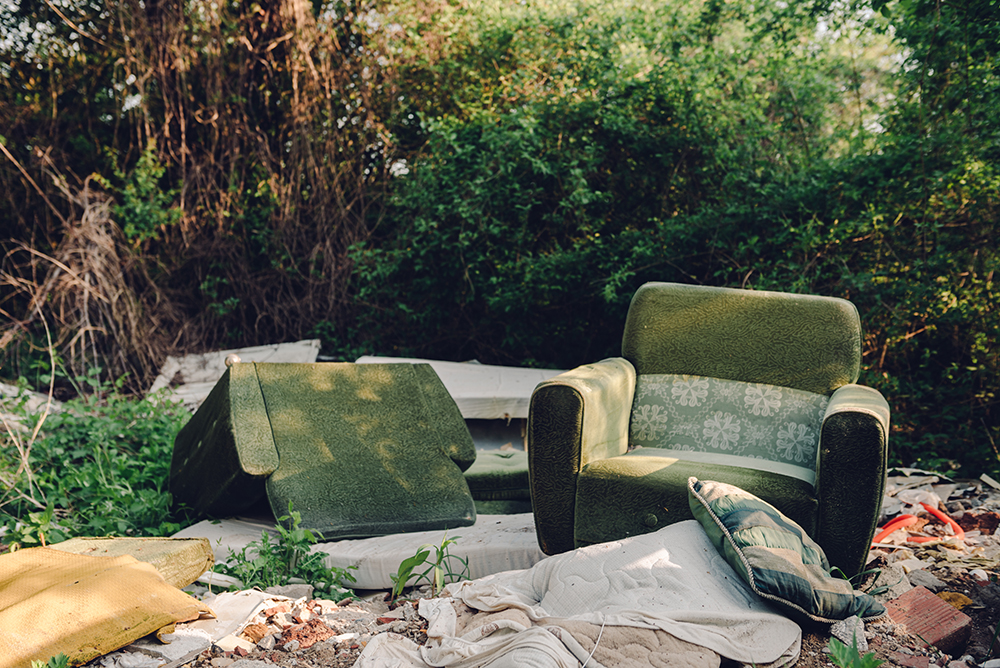 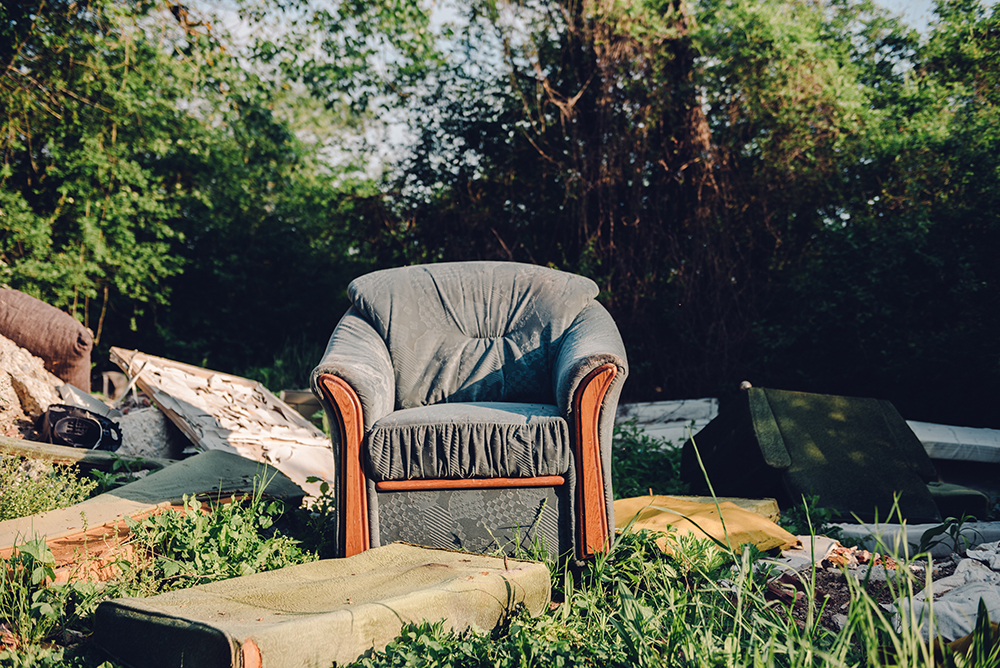 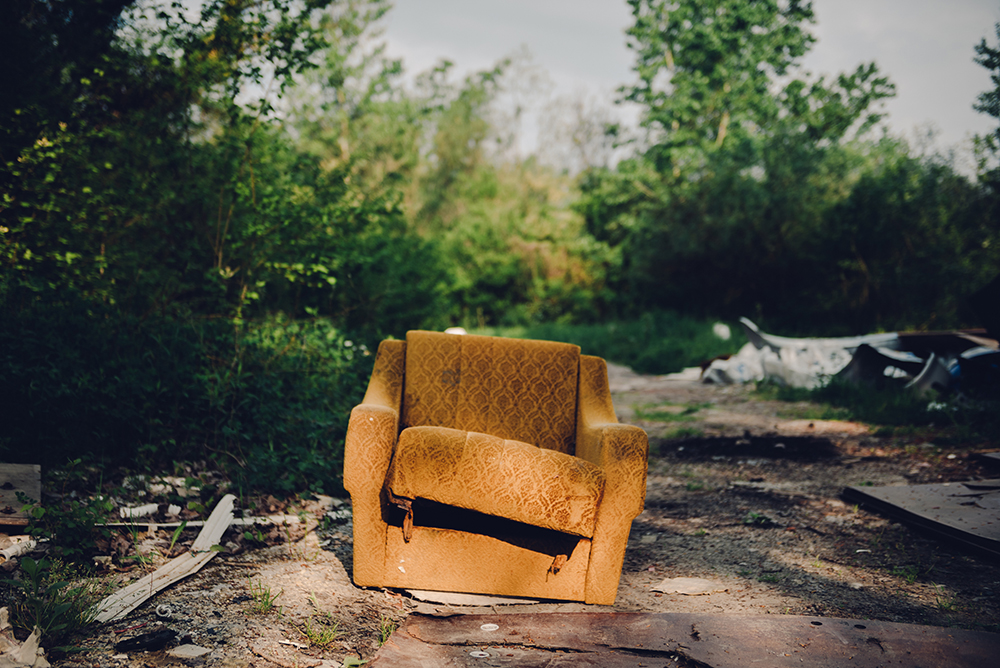 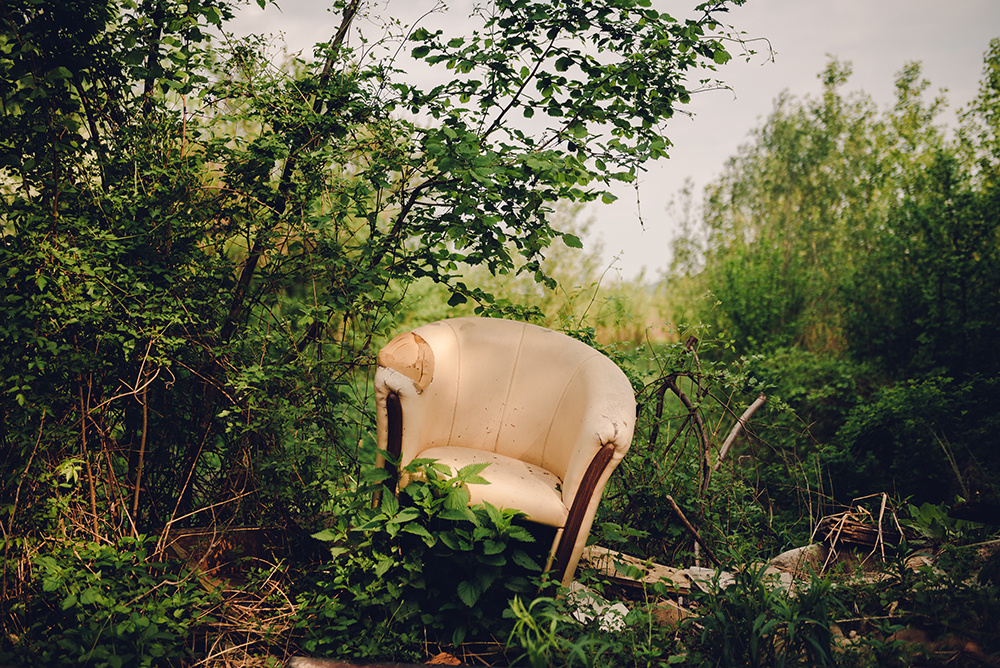 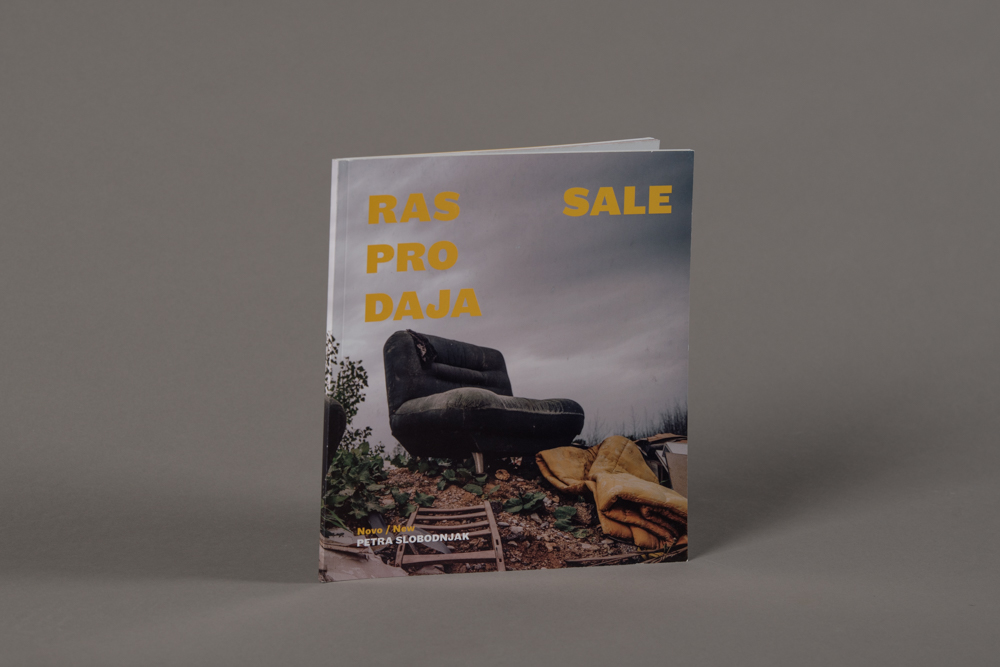 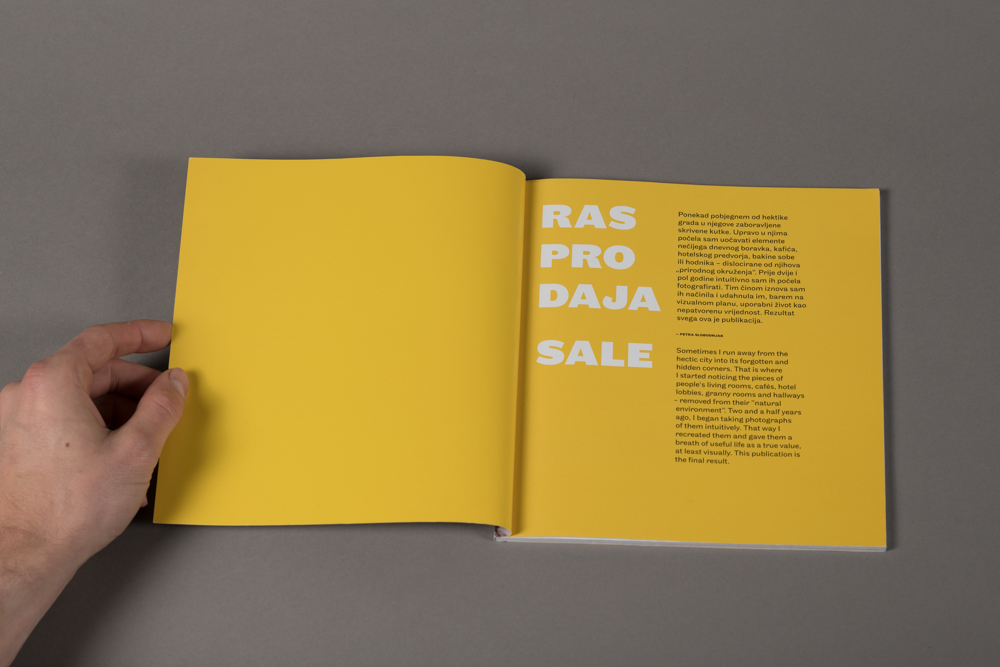 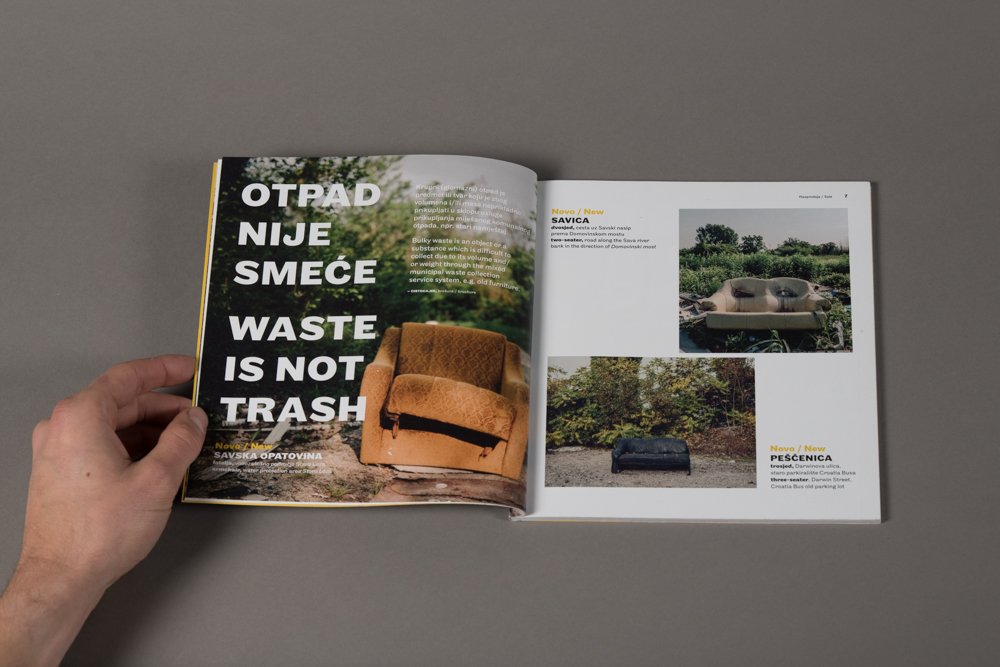 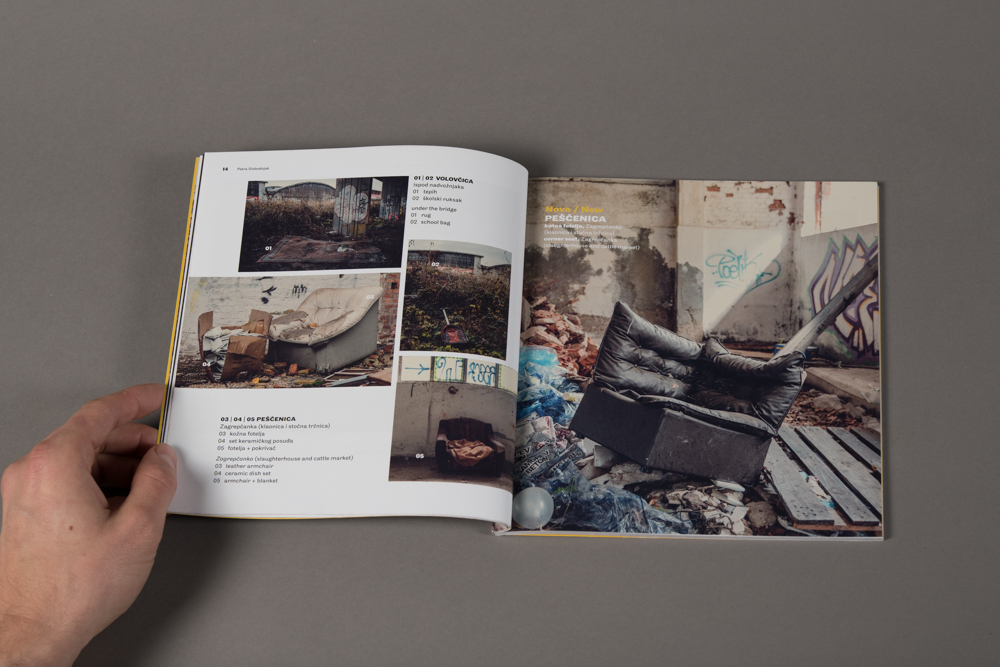 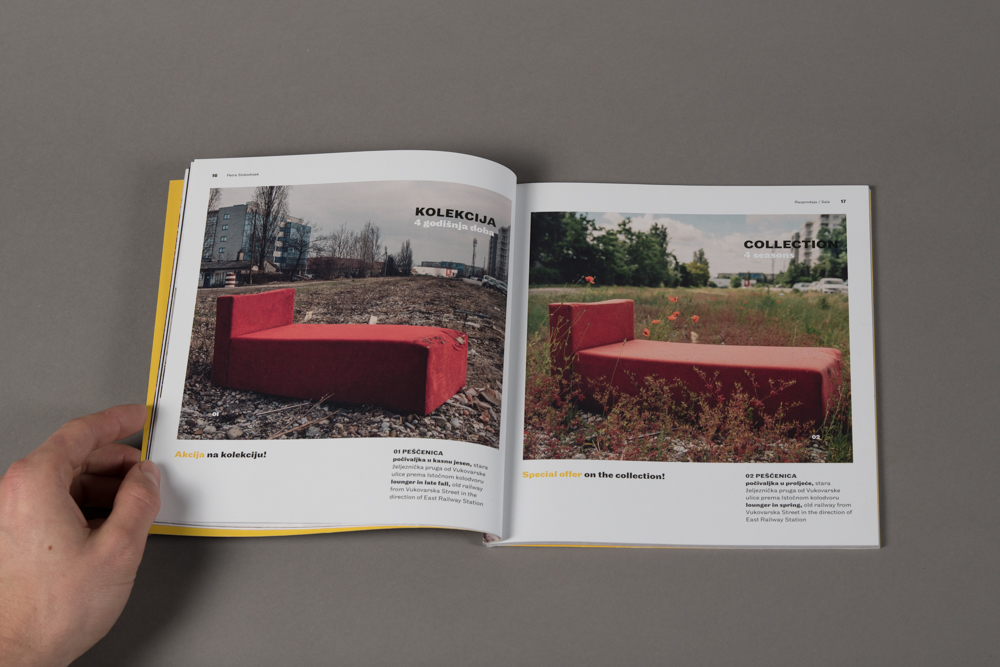 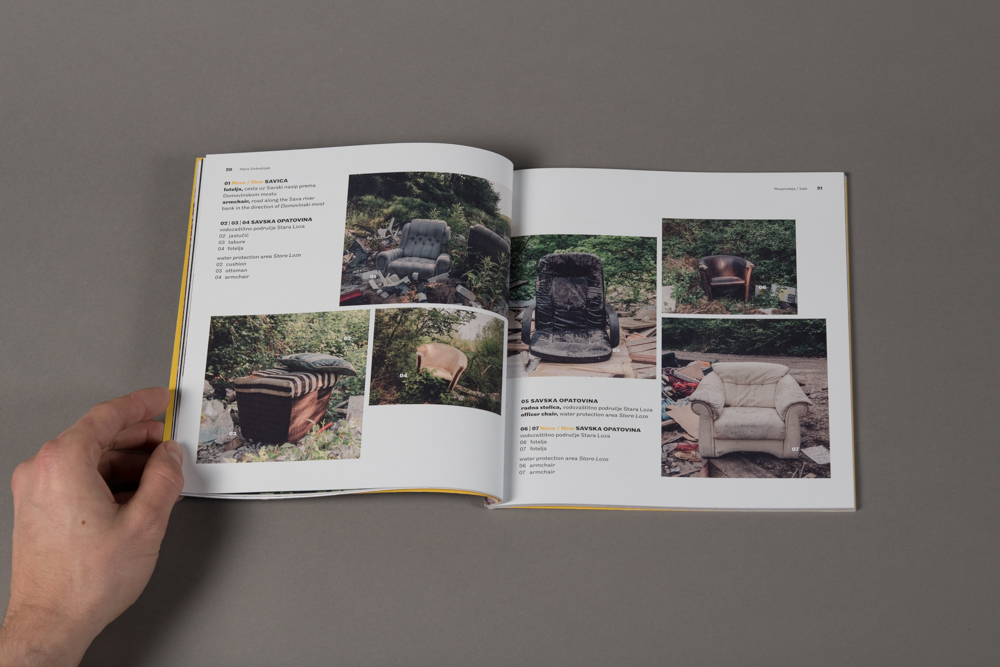 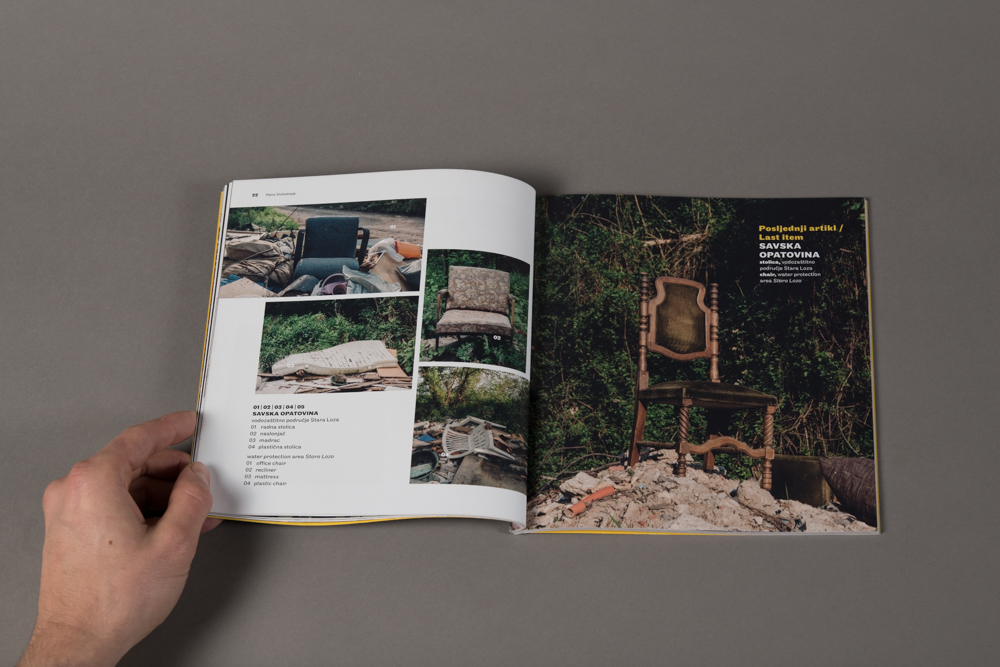 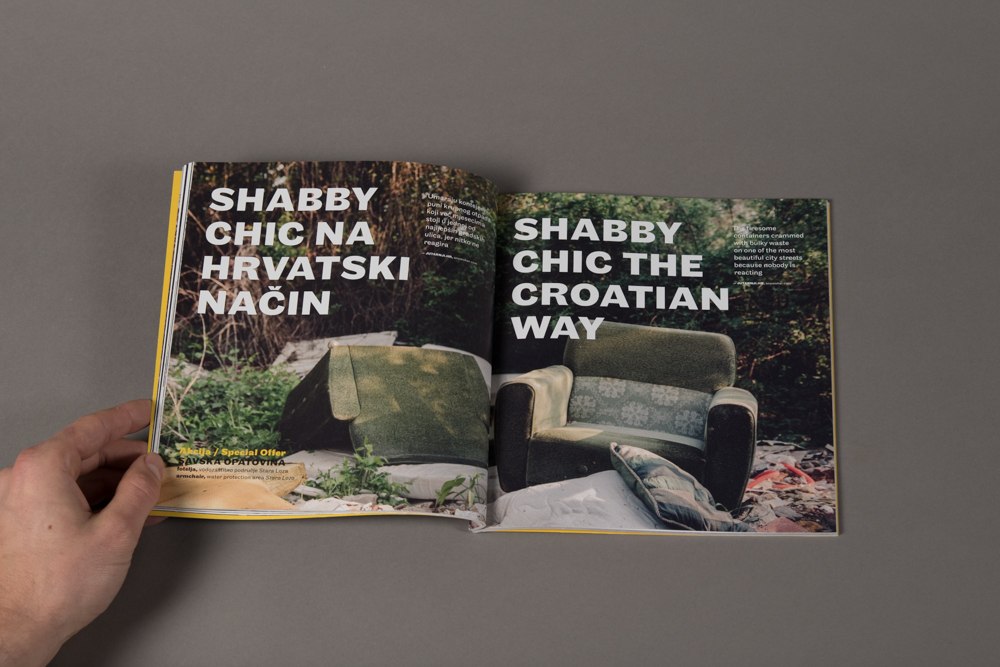 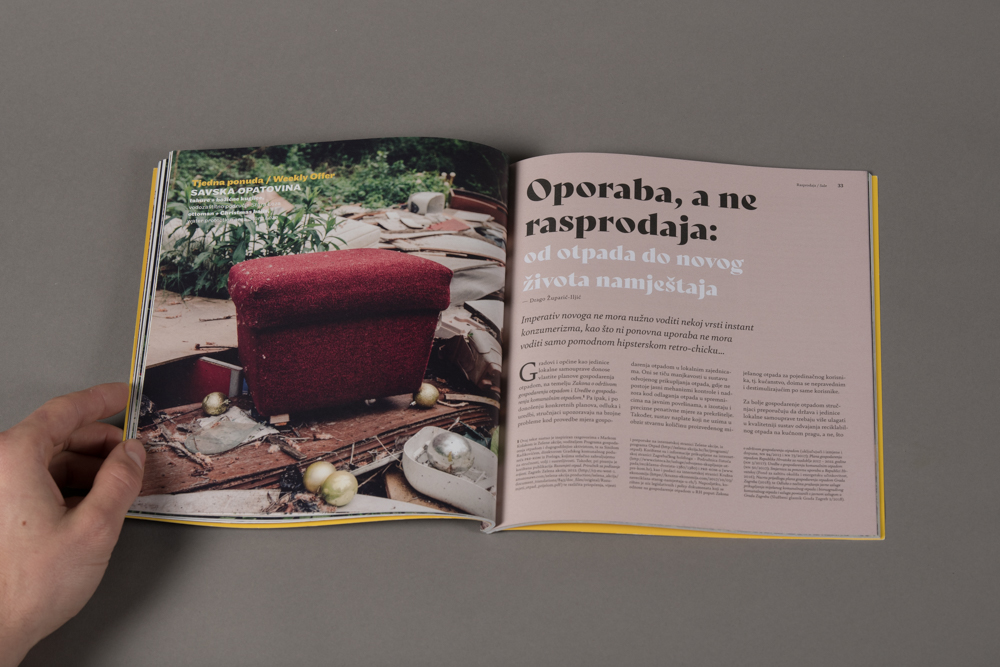 Draženka Jalšić Ernečić is a senior curator, researcher, writer, editor, and reviewer of visual arts and photography, having published criticism in the history of art and photo collections, graphic design, packaging, and photography. The focus of her endeavors is to work with photographers and photo communities to promote global cultural exchanges in photography.

NEXT | Bil Zelman: Here We Are, Stories from the Sixth Extinction >
< Focus on Croatia: Anto Magzan: Zagreb Earthquake | PREV