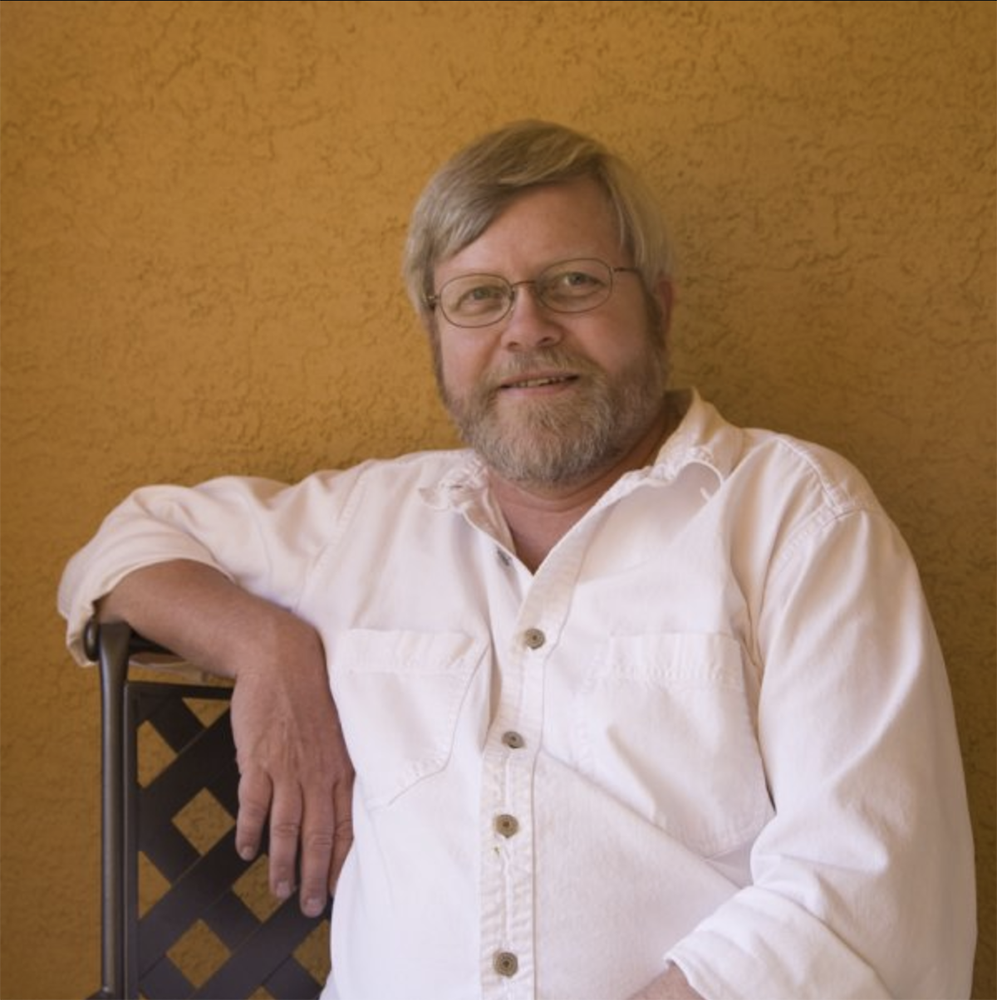 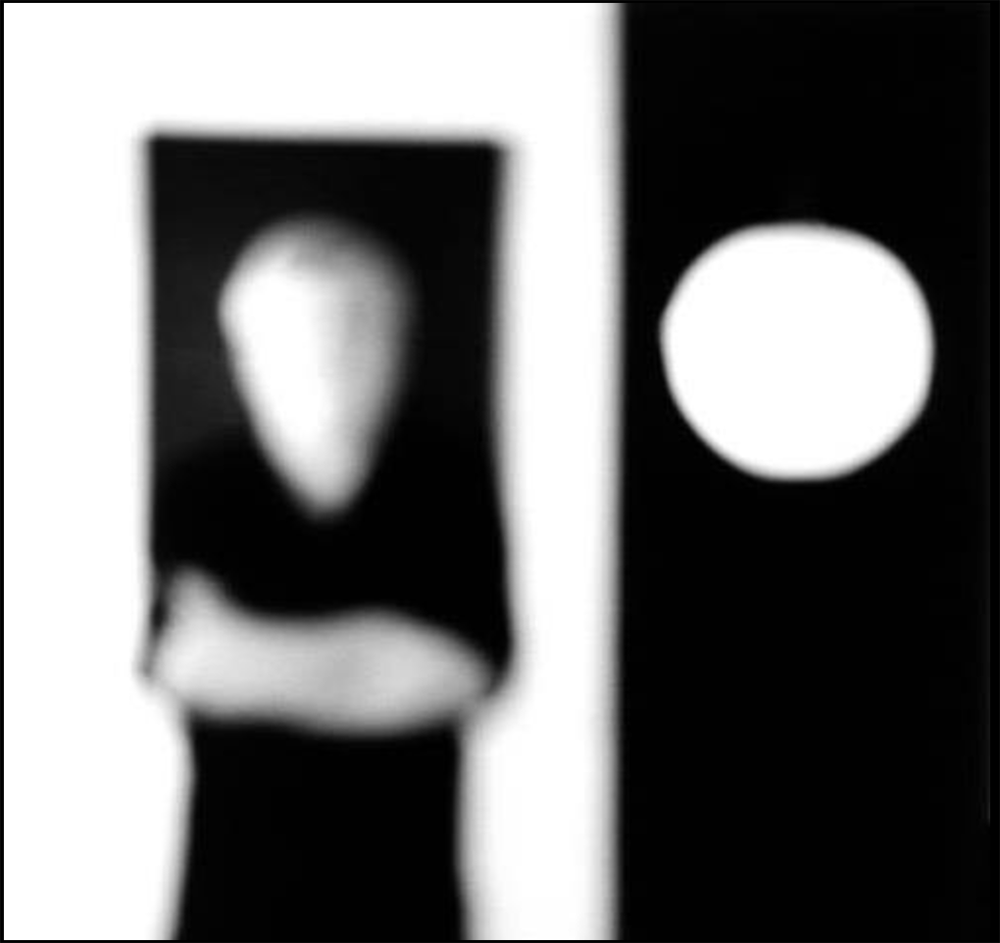 We have recently lost an important pioneer within our photography community, Philip V. Augustin. Philip explored the simplistic and minimal relationships of shape and space. His unique perspective was intertwined with his life experiences – from his extensive series of work to his journal of Instagram photos. His creative investigations reflected an unparalleled vision whose contributions and legacy will not be forgotten. He was a stellar human being and artist and we extend our sympathies to those who knew and loved him.

Today we are revisiting an older feature of his work and beginning with recent images of abstracted seeing that he shared on Instagram. 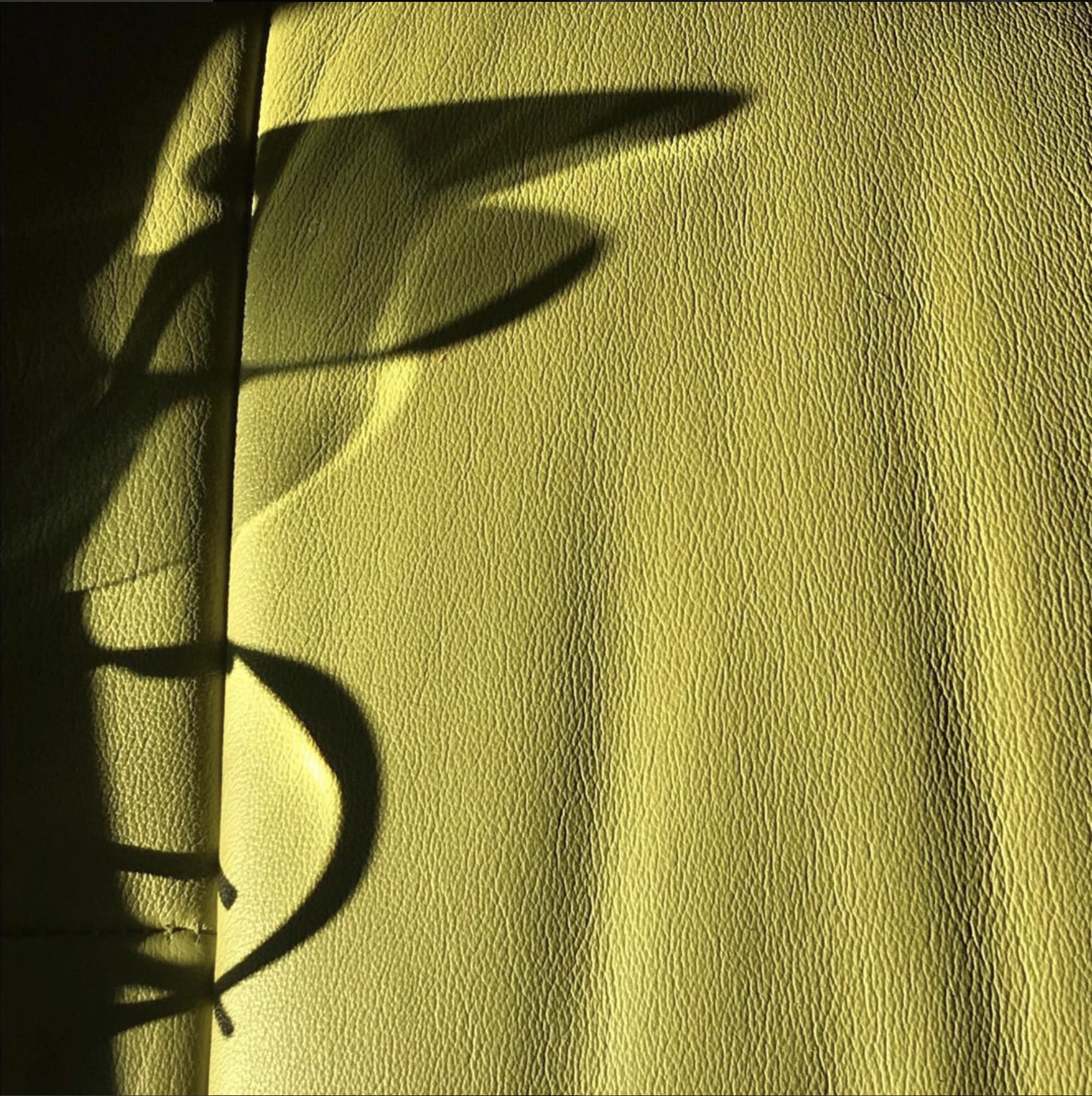 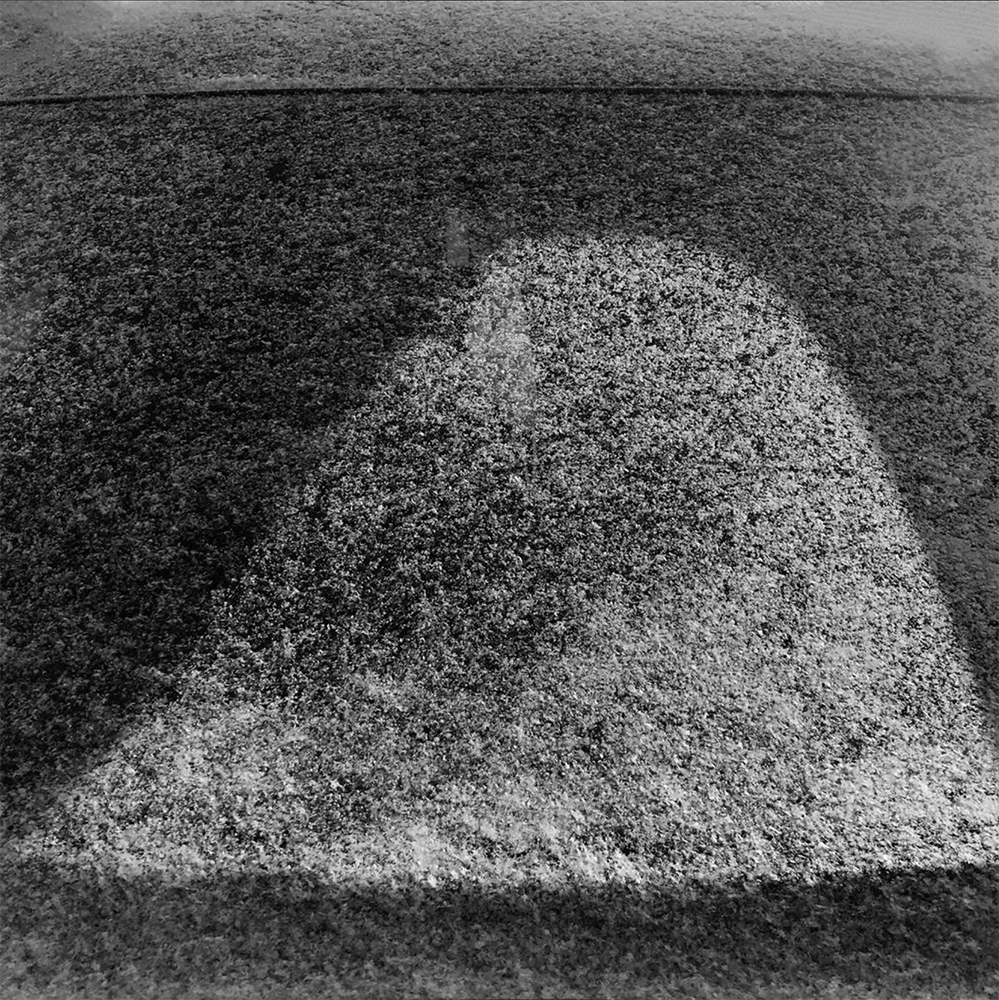 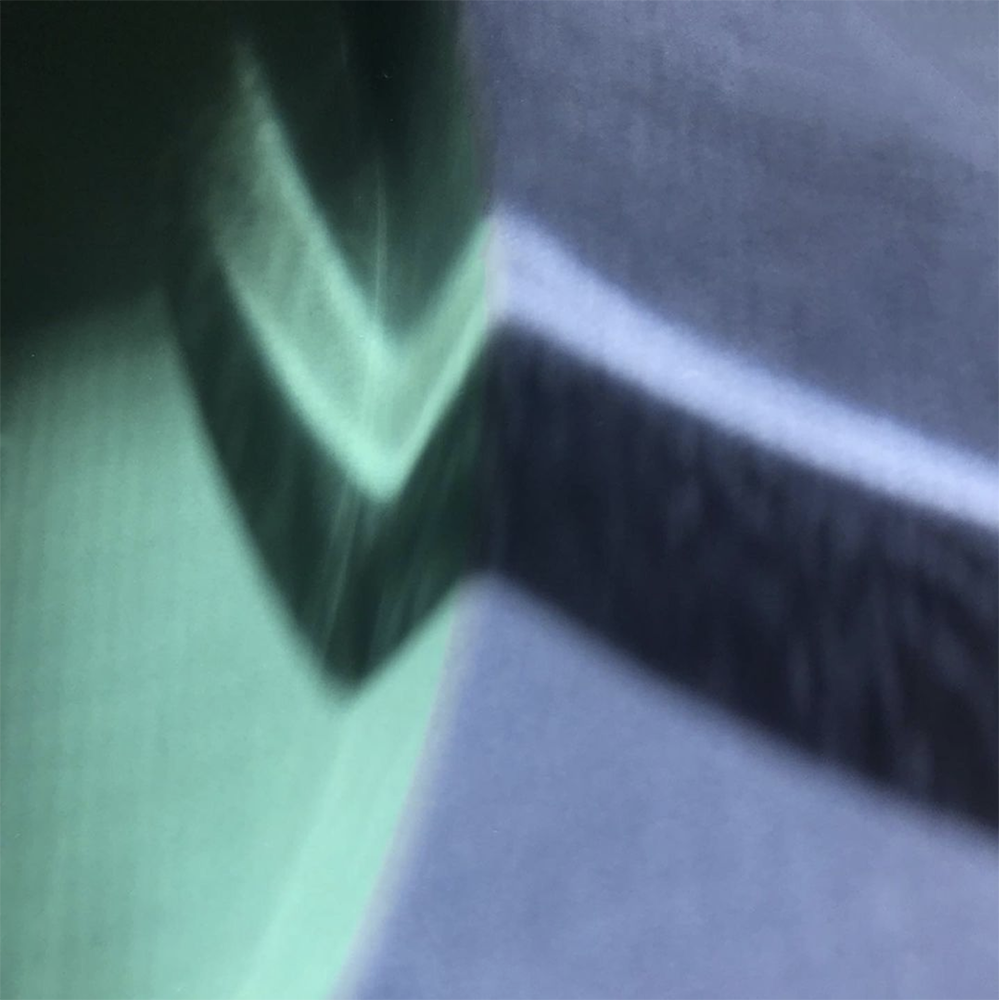 In Philip V. Augustin’s work entitled Studio Series: 2016-2017, he created photographs that visually alter space. As the architect of his own constructions, the director of light and the conductor of his own experiments, he investigatigated the relationships between objects, spaces and tonal values.

Augustin used a lens-based process, as opposed to placing objects on light sensitive paper during exposure without the use of a camera. He explains “…the softness of the shapes is achieved by radically defocusing the camera, not by the lighting. By radically defocusing the images in camera the negative records a defocused image at the moment of exposure.” The photographs reveal contrasted geometric shapes that are defined by black, white and tonal abstractions. Yet more than a study of geometry and optical physics, this series of work captures creative play. Beyond science and intellect, Studio Series: 2016-2017 transforms into “magic” which Augustin called “…that instant when the intellectual, technical and intuitive merge and the image simply feels right – light or heavy, balanced or unbalance, playful or serious.”

Philip V. Augustin (1960-2021) lived and worked in Santa Fe, New Mexico. Augustin’s work was featured in That Much Further West: Three Visions From New Mexico at the Paul Paletti Gallery, Louisville, Kentucky. His work has been featured in the New Mexico Museum of Art’s Alcoves 16/17 exhibitions, Space at the Griffin Museum, Winchester MA, PhotoBid Exhibition and Auction at the Phoenix Museum of Art, New Mexico Showcase at 516 Arts in Albuquerque and numerous exhibitions nationally.

Augustin was a Contributing Faculty at Santa Fe University of Art and Design, has served as a Curatorial Consultant to the Georgia O’Keeffe Museum, Assistant Director of the Photography Department at the Oregon State Fair, member of the Board of Directors of Salem Art Association (Salem, OR) and President of the Board of Photo Arts Santa Fe. He served as a juror for numerous exhibitions and is a frequent reviewer at the Society for Photographic Education’s national conventions. 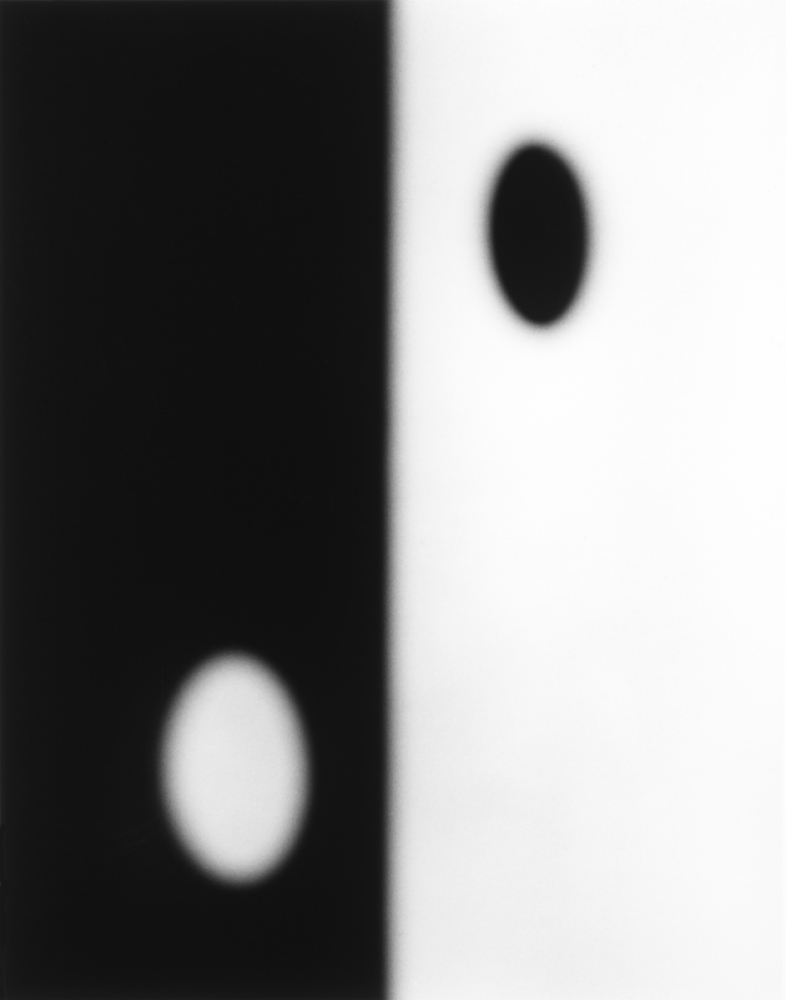 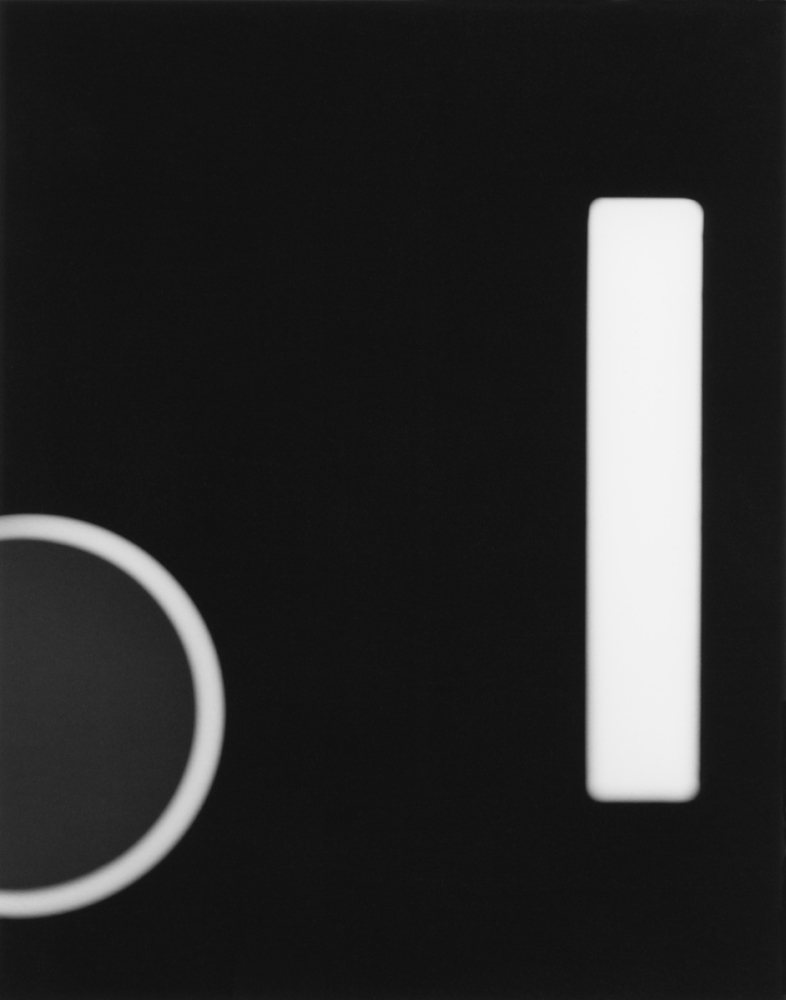 Aesthetically I regard these images as reductive rather than “minimal.” Using a limited tonal palette and bold primary forms, I create visually challenging geometric abstractions. My earlier series, Vanishing Point (2011-2014), used found architectural details as a starting point; Studio Series: 2016-2017 provides me greater creative freedom by using table-top constructions and having full control of lighting. One physical phenomenon I exploit in this work is the expansive and contractive tendency of adjacent tonalities; high-key (white) areas expand into low-key (black) areas. This phenomenon occurs in all photographic images; however, the viewer is rarely aware of it in a sharply focused, full-tone print because it occurs on a minute scale. By radically defocusing, using bold geometric shapes, and high contrast materials, the transition zones broaden and are readily visible. These active transition zones create a focal point attracting viewers attention due to the tonal gradation and film grain evident in them. 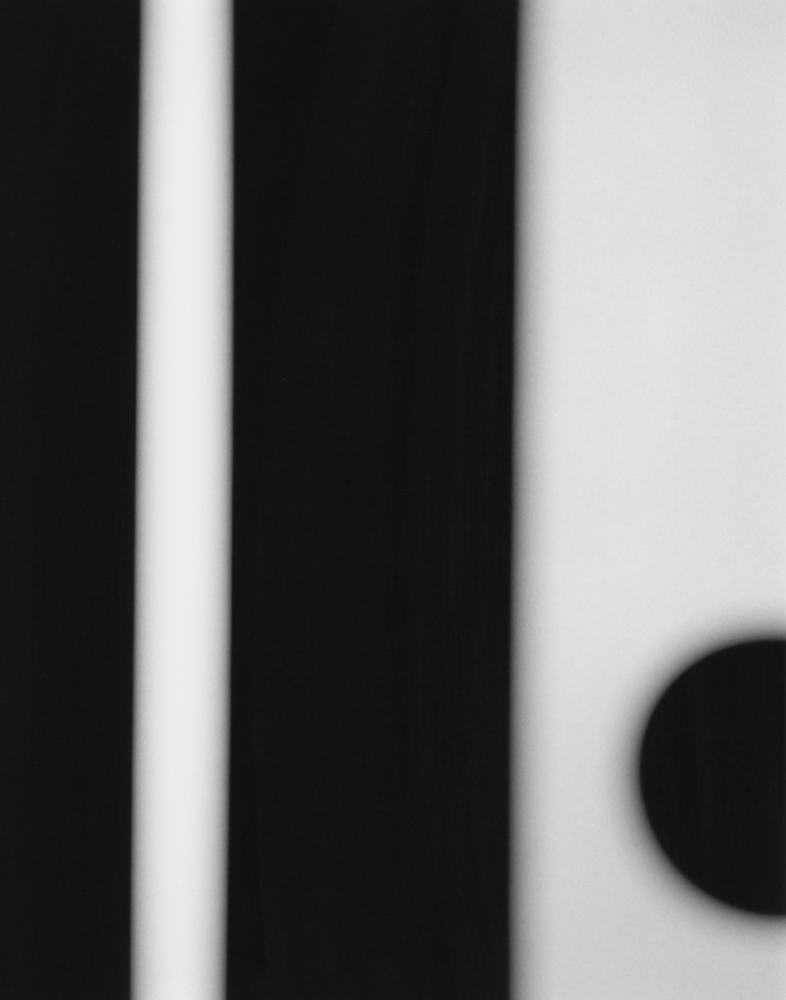 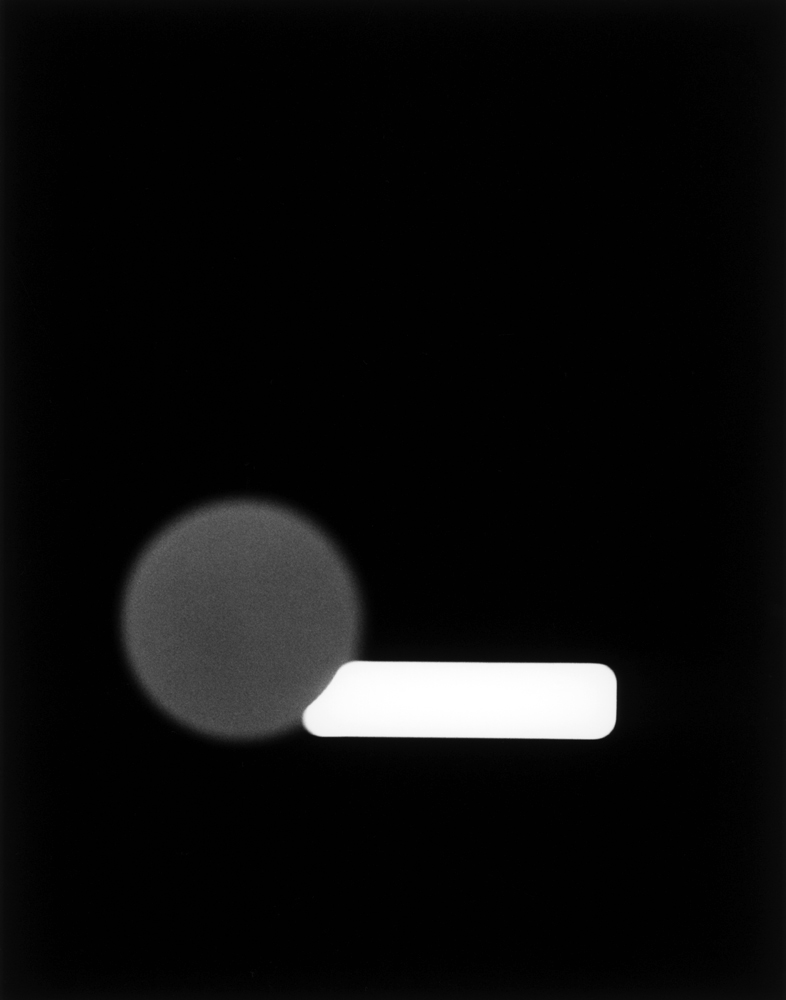 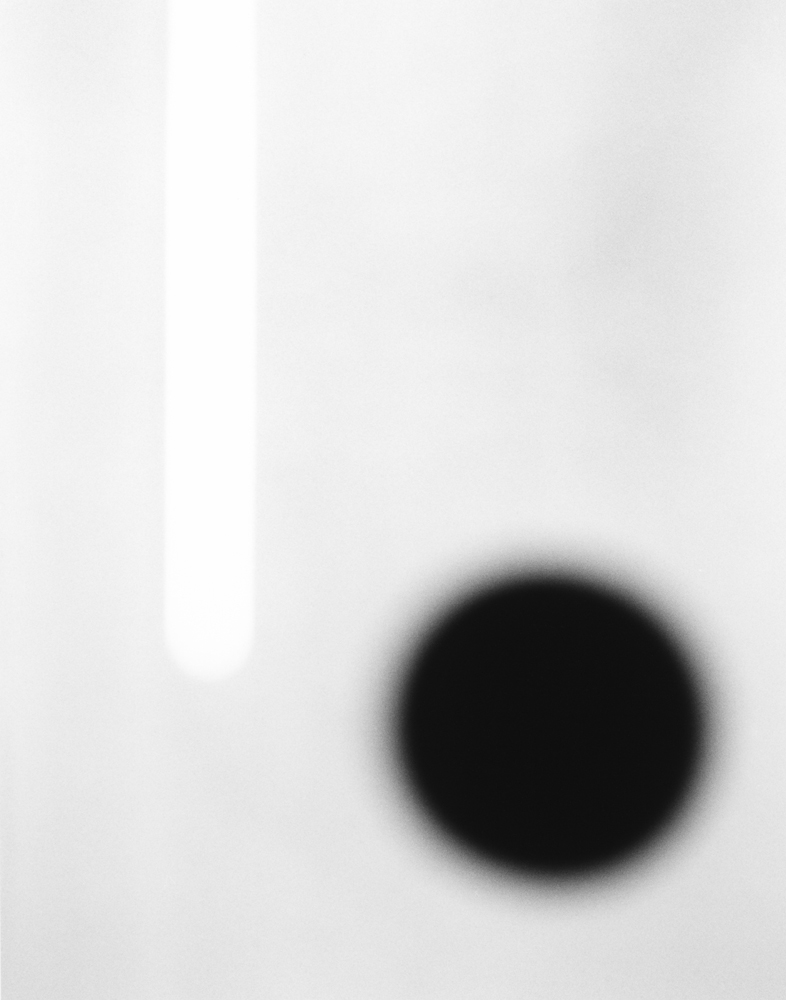 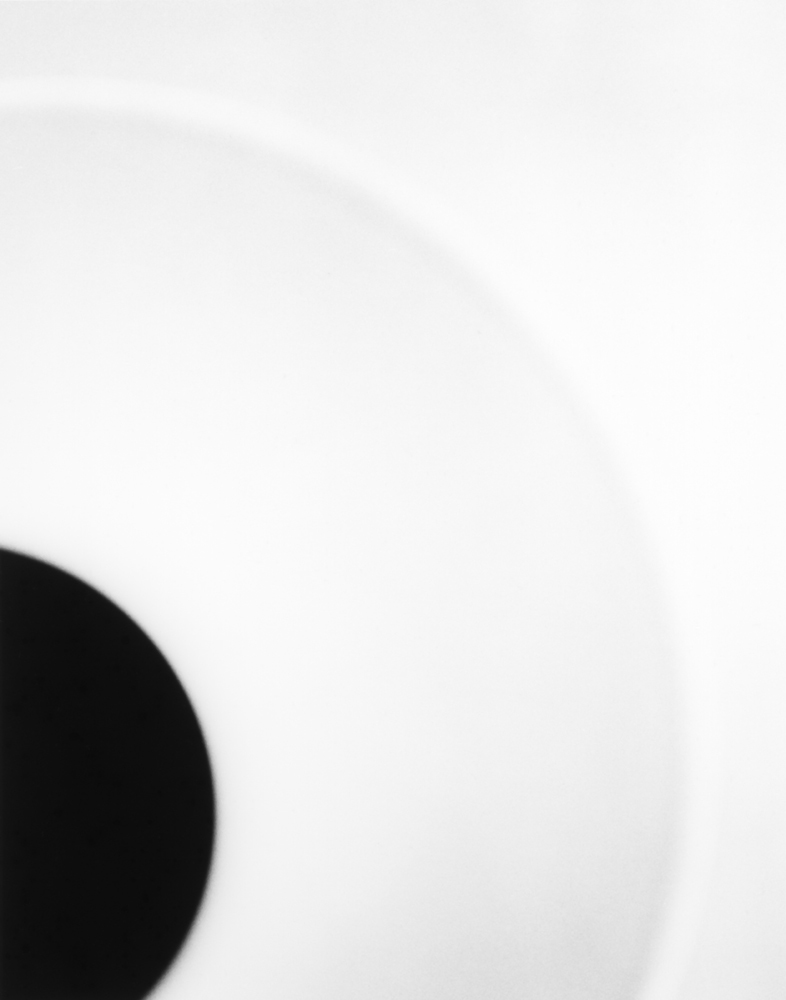 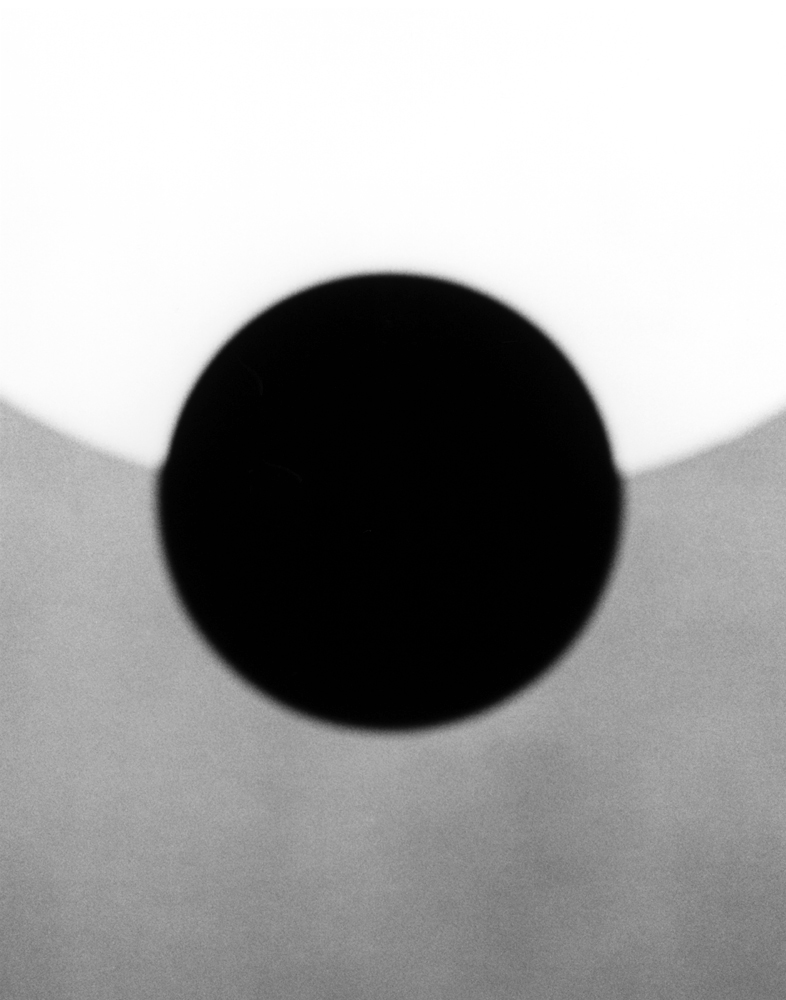 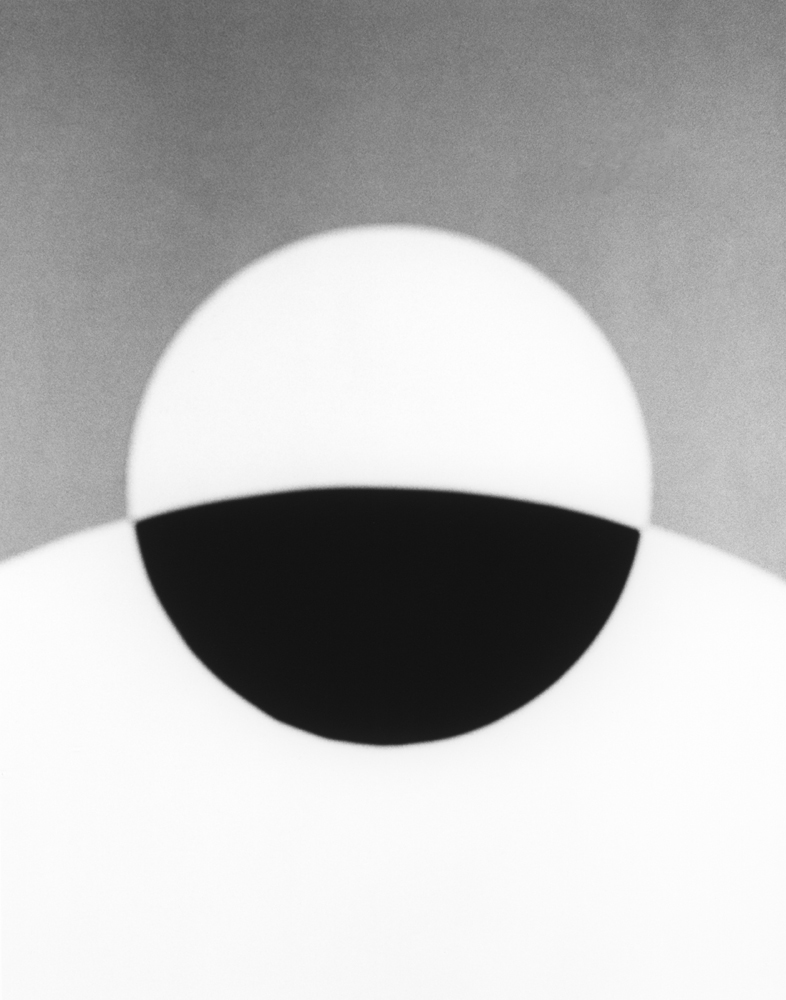 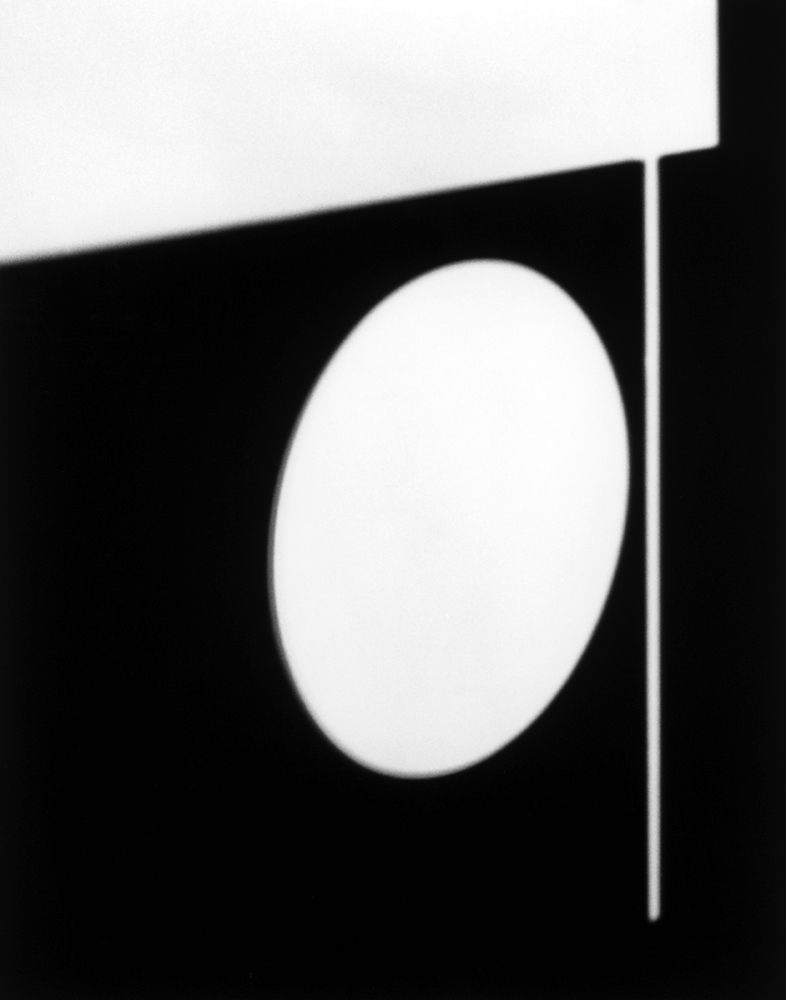 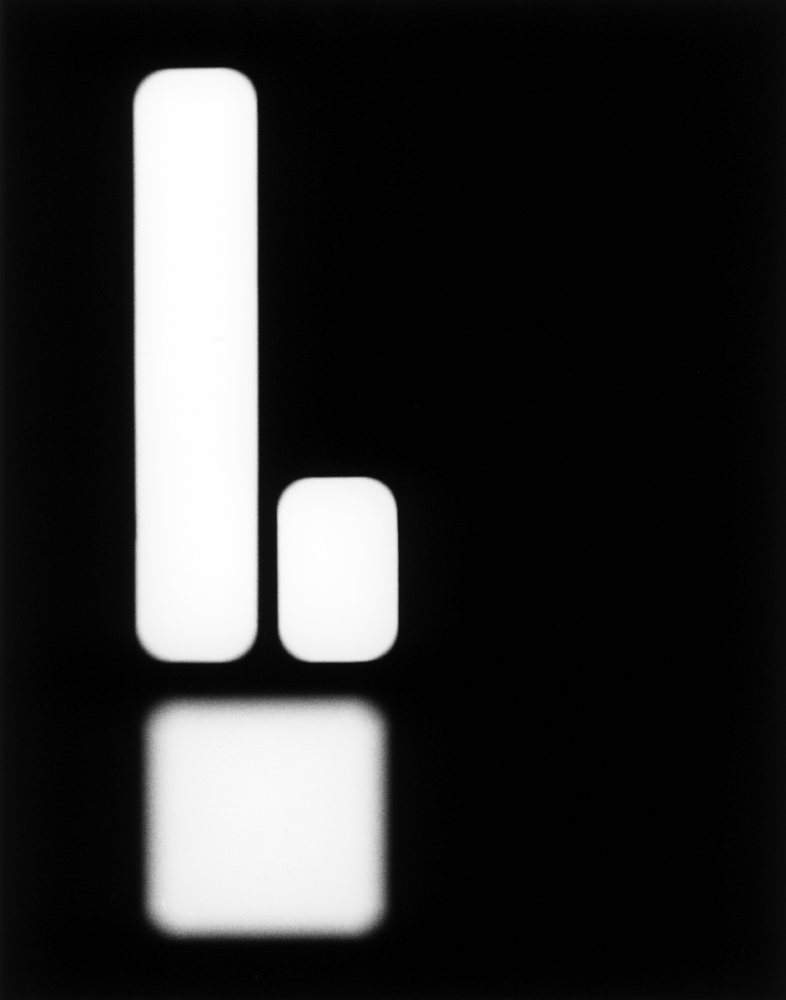 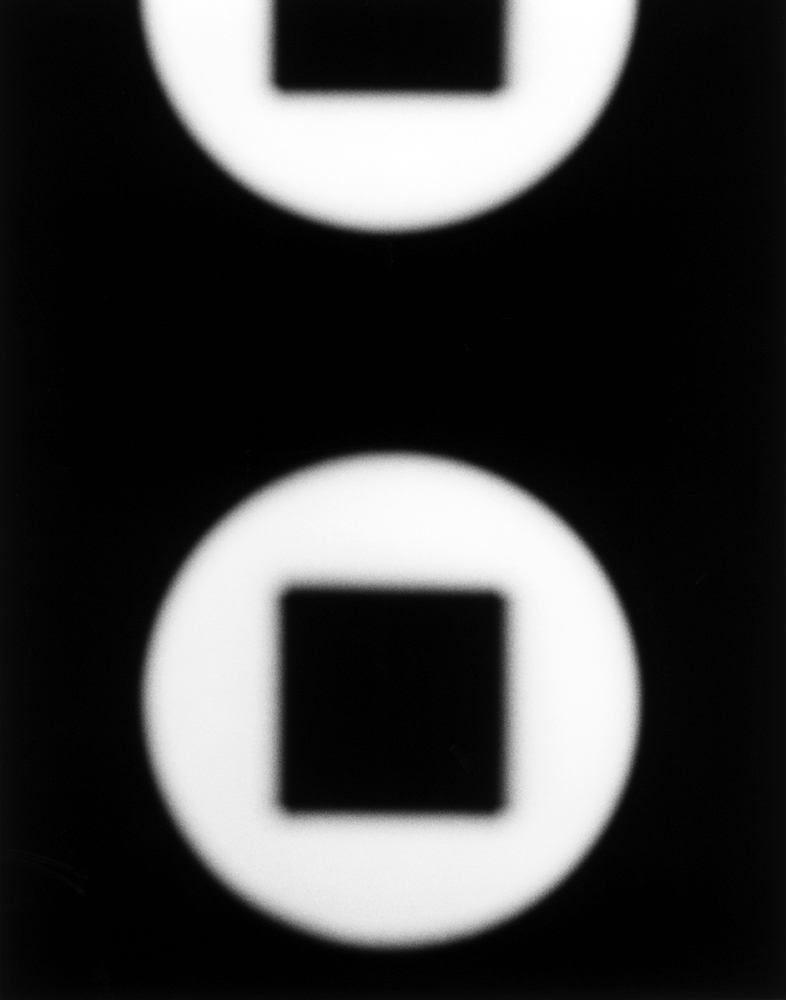 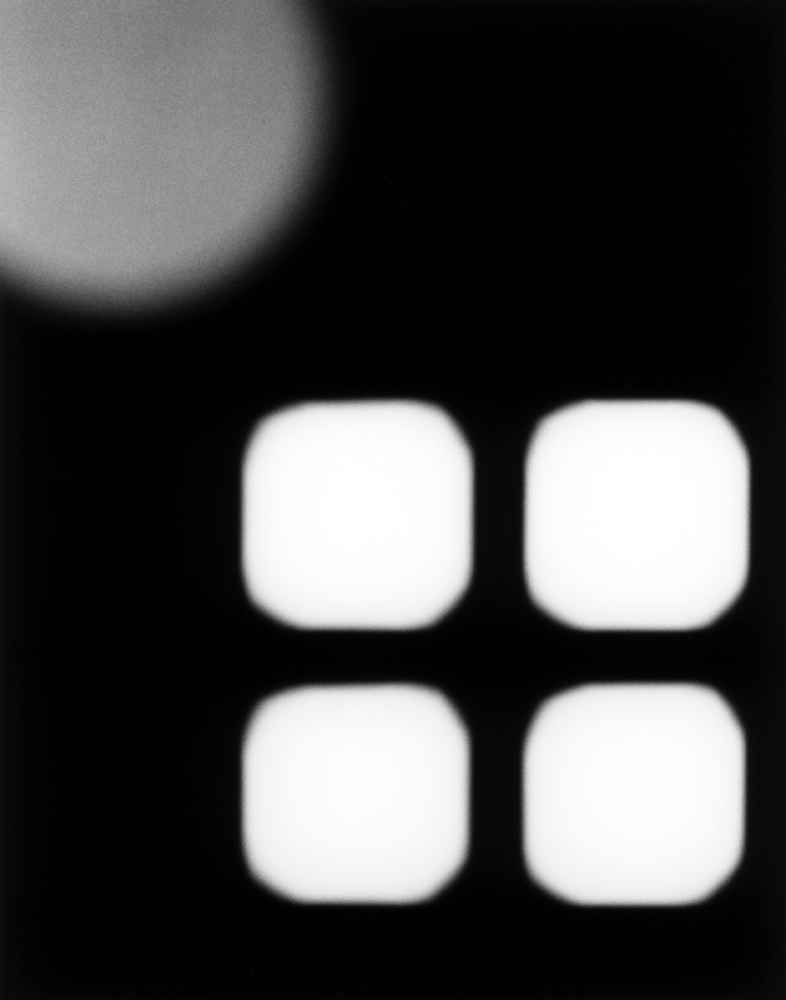 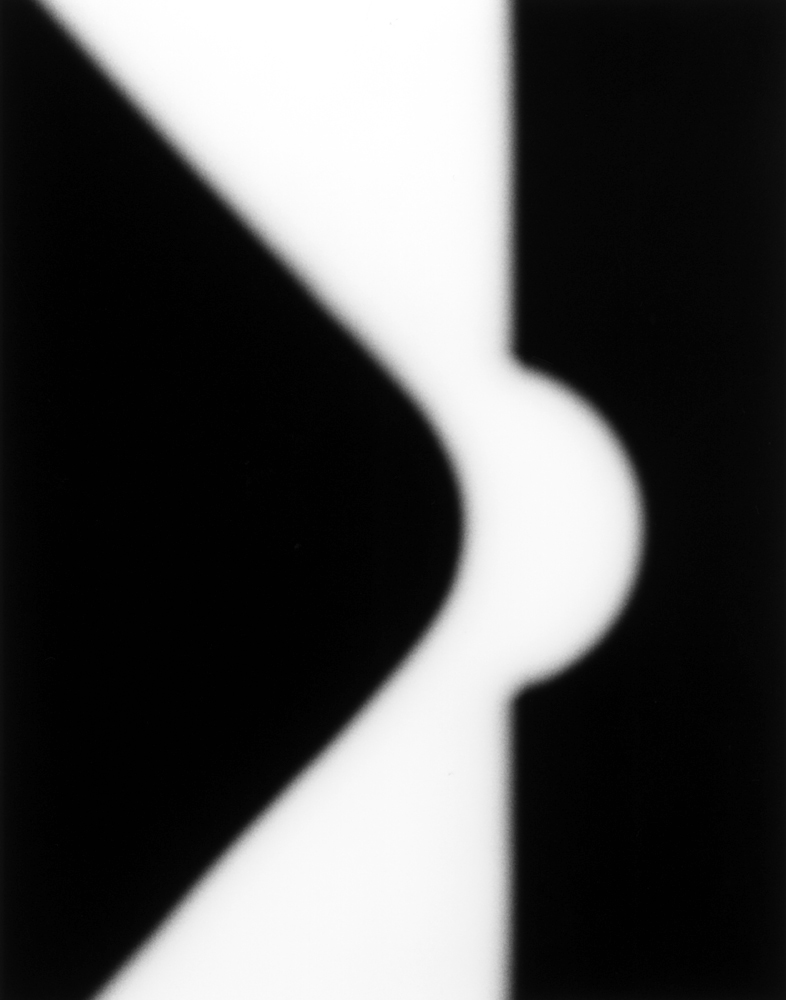 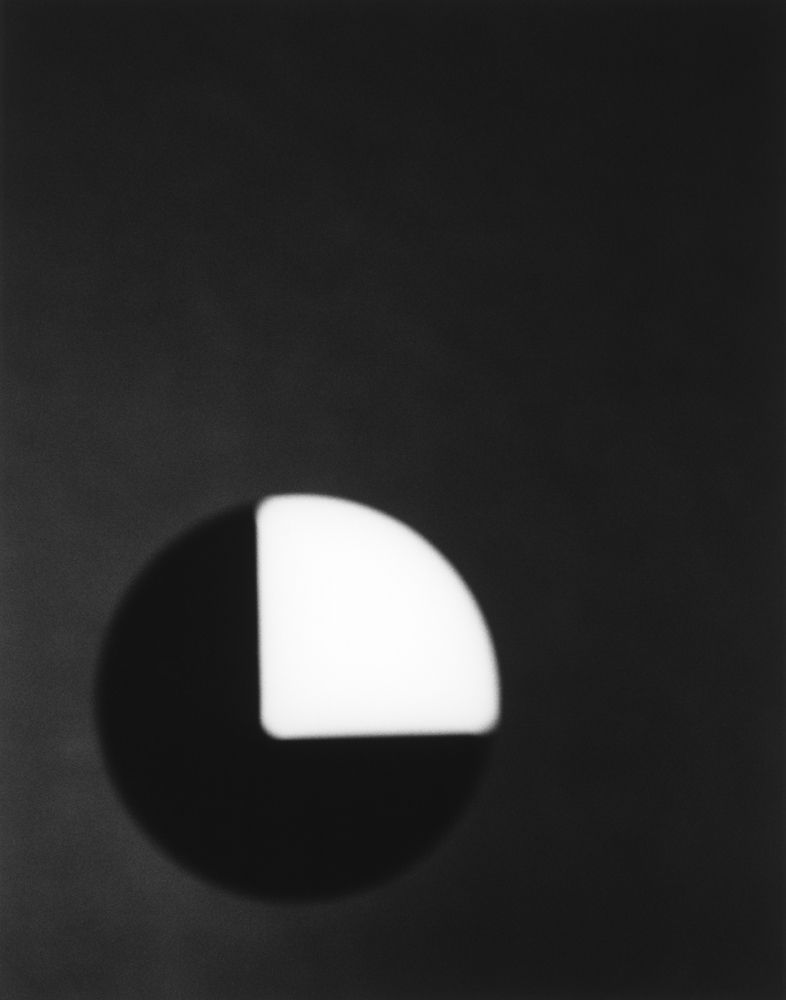 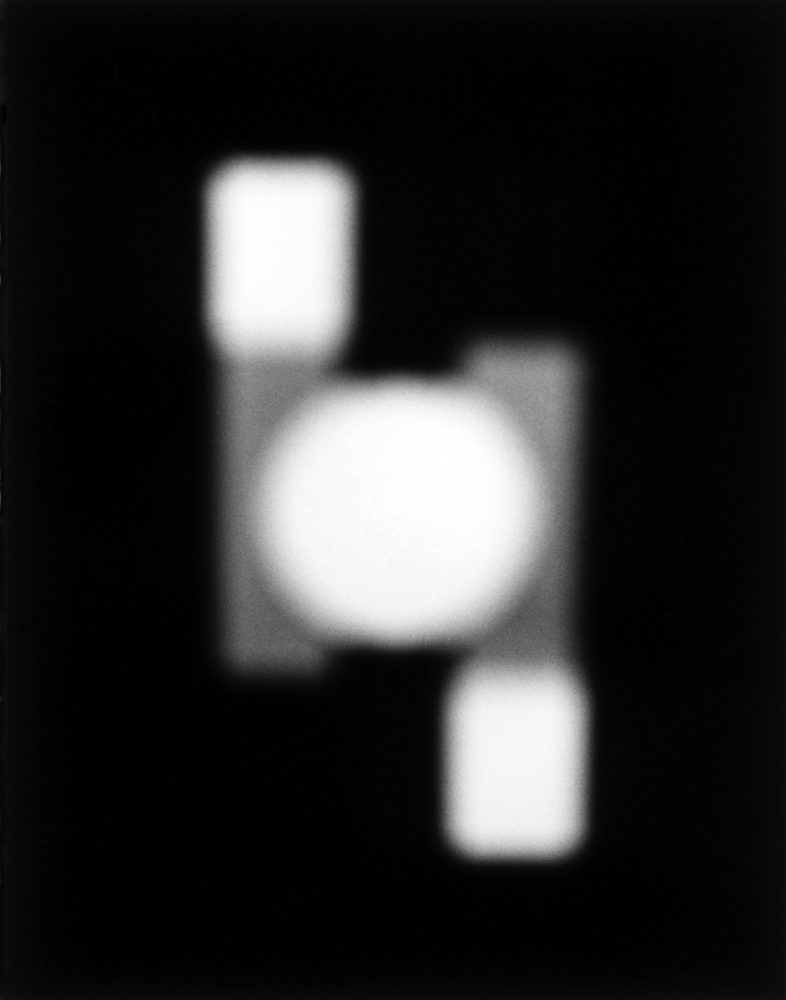