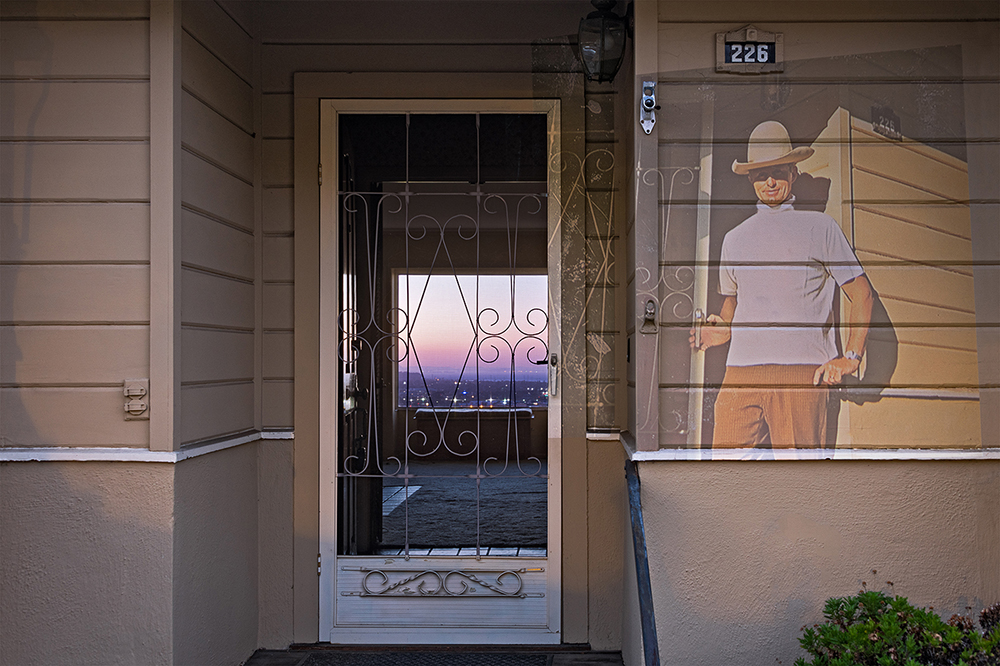 Memory is a Verb: Exploring Time and Transience brings together twelve women photographic artists exploring the liminal space between time and transience. Represented in this body of work are the universal concepts of loss, mortality, and legacy, and the exploration of what inspires us to seek solace, and reexamine our histories; subsequently unearthing discoveries about ourselves, our relationships, and our place in the universe. This week and next we are sharing projects from the exhibition with interviews by the artists. Today we feature the work of Annette LeMay Burke  who was interviewed by Annie Omens. Le May Burke’s artist talk for this project can be found on the Los Angeles Center of Photography’s YouTube channel. Her project, Memory Building speaks to memory, family, and place using vernacular photographs projected onto the surfaces of her childhood home.

Annette LeMay Burke is a photographic artist and Northern California native who lives in the heart of Silicon Valley. A longtime observer of the evolution of the western landscape, Burke is interested in how our environment changes over time and the artifacts—both tangible and temporal—that are left behind. She examines the progress of technology as a marker of time, how the built world and natural world intersect, and how our memories affect perception of place. Burke received a BA in Geology from the University of California at Berkeley. After a decade long career in high tech, she is now focused on her artistic practice.

In 2017, Burke was a finalist for Critical Mass. In 2021, she was awarded first place in the Lenscratch Vernacular Photography Exhibition, was a winner at the Imago Lisboa Photography Festival, and was a semi-finalist for the Smithsonian Institution’s National Portrait Gallery Outwin Boochever Competition.

In 2021, Daylight Books published a monograph of her work titled Fauxliage: Disguised Cell Phone Towers of the American West. 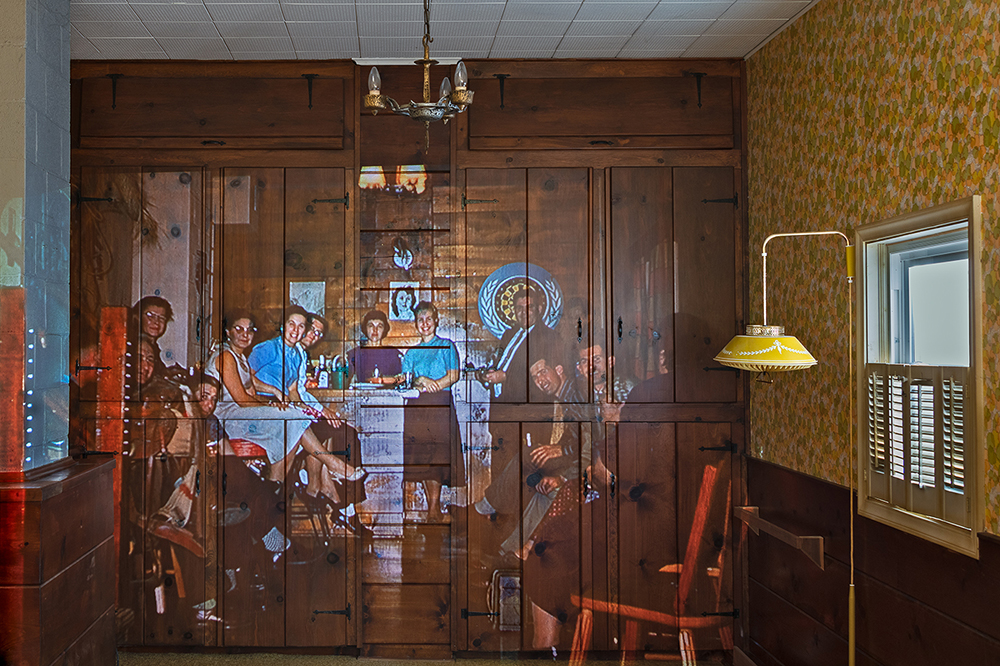 My parents died within a few months of each other. They lived in the same house for 60 years, from the day they were married until their deaths. Once they were gone, I was left with my memories of our lives together and their possessions, including a well-organized archive of family photos.

In my series, Memory Building, I projected those vernacular photographs onto the surfaces of my childhood home, in the same locations they were originally made, then I rephotographed the scene. By fusing photos from the past onto the present-day walls, I unearthed six decades of engrained memories and captured my family’s vanishing history that once permeated our mid-century suburban home.

Constructing the projected tableaus made the memories more substantive for me, provided solace for my grieving and created a new family pictorial legacy for future generations. With so many formative experiences rooted and intertwined within this building, saying goodbye to it was also saying goodbye to my parents. Even as the rooms were literally whitewashed in preparation for new owners, my memories continued to resonate within the walls. -Annette LeMay Burke 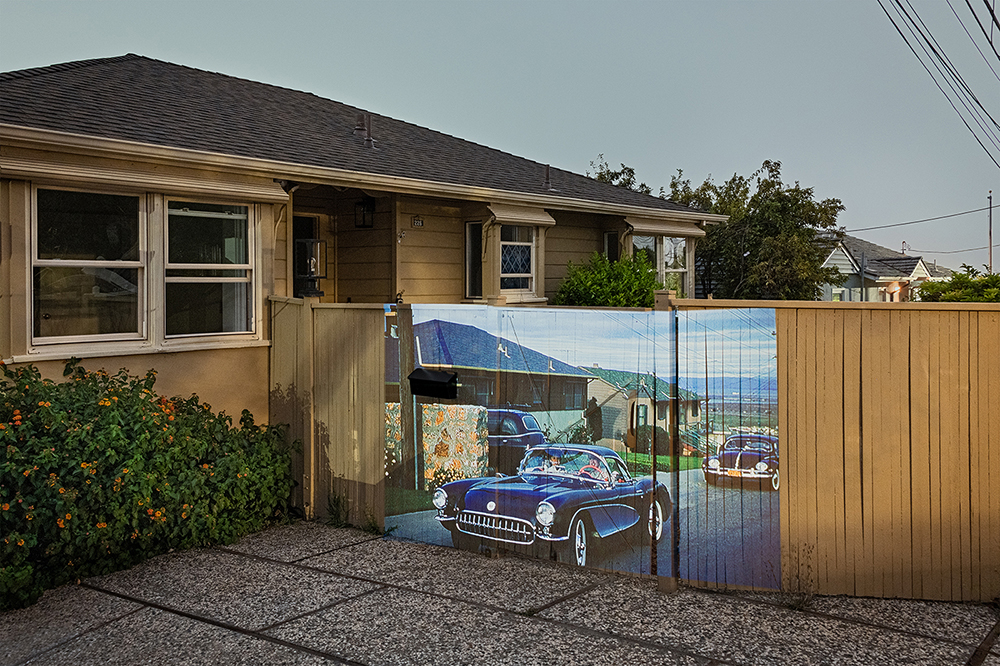 Annie Omens: Did you have another career before devoting yourself to photography?

Annette LeMay Burke: Yes, I worked in high tech in Silicon Valley. I always enjoyed working with computers. When digital photography came along, the blend of art and technology was perfect for me. I loved being able to process images on my computer. I also have a degree in Geology, but no career came out of that. 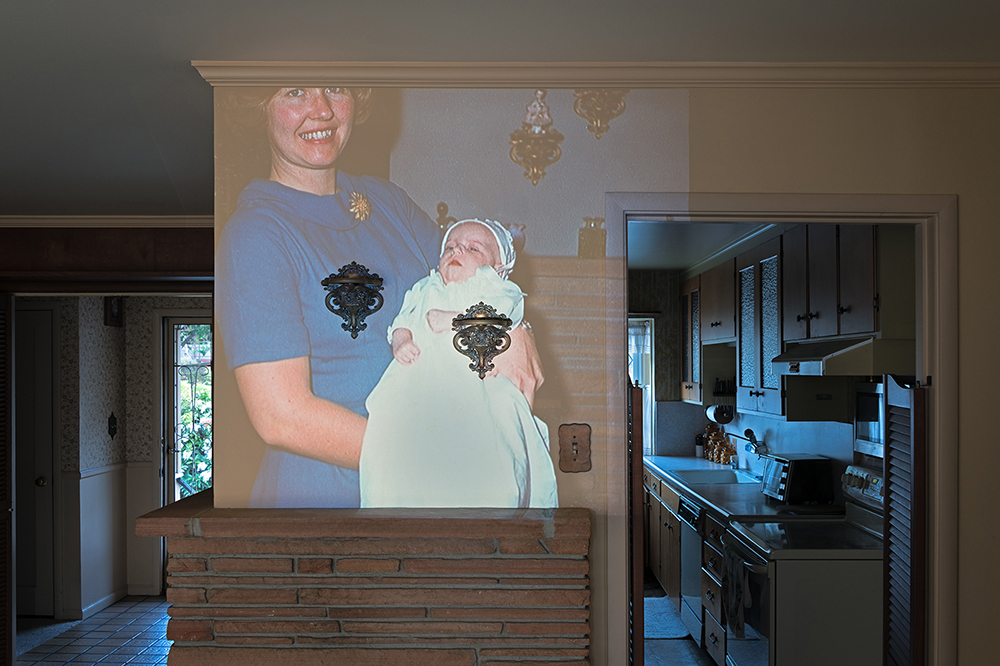 Annie Omens: How did your childhood influence you in becoming a photographer?

Annette LeMay Burke: I was always encouraged to notice details big and small. My family lived in a hillside house with views of the San Francisco Bay Area. I could observe the landscape as it changed over time—throughout the day and through the decades. I think that helped develop a skill for observation from an early age. My parents both took lots of photographs and I had my first point and shoot camera by the time I was eight. 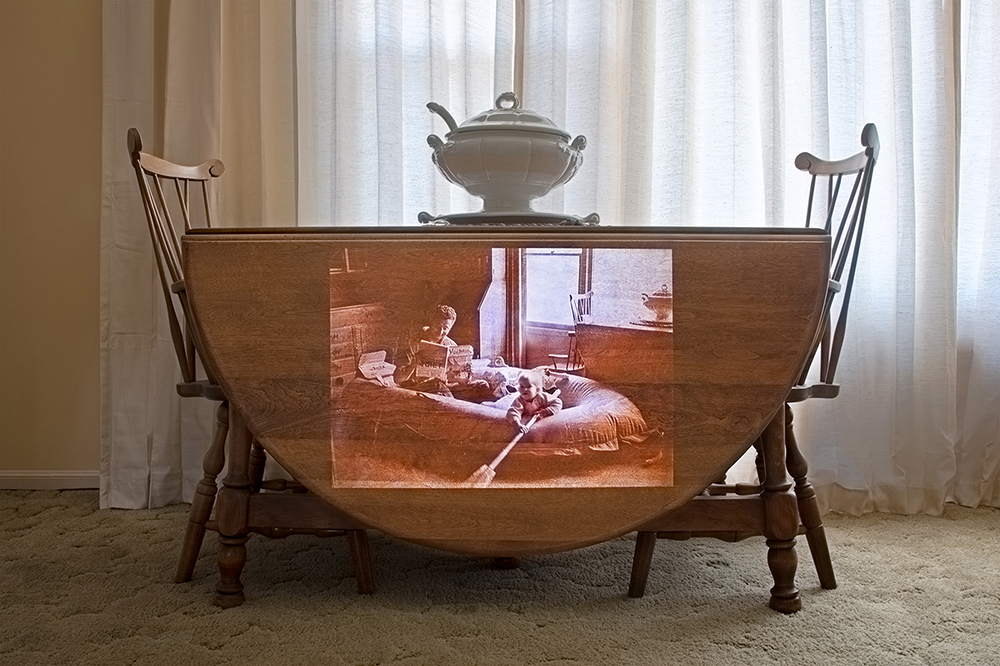 Annie Omens: How did you come to your project “Memory Building”?  What was the creative impetus for the project?

Annette LeMay Burke: Losing both my parents within a year of each other was a traumatic and life-changing event for me. I knew this was a unique point of time in my life and I wanted to document my feelings photographically, but I wasn’t sure how. I gravitated to my parents’ family photographs. Their treasured photo albums and slide carousels were well-organized and documented their 60 years together. As I was going through a lifetime of belongings at their house, I realized that the home was a container for so much of our family history. I decided to project their vernacular family photographs onto the surfaces of the house and rephotograph the scene. I wanted to show my family’s history and memories that were made in this one location. Fusing the photographs of the past onto the present-day walls also shows the long-term symbiotic relationship of my family and the house. 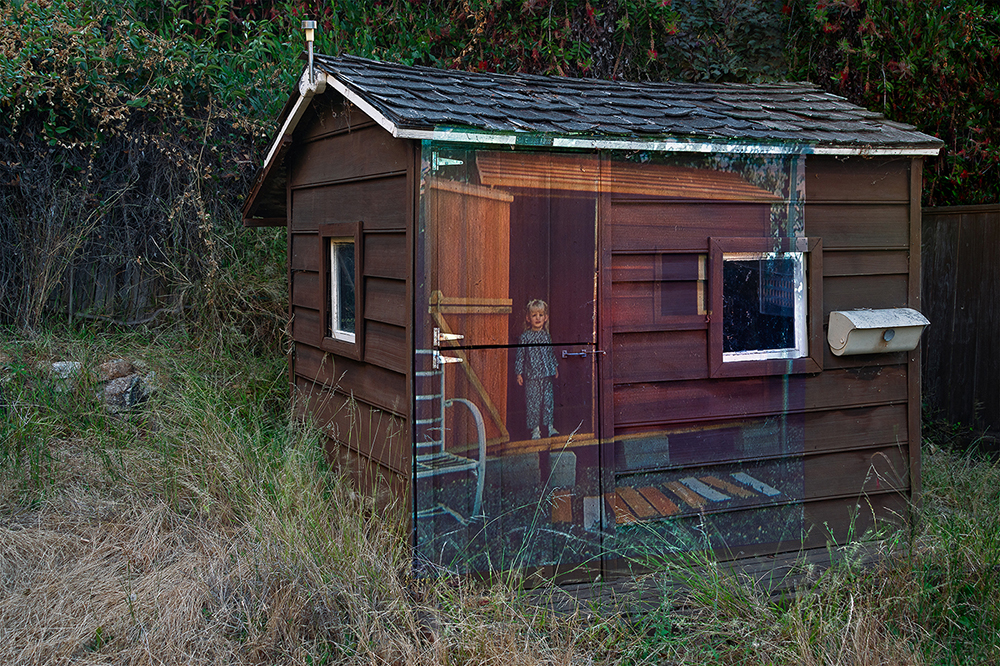 Annie Omens: What purpose did it serve for you and what value did you receive from doing this project?

Annette LeMay Burke: I found this project helpful in dealing with my grief. As I processed these images on my computer screen, I really got to look at every surface of my childhood home and saw my family members at many different ages. I found comfort in that intimacy; it kept my memories alive. I decided to sell the house. The act of creating the projected images allowed me to collaborate with the house and produce one final set of memories which helped me say to goodbye. 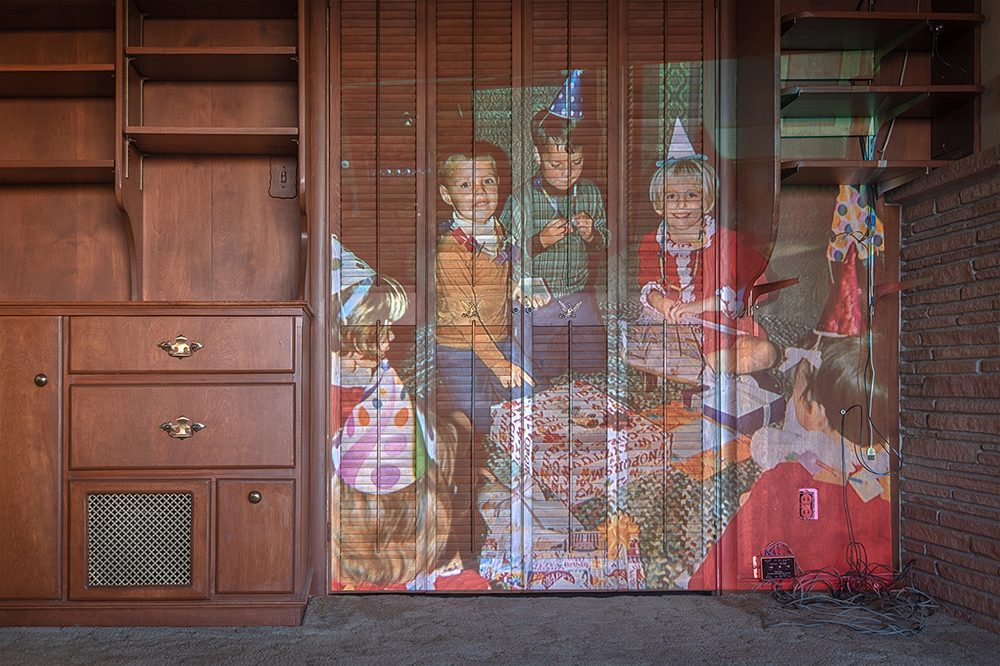 Annie Omens: What themes are you exploring now in your photography?

Annette LeMay Burke: It’s something completely different. I am exploring unique California landscapes and using them as a metaphor for our current state of social divisiveness. Perhaps I’ll finally utilize that Geology degree! 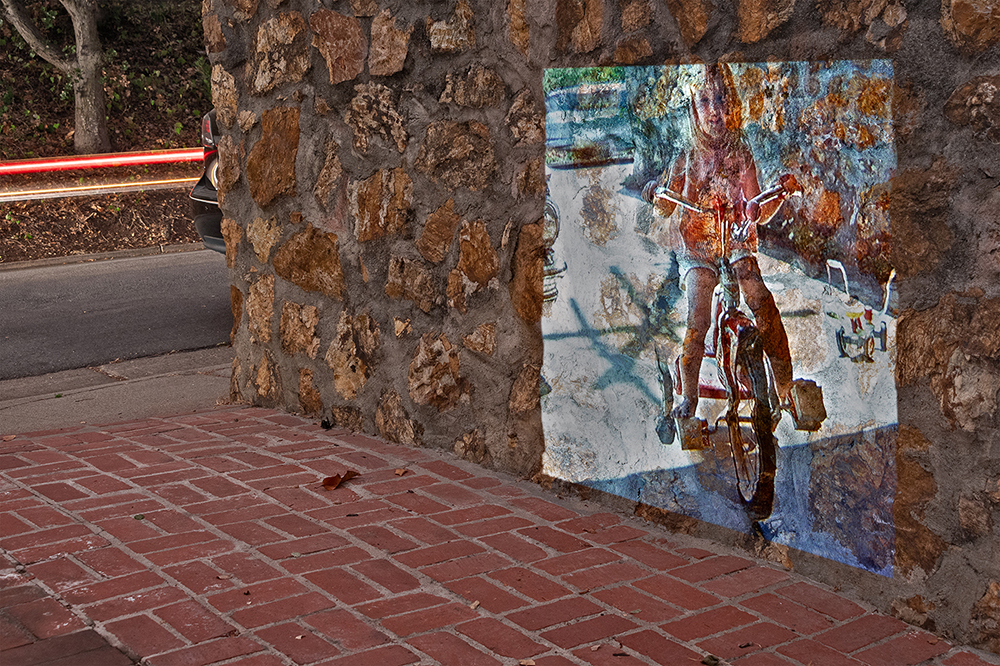 Annie Omens: What are some of your favorite contemporary photographers?

Annette LeMay Burke: I seem to gravitate towards landscape photographers. I appreciate the work of Edward Burtynsky who portrays nature transformed through industry. His images are beautiful even when portraying an environmental disaster. Richard Misrach also uses beauty to pull in the viewer and then reveals the complex relationship between mankind and nature. Jamey Stillings work thoughtfully documents infrastructure projects in the American West and helped inspire my project investigating disguised cell phone towers titled Fauxliage. I also enjoy the work of New Topographic photographers like Robert Adams and Stephen Shore. 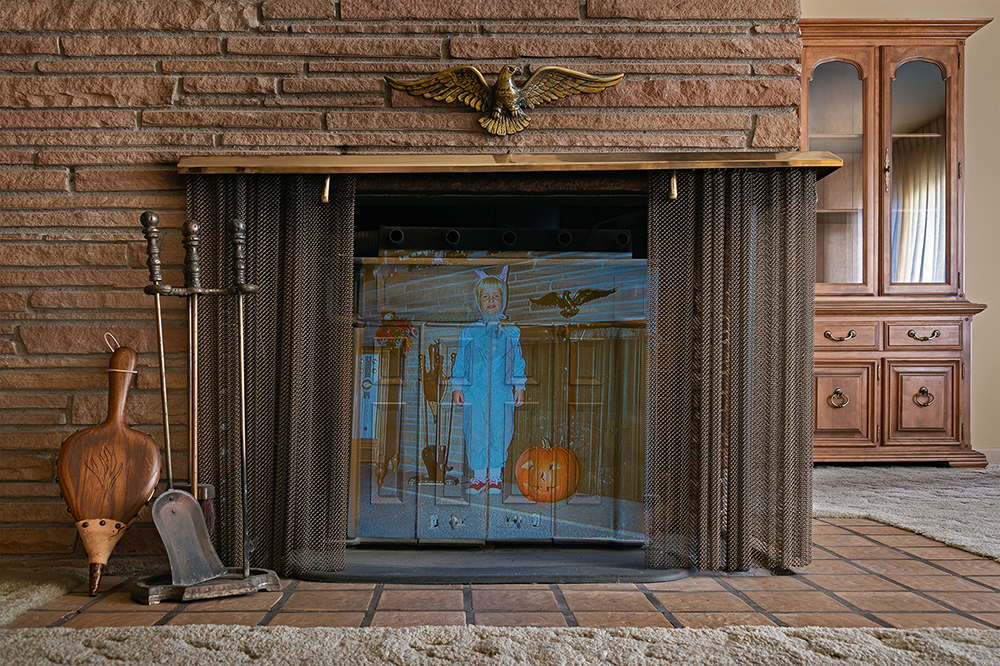 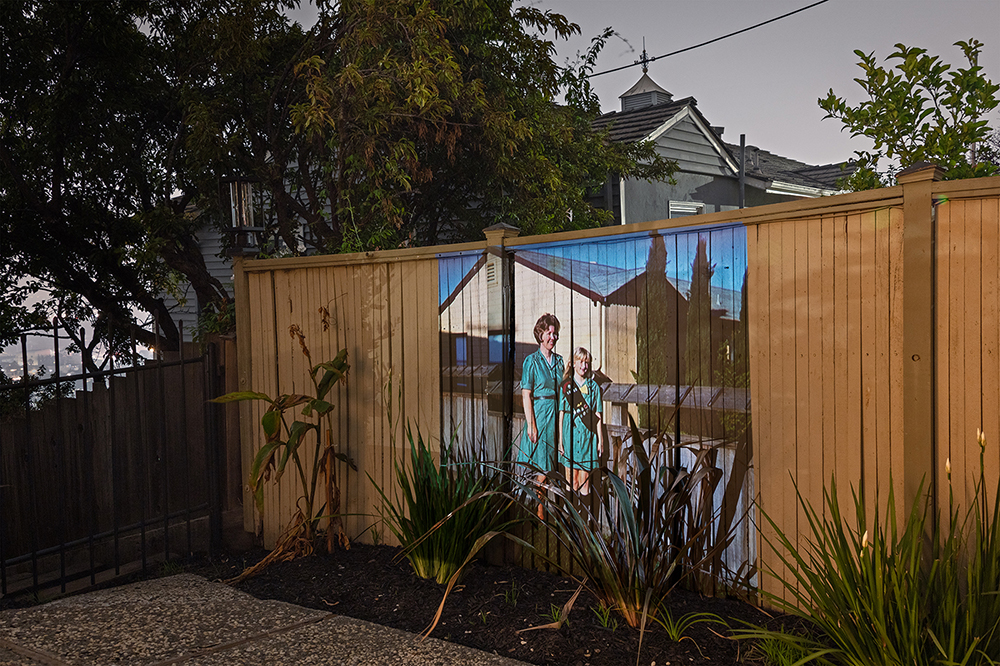 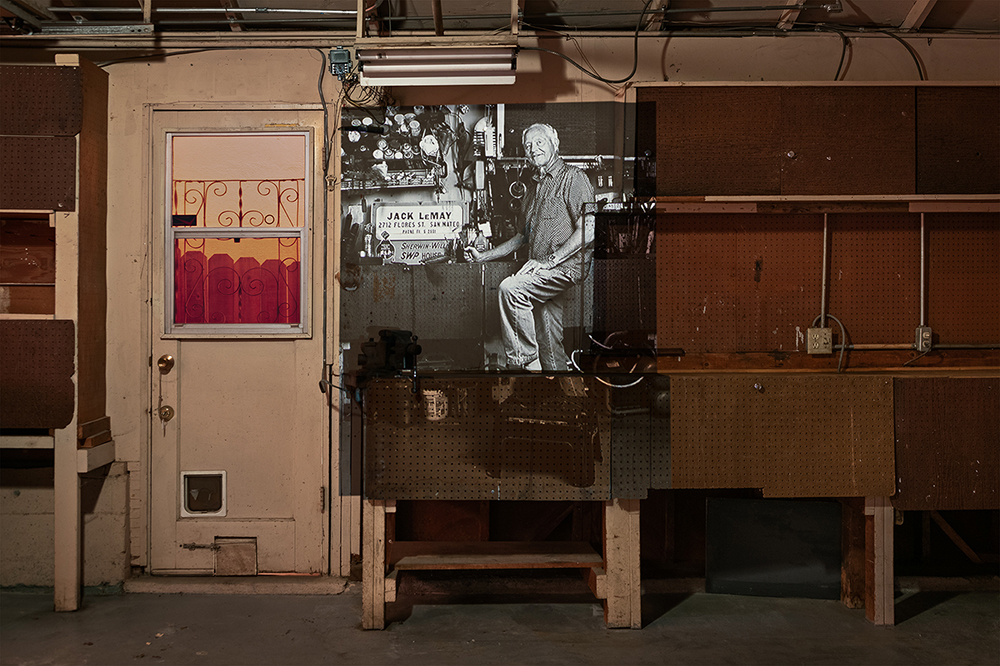 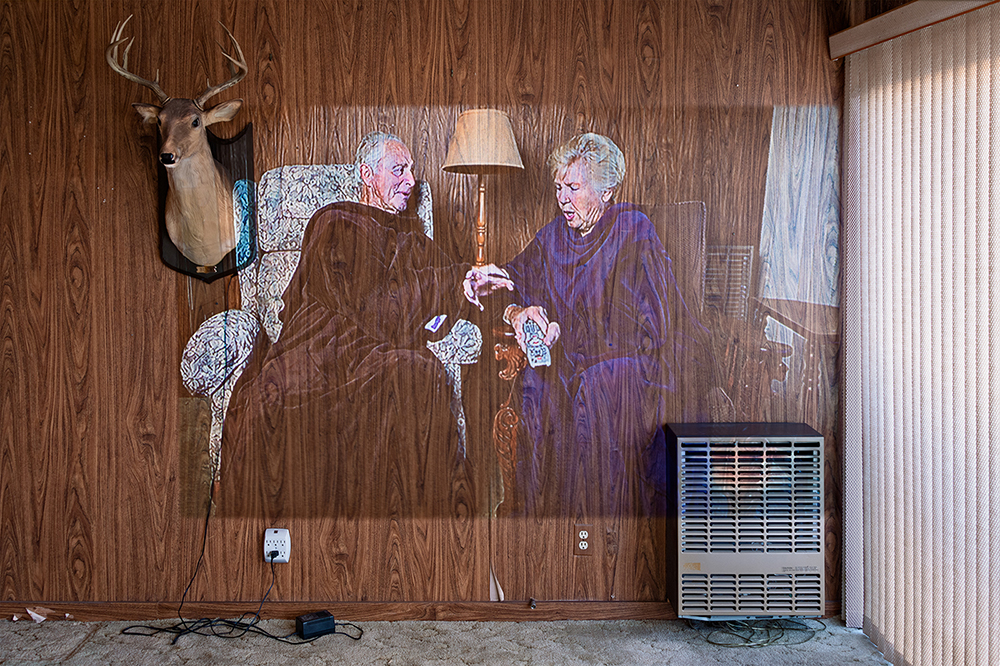 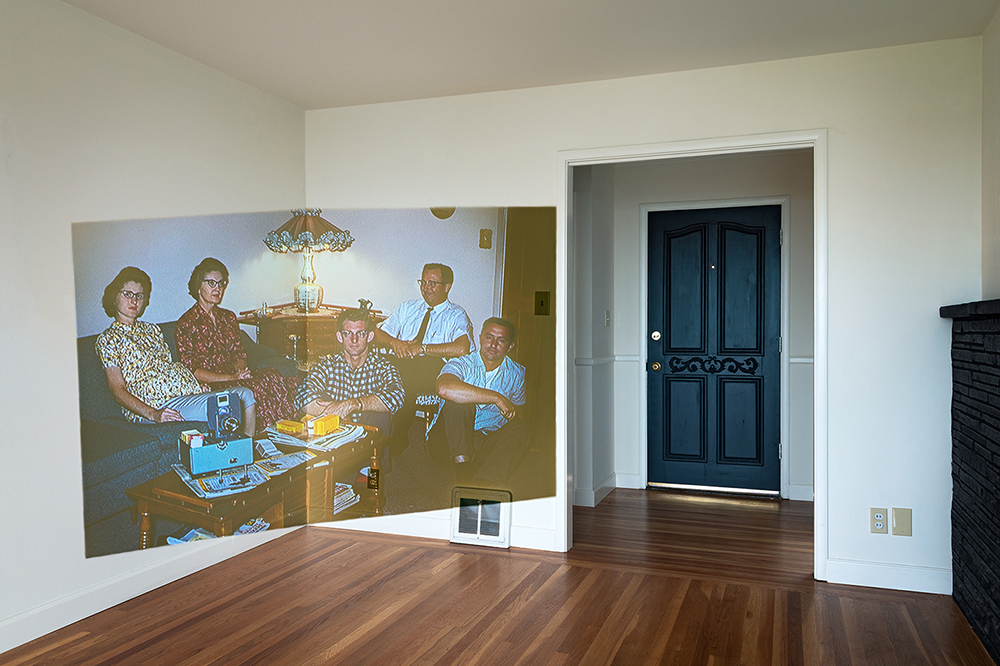 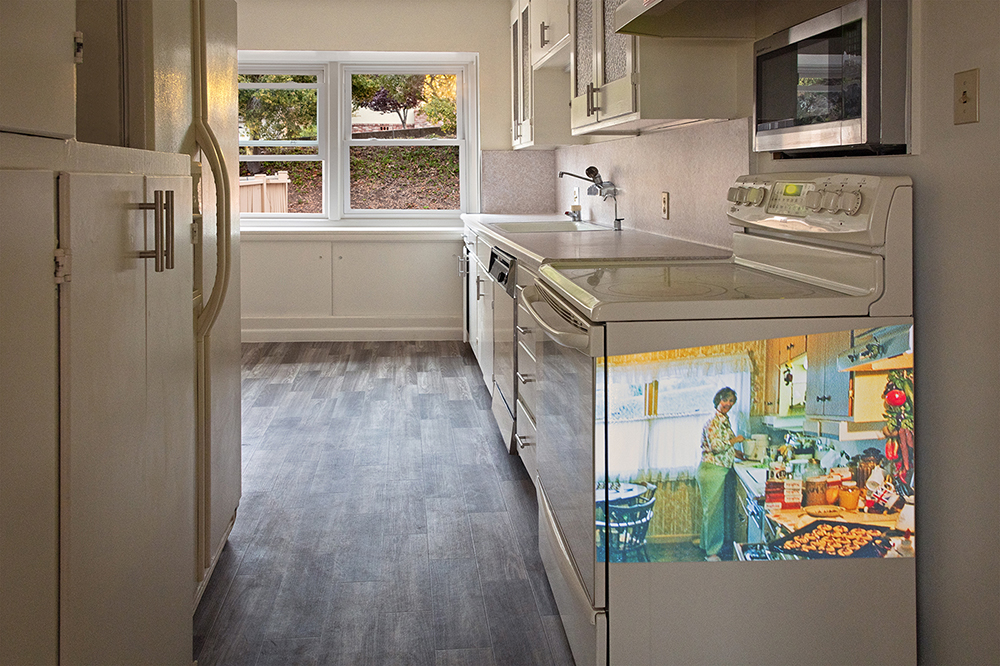 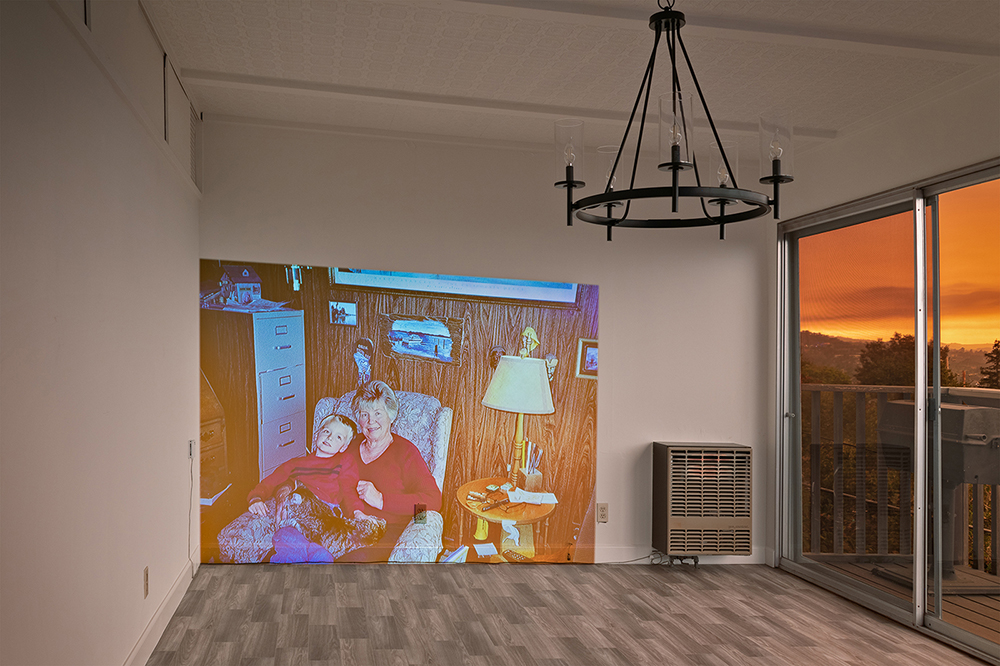