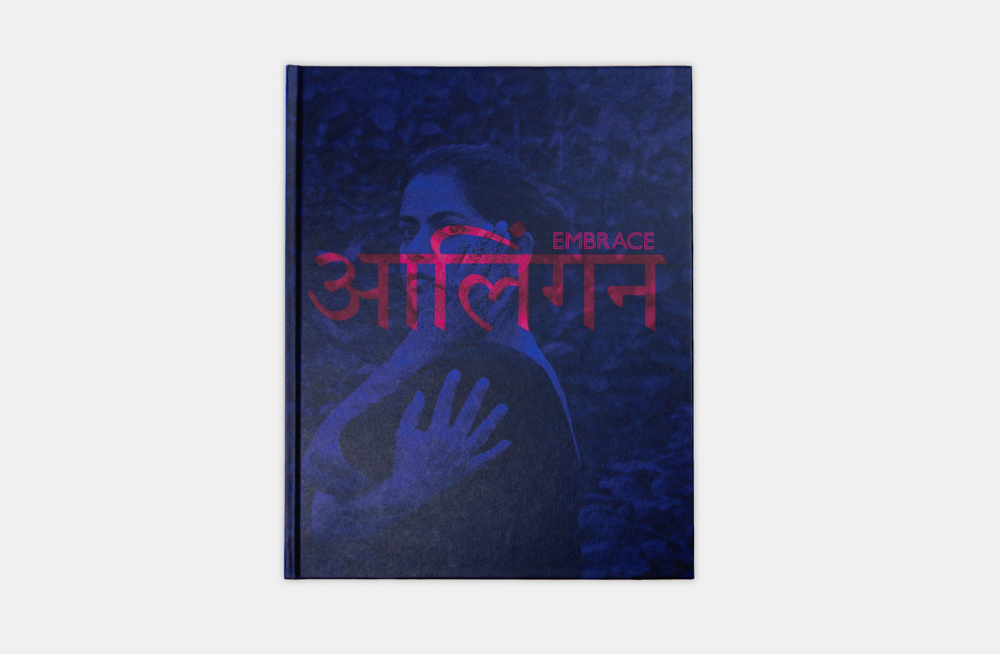 As artists, the pandemic gave us a unique opportunity to consider our lives, our routines, our past and futures as the world slowed down and confined us to home. Indian-born American artist Rohina Hoffman used that time to look deeper into her growing up in India and also consider the blessings of family in America. Her new book, Embrace, beautifully melds these worlds together in a monograph that is a personal exploration of self and family. Hoffman takes us on a metaphorical journey connecting her roots to food through the rituals of daily meals. In Embrace, Hoffman combines two photographic projects.

In Gratitude is an homage to food and family. Created during the early days of the pandemic, it is a series of portraits of Hoffman, her husband, and her three children showcasing the fresh produce they use to create their daily meals. The photographs are “seasoned” with Hoffman’s poetry. The act of creating photographs and preparing food became an almost meditative practice, offering structure and grounding during times of great unknowns.

Generation 1.75 is a visual memoir that explores identity, belonging, and the complexities of acculturation. Born in India in 1968, Rohina was raised by her grandparents until age 5 when she was reunited with her parents and began a new life in America.

Designed by Caleb Cain Marcus, the book is published by Schilt Publishing and Gallery (Amsterdam) with essays and poetry by Hoffman in both English and Hindi, essays by Paula Tognarelli and Geeta Kothari. The book can be purchase on her site and through Schilt Publishing. 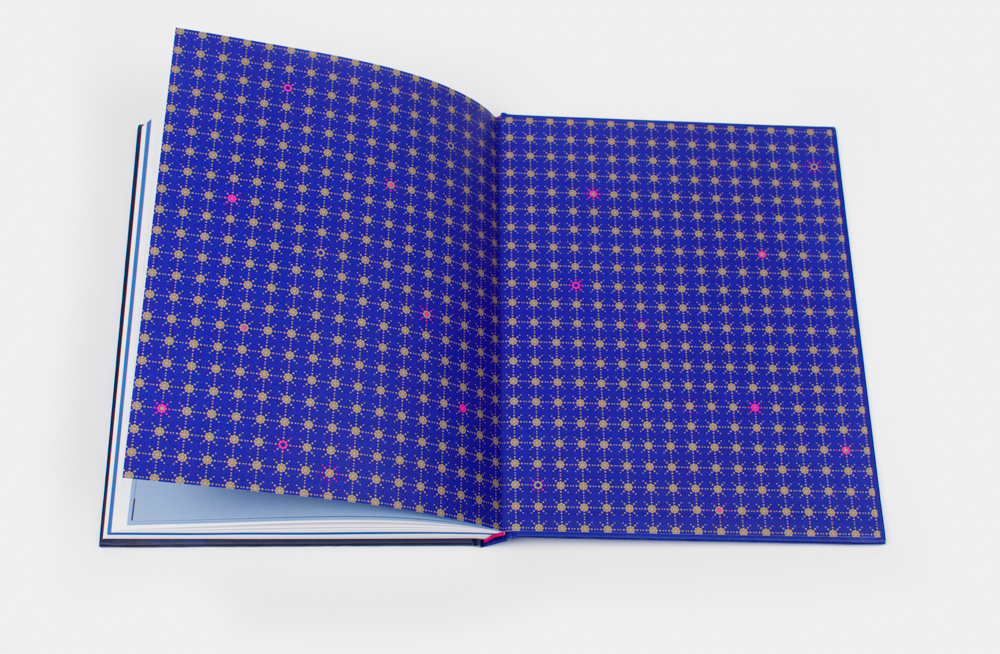 Rohina Hoffman is a fine art photographer whose practice uses portraiture and the natural world to investigate themes of identity, home, adolescence and the female experience.

Born in India and raised in New Jersey, Rohina grew up in a family of doctors spanning three generations. While an undergraduate at Brown University, Rohina also studied photography at the Rhode Island School of Design and she was a staff photographer for the Brown Daily Herald. A graduate of Brown University Medical School and resident at UCLA Medical Center, her training led to a career as a neurologist.

A skilled observer of her patients, Rohina was instilled with a deep and unique appreciation of the human experience. Her ability to forge the sacred trust between doctor and patient has been instrumental in fostering a parallel connection between photographer and subject.

Rohina published her first monograph Hair Stories with Damiani Editore (February 2019) accompanied by a solo exhibition at Brown University’s Alpert Medical School. Her monograph, Hair Stories, is held in many notable public collections including the Metropolitan Museum of Art, Getty, Cleveland Institute of Art, and over twenty-five university libraries.

In 2021, she was the winner of the Altanta Photography Group’s Purchase Award and several of her prints were acquired by the High Museum of Art in Atlanta, Georgia.

Her photographs have been exhibited in juried group shows both nationally and internationally in venues such as The Center for Fine Art Photography, Griffin Museum, Colorado Photographic Arts Center, Los Angeles Center for Photography, Photo LA,  and A. Smith Gallery. She has received numerous awards and has been published in Marie Claire Italia, F-Stop Magazine, The Daily Beast, Lenscratch, Shots Magazine, and Edge of Humanity among others. She lives with her husband, three children and two golden retrievers in Los Angeles. 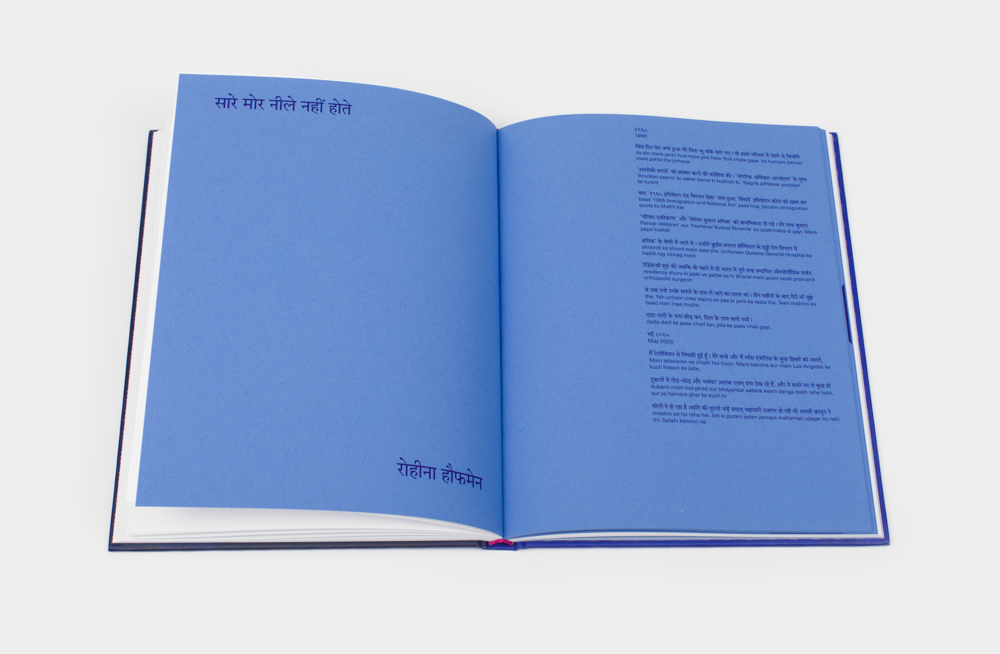 Congratulations on the new monograph! Tell us about your growing up, especially as it informs so much of the book!

My childhood definitely shapes my work and especially this book. I was born in India and lived with my paternal grandparents in a large extended family household during my early childhood. My father was the first of our family to immigrate to the United States and he arrived in Queens, New York on the day I was born. My mother followed three months later to be with him. It seemed too daunting to them to try to work and raise young children in a foreign country without any support, and for that reason I was left behind.

My early childhood was complicated. I was spoiled and loved by a large family, and I remember fun times and antics with cousins and long family dinners. But I also was aware that my parents were somewhere else and that my circumstances were tentative. I felt different than my peers in India. This unease and the feeling of not entirely belonging to a place is a theme that would be recurrent in my life.

I moved to the United States at the age of five, joined my parents, and began a new life. It was definitely an emotional upheaval. I grew up in suburban New Jersey and had a typical diasporic life with a discontinuity between my school (public) self and my home self and possibly even my true self. There were expectations and assumptions and a need to assimilate, while at the same time remaining faithful to my roots and values. 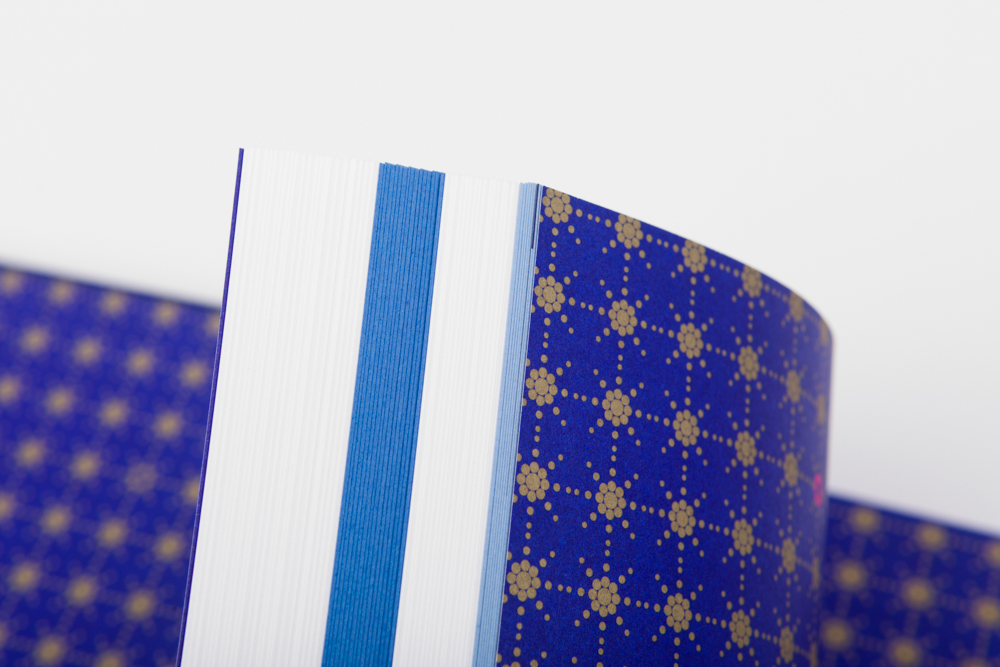 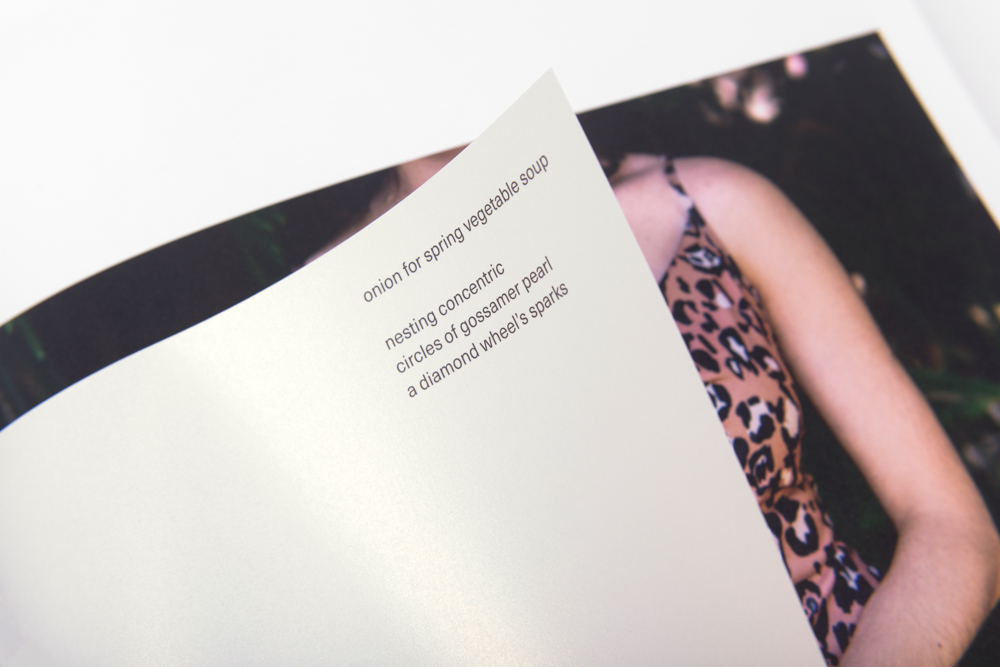 For someone who doesn’t know you, can you walk us through the book and work?

Embrace is comprised of multiple parts. The first part of the book is the In Gratitude work, color portraits of my family members and me holding the produce that we used to make our daily dinners during the Covid lockdown of 2020. There are accompanying poems that are interspersed on smaller shimmery paper. These papers are meant to be touched, felt, and turned, encouraging the viewer to slow down and in some ways mirror what many of us felt during that time: a more deliberate life and one that was perhaps less frantic, more introspective. The poems are short and reflect the profound moments in time that we collectively experienced during Covid.

The next section of the book is my essay “Not All Peacocks are Blue” translated into Hindi and also transliterated. I wanted to reach a broader audience and I also liked the aesthetics of the Hindi letters. For non-Hindi readers, it is meant to convey the feeling of “otherness.”

Following that is the same essay written in English. The narrative piece is a weaving of distinctly important moments in my life, from early childhood and from later in my adult life.  Juxtaposed together they work to create a resonance between them.

The next section of the book is the Generation 1.75 project, a metaphorical and lyrical look at themes of loss, uprootedness, and gained perspective in my personal journey of migration and identity. The book ends with essays by Paula Tognarelli, the former Executive Director of the Griffin Museum of Photography, and Geeta Kothari, senior editor of the Kenyon Review. 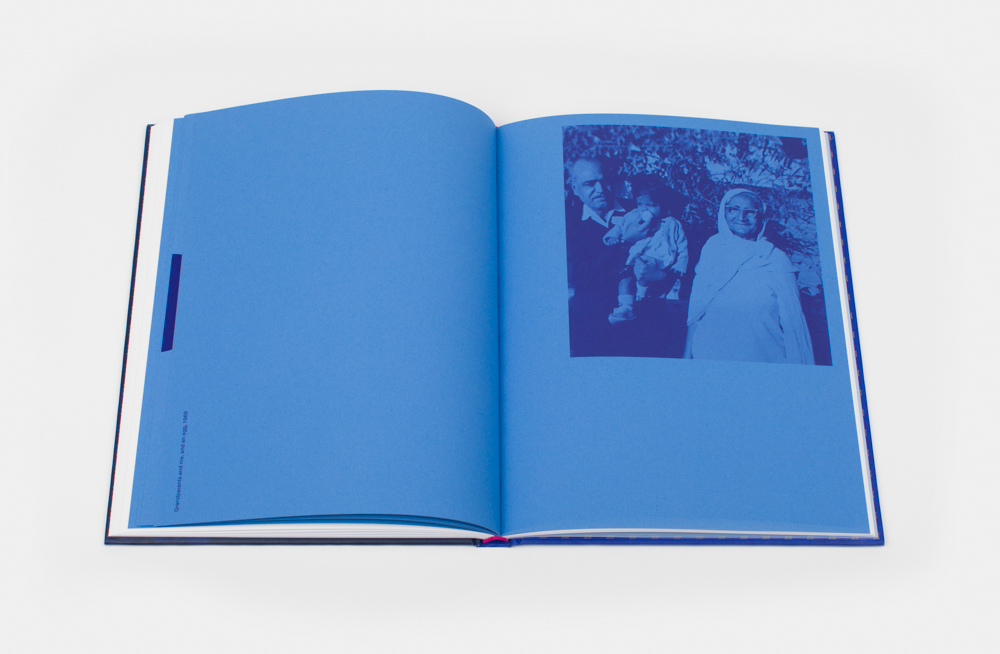 The book itself is a unique presentation with sections of blue pages, smaller inserts of poetry and stories from your growing up. Were you involved in the book design?

I was fortunate enough to work with the talented designer Caleb Cain Marcus (Luminosity Lab) who designed my first book, Hair Stories. We worked for over 15 months on the design, going back and forth through emails and video conferencing. Caleb understood the work and is inventive as a designer. It was important to both of us to make a layered work of art and take the book beyond just the photographs. 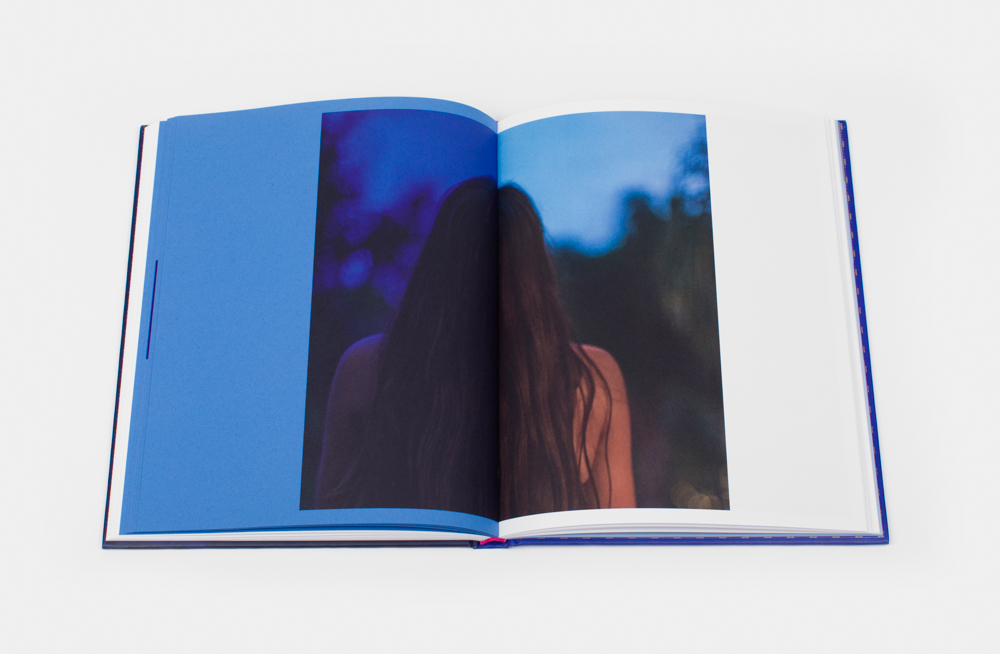 The book ultimately is about family, the first half of the book is about gratitude that was produced during the lockdown and the second part of it your recognition that you are part of the 1.5/1.75 generation of immigrants. Can you describe that concept?

The In Gratitude work is about nourishing and nurturing my nuclear family. If I could feed them, then perhaps I could keep us safe (from Covid). Preparing meals and eating together was a way to ward off feelings of uncertainty, acknowledging the need for connection, and celebrating the food itself. The Generation 1.75 work is also about uncertainty: growing up with a hyphenated identity, the search for belonging, and reaffirming my own upbringing. The term Generation 1.75 helps to distinguish those who immigrate as children from their parents who immigrate as adults. 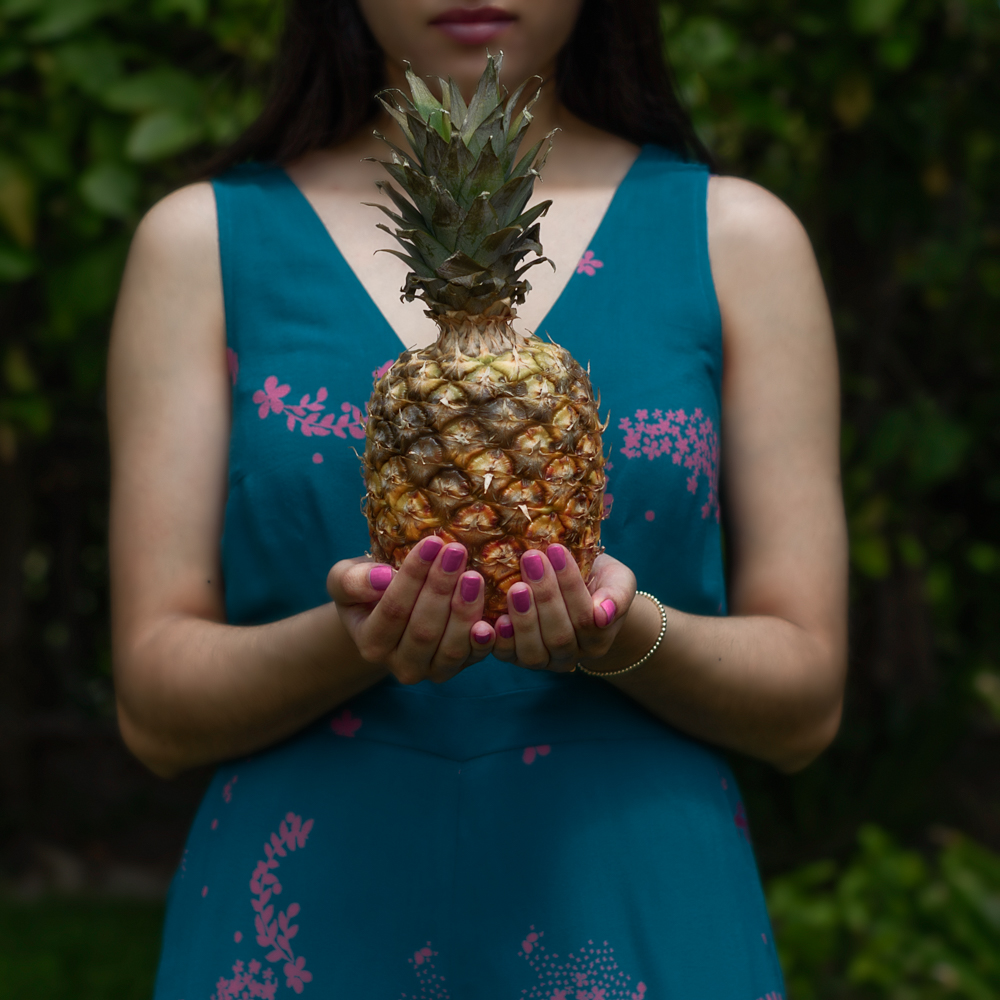 ©Rohina Hoffman, Pineapple for Smoothie, from In Gratitude

What was the hardest part of making the book?

The translation and transliteration of my essay into Hindi was one of the more challenging tasks. Hindi has 11 vowels and 40 consonants and when translating from English, one English word can require several words in Hindi to say the same thing. I had Kisha Ravi do the initial translation work (with the help of her parents), and then I spent many hours working with my father remotely, painstakingly going over every single word to make sure the words chosen matched my intent. I cannot read Hindi beyond the alphabet, but I can understand the transliteration. Once we thought this was finalized, we had to convert it to the correct devanagari font and soon discovered that there were errors in the Adobe program of In Design which changed our letters. 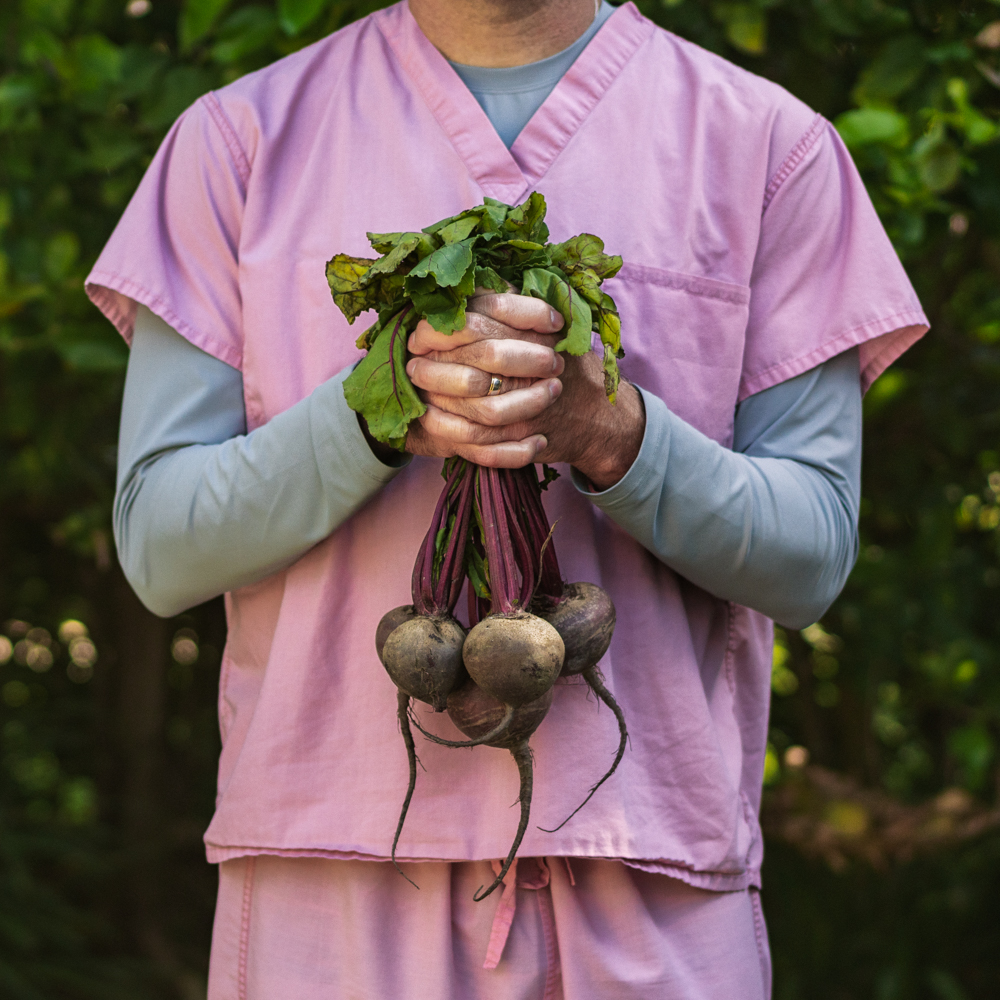 ©Rohina Hoffman, Beets for steaming in water and lemon juice, from In Gratitude

I am currently working on a project about Providence, Rhode Island and the history of some of its street names. 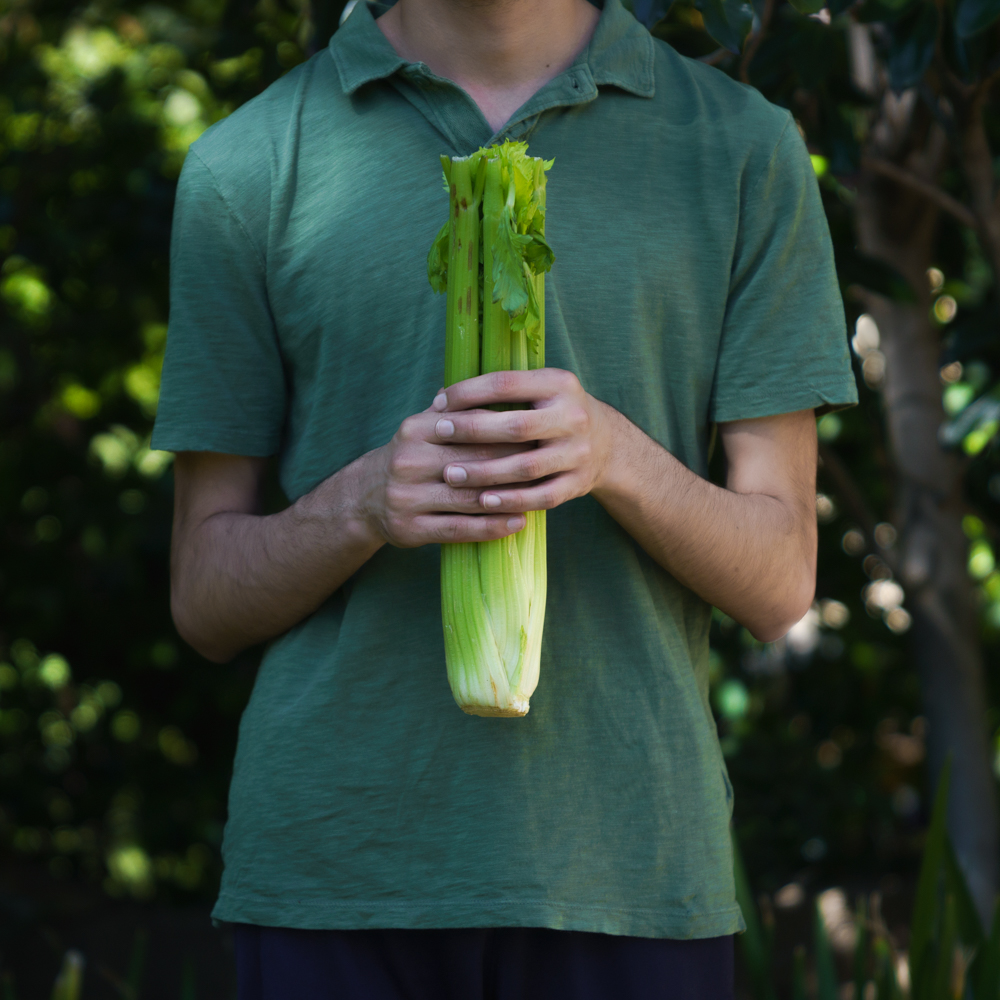 ©Rohina Hoffman, Celery for chicken noodle soup, from In Gratitude

Where can we buy the book?

The book is available on my website and through Schilt Publishing. 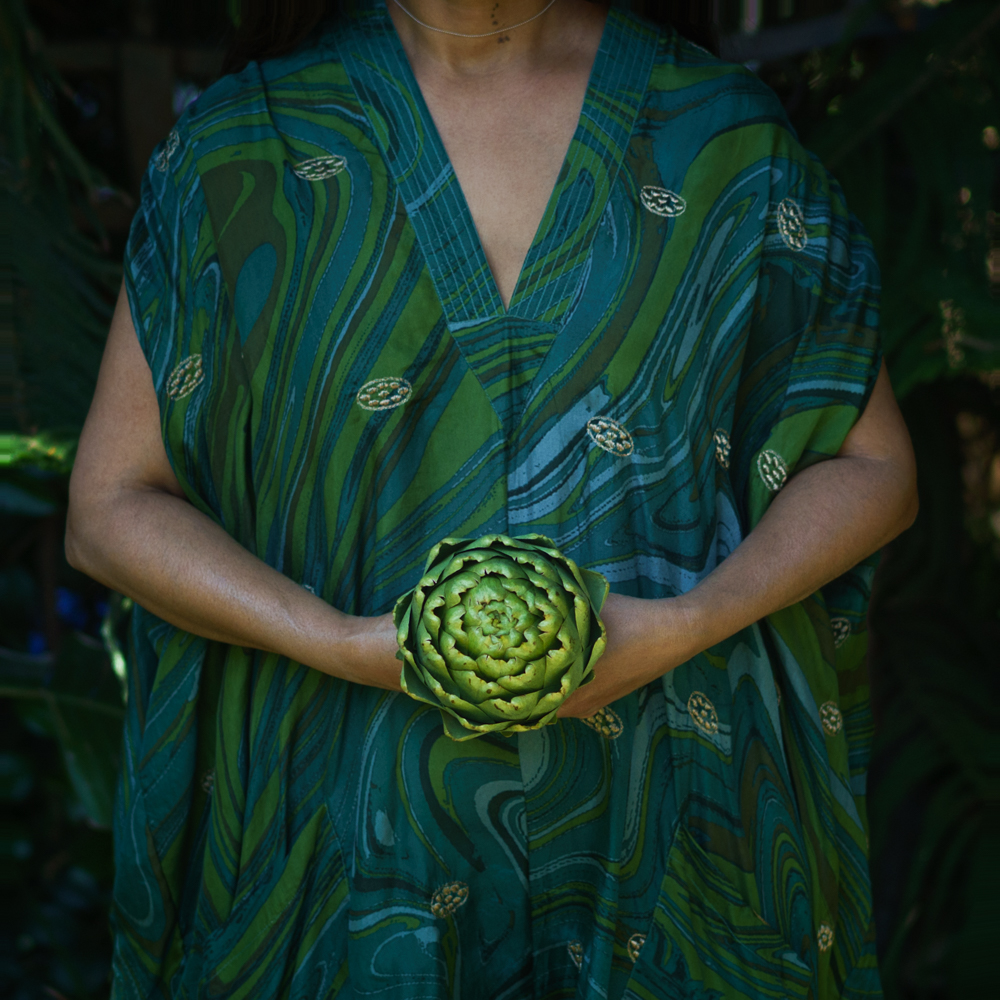 ©Rohina Hoffman, Artichoke for steaming with aromatics, from In Gratitude 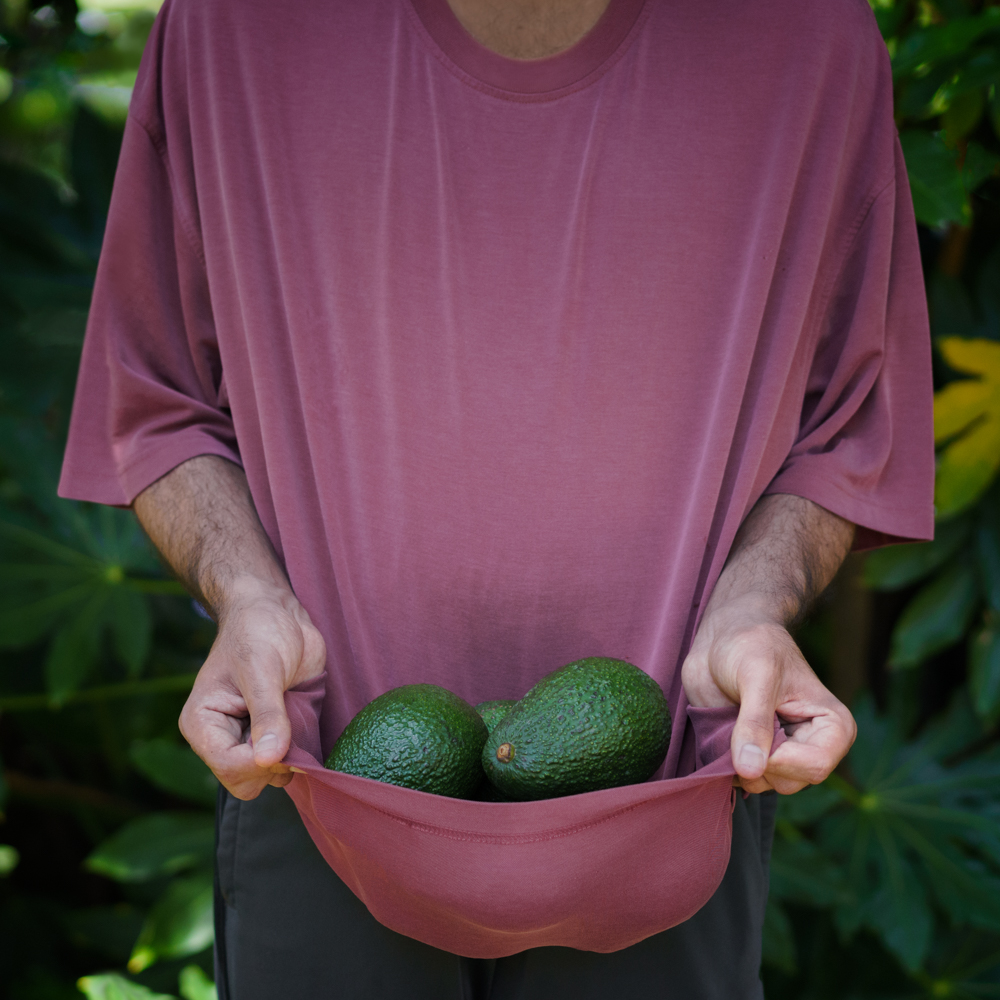 ©Rohina Hoffman, Avocados for avocado toast, from In Gratitude

crisp the whole grain bread
crush avocado, refresh
with a squeeze of lime

paint onto base
eclipse with sliced radishes
a fried egg sunrise 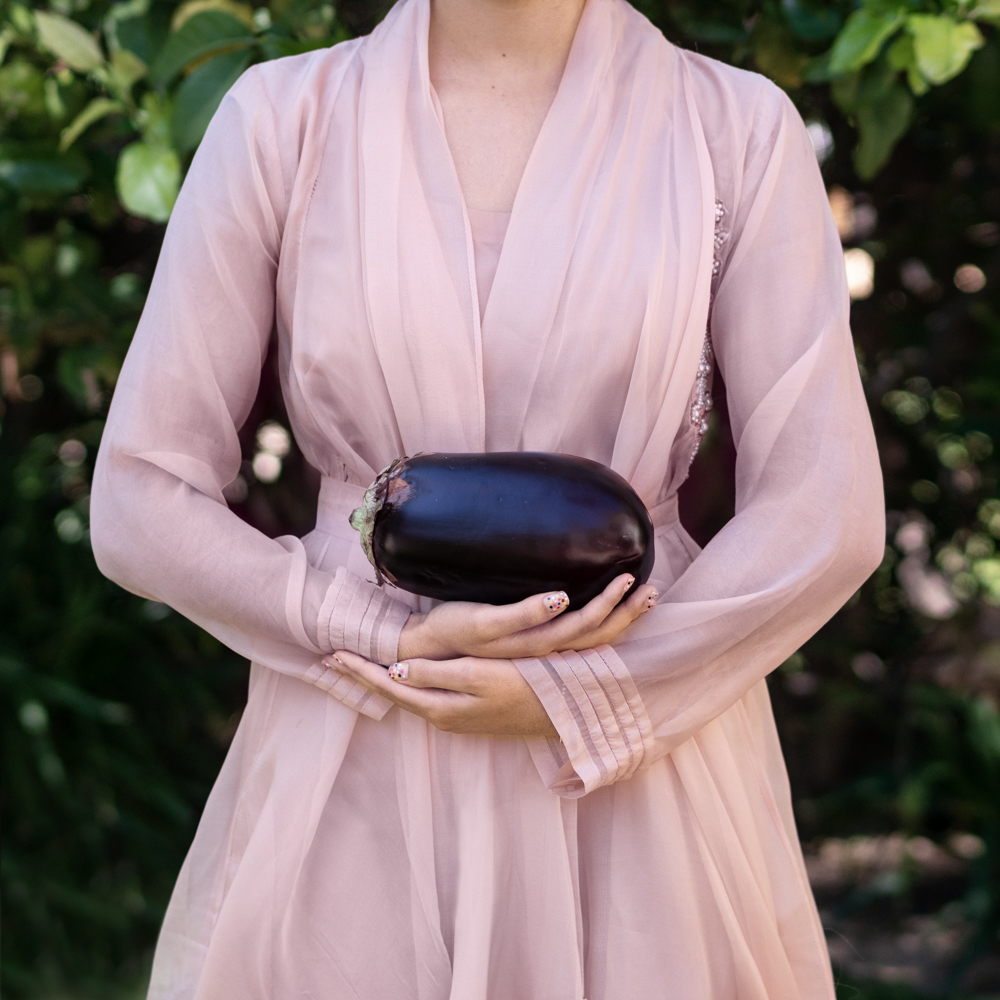 ©Rohina Hoffman, Eggplant for Baingan Bharta, from In Gratitude 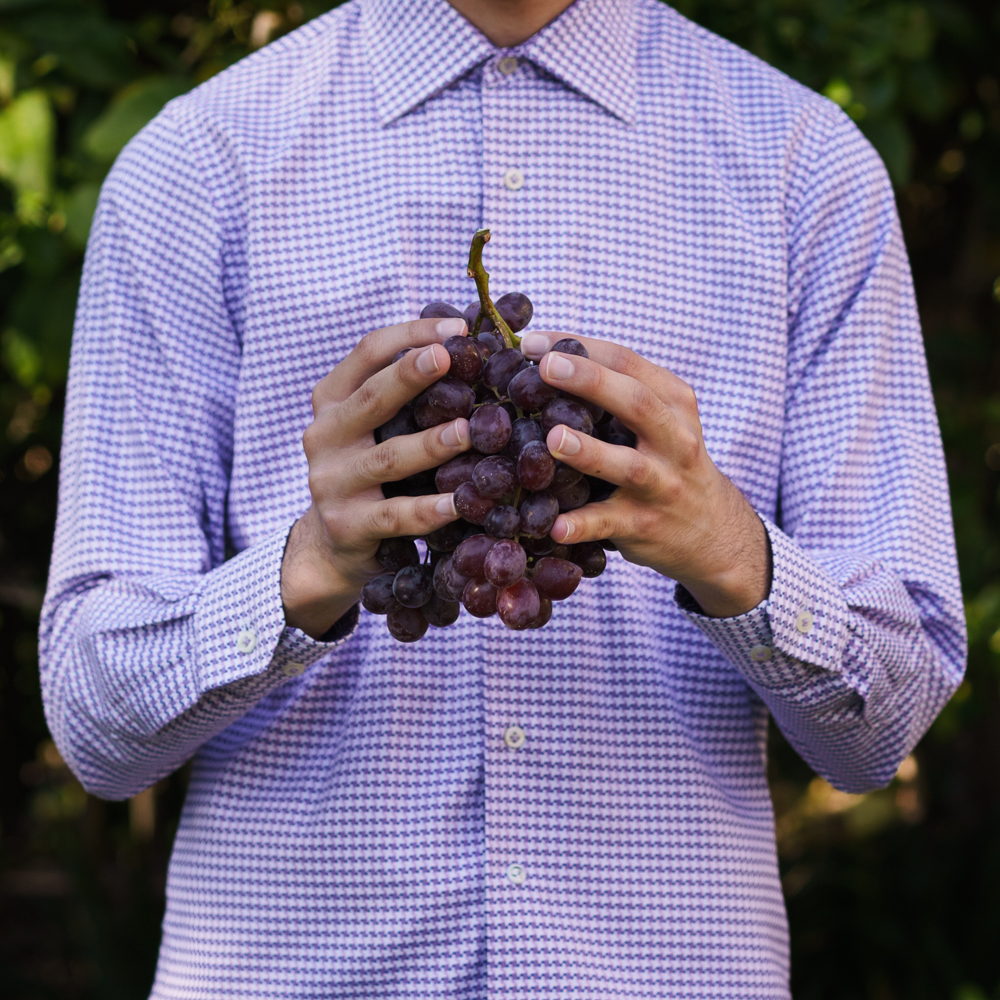 ©Rohina Hoffman, Grapes for roasting with cheese, from In Gratitude

Crushed garlic vacuoles empty out their
sulfur,
alarm for what lies
ahead.
A rising heat, a coated
calculus rests.
A warm blanket
of butter
buffering,
if only for a brief exhale.
Cilia
wave,
fanning
coals glazed with
fear.
Fridge emptied of ideas,
Scrutinizing.
The percussion of the utility
knife
unleashing
its cadence to mask
the vitriol.
Neutralizing corrosion
with a juiced
lemon. 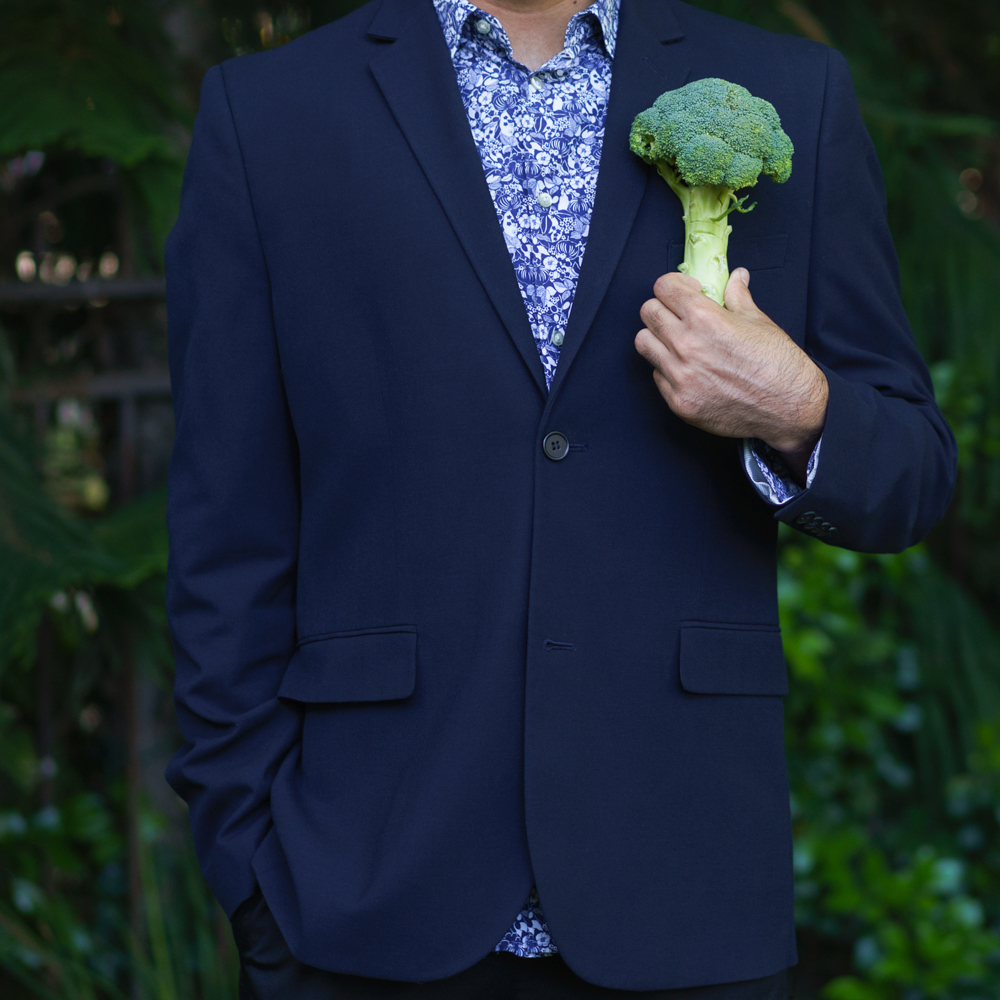 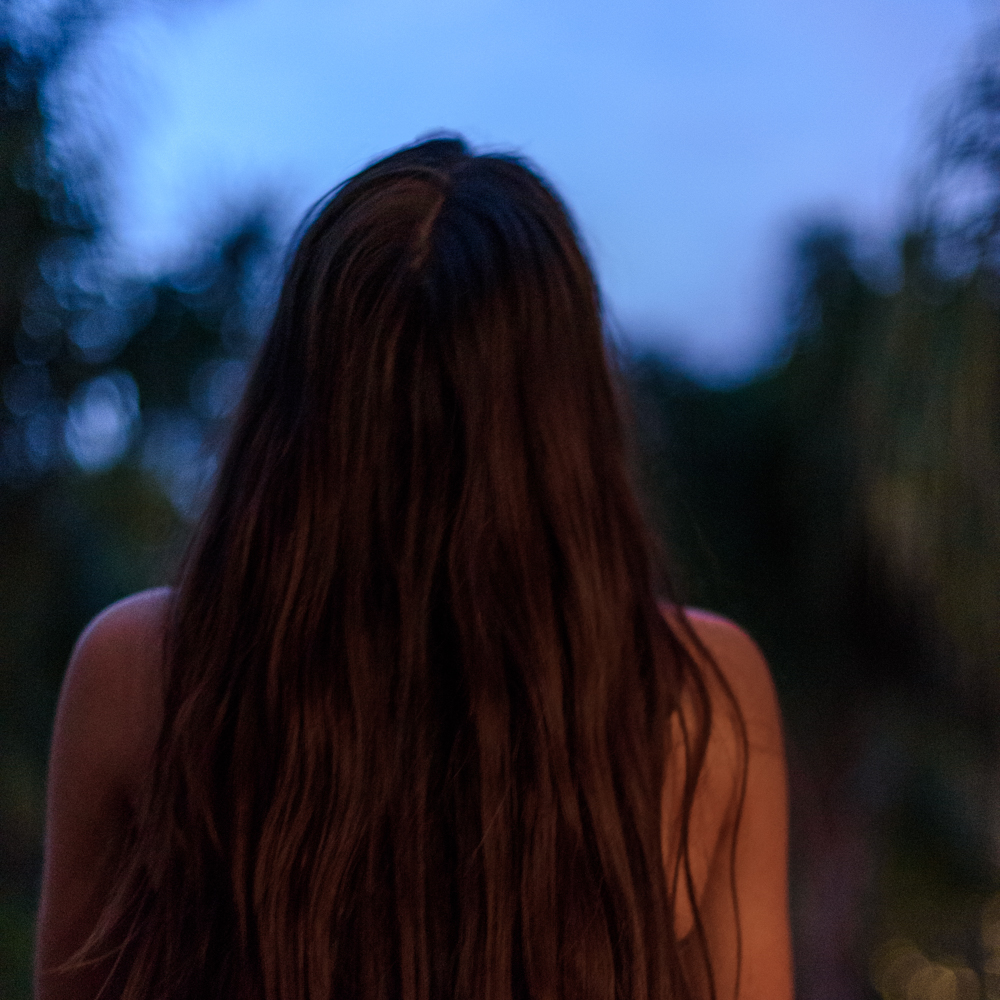 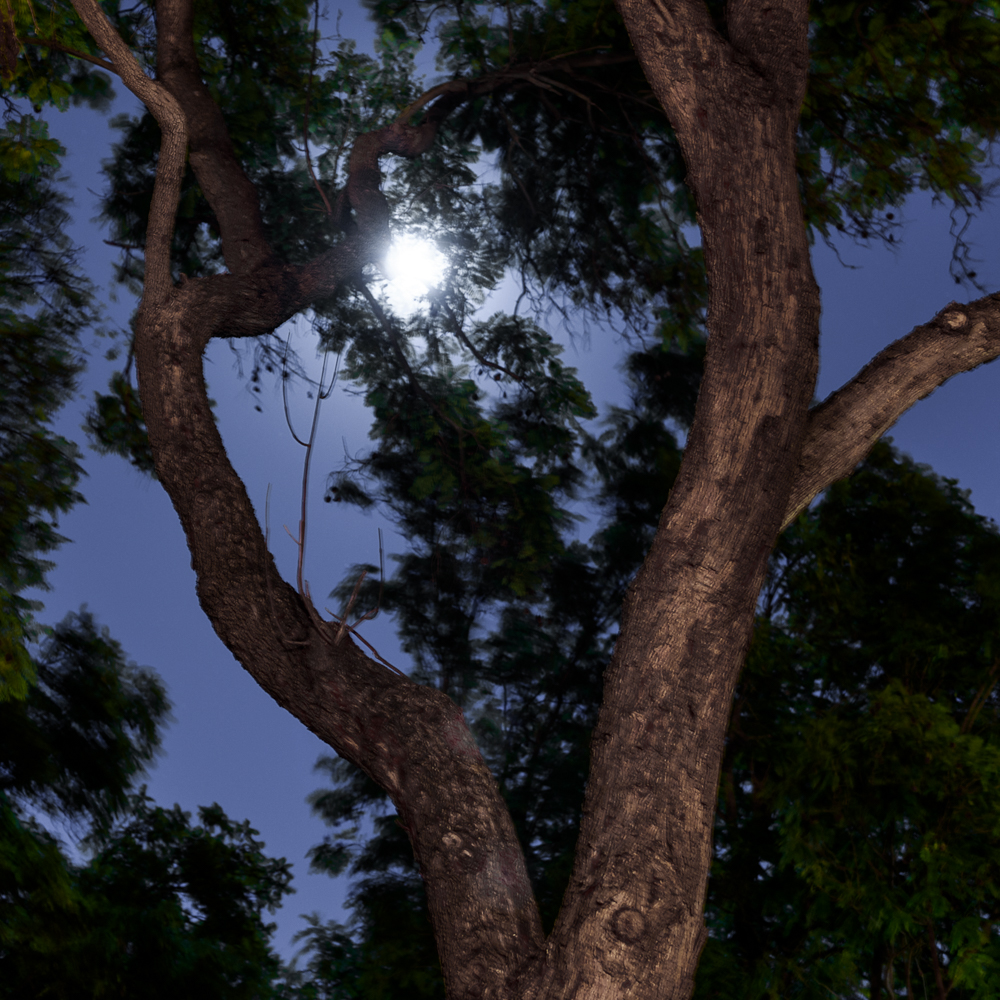 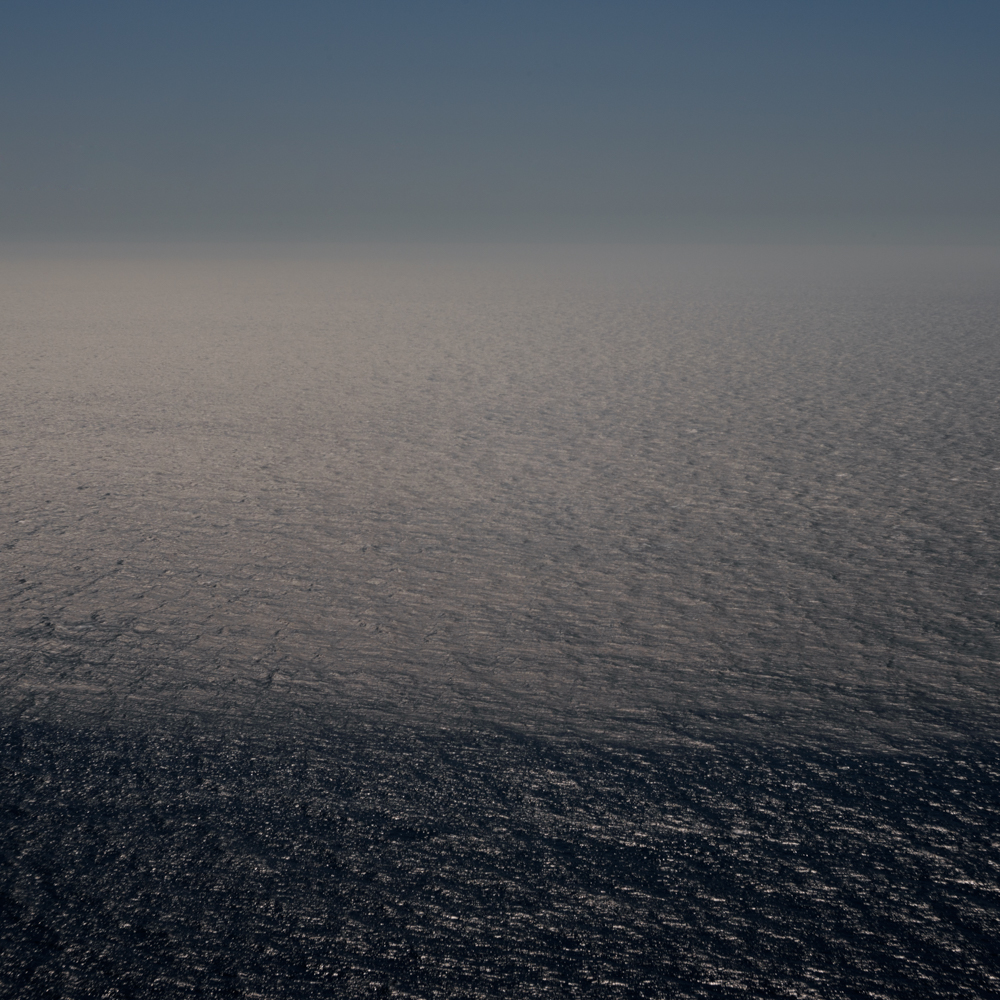 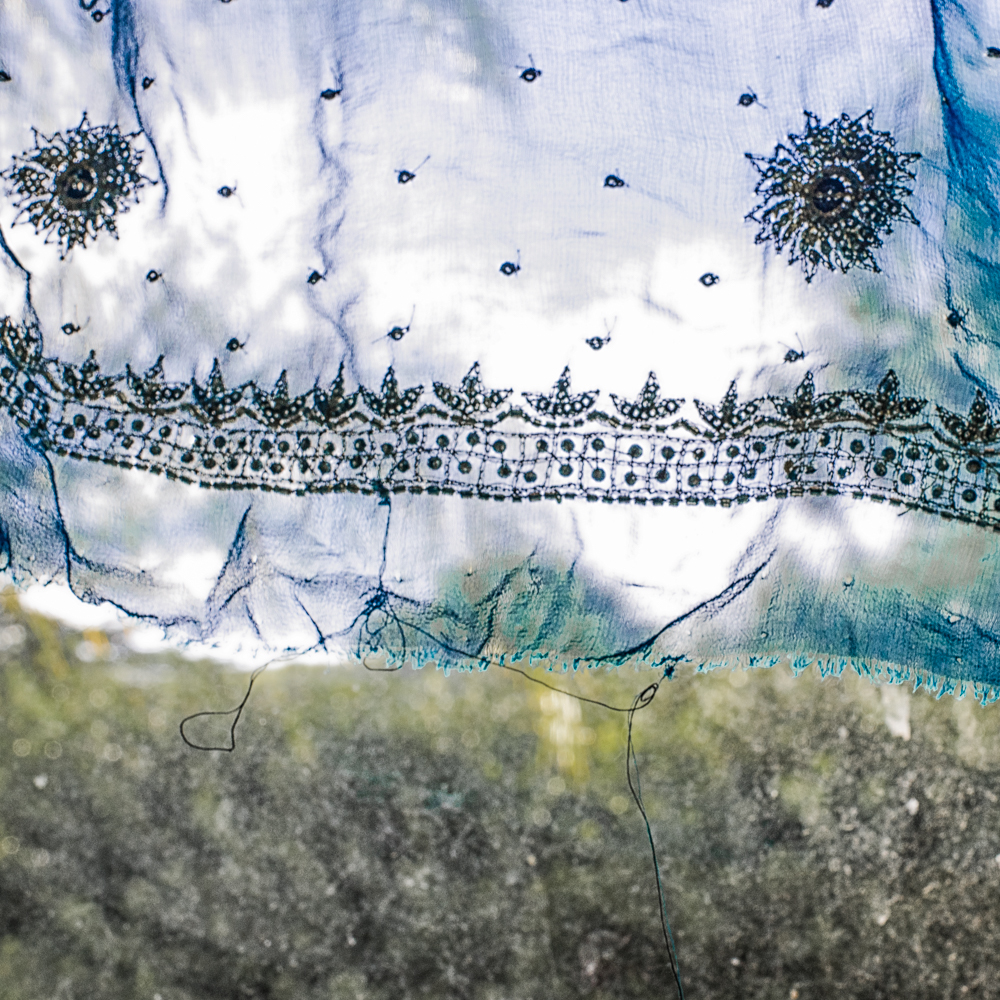 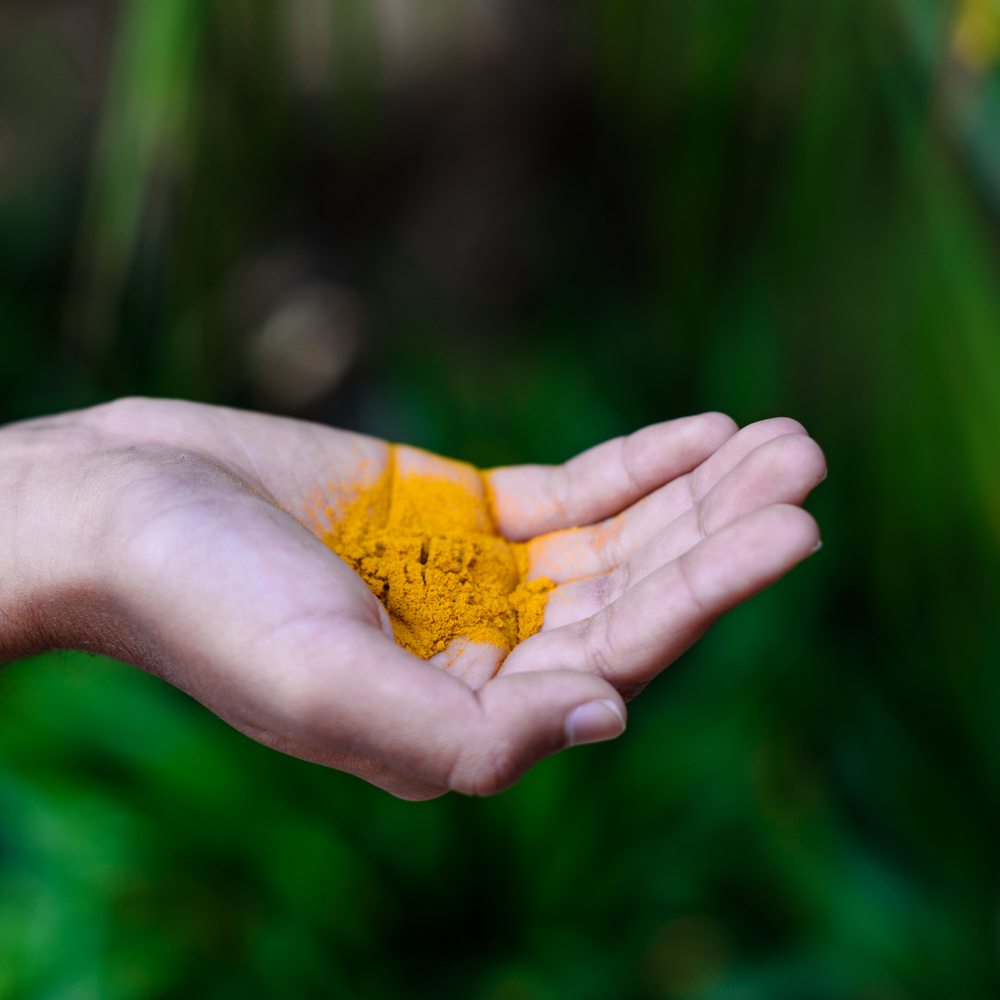 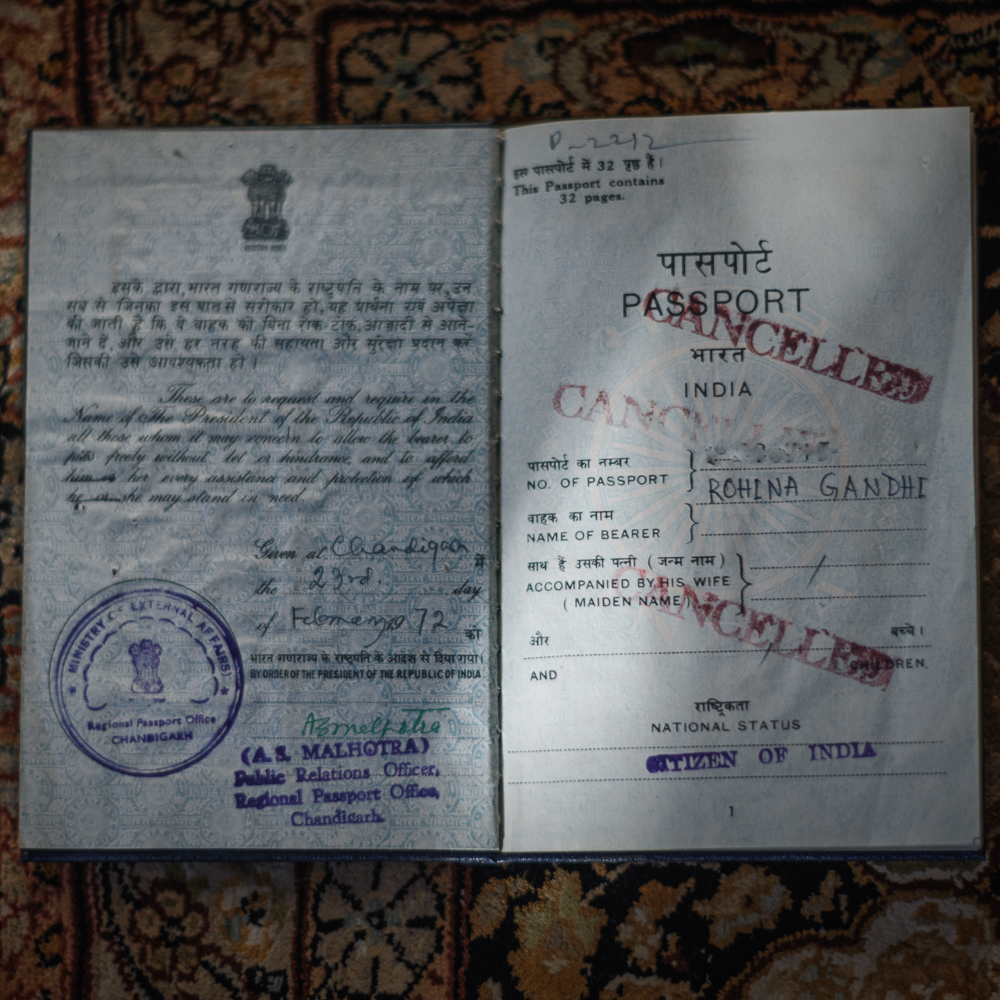 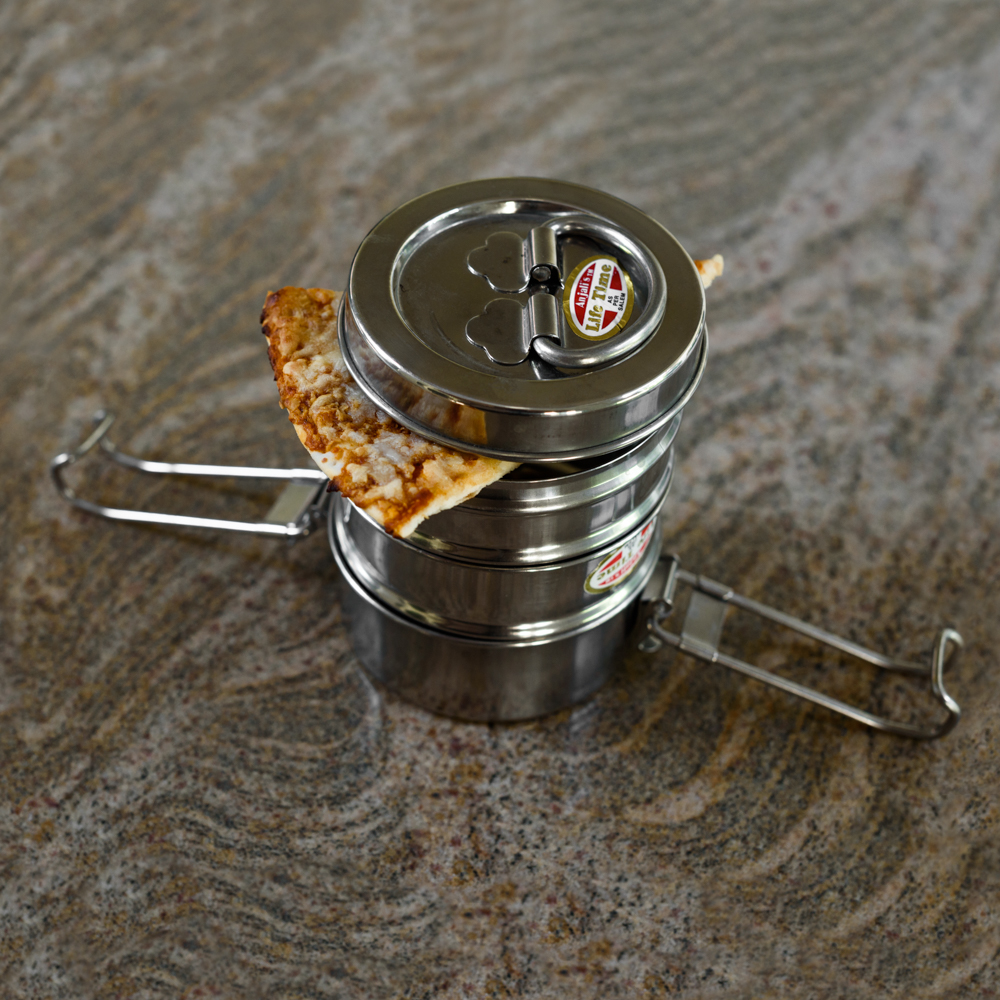 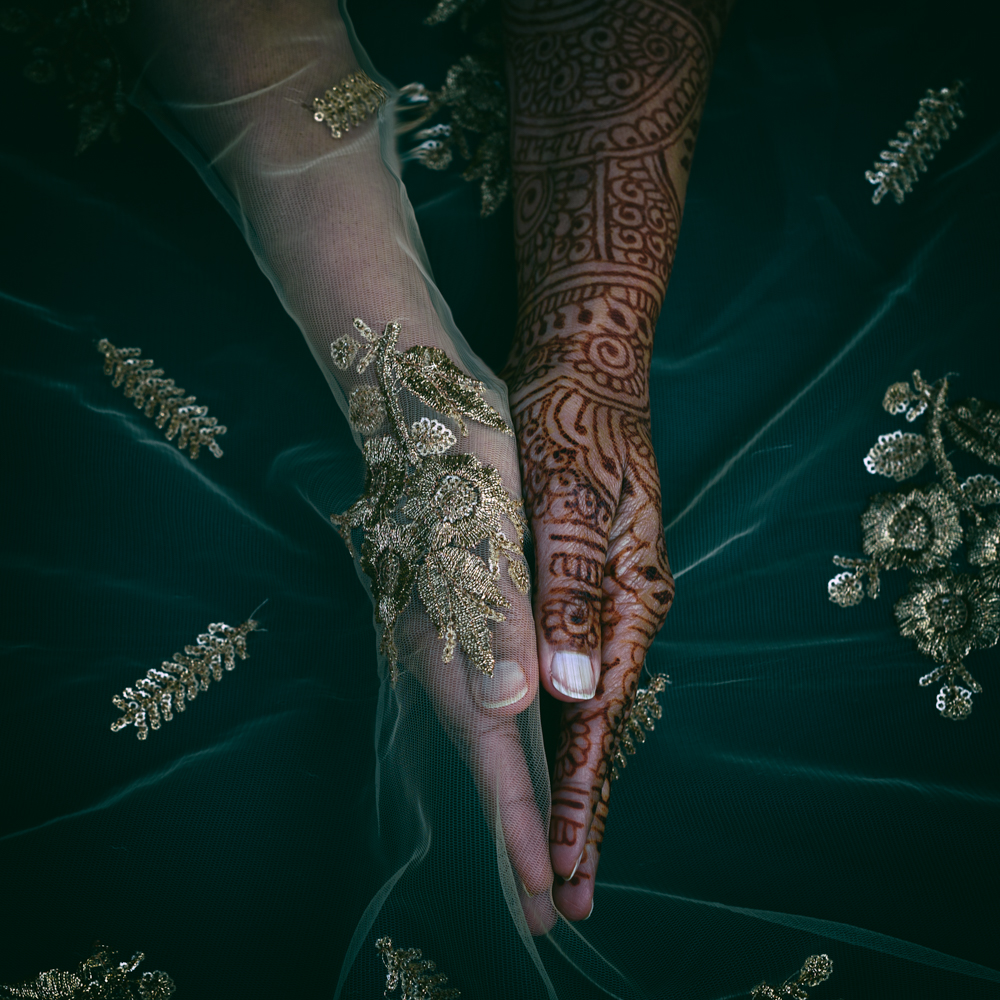 ©Rohina Hoffman, Dressing Up, Dressing Down, from Generation 1.75