New York photographer, Ben Lowy, has been focusing his camera on Iraq for a long time. After receiving his BA from Washington University in St. Louis, Ben has covered the war since 2003. He has also produced stories in Afganistan, Darfur, Haiti, Indonesia, and Libya and his work has been widely published, including being featured as one of the Photo District News 30. The project featured below, Iraq/Perspectives, started in 2005 and is a continuing body of work examining life in Iraq from the perspective of the US soldier, using the frame of a Humvee window to focus our attention on what we rarely see.

“I began this project as a response to what I felt was the general inability of people back home to comprehend what Iraq is like. Most people have never really seen or felt the effects of war. Confronted by a level of violence so high that walking on the streets to photograph is tantamount to suicidal behavior, I found myself confined to working with American soldiers, spending most of my time going on various missions while looking at the landscape of this broken country. My only view was through the inches-thick bulletproof window of an Army Humvee. 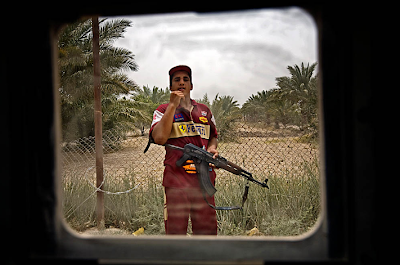 Metaphorically speaking, these windows represent a barrier that impedes dialogue. These pictures show a fragment of Iraqi life taken by a transient passenger in a Humvee. The images are not intimate – they often show a distant and detached perspective of a country so empty, so desolate and of a situation so dire.” 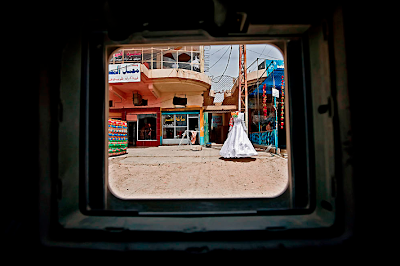 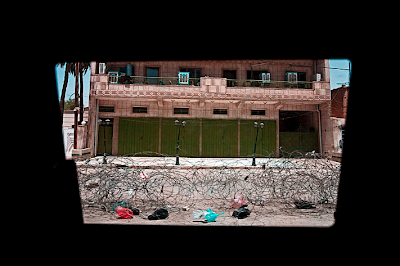 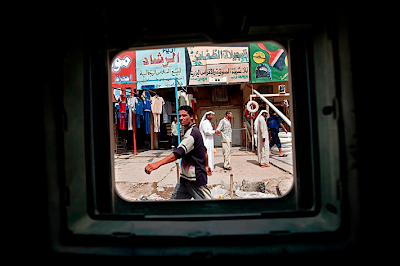 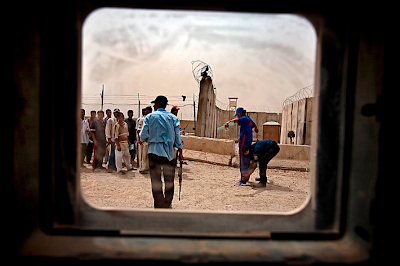 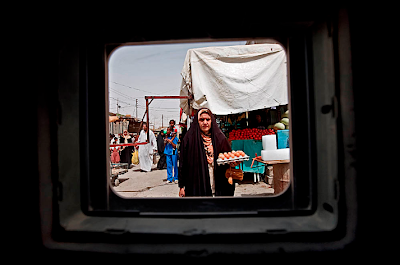 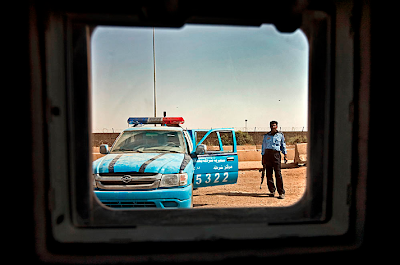 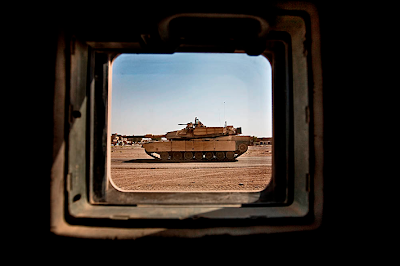 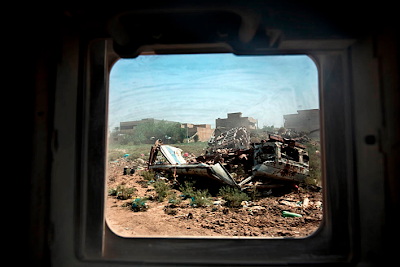 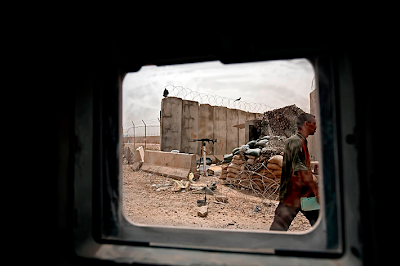 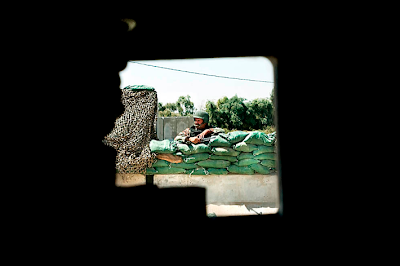