After writing this post on Mr. Martins, I discovered many blog conversations about work that he had done for the NY Times. The work was called into question, as he claimed their was no post Photoshop manipulation, and the Times determined otherwise. Mr. Martin has not commented on the situation. Photographer David Maisel commented, “There is no such thing as photographic truth, in architectural photography or any other kind of photography for that matter.” Hmmmm….not so sure about that.

Since this is a fine art exhibition, I have decided to still feature this post.

Portugeuse born photographer, Edgar Martins, grew up in China where he received a degree in Philosophy, then later moved to the UK to complete an MA in photography at the Royal College of Art. He currently lives and works in the UK. Mr. Martins has an extensive and varied list of projects, all smart and many dealing with space. One project, The Accidental Theorist, is on exhibtion at the Paul Kopekin Gallery in Los Angeles, through August 22nd.

“Martins photographs the beaches bordering cities in Portugal and Iceland creating flattened and timeless images. As he explains: “These nighttime beach images are all about temporal experience – there is a kind of theatricality to them, a sense of observing an abandoned stage, or a stage awaiting some event.” These moments bring the viewer to another world, yet he does not manipulate or stage any of his photographs. While these images convey a sense of solitude and emptiness, the manner in which they are composed fills the viewer with a sense of calm rather than abandonment. Nostalgic props of an imminent event or one in the recent past are also an important aspect of the work in this series. As a result of his positioning of the camera and use of natural ambient light, life size objects can seem minuscule. He plays with the notion of scale and composition to confuse the viewer, not knowing whether we are viewing an inhabitable space or simply model created in its form. Even though the figures and subjects of these images appear to be contrived and manipulated for the scene, they are almost all found by the artist.” 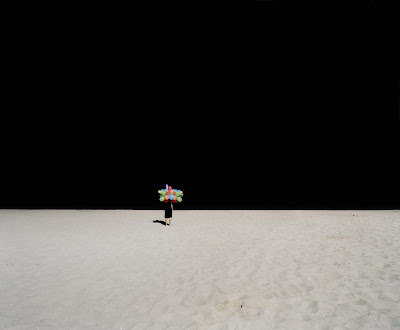 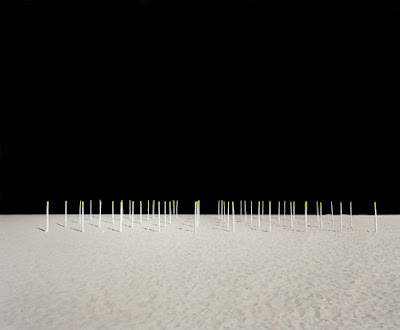 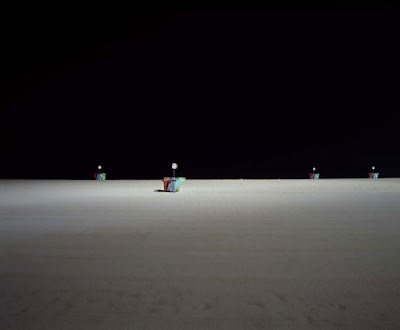 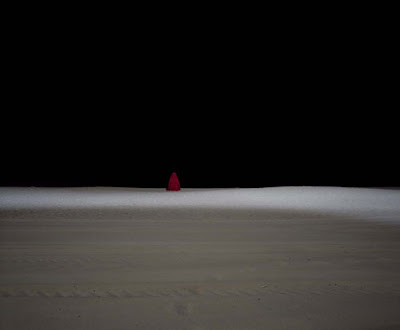 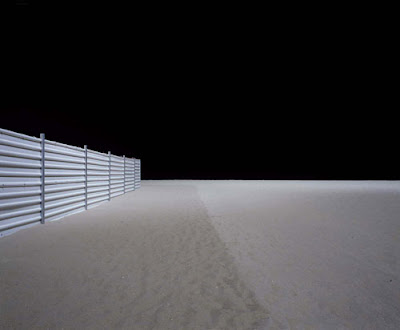 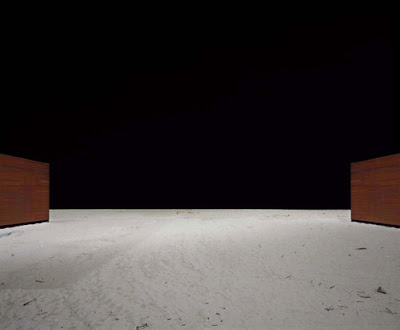 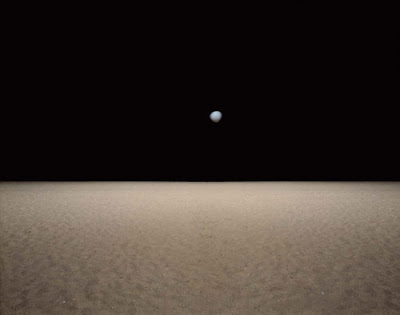 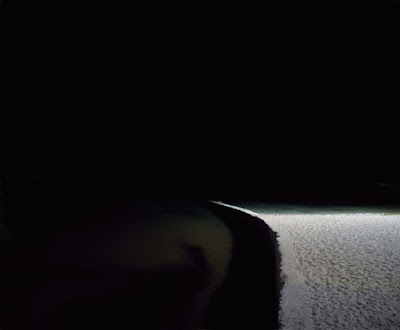 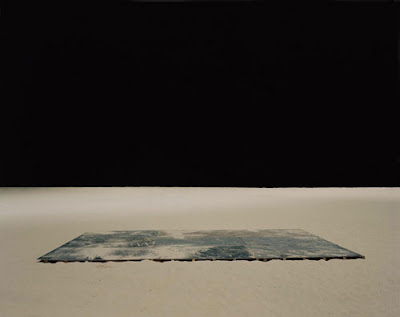 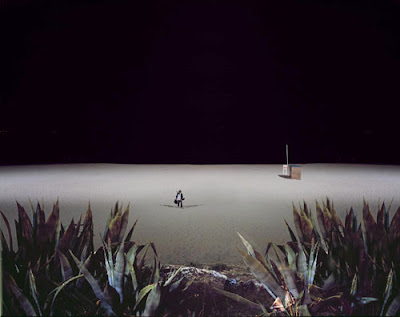