It’s been really hot on the West Coast, and discovering Tim Simmons images of snow (thanks to J. Wesley Brown of We Can Shoot Too), was the perfect visual relief to the heat.

A British photographer, Simmons has an array of night photography images from many areas of the globe, including California, Scotland, and Hawaii. He manages to make the ordinary, magical, as if his photographs are out of a fairy tale, with something ominous right off camera.

“Shooting at night or in twilight, he manipulates his subject into something beyond mere landscape, achieving a pictorial language that alludes to fairytale worlds or stories of alien visitation.
Through subtle changes to familiar territory, Simmons creates sublime vignettes which resonate feelings of the spirit of a place. Cleansed of imperfection, and seemingly abandoned, familiar scenarios become strange and dreamlike; more like the memory of a place than the reality. Like mementos to instants of heightened awareness, these images provide spaces for reflection on our existence in this world.” 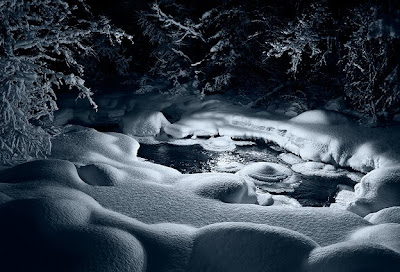 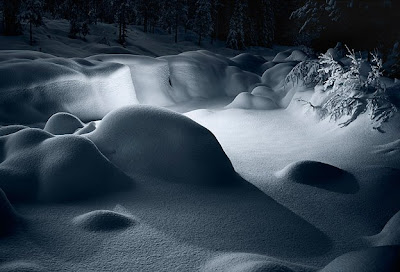 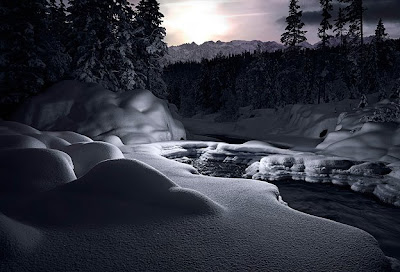 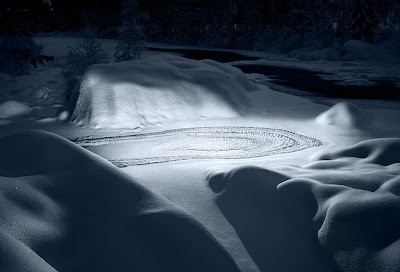 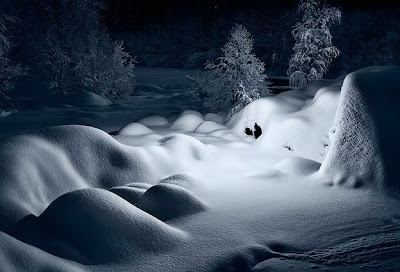 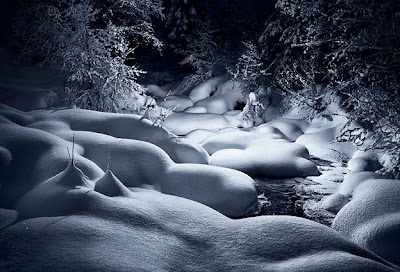 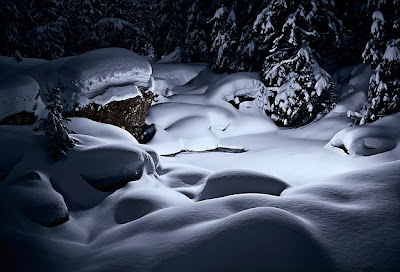 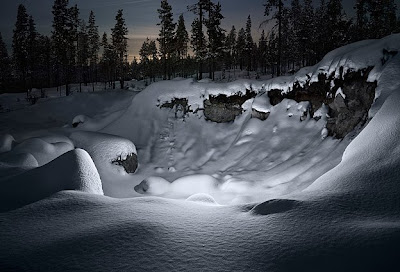 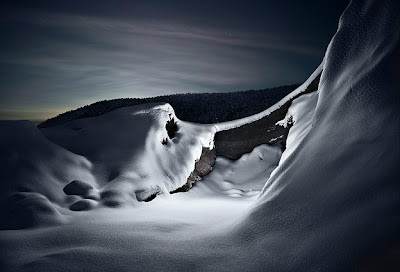 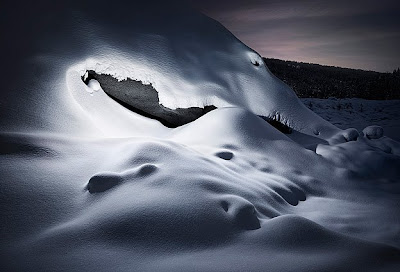 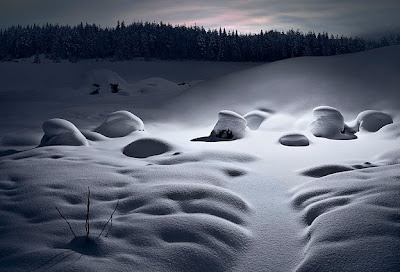 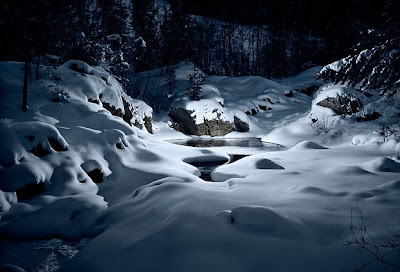