It’s always a pleasure to see Mark Pinsukanjana and Bryan Yedinak, the owners and directors of Modernbook Gallery. They are enthusiastic and hands-on gallerists who have a passion for their work and their artists. Many of the photographers they support are photographic artists, creating imagery that is enhanced by vintage techniques or alternative processes. A profile on Mark and Brian appeared in Photograph Magazine last year. Three of their artist’s are featured below–and all approach their work in artistic and unique ways.

Brian Taylor creates photographically illustrated books springing from his fascination with the book format and a love of texture in art. Taylor’s imagery is inspired by the surreal and poetic moments of living in our fast-paced, modern world. Taylor is interested in how daily life presents us with incredible experiences in such regularity that we no longer differentiate what is natural and what is colored with magic, implausibility,humor, and irony.

In this digital age of electronic prints and service bureaus, Taylor savors the tactile pleasures of making art by hand; he believes that certain works of art created by a human touch can contain a resonance of that touch: a discernable aura. 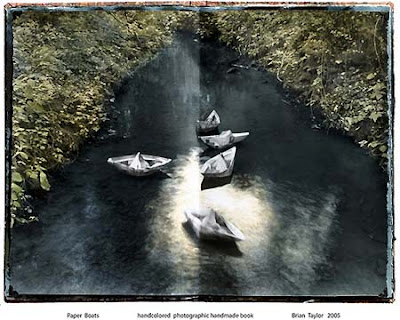 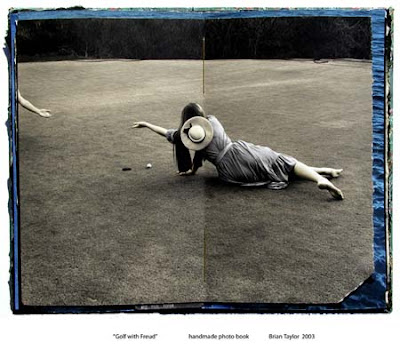 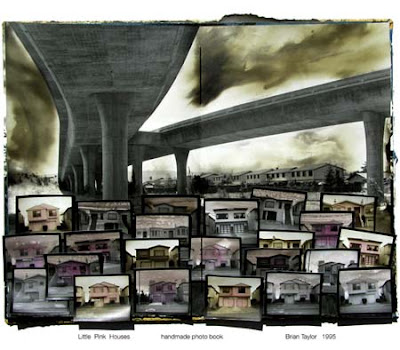 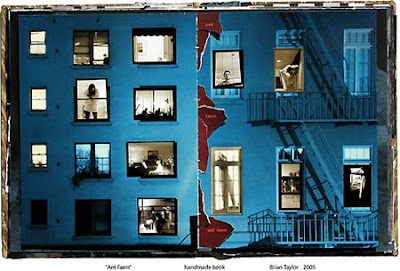 Holly Roberts has been best know for combining painting on top of photography: her new work reverses the technique and places cut-out photography on top of paintings. Holly Roberts combines her passion for painting and photography to create her amusing and sometimes dark imagery. Roberts grew up and still resides in New Mexico, a region surrounded by desert. Known for its Native American heritage, New Mexico is a place where indigenous ideology and Western beliefs merge, creating a magical area filled with a sense of history and spirituality — elements essential to Roberts and her work. 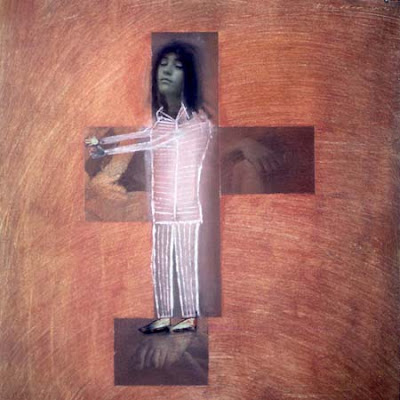 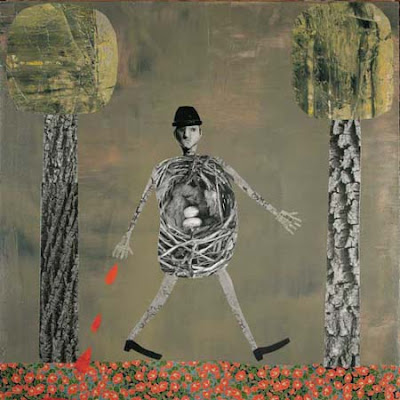 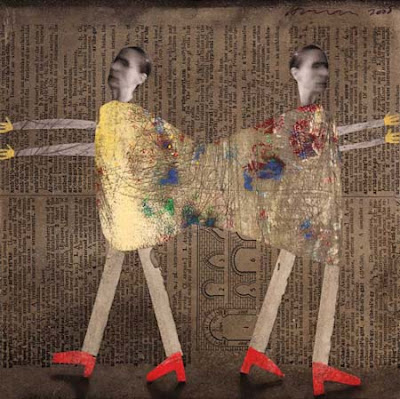 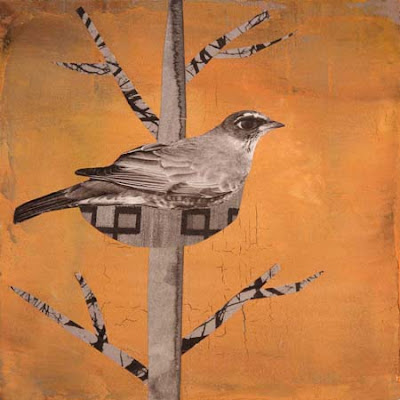 In 1999, the Chinese women that I’d photographed in 1983, many of whom had bound feet, inspired my first mixed media series – Chinese Women: Bound and Determined. The secret nature and pathos of their unique suffering, and the dignity with which these women carried their plight, moved me deeply. I wanted others to see them as I had. In order to highlight their humanity, I painted with oils into and around the photographs, enhancing the atmosphere surrounding and supporting each woman.

Foot binding began in China during the Tang Dynasty in the tenth century. Tang dancers would bind their feet to keep them small, like lotus blossoms. What began as a fetish and a way for these women to impress a barbarous emperor, quickly spread among the upper class. Eventually, foot binding extended throughout the entire feudal system. Some estimate that as many as 2 billion Chinese women were subjected to this torturous practice, until in 1911, it was outlawed by the Nationalists and then again in 1949 by the Communists. 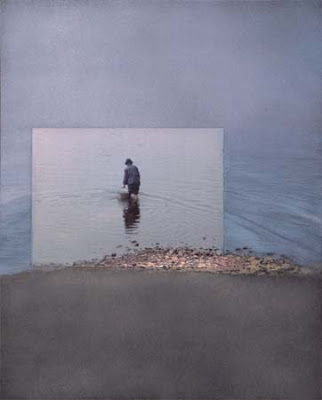 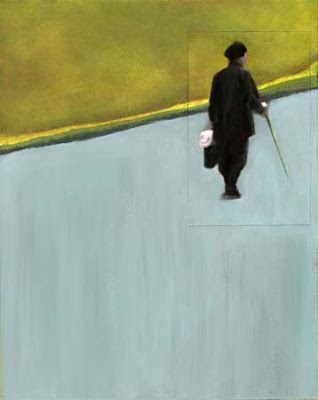 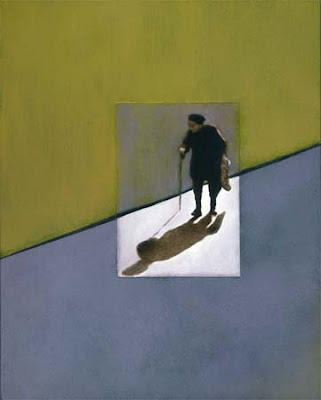 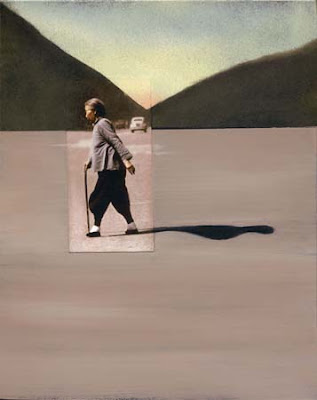 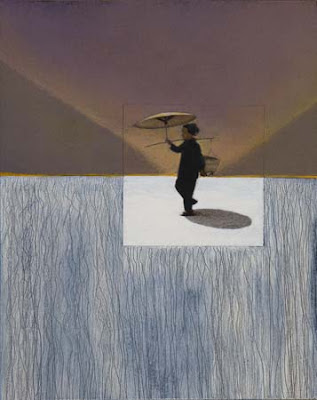