I was recently asked to participate in an interesting project, ToBernd /YourHilla, along with 8 other photography blogs around the globe.

“The German artists Bernd and Hilla Becher, who began working together in 1959 and married in 1961, are best known for their “typologies”: grids of b/w photographs of variant examples of a single type of industrial structure. The rigorous frontality of the individual images gives them the simplicity of diagrams, while their density of detail offers encyclopedic richness. At each site the Bechers also created overall landscape views of the entire plant, which set the structures in their context and show how they relate to each other. The typologies emulate the clarity of an engineer’s drawing, while the landscapes evoke the experience of a particular place”.
From the introduction to the exhibition “Bernd and Hilla Becher: Landscape/Typology” at The Edward Steichen Photography Galleries, 2008. 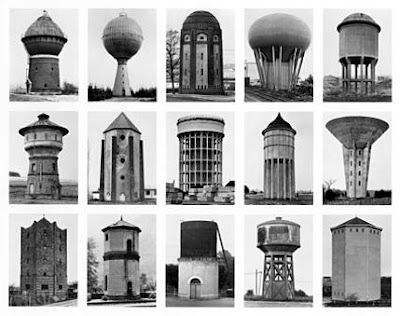 THE PROJECT:
In the TOBERND,YOURHILLA project, each slot of a 3×3 logo grid evoke one of the storage silos documented by the couple and arranged into grid for comparation of form and design. If the typologies documented by Bernd and Hilla emulate “the clarity of an engineer’s drawing”, these logos allude to the forces of the composition to get a visual representation to be used as one-way identity. Once the nine signs will be assigned, the digital manipulation will mirrors itself in a systematic community auto-generated. 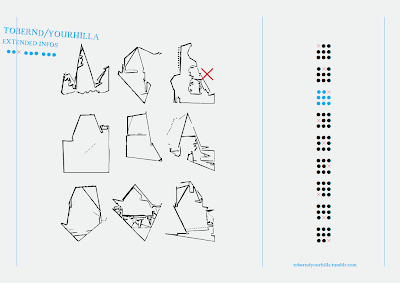 THE GENERATIVE LOGO.
In the art world, the term “generative” refers to a system of creation defined by computer software algorithms in order to get autonomous processes. Taking the cue from this idea, this series of generative logos was born performing a series of common software’s batch actions on a series of photographs by the Becher’s couple. The strict research for hidden visual forces into the photographic work, find a similar visual parallelism into the logos, turning an outwardly random but mathematical process into a series of consistent visual forms to be vectorialized in logotypes.

The logo featured by Lenscratch