Yaakov Israel lives in Jerusalem, Israel and that fact informs much of the work he creates. Yaakov received a B.F.A in photography, from the Bezalel Academy of Art and Design and his work has been shown in solo exhibitions in Israel at the Tel-Hai Museum of Photography and the Haifa Museum of Art. He has participated in a variety of group show and is currently a teacher of photography at leading photography collages and institutions in Israel.

I am showcasing work from two series, The Quest for the Man on The White Donkey, and The Legitimacy of Landscape. Both series give the viewer a sense of place, and a window into unfamiliar terrains.

The “Quest” is an attempt to relay a personal take to the Israeli reality with a broader sense of belonging to the global human collectivity. 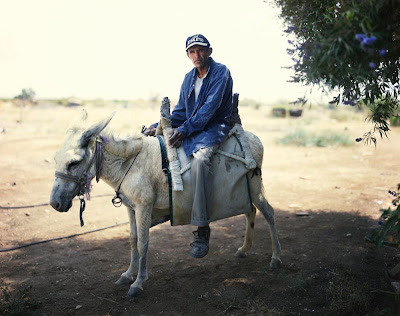 As per the Orthodox Jewish tradition the Messiah (the Prophet) will arrive riding on a white donkey. A few years ago, as I was photographing near the Dead Sea a Palestinian man rode past me on his white donkey and I took a picture of him. It was after having developed this plate that I’ve realized that I had encountered my “Messiah”; it was this chance encounter which brought me to initiate the body of work that carries the name: “The quest for the man on the white donkey”. 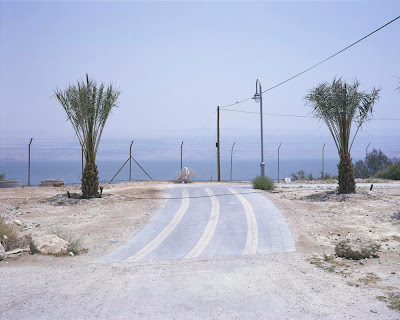 As my messenger started to reveal the “message”, the search for a deeper understanding of my Country and what defines me as an Israeli became an urge to look for the in-between places, the unexpected situations; suddenly a detail requested my attention as I stood for hours waiting for a meaning to reveal itself: or pushed me away, puzzled. But in the end I had to hold on to it. I could not let go until that detail was made mine, until the elusive and enigmatic found their place in my understanding of what I deemed as authentic, real encounter. 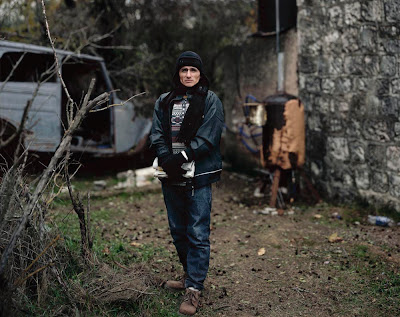 In Israel I feel that the evidence of the past are strongly intertwined with the marks of the present and the questions about our future, this is why sometimes it is possible to see all past, present and future revealed in front of one’s eyes at the same time. Part of my identity as Israeli is to question everything, not to leave anything for granted: to show the tensions that constantly exist, to convey the truth behind the construction of the reality here and now. 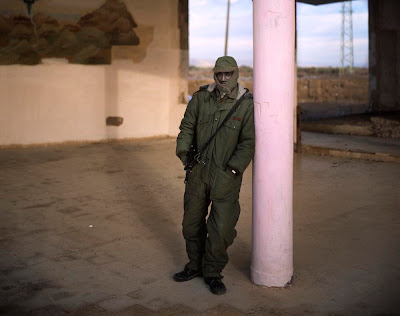 Religious, social aspects filter into everyday life and their meanings are exposed as the journey moves on. Jewish missionaries, lost souls and individuals living on the fringe of society: all blend into this landscape of humanity. 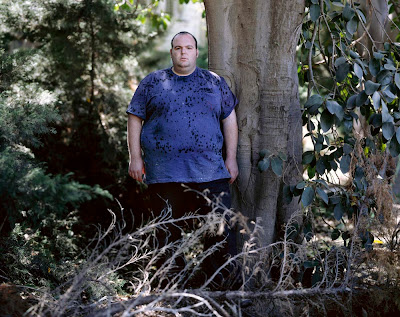 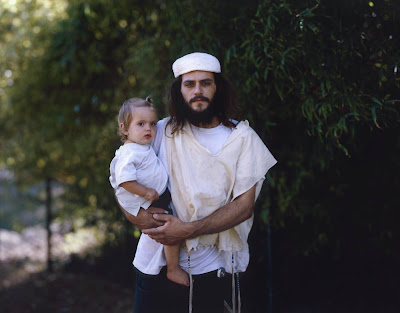 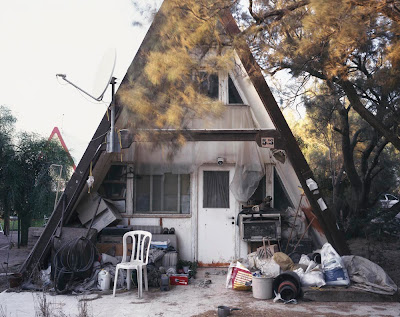 Statement for
The Legitimacy of Landscape:
The Israeli landscape seems to evoke a true sense of security in its residents: this could be the reason why large portions of it go mostly un-noticed. Israeli borders are evanescent, and not always immediately discerned by its residents. While their physical position and existence is known they are rarely emotionally recognized. On the contrary, the boundaries that one cannot cross are those fully acknowledged. Escapism, as I refer to it as an absence of acknowledgment of the landscape of my Country, is a state of mind: the sense of comfort drawn from the lack of attention safely preserves us from the risk of being shaken off from our sense of security. 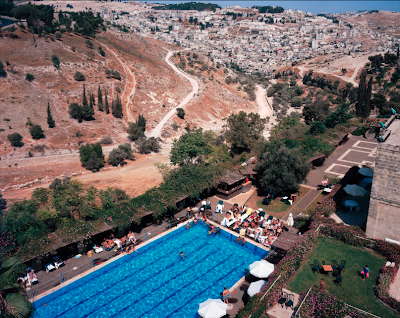 The unconscious refusal to even glance at the landscape as we pass through it drives us quickly to our final destination (our eyes fixed at the road in front of us): communities, landscapes with its burden of existences motion in front of us mostly unnoticed. Is it really possible to deny their mental existence? And ultimately: do these places really exist if they are so often tucked away from people consciousness? I’ve started this photographic project on Arab villages, so deeply rooted in the Israeli landscape, by gathering around these thoughts. I wanted to document, show and expose what goes unseen and mostly unrecognized as part of the Israeli landscape; I want to unveil the mental attitude that make one choose to look at, or to refrain from looking at all, at what exists in front of our very own eyes. 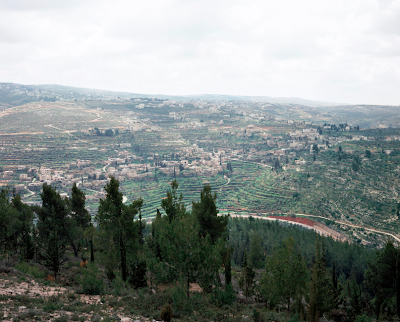 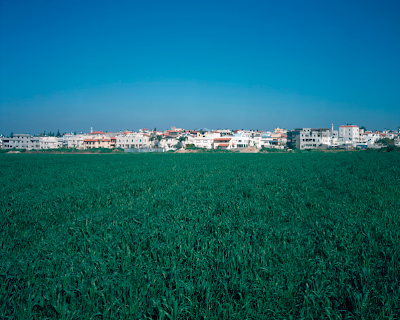 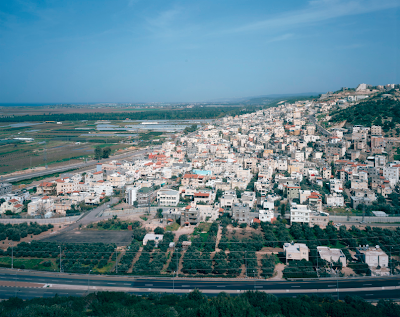 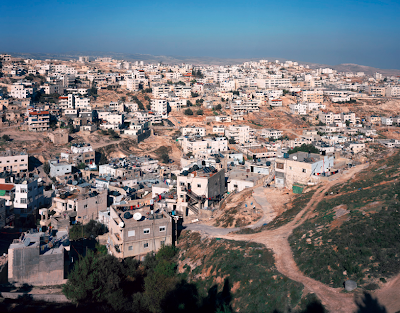 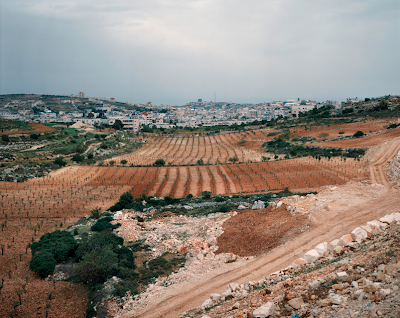