I am a big fan of Erik Boker’s work. It’s smart, focused, funny, and spot on. I’ve shown his dissected tooth paste tubes in my classes to much laughter and fascination and I appreciate that Erik is looking at what we consume and reflecting it back to us in a way that makes us see it. I am featuring work from several series to give you a taste of what Mr. Boker is serving up–the first series, Ascencion of the Brand, is featured in Klompching Gallery’s Fresh exhibition in New York.

Erik was born in New York and raised in Alabama. After receiving a degree in anthropology from Vanderbilt University and in between extensive nomadic ramblings he earned his second degree in fine art and photography at the Art Center College of Design in Los Angeles. And he may be heading off to Holland soon to work on a Masters degree.

ASCENCION OF THE BRAND: T-shirts collected and preserved between the years 2001-2011 in various regions of America showcase a trend that represents the ultimate deification of either a well-known detergent or coffee company, or else hints at how thin the line has become between commodity and religion. 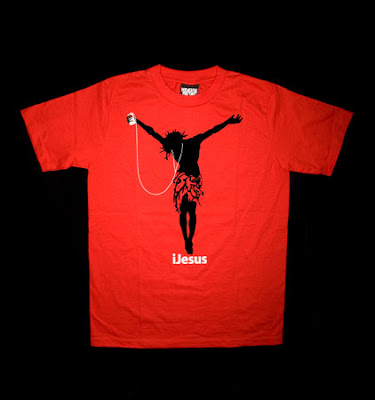 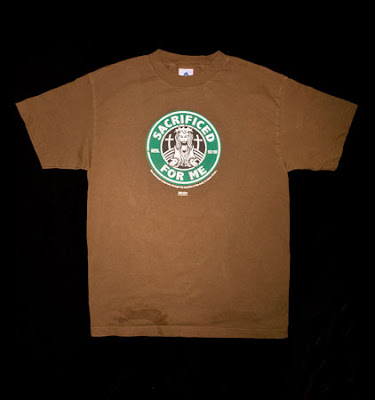 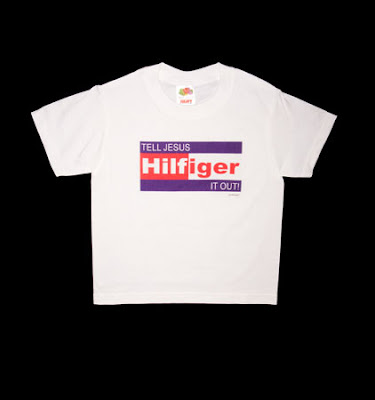 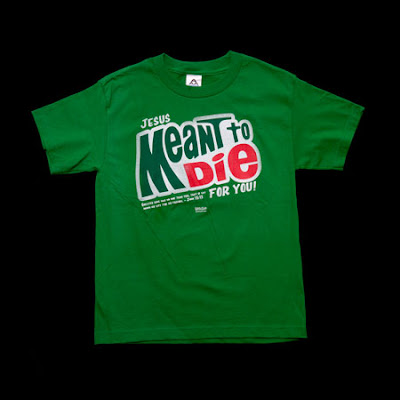 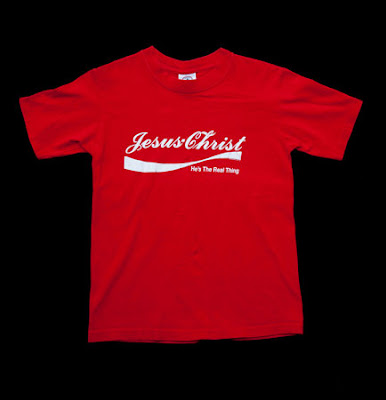 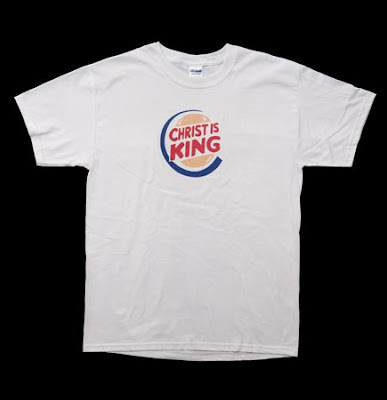 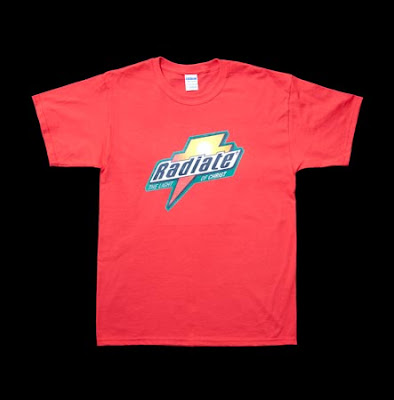 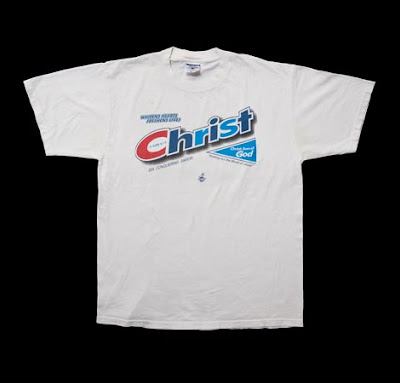 PRODUCT DISSECTIONS, PART I: This project is an ongoing exploration of the roles of art, science, nature, the consumer, the institution, product, fabrication, reality, taxonomy, and our relationships with seemingly insignificant objects and materials that affect us daily. It approaches issues of anatomy and the figure, psychology, the nature of science, and archaeology, while offering a revealed view within the plastic skins of what we consume, as the delicate tension between death, health, and hygiene collide with the extremities of marketing, with bold, impractical, purposeless colors sometimes reminiscent of expressionist painting. I am interested in the notions of foundation, institution, and the nature of art as commercial product. I am continually inspired by the function and treatment of both nature and the unnatural in our environment, and I continue to explore our understanding of their roles, and the inherent beauty, humor, and horror that lies within them. 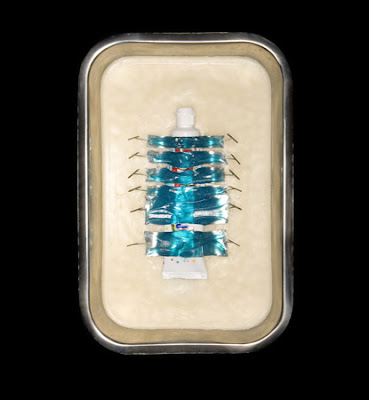 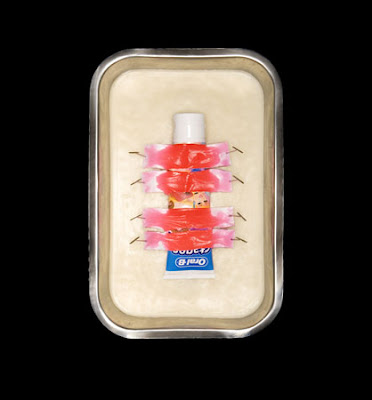 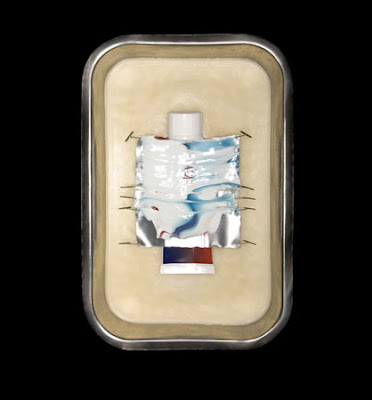 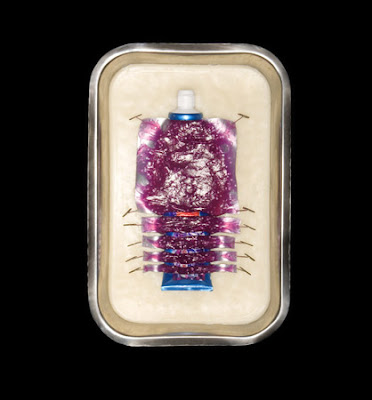 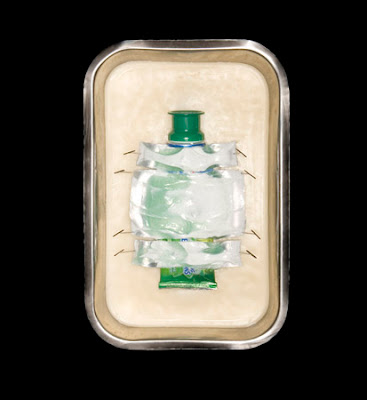 ANIMAL SNACK KINGDOM: By way of taxonomically surveying the existing variation of phyla and species in the animal snack kingdom, this work takes the role of the museum into the realm of chewy nature and its “natural flavors,” “strong, satisfying sours,” and yellow #5, with the idea of pop culture as a catalyst to an evolution of species. This series continues to explore curiosity and a scientific wonder, though devoid of really any nature or natural substance, and with determination of cataloguing new discovery and nomenclature in this unknown world of glucosic, preserved natural forms that have befuddled scientists for generations. 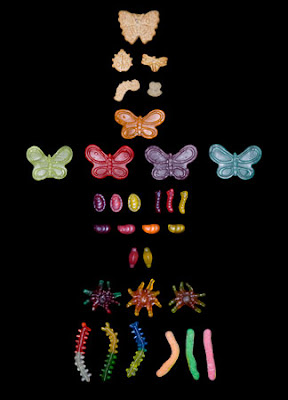 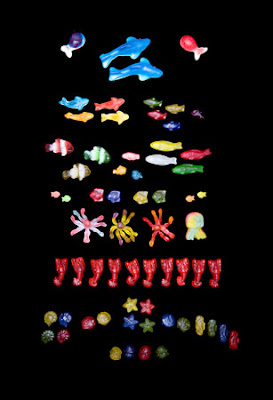 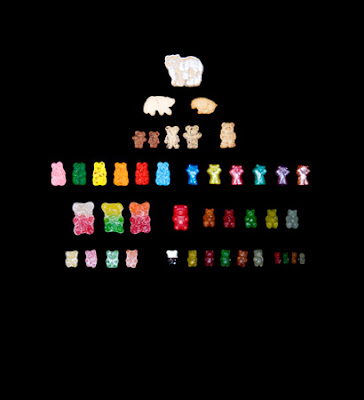 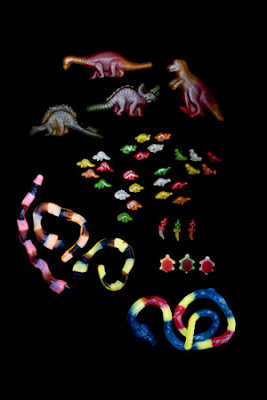 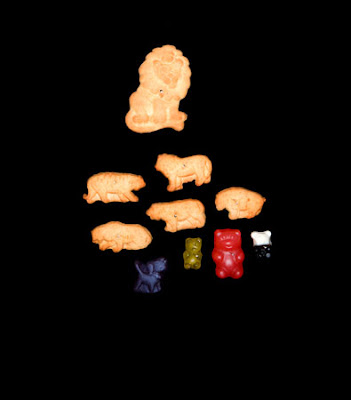