Ten Years On by Aline SmithsonSeptember 4, 2011

Before the tragedy of 9/11, Hiroshi Watanbe captured an iconic and evocative image of the World Trade Center, taken from Ellis Island. It is an amazing image, and became even more so after the events of that day. I am thrilled to see it used for such a meaningful purpose… 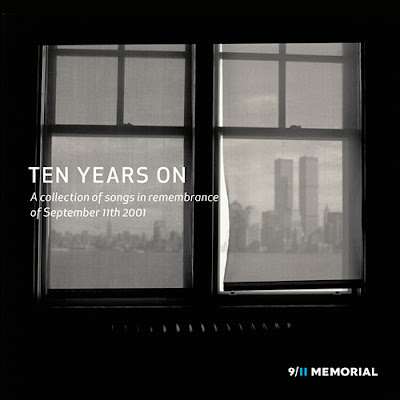 TEN YEARS ON: A Tribute in Music to Commemorate 9/11

As the 10th anniversary of 9/11 approaches, people across the globe are looking for ways to connect and commemorate. Not only will some share in moments of silence, but also in prayer and in remembrance. Others, still, may find solace in music and in song.

For those looking to commemorate 9/11 through music, platinum selling Welsh recording artist Jem has compiled an album in commemoration of the 10th anniversary of 9/11, on behalf of the National September 11 Memorial & Museum. The album entitled ‘Ten Years On – A collection of songs in remembrance of September 11th 2001’ comprises moving reflective songs by an amazing caliber of artists whose heartfelt lyrics and music will bring people together in remembrance on this monumental day.

Jem was inspired to create something special and memorable for the families and to connect all worldwide on this landmark anniversary because of her personal connection to the day. In turn raising awareness and funds for the valuable work fulfilled by the 9/11 Memorial.

The artists have all kindly donated their songs along with acclaimed California based Japanese photographer Hiroshi Watanabe who donated the cover photograph, ‘Ellis Island 2, New York’, a print of which resides in the permanent collection at Houston’s Museum of Modern Art.

The album is released on September 1st 2011, on iTunes, Amazon MP3 and on the website.