This isn’t new work, in fact this installation was created in 2003, but I just discovered it and thought I’d share this remarkable achievement. Artist Anna Schuleit created the project, Bloom, to create a “community remembrance in honor of the former life of the Massachusetts Mental Health Center, a building that has continuously operated for 91 years. It was an installation that would allow former patients, employees, staff, students, and the public to re-visit the building before it’s closing.”

Bloom is a reflection on the healing symbolism of flowers being given to the sick when they are bedridden and confined to hospital settings, with the astounding, persistent exception of long-term psychiatric patients, who receive few, if any flowers during their hospital stays. Walking through the hallways of an institution, still to this day, one cannot find any flowers in the rooms. Bloom is created in the spirit of offering and transition. 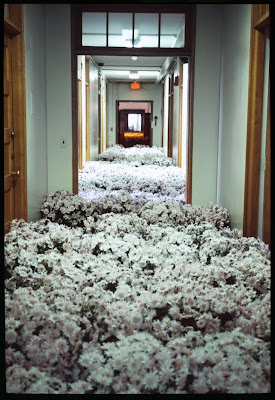 One of the longest axes of the building: white mums and orange tulips on the first floor

Bloom encompassed thousands of square feet of historic indoor space that was being left to abandonment. Bloom existed only for four days. Afterwards all the flowers were donated to surrounding hospitals, state institutions, half-way houses, and shelters.

Anna has been a fellow at the MacDowell Colony, Bogliasco, Blue Mountain Center, The Hermitage, Yaddo, Banff, and the Radcliffe Institute for Advanced Studies, and a visiting artist / guest lecturer at Brown University, MIT, Smith College, Harvard, The New School, Brandeis, University of Michigan, McGill, RISD, Boston University, Pratt, Bowdoin, and Syracuse University. In 2006 she was named a MacArthur Fellow. 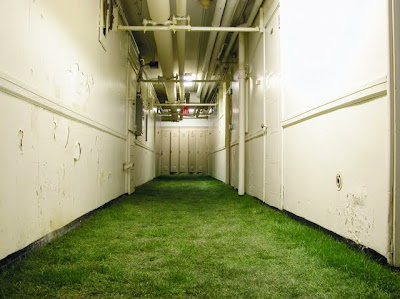 The basement of the building was covered with 5,600square feet of live sod, which was raked and watered throughout the day, and continued to grow. 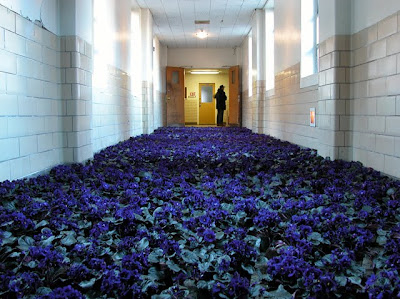 The connecting hallway between the historic part of MMHC and the research annex was covered in blue African Violets. 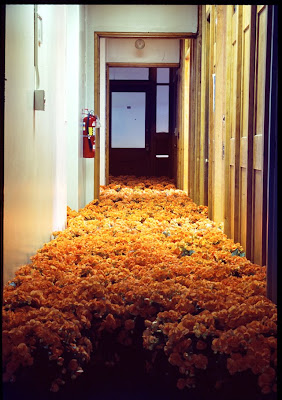 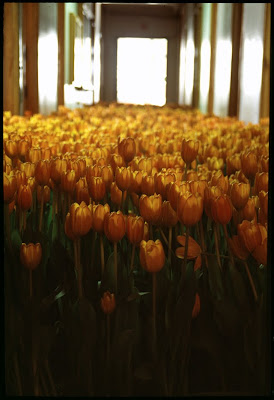 Treatment rooms on the first floor, with orange tulips. 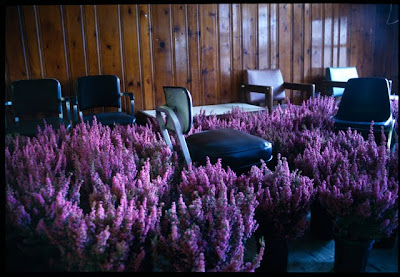 Pink Heather in one of the patients’ waiting rooms. These flowers had traveled the farthest to be part of ‘Bloom’—from California. 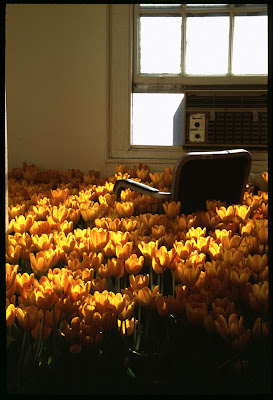 One of the tiny offices on the third floor, with orange tulips at mid-day. 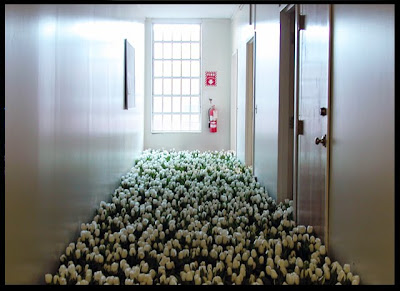