While I am enjoying the Focus Awards hosted by the Griffin Museum and the Flash Forward Festival hosted by the Magenta Foundation in Boston this week, I am re-running some earlier posts about Boston photographers, including Meg Birnbaum.


I first met Meg Birnbaum as part of the toy camera community a number of years ago. Her toy camera series, Corn Dogs, Blue Ribbons and the American Pastoral, featuring summer fairs in New England, has been well celebrated and exhibited. 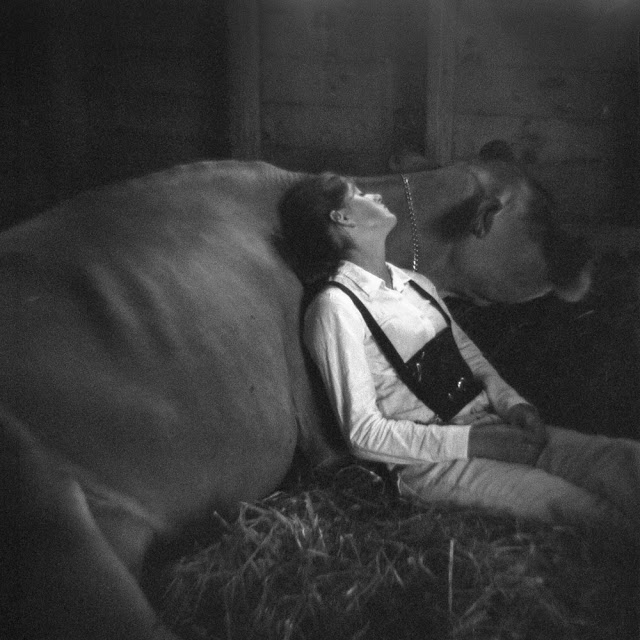 Cow Girl
Over the years I had the great pleasure of sending time with Meg at various portfolio reviews and photo events and have appreciated her friendship and support.  She is a thoughtful person and photographer–the kind of person who is a great observer, sensitive to her subjects on levels that are not always obvious at first glance. Her empathy, compassion, and caring allow her to see another layer of humanity that is so important to being a great photographer.

Her new project, Person/Persona, is a departure into straight color photography, with a twist of subject matter. The series reflects our ability to have more than one persona, one that is often a surprising juxtaposition to a seemingly ordinary life. Meg lives Somerville, MA and exhibited widely including shows in Japan and at the Griffin Museum of Photography in Massachusetts.


Person/Persona: If, as Mark Twain wrote, clothes make the man, then costumes allow us to instantly convey something more about ourselves than is ordinarily apparent. Costumes give us permission to alter our behavior, to explore other personalities and lifestyles, and to bring wholy new and original identities to life.


Charlotte is a puppet maker and cofounder of the 50’s style Stiletto Singers.

‘Person/persona’ is a series of diptych portraits exploring the transformative power of costume-wearing and the creation of alter egos. These people have chosen to live some of their life, in public, in character and in costume. I visited each subject on two different days, taking two environmental portraits that explore the subject in persona costume and again in street clothes.

Some of these personae are the individuals’ original creations, some are familiar historical figures, some appear only on paper, and some only on stage. I found each person, one at a time, by reading local papers, attending historical reenactments, going to performances, talking to friends, and internet searches.

Civitron, father, artist & costumed activist is leader of the Heroic 100

Each person was invited to write a paragraph or two about the chain of events that led to their particular choice of persona and about the impact it has had in their lives. Some people have shared inspiring stories of overcoming very personal struggles, and most feel that costumes have been the bridge to a changed, more fulfilled and happier life.

When I first started working on this project, I thought that I was simply fascinated with performers performing. I hoped that I might discover the unifying element that these people have in their personal makeup that I do not have and which enables them to take such risks in public. I was hoping that some of that might rub off on me. That has not happened yet, although I continue to work on it, however this project has unwittingly became a positive lesson for me in the infinite ways of finding community and building personal connections.

Aliza Shapiro is an events producer and creator of Heywood Wakefield