I think most of us would like to think we lead interesting lives, but Colorado photographer, Skott Chandler provides the evidence that much of what we do is routine or banal. Skott gave a spirited presentation at SPE that spoke to his creative approaches to making images. The photographs featured today from his project, House Watch, are the result of self-created pinhole cameras secured to the ceilings of a whole host of living spaces.  The results reflect how people (and dogs) use space–those who are in focus or semi-focus are more stationary, those who disappear are only moving through the room.

Skott is a  photographic artist in Denver, Colorado where he teaches at the Art Institute of Colorado. He received his degree in Studio Art at Southern Utah University, and during that time he received a UGRASP (Undergraduate Research and Scholarship Program) grant for his surreal Photocubism series. He then received his MFA from the Savannah College of Art and Design. Skott has exhibited work throughout the United States, as well as internationally in Bordeaux, France, Hong Kong, and Geneva, Switzerland. His work was selected for Klopmpching Gallery’s inaugural FRESH 2011 photography competition and he was recognized by Gallery 263 in Cambridge, MA, as one of the Top 30 Emerging Artist Under 30 for 2011.

Humans have many levels of connection with their personal spaces. Narratives within these domestic spaces differ depending on the inhabitants and their activities that may be mundane, ambiguous, hilarious, absurd, or unsettling. The space within a house affects the inhabitants, and the inhabitants affect the space–an oddly intriguing phenomenon that proves difficult to visualize. 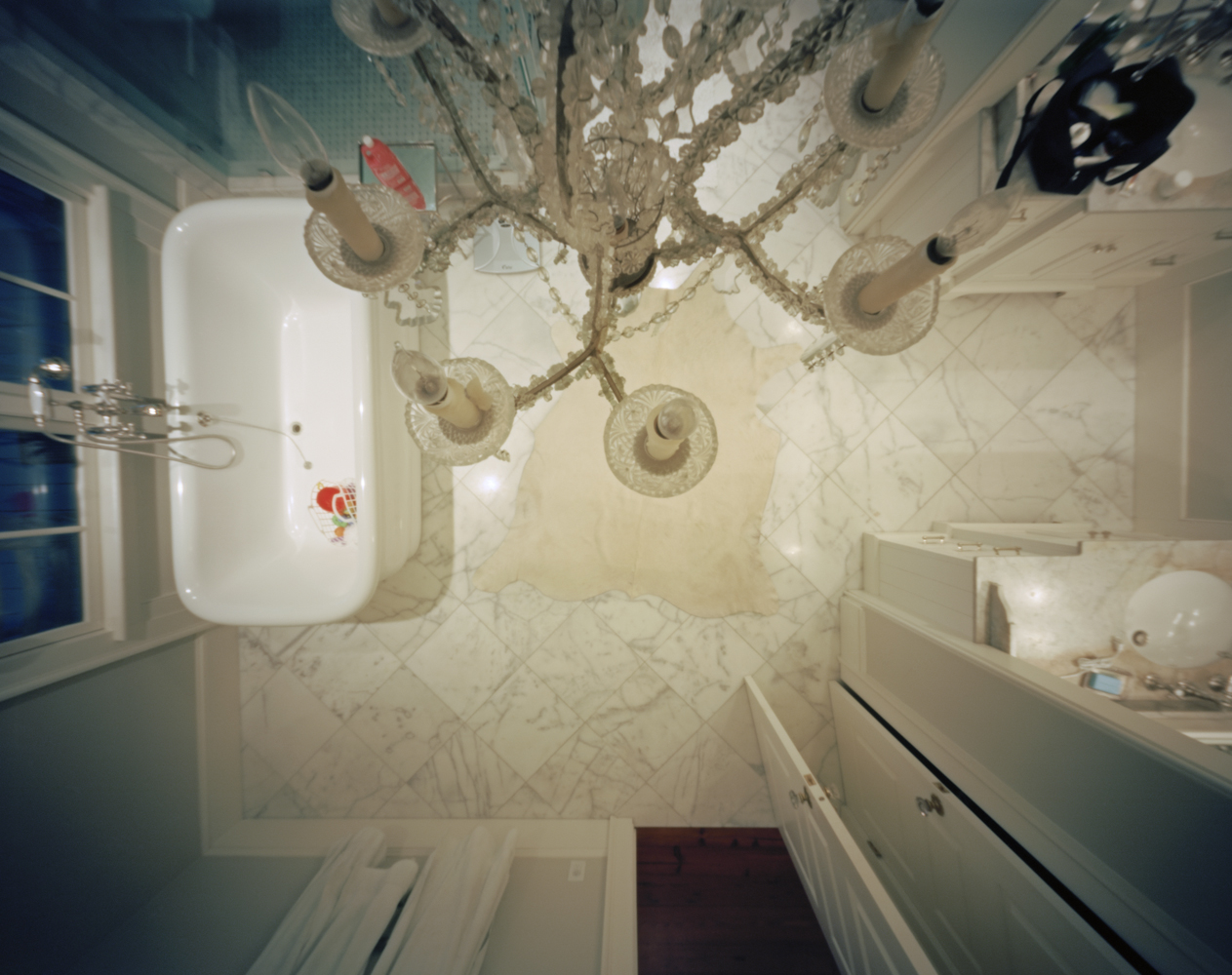 Creating a photographic representation of such an abstract emotional experience was my motivation. The photographs take the perspective of an omniscient voyeur investigating the dynamics of space within a home. Ceiling mounted pinhole cameras cast an unflinching gaze upon the inhabitants and rooms within the walls; not to judge, but to witness. 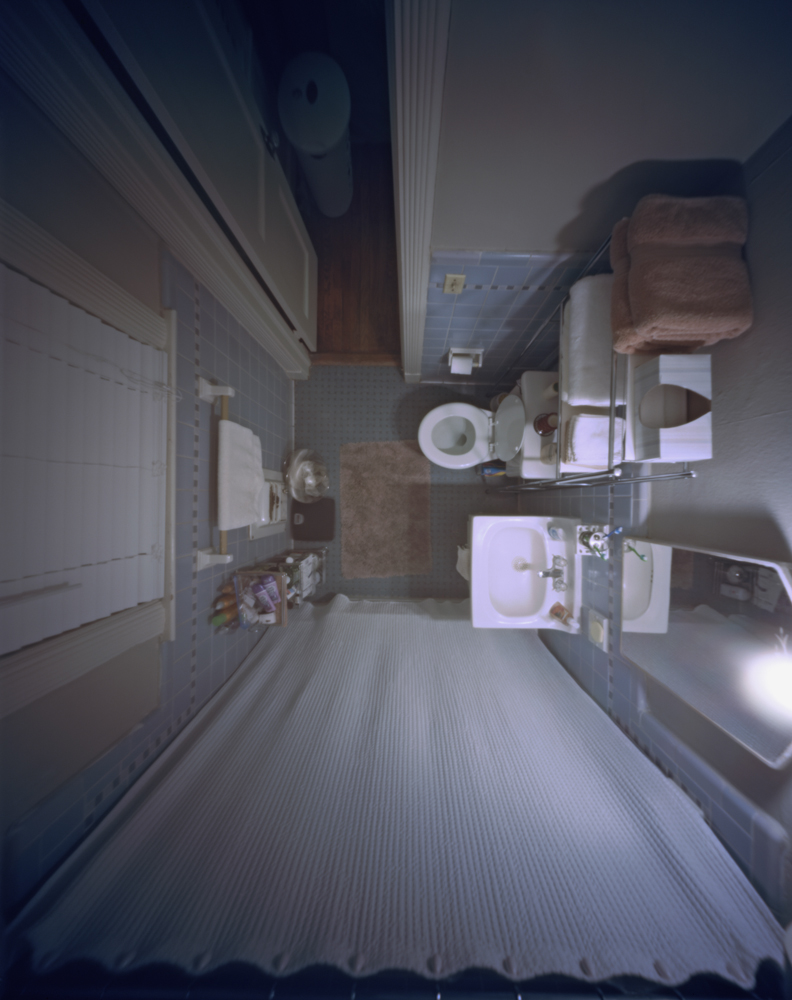 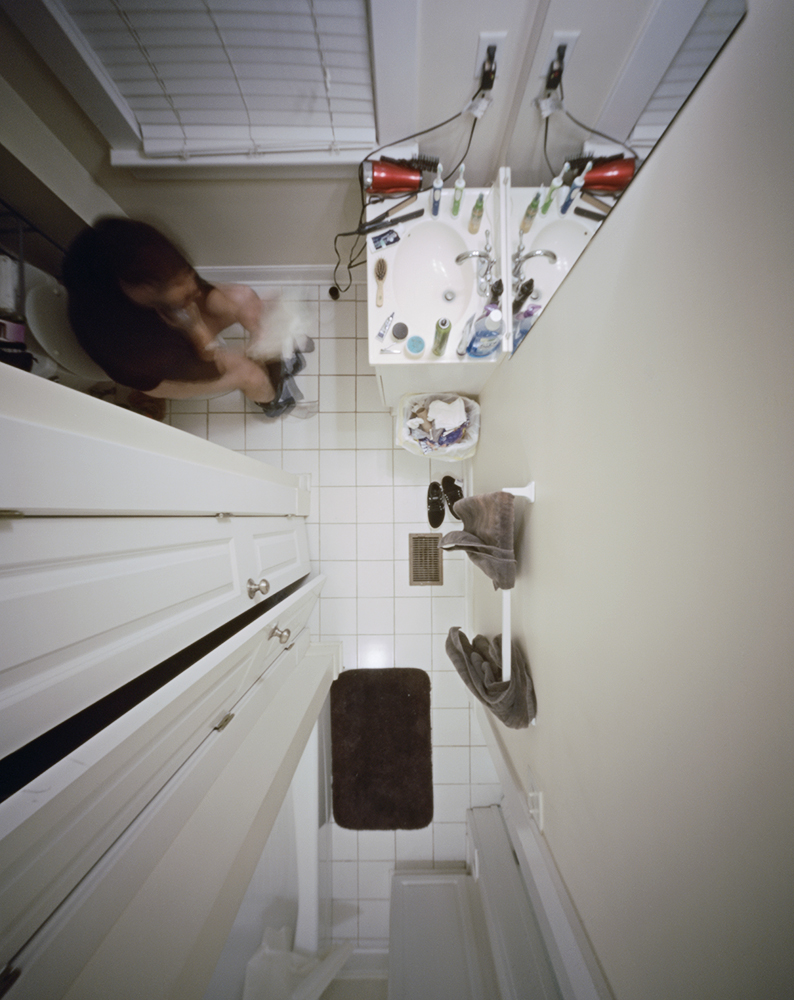 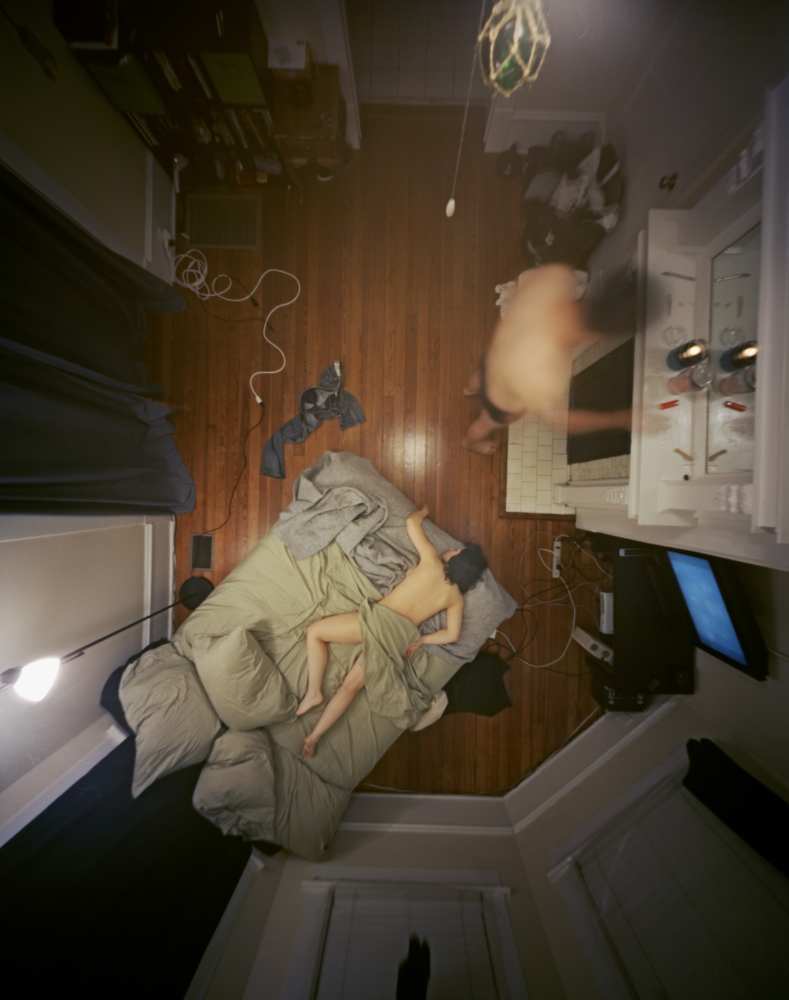 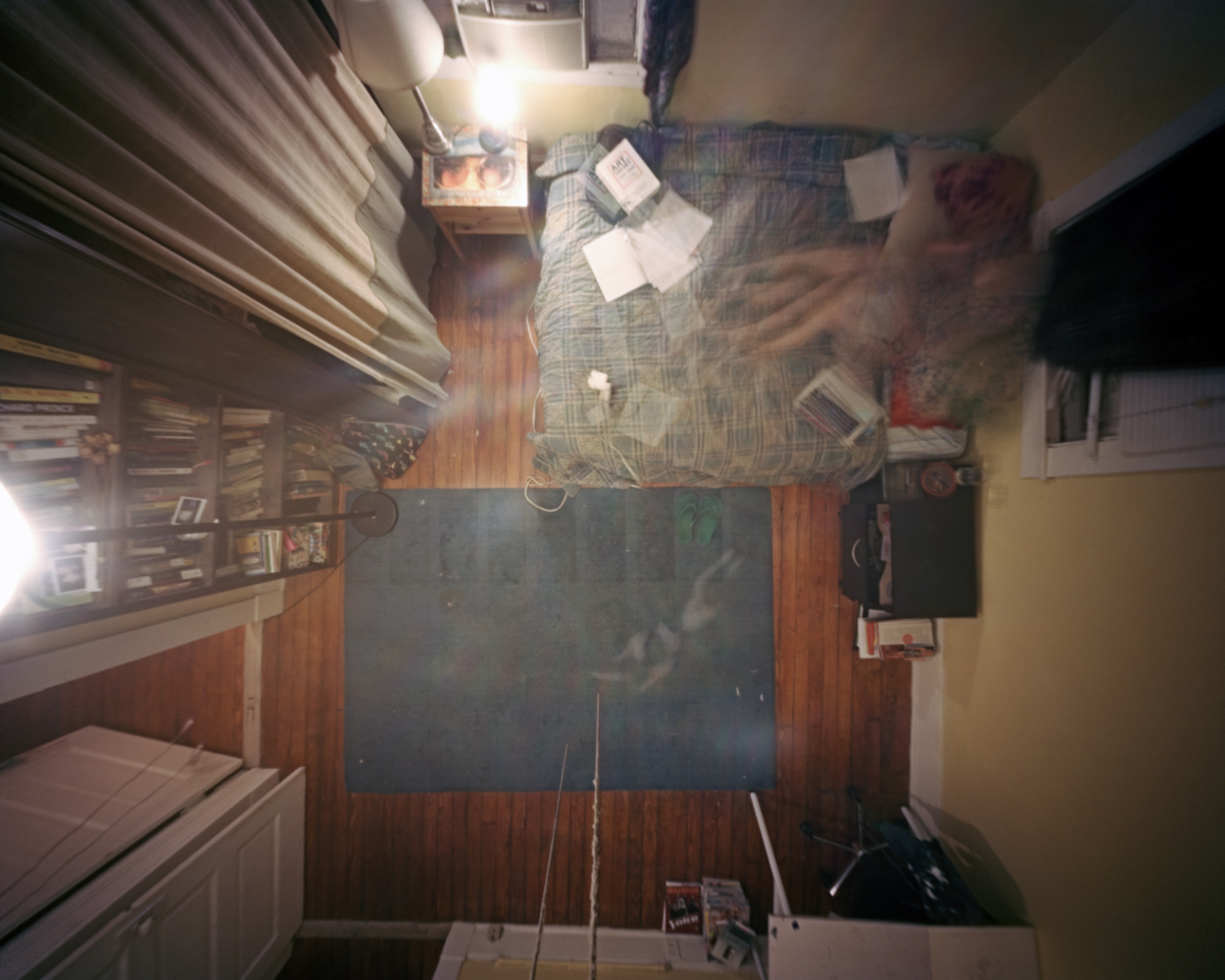 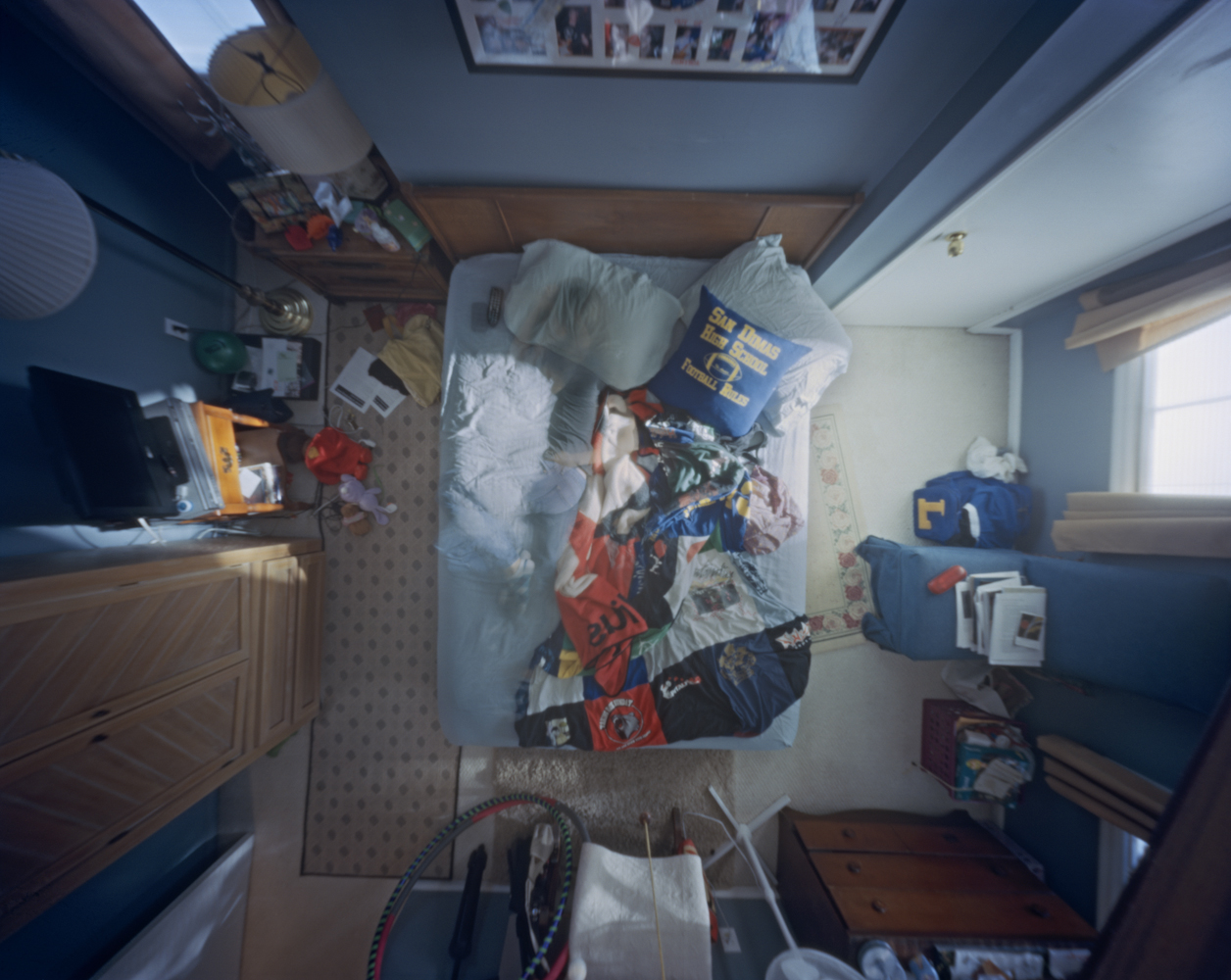 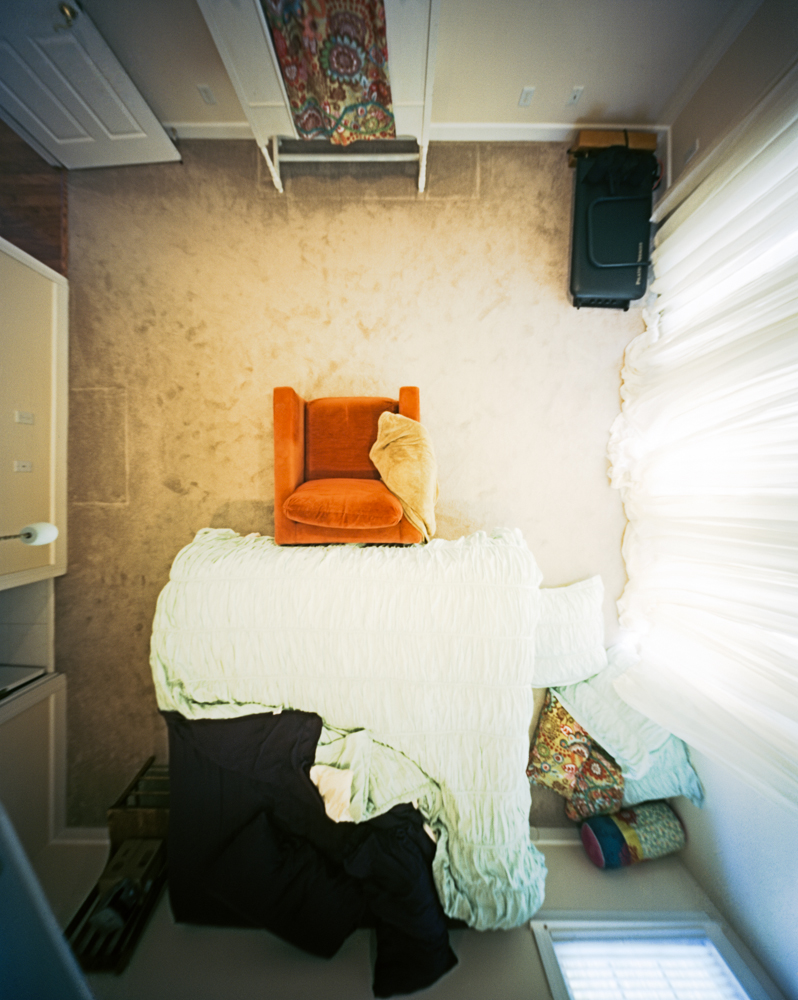 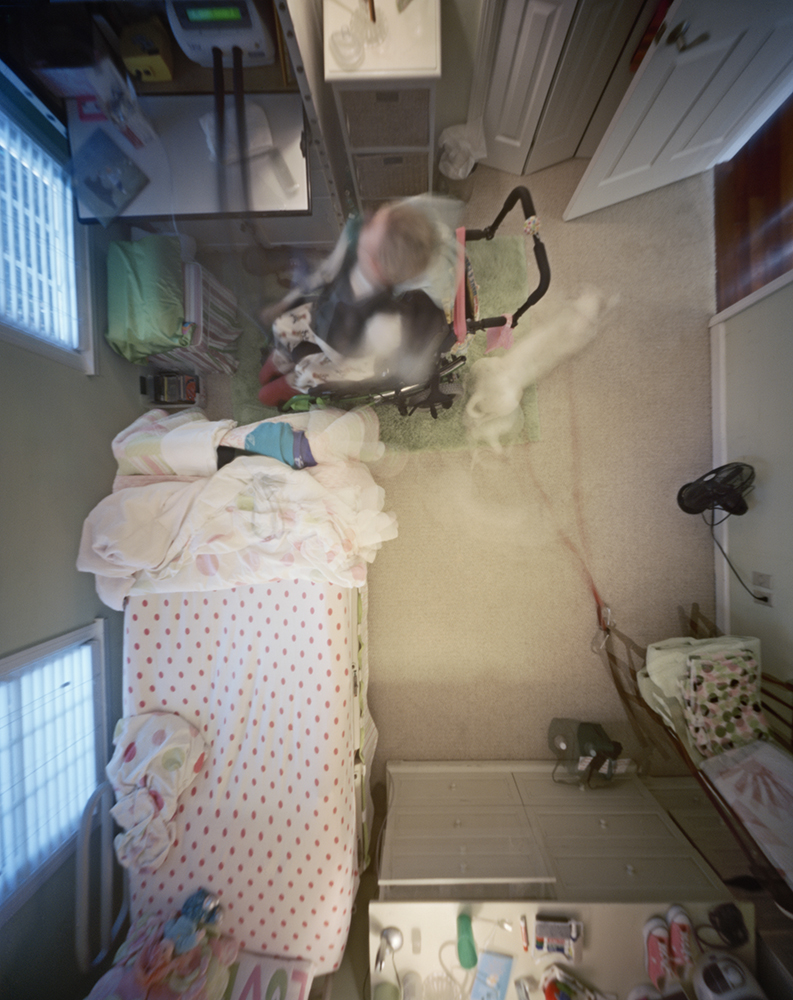 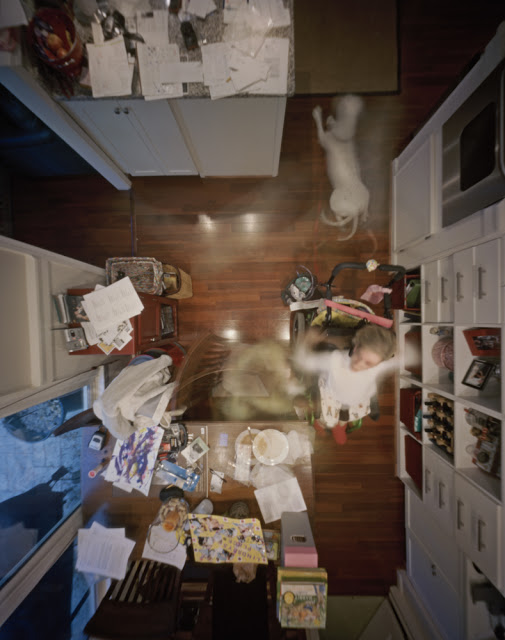 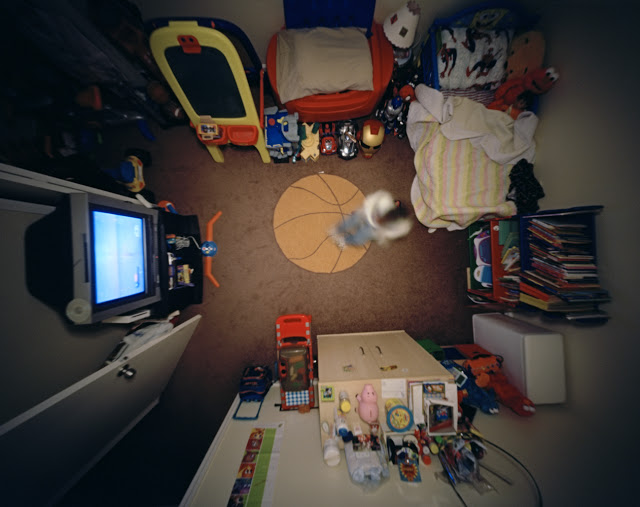 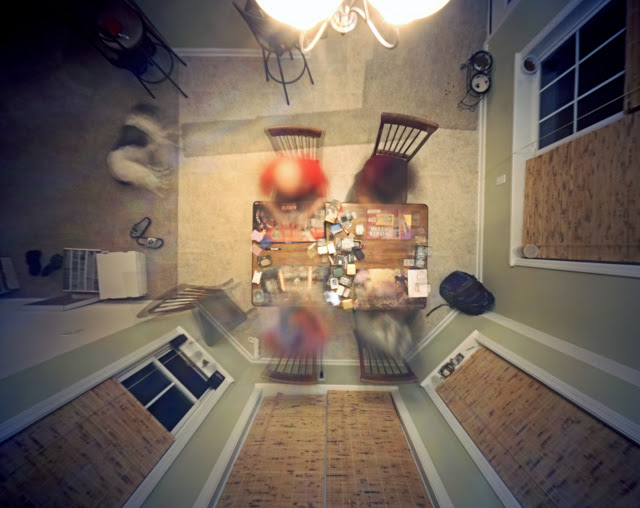 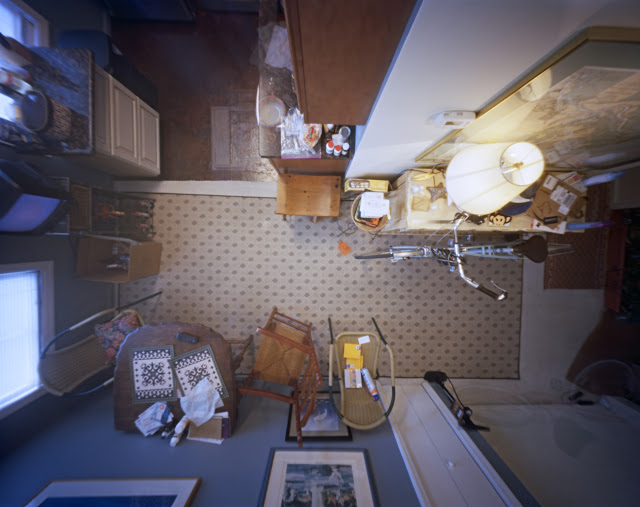 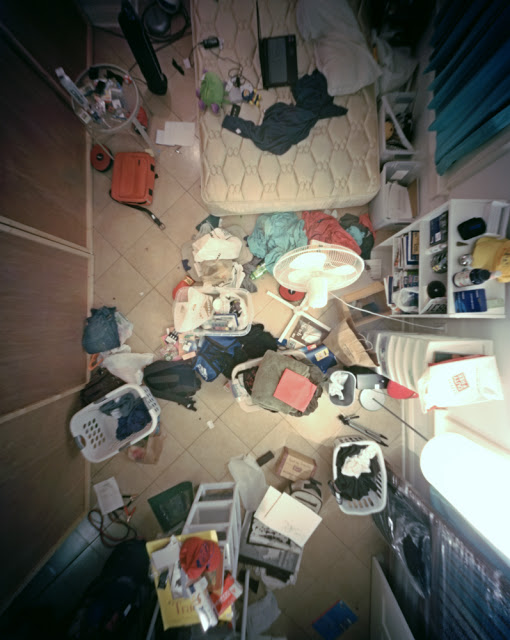 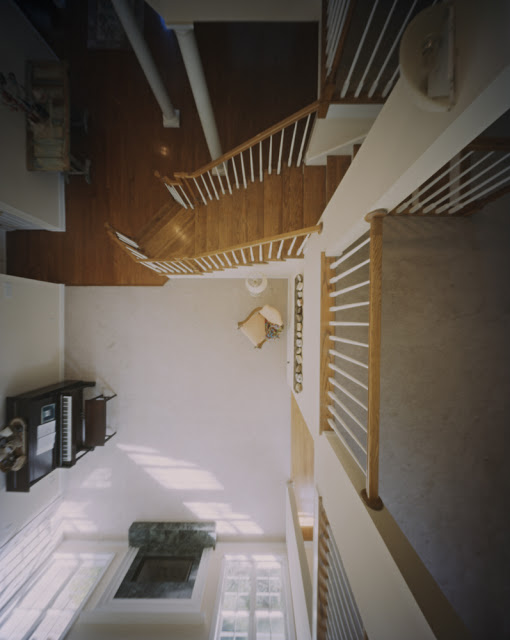 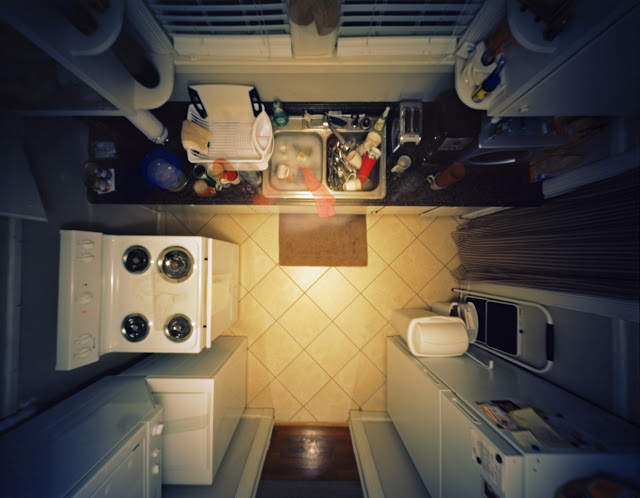 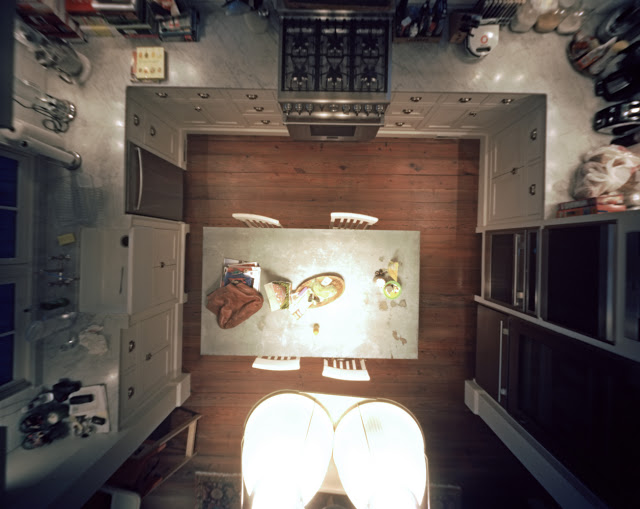 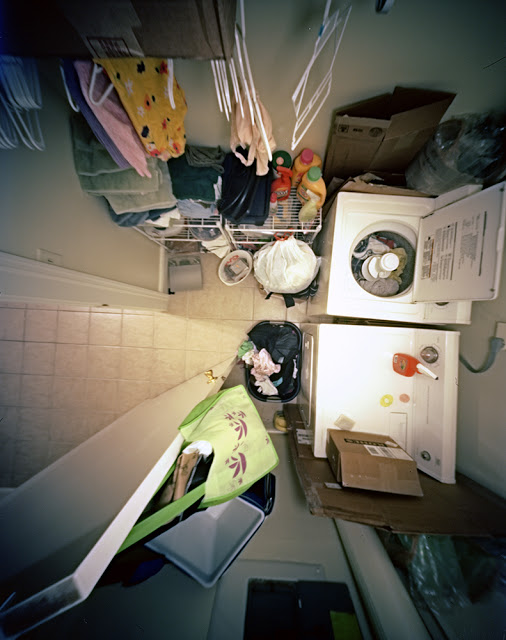 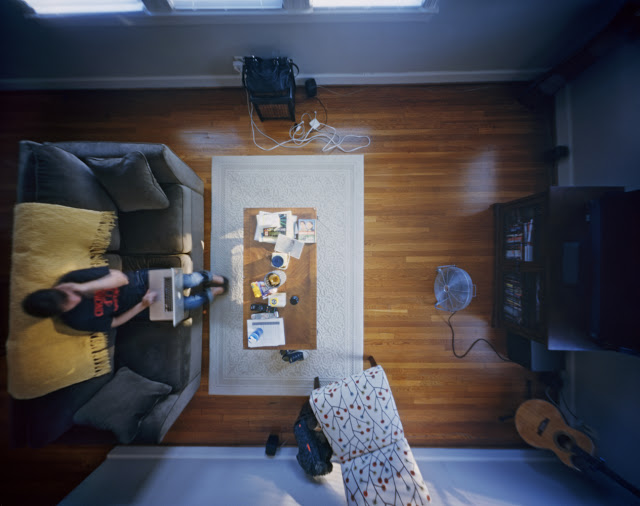 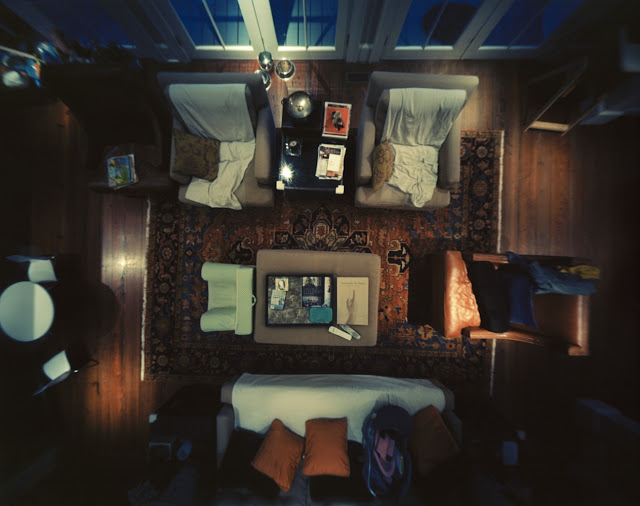 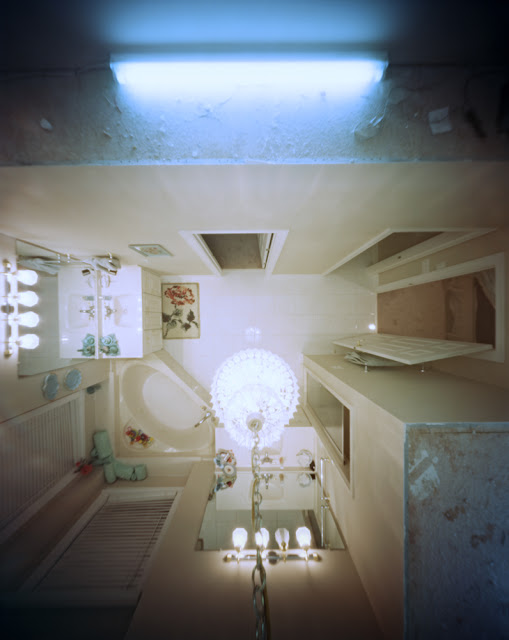 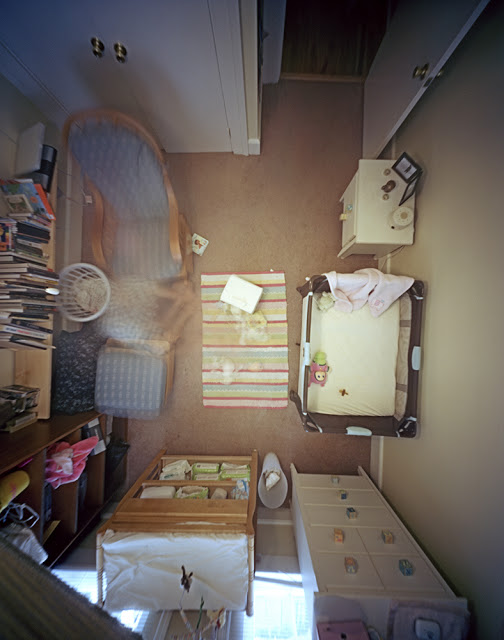 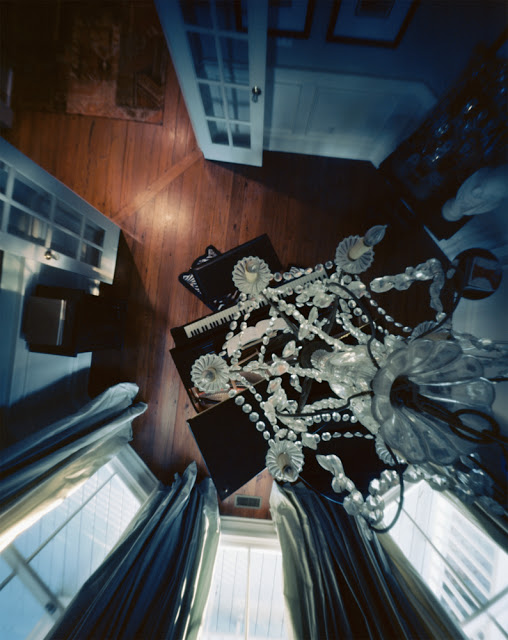 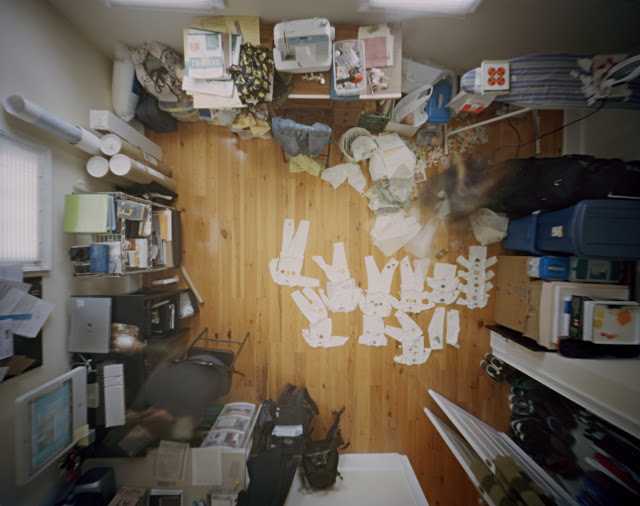 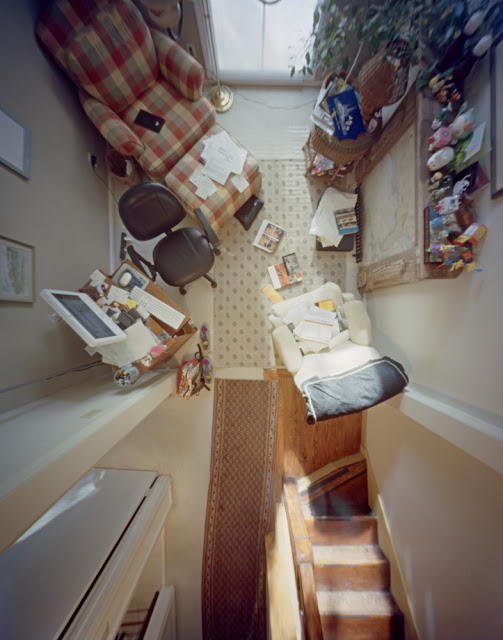