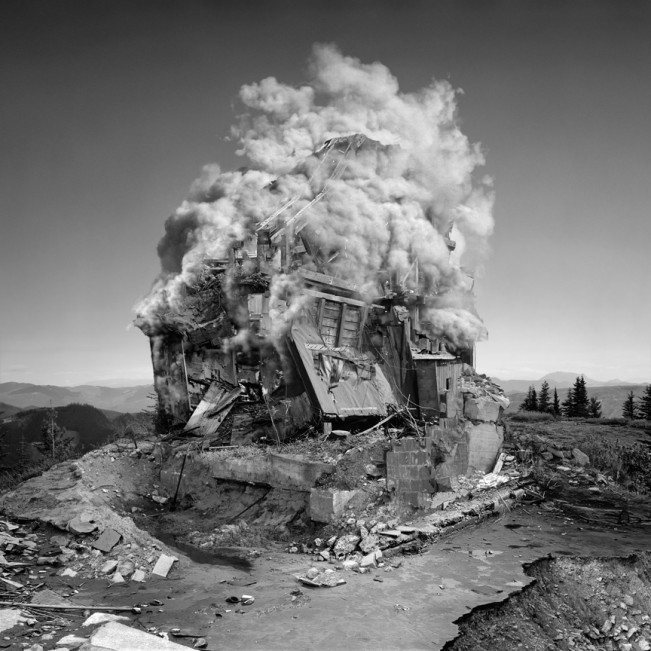 The combination of imagination and technology , in the right hands, takes us to places that are at once other-worldly and familiar. Photographer Jim Kazanjian has a creative vision that allows for new worlds to be created without a camera, culling images from the Internet to create his “hyper-collage” images.  He has been recently rewarded for his imagination and talents by a nod from Critical Mass, putting his work in the top 50 portfolios for 2013.

As essay by Alison Nastasi follows the imagery. 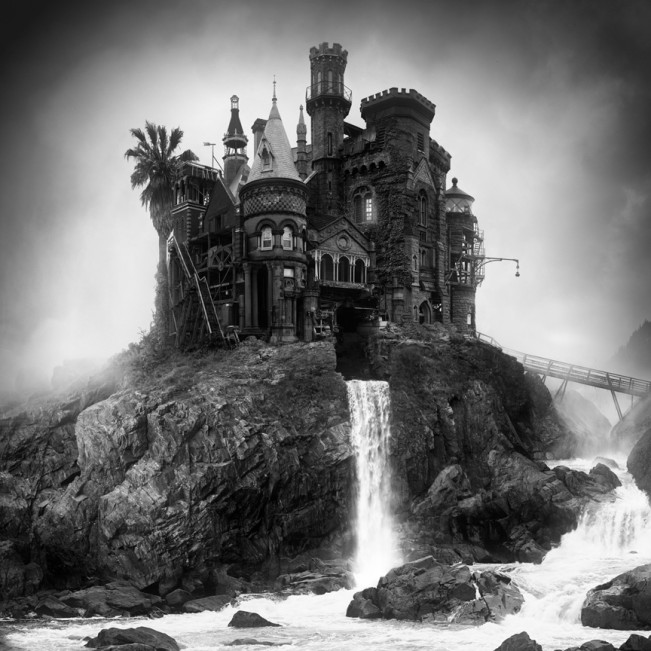 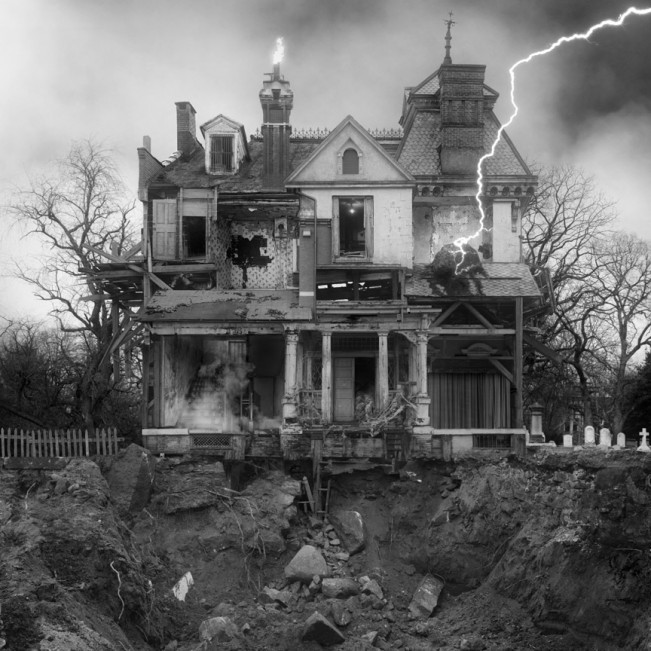 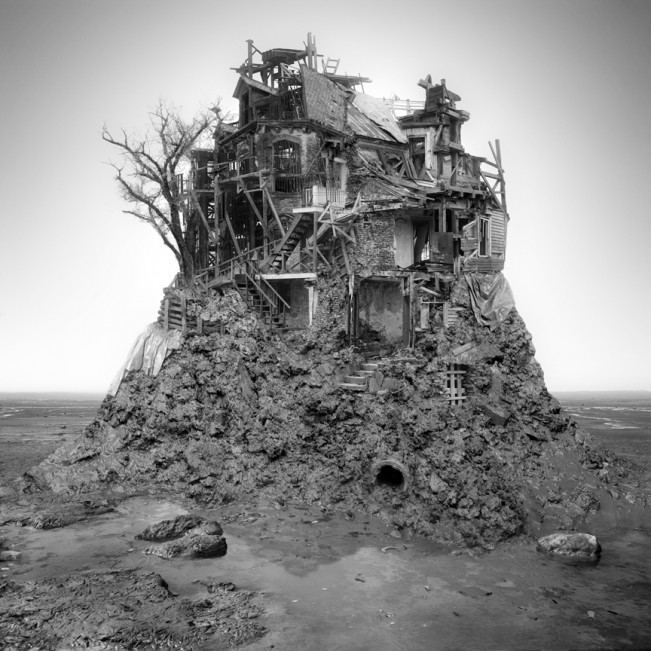 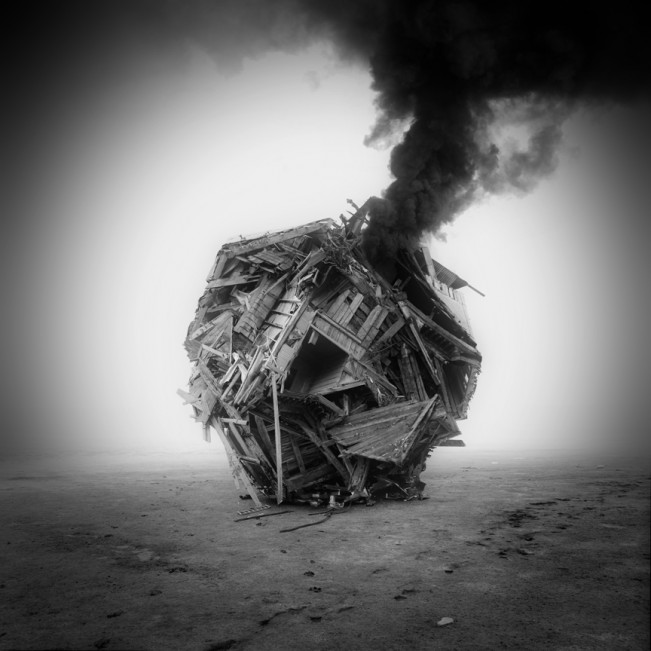 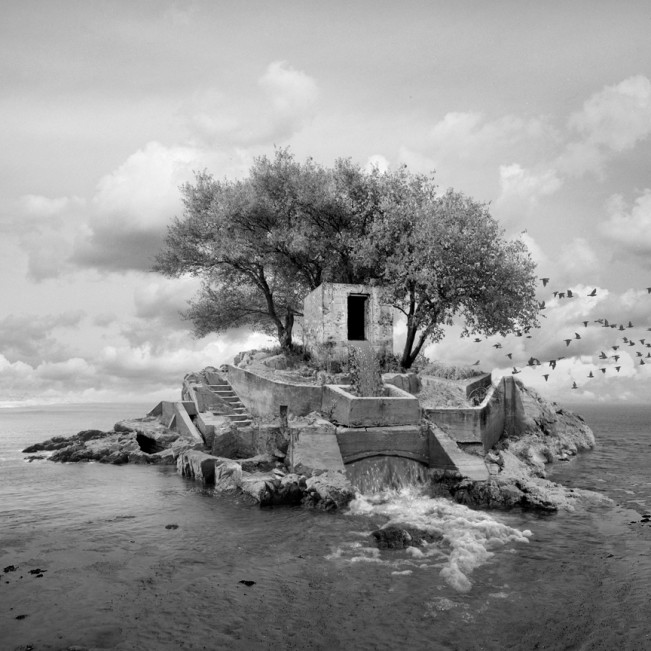 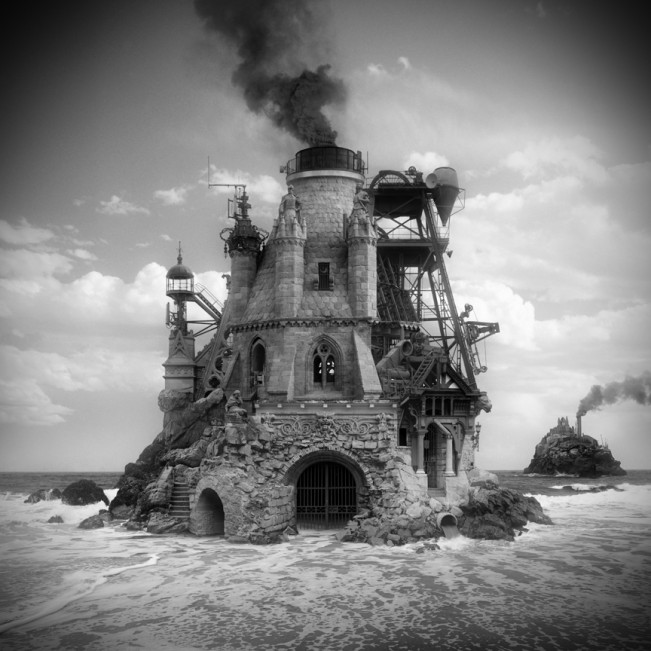 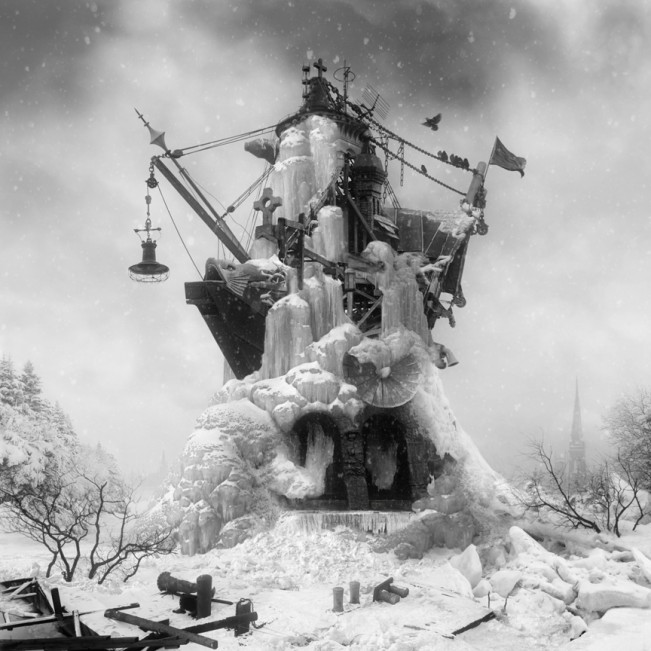 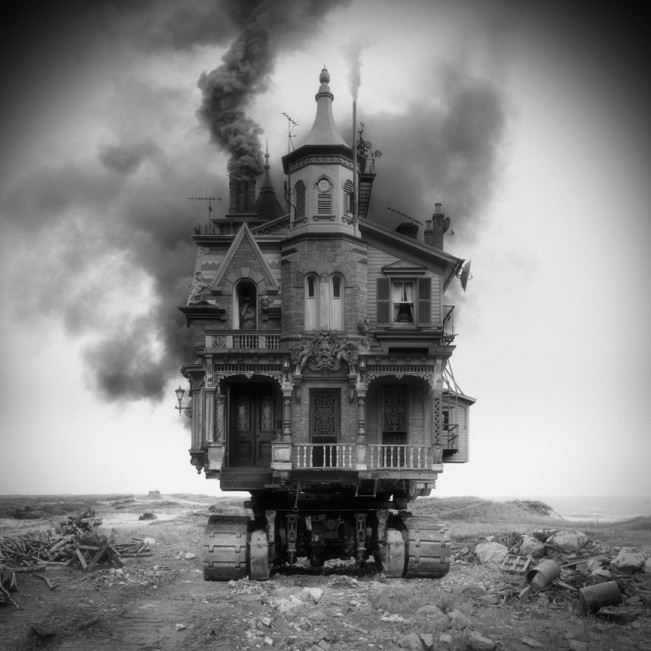 Studying Jim Kazanjian’s work, it’s not surprising to find out that the artist’s favorite horror film is The Shining. Kubrick’s use of the Overlook Hotel as a device to twist our inherent anxieties about isolation and vulnerability — in a space that simultaneously feels massive and suffocating — touches upon some of the same themes Kazanjian references in his surreal architectural photo collages.
Nor is it far-fetched to imagine the reasons behind the artist’s “strong obsession” with The Cat and the Canary screen canon (the 1978 version by Radley Metzger is his favorite), as each movie’s shadowy passageways and strange interiors could easily be fragments of Kazanjian’s dream-like, crumbling structures.
The Portland-based photographer has also been looking at M.R. James’ ghost stories and feels particularly drawn to H.P. Lovecraft’s dark cosmology, which has informed his body of work. “The idea of an ancient, unspeakable evil hibernating in deep space is just too captivating,” the artist mused during our recent interview. But Kazanjian’s disorienting creations are far more than the sum of his influences.
An established CGI artist in television and game production, Kazanjian’s “hyper-collage” has more in common with his commercial career than might appear at first glance. “My interest in gaming stems from my fascination with architecture and its potential to generate narrative structures,” Kazanjian shared. “My time in game development has definitely informed my photographic work. I find that the immersive qualities in both mediums have a strong correlation.”
Also immersive is Kazanjian’s extensive process of hunting and gathering, sacrificing pieces and rescuing images from Internet obscurity. Random snapshots of sinkholes, ominous fog, dense wreckage, and billowing smoke transform into the brooding icons of an otherworldly dimension. His archive of photo references contains almost 30,000 images and has been growing since 2005. “I cobble together pieces of photographs that I discover online and feed them into Photoshop … I eventually merge these various parts together.” It’s a deceptively simple, organic process that relies heavily on the element of surprise and toys with the inherent authenticity of the photographic medium. “I think nostalgia for the past is one of the things that makes photography so potent … It is still viewed, in many ways, as an objective medium. It has a very seductive quality.”
Intertwined with psychological horror, Kazanjian’s anomalies aim for a sense of foreboding and mystery, playing upon the visual archetypes he alludes to — haunted house tropes, an elusive menace, and supernatural terror. It’s a shifting, palpable anxiety that is at once majestic and beautiful. “For me, horror is the unraveling of the known into the unknown, and when the mundane becomes strange. In a sense … I am making an attempt to render the sublime.” 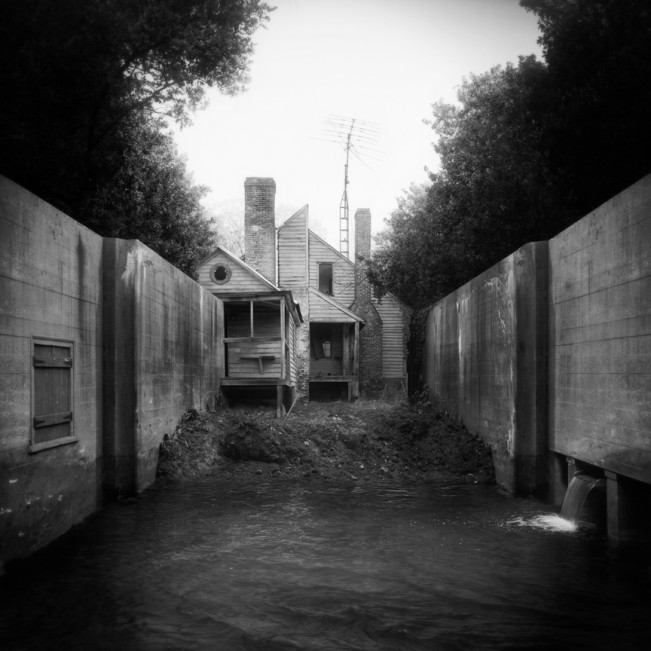