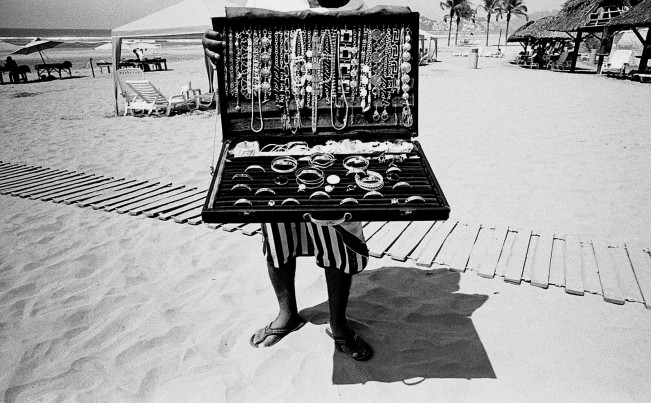 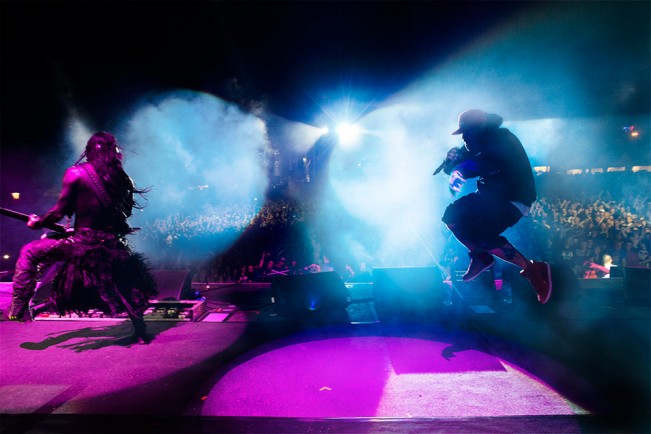 New York City is a photographer’s paradise, offering exhibitions, galleries, lectures, and educational opportunities that are unparalleled anywhere else. One of the institutions that offers education and opportunity is The Penumbra Foundation/Center of Alternative Photography, a non-profit member supported organization dedicated to preserving historical and emulsion based photography and maintaining its relevance as an artistic and educational tool in the evolving digital age. CAP offers a broad range of classes in alternative processes (and much more).Their mission is to be a comprehensive resource for photographers at any level; artists, students, professionals, historians, researchers, conservationists and curators who want to learn, practice, and research these photographic arts and processes. They also endeavor to continue to publicize the impact photography has had and continues to have on culture, history and the arts.

On April 29th, the Penumbra Foundation is presenting the lecture: The Artist in a Professional World: Three Photographers Three Perspectives.  The lecture is from 7-8:30 pm and will be featuring three respected photographers: David J. Carol, Paris Visone, and Eliot Dudik. Reservations are required, so sign up soon!

How does one manage to make a living as a photographer and still stay true to their personal vision? The three photographers, all at different stages in their careers and all taking different paths, have one thing in common. They have never forgotten why they became photographers in the first place, to make pictures for themselves. The panel will include Paris Visone, Eliot Dudik and David J. Carol. Each photographer will present their work and talk about how they balance the commercial and personal aspects of their lives and careers. Following the presentations there will be a panel discussion moderated by David J. Carol that will include a Q&A with the audience. Books of the photographers work will be available for purchase.

David J. Carol was born in New York City. He attended the School of Visual Arts and The New School for Social Research where he studied under Lisette Model. He was the first assignment photographer for The Image Bank photo agency (now part of Getty Images) at the age of 26. He currently works daily in the real world of commercial photography as the Director of Photography at CBS Outdoor. David also writes a monthly column for Rangefinder Magazine as well being weekly contributor to PDN’s Emerging Photographer. He has authored four monographs of his photographs in the past ten years. David’s work/books are in the permanent collections of many major museums and institutions including, The Museum of Fine Arts in Houston, Texas, The International Center Photography, NYC, New York and The Cleveland Museum of Art, Cleveland, Ohio. 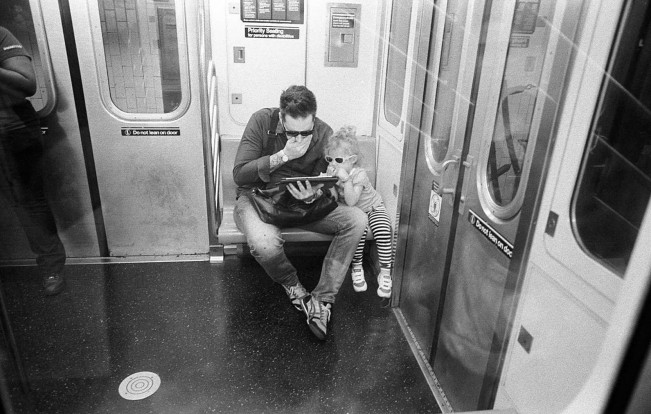 For my personal work I only use rangefinder film cameras with wide angle lenses. I work with Leica M6s and M4s and occasionally a Hasselblad X-Pan with a 30mm lens. I would say that 98% of my photographs are taken with either the Leitz 21mm asph. or 24mm asph. lens. The problem for me with SLRs is that they only allow you to see thru the lens which means you cant see whats going on outside the frame while shooting. With rangefinders you look through a window with frame lines. This allows me to see whats happening inside and outside of the frame at the same time. I need to see everything at once and then frame what I think is the “picture”. I use film because I love the look and texture of grain. The other thing I love about film is not seeing what Ive shot until a week or two later. An issue I have with shooting digitally is that you can see your photos right away. When most people shoot they have some sort of expectations of what the picture will be. If we can see the photo right away I think our expectations are often not met. If you dont see the picture for a week or two your expectations are forgotten and you can just see the image for the first time in a more “pure” and unprejudiced way. 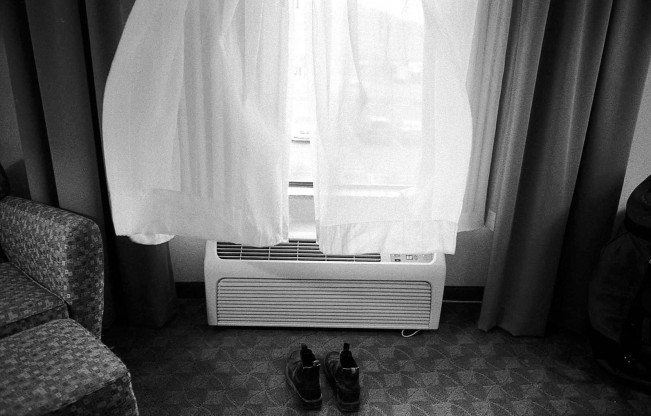 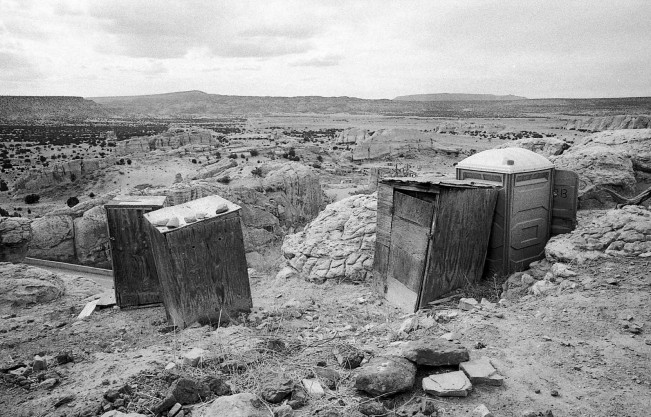 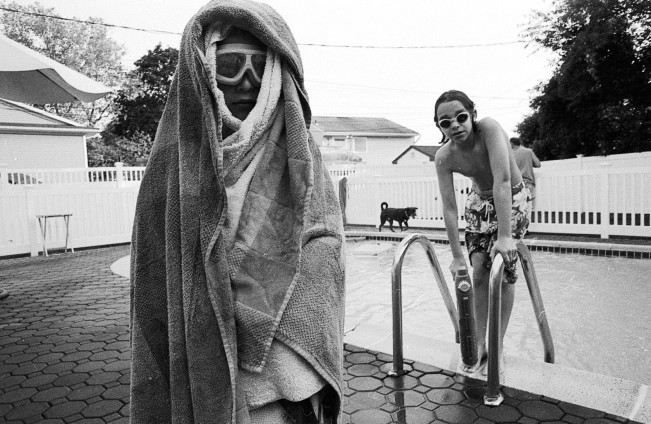 Paris Visone is a documentary photographer based in Boston, MA USA. She graduated from The Art Institute of Boston where she is now a faculty member. Her acclaimed series “Gender Roles and Appearance” received the Getty Images Editorial Photography Grant in 2010. Her work has also been shown internationally in solo and group exhibitions. Paris has traveled the globe with numerous musical icons including Marilyn Manson, Blondie, Toto, Godsmack, Staind and Limp Bizkit. Bringing her unique style on the road, she captures a side of these musicians that is rarely seen. She has also been featured in numerous publications such as Rolling Stone, Spin, ZOOM Magazine, Rangefinder, Real Simple, Alternative Press, Performer and GEO Magazine. Most important to her is the ever continuing life project titled “Years”. She describes it as a self portrait that only ends when she does. She is a member of Statement Images, and is represented for photographic syndication by Redux Pictures. 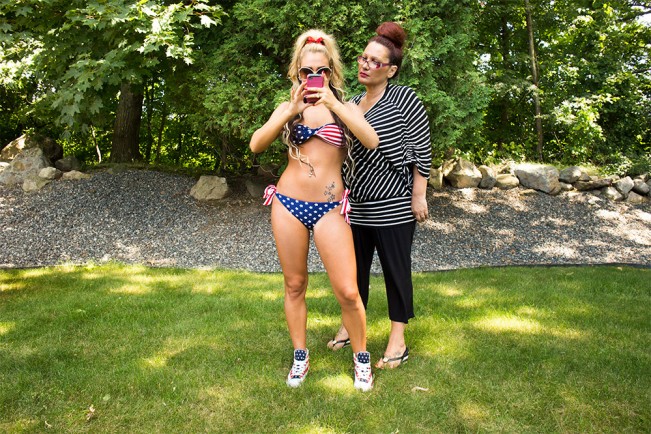 I use a Canon 6D and a 24mm ISM lens. For me, the camera is just a tool. I use this model because it is light weight and still has a full frame sensor and video capabilities. This could all change a year from now. I’m all about the newest and lightest. I need to be able to keep up with my subjects and not have my camera hold me back.

I try to never let my process get in the way of what is happening naturally. I see myself as a documentary photographer, but also consider most of my work a self portrait. 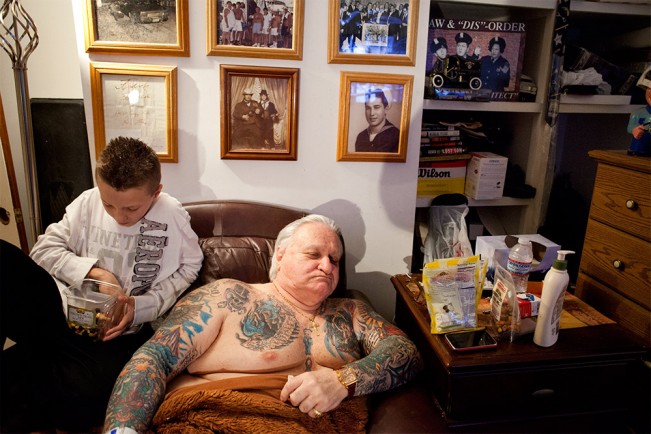 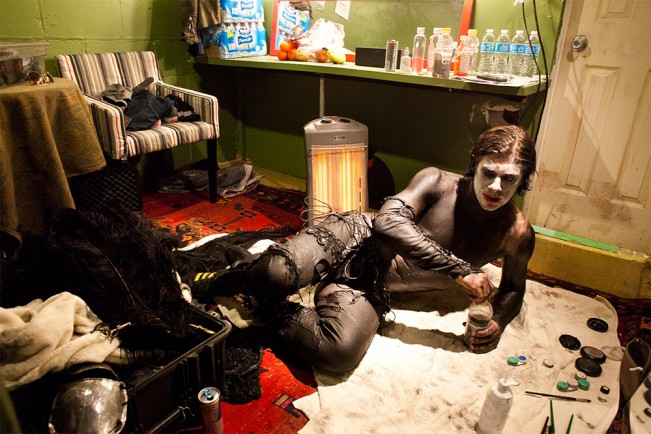 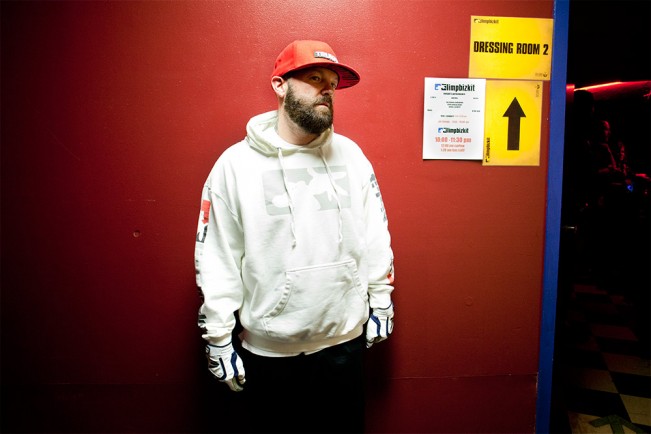 Eliot Dudik is a fine art photographer, currently exploring Southern culture and landscape in a large format documentary style. His first monograph, ROAD ENDS IN WATER, was published in 2010. This series has enjoyed much recognition through exhibitions across the country, as well as several publications such as Fraction Magazine, Magenta Magazine, and One, One Thousand: A Publication of Southern Photography. In 2012, Dudik was named one PDN’s 30 New and Emerging Photographers to Watch and one of Oxford American Magazine’s 100 New Superstars of Southern Art. Eliot is also an Adjunct Professor of Photography at the University of South Carolina. 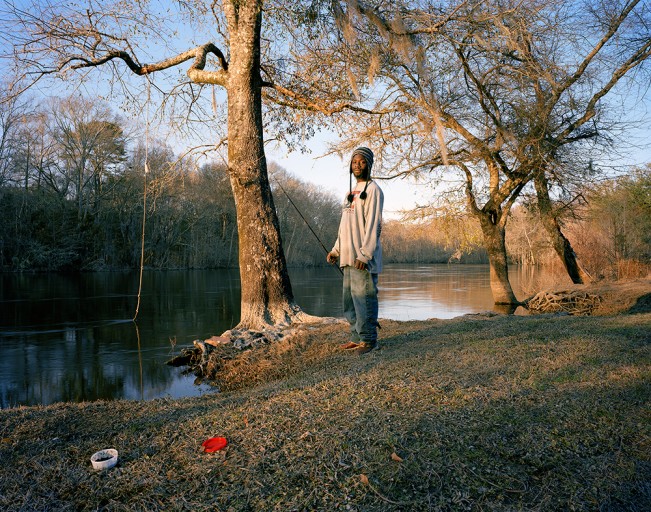 The process of setting up a view camera is certainly cumbersome and time consuming, and there are times, especially on a steep upward grade, that I question my sanity.  However, I am simply still captivated by watching the rays of light that come through my lens and project an image on the ground glass before me.  I think Alec Soth described it well by saying it is “jewel-like,” that the experience of viewing the projected image becomes a work of art itself.  I am also drawn to the slow, methodical, and contemplative nature of the view camera, which often results in quiet, mysterious images.  I love tinkering around with my hands; experimenting with sheet film, and at times with old cameras, makes me feel a little more a part of what I am doing.  I work with various large format sizes including 4×5, 8×10, and 8×20, depending on the project.  Luckily, I have yet to experience a boring day with one of my view cameras, and until that day comes, I think I’ll keep doing it. 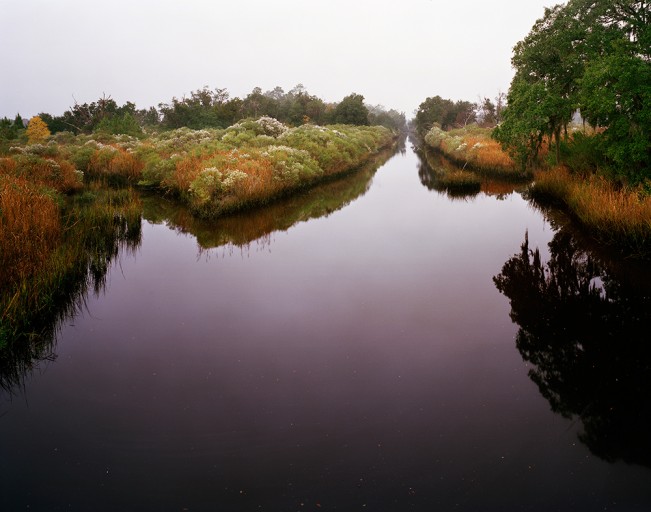 ©Eliot Dudik, Canal in Fog, Near Highway 17 from ROAD ENDS IN WATER 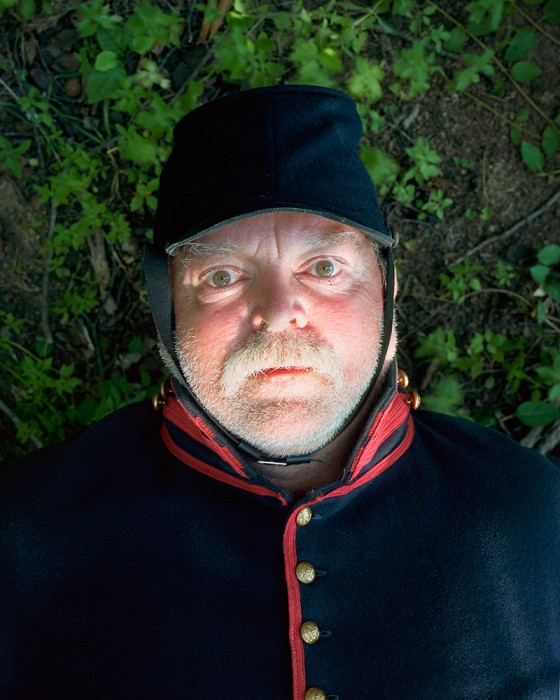 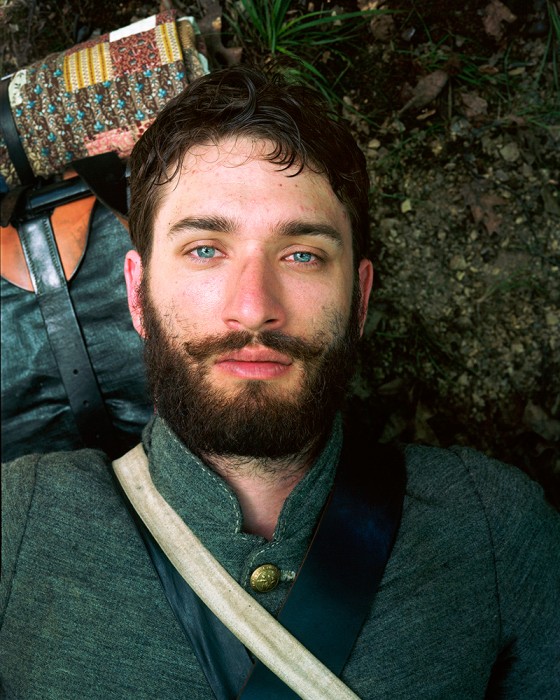 Some additional information about CAP:

The Center for Alternative Photography (CAP) is our workshop based educational program developed 10 years ago from which the Penumbra Foundation was established. CAP teaches historical, emulsion, and alternative photographic processes.
Our 11,000 square foot facility on East 30th Street, which includes traditional and alternative photography darkrooms as well as access to a commercial photo lab that has full array of services from film processing to large scale optical and digital printing capabilities.
Gallery spaces and web based gallery.
Classrooms, event spaces including a rooftop deck and recently constructed natural north light portrait studio.
Library with original 19th and early 20th century primary source materials with many rare formulary manuals and periodicals to be archived online for member and general public access.
On site and online store to provide formulary and equipment as well as related products, books and publications.
Research facilities.

Through our educational programs at Penumbra, we aim to broaden the palette of artistic and visual communication tools available to photographers, artists, and visual communicators. We teach photography comprehensively, starting from its invention (e.g. Daguerreotype, Calotype), through to the digital age. In the future we hope to develop MFA and Certificate programs and to offer emulsion based educational curricula to educational institutions that are dismantling their darkrooms but still understand the importance and necessity of teaching emulsion based photography as an educational tool to their students.

We are currently partnering with like-minded organizations, which include the ICP (International Center for Photography), YPA (Young Photographers Alliance), Cdags (Contemporary Daguerreotypes) and PhotovilleNYC.

An essential part of Penumbra’s mission is to offer outreach in the form of teaching photography to those in financial need; our mission will include public schools, offering our curriculum to educational institutions that no longer offer emulsion based photographic programs, and an Artist in Residence program. Penumbra’s other community based outreach programs include artist’s lectures and regular salons so that our members and the general public can get involved with the topics and issues of the day on a regular and informal basis.

New York City attracts people from all around the world. We consider ourselves to be an international organization and are uniquely located in the historic New York Photo district. Our offices and center on East 30th street, reside just around the corner from where the famous 291 Gallery created by Alfred Stieglitz was housed. We are not far from the Chelsea art gallery district and the High Line, which are just crosstown and within walking distance.

NEXT | Jonas Yip: Somewhere Between >
< Michael Kirchoff on the campaign for New Type 55 Film! | PREV