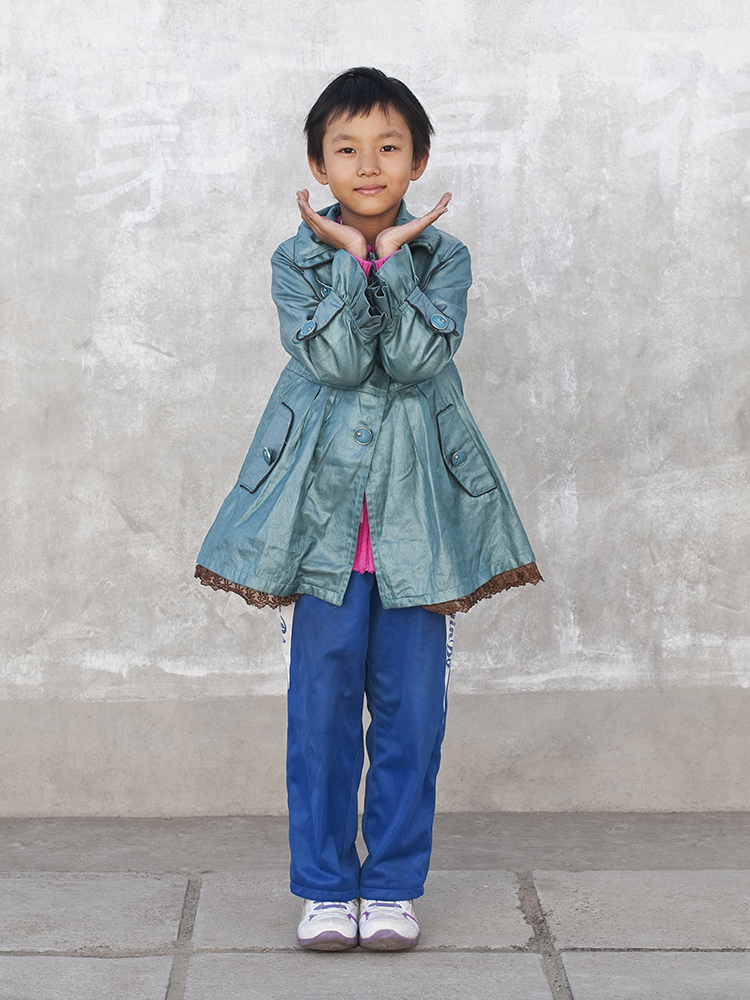 This week and next, Lenscratch will be sharing the CENTER Award winners and the statements by the jurors to help understand their choices.

Congratulations to Judy Gelles for her Second Place win in CENTER’s Curator’s Choice Awards. She has had a long time focus on themes of family and children. For her project, Fourth Grade, she has traveled the world to capture children at a pivotal age. Judy has a solo exhibition, Front-Stage, Backstage, at the Pentimenti Gallery in Philadelphia, PA that runs through May 28, 2016.

Judy Gelles received her MFA in photography from the Rhode Island School of Design and her Masters in Counseling from the University of Miami. Her work is in major collections including the Los Angeles County Museum of Art, the Philadelphia Museum of Art, and the Museum of Modern Art in Rio de Janeiro, Brazil. She has had residencies at the MacDowell Colony, the Visual Studies Workshop, and the Atlantic Center for the Arts. Awards include a grant from the Lomax Family Foundation, an Individual Artist Grant from the Rhode Island state Council On The Arts, an Independence Foundation Fellowship in The Arts, a Mid-Atlantic Arts Foundation Artist as Catalyst Grant, a grant from WYBE Public Television, a Philadelphia Stories New Program Grant, and a Fleisher Challenge Artist Exhibition. In 2013, Critical Mass listed her as one of the top 50 photographers in the US. In 2015, she presented her latest project, Fourth Grade as a TEDx talk. Her work has been featured in Ms. Magazine; Vision Magazine, Beijing, China; Camerawork; New Art Examiner; Artweek, and Photography Now. 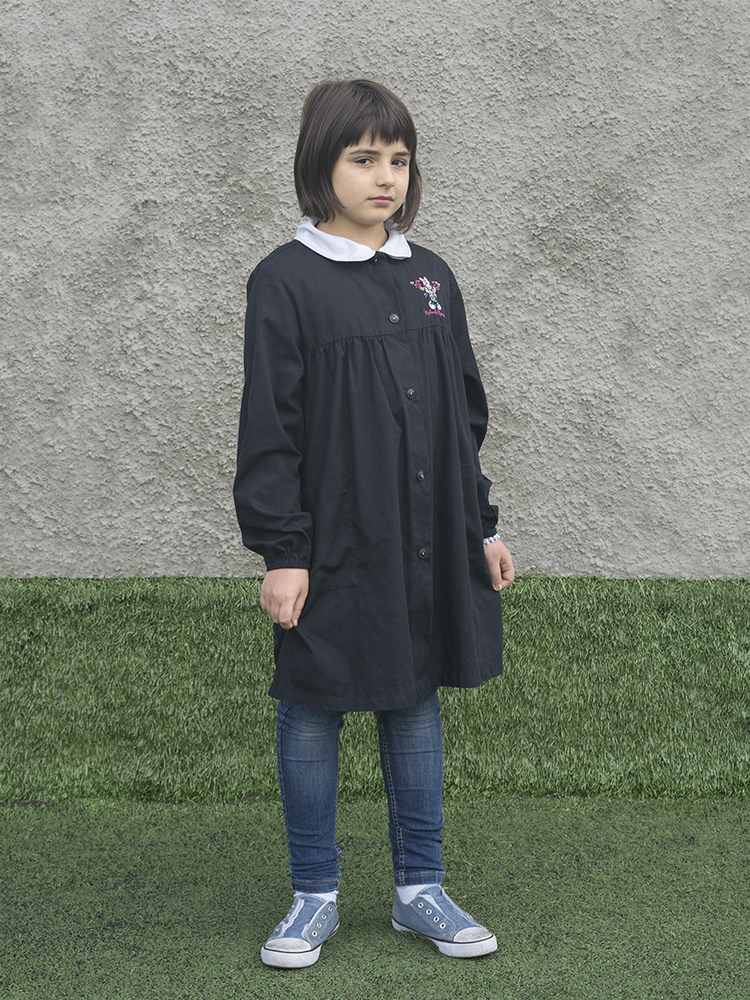 The second prize winner, Judy Gelles, has traveled even further to find her subjects, fourth-grade students in schools across the world from India and Italy to South Korea and the United States. The portraits are remarkably well seen, minimal in their use of props, and a salutary celebration of things as they are. In each, Gelles asked the kids “what they wish for and what they worry about.” The clarity of the project is beguiling. 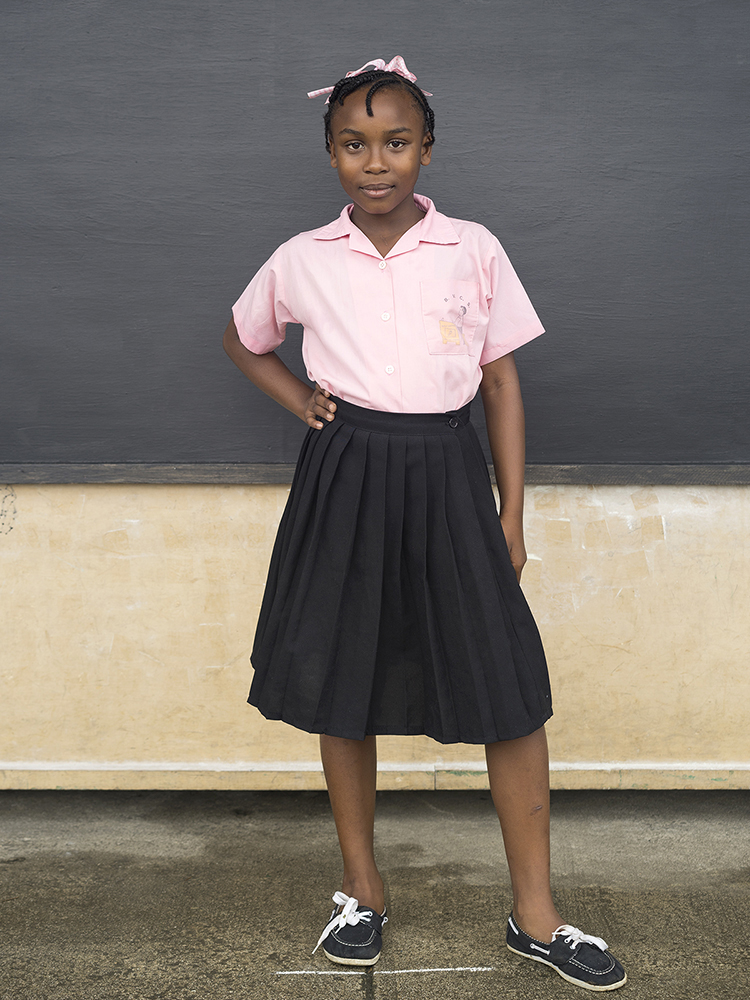 Fourth Graders from around the world answer three questions: Who do you live with? What do you wish for? and What do you worry about? I began the Fourth Grade Project in 2008 from a prototype born during my volunteer work at a Philadelphia inner-city school not far from where I live. Over the past eight years I have interviewed and photographed over 300 fourth grade students from the USA, China, India, Italy, England, St. Lucia, South Africa, and South Korea. Told in their own words, their stories touch on common human experiences and urgent social issues. The goals of the project are to bridge cultural differences and to foster a strong, tolerant student community. We live in a global society where interconnectedness is everywhere in this digital era. Yet the schools that I have been visiting are more homogeneous now than in the past. A notable commonality across all schools is that every group of fourth-graders has very little contact with or knowledge of people from cultural or socioeconomic backgrounds different than their own. Nine-year-old children are on the cusp of adolescence. They are able to think critically and consider relationships to be very important. They are socially conscious, interested in helping others, and openly curious about the world. It is also a moment in children’s development when worldviews start to become entrenched and paths for the future start to become more set. The Fourth Grade Project allows students to learn about others’ lives in a uniquely personal way and to use the project as a catalyst for their own explorations. 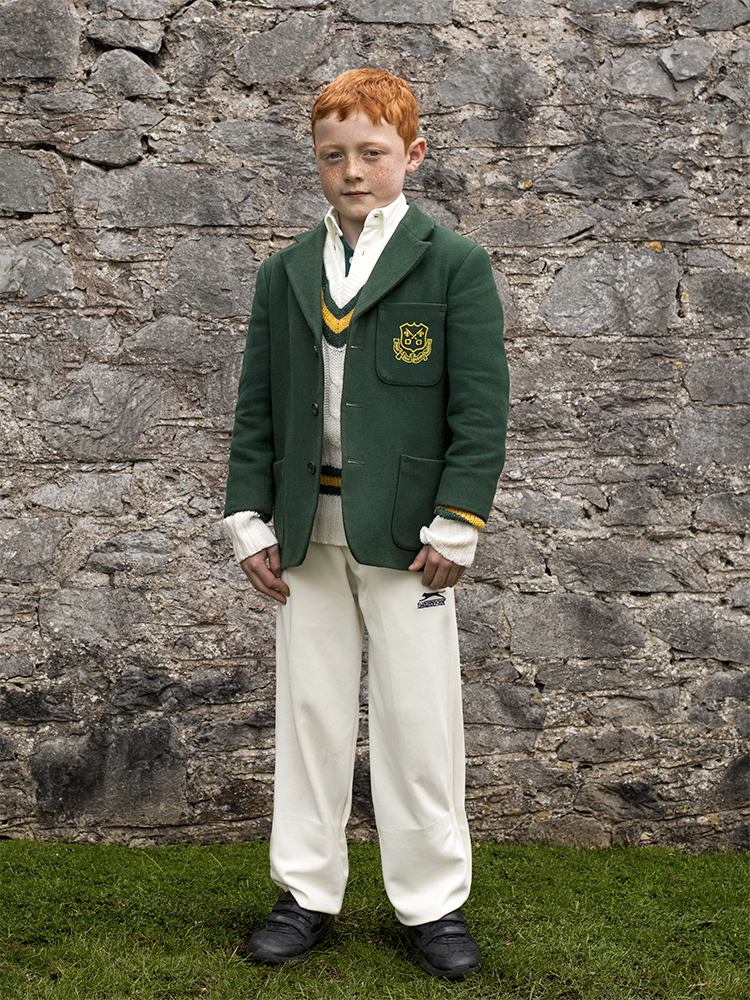 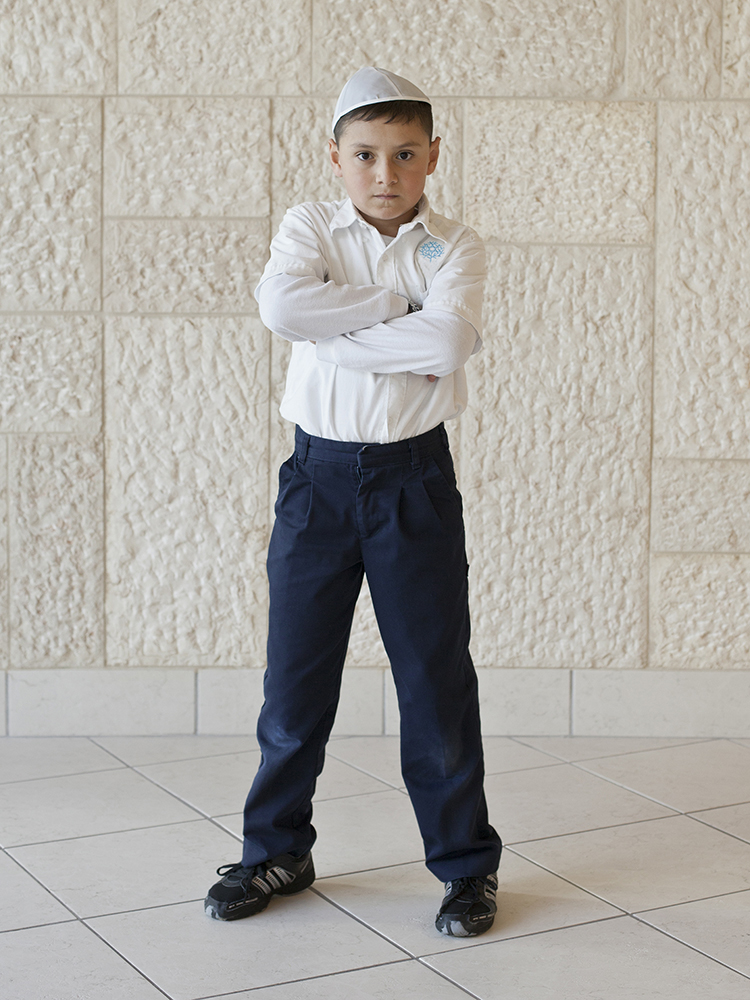 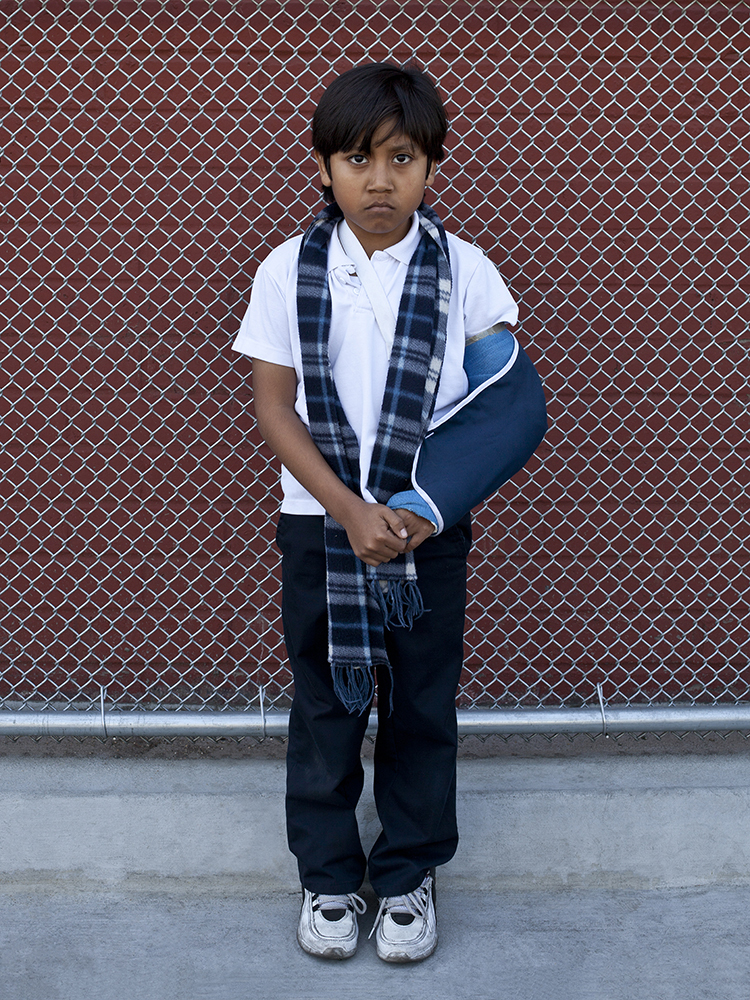 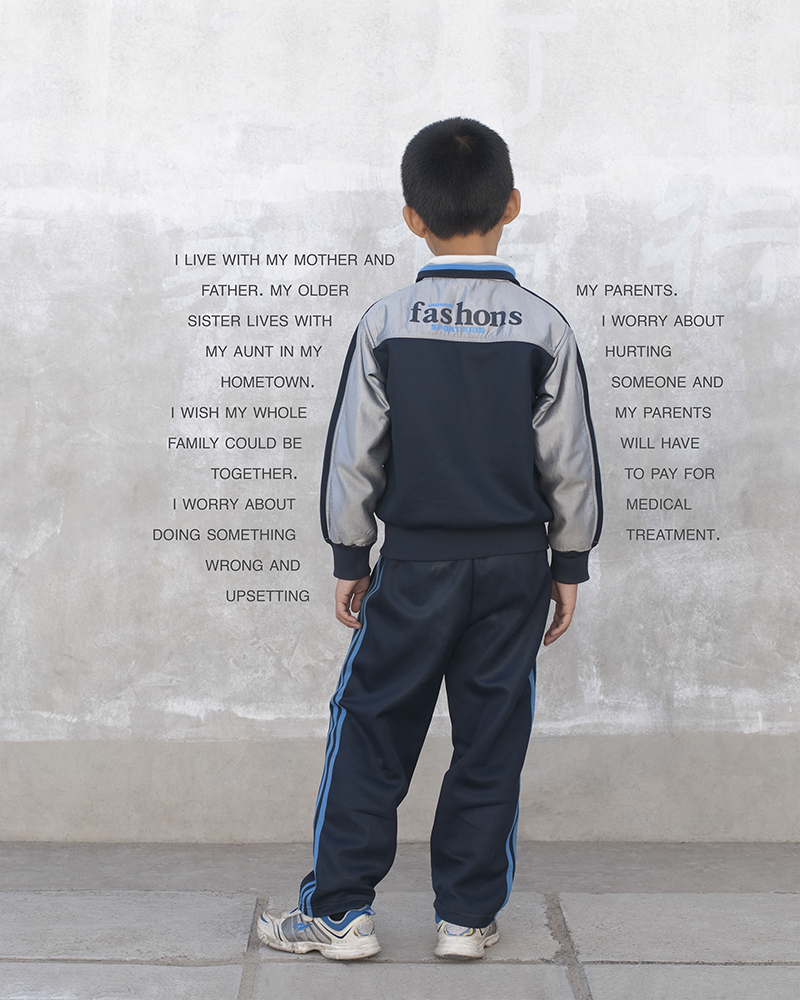 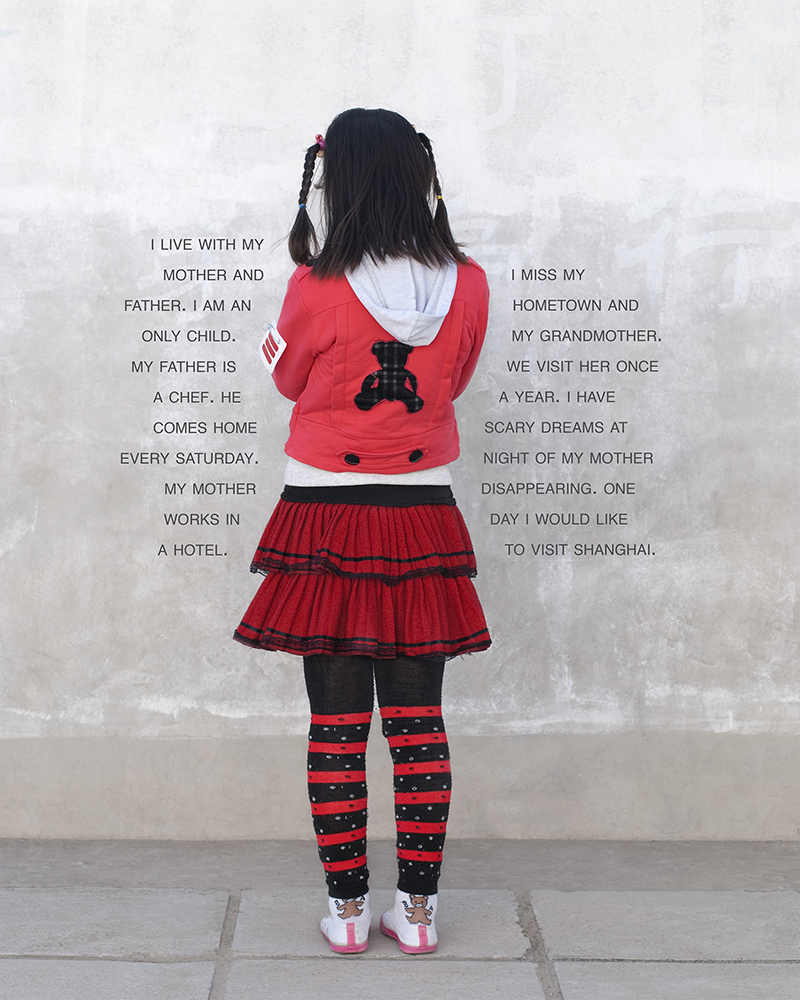 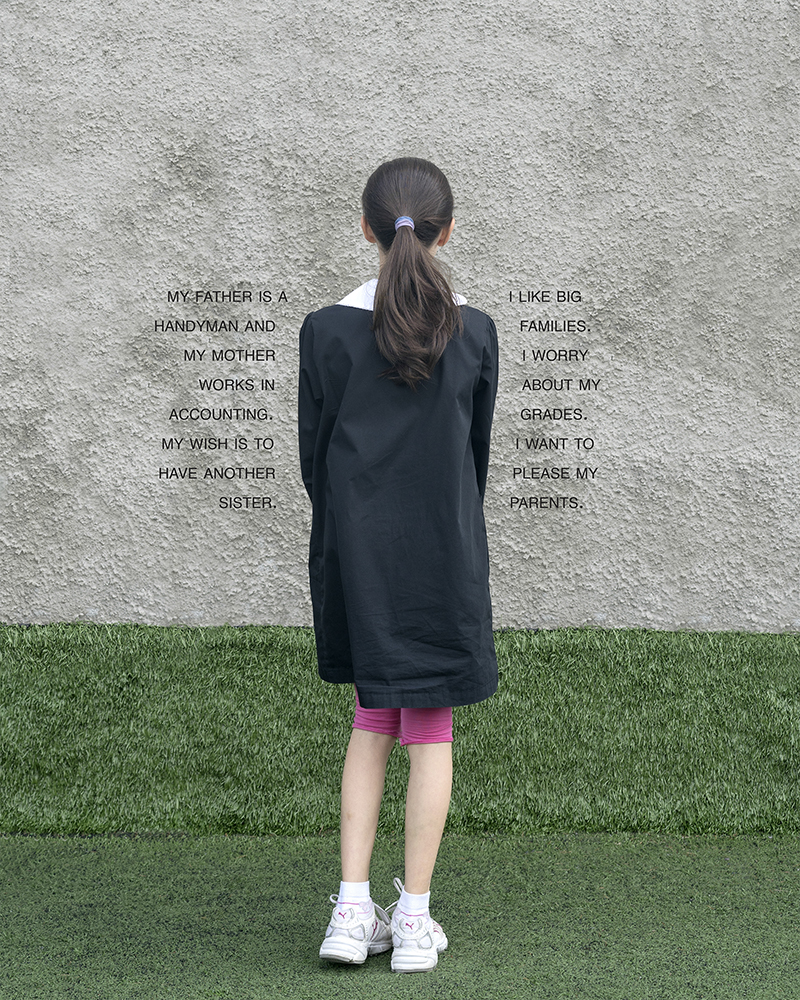 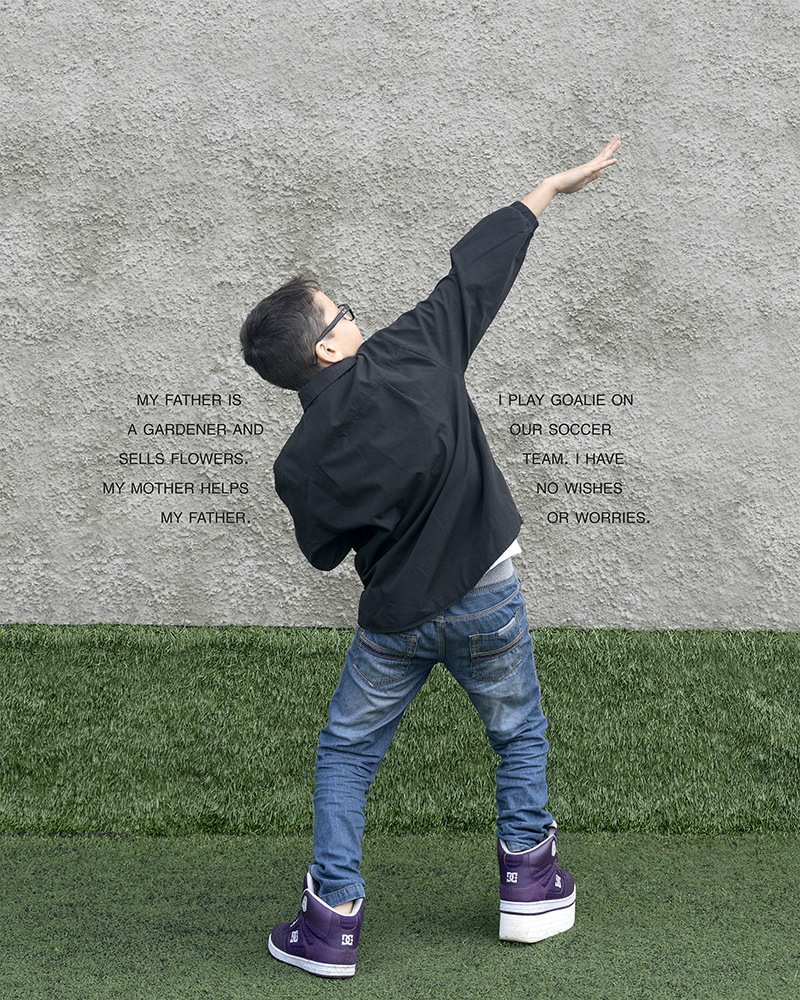 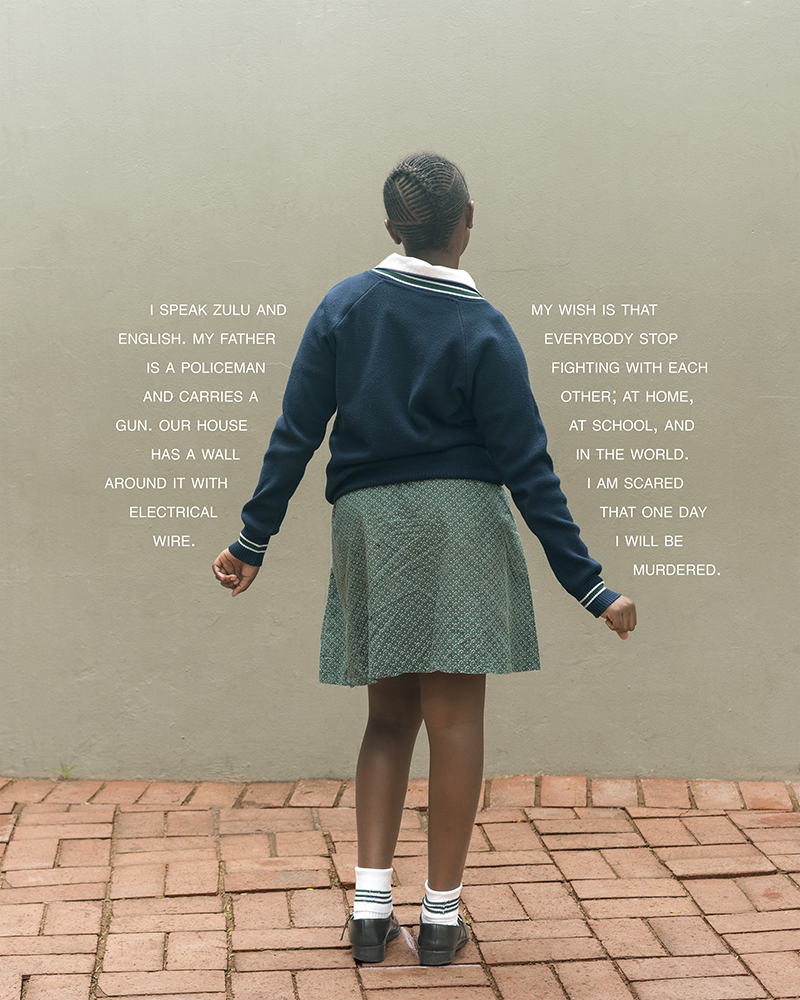 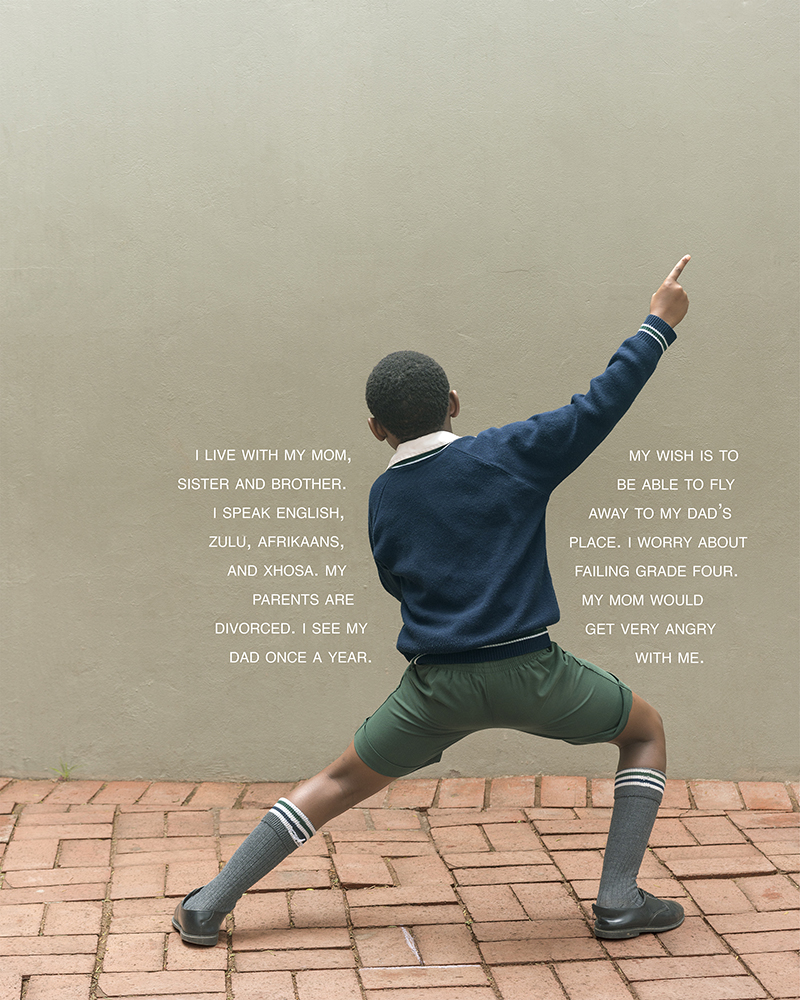 ©Judy Gelles, South Africa, With Me 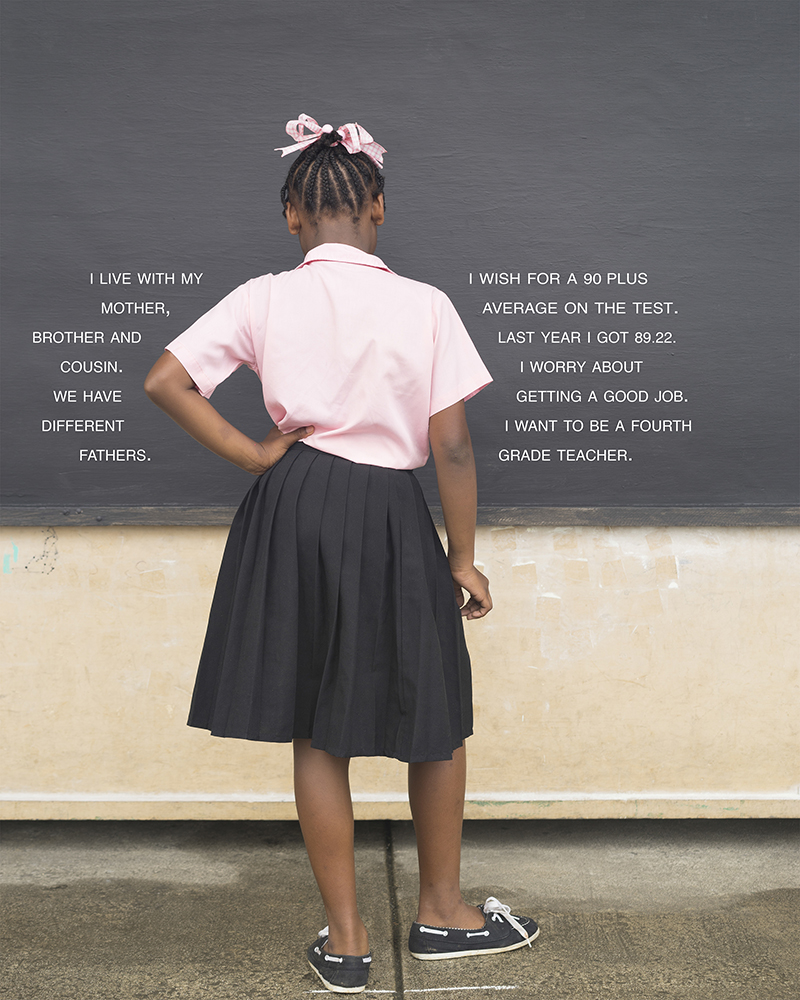 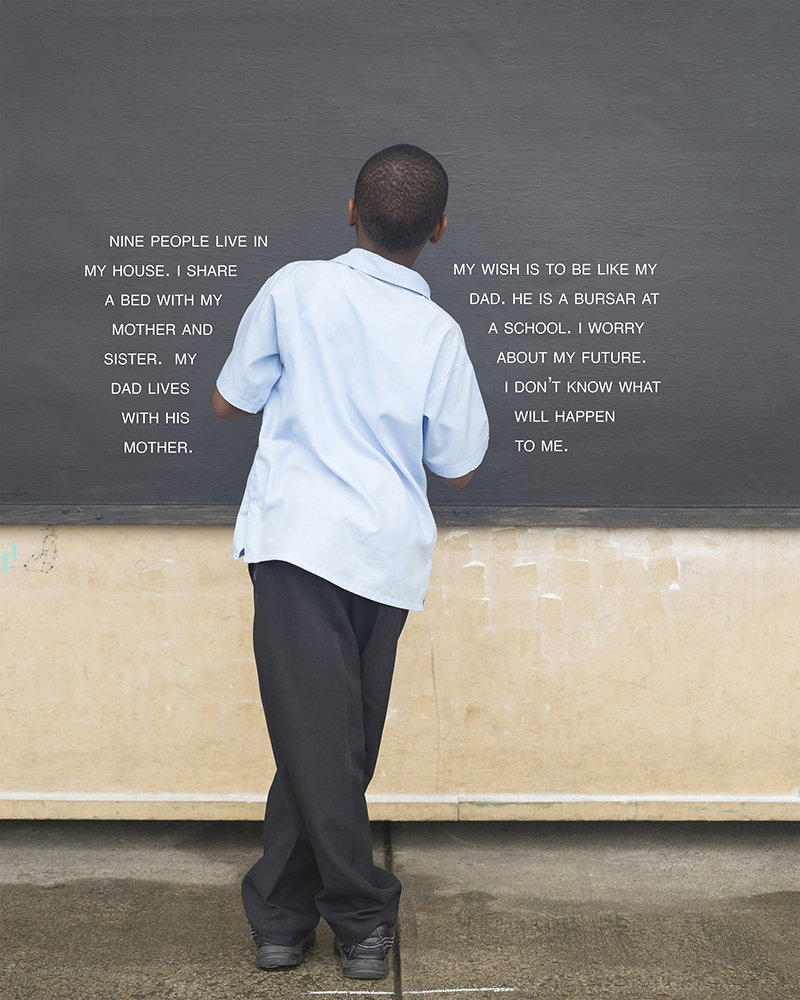 ©Judy Gelles, St. Lucia, To Me 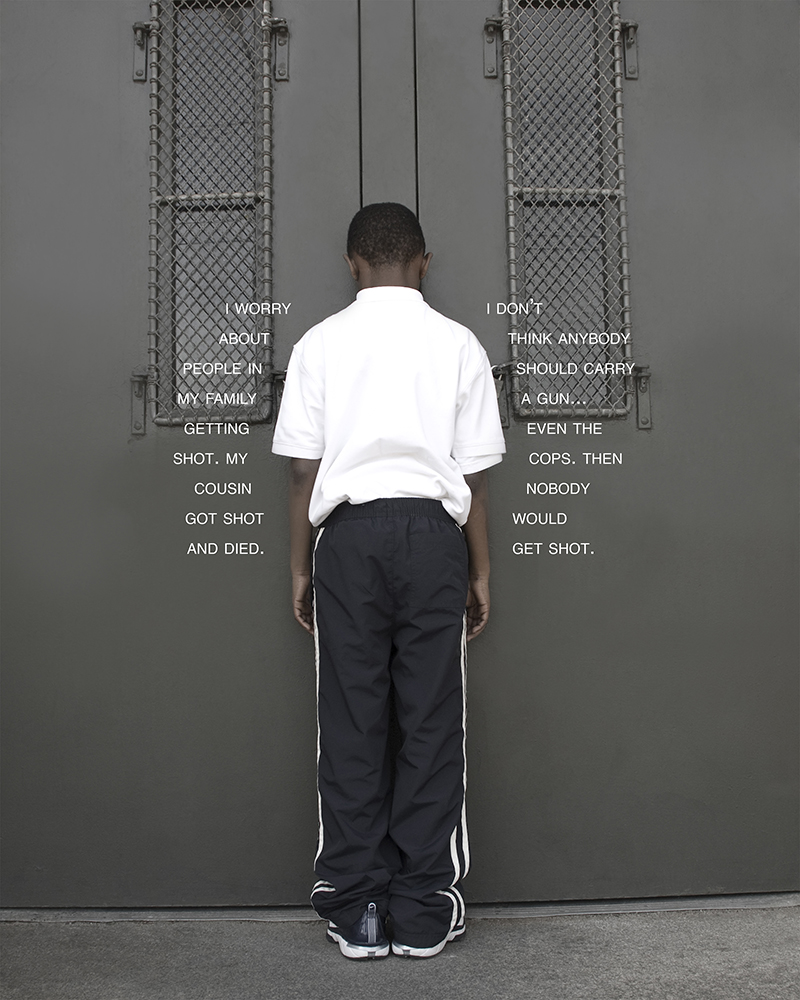 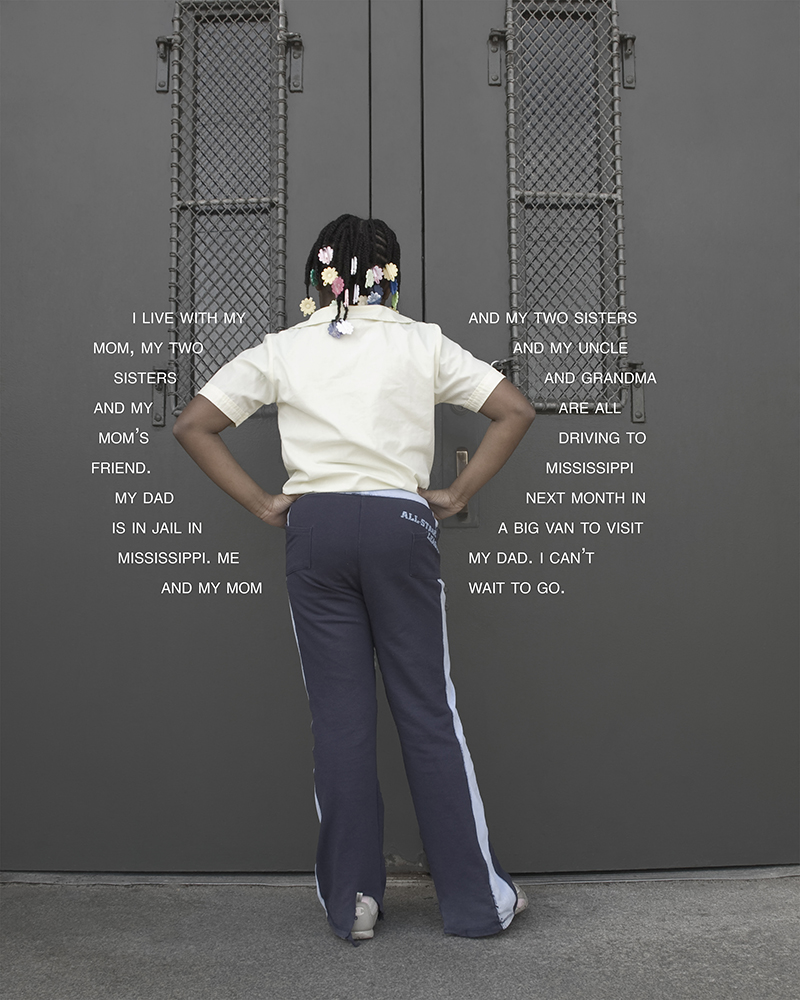