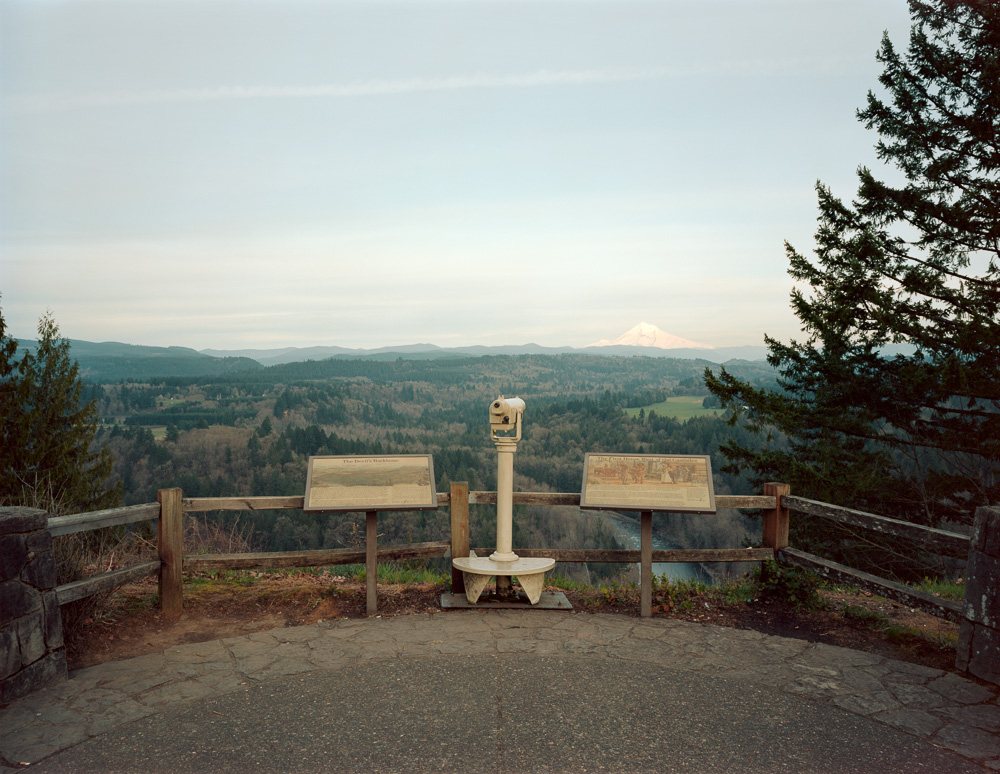 What draws us to certain locations to photograph the best scenic shots of a compelling landscape? Usually, it’s a sign pointing the way or a collection of cars marking the spot, but who determined these vistas? Why do we feel compelled to photograph the same terrain as everyone else?  David Kressler examines that thinking with his project, Viewpoint. David has created a series of photographs that looks at the placement of scenic overlooks but also steps into the vista, allowing us to look back at the “ideal” vantage point. This questioning of defined space makes us consider new ways of looking.

Currently, his project Interface, is on view in the Pacific Northwest Photography Viewing Drawers, at Blue Sky Gallery in Portland through March 2017.

David Kressler (b.1968) was born in Silver Spring, Maryland and he received a BFA in photography from MICA (Maryland Institute College of Art) in 1990. He lived and worked in New York City for fifteen years and relocated to Portland, Oregon in 2014.

His work has been published in The New York Times Magazine, Washington Post Magazine, and Dwell. His photographs have been included in recent exhibitions at Blue Sky, The Oregon Center for the Photographic Arts (Unnatural Terrain) and The Center for Fine Art Photography in Ft. Collins, CO, (Illuminate curated by Elizabeth Avedon, Faux curated by Louise Clements, and Transitional Landscapes curated by Natasha Egan). His work was also selected by Rebecca Robertson of ARTnews and James Estrin of The New York Times for a feature on L’Oeil de la Photographie.

He is currently working on several projects including Viewpoint, an examination of scenic observation points; Oasis, a look at commercialized highway rest stops, and Coal River, a study of areas affected by mountaintop removal in West Virginia. 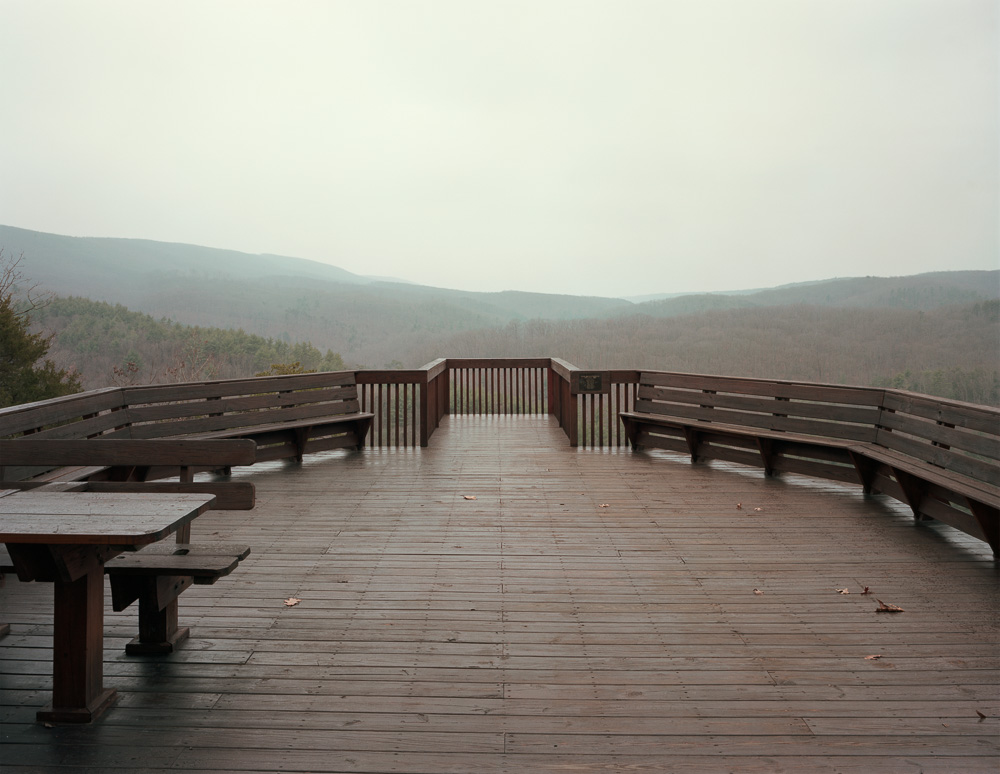 “It is not down in any map; true places never are.”
-Herman Melville

I have always been intrigued by the markers that read “viewpoint” and “scenic overlook” that I see when driving on the highway and what these types of places might impart. A typical arrangement: one first finds a parking lot, a map, and then a path to follow, leading to a clearing, and finally to a place to stand. One hopes to find a stunning vista, a connection to history and place. A life-size diorama of an ideal geography. However, just as often, there is uncertainty. Something missed. A landscape with suggested significance and yet it’s like a stage set, whose performance has yet to happen, or already has. Who chooses these prescribed points of view? How and why are they chosen? These choices are somewhat analogous to how a photographer decides what to include and exclude in a photograph. Is the viewpoint a narrative or a fact? 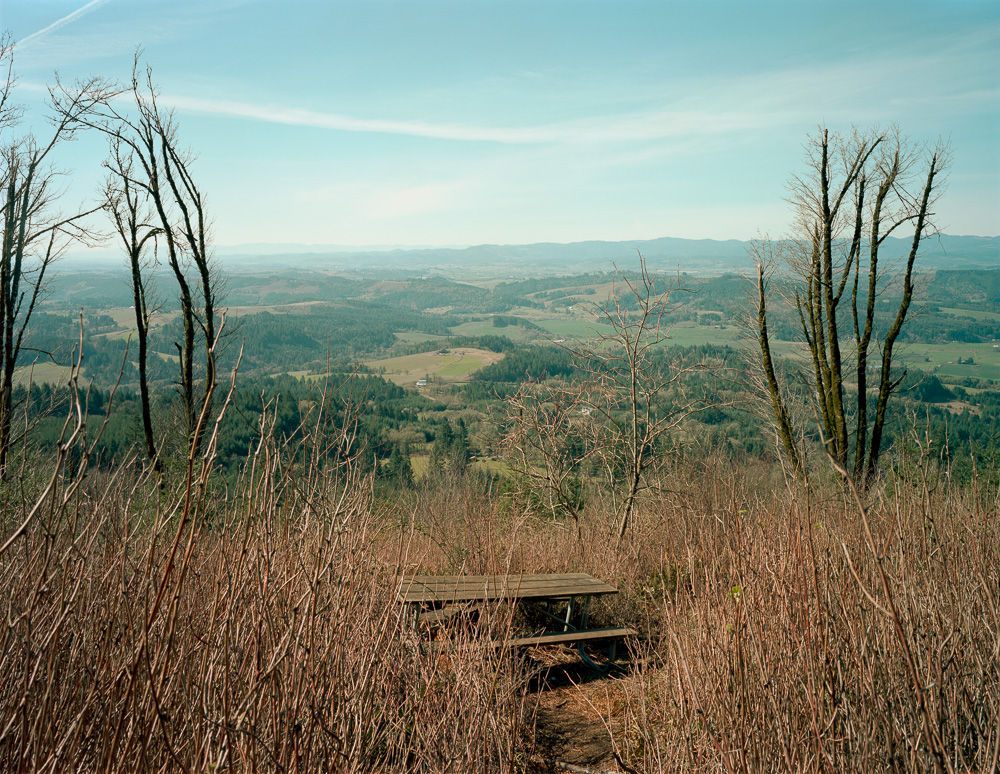 Is there room for the individual to find their own viewpoints? Does a communal viewpoint help or hinder a personal experience and one’s ability to find meaning? The significance of such experiences have lost their meaning in a world where the value of the natural world seems to be in question and at war. Is it just a tradition that is followed through rote, like going to church out of habit after you’ve lost your faith? At once, these viewpoints seem a cliche of a not-yet-extinct shared visual language. A visual dead metaphor. 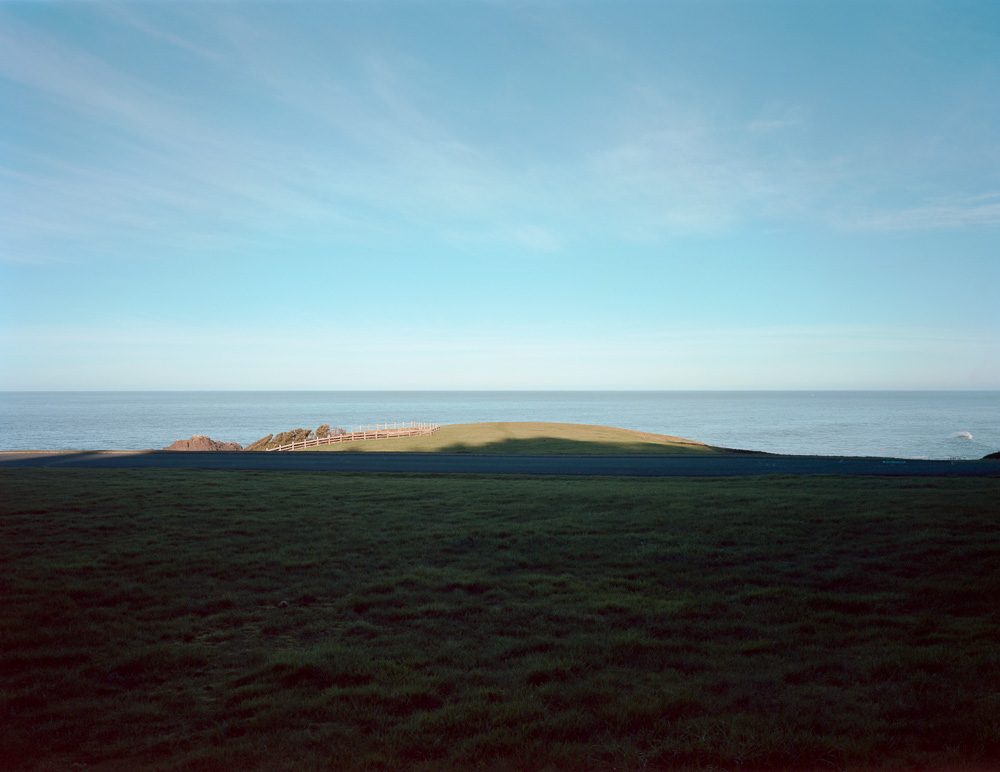 I began photographing viewpoints to try and understand and make sense of them. To study the customs, to step back and see the entire structure. As I did, I increasingly became aware of the other side. The subject of the viewpoint. I wanted to go to the other side, the “wrong” side. To be outside the system. To enter the view. In many cases, it’s not possible as a human with your feet on the ground to move into the scene. An invisible wall suggests you keep out. Maybe a railing stands in the way, or a chasm. But as I was able, I did, and I looked back. The observed looking back at the observer as it were. Maybe this desire came from a longing as a photographer to not just be an observer but to be a participant, looking to find something greater in meaning, than even the hopes of a viewpoint. 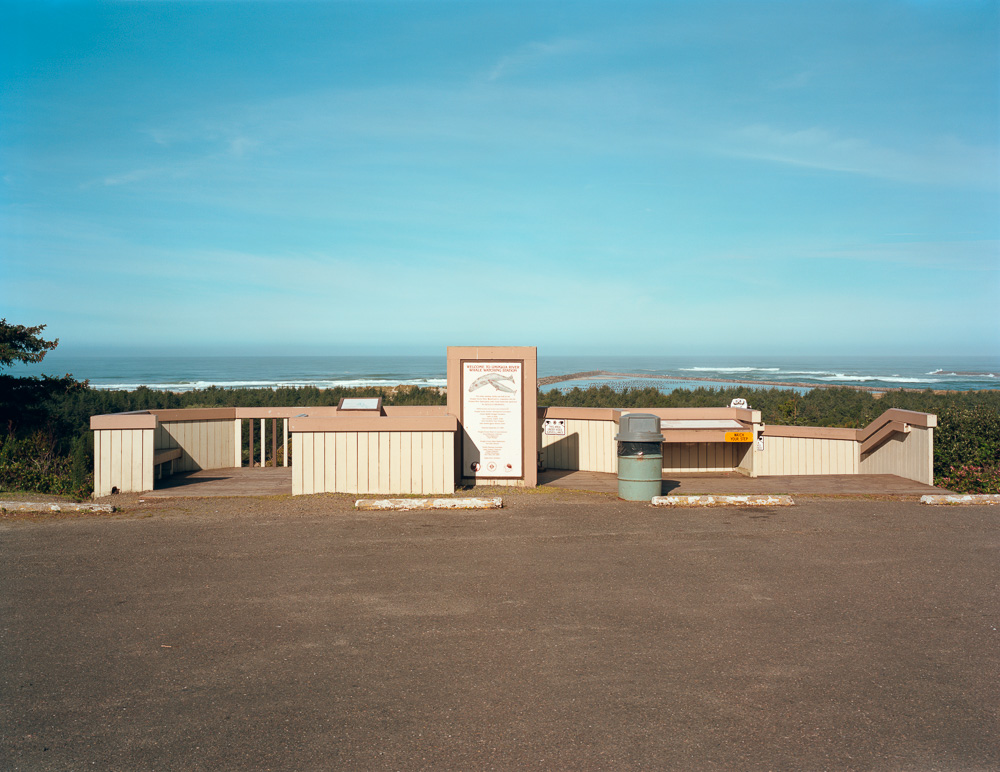 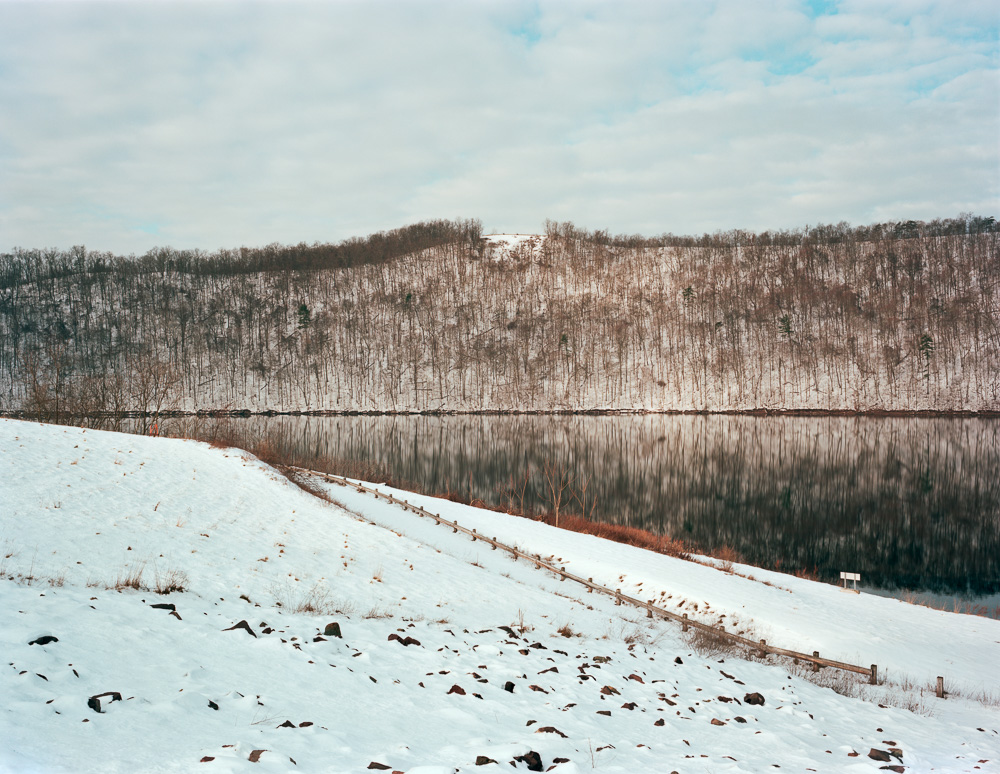 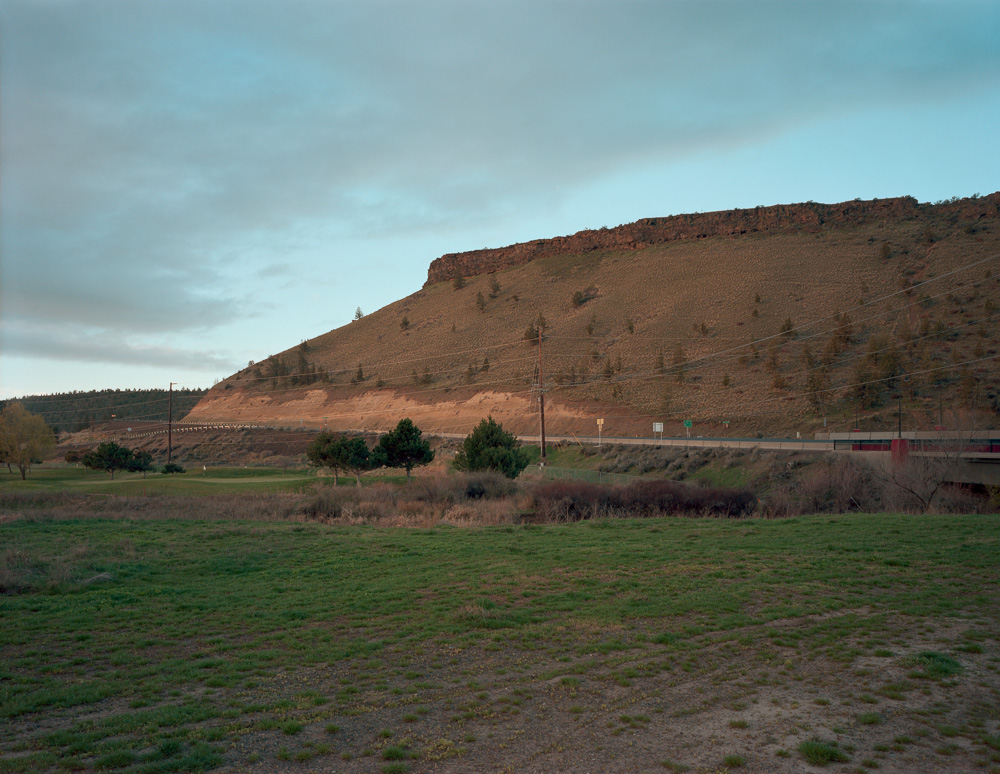 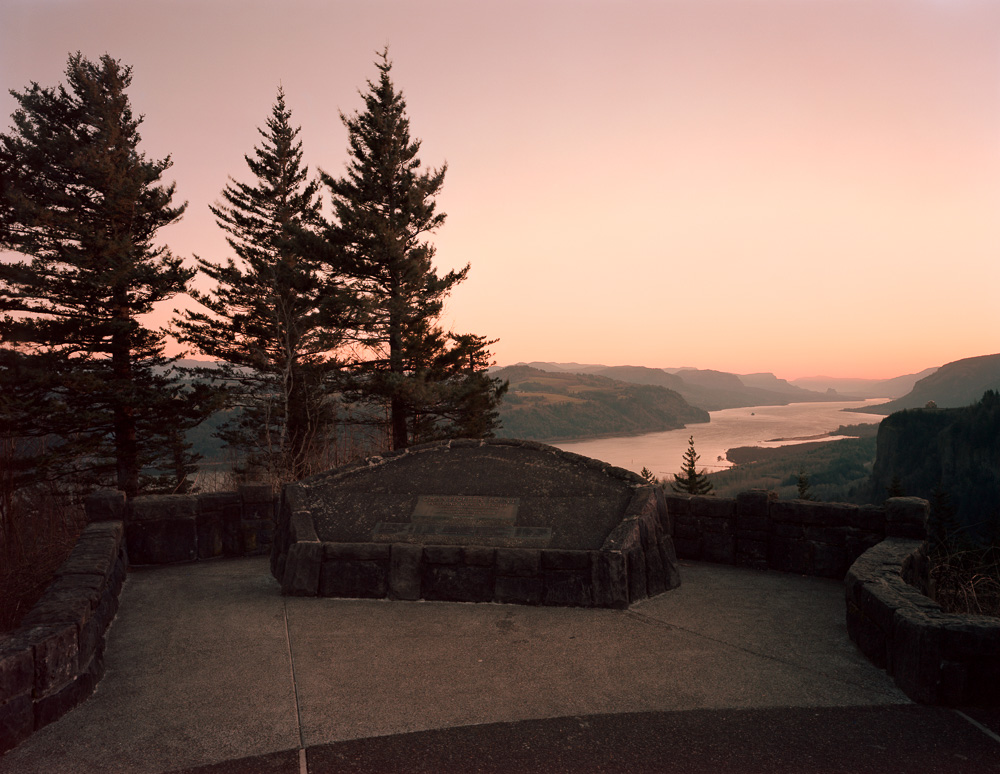 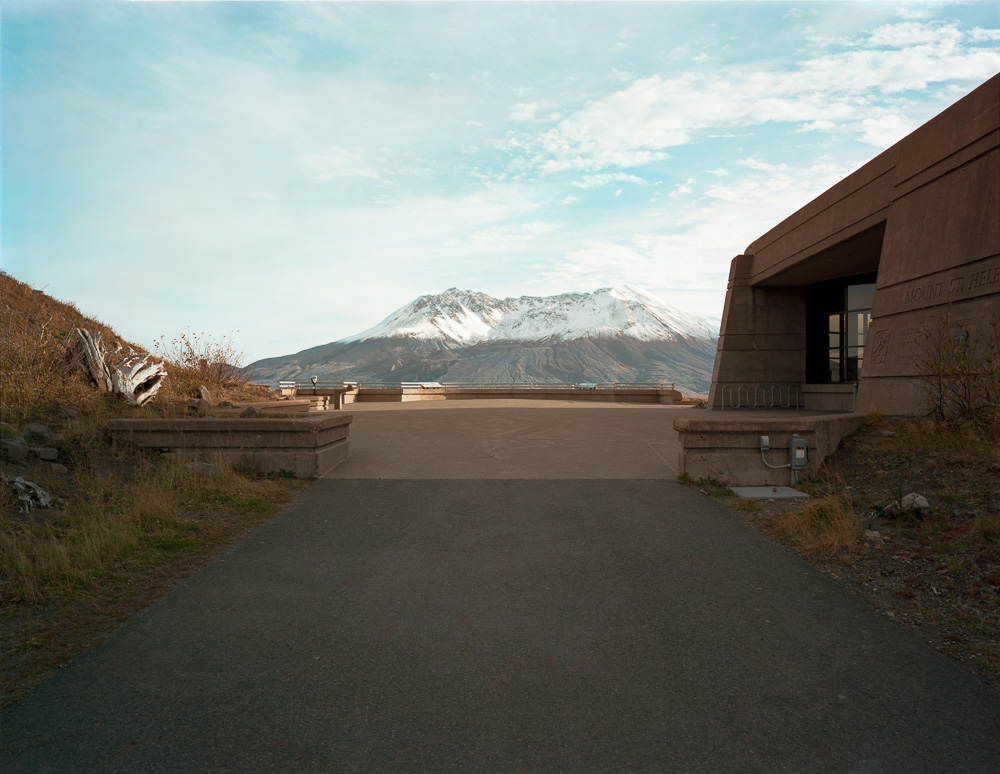 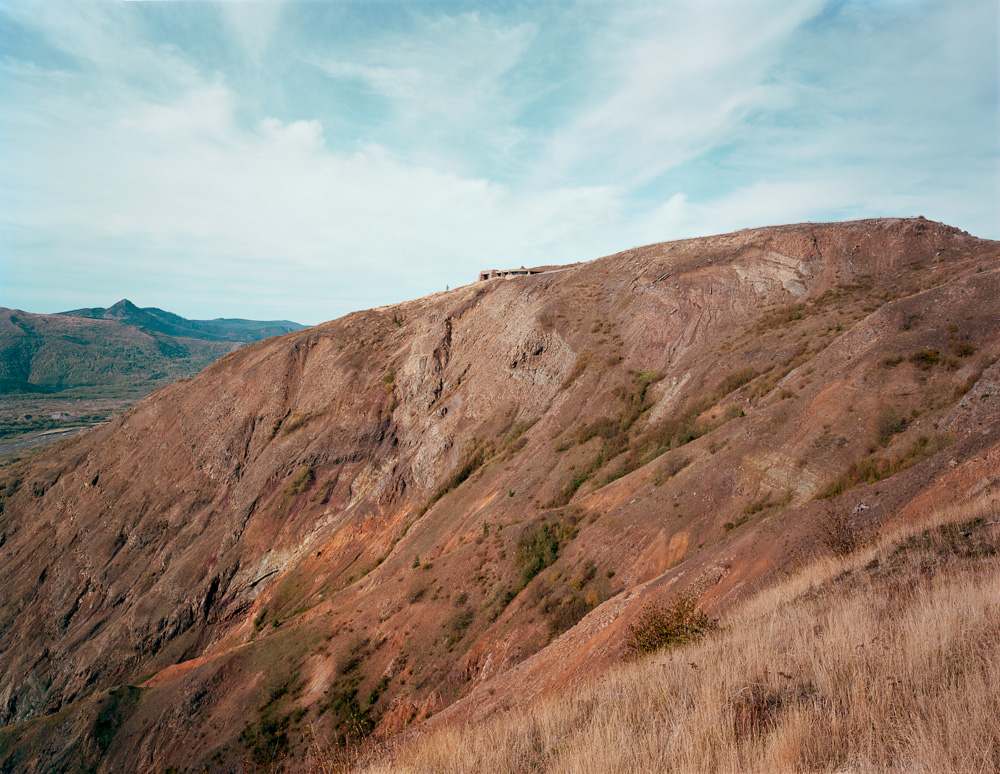 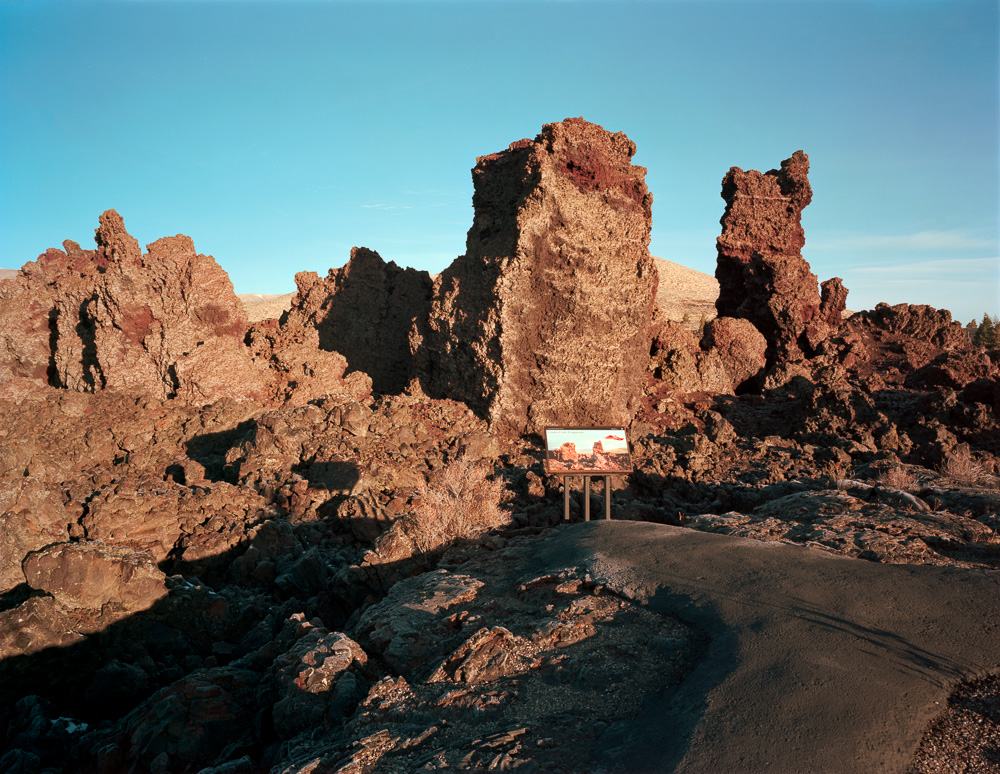 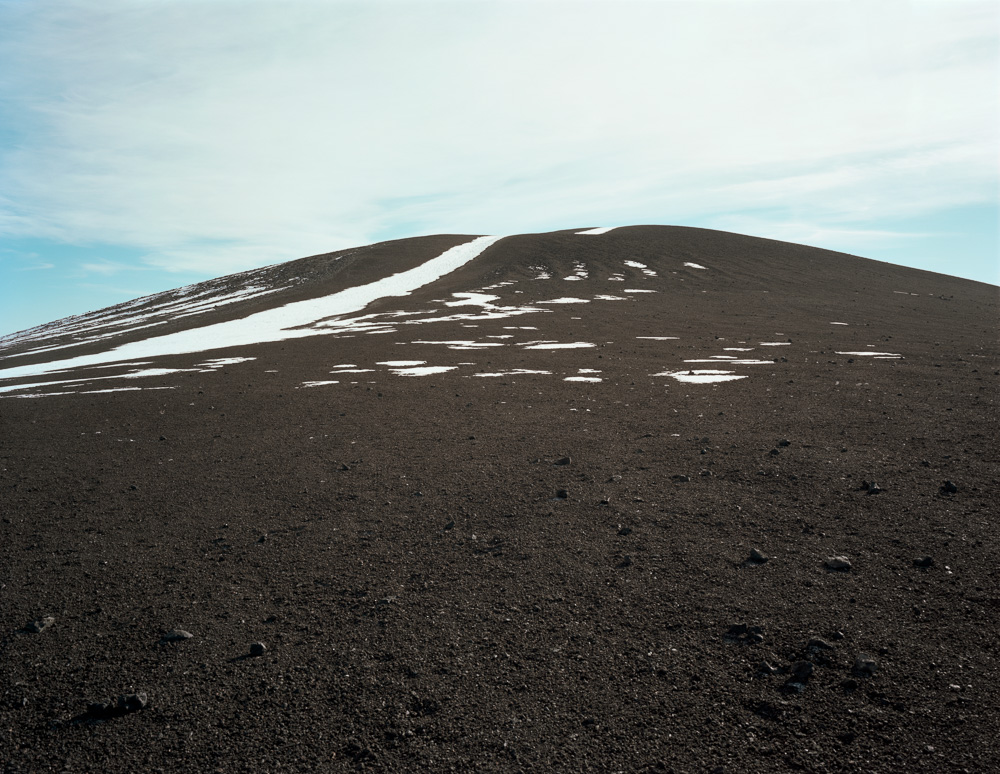 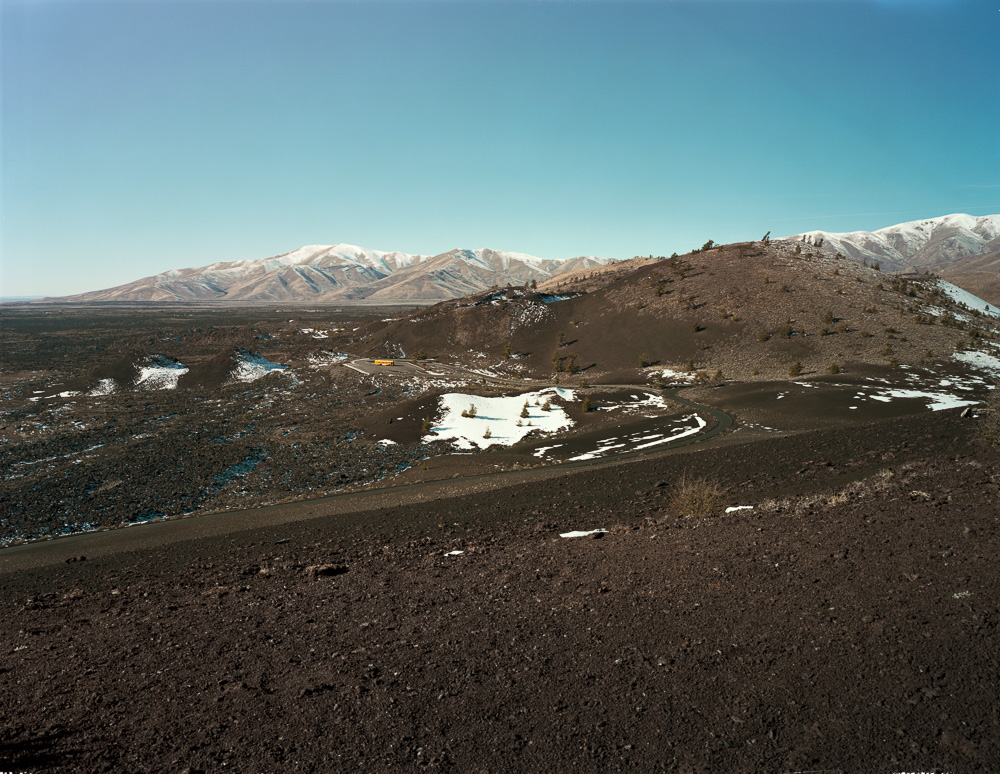 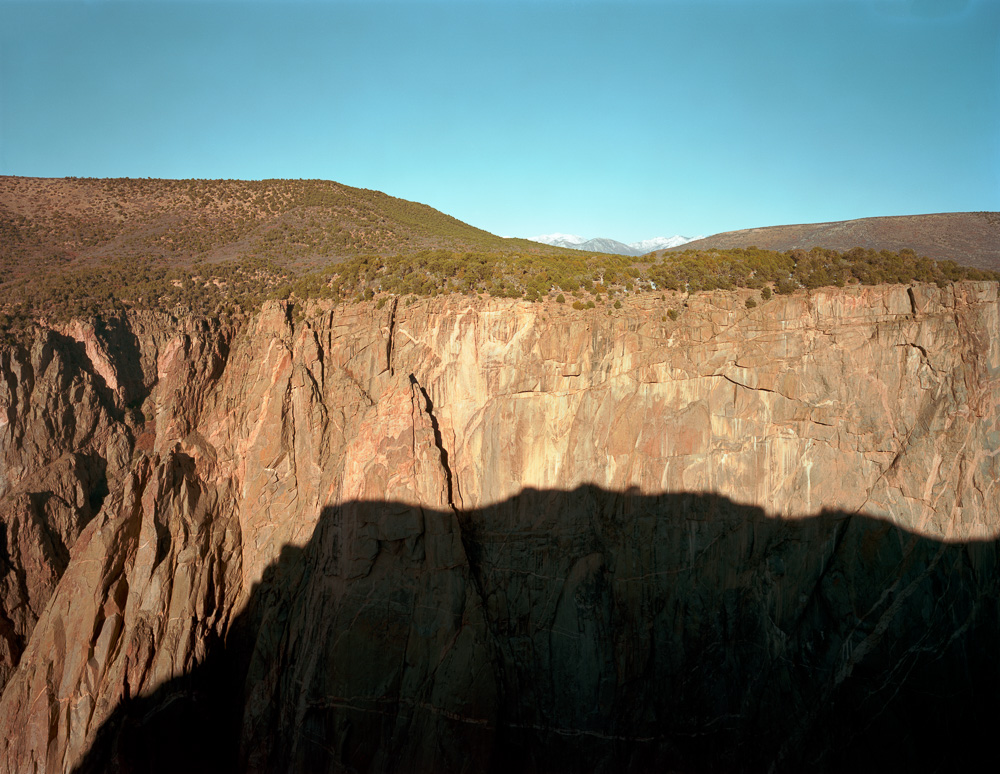 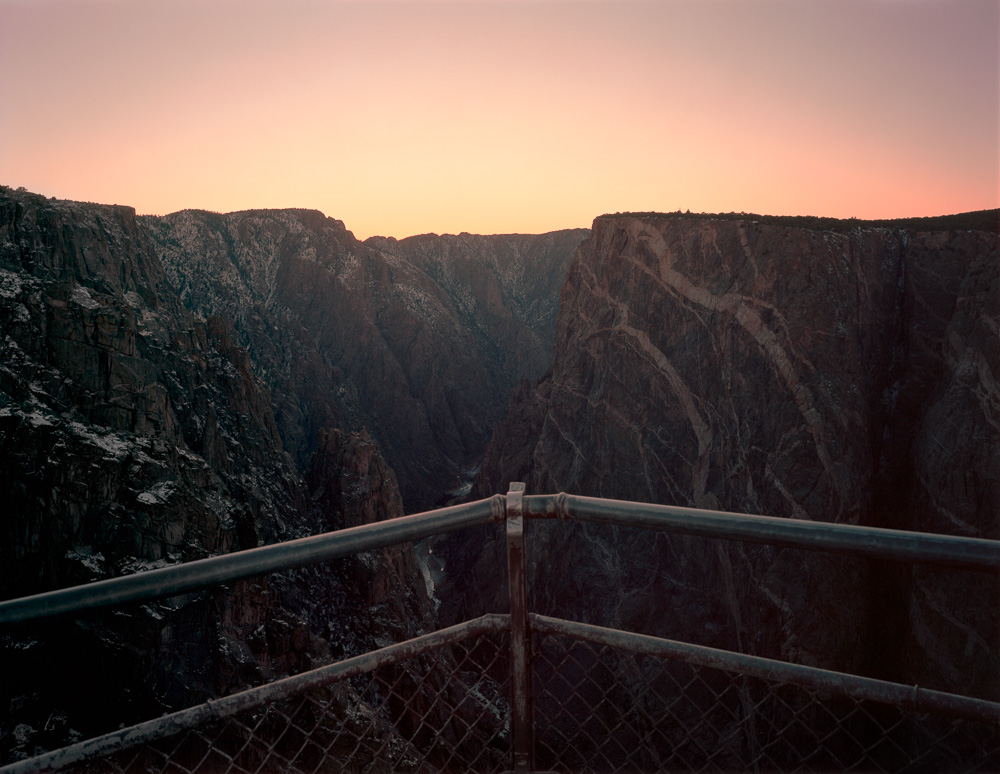