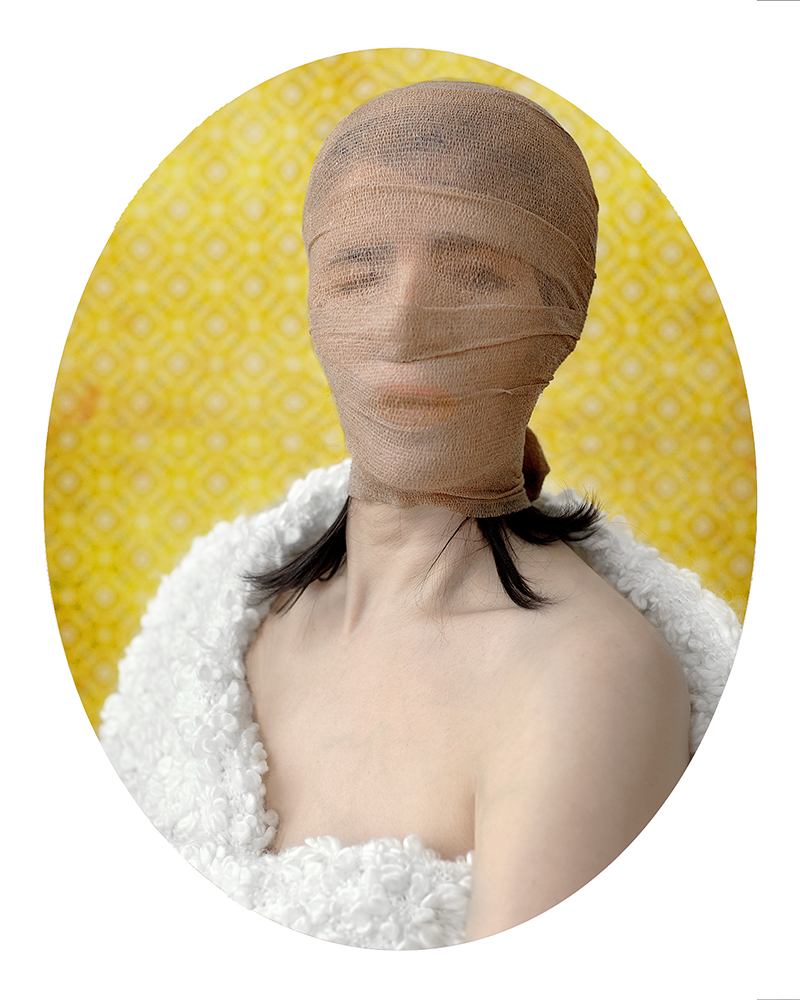 ©Rocio De Alba, On the Mend

Photography saved my life. Every time I go through something scary…I survive by taking pictures.
-Nan Goldin 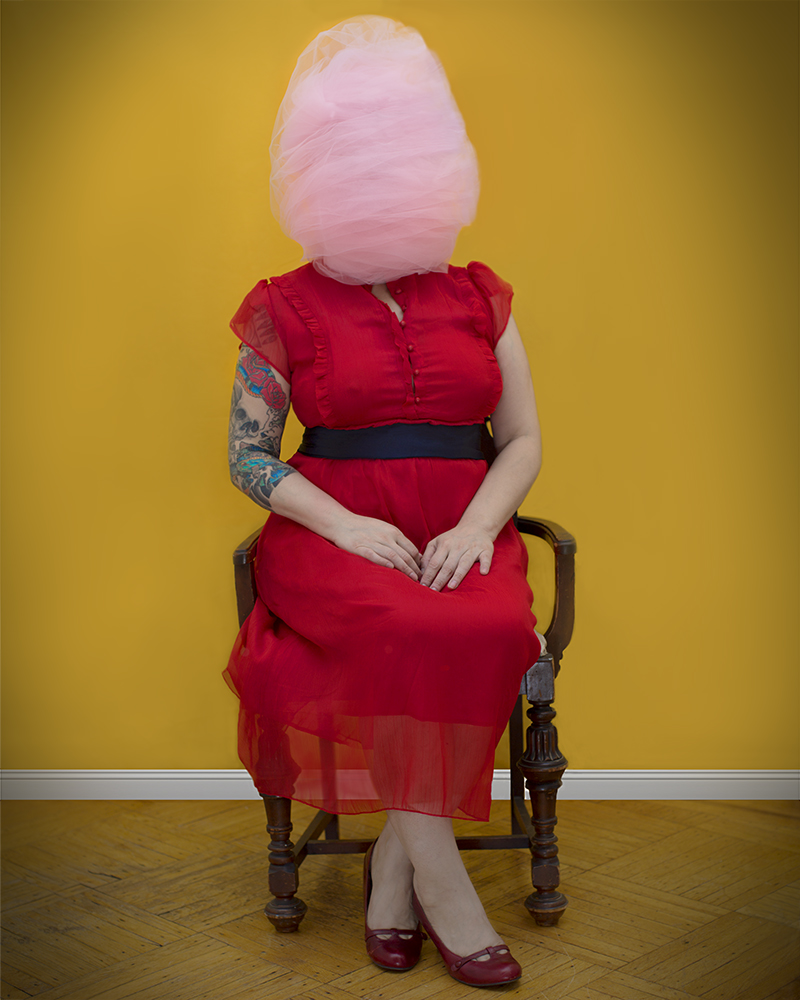 I met Rocio de Alba several years ago, but had the chance to spend meaningful time with her at the Center of Fine Art Photography’s Photo Camp this past September. Participants had several days of sharing projects and intentions and time to make work as a group. Rocio kept to herself one afternoon, working on a costume and a concept she could present to the group. The result was an amazing sharing of self that spoke her as a person and allowed me to understand her more as an artist.  Much of Rocio’s work is an examination of her life, and today’s featured series, Girl Anachronism, reflects self-portraits that consider her mortality and seek to bring voice to her psychosomatic episodes that have followed her since childhood.

Rocio’s book Miracle Baby is currently on display at the Phoenix Art Museum, after being selected by the INFOCUS Photo Exhibition of Self Published Photobooks. It’s a powerful and personal documentation of acceptance and love. 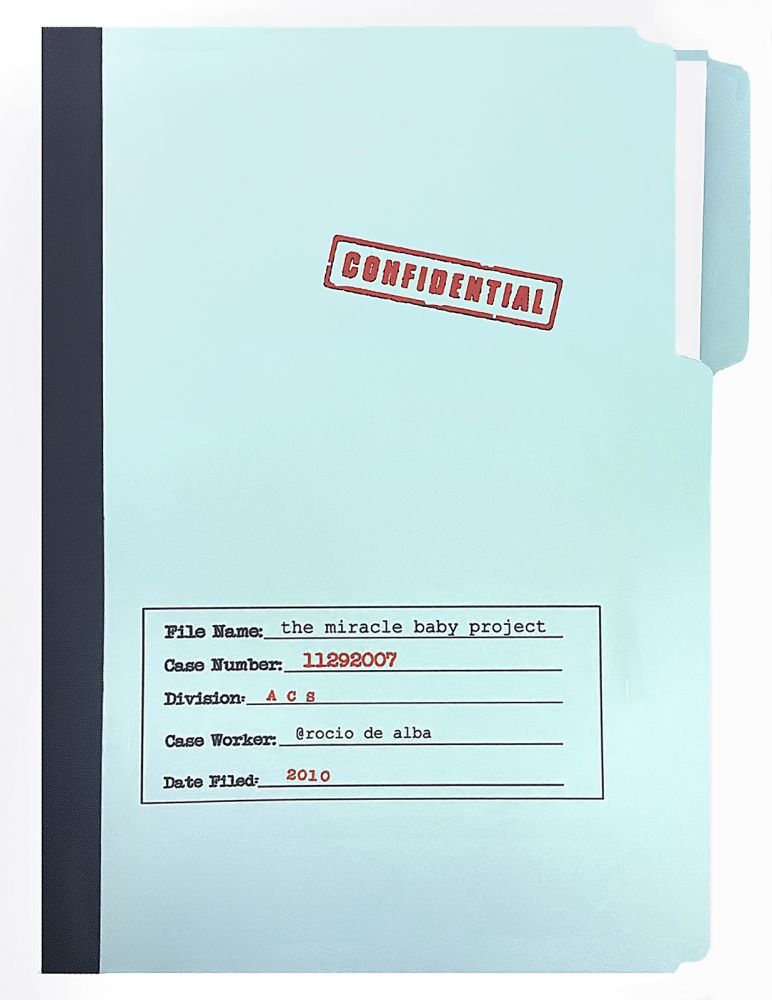 Rocio de Alba is a multimedia photographer based in Queens, New York. She received a BFA from The School of Visual Arts and has completed various intensive curricula with renowned instructors to expand her artistic vision. Rocio’s images have been featured on CNN Photo, New York Magazine, L’Oeil de la Photographie, and Artist Portfolio Magazine. She was invited to participate in the highly competitive New York Times Yearly Portfolio Review in 2015 and received several honorable mentions from the International Photography Awards (IPA) in 2015. In addition, Rocio was nominated as one of the 100 selective photographers to attend The Center’s Review Santa Fe in November 2016. Rocio’s group exhibitions include The Soho Photo Gallery, Flowers Gallery, The Center For Fine Art Photography in Colorado, and The Vermont Center for Photography. Her handmade book dummy documenting her son entitled “Miracle Baby” was the focus of a panel discussion and exhibition at the Elder Museum in Nebraska and earned a finalist position along with an exhibition in the Festival Documental in Barcelona. Most recently Rocio was nominated, by Executive Director Paula Tognarelli of the Griffin Museum of Photography, as one of four artists to hold a solo exhibition scheduled to take place in 2017. 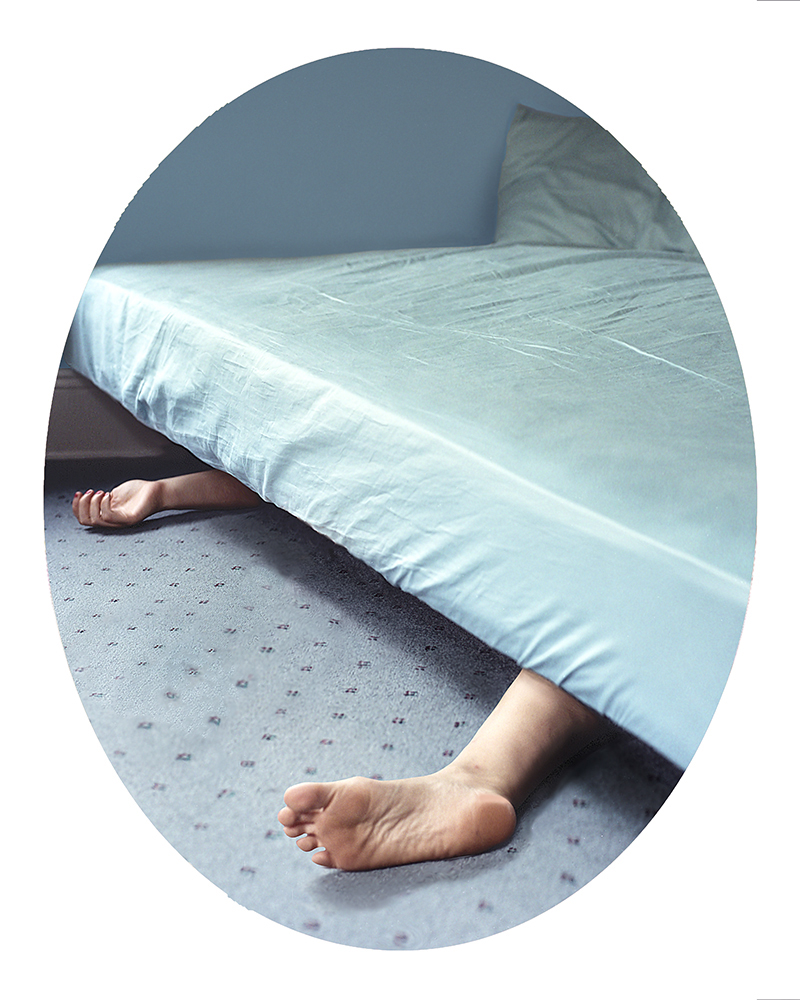 Experts say by the time we are three years old, hippocampus, a portion of the brain that stores memories, has adequately matured to record our first palpable experiences. Coincidentally, that is the age I learned about death. This provoked the initial stages of a series of panic and anxiety attacks that would haunt me through adulthood. I became suicidal, unreasonably needy, and perpetually perceived catastrophic fates. By fourteen, I discovered a powerful remedy that relieved all distress: alcohol! I self-medicated for years before finding sobriety, therapy, and a healthy lifestyle that demanded I deal with the underlining cause of my psychological malady –my fear of dying. 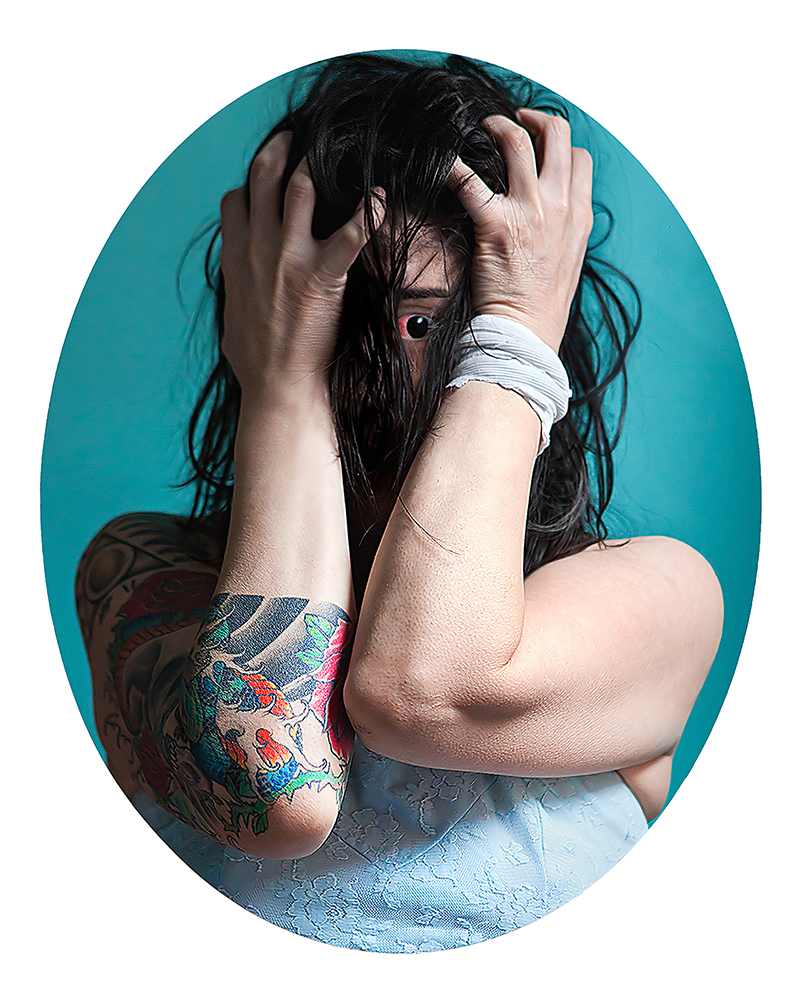 I began this theatrical series of self-portraits to deconstruct the agonizing physical and psychosomatic episodes I endure. I utilize certain digital practices, props, and hand-built installations to place myself in absurd realms manifested directly from the stream of irrational hallucinations that grew out of the attacks. And even though my prognosis is promising, I continue to produce abstract fantasy tableaux of neurosis and emotions of angst, as they enlighten my comprehension of this disease and produce a cathartic therapeutic neurological relief. 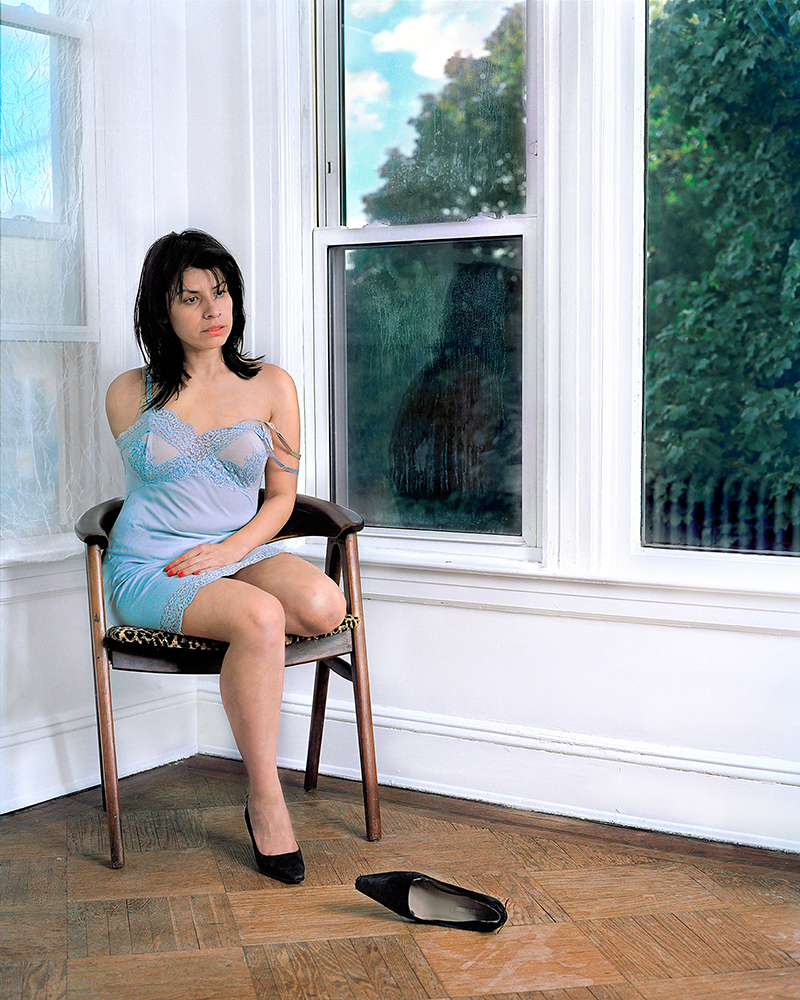 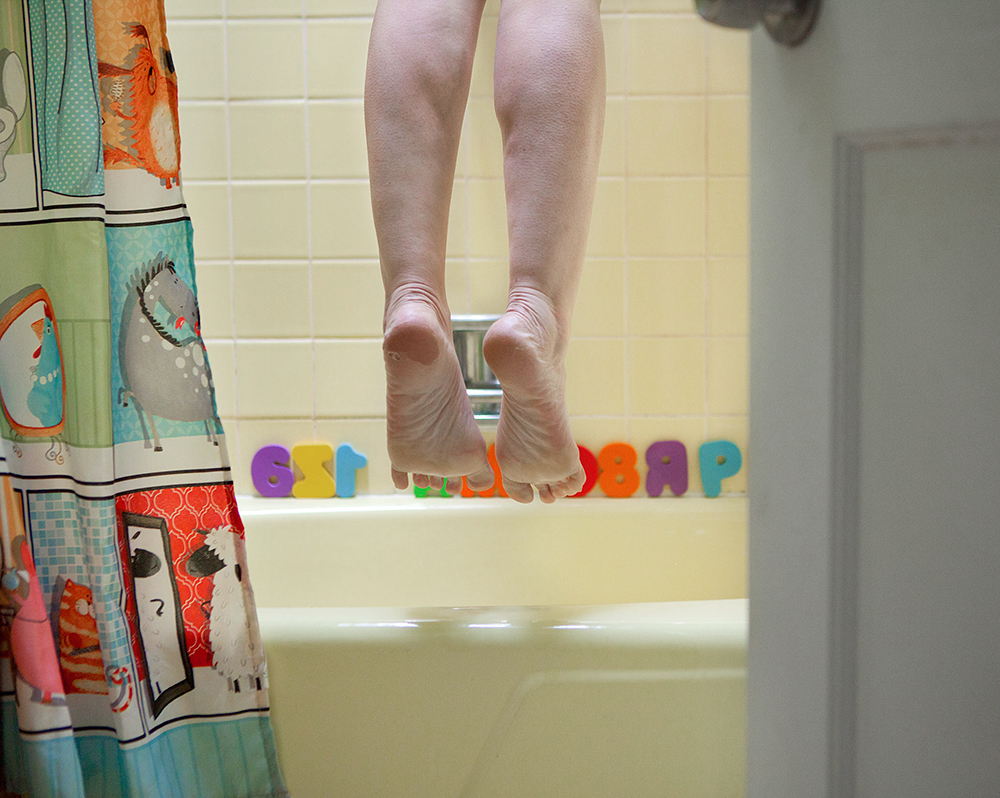 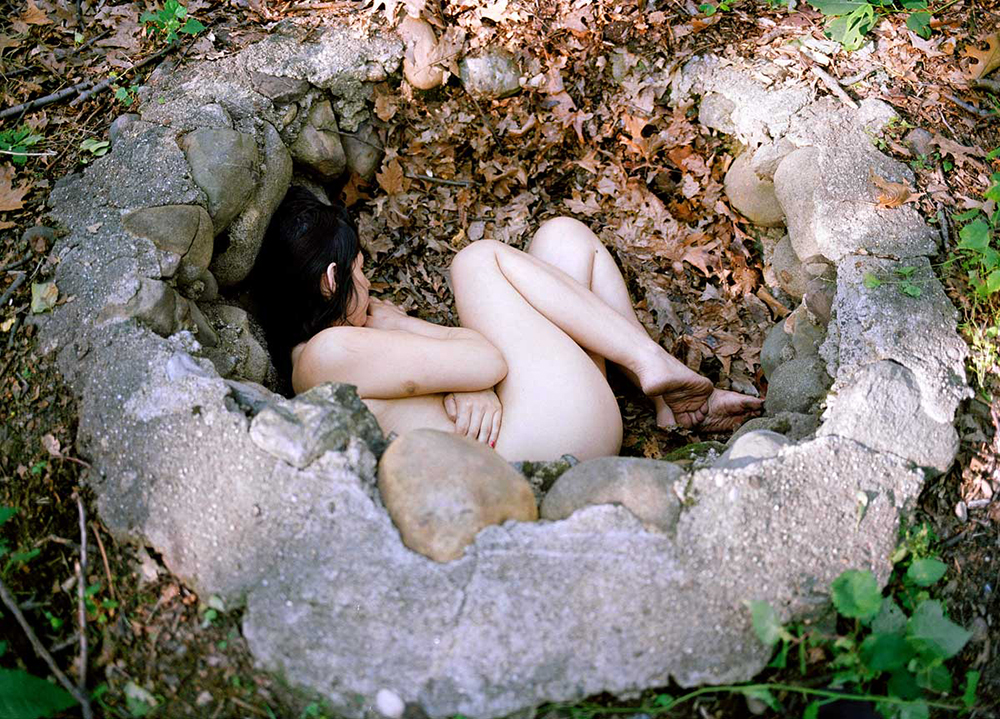 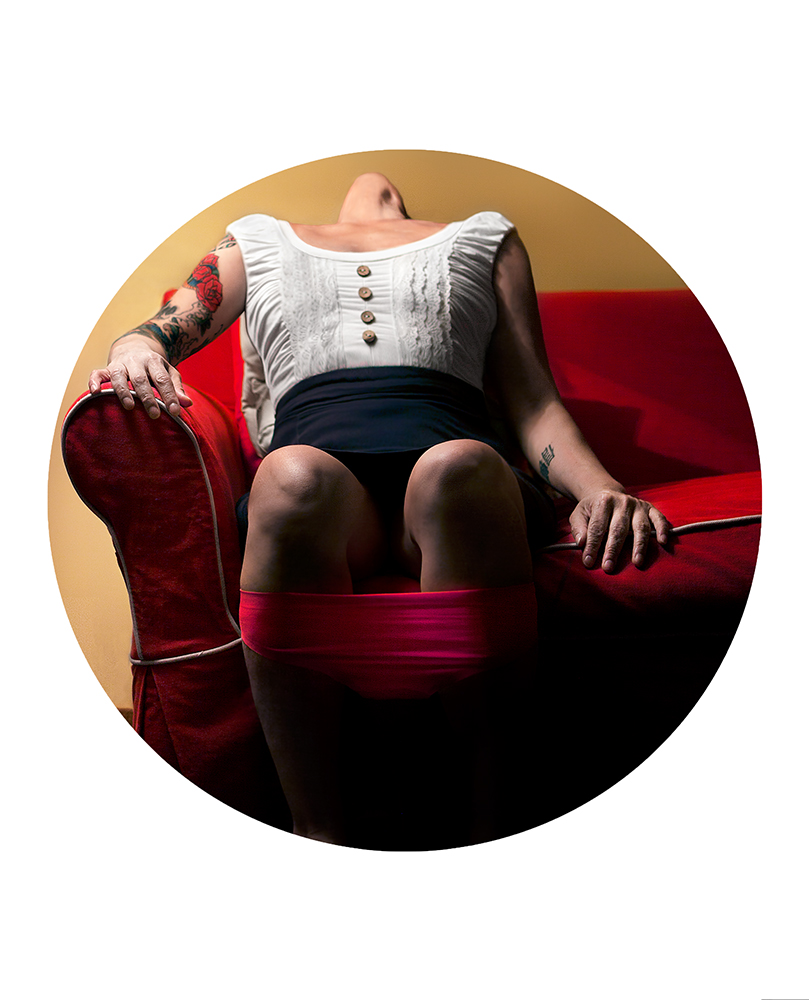 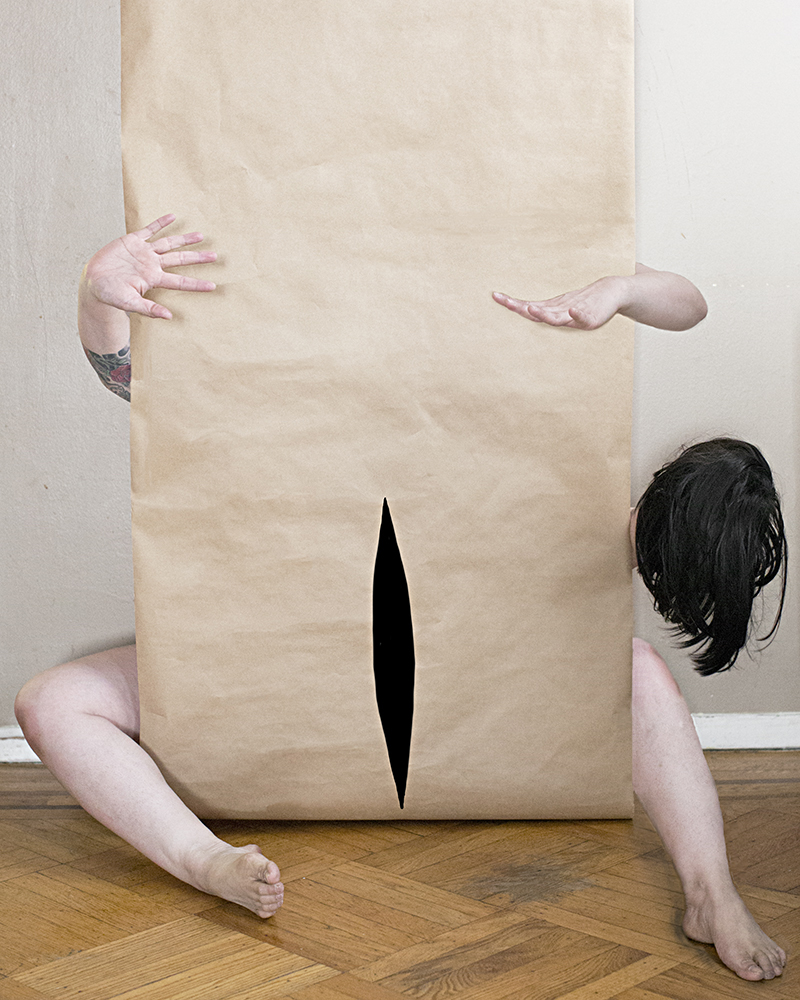 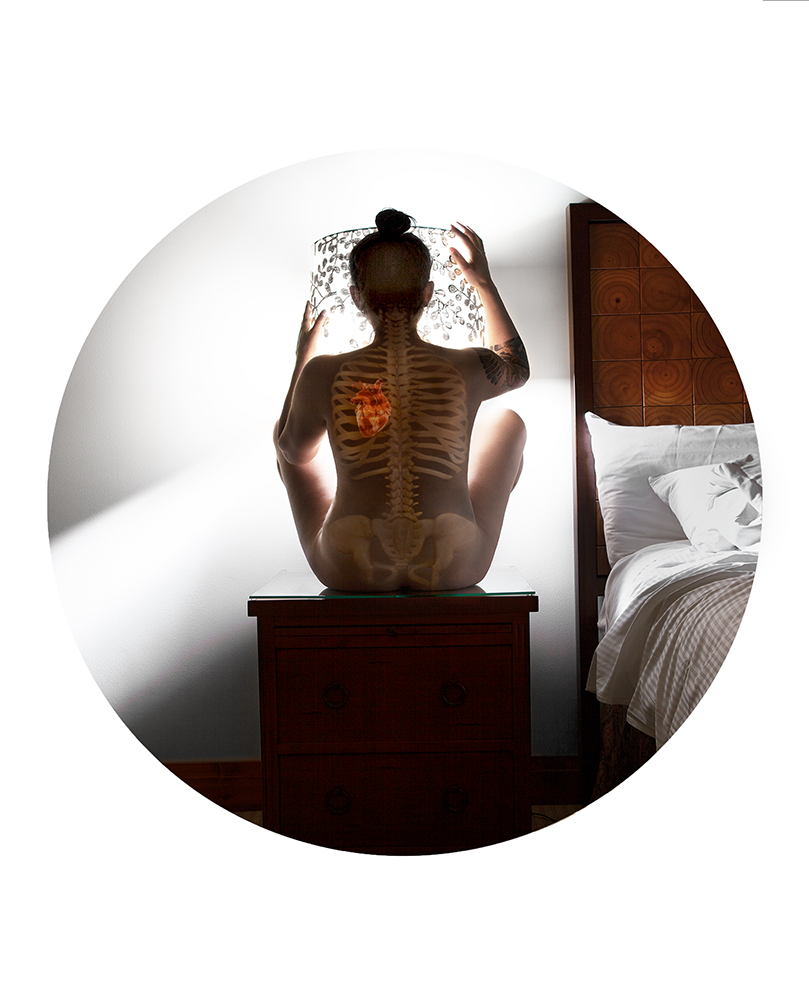 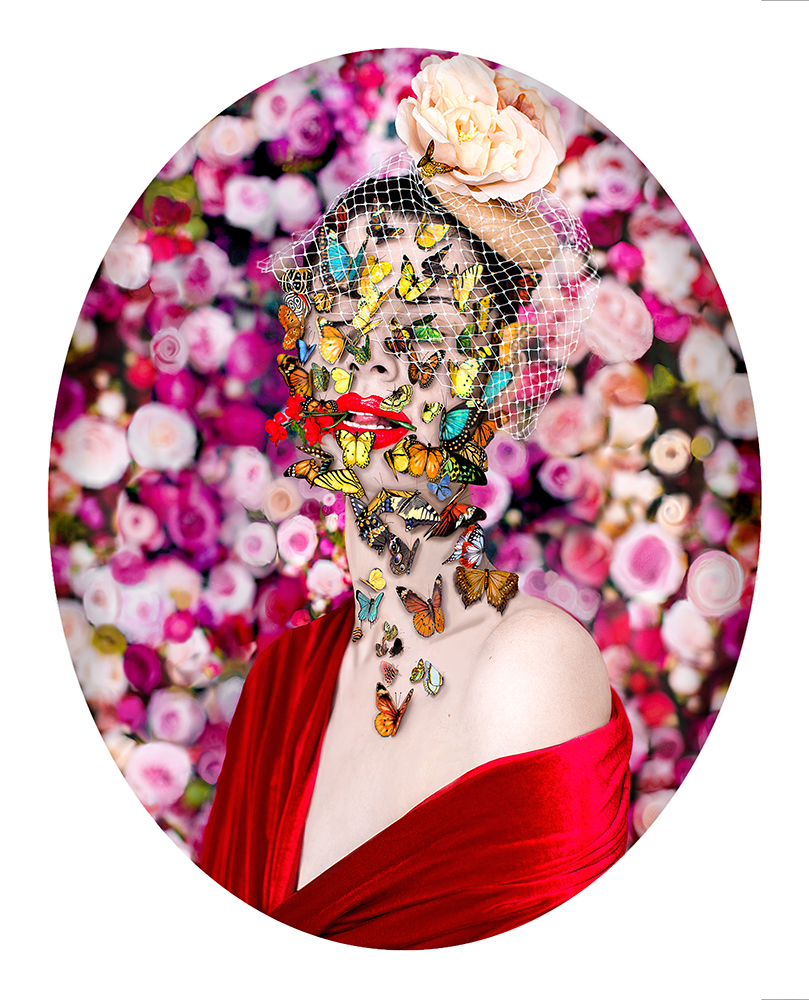 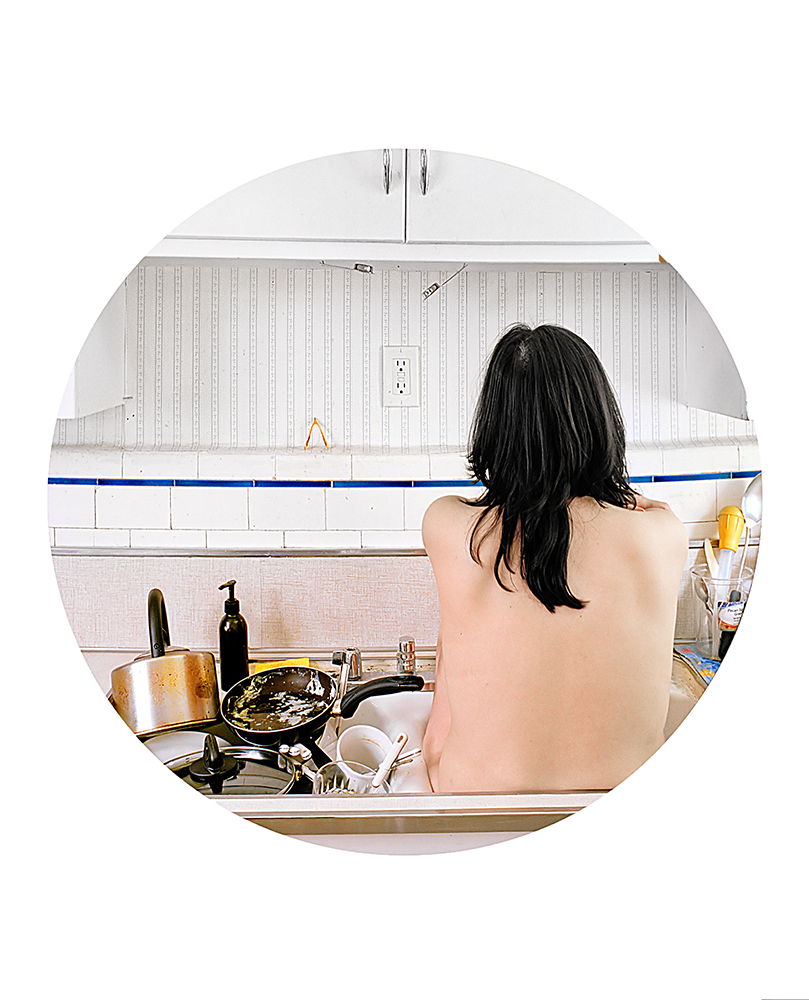 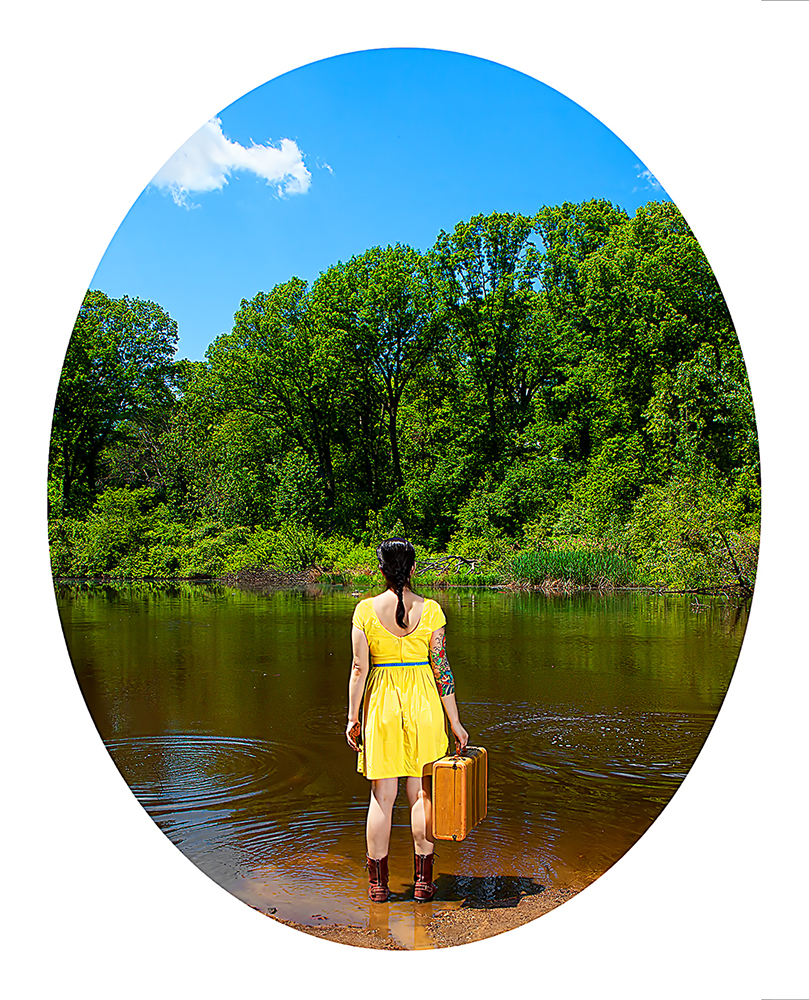 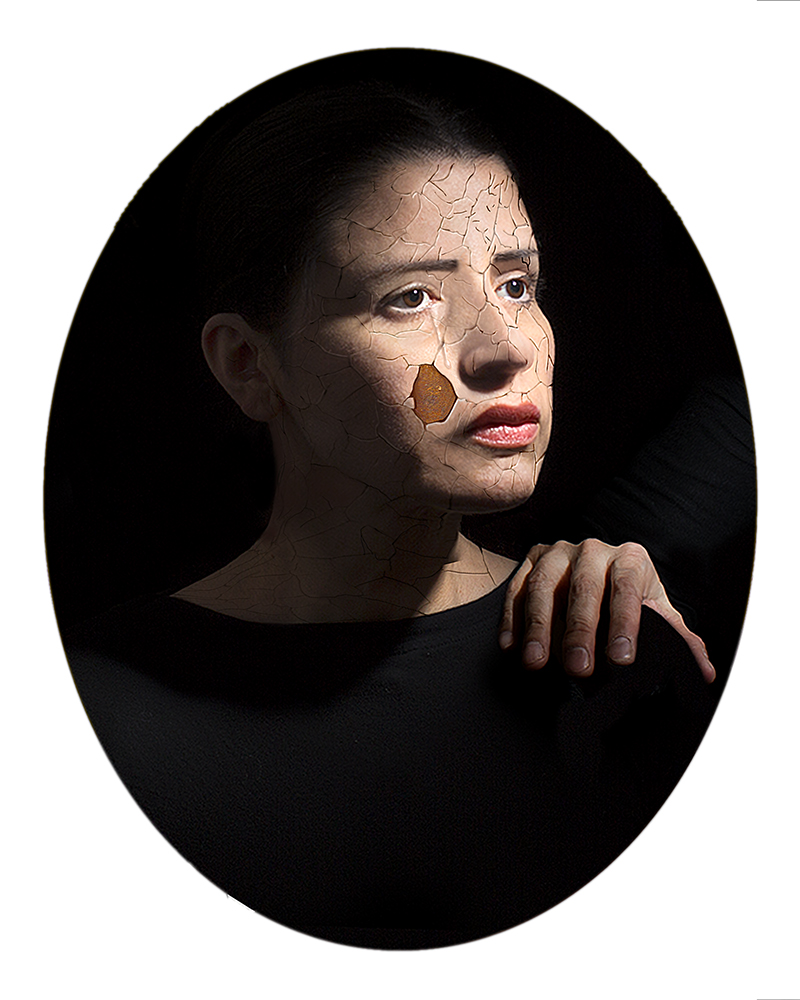 ©Rocio De Alba, There is a Crack in Everything 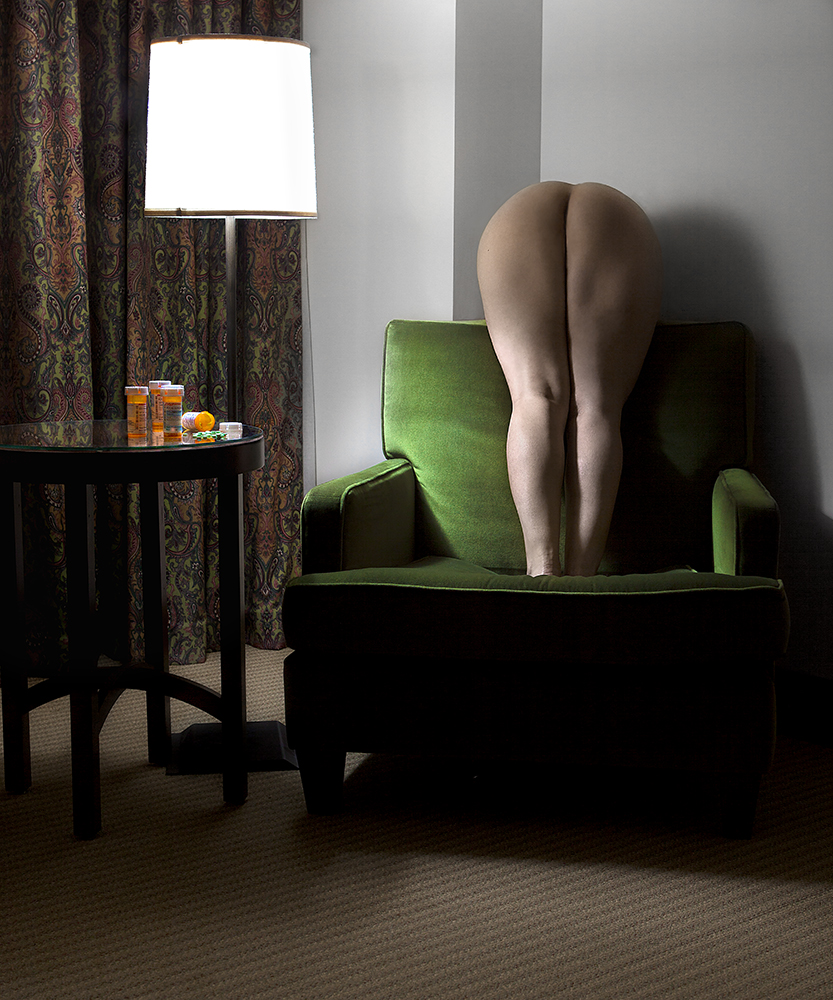