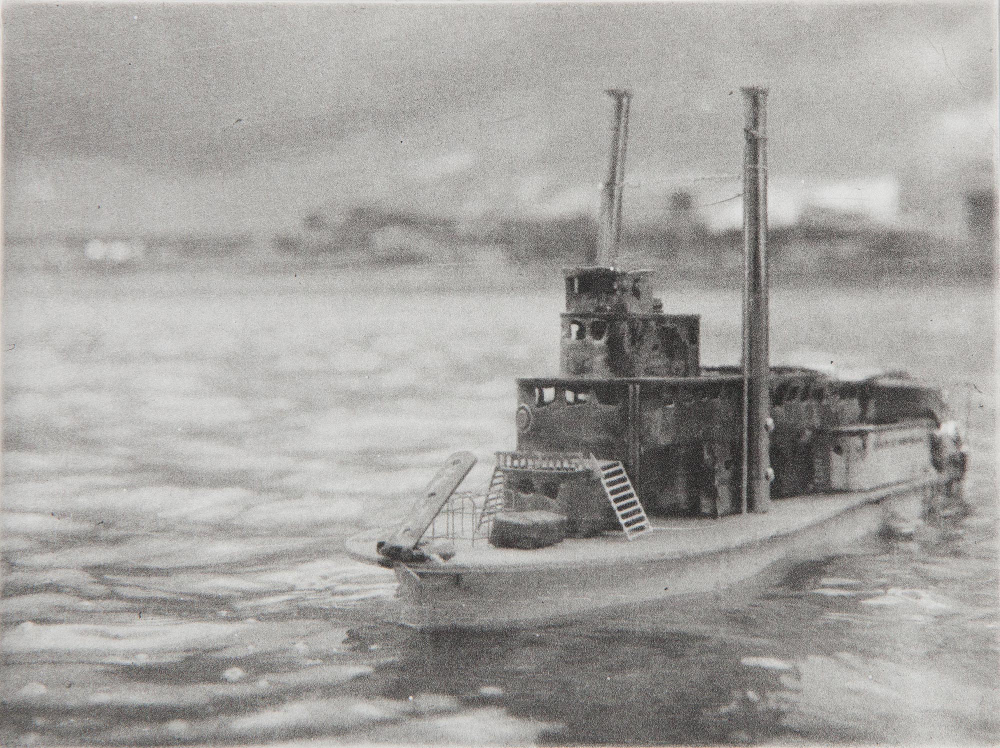 I have always loved the world reinterpreted in miniature and Lothar Osterburg not only creates small scale realities, he constructs photographs in a beautiful and poetic way, striping away color and printing with the photogravure process. All of his projects transport the viewer into other worlds, carefully crafted and considered. His process practice continues the dream-like quality allowing our imaginations to set sail. “Drawing inspiration from his dreams and memories, the artist constructs small-scale models in his studio of his scenes—which range from boats gliding on silvery waterways to spaceships in flight to the brownstones and subways of New York City—and photographs them, then uses those pictures to as the basis for the final intaglio prints.” Lothar’s work is currently included in Alien Nations at Lehman College open until May 6th 2017 and The Photo Show at the Lesley Heller Workspace in New York, running through May 7th, 2017. A solo show of his work is planned at the Esther Massry Gallery at the College of St. Rose in Albany, NY to open Oct 6th 2017 and at Lesley Heller Gallery for the spring 2018. 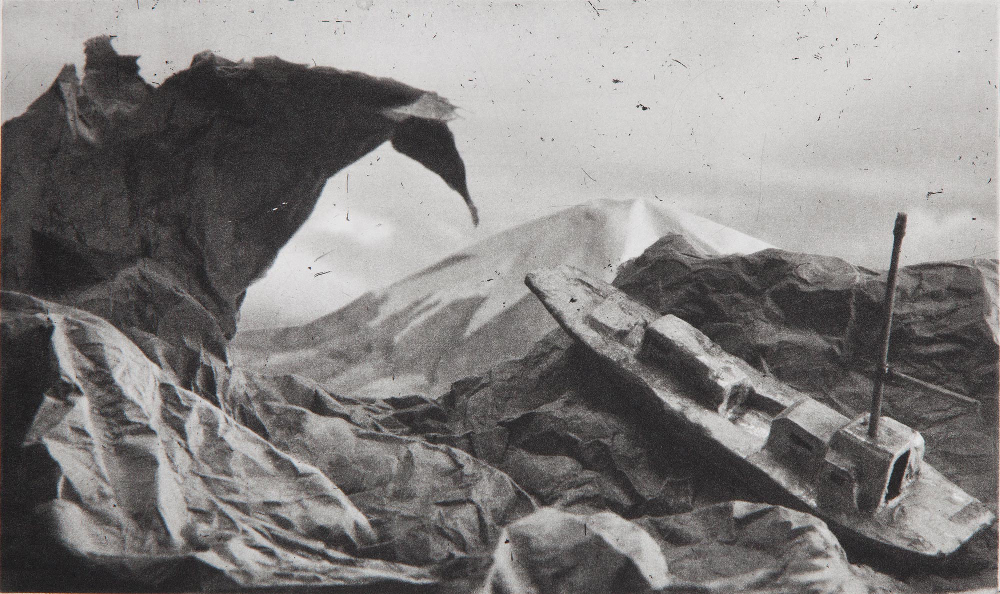 Lothar Osterburg is known as one of the foremost photogravure artists in the country who is also working on stop motion video collaborations with his wife, composer and performer Elizabeth Brown. A 2010 John Simon Guggenheim Memorial Fellowship recipient, the same year he also received an Academy Award in Art from the American Academy of Arts and Letters and a Bard College research grant, he has been awarded two New York Foundation for the Arts grants for printmaking in 2003 and 2009, a grant from the AEV Foundation in 2009 and residencies at MacDowell in 1996, 1997 and 2002, the Virginia Center for the Creative Arts in 1999 and a 2011 residency at the Liguria Studies Center of the Bogliasco Foundattion in Italy.

Exhibition highlights include major shows at ICPNA in Lima, Peru in 2010, the Fitchburg Art Museum, Fitchburg, MA in 2007, the Cantor Fitzgerald Gallery at Haverford College in 2002, the Zoller Gallery at Penn State University in 2003 as well as part of the 2013 100 year anniversary show at Grand Central Terminal “On Time”. His work has been shown in solo shows at Lesley Heller Workspace in 2009, 2011 and 2015, Moeller Fine Art in 2003, 2004 (New York) and 2011 (Berlin), as well as Wendy Cooper Gallery in Madison, WI, Lunday Fine Art in Houston, TX and many more.

He received a degree in printmaking and experimental film from the Art Academy (HbK) Braunschweig, Germany. After moving to the US in 1987 he worked in various print studios including as Master Printer at Crown Point Press in San Francisco. He started his own print studio specializing in photogravure in 1993, moving it to New York City in 1994. He has taught photogravure workshops across the country, from Anderson Ranch Arts Center, Maui’s Hui No’Eau Visual Arts Center, RISD, Mass Art or Tulane. Having taught at Columbia University and Cooper Union he has been on the faculty of Bard College for 17 years.

He is represented by the Lesley Heller Workspace. 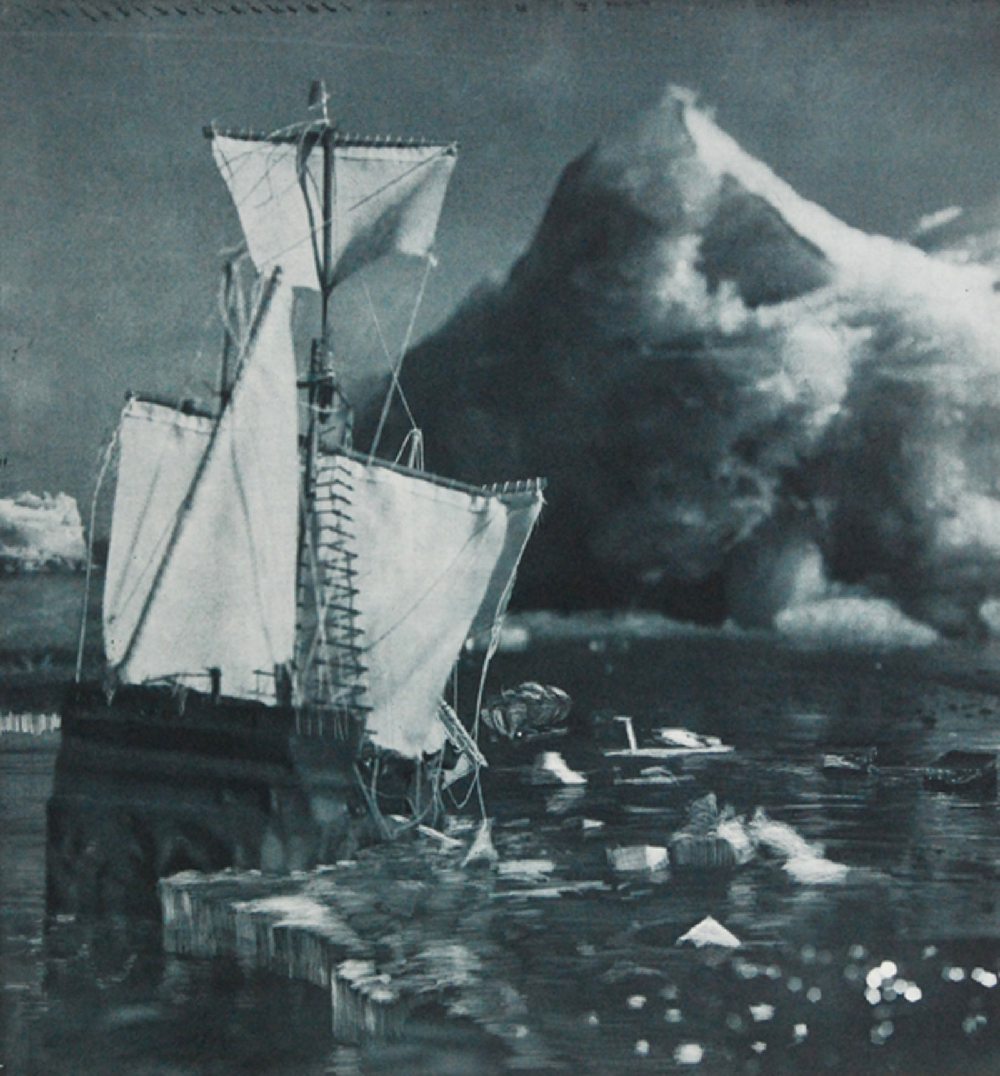 Lothar Osterburg makes photogravures of small, sculpted models of windmills, lighthouses, sailboats among others, staged in evocative settings. Built from memory of readily available materials, the models have a dreamlike quality which is enhanced by the placement of the camera within their world; the perspective is that of a person within the set, obscuring the actual size of the objects. The viewer, drawn into the scene, fills the gap created by the absence of people. The smallest models are photographed through a magnifying glass or with a macro lens. With this extremely short focal range, the scenes become ambiguous, mysterious, or even ominous while somehow retaining the playful quality typical of Osterburg’s hand. 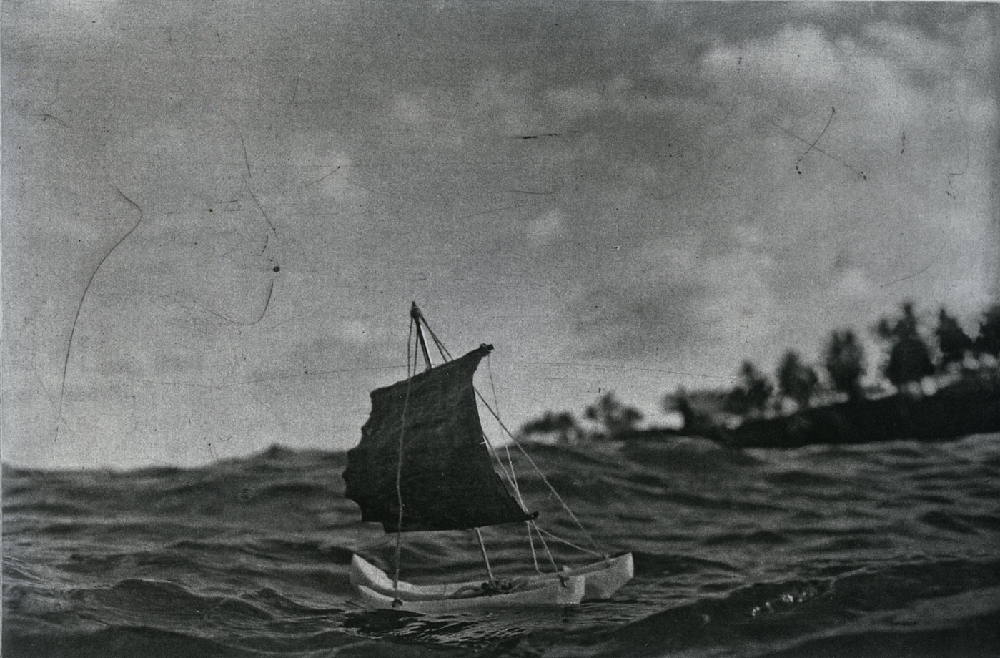 Whether in his studio, or against the rocky coast of Maine’s Mount Desert Island, or in a microcosm of frozen tire tracks at the MacDowell Colony, the staged settings enhance the textures of the artist’s eccentrically diverse materials, creating a tension between the representational and the realistic.

A downed mulberry tree from his Brooklyn backyard spawned an entire rough-hewn coastal village. Tall ships made of firewood, twigs and toilet paper, a translucent glycerin lighthouse on a potato island, recycled plumbing supplies, glass doorknobs, soap and a stormy sea made of peanut butter all appear in this delightful, buoyant world. 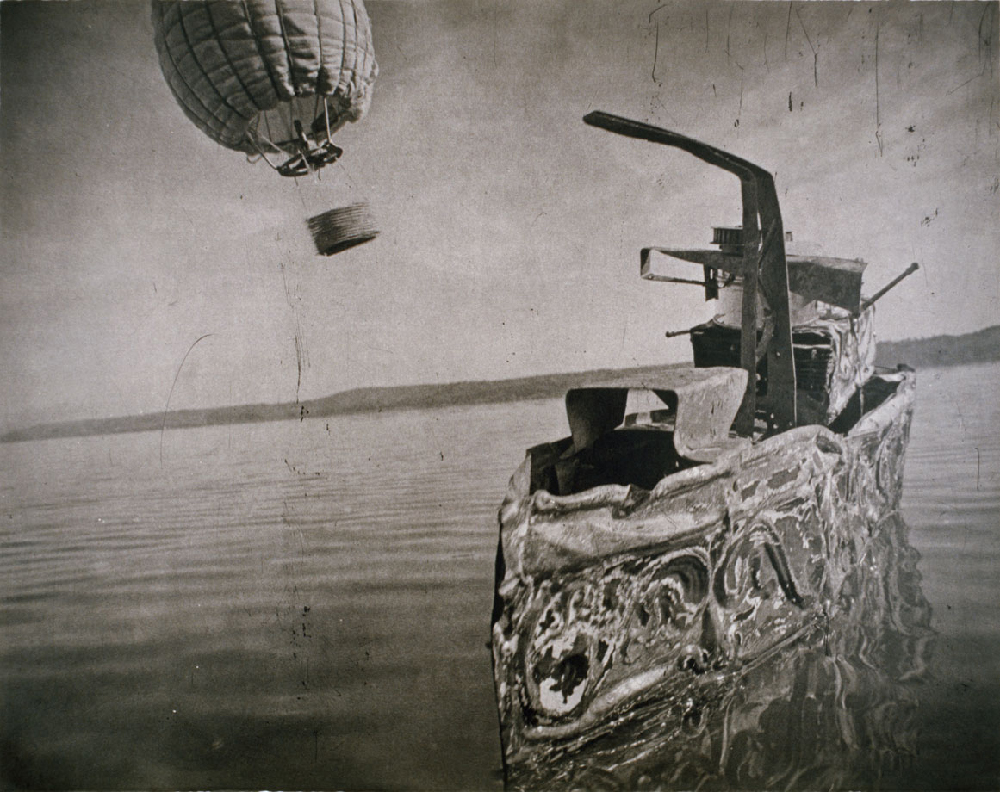 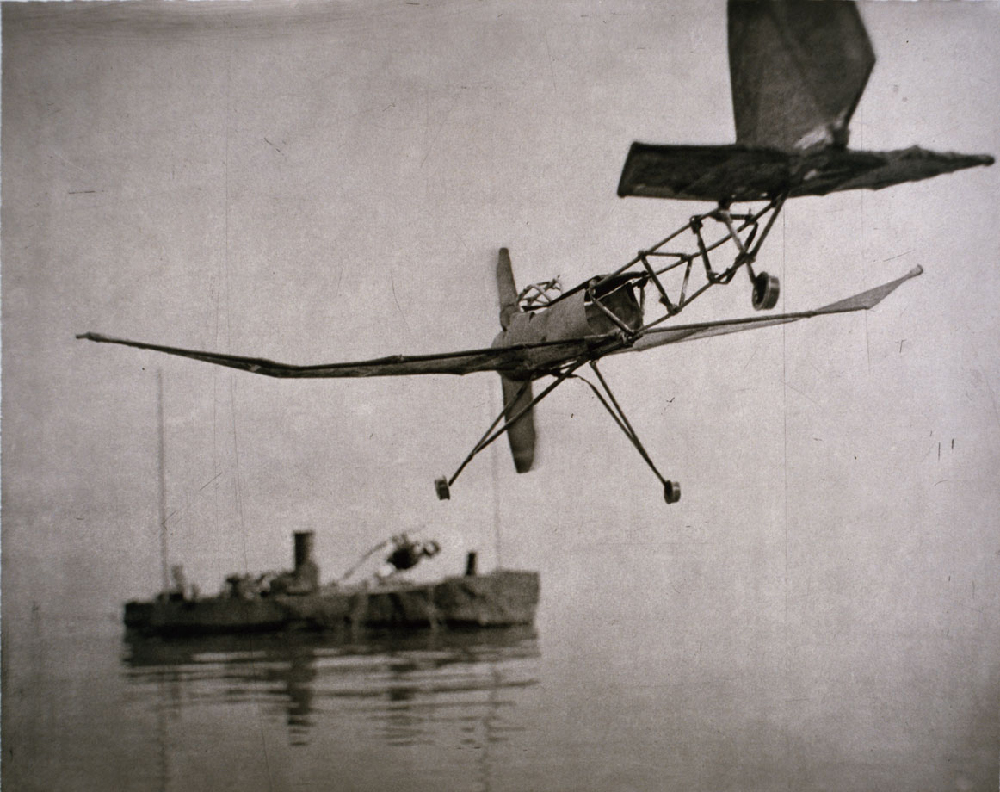 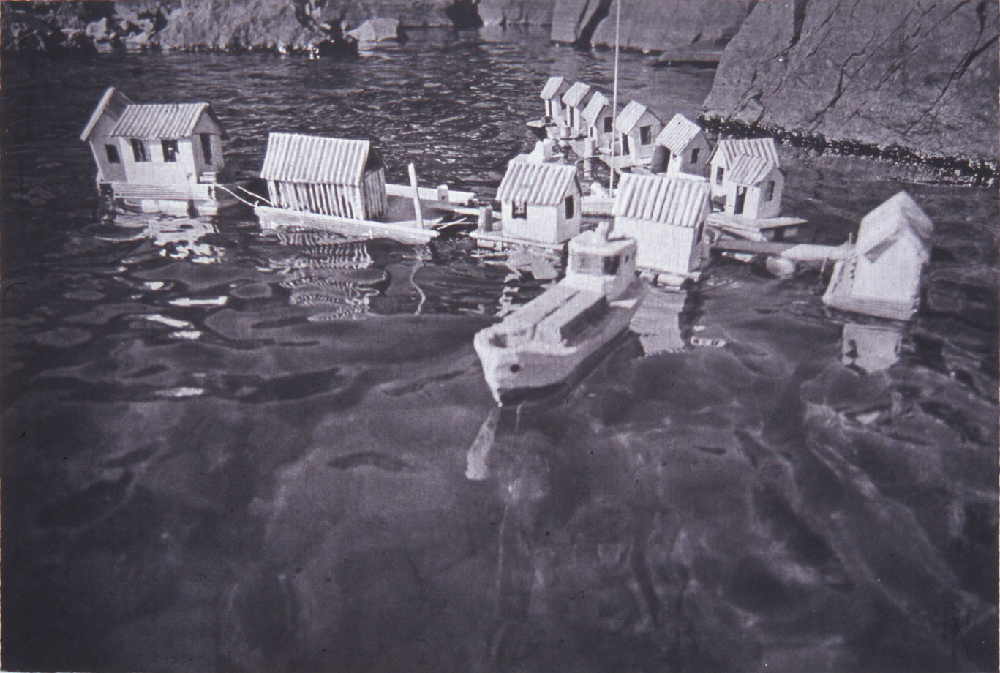 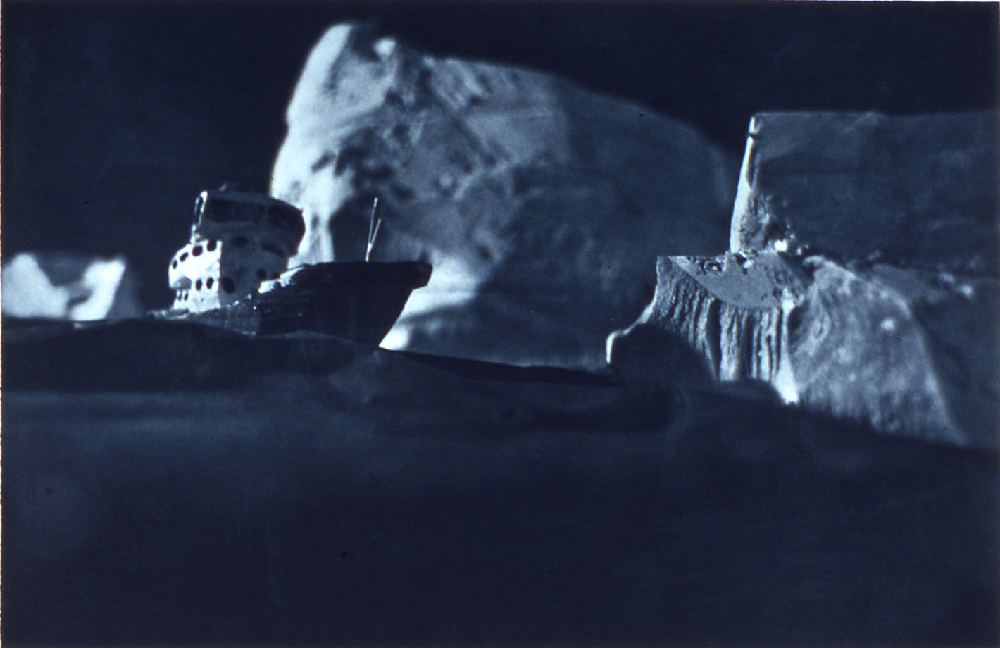 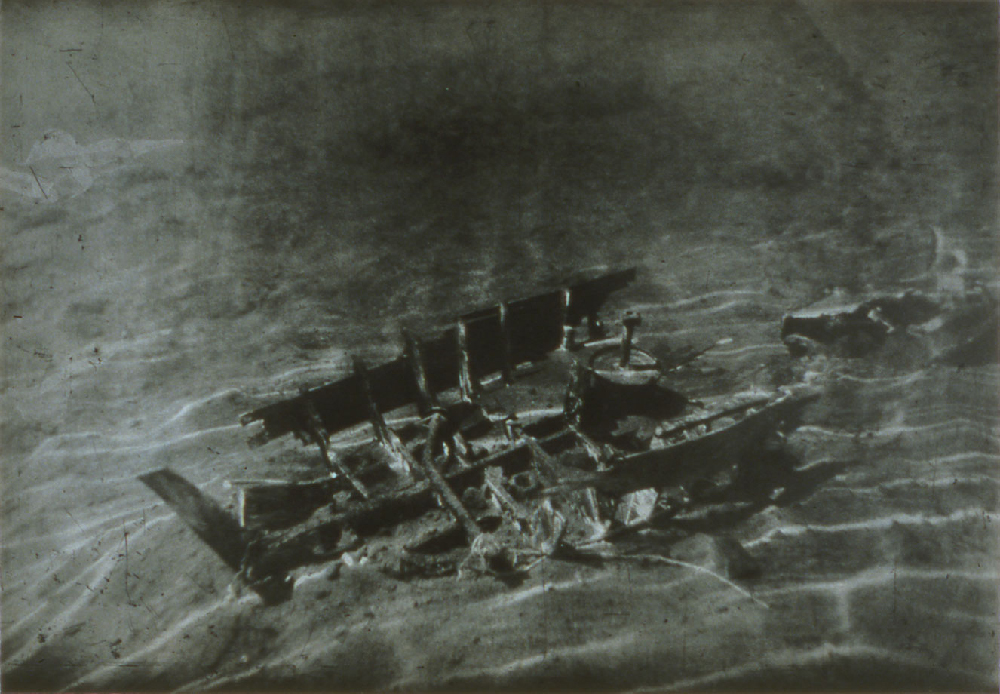 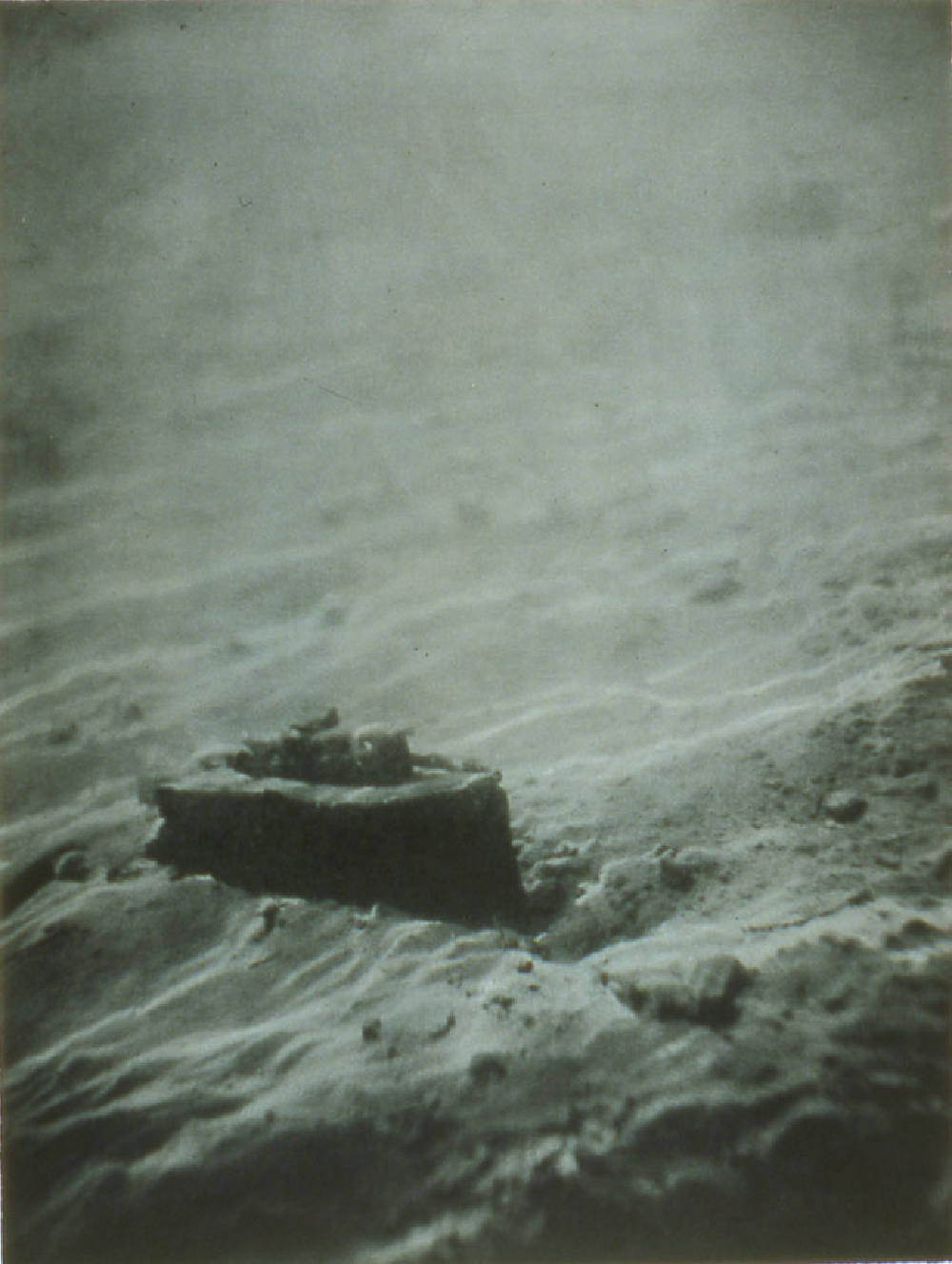 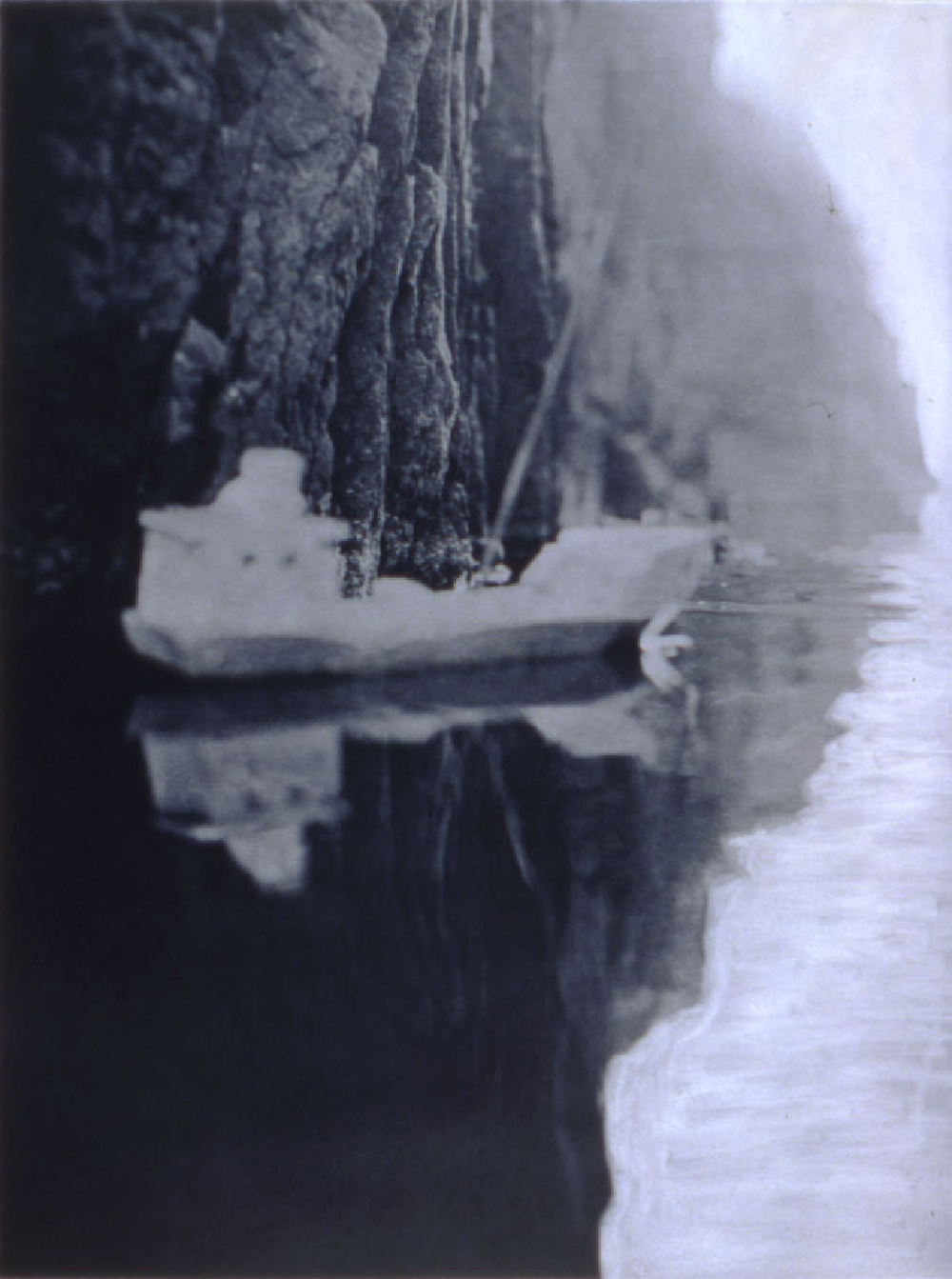 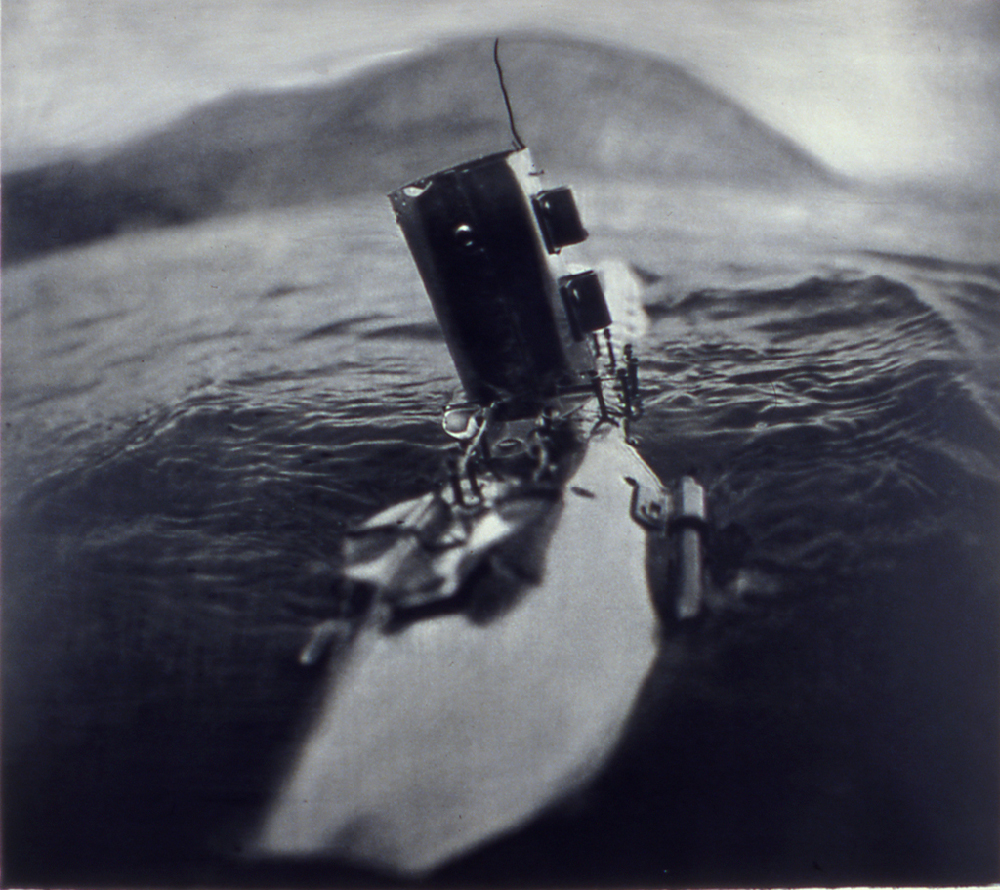 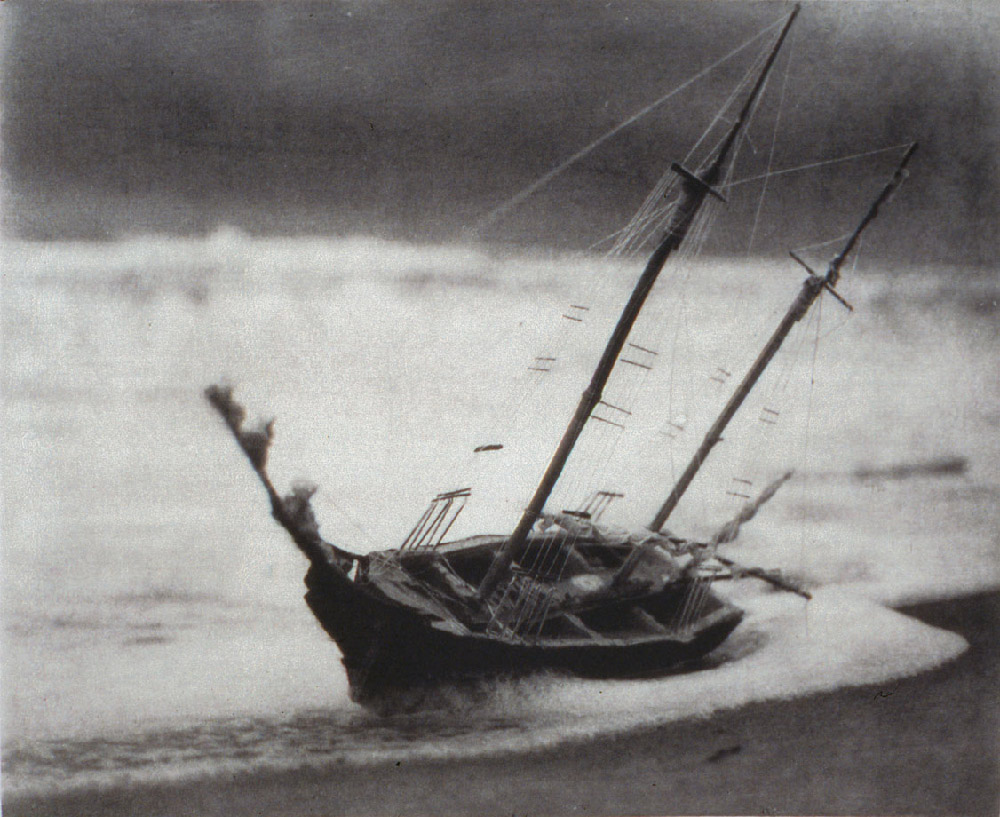 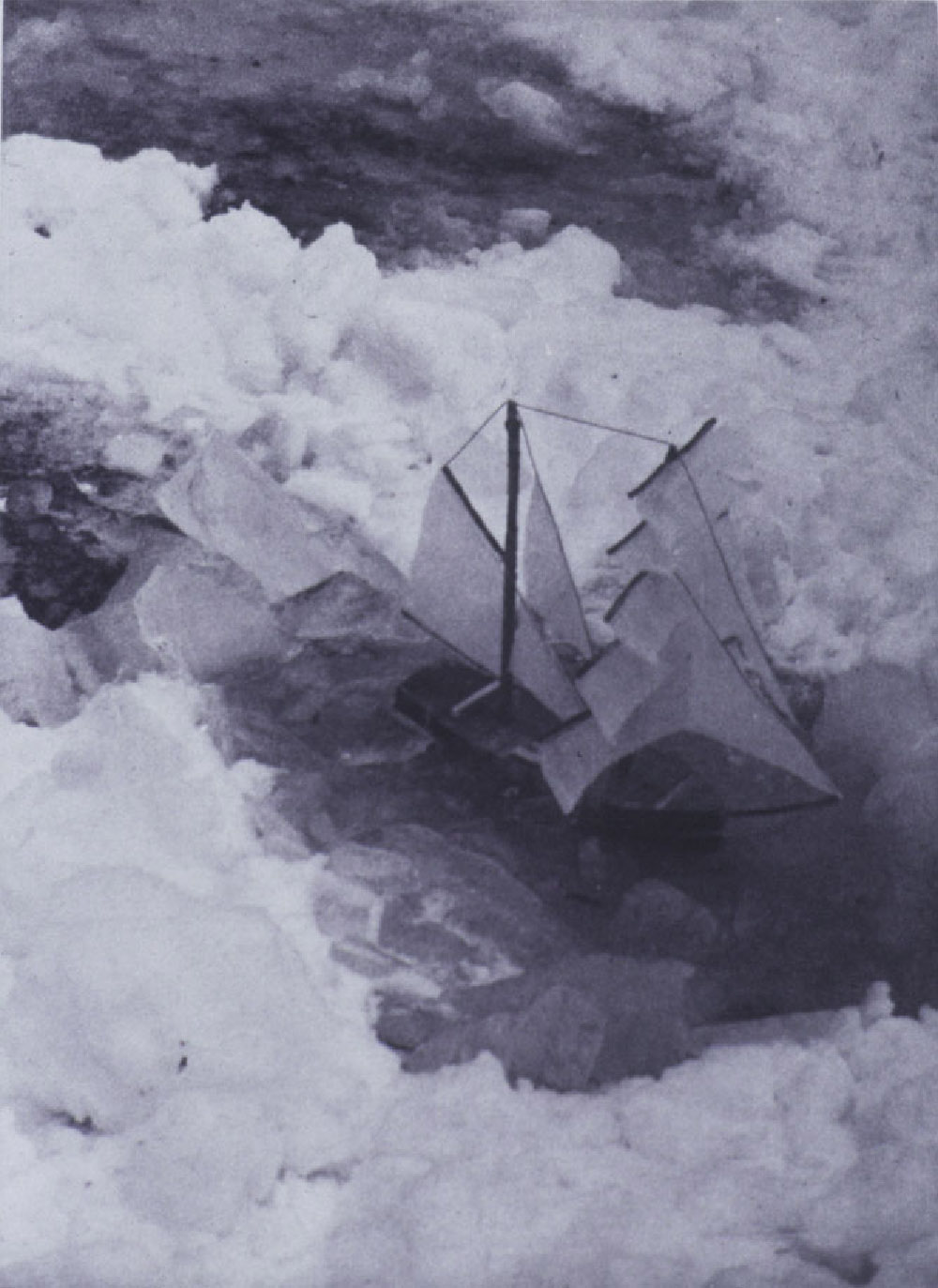 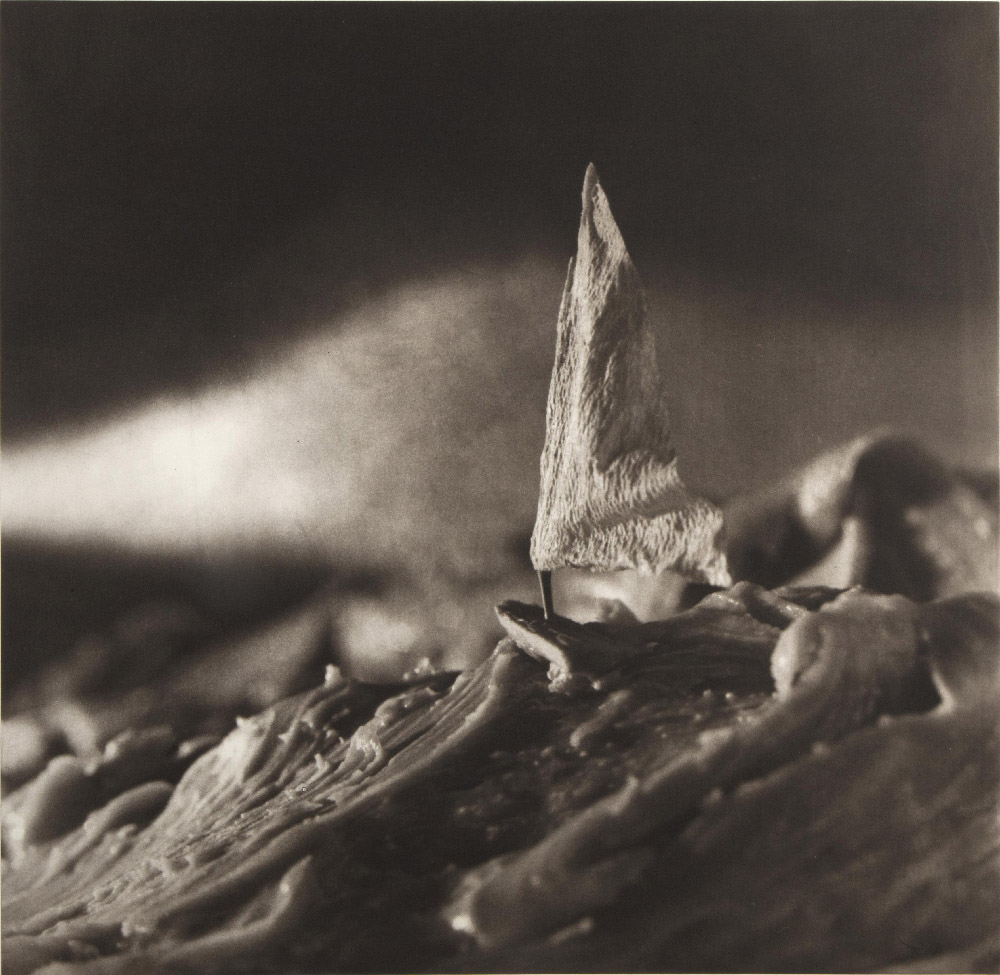 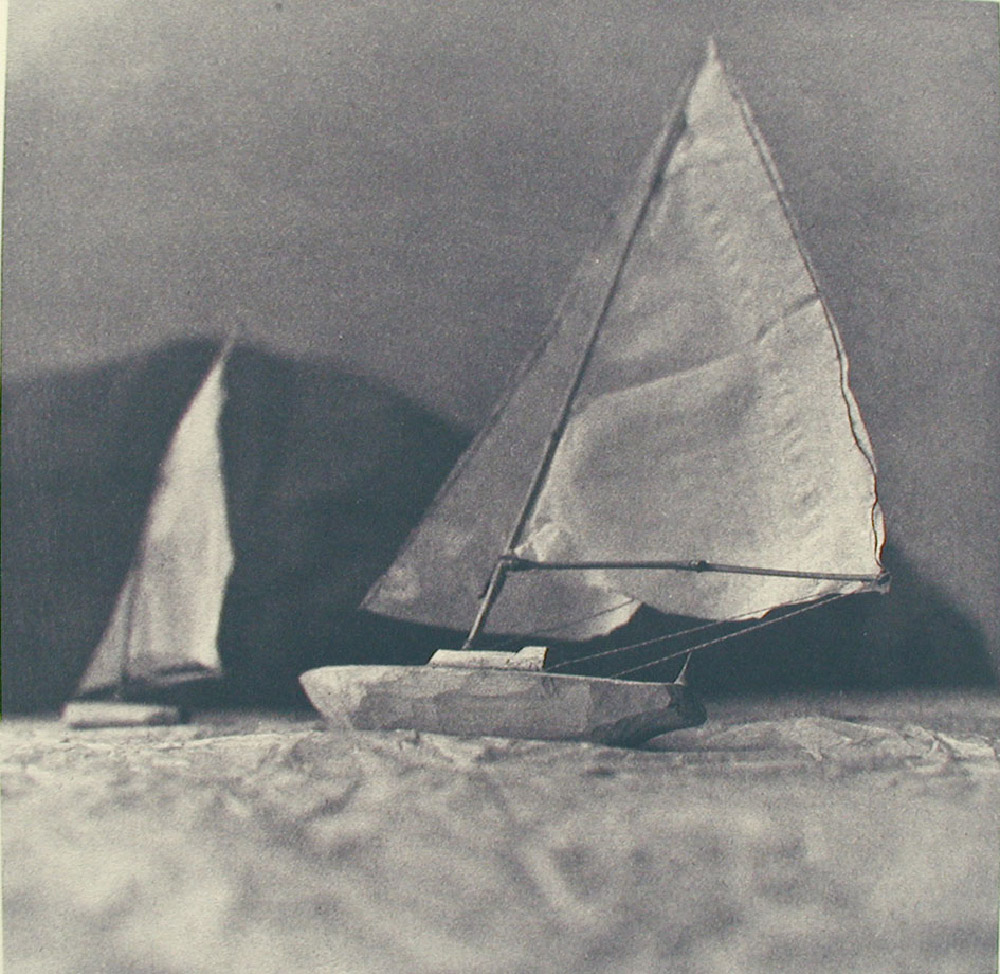 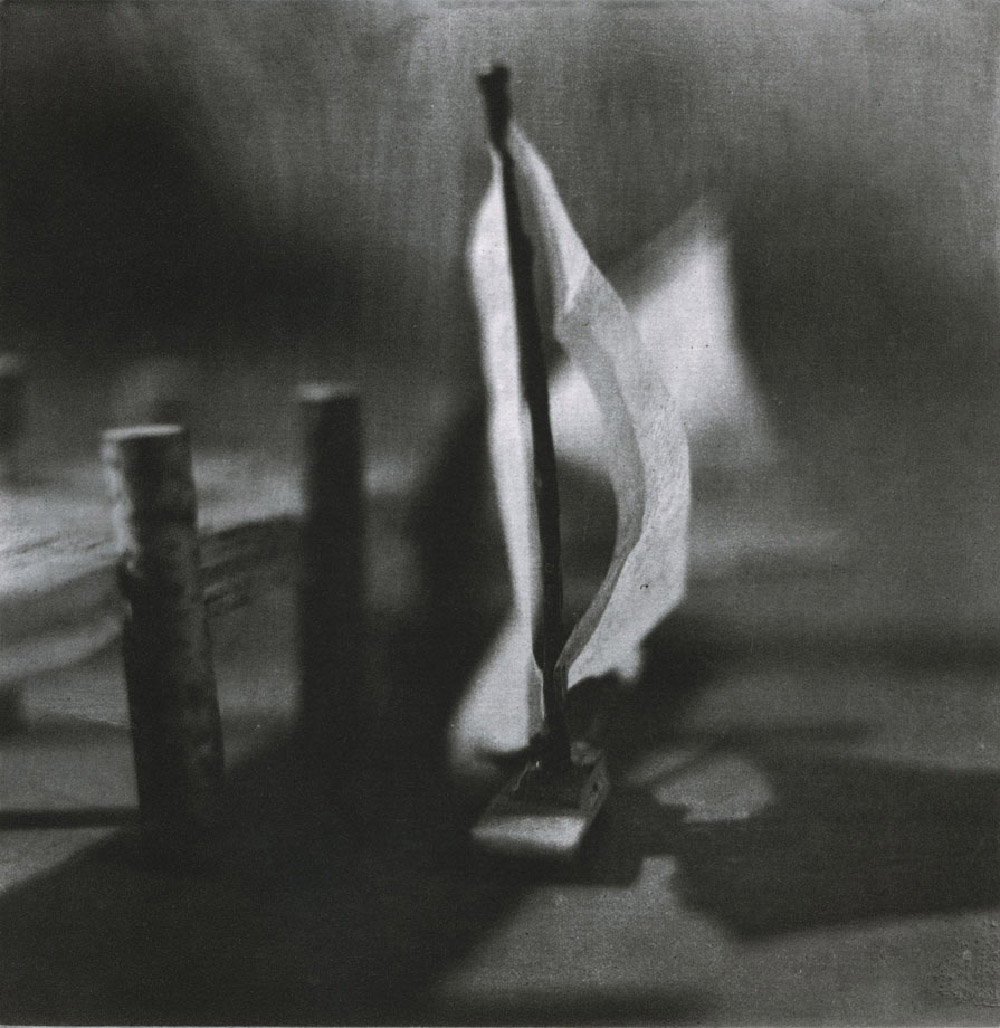 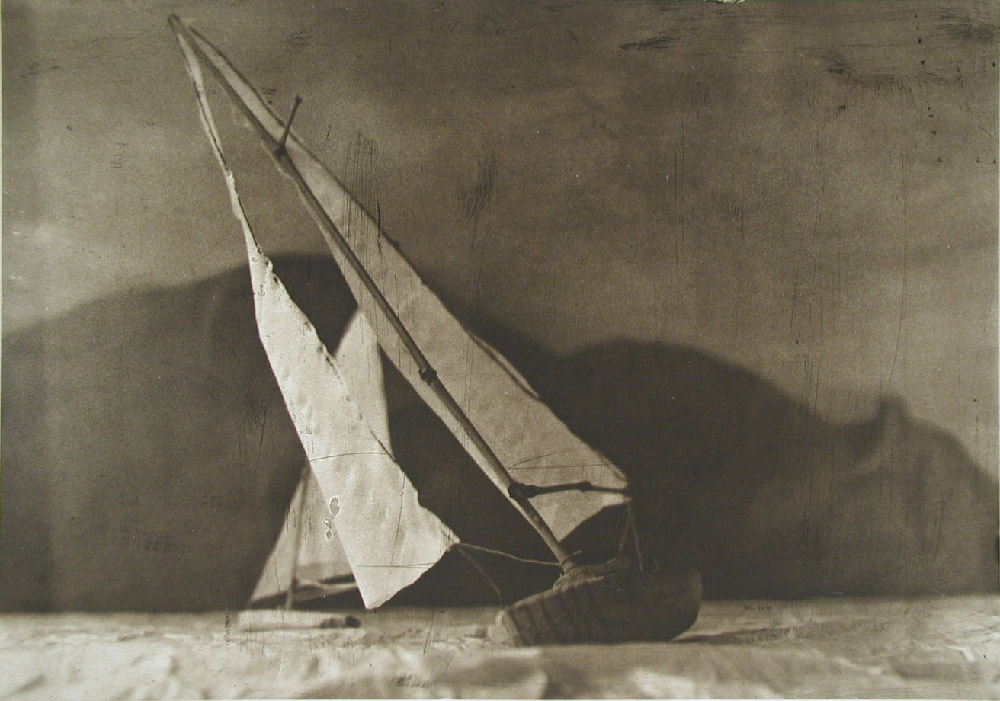 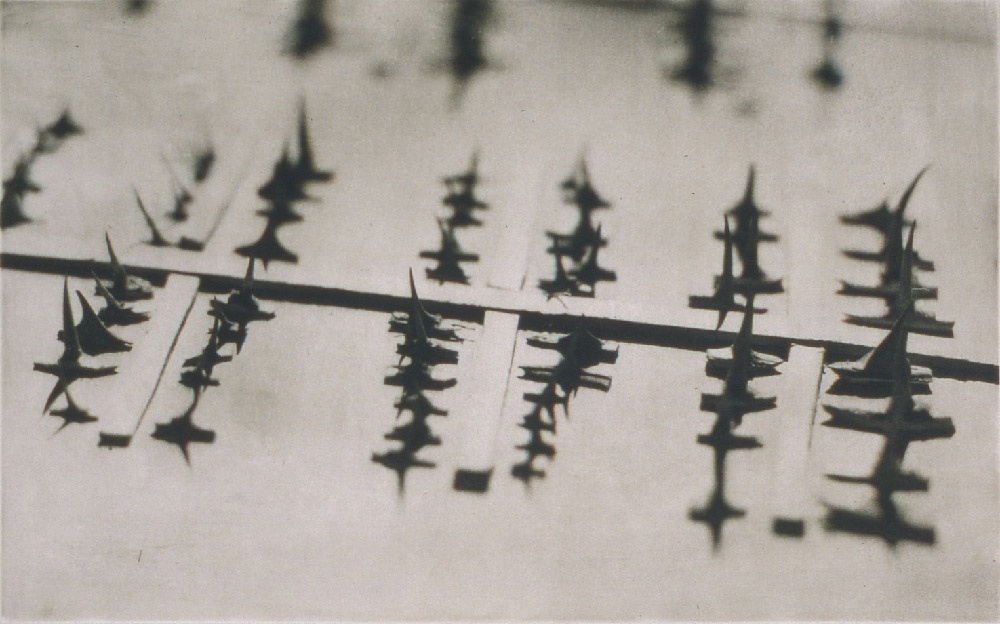 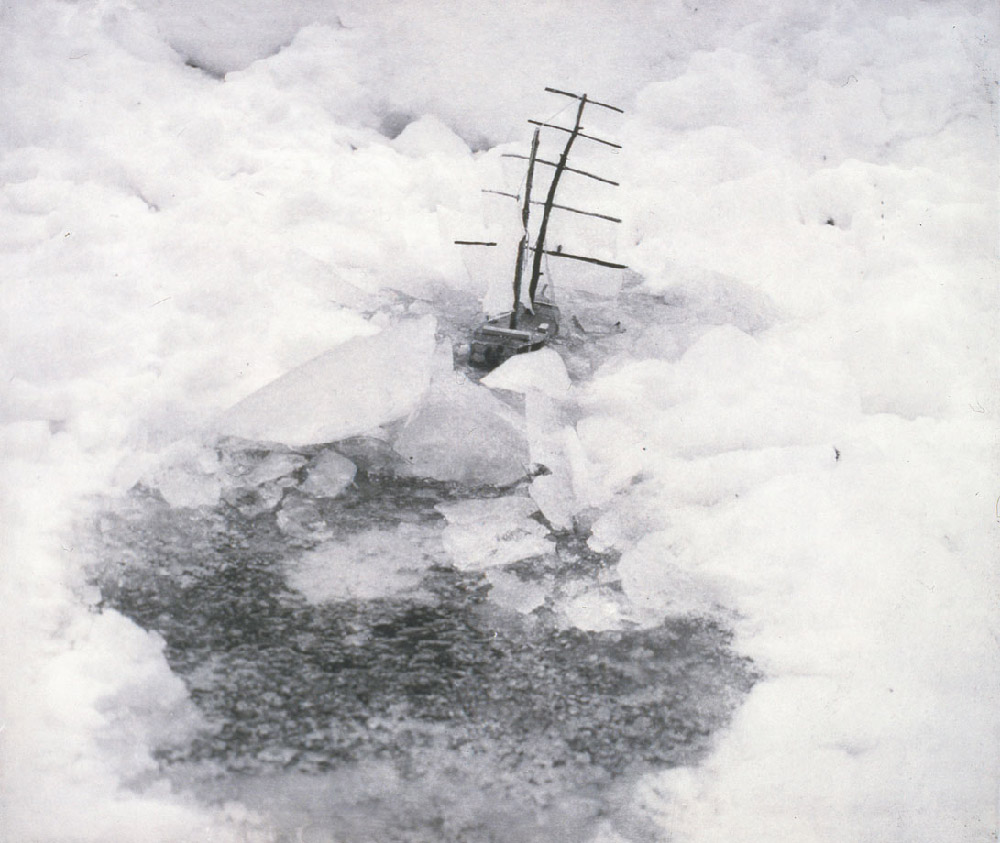