Scott B. Davis: on the probability of darkness by Aline SmithsonJune 10, 2019 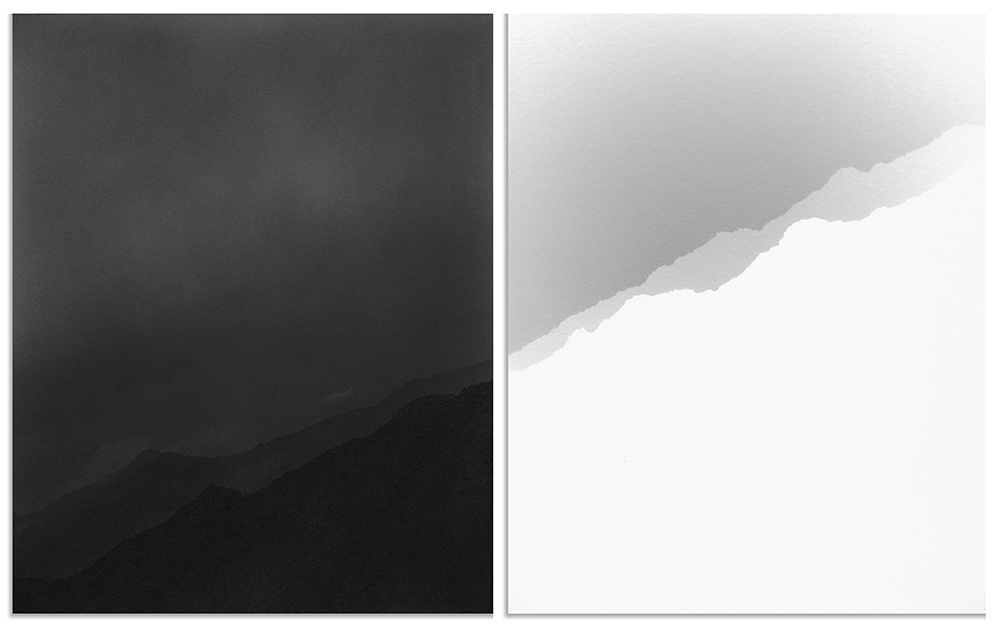 the expansiveness of this space has a lot to do with photography. when the sun goes down the world becomes reduced to a series of shapes and tones. looking east across a valley and into the shadow of the planet i see a few shades – earth, sky and subtle contrasts between trees, cactus and sand. ridgelines offer exactly two tones – and a singular definition of the landscape, one which offers no story, no detail, and an inky darkness that engages the imagination. – scott b. davis

scott b. davis, photographic artist, Medium Festival of Photography Director, and large format devote has recently opened an exhibition at Euqinom Gallery in San Francisco that runs through June 29, 2019. There will be a gallery with Getty Museum curator Virginia Heckert on June 28th at 6pm. The exhibition, on the probably of darkness, is work created over the past two years throughout the desert landscapes of Mexico, Arizona and California. The work “expands upon Davis’s poetic investigations of the western landscape while further pushing the images towards abstraction. Working in the spirit of William Henry Fox Talbot and Sir John Herschel, the photographs are made using time-consuming, 19 th century formulas including platinum/palladium printing, abandoning the precision and control often expected from photography and making new visual discoveries along the way. The resulting images explore the boundaries of visibility in the darkness and overwhelming light of the Sonoran desert, creating pictures of landscapes that are both literal and abstract. The exhibition will include Davis’s largest piece to date, comprised of ten photographs taken along the U.S./Mexico border.”

The exhibition reveals a quiet search for the minimal. Created in vast expanses of landscape, davis synthesizes light, time, and space into beautiful and painterly interpretations that speak to the essence of seeing. 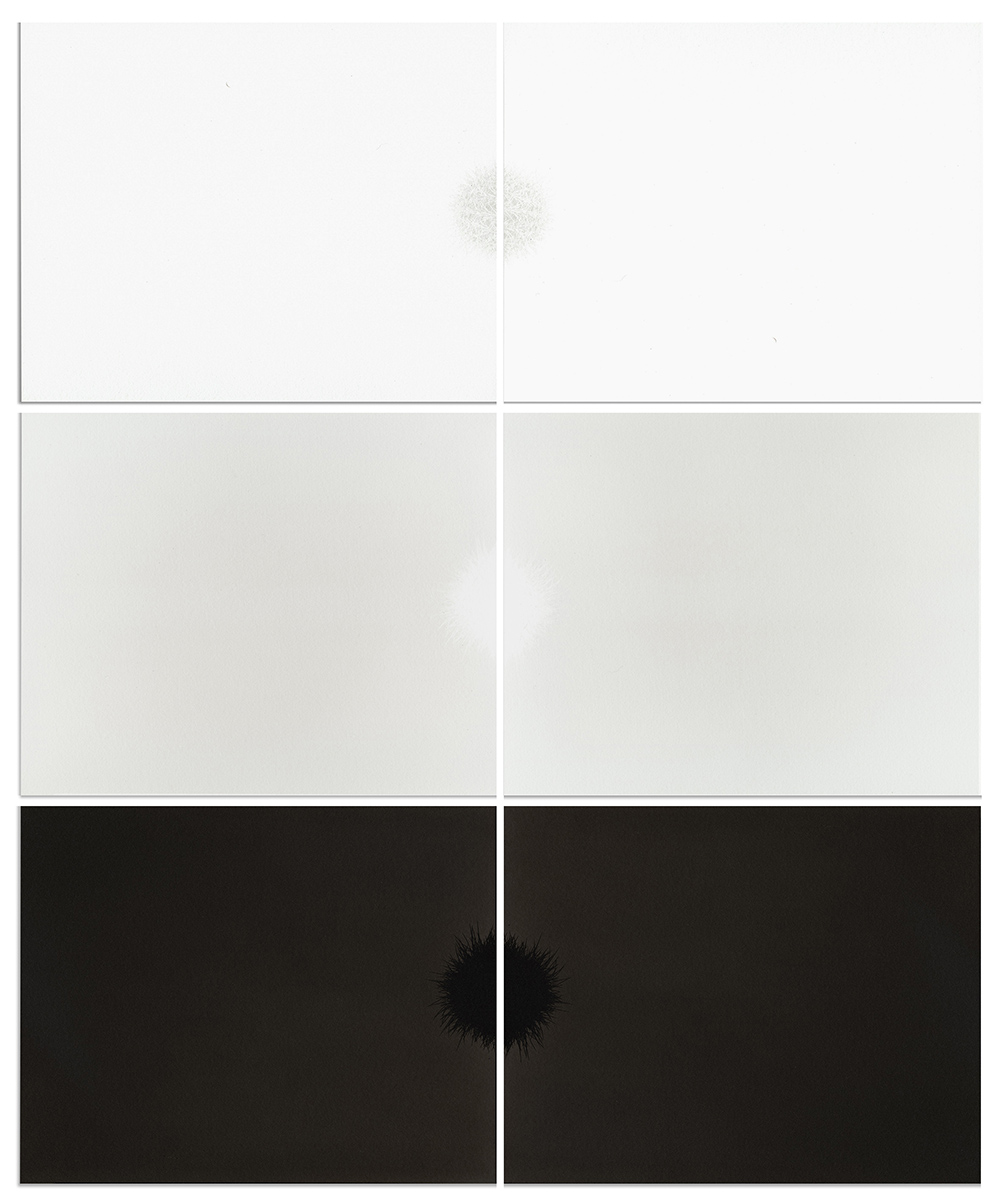 on the probability of darkness

My current exhibition on the probability of darkness represents an ongoing interest in pushing analog photography to the limits of perception, and exploring the edge of the platinum/palladium process. All works in the exhibition were made between 2018-2019 in the deserts of California, Arizona, and northern Mexico, using cameras ranging from 4”x5” to 16”x20”. They present a conscious move away from representation, allowing elements of design, minimalism and abstraction to drive the work. The failures and successes of making this work have put me back at a time when photography was new to me, and the medium taught me as much as I was learning by the act of doing. It’s a refreshing place to be in 2019, when the world is awash in information and access to easy answers.

Davis has been exploring the platinum/palladium printing process for the past twenty years, creating prints rich in contrast to push the boundaries of the visible spectrum and the perceptual limits of human vision. His prints invite closer, deeper looking at landscapes that seem familiar to us in the daylight but evolve into something altogether different when rendered as abstract records of place. Opposing elements are inherent: in the contrast between what looks like daylight and deep darkness, the black tones of the film-based platinum/palladium prints against the blinding white tones of the in-camera palladium paper negatives, and the artist’s choice to create diptychs of these opposing forces, often reversing and inverting negatives or subverting the viewer’s perceptual experience by shifting horizons to create fictions from unrelated landscapes. The abstract qualities that result create a sense of mystery, expanding Davis’s body of work toward an increasingly abstract rendering of the land. He points out that the limitations of the platinum/palladium process have pushed him beyond its ability to objectively record, to seeing its immense possibilities as a light sensitive medium. The aim is not to represent the desert as we think we know it, but to evoke an intimate connection with the desert through new perspectives.

Davis’s photographs invite viewers to slow down and partake in looking deeply into the darkness. In contrast to our fast-paced digestion of digital images, the pictures in on the probability of darkness reward viewers who take time to appreciate the sense of design in the landscape. The discovery of the unknown is a journey for the artist as well as for the viewer. 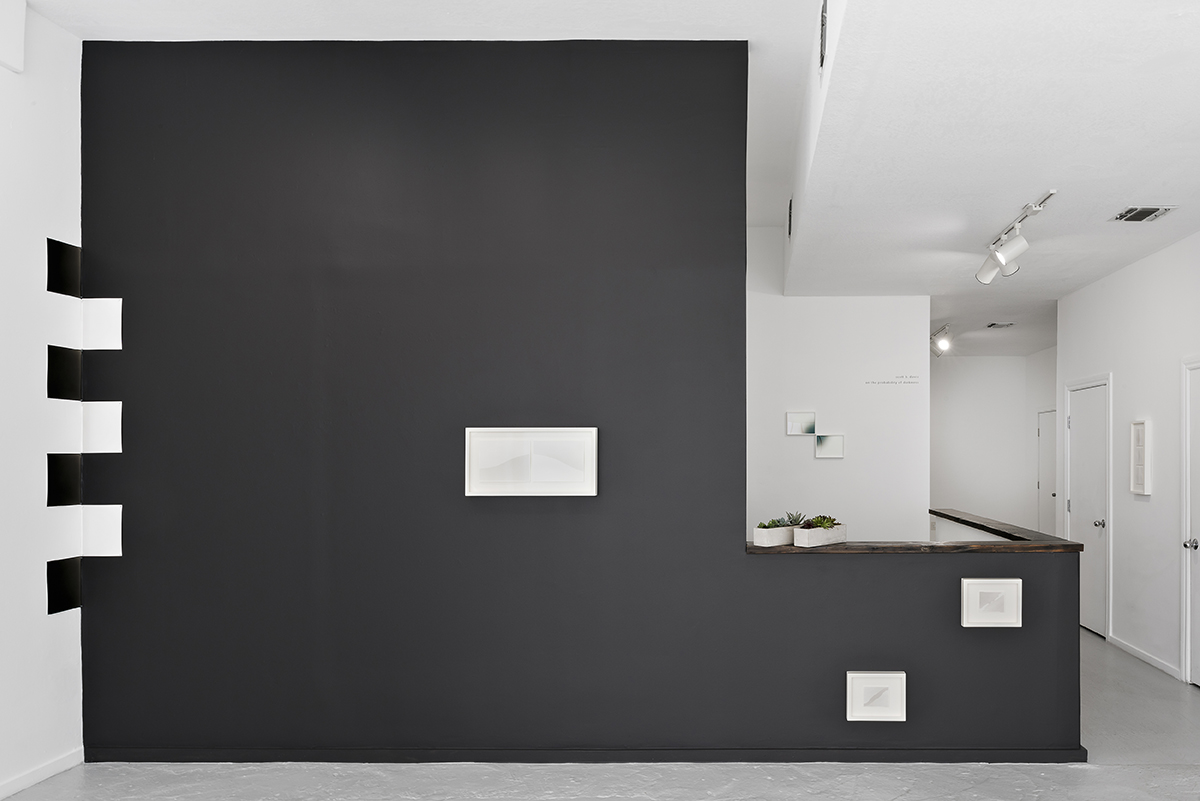 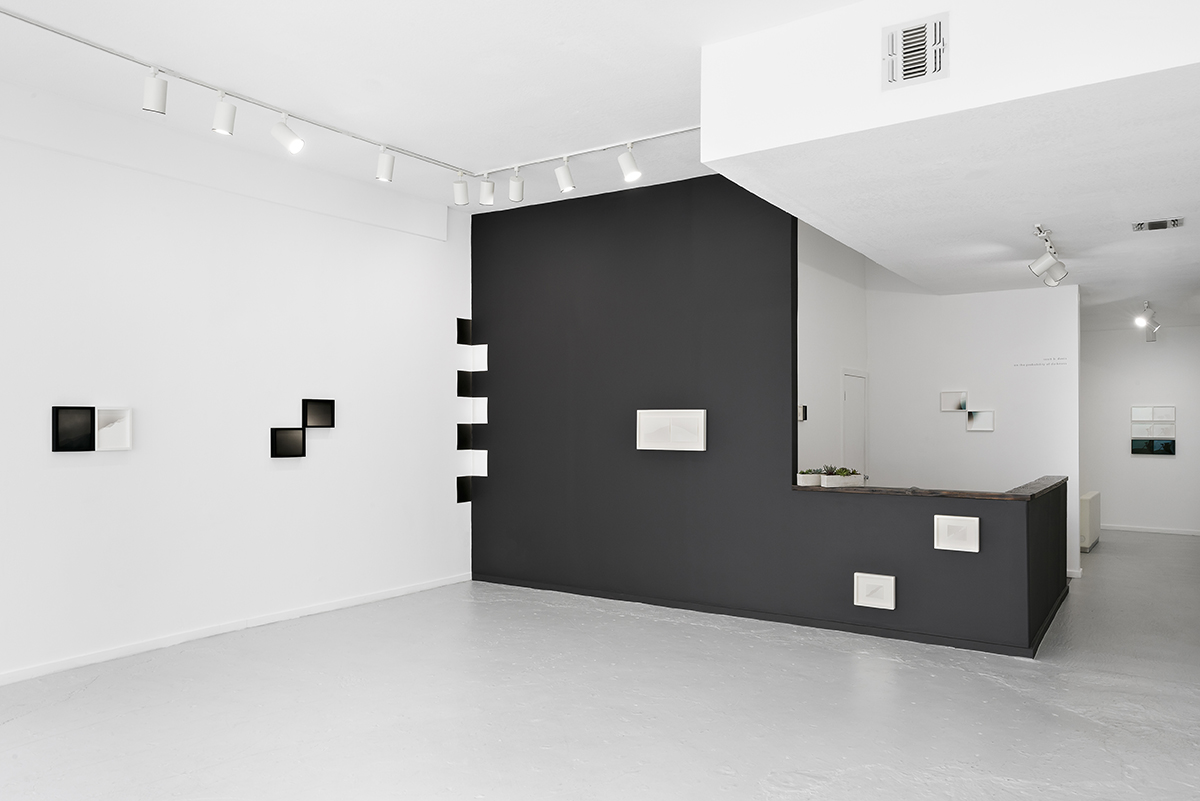 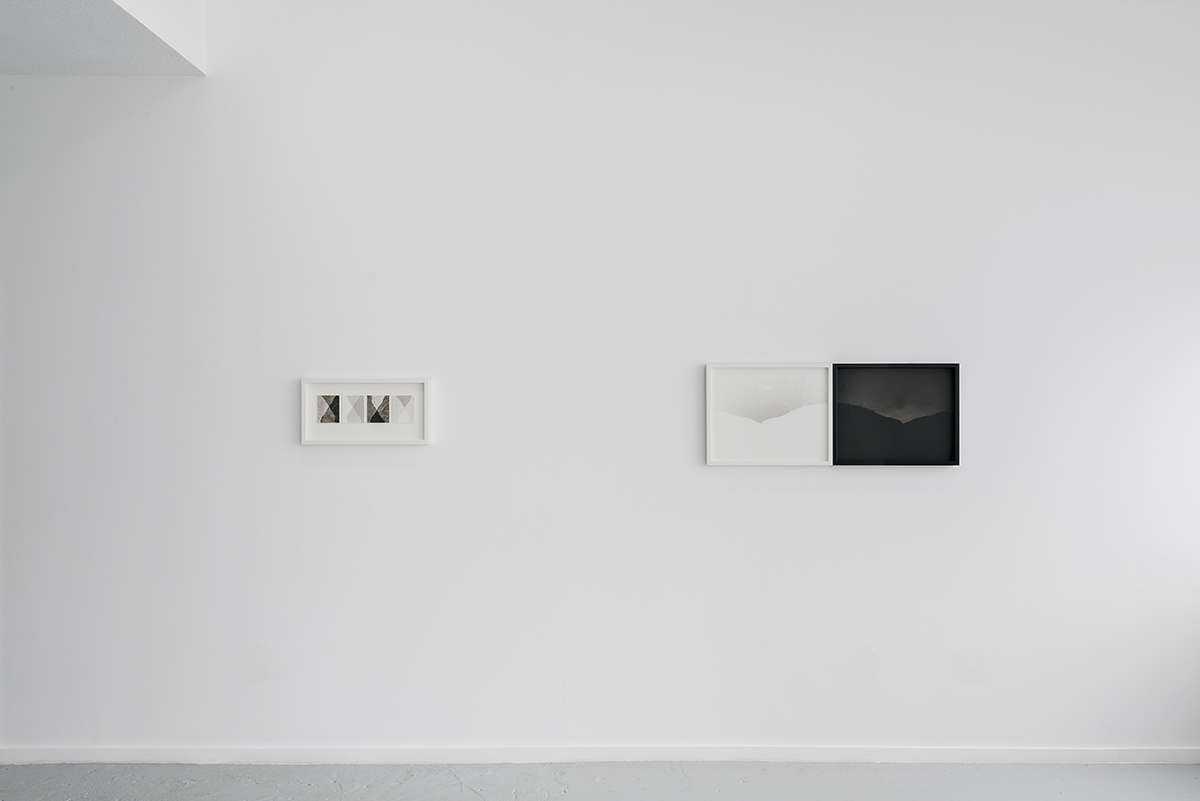 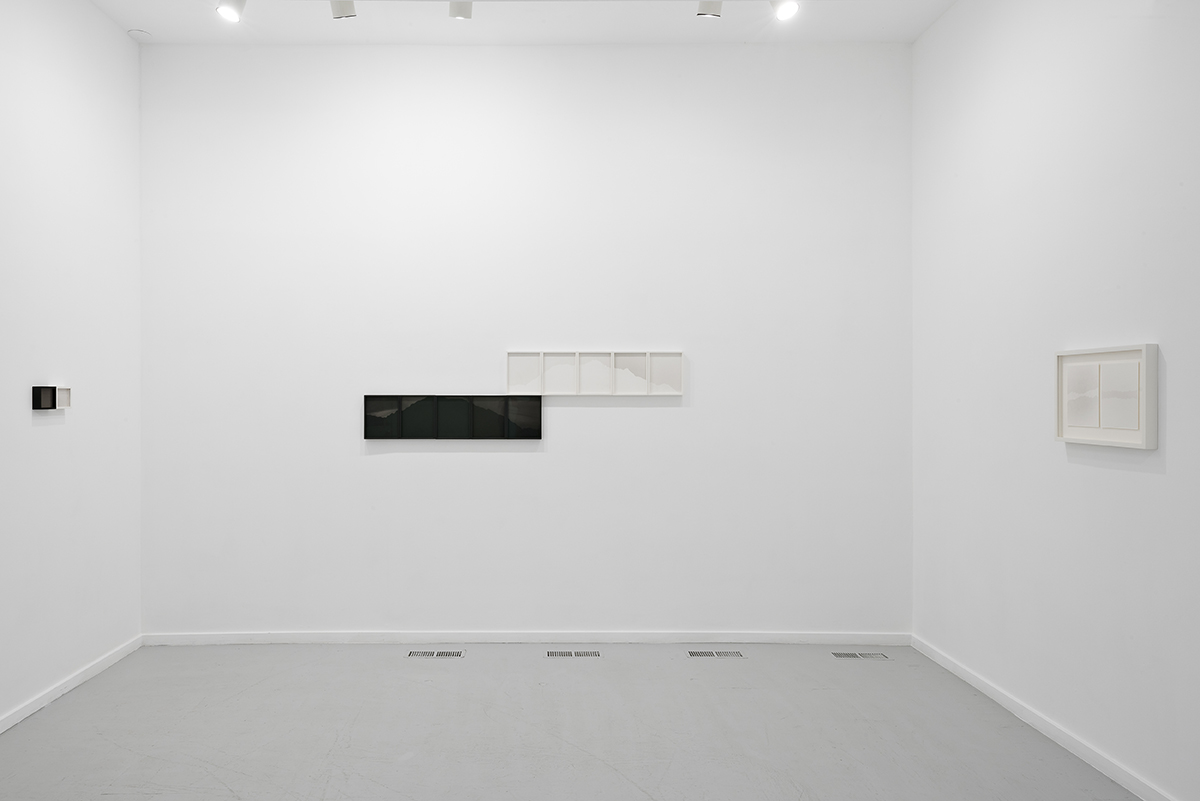 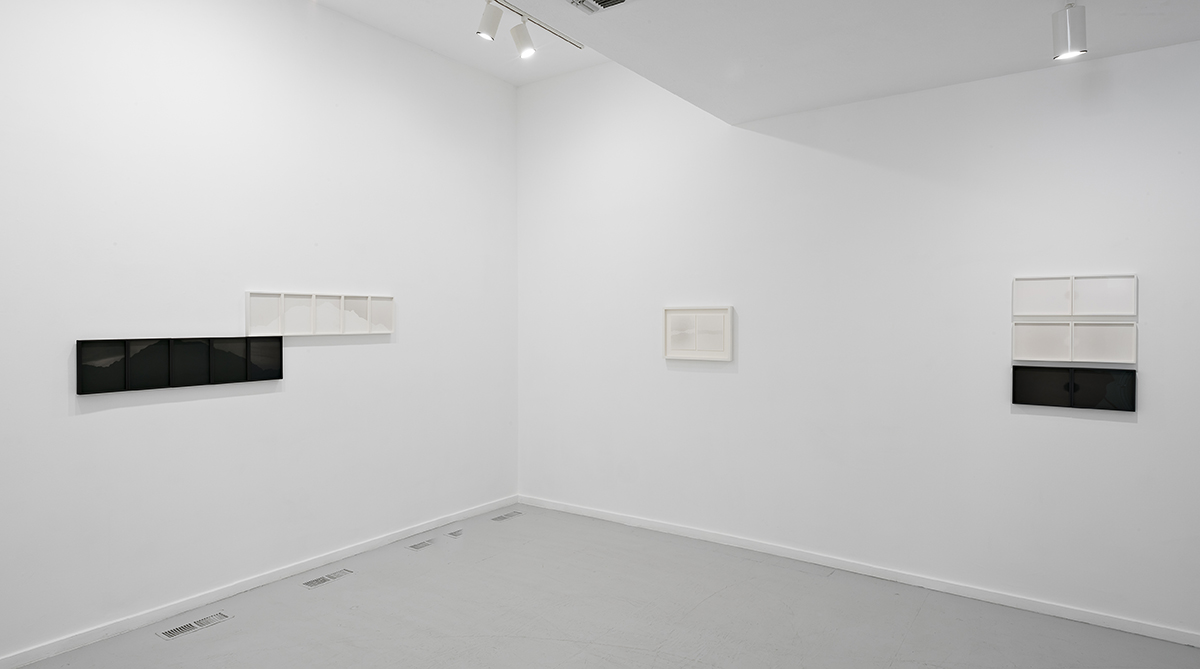