Wendel A. White: History Based Landscapes by Aline SmithsonJune 10, 2020 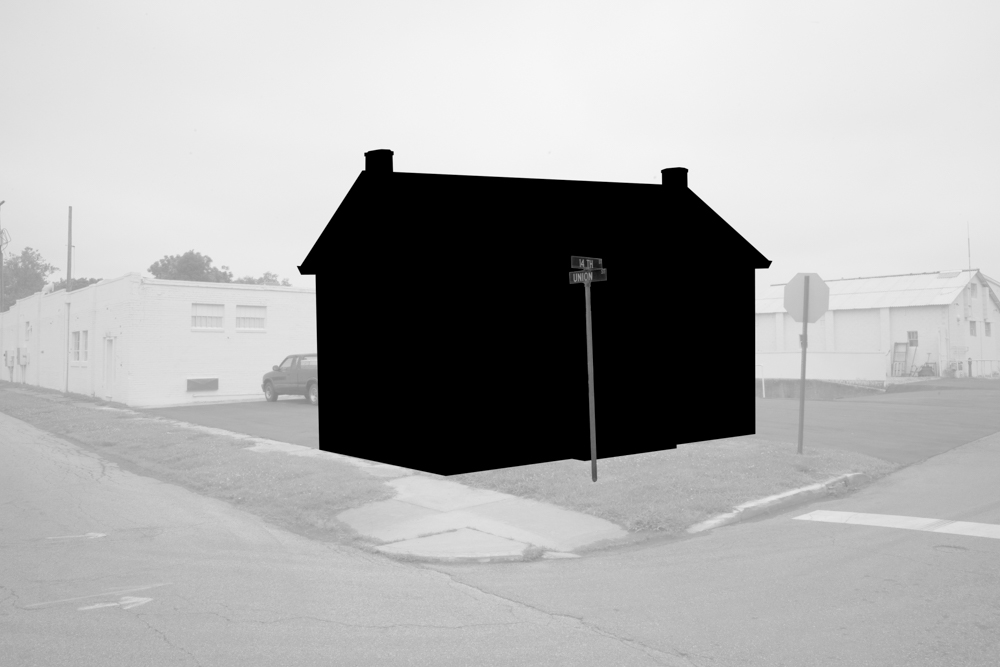 We first featured Wendel A. White’s project, Schools for the Colored, in 2018 as part of a two-person exhibition, Segregated Influences, at the Colorado Photograpic Arts Center. I wanted to share the complete project as we continue to look at history-based landscapes.  This meaningful effort features the architectural remains of structures once used as segregated schools for African Americans in New Jersey, Pennsylvania, Ohio, Indiana, and Illinois. Wendel explains his focus on these states, “The project is a survey of the places that were connected to the historic system of racially segregated schools (broadly defined as “Jim Crow” segregation, in its various forms of de jure or de facto segregation) established at the southern boundaries of the northern United States. My particular interest is in the regions of the northern “free” states that bordered the slave states (sometimes known as the “Up-South,” just over the line to freedom) as regions of unique concentrations of black settlements during the nineteenth and twentieth centuries.”

The Schools for the Color project statement begins with a quote from W.E.B. Du Bois where he references being “shut out from their world by a vast veil”. This descriptive passage influenced the presentation of these structures, redacting the landscape surrounding the buildings as a metaphor for loss, separation and division. It has been over six decades since the Supreme Court’s ruling on Brown v. Board of Education, so not all of the structures are still in existence. In those cases, Wendel has inserted silhouetted architectural reflections of what the schools might have looked like. These ghostly memorials reflect histories that continue to haunt the American landscape and are signifiers for “America’s educational Apartied.”

Wendel A. White was born in Newark, New Jersey and grew up in New York, Pennsylvania, and New Jersey. He was awarded a BFA in photography from the School of Visual Arts in New York and an MFA in photography from the University of Texas at Austin. White taught photography at the School of Visual Arts, NY; The Cooper Union for the Advancement of Science and Art, NY; the International Center for Photography, NY; Rochester Institute of Technology; and is currently Distinguished Professor of Art & American Studies at Stockton University.

He has received various awards and fellowships including a John Simon Guggenheim Foundation Fellowship in Photography, three artist fellowships from the New Jersey State Council for the Arts, Bunn Lectureship in Photography, Anne Reeves Artist-in-Residence (Arts Council of Princeton), and grants from Center Santa Fe (Juror’s Choice), the Graham Foundation for Advanced Studies in the Fine Arts, and the New Works Photography Fellowship from En Foco.

White has served on the board of directors for the Society for Photographic Education, three years as board chair. He has also served on the Kodak Educational Advisory Council, NJ Save Outdoor Sculpture, the Atlantic City Historical Museum, and the New Jersey Black Culture and Heritage Foundation. White was a board member, including three years as board chair, on the New Jersey Council for the Humanities. He currently serves on the New Jersey Memorial Martin Luther King Jr. Commission and the advisory boards of the Atlantic City Arts Foundation and State of the Arts NJ.

Recent projects include; Red Summer, Manifest, Schools for the Colored, Village of Peace: An African American Community in Israel, Small Towns, Black Lives, and others. 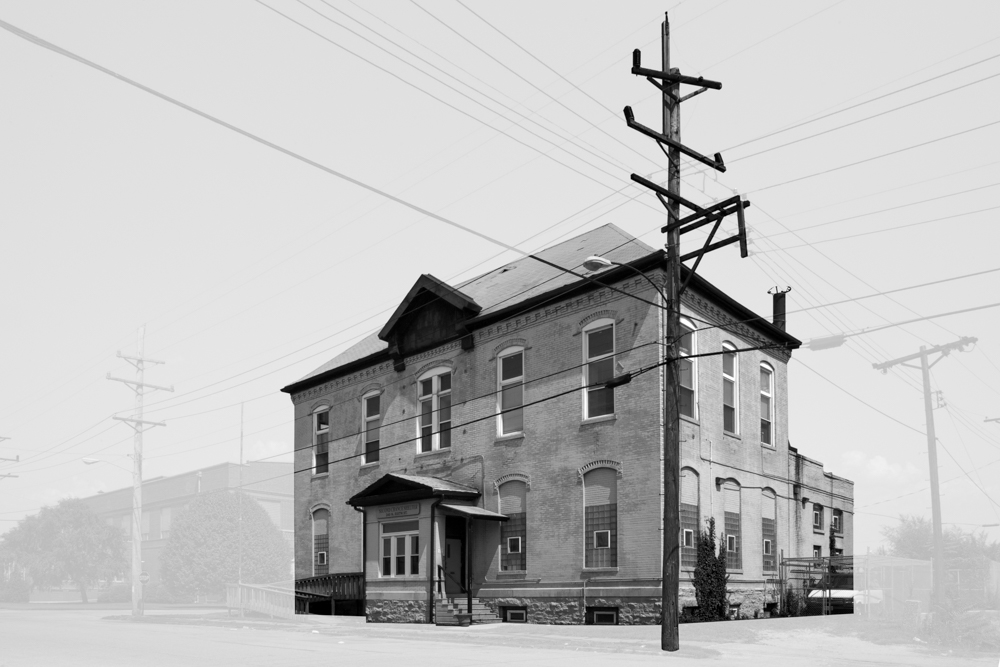 Schools for the Colored

In W.E.B. DuBois’ The Souls of Black Folk he describes an early school experience, “… I was different from the others; or like, mayhap, in heart and life and longing, but shut out from their world by a vast veil”

Schools for the Colored portfolio is an extension of the photographic work and social concepts in the project Small Towns, Black Lives, in that; it is a continuation of my journey through the African American landscape. I began making photographs of historically African American school buildings during the very first weeks of the Small Towns, Black Lives project more than twenty-five years ago. In this project I began to pay attention to the many structures and sites (also making photographs of places where buildings once stood) that operated as segregated schools.

The photographs depict the buildings and surrounding landscapes that were associated with the system of racially segregated schools established at the southern boundaries of the northern United States. This area, sometimes referred to as “Up-South,” encompasses the northern “free” states that bordered the slave states. Schools for the Colored is the representation the duality of racial distinction within American culture. The “veil” (the digital imaging technique of obscuring the landscape surrounding the schools) is a visual representation of the W. E. B. DuBois literary metaphor of the veil as a social barrier. Some of the images depict sites where the original structure is no longer present. As a placeholder, I have inserted silhouettes of the original building or what I imagine of the appearance of the original building. The architecture and geography of America’s educational Apartied, in the form of a system of “colored schools,” within the landscape of southern New Jersey, Pennsylvania, Ohio, Indiana, and Illinois is the central concern of this project. – Wendel White 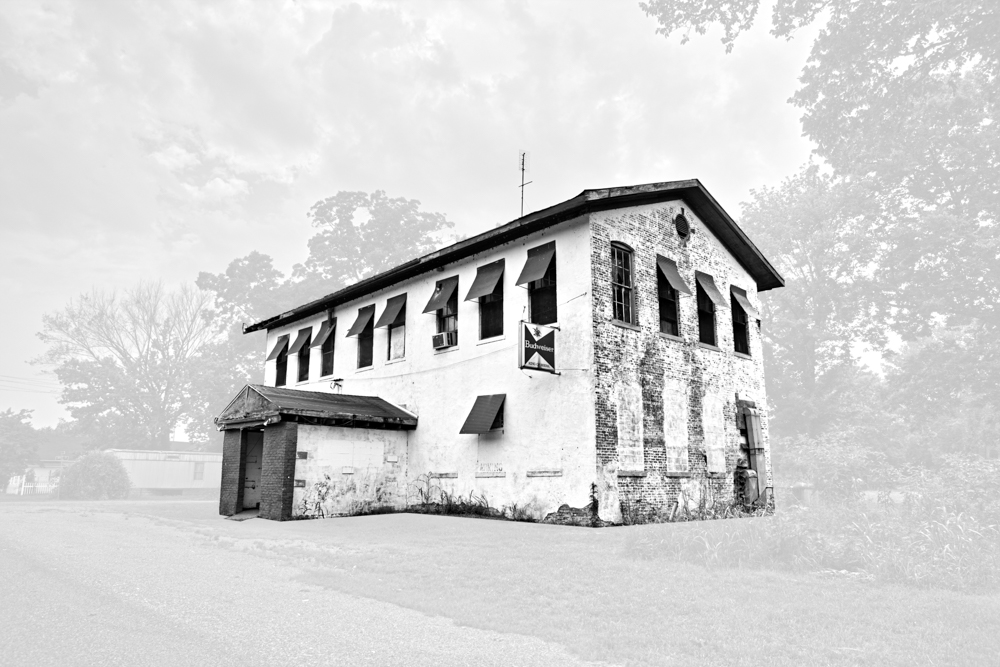 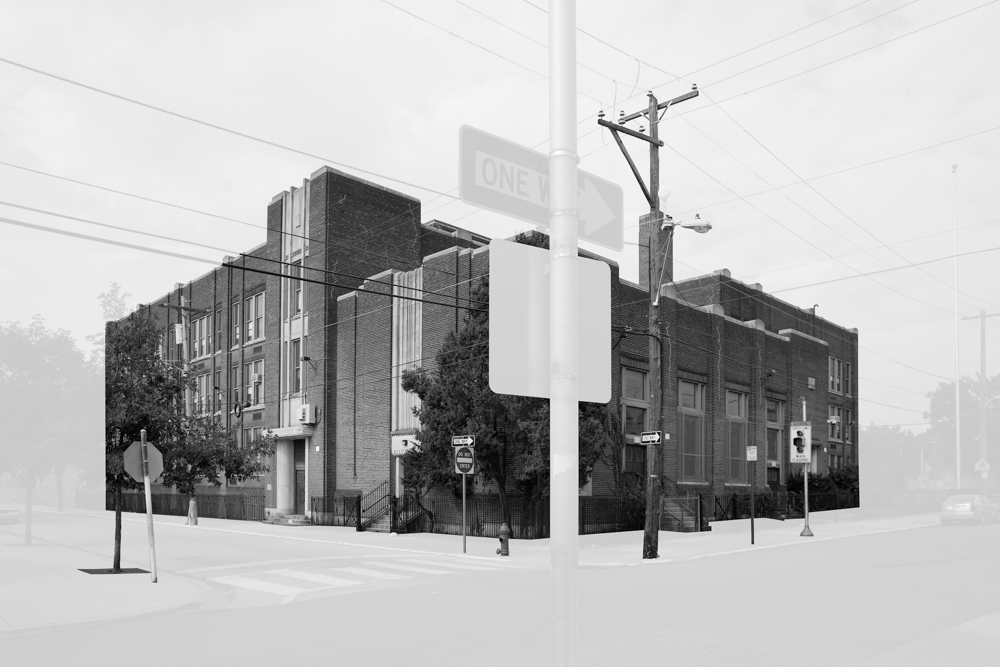 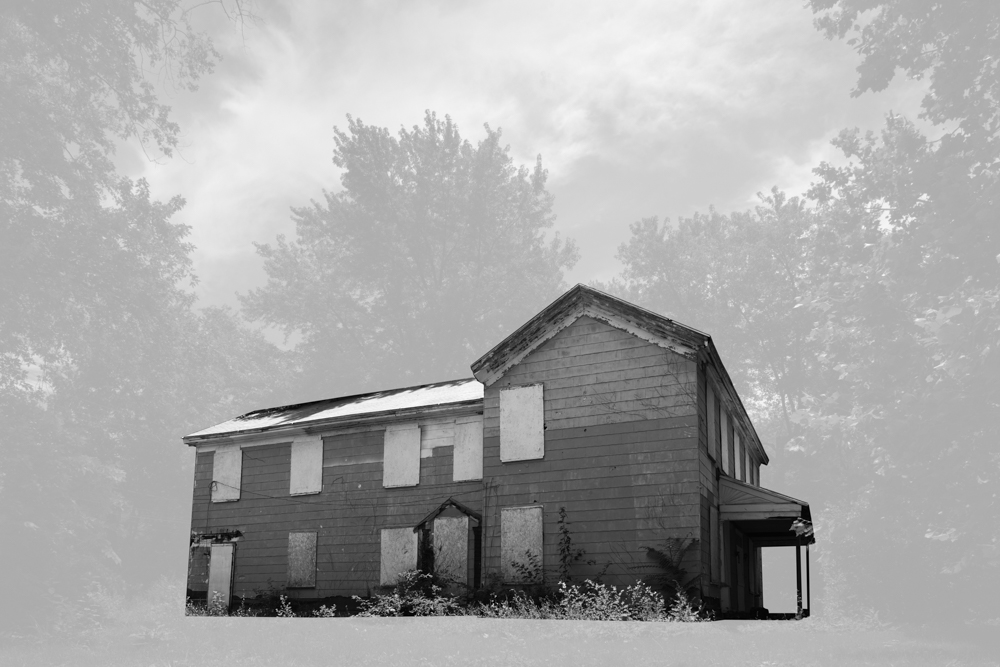 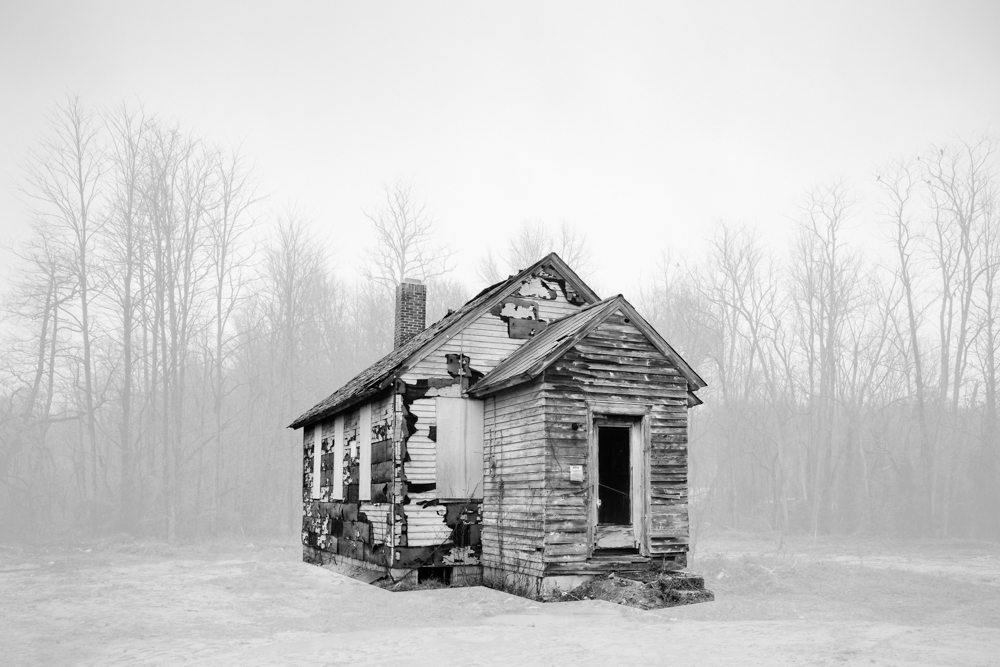 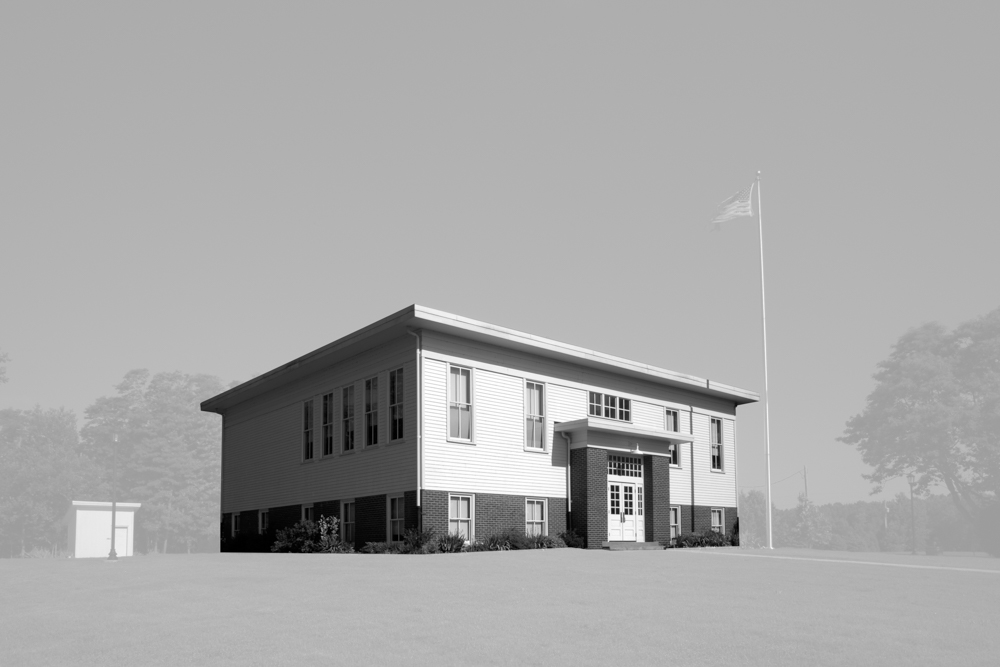 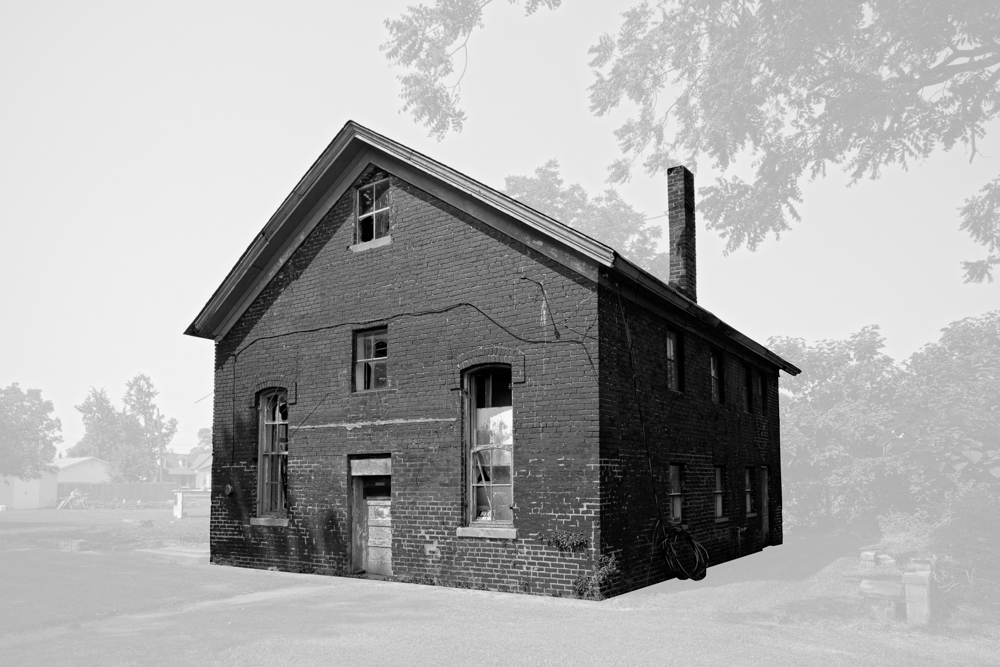 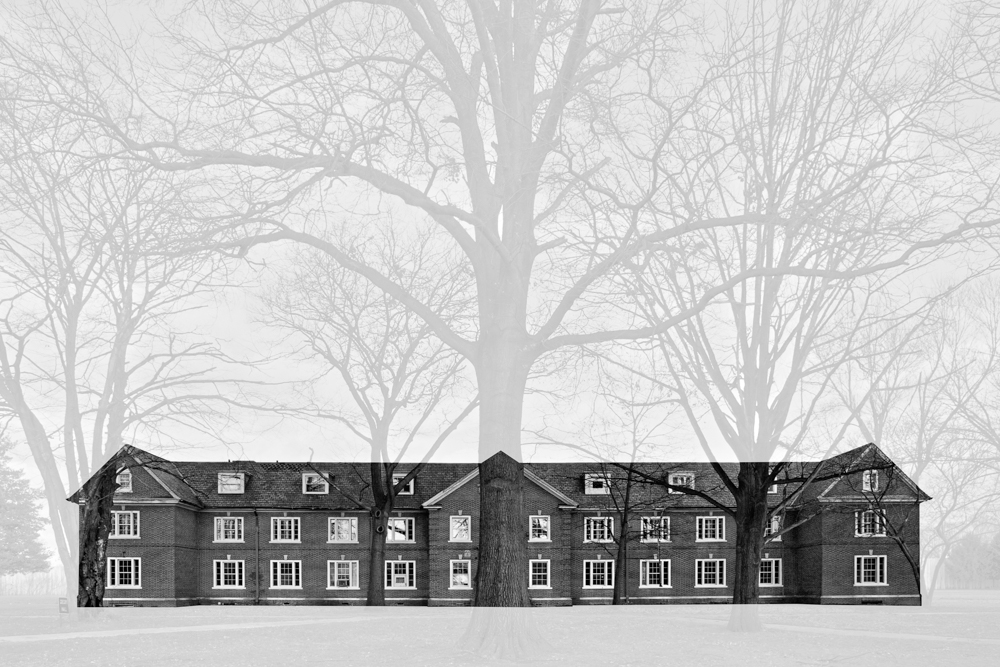 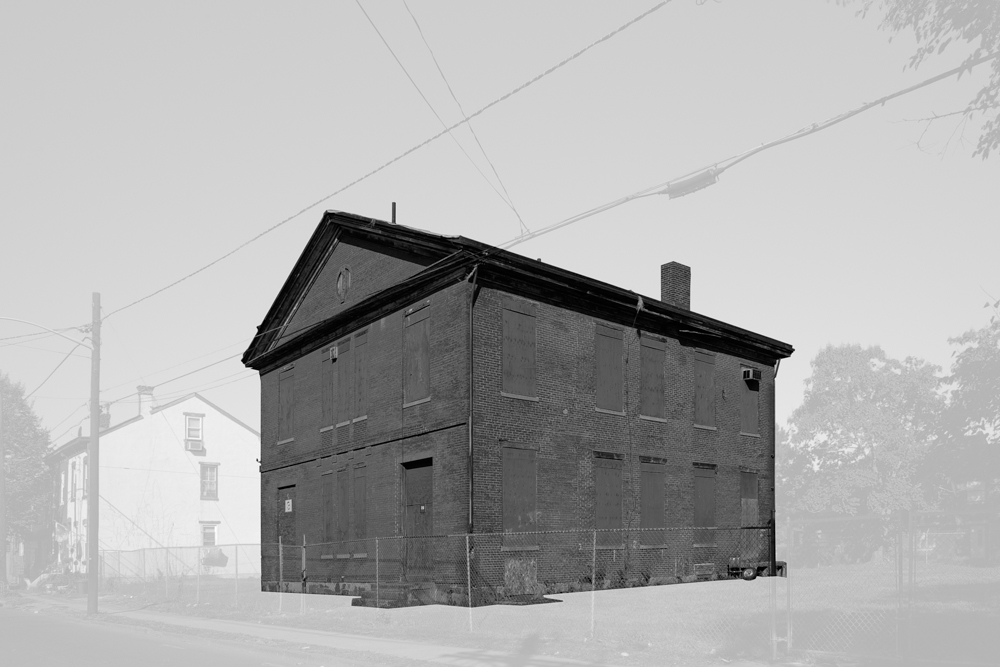 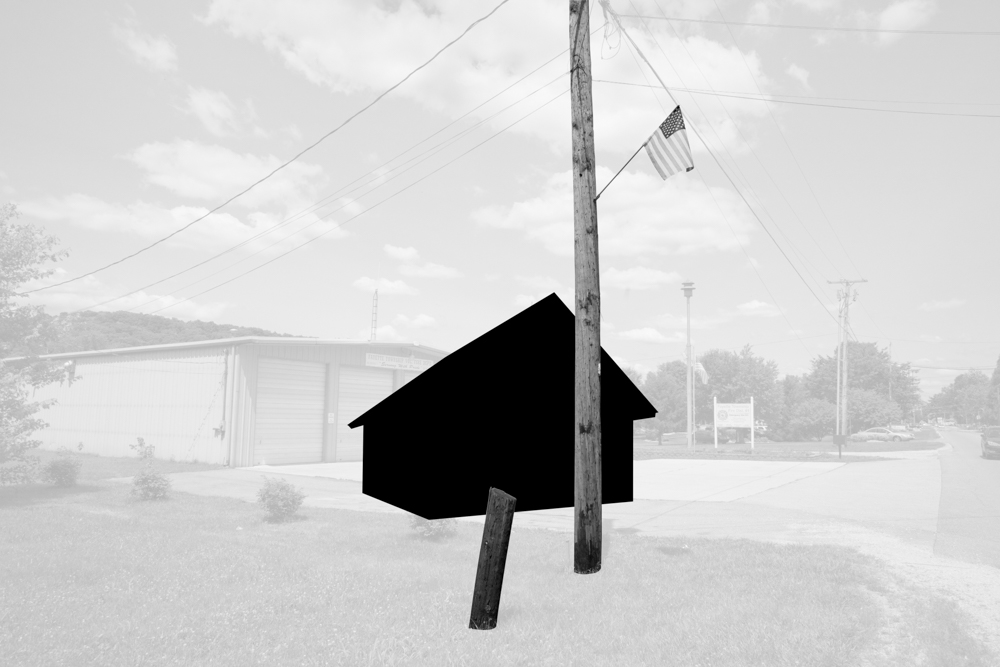 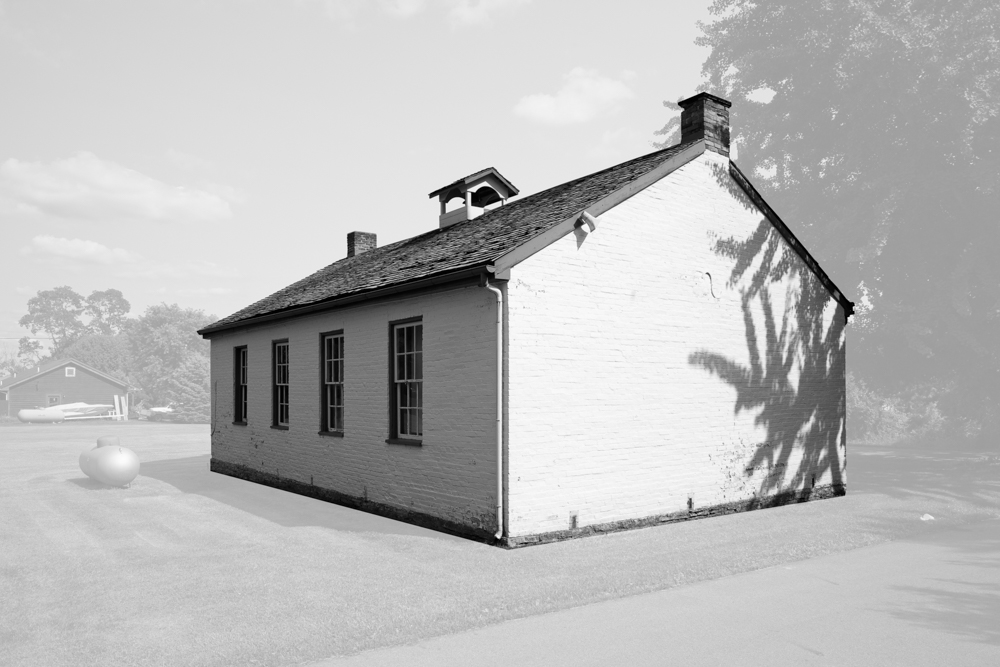 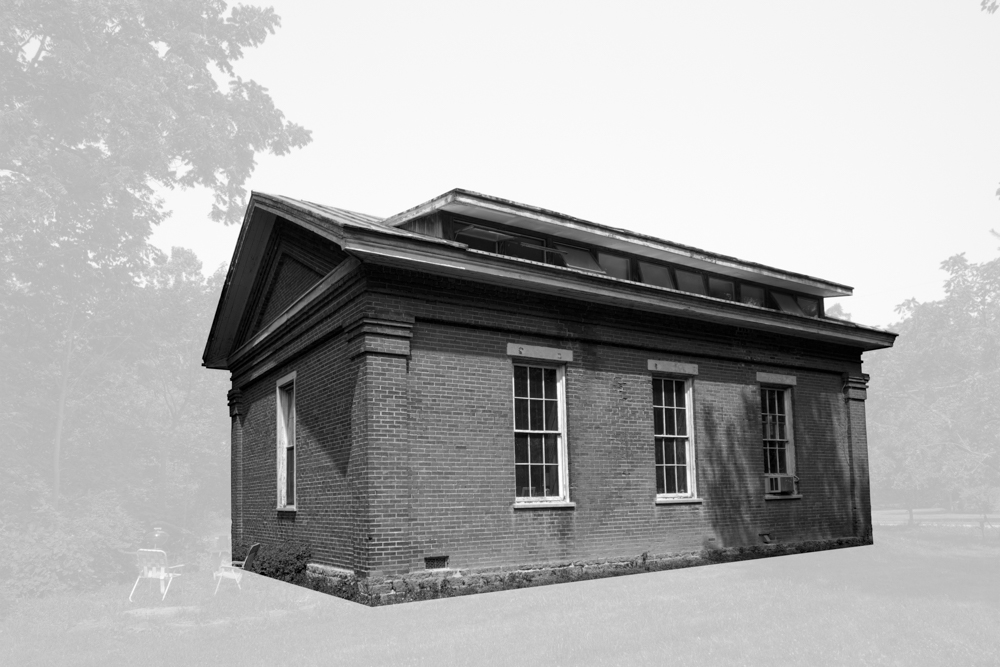 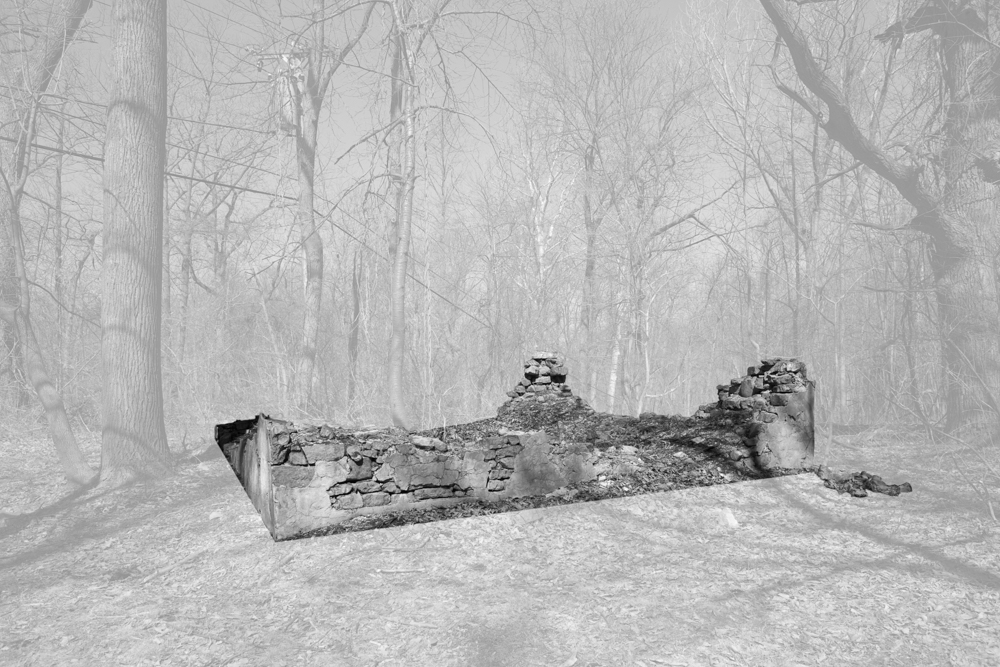 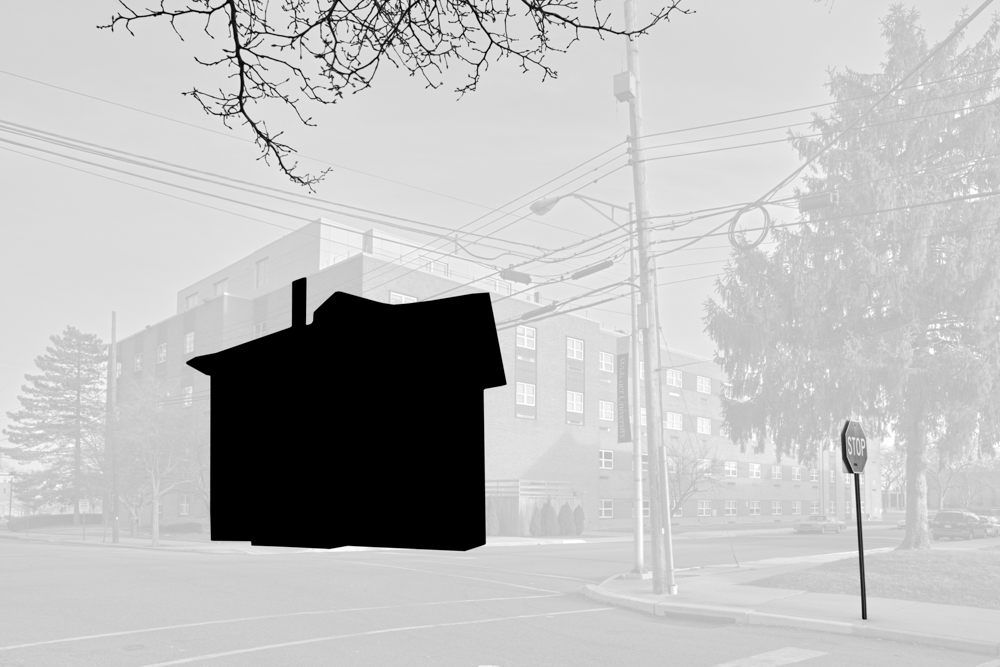