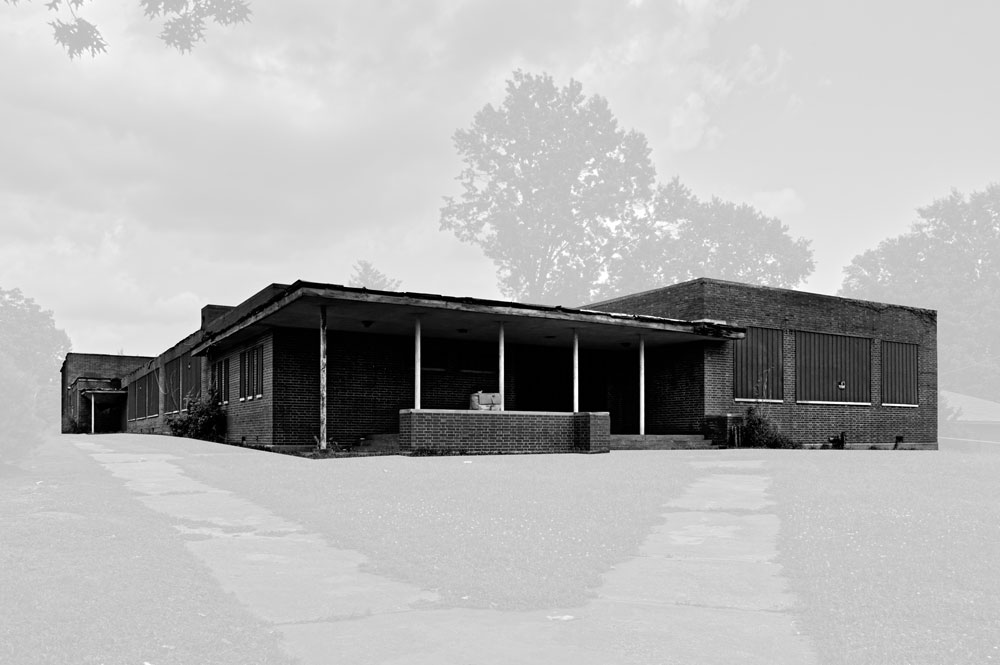 The important, timely, and exciting work of Wendel White, Distinguished Professor of Art at Stockton University, and Tya Alisa Anthony, a Denver-based visual artist will open at the Colorado Photographic Arts Center tonight in the exhibition, Segregated Influences, running through June 2, 2018. This exhibition explores the complex history of race in America with both artists speaking to choices made to segregate or diminish African Americans. Interestingly, both artists use techniques of fading or redaction to create powerful reminders of a country that could not validate being black, shinning a light on the historic marginalizing a population based on skin color. In today’s political climate, this work is more important than ever.

In Schools for the Colored, Wendel White photographs the architectural remains of structures once used as segregated schools for African Americans in New Jersey, Pennsylvania, Ohio, Indiana, and Illinois. The exhibition presents 20 black-and-white images of school buildings that appear isolated from their surrounding landscapes, which are obscured from view using digital techniques. This technique is a representation of W.E.B. DuBois’ famous concept of “the veil,” a metaphor for the divide that separates the lives of black and white Americans.

Tya Anthony’s ongoing series, Complexion, confronts the results of colorism perpetuated within the history of the media. Colorism, distinct from racism, involves discrimination against persons based on skin tone, regardless of their perceived racial identity. Drawing from the archives of the historically African-American lifestyle digest, Jet Magazine, Anthony investigates the contrast between images published in the 1950s and today.

“Unlike today’s Jet Magazine filled with wealthy black celebrities of various skin tones, in the 1950s they printed much fairer skinned women of color with European-inspired hairstyles and created a complex relationship between what was ‘acceptable’ and reality,” writes Anthony.

The exhibition includes 13 images of figures from Jet that Anthony has manipulated digitally, printed, then physically altered, asking the viewer to consider the cultural complexities of the black experience.

Although each artist takes a vastly different approach, both artists use the power of photography to illuminate America’s complex history of race in ways that can help increase our understanding of social conditions today.

Schools for the Colored by Wendel White 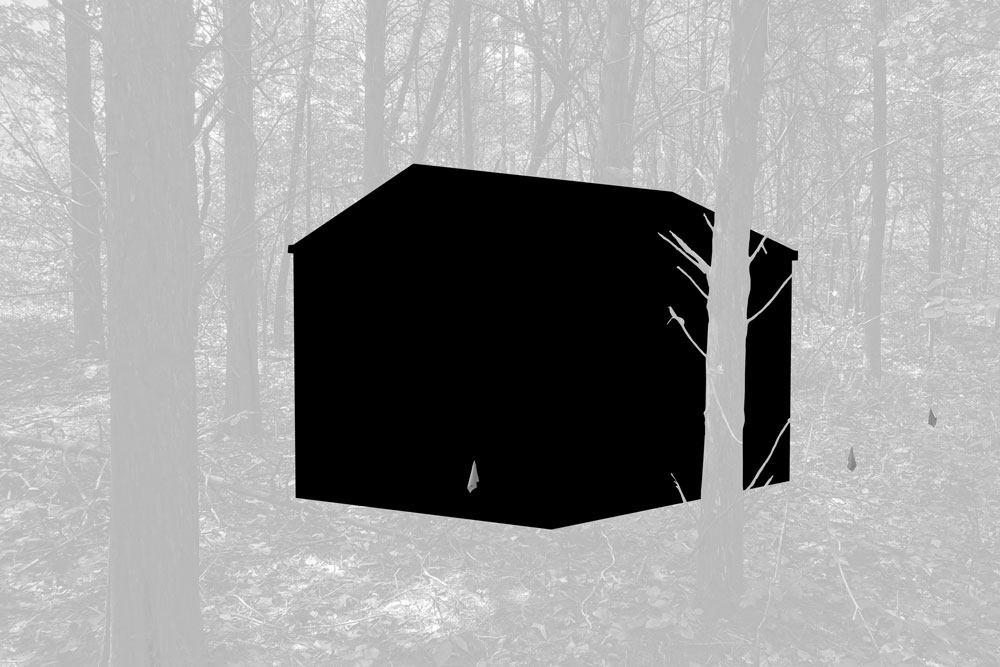 In W.E.B. DuBois’ The Souls of Black Folk he describes an early school experience, “… I was different from the others; or like, mayhap, in heart and life and longing, but shut out from their world by a vast veil.”

Schools for the Colored is an extension of the photographic work and social concepts in the project Small Towns, Black Lives, in that; it is a continuation of my journey through the African American landscape. I began making photographs of historically African American school buildings during the very first weeks of the Small Towns, Black Lives project more than twenty-five years ago. In Schools for the Colored I began to pay attention to the many structures and sites (also making photographs of places where buildings once stood) that operated as segregated schools. 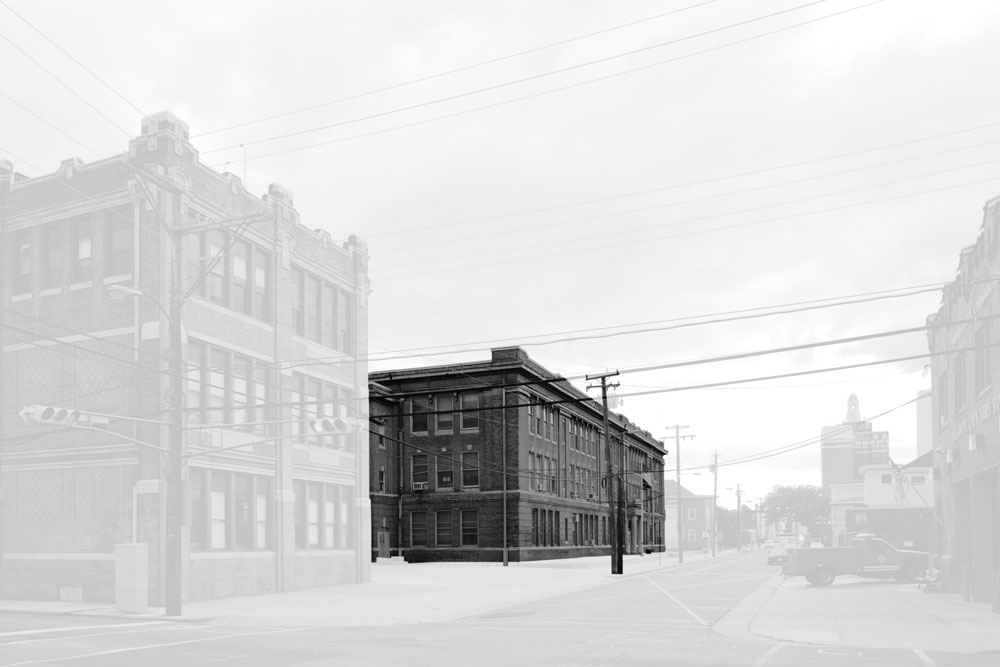 These photographs depict the buildings and landscapes that were associated with the system of racially segregated schools established at the southern boundaries of the northern United States. This area, sometimes referred to as “Up-South,” encompasses the northern “free” states that bordered the slave states. Schools for the Colored is the representation the duality of racial distinction within American culture. The “veil” (the digital imaging technique of obscuring the landscape surrounding the schools) is a representation of DuBois’ concept, informing the visual narrative in these photographs. Some of the images depict sites where the original structure is no longer present. As a placeholder, I have inserted silhouettes of the original building or what I imagine of the appearance of the original building. The architecture and geography of America’s educational Apartied, in the form of a system of “colored schools,” within the landscape of southern New Jersey, Pennsylvania, Ohio, Indiana, and Illinois is the central concern of this project. – Wendel White 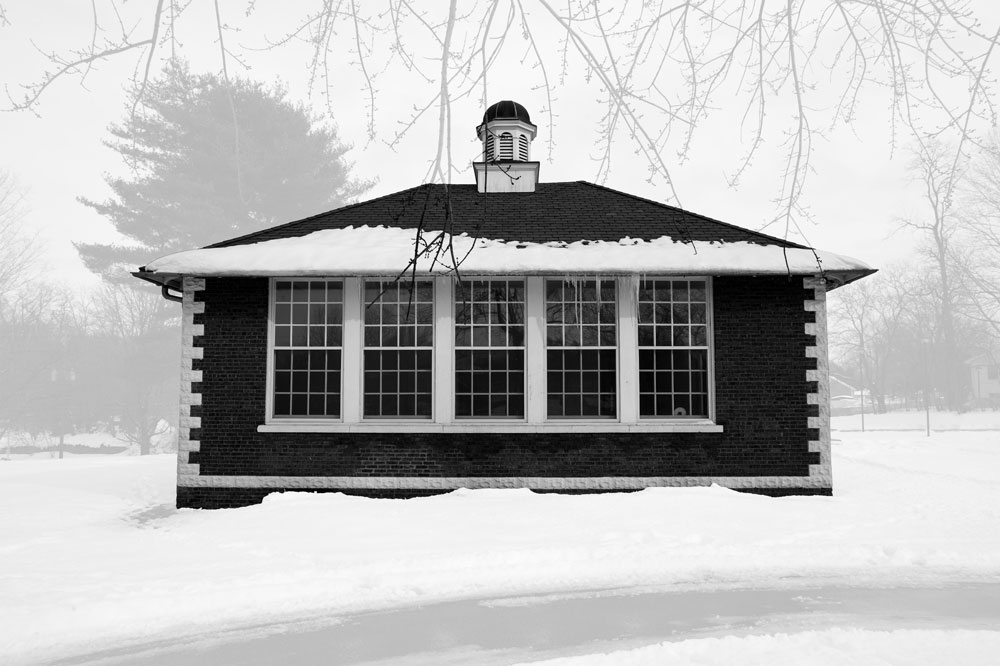 Wendel A. White was born in Newark, New Jersey and grew up in New York, Pennsylvania, and New Jersey. He was awarded a BFA in photography from the School of Visual Arts in New York and an MFA in photography from the University of Texas at Austin. White taught photography at the School of Visual Arts, NY; The Cooper Union for the Advancement of Science and Art, NY; the International Center for Photography, NY; Rochester Institute of Technology; and is currently Distinguished Professor of Art at The Richard Stockton College of New Jersey. 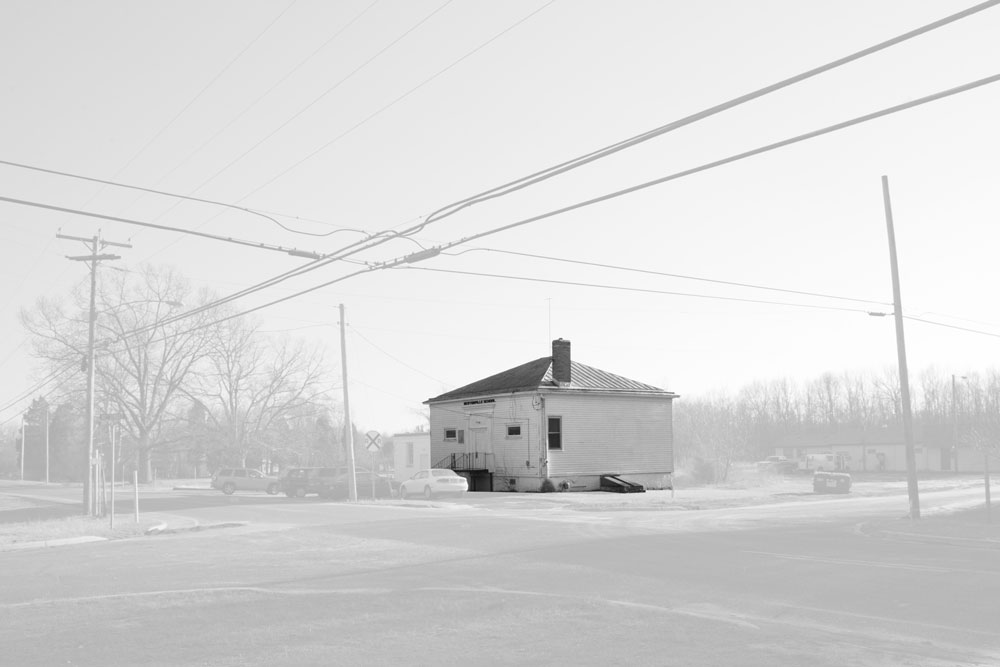 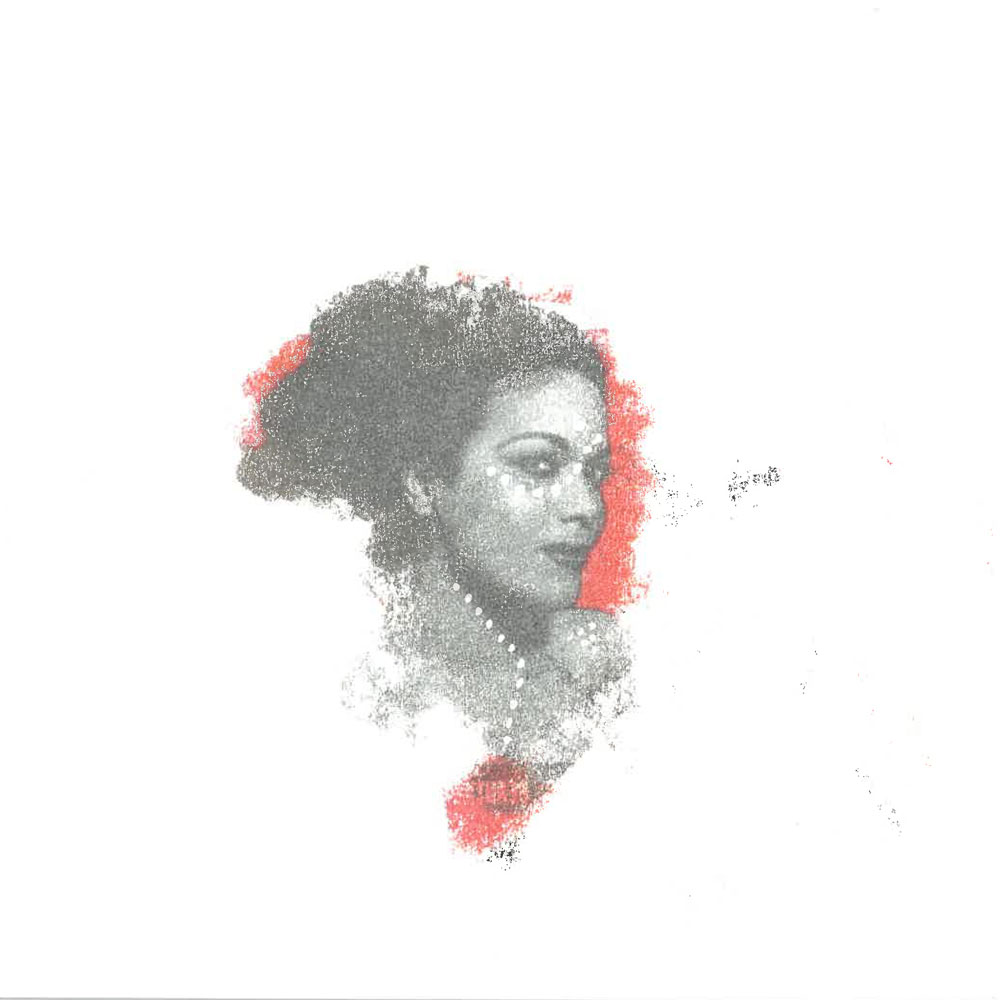 Complexion is a new media work in progress this series confronts foundations and outcomes of colorism perpetuated within the history of the media. Each image is carefully considered then mined from the digital archives of the historically African-American digest surrounding black lifestyle, Jet Magazine. The series investigates the complex idealized imagery of the 1950’s in contrast with the contemporary version of the magazine, strictly produced for digital consumption. The digital medium speaks to a privileged audience with access to technology and excludes a segment of the culture. This is profoundly similar to the way that people of color were represented and excluded in the magazine in the 1950’s. – Tya Alisa Anthony 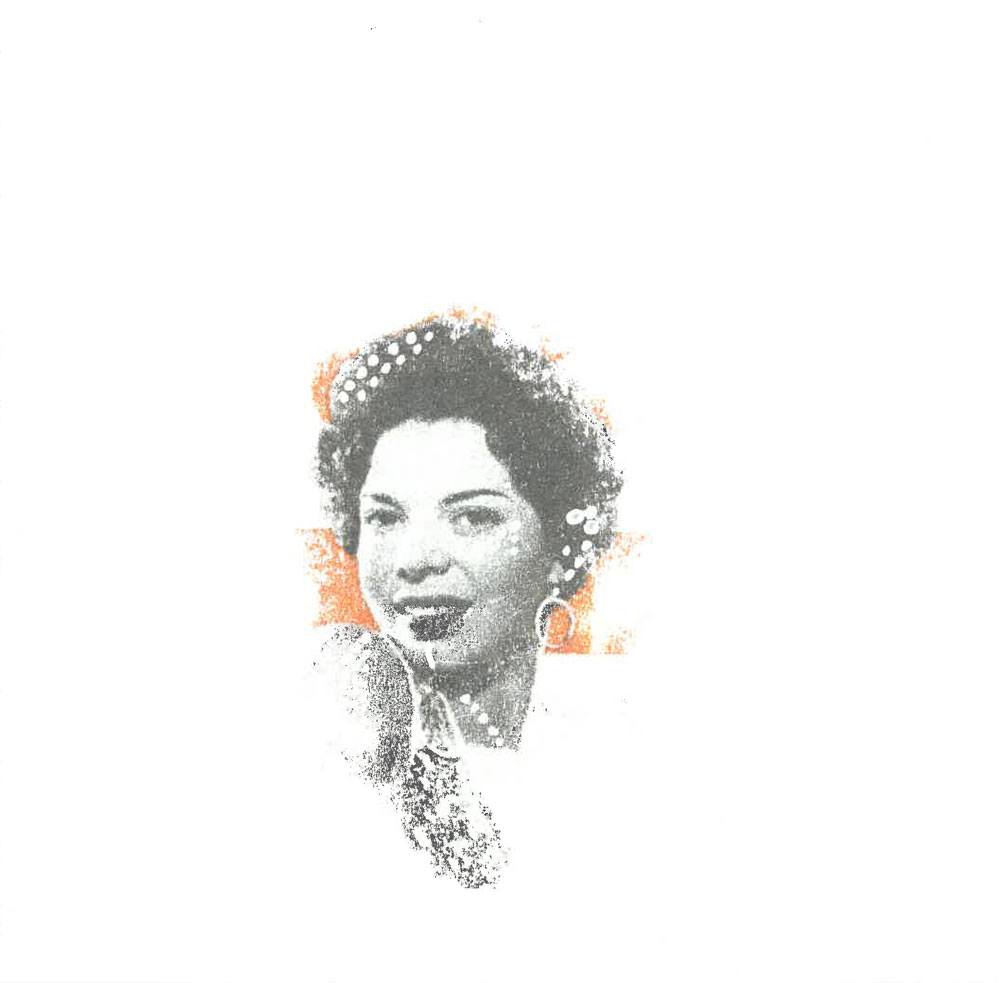 When the concept of the American Dream was introduced to people of color in the 1950’s, they were misrepresented as a whole by the imagery the magazine produced. Unlike today’s Jet Magazine filled with wealthy black celebrities of various skin tones, in the 1950’s they printed much fairer skinned women of color with European inspired hairstyles and created a complex relationship between what was acceptable and reality.

The digitally then physically manipulated series creates an intuitive process in which I place focus on the figures represented by the magazine. Selectively transferring the photographic images onto paper asks the viewer to consider the image and its significance to the cultural complexities of the black experience. – Tya Alisa Anthony 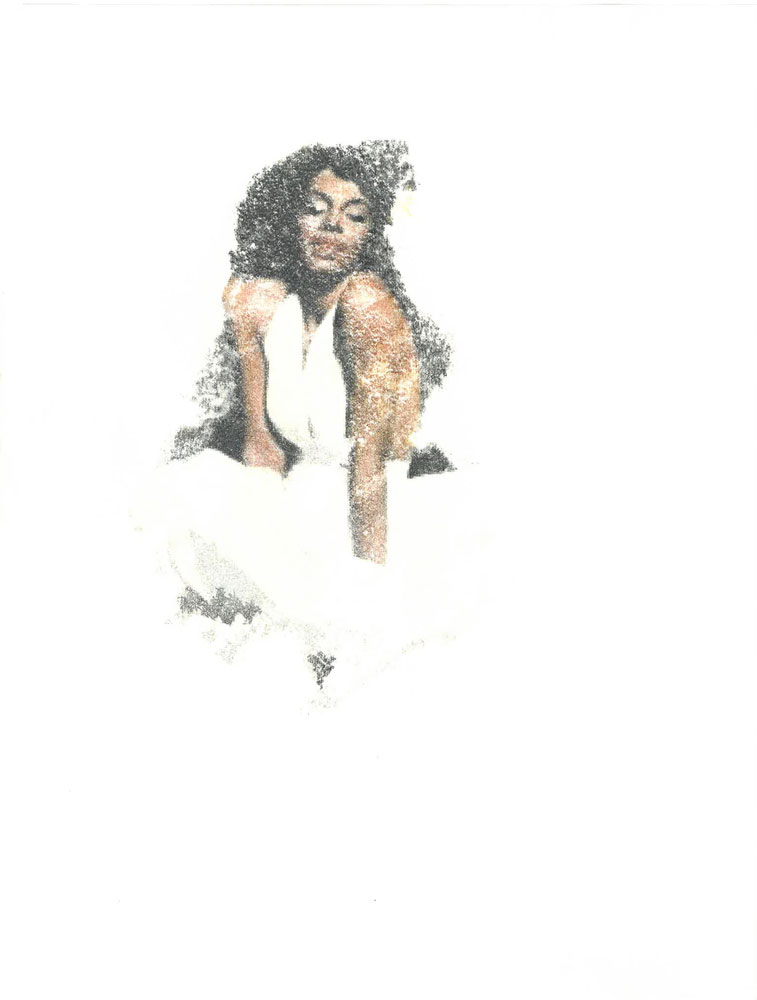 Tya Alisa Anthony explores themes of identity through photography, mined media and charged objects. While approaching socially illuminated topics involving people of color, the core of Anthony’s work exists within photography and abstraction. Anthony received a BFA in 2015 from Rocky Mountain College of Art + Design. Presently, Anthony lives and works in the city of Denver, producing photography and fine art installations for both commissions and exhibition. 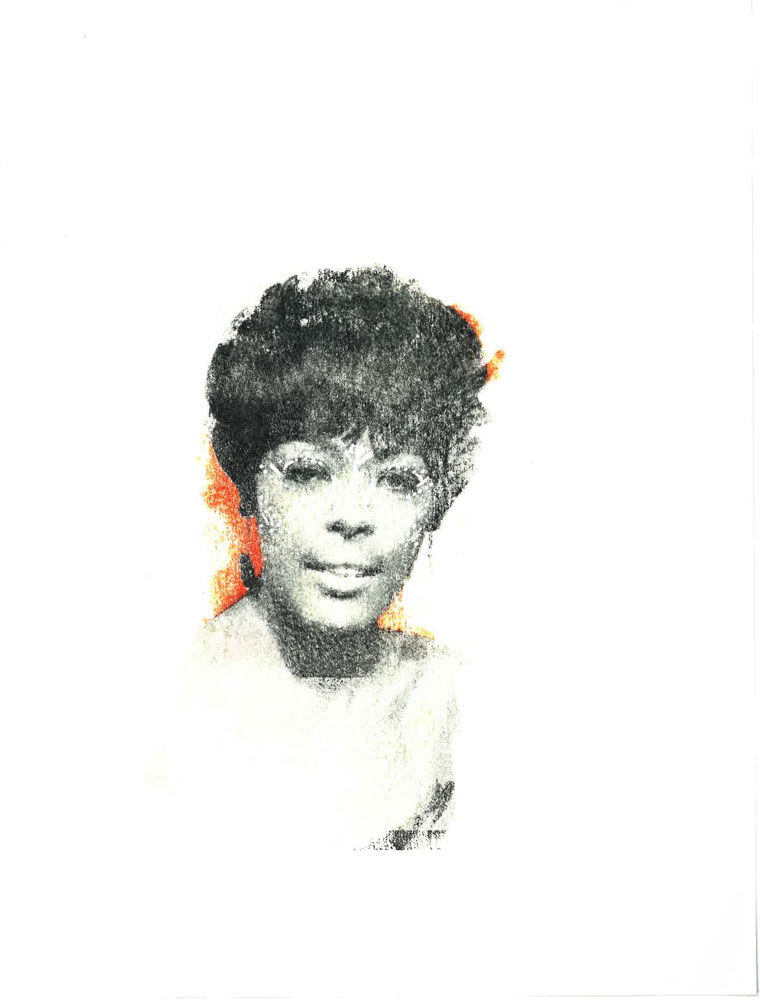 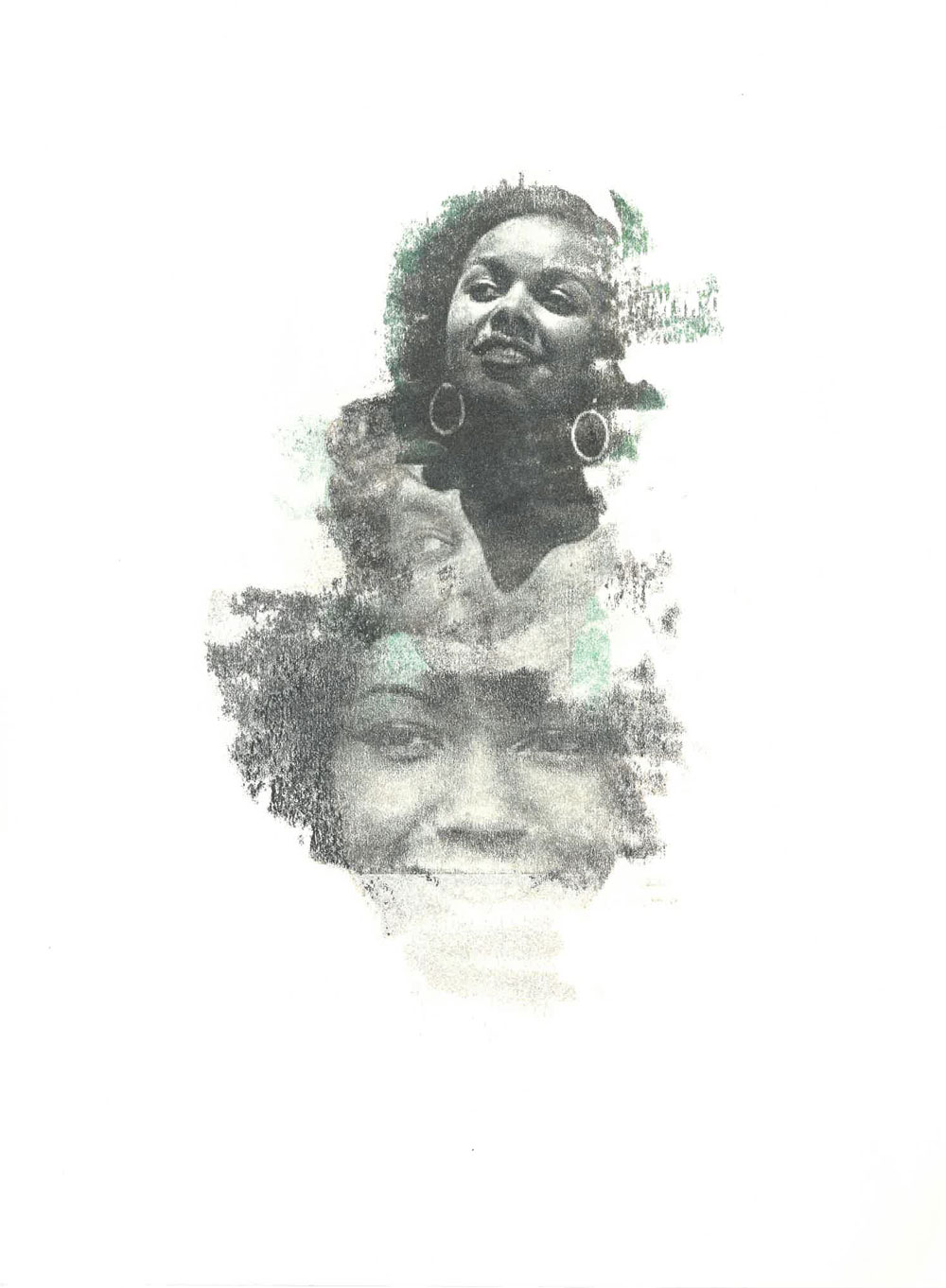