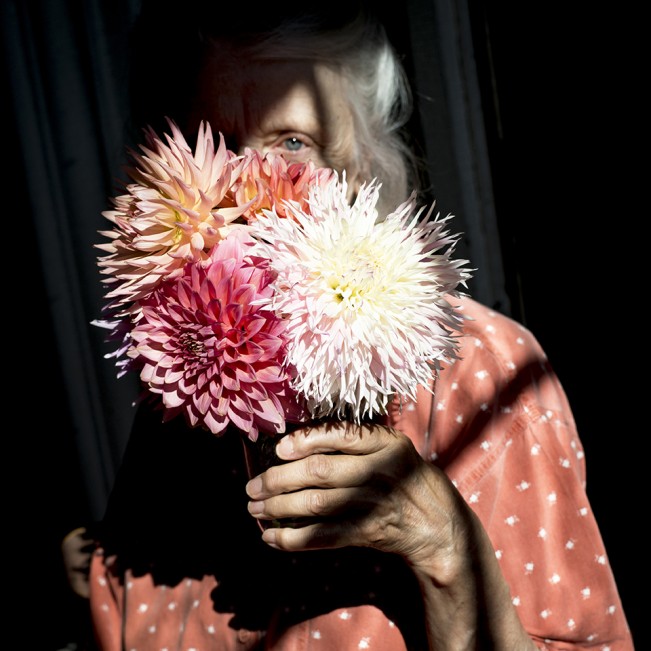 Sometimes, it’s what is hidden that creates the magic in our photographs. Yoffy Press has just released a new Triptych book series titled Reveal, featuring  the work of Cig Harvey, Andrea Modica and Debbie Fleming Caffery. “Each artist has It considers what the photograph exposes and what it keeps secret, what the viewer is meant to know andwhat the artist wants to hold close. The reveal is intentional or accidental, transformative or suggestive. And sometimes, the veil shifts just enough to give us a glimpse of something truly real, raw, and exceptional.

Reveal is the fourth set in Yoffy Press’ Triptych series. In each Triptych, three artists are given a word to inspire the creation of a small book of work. The three resulting books are sold as a set, inviting the viewer into the collaboration to make connections between the projects and the overarching theme.” 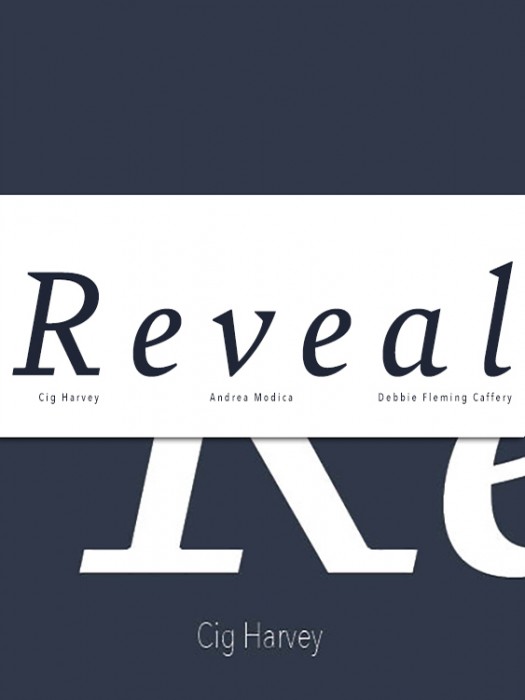 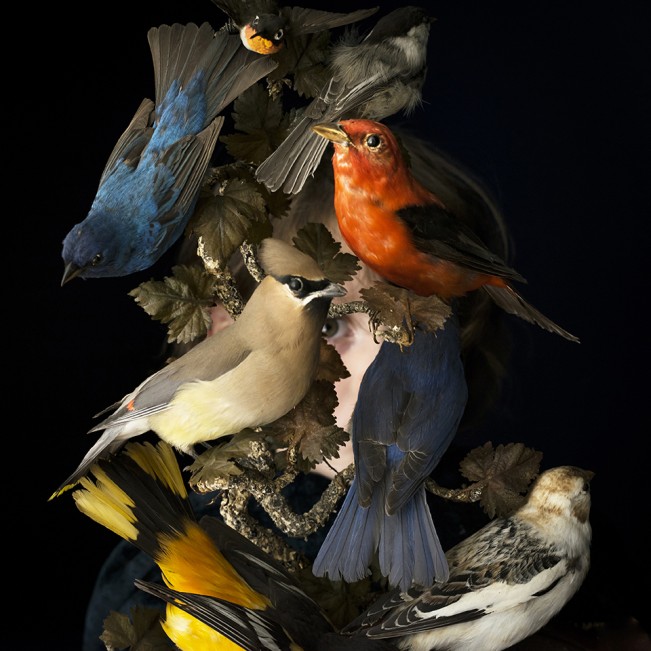 When you stare and resist the urge to blink, your eyes will flood and soon you will be crying like a baby. Ayurvedic medicine uses this method as a way to cleanse the soul.
Shakespeare coined the aphorism the eyes are the windows to the soul, but photography is a dark pool of distorted mirrors. How can we possibly know a person just by staring at their picture?
I google eyes are the window to the soul, and there is an article on physiological responses of the eyes. Some of this you can fake, but your pupils always betray your true emotion.
Watch them swell as they respond to love,
fear,
beauty,
intrigue;
a reflex just like blinking, coughing, sneezing, blushing, scratching, yawning, gagging, shivering.
It’s a gasp for the eyes. –  Cig Harvey 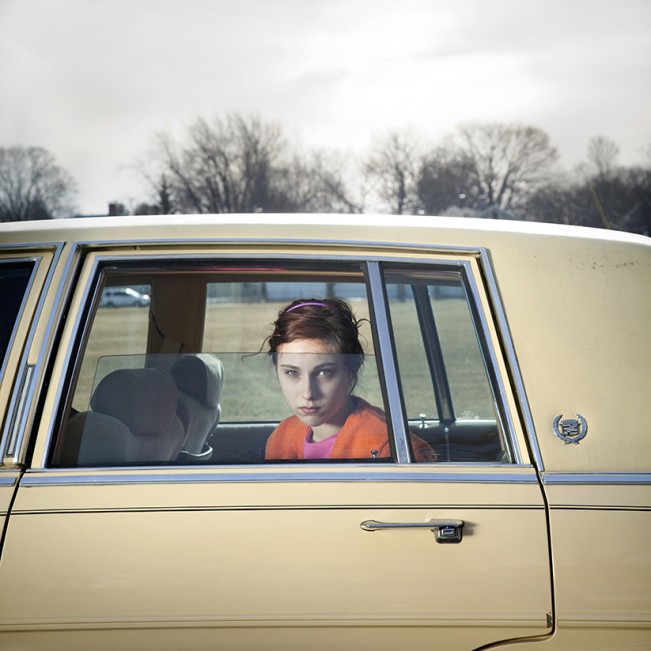 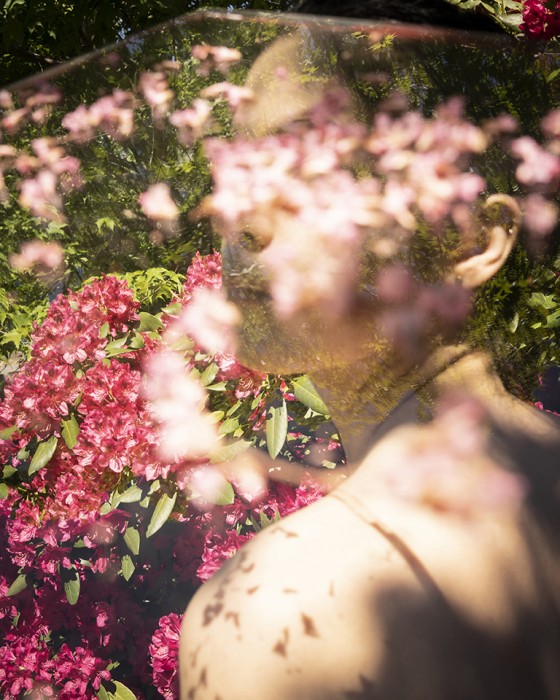 ©Cig Harvey, All The Rhododendron 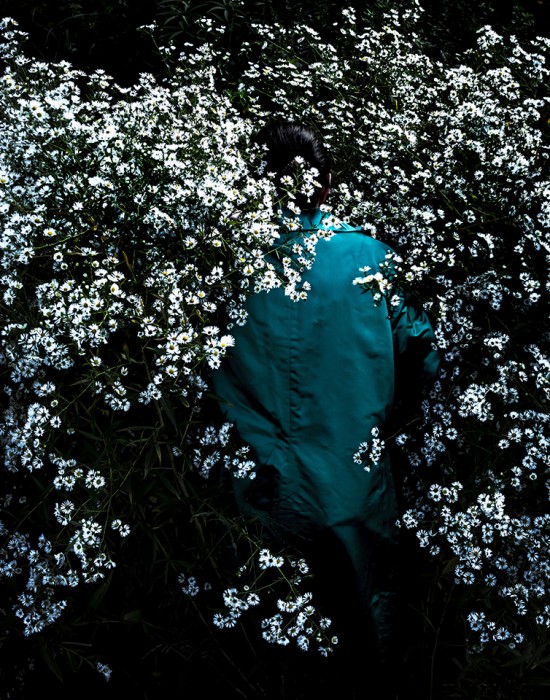 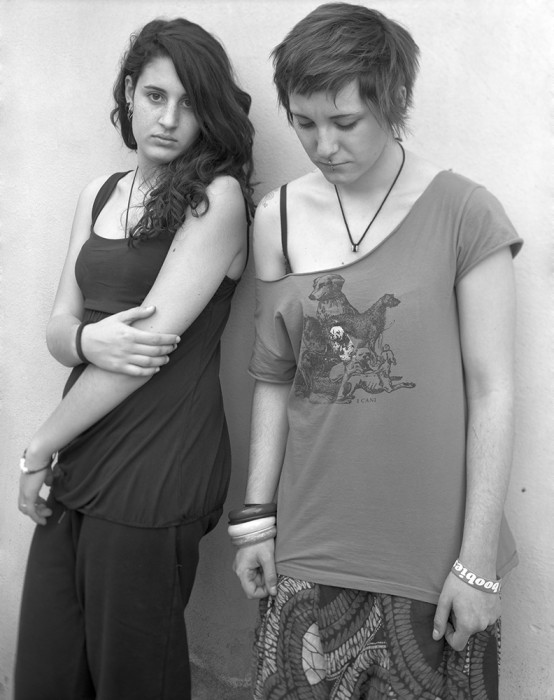 I began photographing pairs in earnest while an artist-in-residence at the Loomis Chaffee School in Windsor, Connecticut. Upon my arrival on campus, I set up my 8X10” camera, fully intending to make portraits of individuals, reveling in the opportunity to live among high school students. However, more often than not, the teenagers showed up to be photographed with their best friends. Thankfully, I relinquished control and welcomed these friends into the frame. I found the results fascinating in terms of the pairings, as well as the emergence of power struggles that often occurred in front of the camera.

The view camera requires slowing down, which encourages conversation and collaboration between photographer and subject. Information unfolds during this dance, revealing things I could never imagine nor invent. For precisely this reason, the large format camera is responsible for my ongoing passion for our medium throughout my four decades as a photographer. I returned home from Loomis Chaffee to continue this newfound work in several Philadelphia high schools, and when I received an Anonymous Was a Woman Award, I continued photographing best friends at a high school in my second hometown of Modena, Italy. This publication is a selection of work done with best friends in all these high schools. – Andrea Modica, 2020 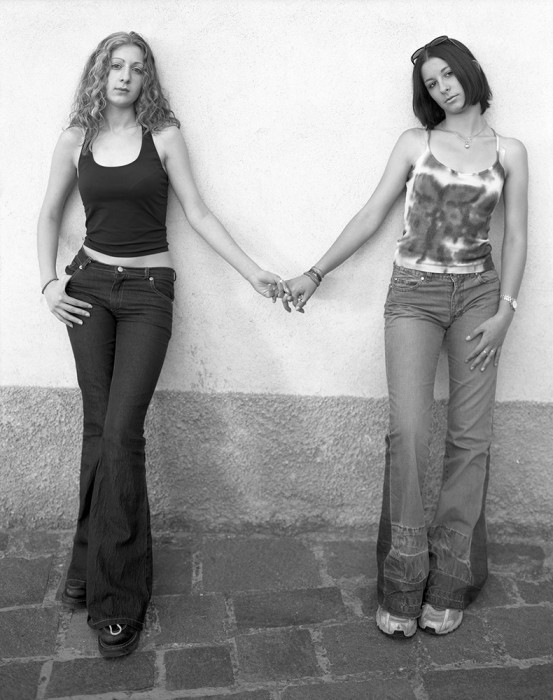 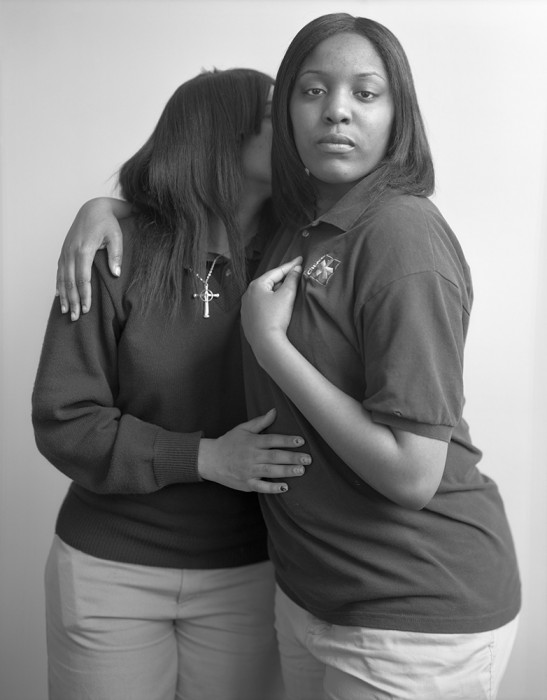 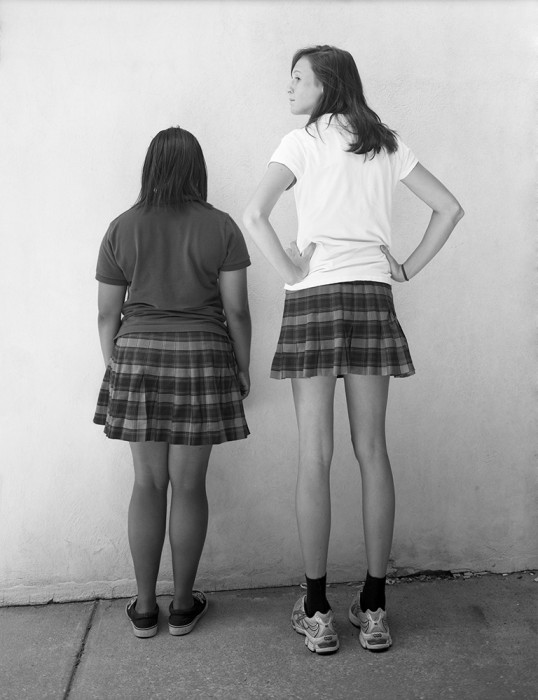 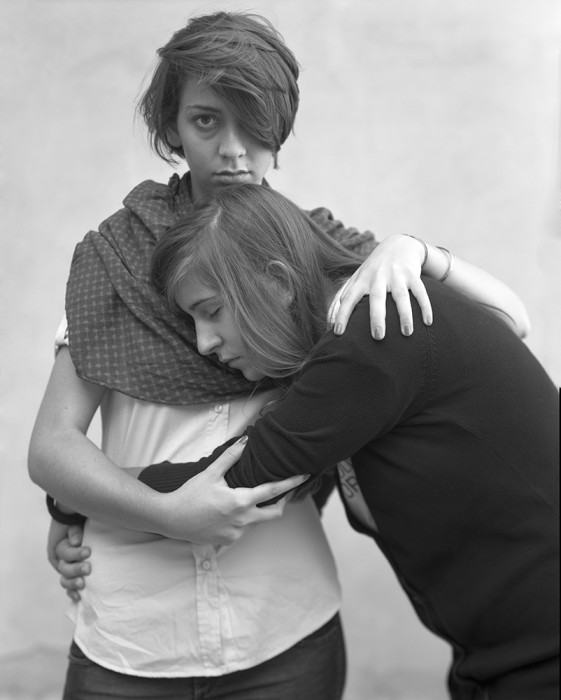 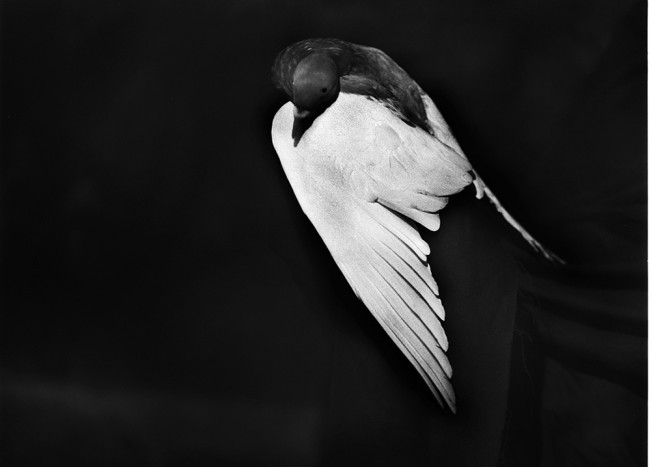 When I was was a child, I would walk with my cousins to their house after school, and our route took us past a bar. Our parents had told us to walk fast and never look in. One day I looked and saw my Grandfather sitting on a stool at the bar, all dressed up in the usual suit he wore. It was kind of a revelation, and it left an image in my mind that I will never forget.

I also remember driving around with my Grandfather into the countryside and being struck by the beauty of the sugar cane harvest – the burning of the cane fields, the intense play of light on the smoke billowing from the sugar mills. He was a quiet, thoughtful person, and he taught me to pay attention to the world around me – to allow it to reveal itself.

Many years later, I met an extremely handsome man in a graveyard at night in Mexico while I was photographing. He was curious, not surprisingly, about what I was doing there. We became great friends. Years later, he told me that night he thought I was a witch. Eventually, he realized I wasn’t. That he thought I was a witch, but still befriended me, revealed so much about who he was, and I think my artistic interests were a source of amazement and revelation to him.

In my work, I am often drawn to imagery that reminds me of revealing memories. And I often go back to the places where certain revelations happened. Inspiration and revelation are intertwined, and they feed into each other. As do coincidence and timing.

Today, I remain fascinated by the dark interiors of bar rooms in small towns, graveyards and churches at night. Every winter during the sugar cane grinding season, I return to the fields, and sugar mills – to see what they reveal. I am never disappointed. – Debbie Fleming Caffery 2020 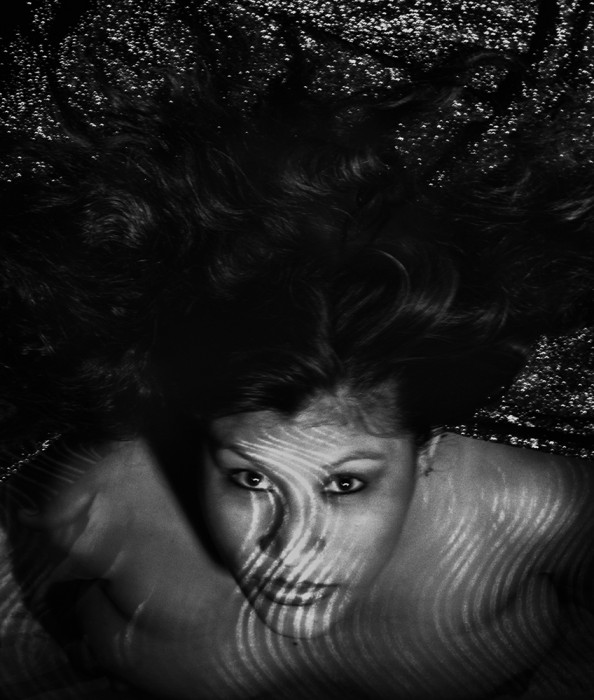 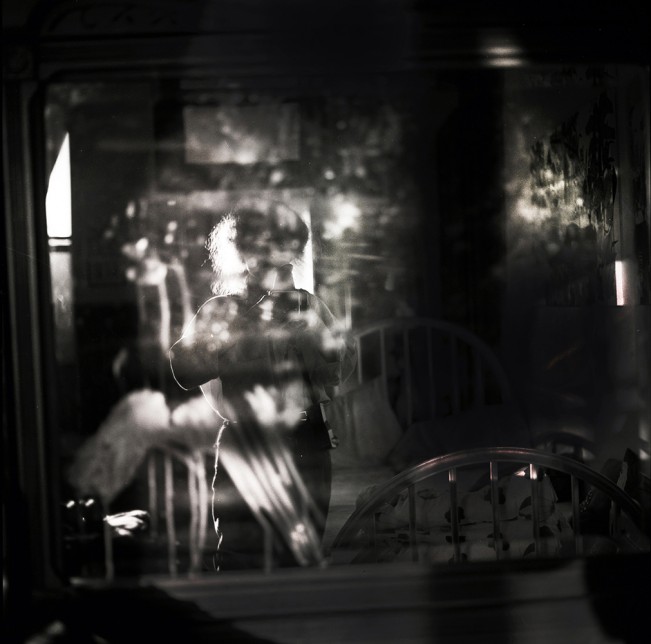 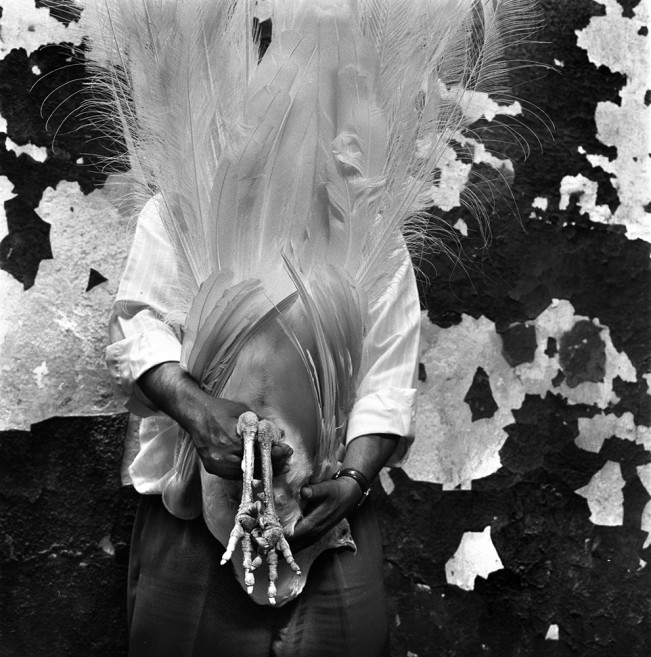 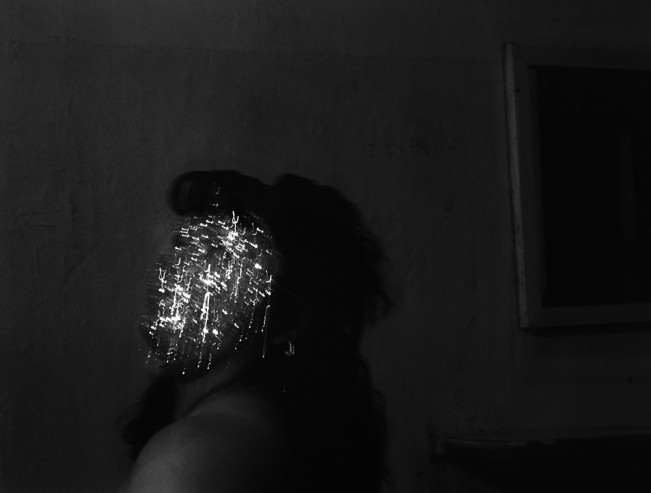