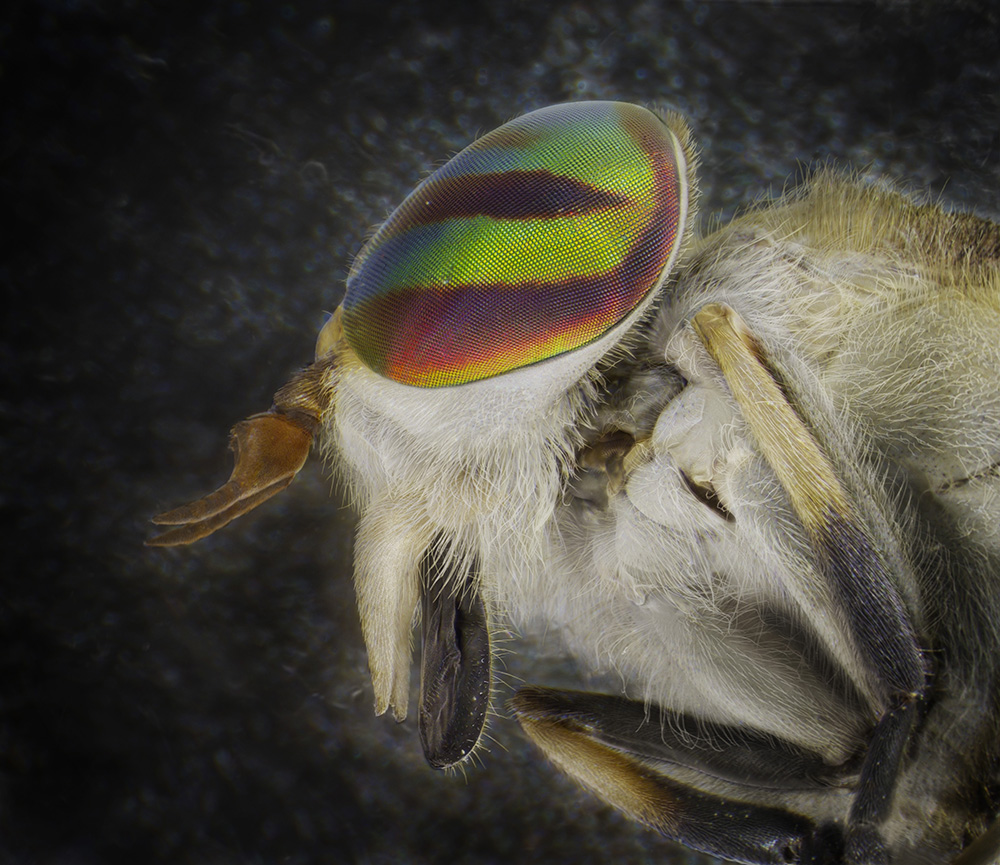 Daniel Kariko is an artist and educator based in North Carolina. In his series Suburban Symbiosis: Insectum Domesticus (2011-2019),  ( a new publication Aliens Among Us) he investigates the cultural interpretation of inhabited space by photographing insects found within the suburban landscape. He creates unique portraits by combining multiple images created by a Scanning Electron Microscope and optical Stereo Microscope. By digitally compositing the color images from the Stereo Microscope with the monochromatic images from the SEM, he is able to mimic each insect’s realistic color and retain the detail of electron microscopic imaging.

Inspired by the tradition of the 17th Century Dutch Masters, the portraits of the insects possess a grandeur quality, emphasized by detailed realism and an element of drama created by light and color. The combination of art and technology has enabled Kariko to engage imaginations by offering the viewer a window to the seldom seen visual magnificence of insects. 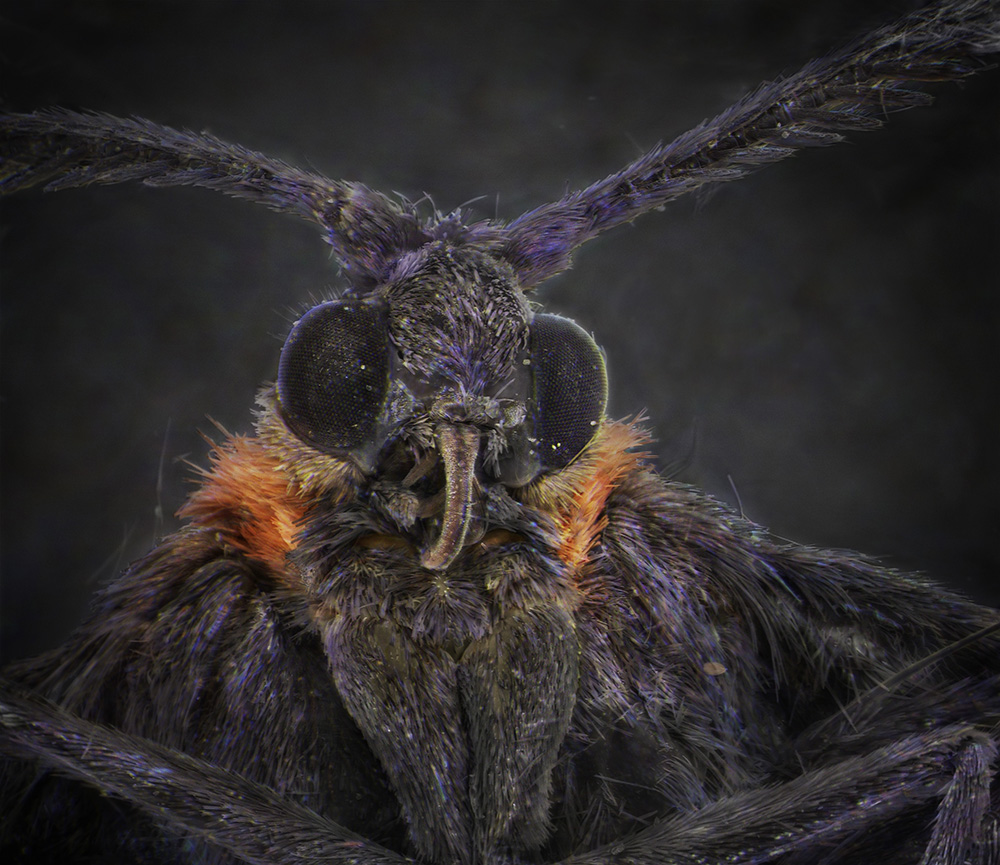 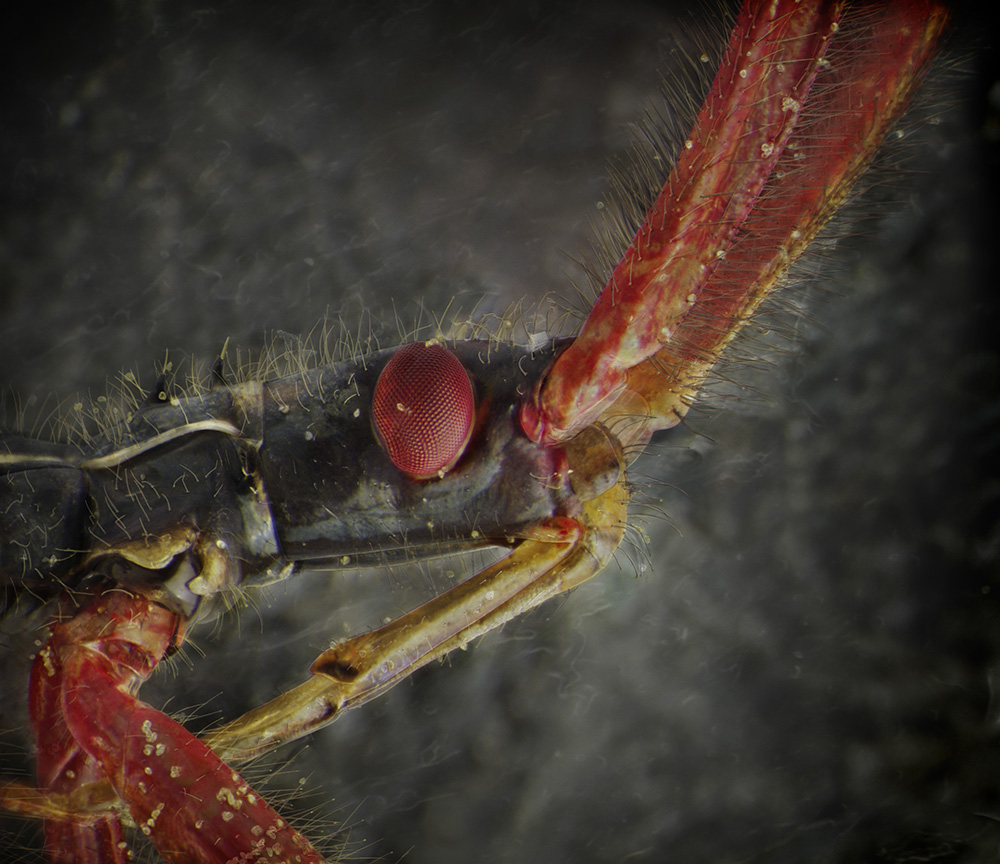 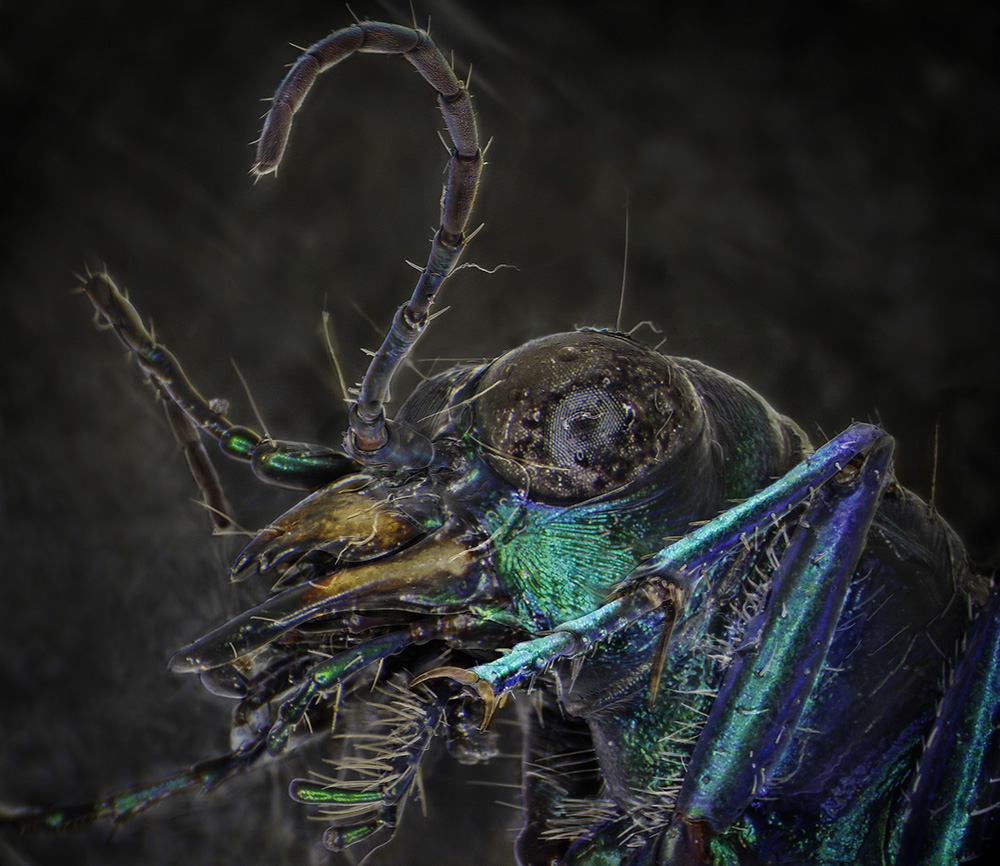 Insects find way into our homes no matter how vigilant we are in our effort to keep the nature on the outer side of our windowpanes. During my inquiry into suburban experience, I started recording the indoor wildlife consistent with the environment my subdivision occupies.

These little (and sometimes not so little) invaders are natural product of our own occupation of their habitat. As we keep expanding our subdivisions to the outskirts of towns, we inhabit recently altered environments. In general, I study environmental and political aspects of landscape, use of land, and cultural interpretation of inhabited space. This anthropomorphic presentation of our closest, often invisible, co-habitants in a humorous, quasi-scientific way, is an invitation to consider the evidence of the human impact on the landscape as we constantly redraw boundaries between us and the natural environment.

Insects I photograph are found during my daily routines, either at home, or at work, and are titled after an unspecified location, and a partial date, further hinting on scientific specimen presentation device. These Images are meant to be portraits of our often-overlooked housemates.

Our planet is a home for estimated five, perhaps ten million different kinds of insects. Most scientists agree that there are more undiscovered than identified insects so far. It is estimated that they represent 80 percent of all the species in the world. And yet, in spite of their numbers and variety, insects are vanishing at an alarming rate. From newsworthy bee colony collapses to recent noticeable absence of dead insects on our windshields, some species fell by 75% to 90% in the last 20 years. As they are not charismatic megafauna, theirs is a silent extinction. An elimination from the natural record that is invisible to an average person, and caused by habitat loss, pesticides, herbicides, and climate change. Most of the species of insects are likely to disappear before they are even discovered and described by entomologists. These portraits are an attempt to put you face to face with some of the most common of your tiny neighbors, and share their beauty, character, otherworldliness, and intricacy. 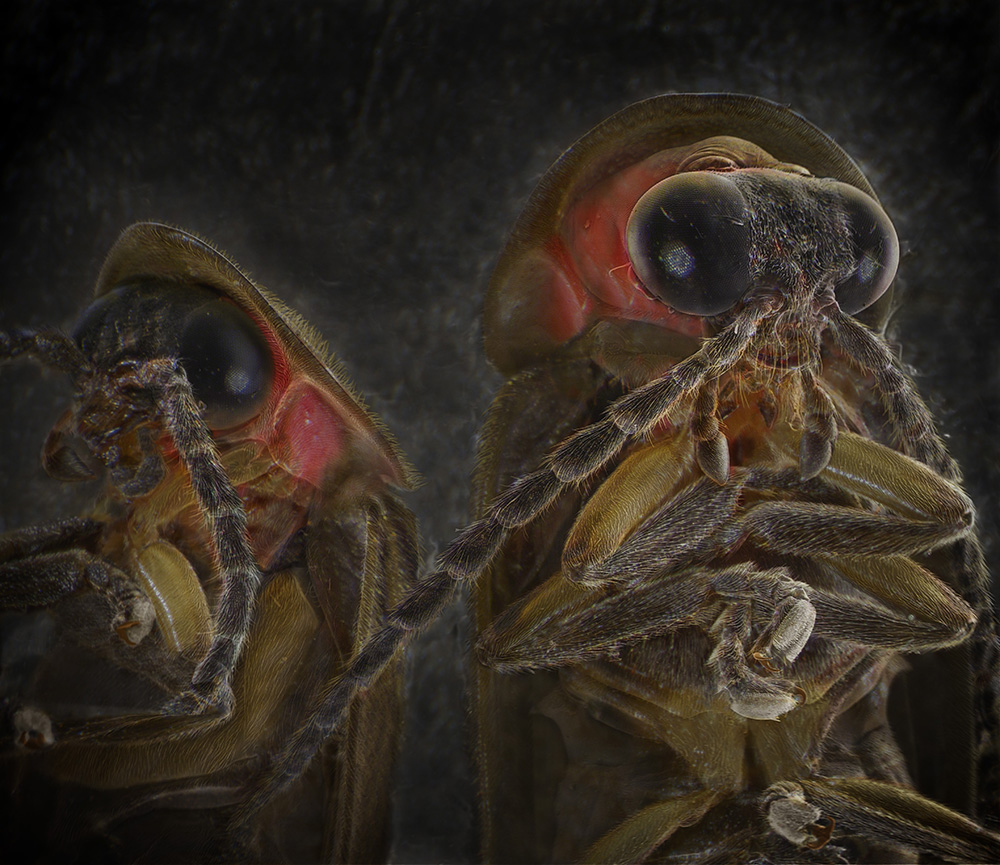 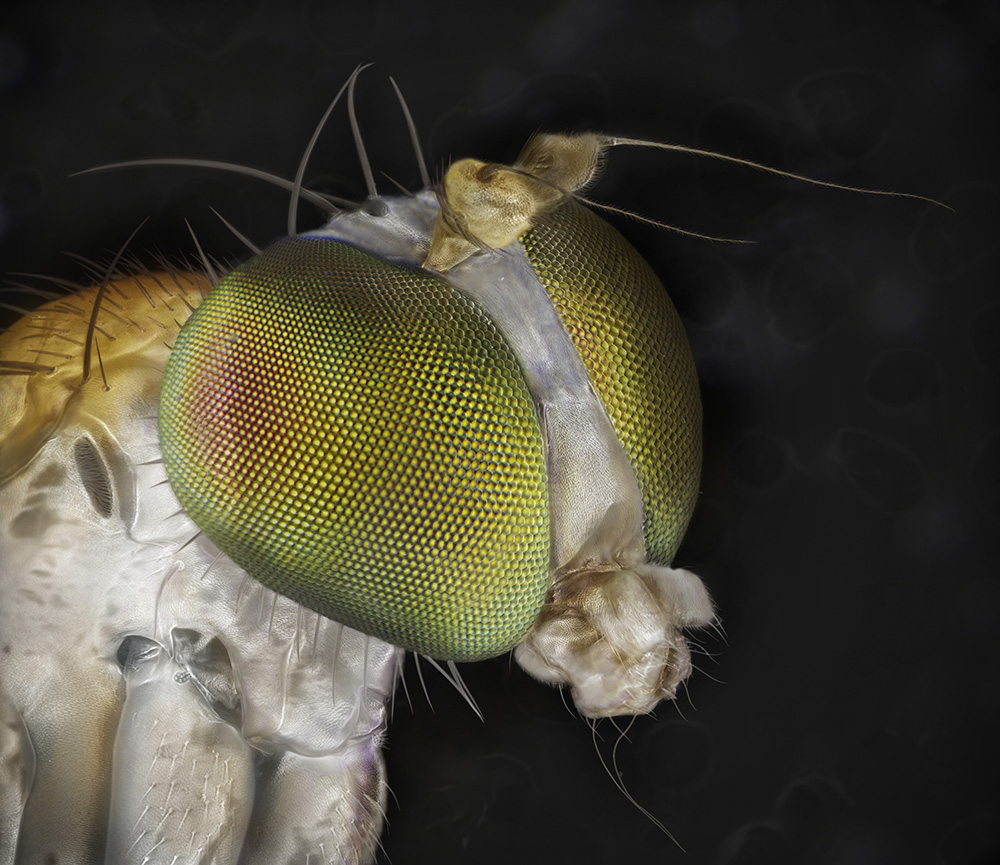 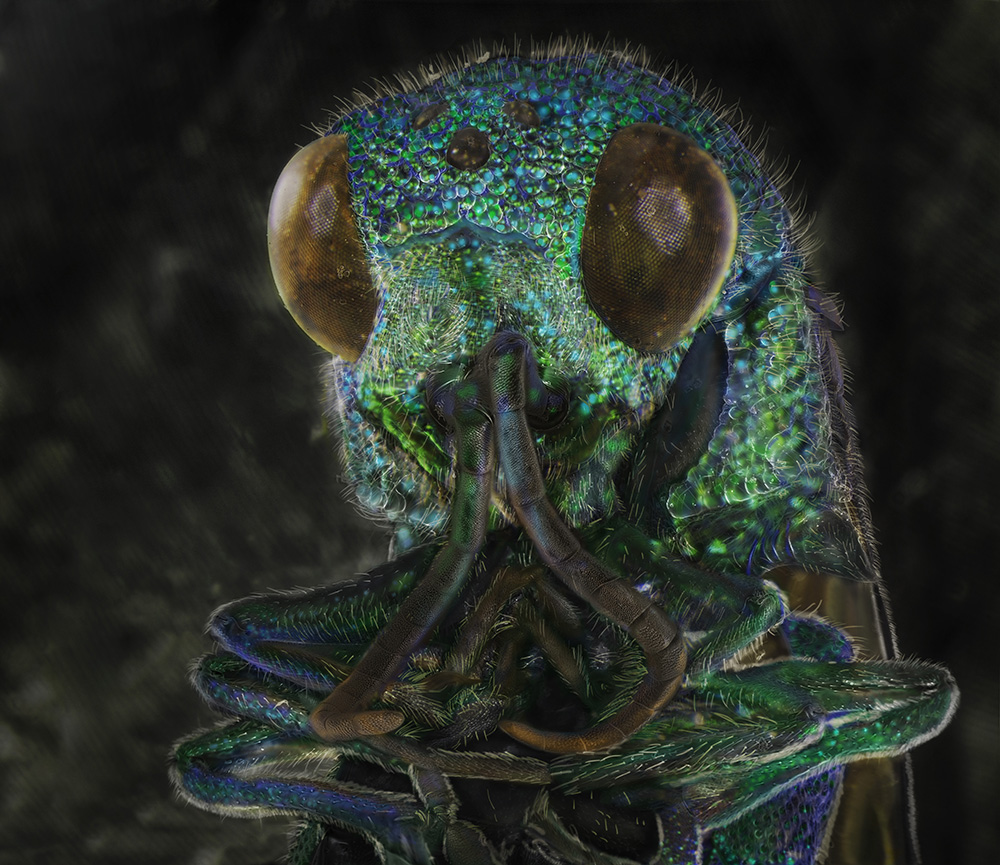 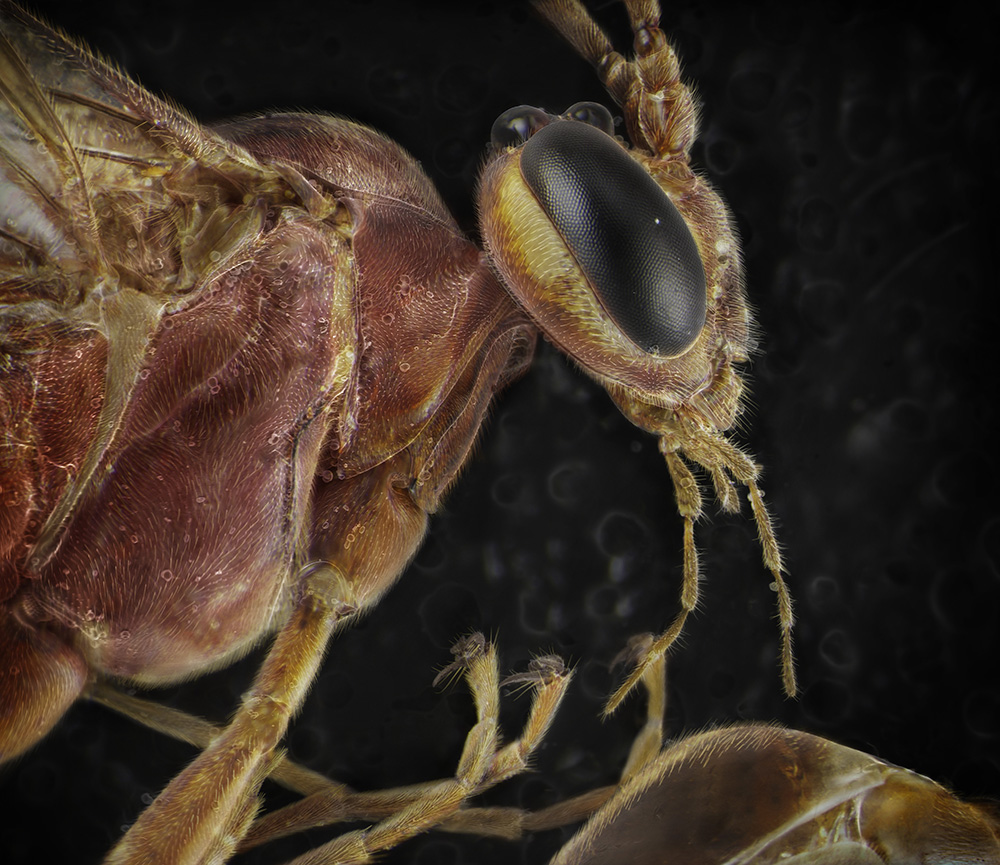 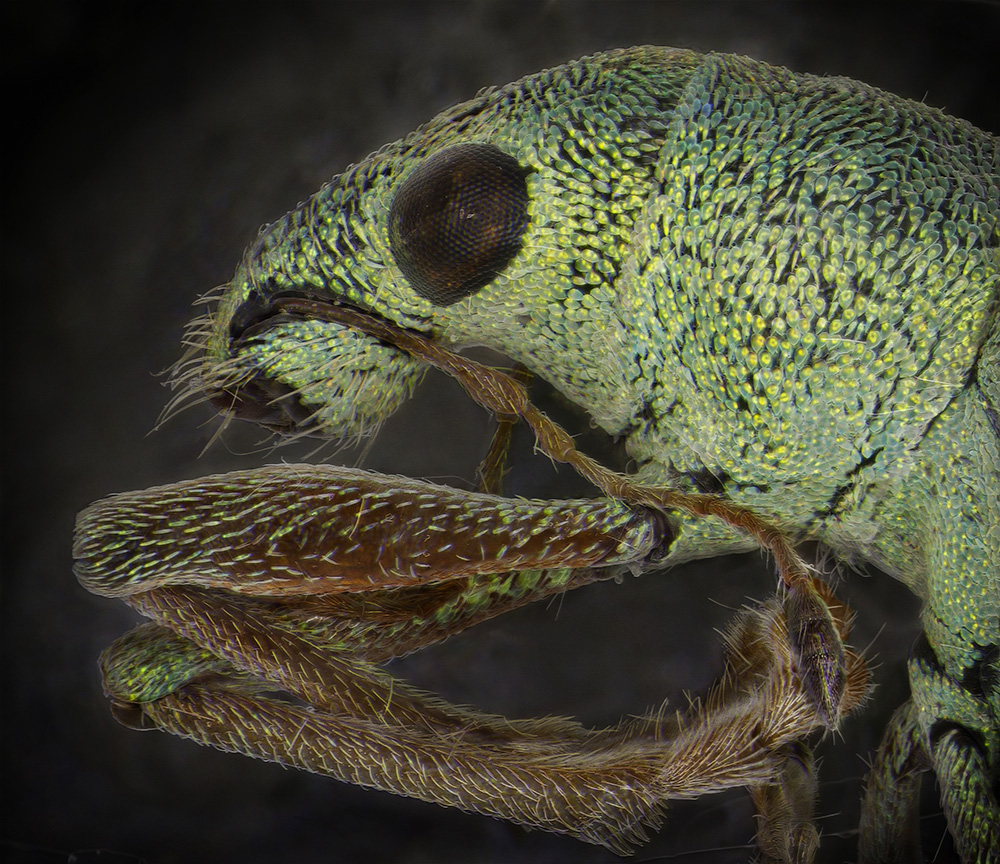 Daniel Kariko is a North Carolina based artist, and an Associate Professor of Fine Art Photography in School of Arts and Design at East Carolina University, in Greenville, North Carolina. Kariko is currently serving as an Assistant Director of the ECU School of Art and Design, and the Coordinator for the Undergraduate Programs.

Kariko’s images investigate environmental and political aspects of landscape, use of land and cultural interpretation of inhabited space. In addition to the images of arthropods, he worked on several long-term photographic projects in his native Serbia, recording the aftermath of the war in Balkans. Since 1999 Kariko documented the endangered wetlands and dramatic changes in the landscape in Barataria- Terrebonne region of South Louisiana. 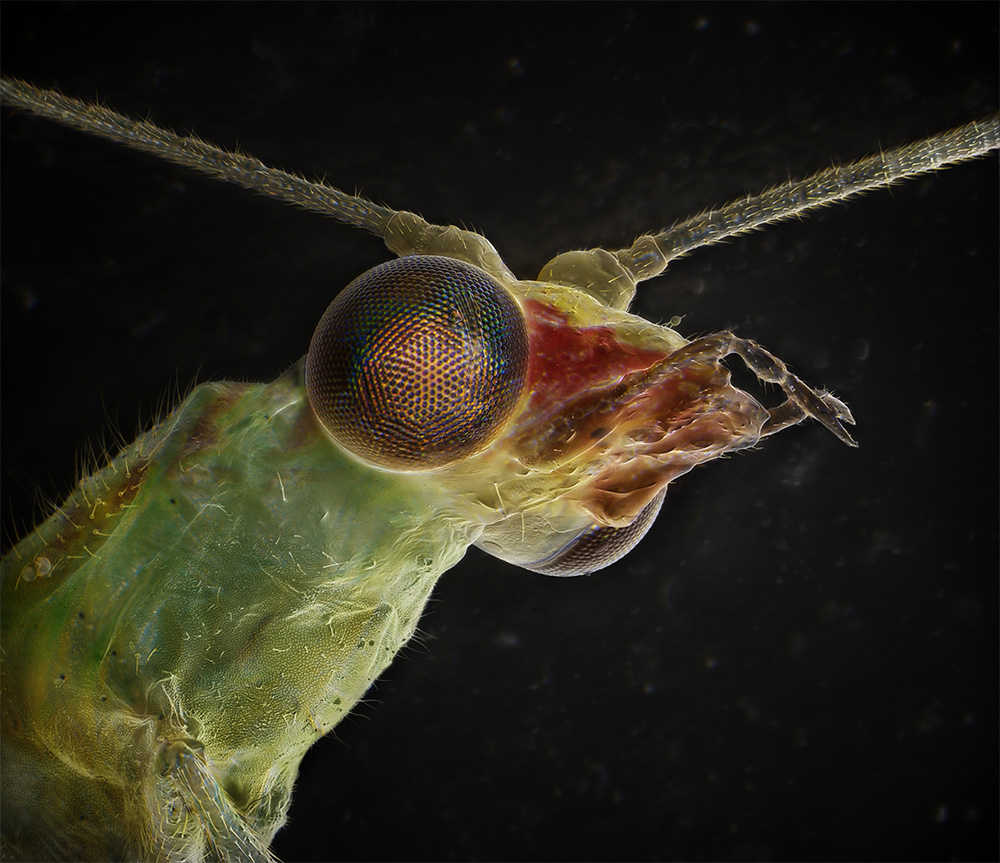 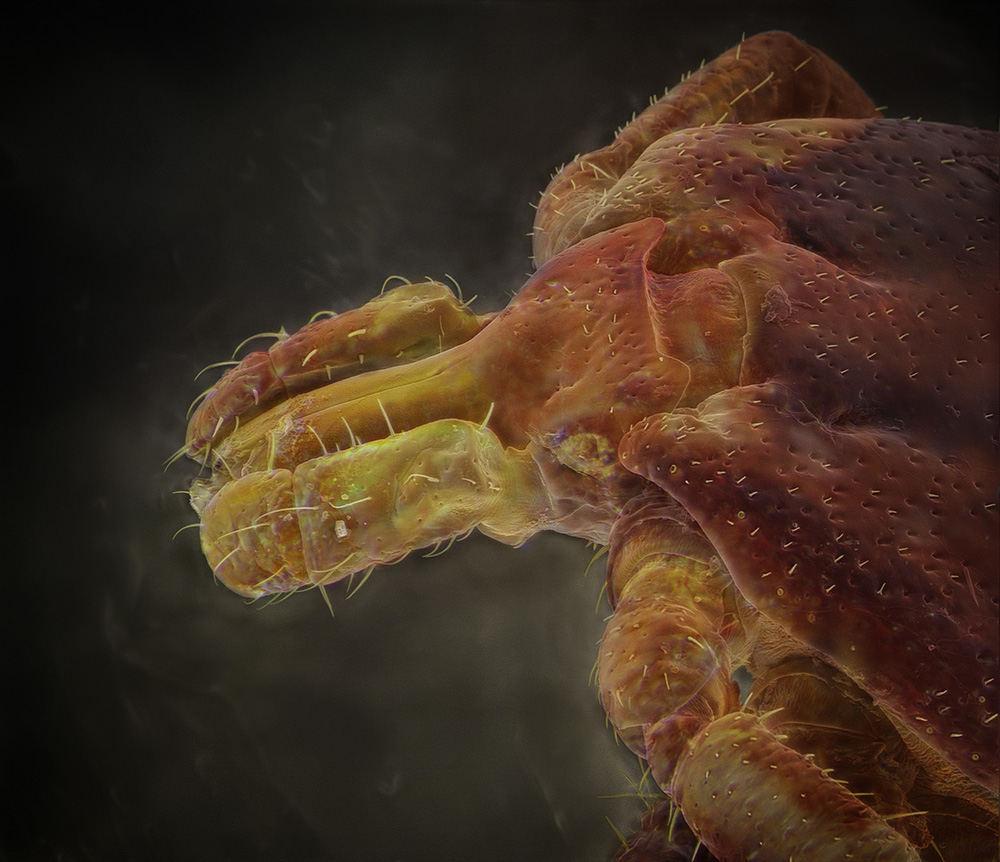 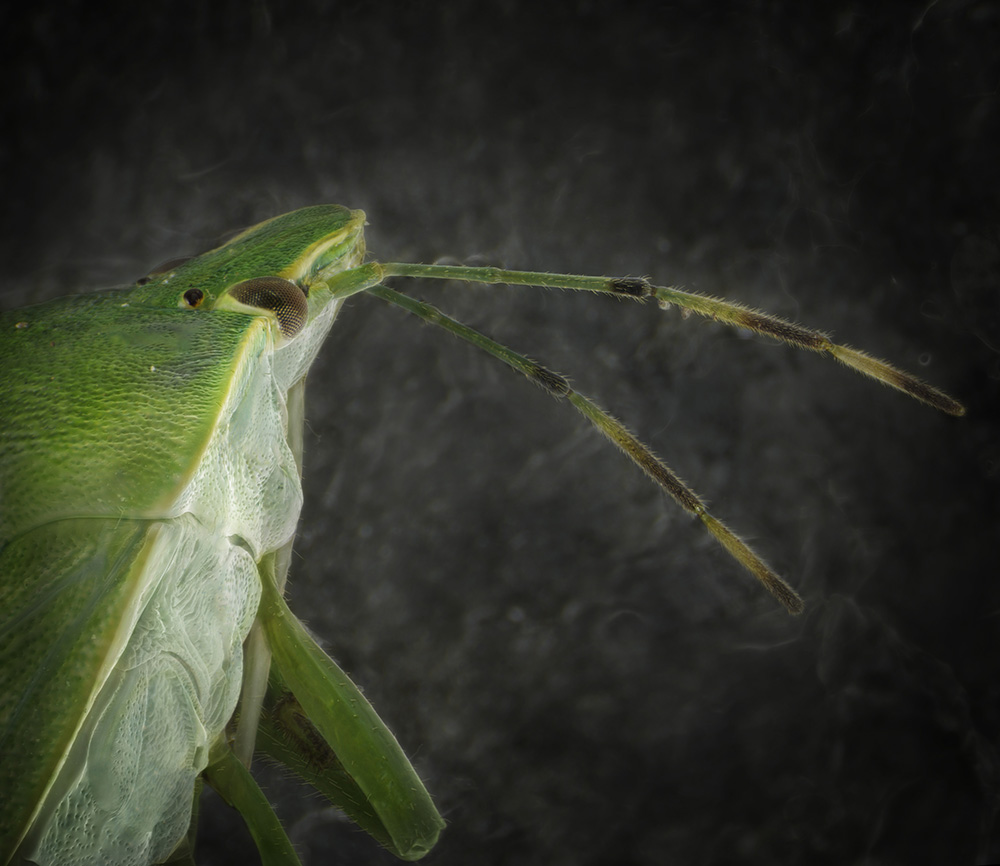 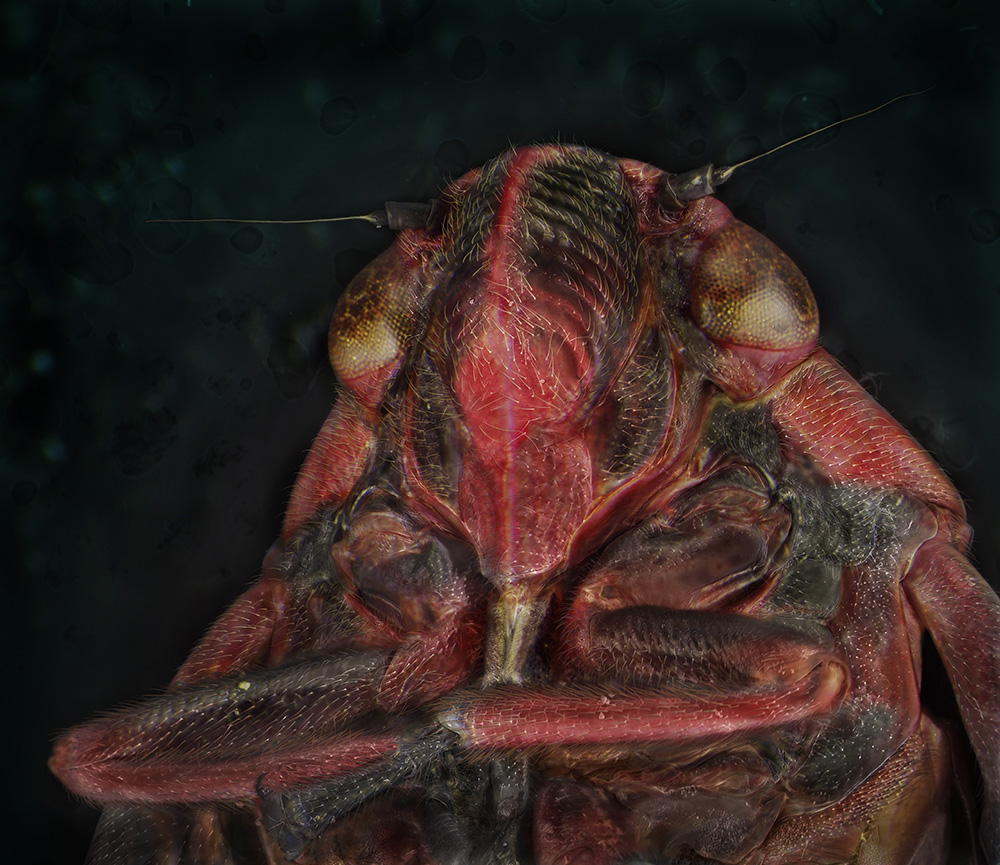 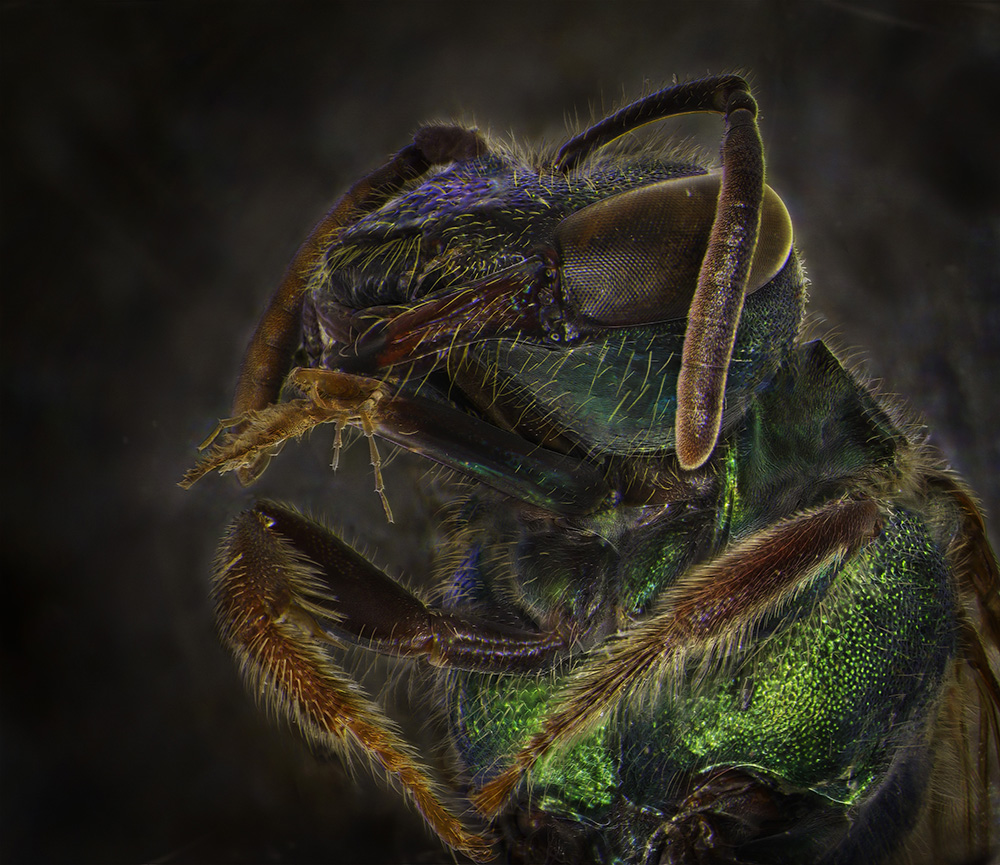 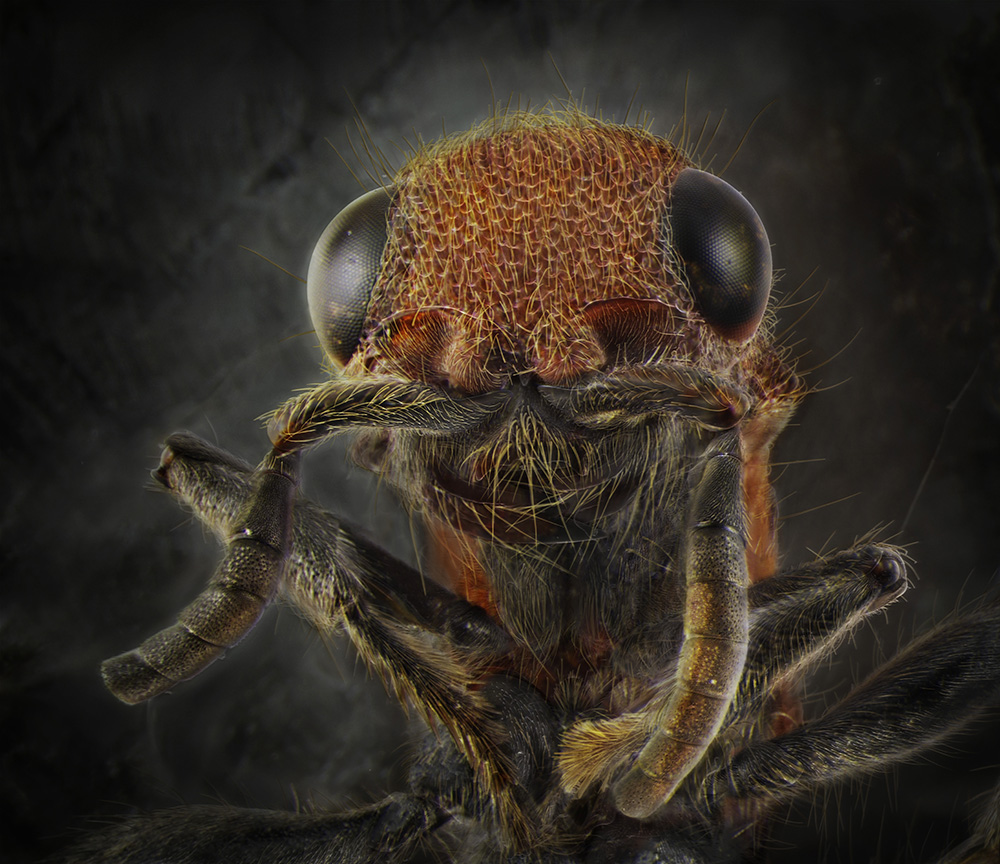