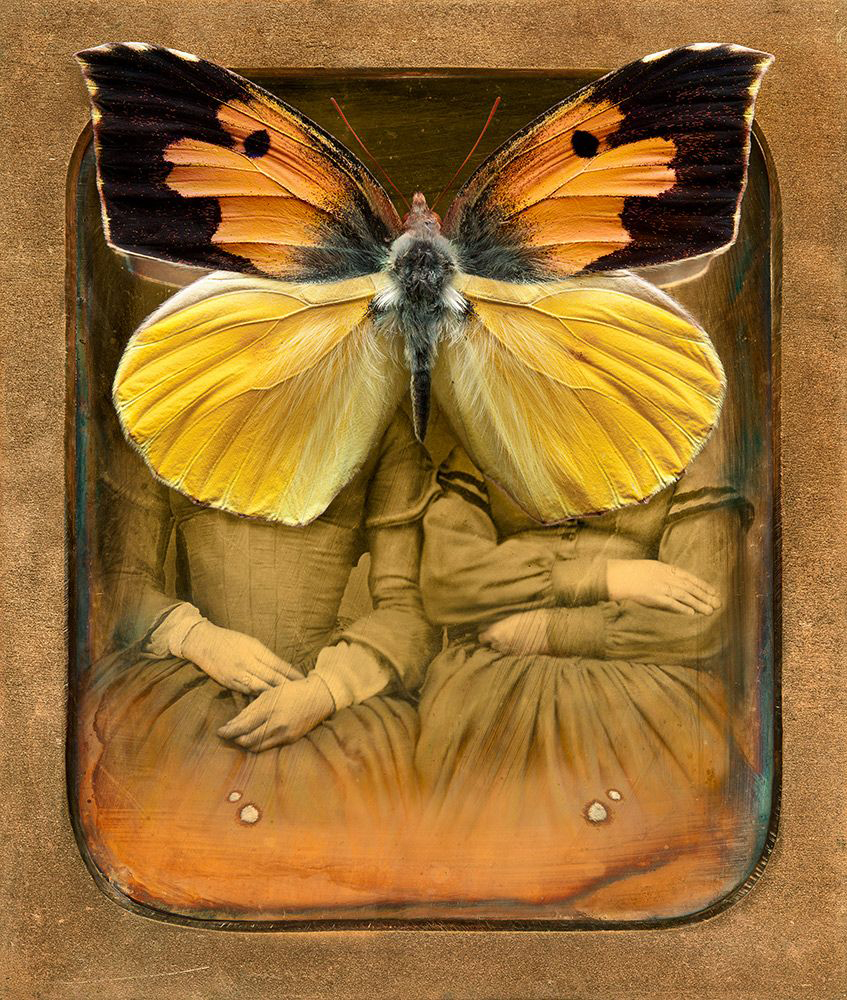 “Like moths attracted to the light of a flame only to perish in that flight, I wonder if we, too, are tied to self-destruction through a drive toward greater technological heights.” – Jo Whaley

Jo Whaley is a fine art photographer based in Santa Fe, New Mexico. With a background in fine art painting and experience in theatrical stage design, she photographs using a vast array of materials that merge painterly qualities of color, shape, texture and form with a unique photographic vision. Her project The Theater of Insects is based in the tradition of still life, incorporating props, backdrops and dramatic lighting to create an intricate stage to photograph insects.

The Theater of Insects was a long-term project which spanned ten years. She began this work in 2000 using a Mamiya 6×7 with a 90 mm lens and also a 4×5 camera, both using color film. She made the shift to digital photography in 2006, when she felt the quality equaled that of film, with additional benefits of immediacy and less expense. Yet the shift to digital photography did not alter her creative process as she continued to build and light sets to be photographed as opposed to digital compositing.

These photographs juxtapose the man-made world with natural science using the visual language of both paint and light, illuminating the beauty and decay that coexist within nature and contemporary culture. 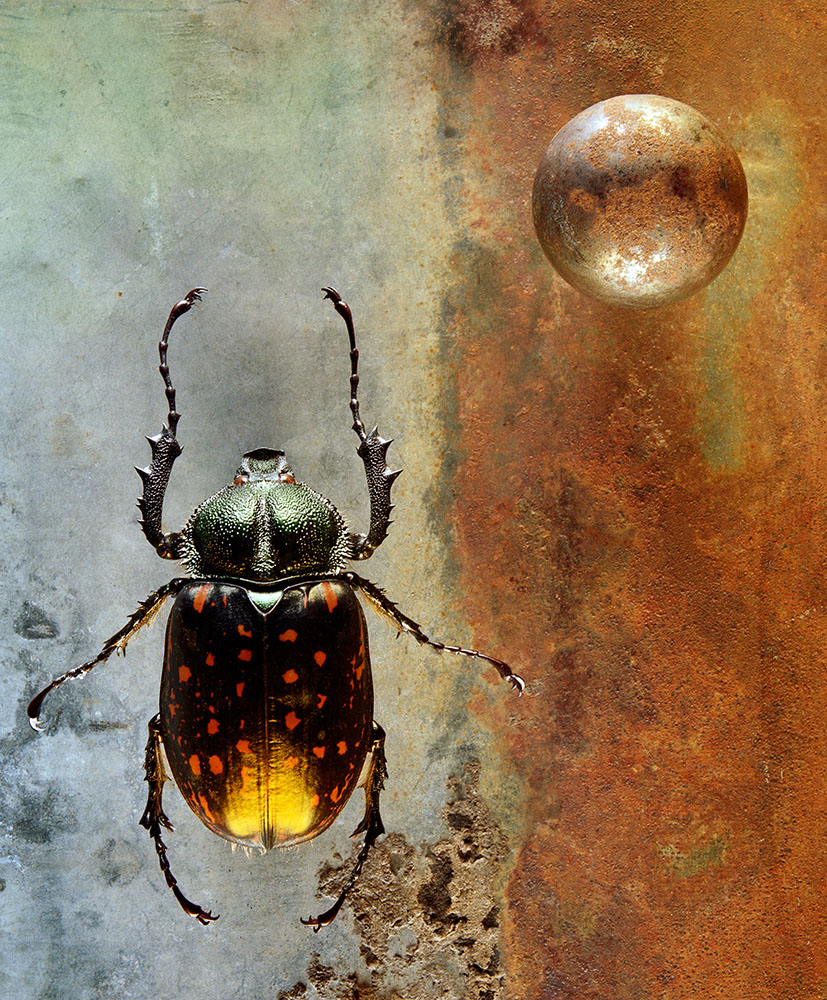 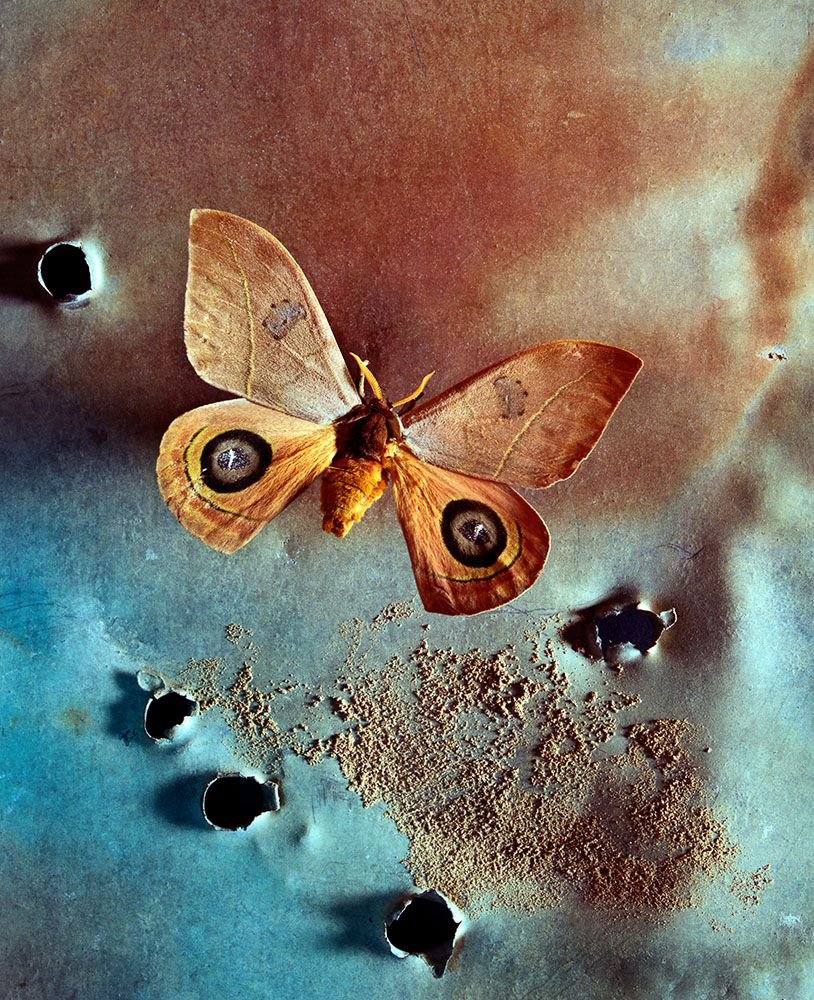 Butterflies, beetles, dragonflies and moths fly through center stage in this collection of photographs.  Inspired by natural history dioramas of an earlier era of scientific display, I stage the photographs to emphasize the wonder and gemlike exquisiteness of these creatures through color, texture, and lighting.

The photographs show insects in altered habitats that reflect a compromised natural environment. Entomology specimens are juxtaposed with backgrounds which are composed of cast-off materials from urban production, which have partially been reclaimed by nature.  Metal that is rusted, paper that is foxed by microorganisms, plastic pitted by the sea and even the decayed images of humans, on the tin and glass of old photographs are utilized.  These backgrounds are chosen for the visual poetry written in their deterioration and imperfection, as well as for their urban references. The result is a world of nature, intermixed with the man in manufacture, and the melancholy beauty of entropy.

By reinterpreting the concept of scientific study withing the framework of artistic interpretation, these narrative tableaus encourage the viewer to consider the connections between nature and artifice; science and art. 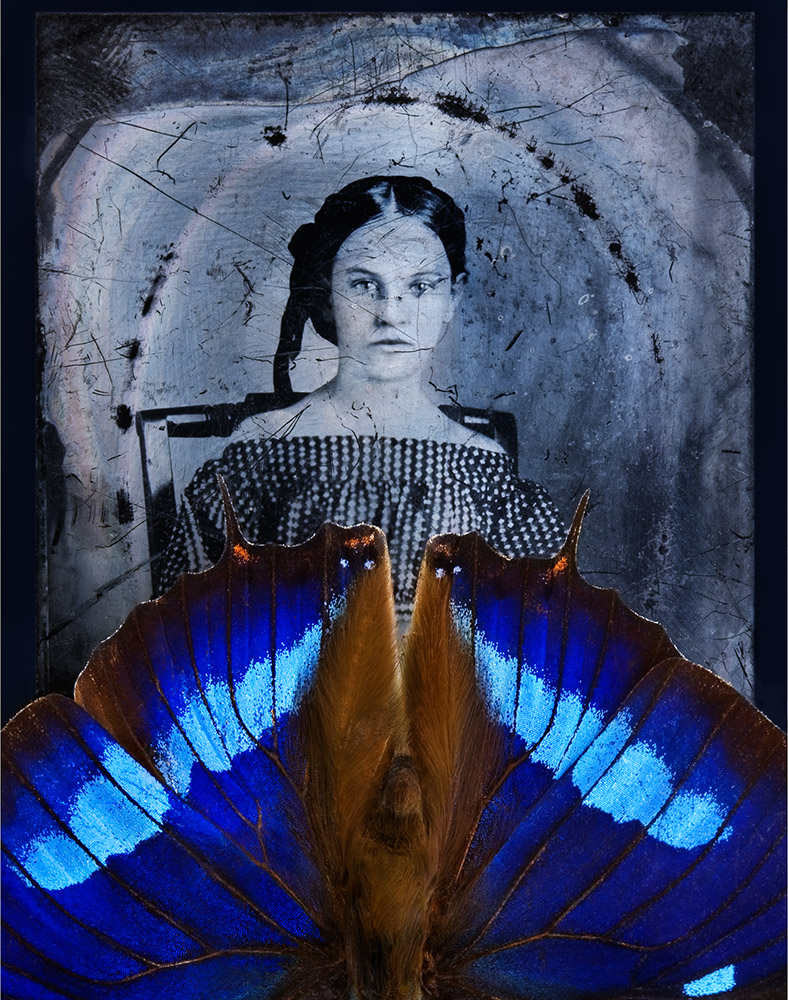 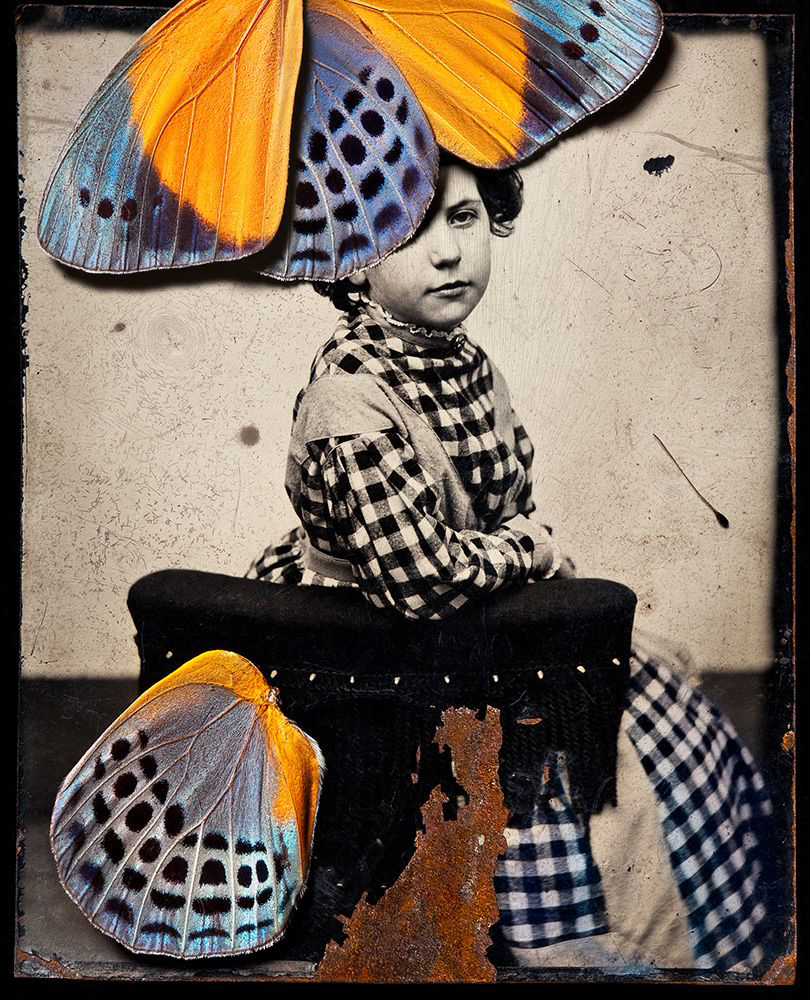 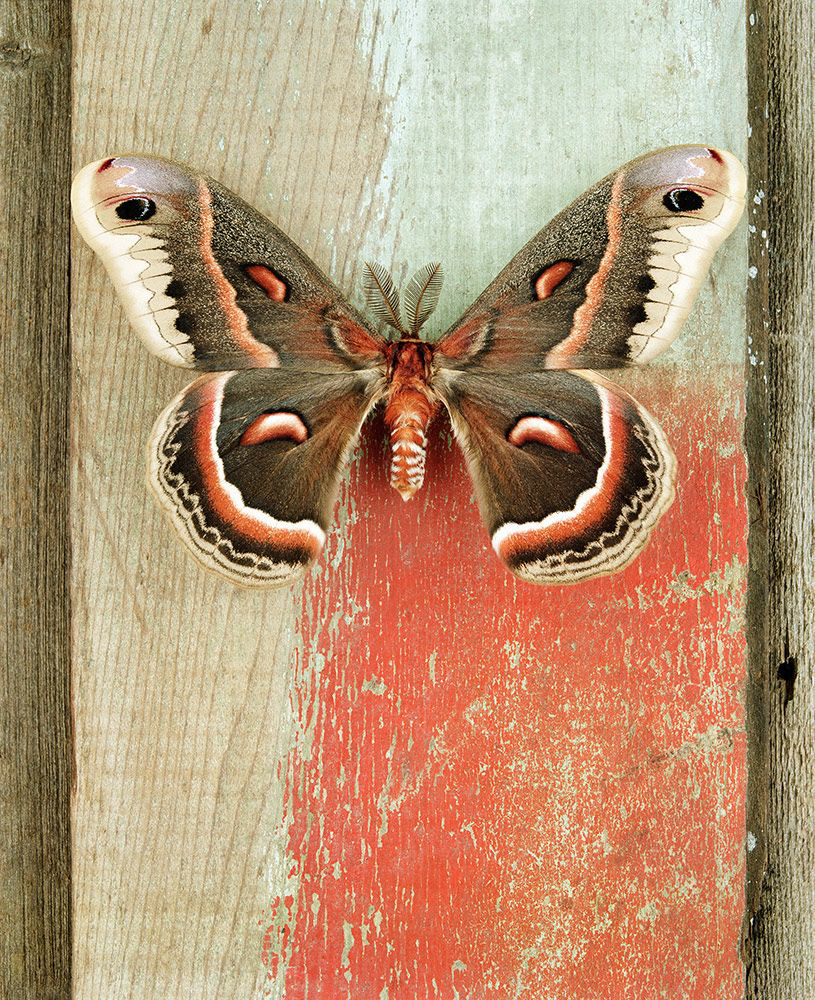 While Whaley resides in Santa Fe NM, she has lifelong roots in the San Francisco Bay Area; having earned advanced degrees in Art and Photography from the University of California at Berkeley. She originally studied to become a painter and later took a day job as a scenic artist for the San Francisco Opera and other Bay Area theatrical companies, which greatly influenced her approach to photography.

Widely exhibited, Jo Whaley’s work is held in the permanent collections of many museums, including the Los Angeles County, Philadelphia, Houston and the San Francisco Museum of Art. From 2008 to 2013, her exhibit, The Theater of Insects toured museums, opening at the National Academy of Sciences, Washington, DC and concluding at the Henry Fox Talbot Museum, Lacock Abbey, England. Chronicle Books published “The Theater of Insects” monograph.  In 2018-19 she had an exhibition at the Georgia O’Keefe museum, which intermixed her photographs with O’Keefe’s paintings.

Whaley received one of the last National Endowment Visual Artists Fellowships in 1994 for her “Natura Morta” series and received five grants to work with the Polaroid 20×24 camera in New York.

She keeps studios in both Santa Fe and Oakland, California and shares her life with the photographer, Greg Mac Gregor. 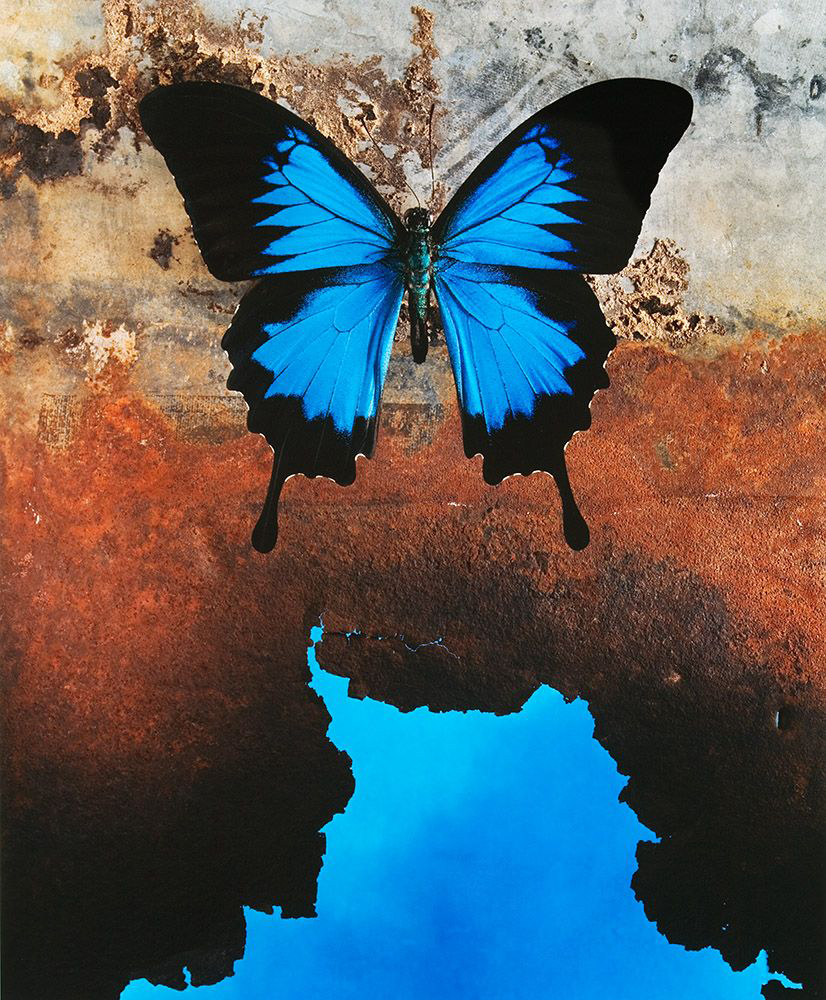 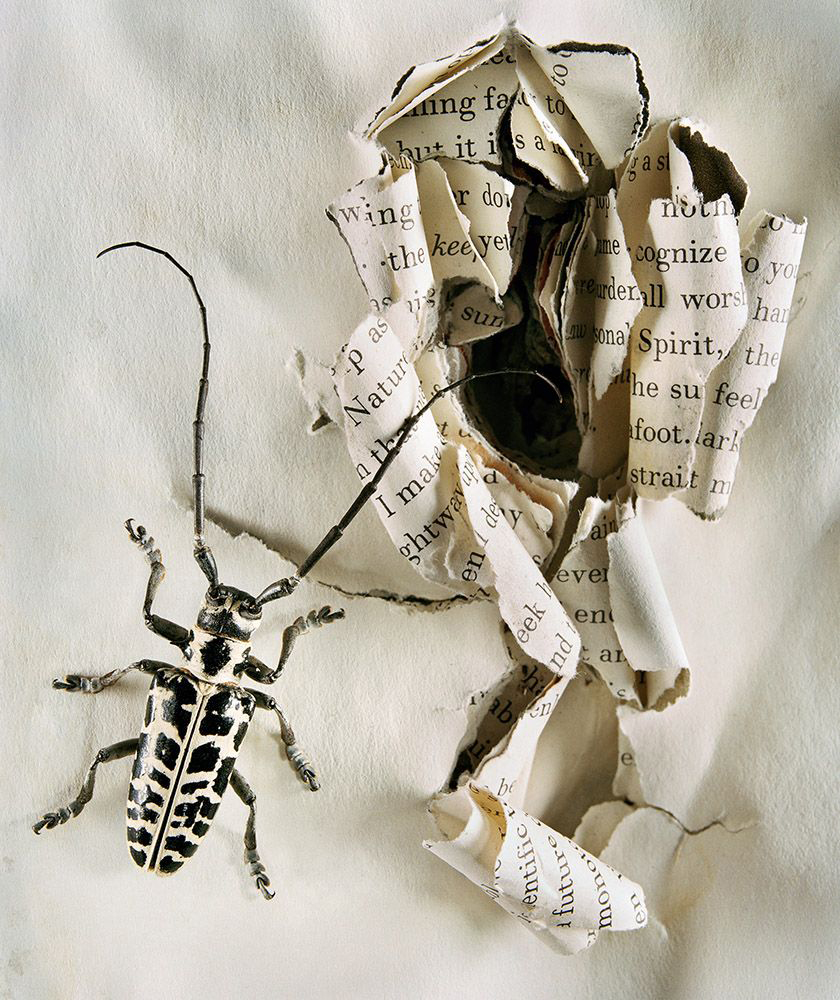 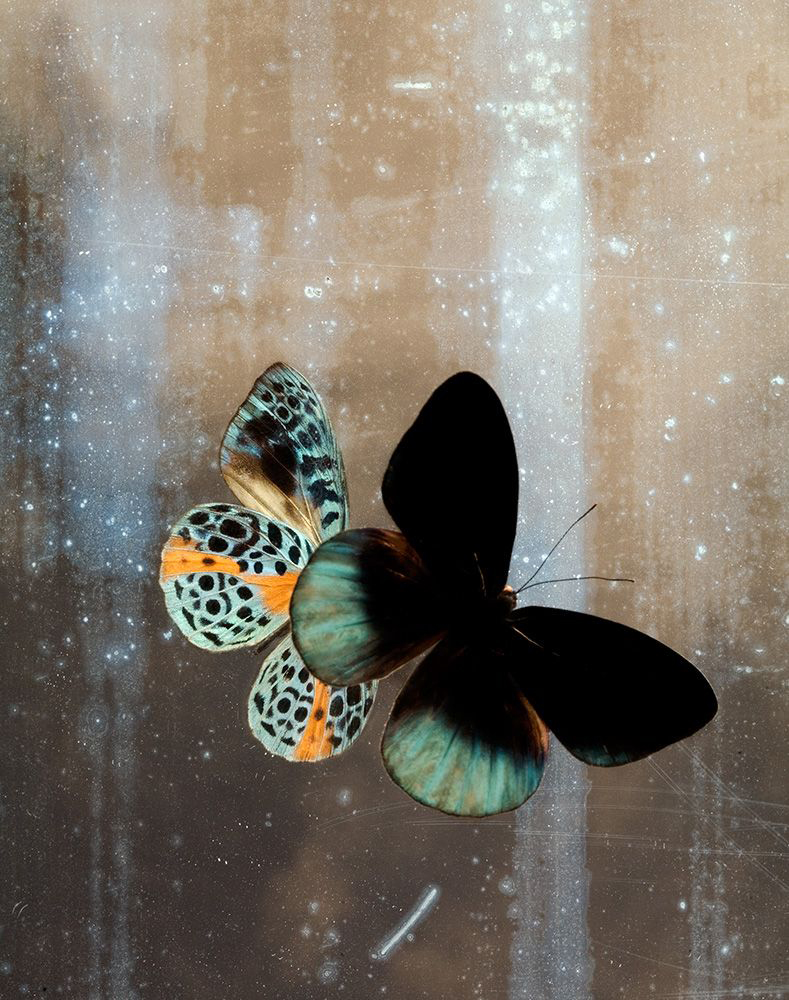 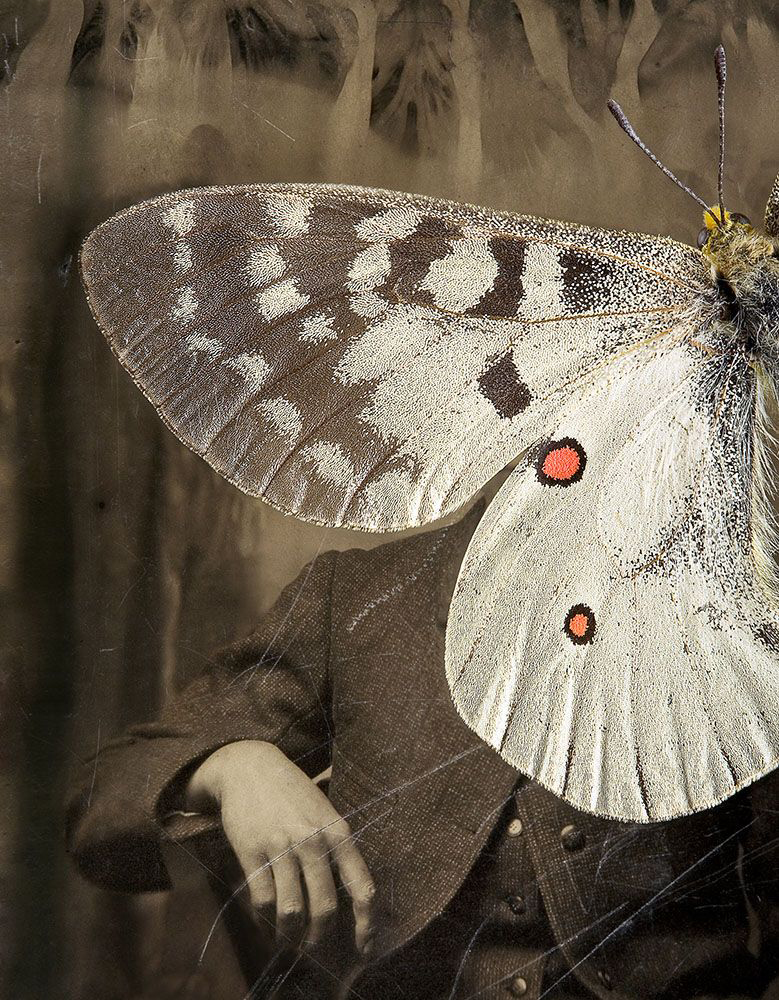 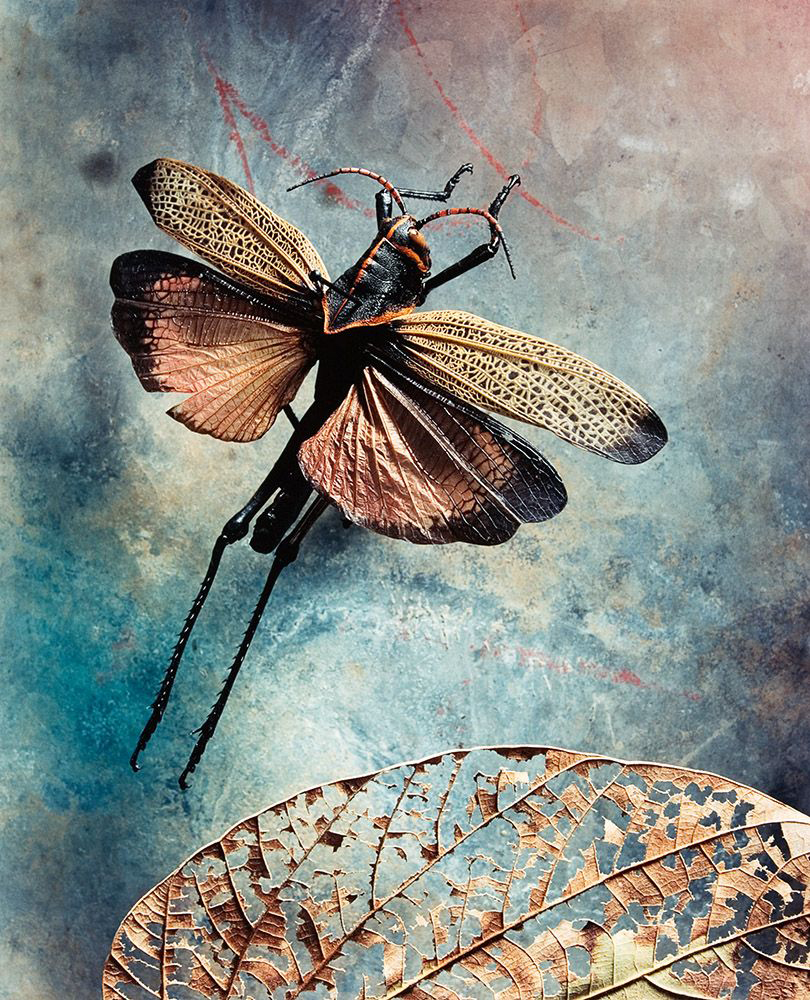 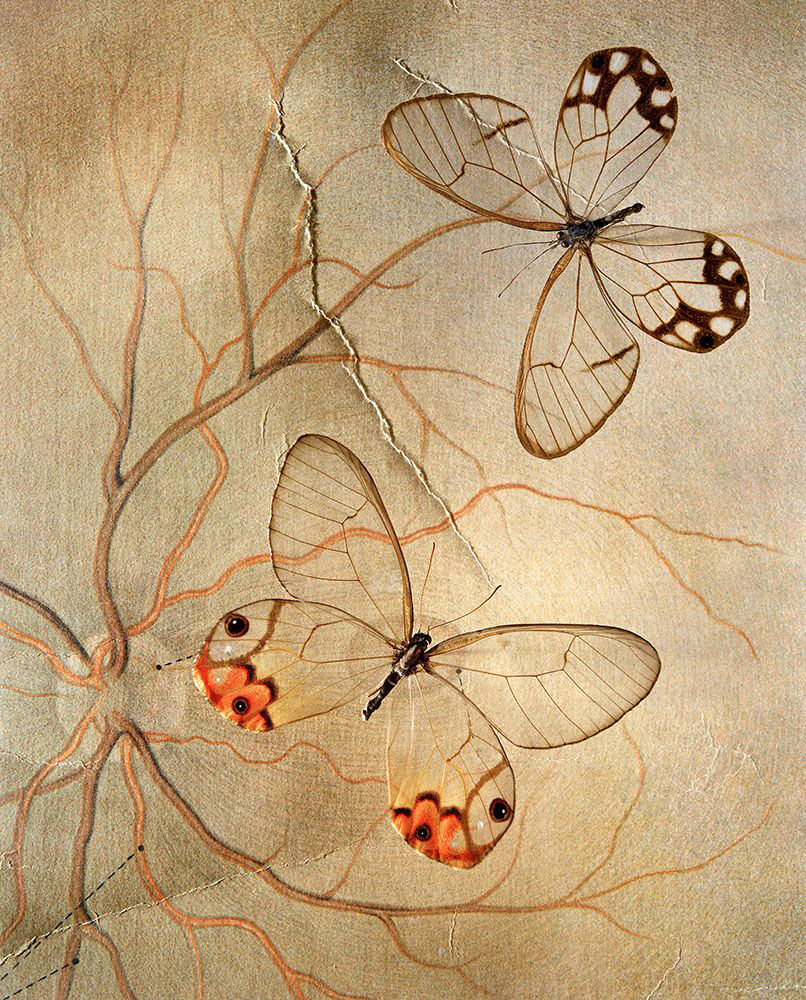 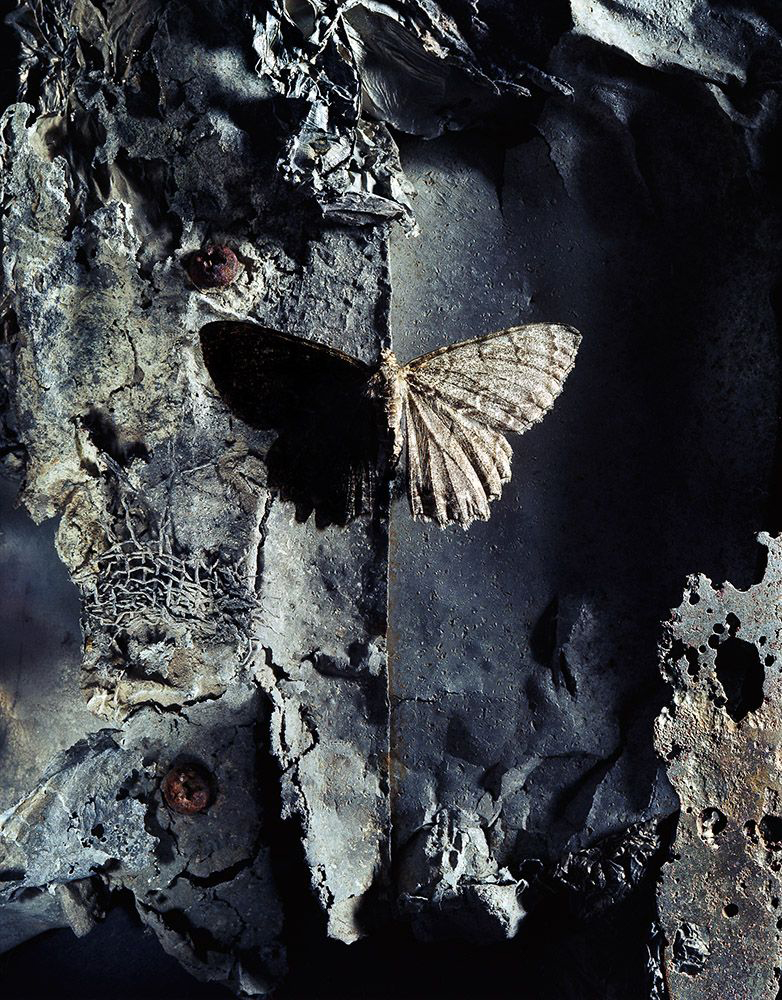 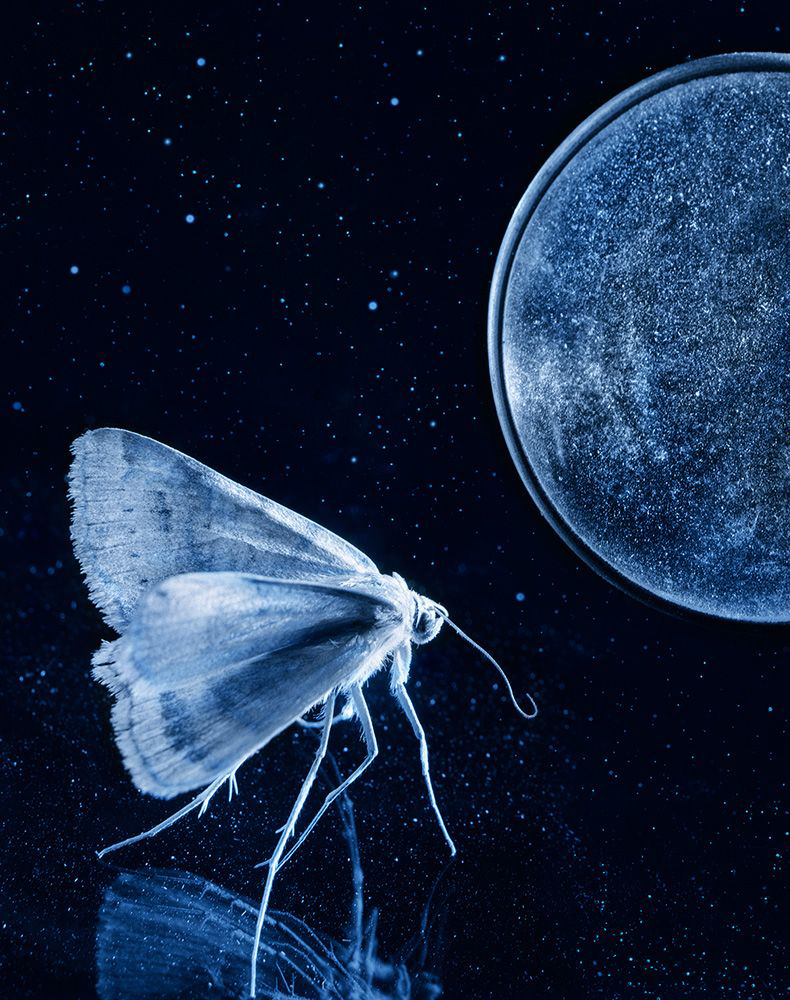 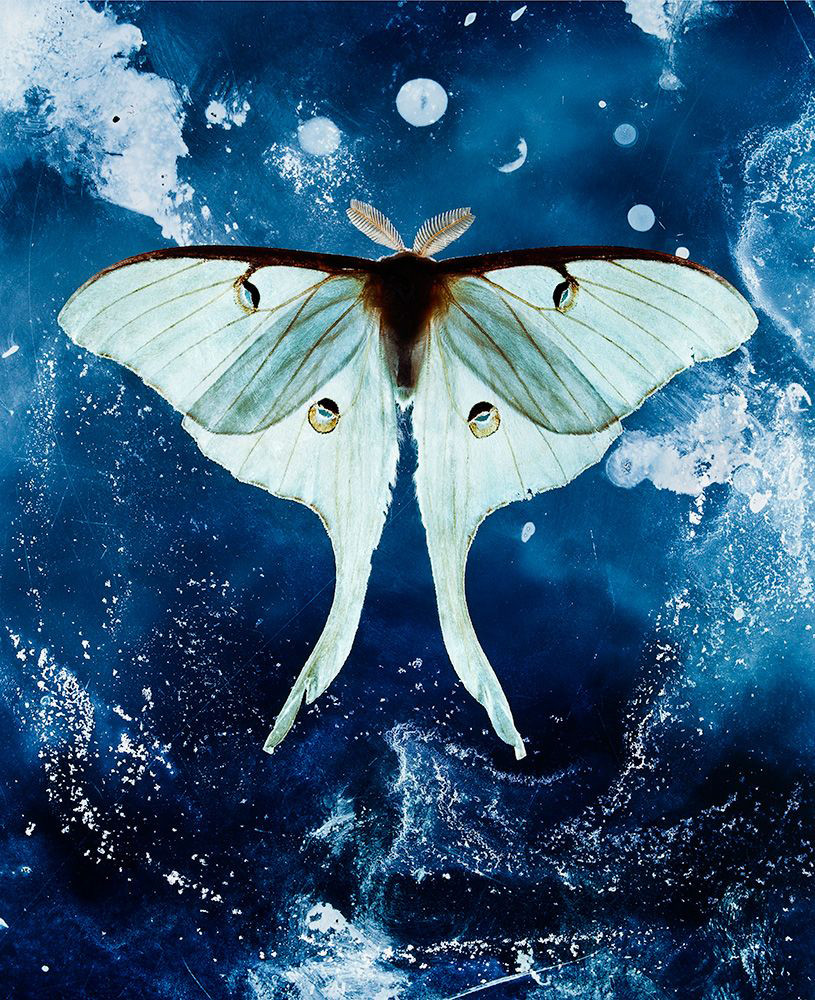