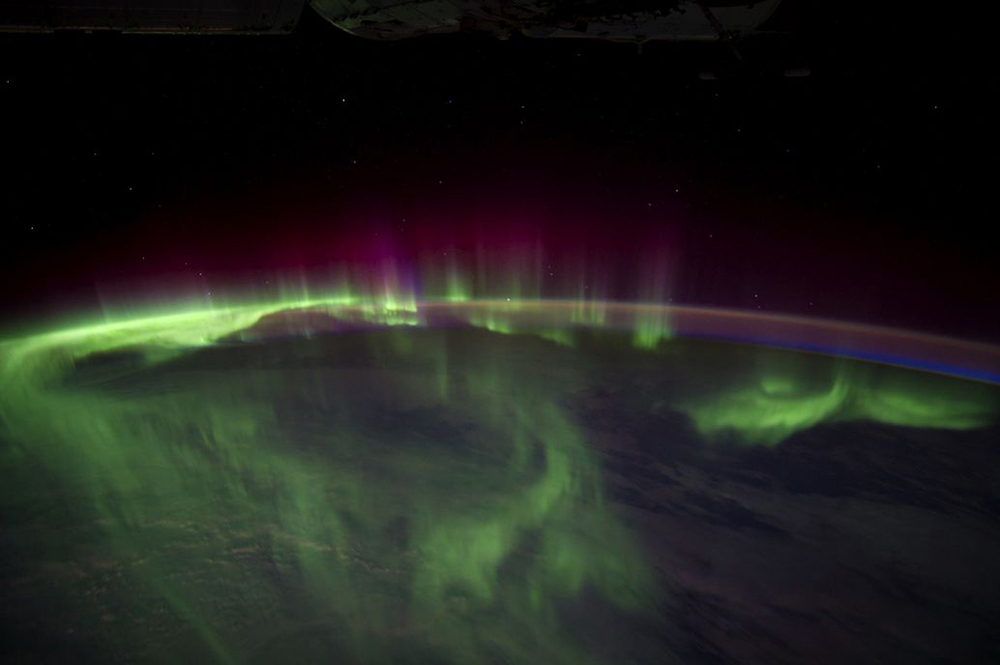 “Art is an inevitable consequence of being human – even in space.”

Spaceborne, a collection of photographs by astronaut and artist Donald R. Pettit gives the viewer a unique perspective of life in space. The photographs were captured while he spent 370 days circling the Earth’s orbit, working and living aboard the International Space Station. During this time while his mere survival was dependent upon technology, he went the extra step to transform his unique experiences through artistic expression, illuminating a compelling intersection of art and science. Pettit states that this book is more than survival in space, rather “what it has meant, to one human being’s heart and soul, to see and think and feel and dream on the threshold of the Universe.” 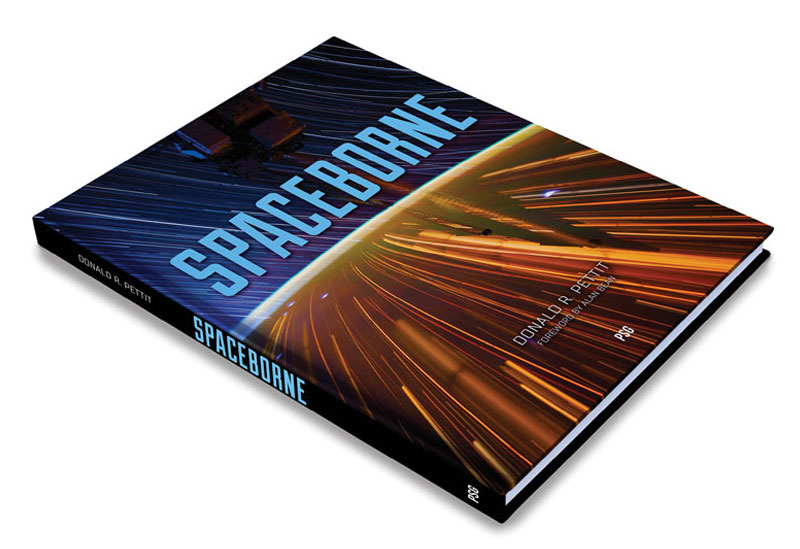 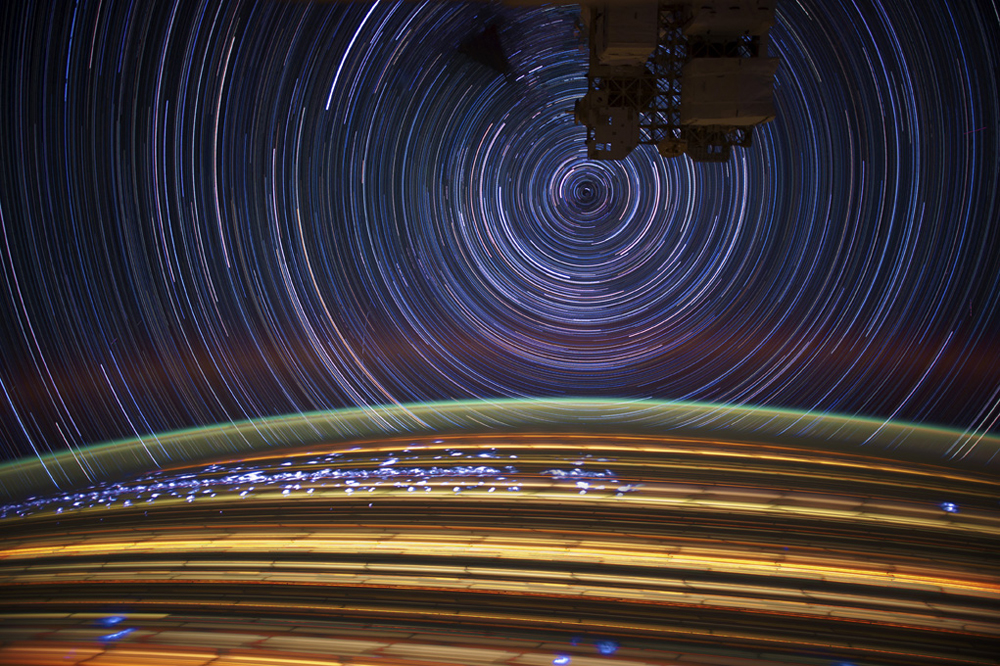 Using digital cameras, digital infrared and thermal technology, Pettit photographed his three space journeys. There’s a left-brained fascination as one is presented with the authentic nature of this work, from the documentation of light and/or heat on the interior and exterior of the International Space Station to unusual perspectives of the Earth’s surface and atmosphere.  With longer exposures, he also photographed time and motion, revealing information about our planet and its position in the solar system.

There is also a right-brained component to this collection of photographs which moves beyond fascination and delves into the inherent connectivity of all things.  The myriad of lighted fishing boats floating in the “Dark South China Sea” resembles a nebula. The photograph entitled “Somewhere over the Congo” reveals the branching network of rivers and valleys that resemble circulatory systems.  The patterns of the sea’s surface that reveal currents in “Mongolian Desert” has the same characteristics as paint moving and dripping on the surface of a canvas.

Because of technology, we often say that the world is a smaller place. The photographs in Spaceborne cradle us in that knowledge, helping us to recognize the scope of our expanded boundaries as well as define our individual sense of space. 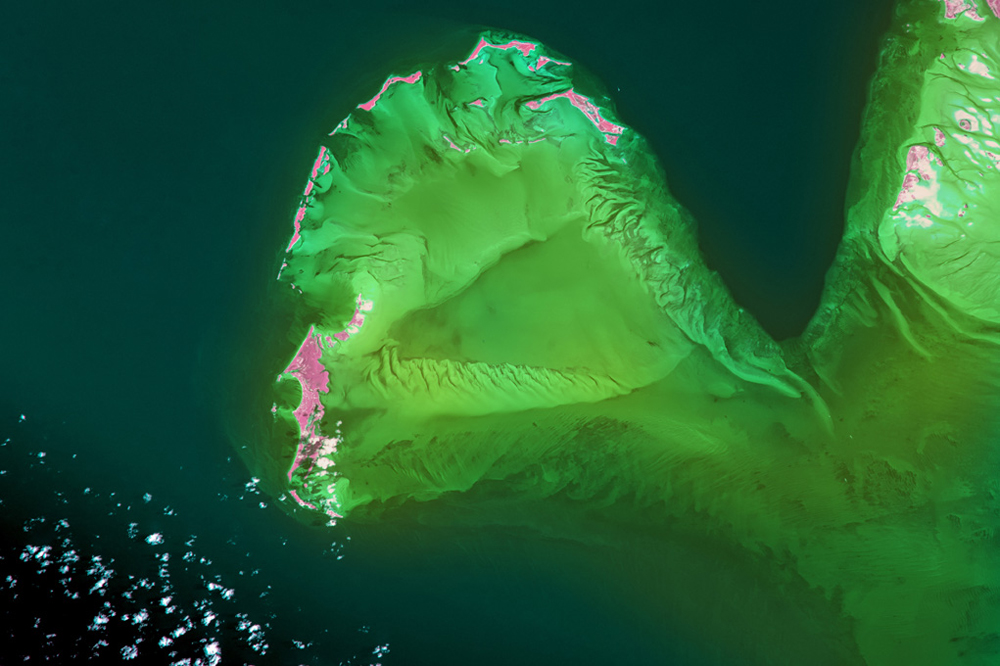 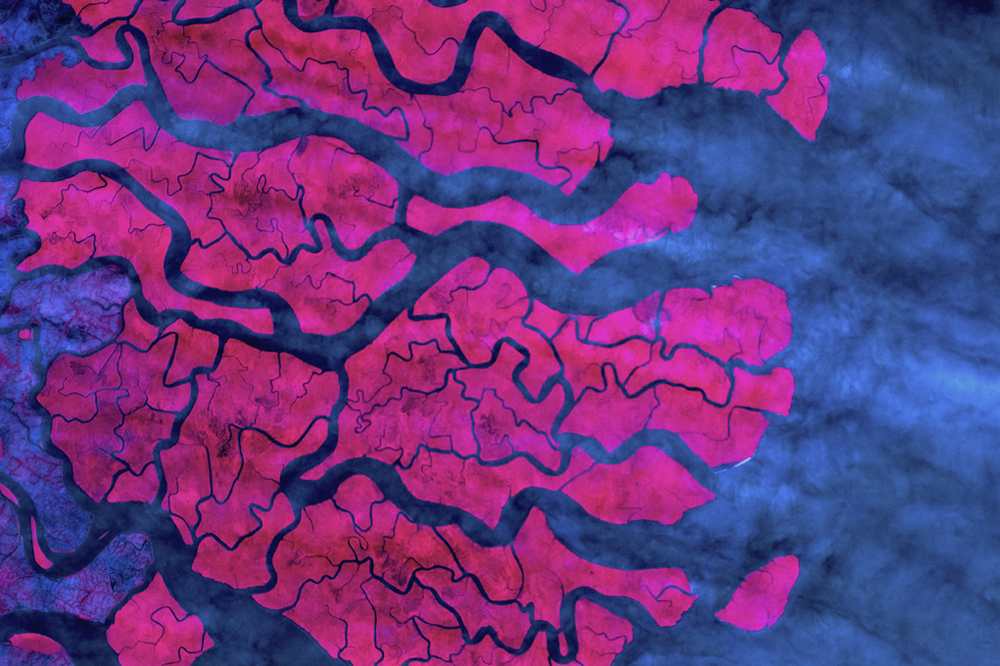 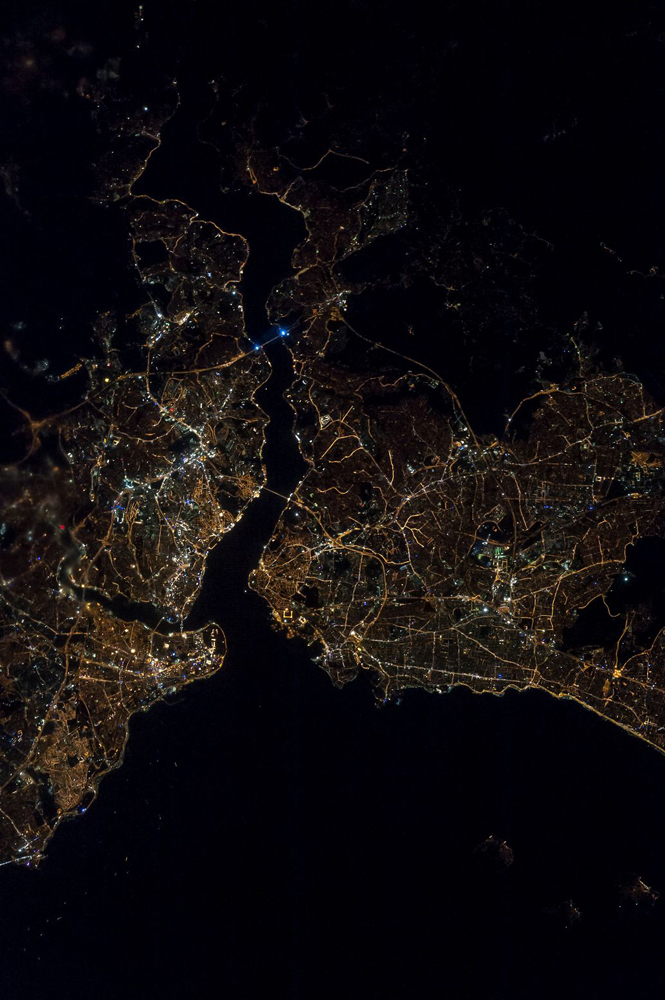 Caption by Donald R. Pettit, The Bosphorus, Turkey. A strait connecting the Black Sea to the Sea of Marema. 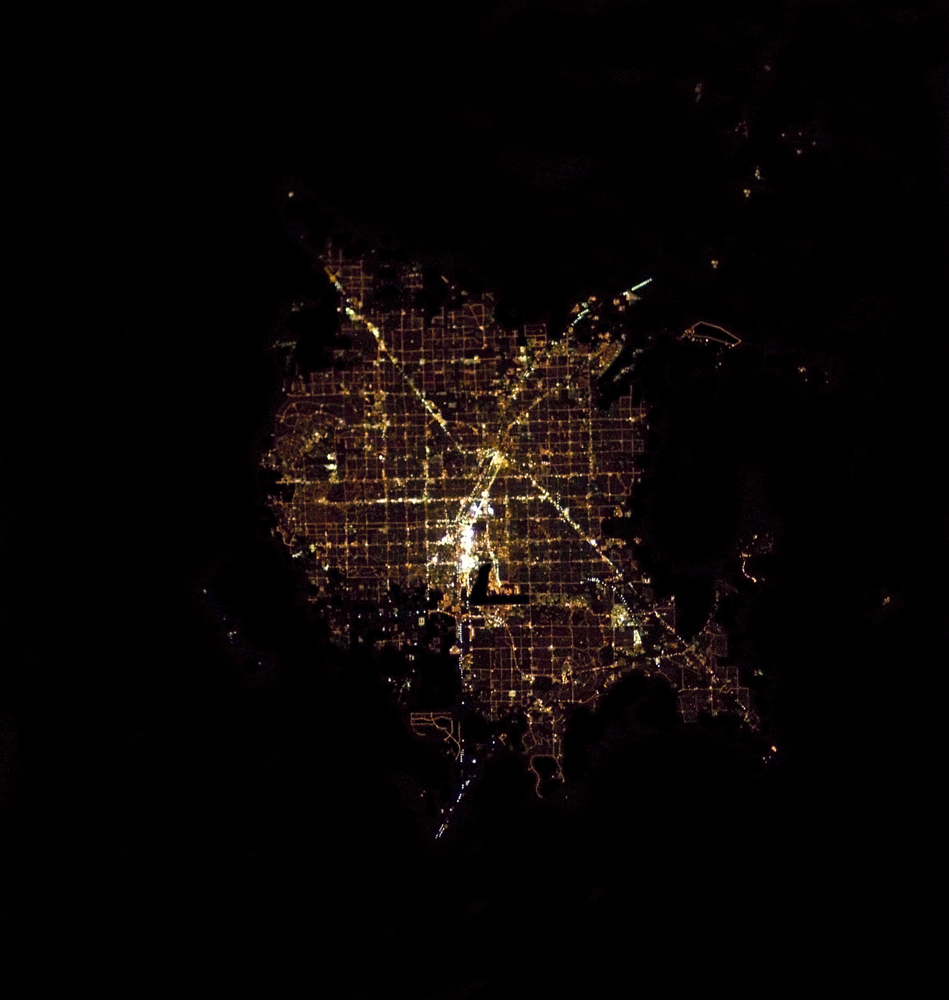 Caption by Donald R. Pettit, Cities at Night: Las Vegas, 2012, Cities at night radiate into space something about ourselves, they tell a story about human expansion across planet Earth. 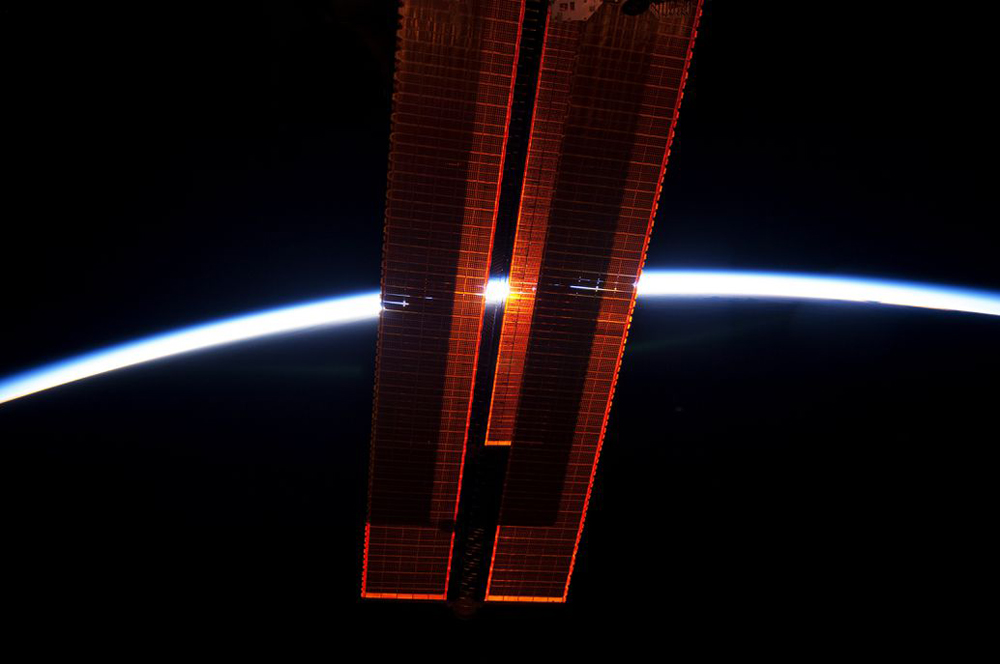 Caption by Donald R. Pettit, Solar Panel with Sun, 2012 Sun illuminates a solar panel during the Transit of Venus 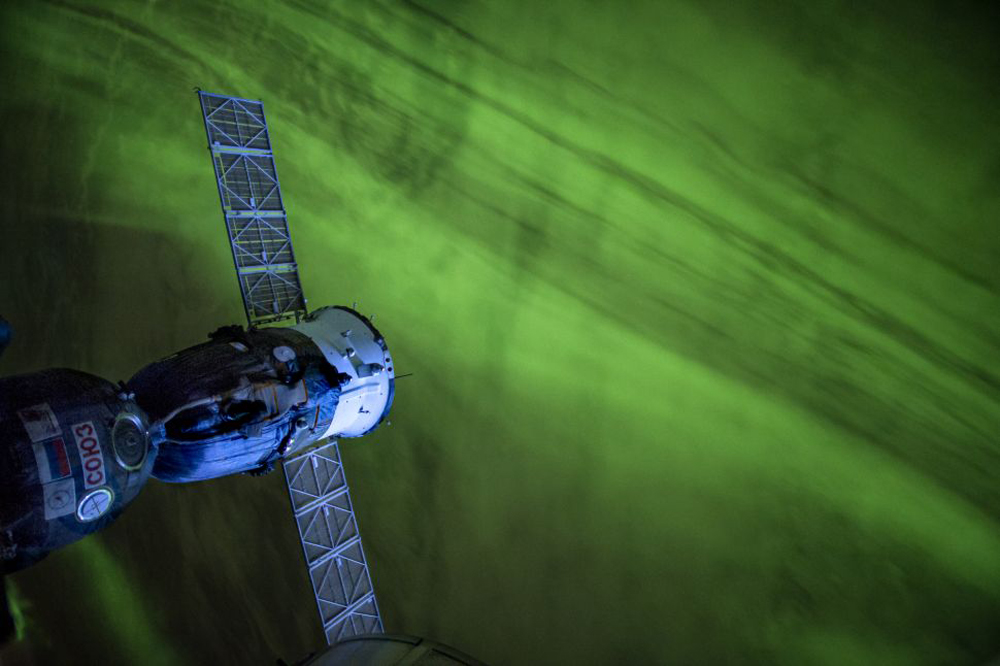 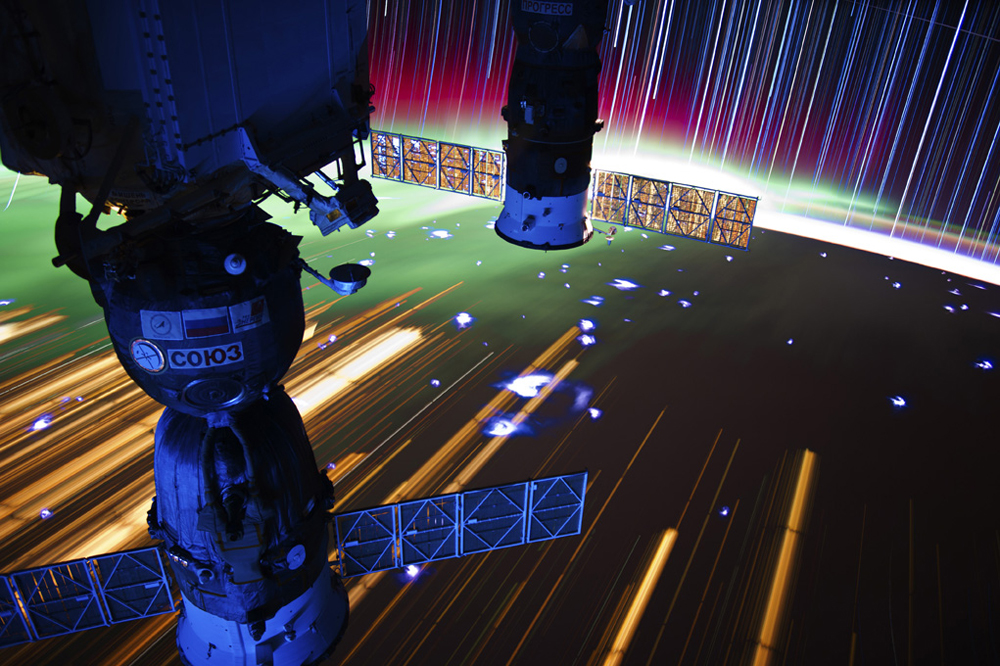 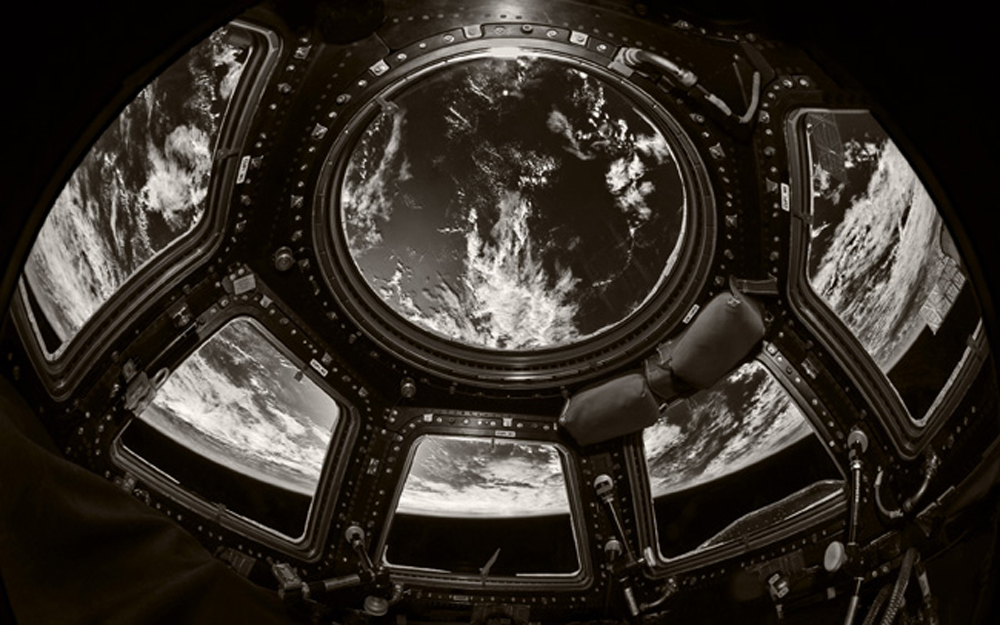 Caption by Donald R. Pettit, A view of Earth from the cupola of the International Space Station 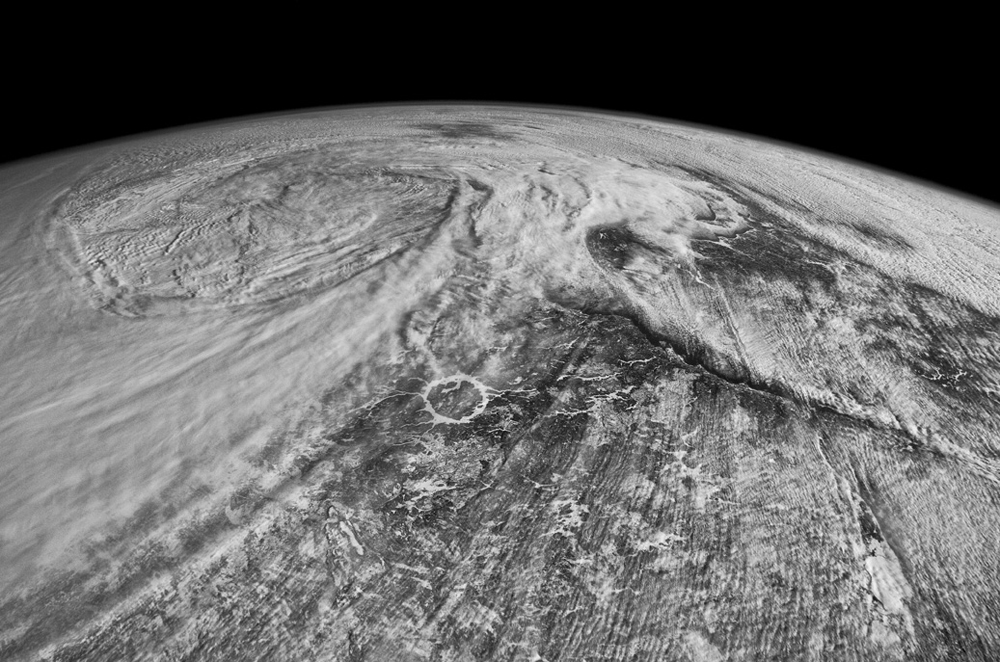 Caption by Donald R. Pettit, The Manicouagan asteroid impact crater, approximately 40 miles across, near the mouth of the St. Laurence River, Quebec, Canada 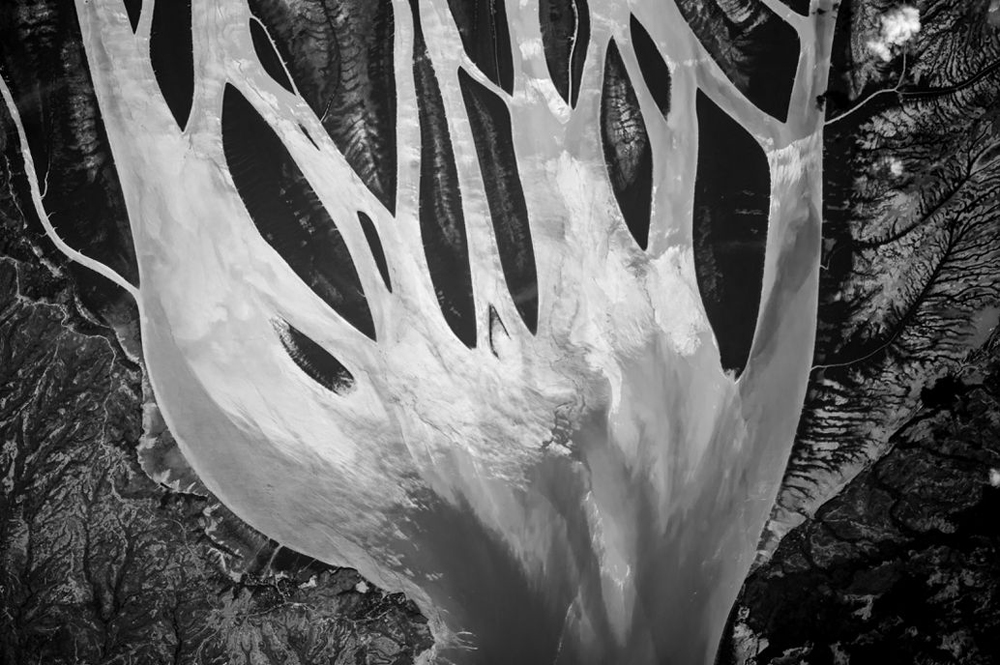 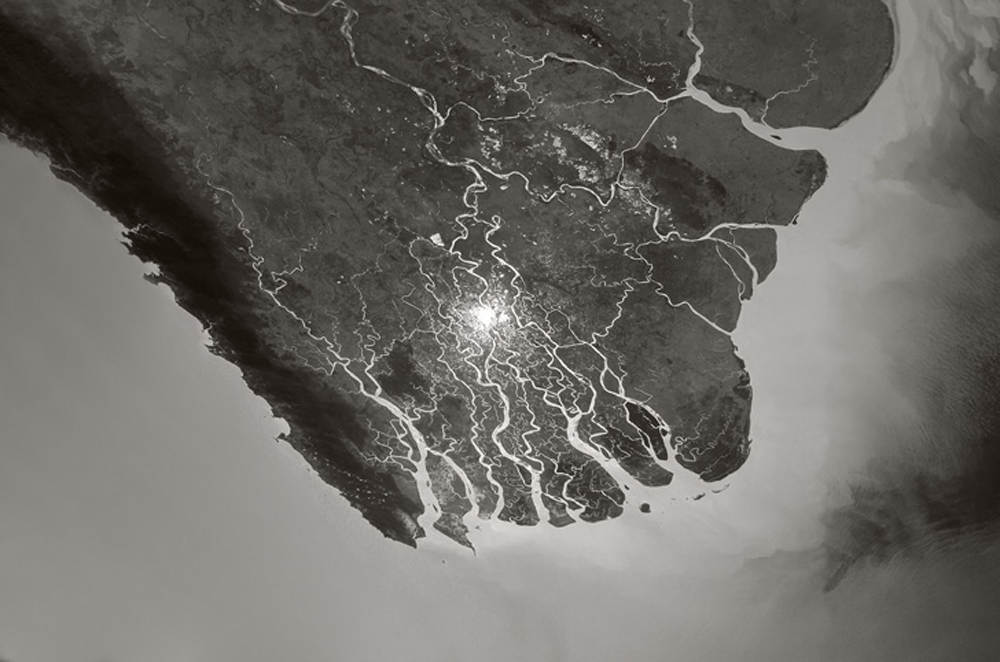 Caption by Donald R. Pettit, Sunspot on Earth, 2012 Mangrove forests off the coast of India. Sun glint, in a specular reflection, sharply delineates land from water 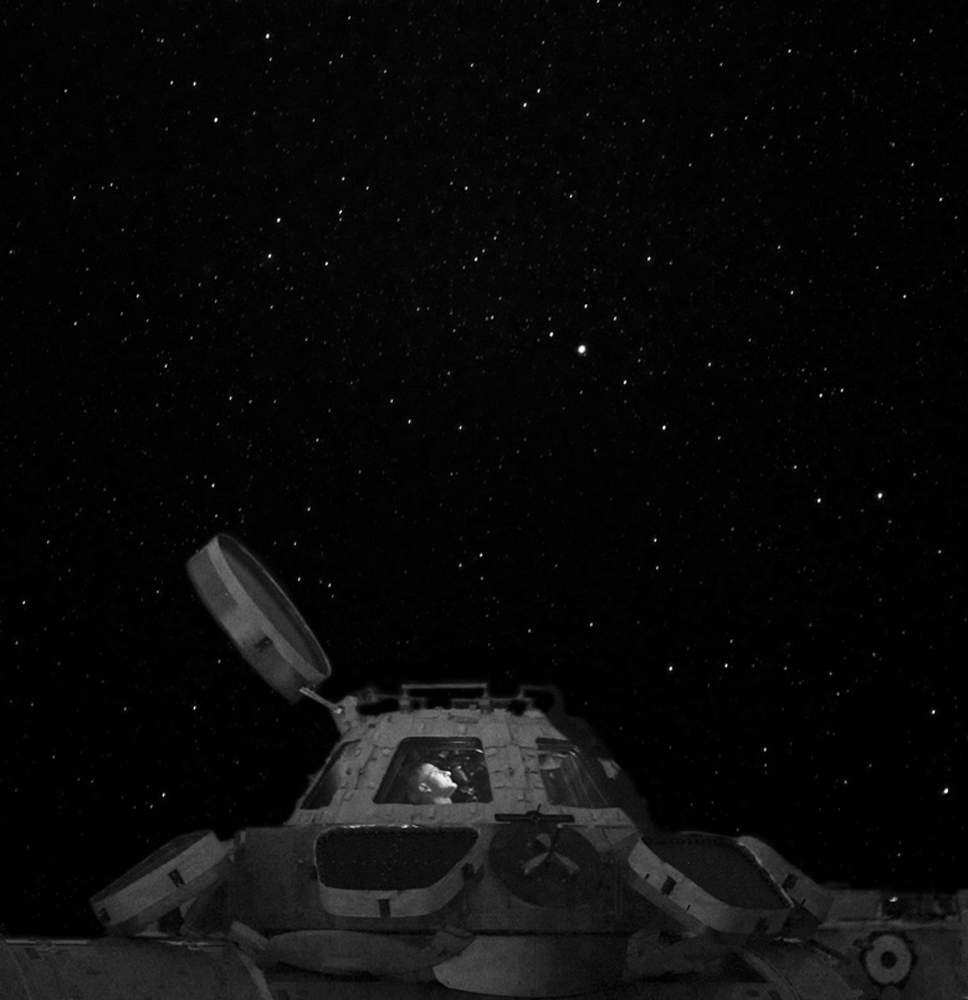 Caption by Donald R. Pettit, Pettit peers out of the space station cupola 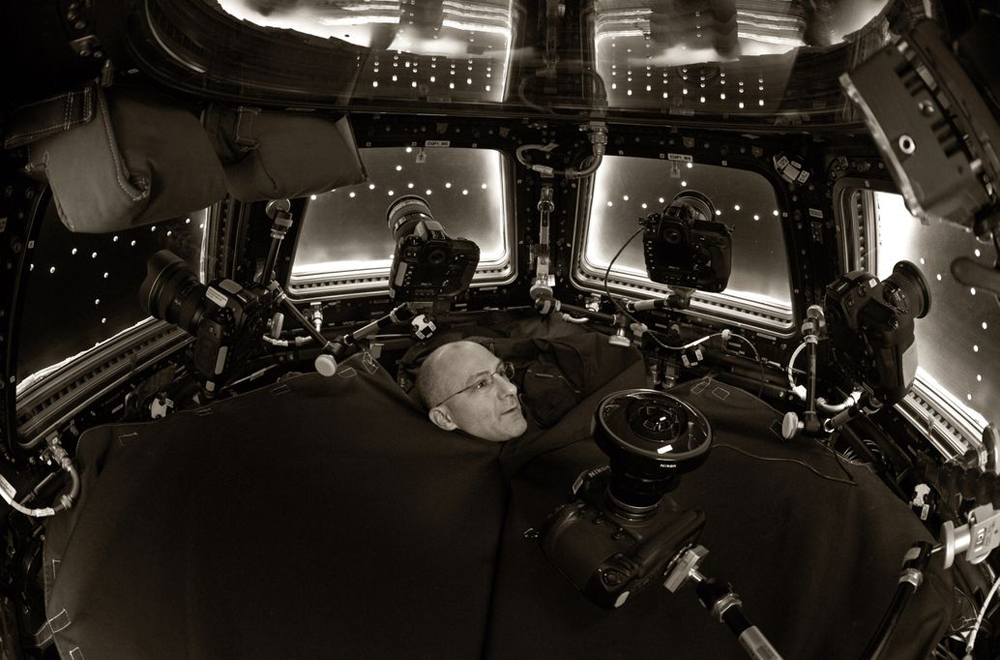 Caption by Donald R. Pettit, Self-Portrait, 2012 Self-portrait in the Cupola module where a cloth shroud protects the windows from stray reflections