Chloé Azzopardi: Forms they inhabit in time of crisis by Kat BawdenMarch 27, 2021 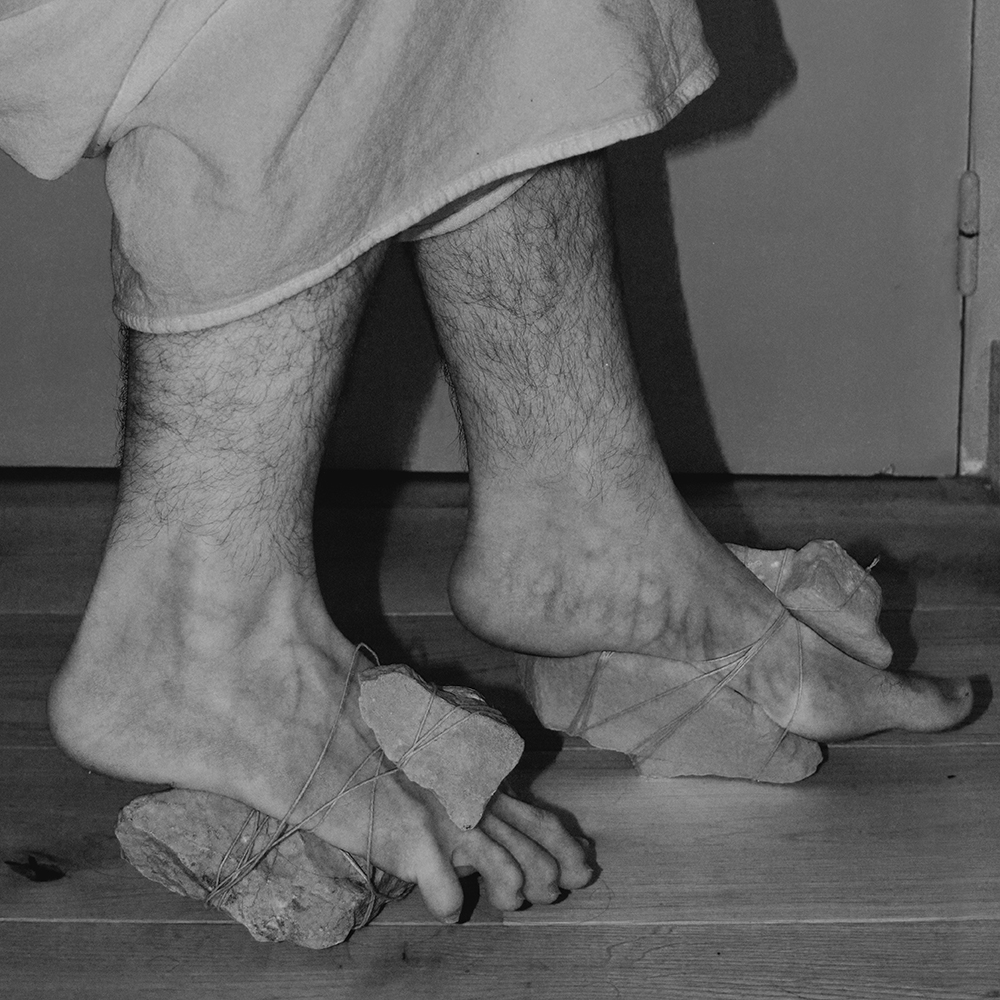 “The stones that are tied to my feet are from two different places. One is an island in the south of France, the other is a mountain in Catalunya. Those are places where I normally come back each year. With the first and second lockdown I couldn’t go to the island or the mountain, therefore I made this so I could stand on their land, carrying them with me.”

When I look at the work of Chloé Milos Azzopardi, I feel I’ve entered a secret world. It’s as though I’m an observer hiding inside Azzopardi’s brain, seeing things I shouldn’t be seeing. The work is richly textured and sensorial; mesmerized, I find myself reaching my hand to my computer screen, hoping to enter the images and touch everything in them. But with that deep sensuousness there is also a distance, and a silence.

Azzopardi’s work draws on their experience of depersonalization, a condition in which one feels extended detachment from their body and thoughts. Azzopardi is both the observed and the observer, directing a curious and questioning eye not only upon themself, but to the nature of existence, connection, and the eternal.

Azzopardi’s stunning series “Forms they inhabit in time of crisis” creates a dissociative visual experience, as though we are following the movement of one’s soul from inside the body to the outside. Each image feels like the moment before an epiphany, when everything goes quiet, and the tiniest movement can break the spell. Azzopardi stretches this moment into an entire world, and we hover in it, observing.

Born in 1994 in France, Chloé Milos Azzopardi graduated in fine arts. They work between Paris and Catalunya on long term projects mixing installation, photography and edition. In their practice they are interested in many subjects such as astrophysics, epigenetics or the deconstruction of gender. Their approach to photography and science is experimental.

Their work has been shown in Shanghai, Arles and Barcelona and published in several magazines. Chloe will have work in the exhibition “Connections” organized by the Photographic Exploration Project at the KlanGalerie in Berlin in April.  IG@qloait 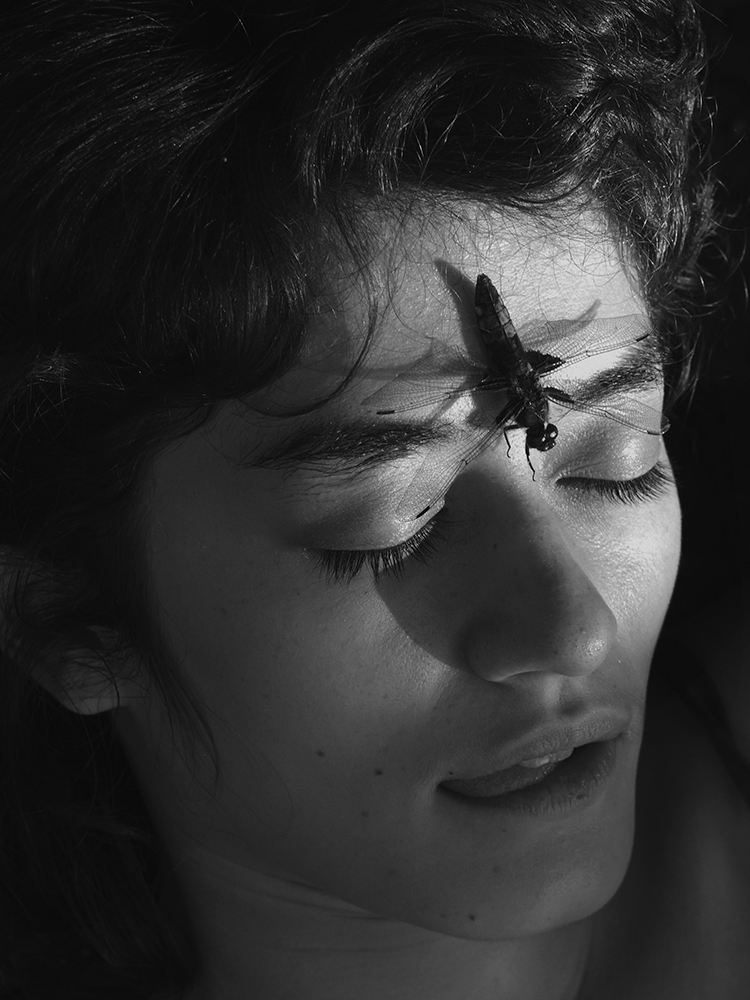 Forms they inhabit in time of crisis

The series from which these photos are taken is rooted in my experience of depersonalization. It’s a disorder that affects my ability to form a constant ‘self’. Marked by the regular disconnection with my body, losing my feelings and boundaries, I got used to imagine the perception of the surrounding livings. Projecting myself in animals, plants or objects.
The first sentence from Ovid’s Metamorphoses resonated with my experience.

“I want to say the forms turned into new bodies”

It suggests that forms came before bodies, being at the same time their origin and their mutations.

In Western philosophy we have done everything to distinguish human from animal, nature from culture, to the point that we thought we were outside of the sphere of the living things. Based on this observation, I attempted to explore the relationships between human and non-human beings without going through a prism of utility or servitude, looking instead for the common shapes that go through us, trying to redefine what otherness, individuality and plurality can mean when the bodies limits are challenged. 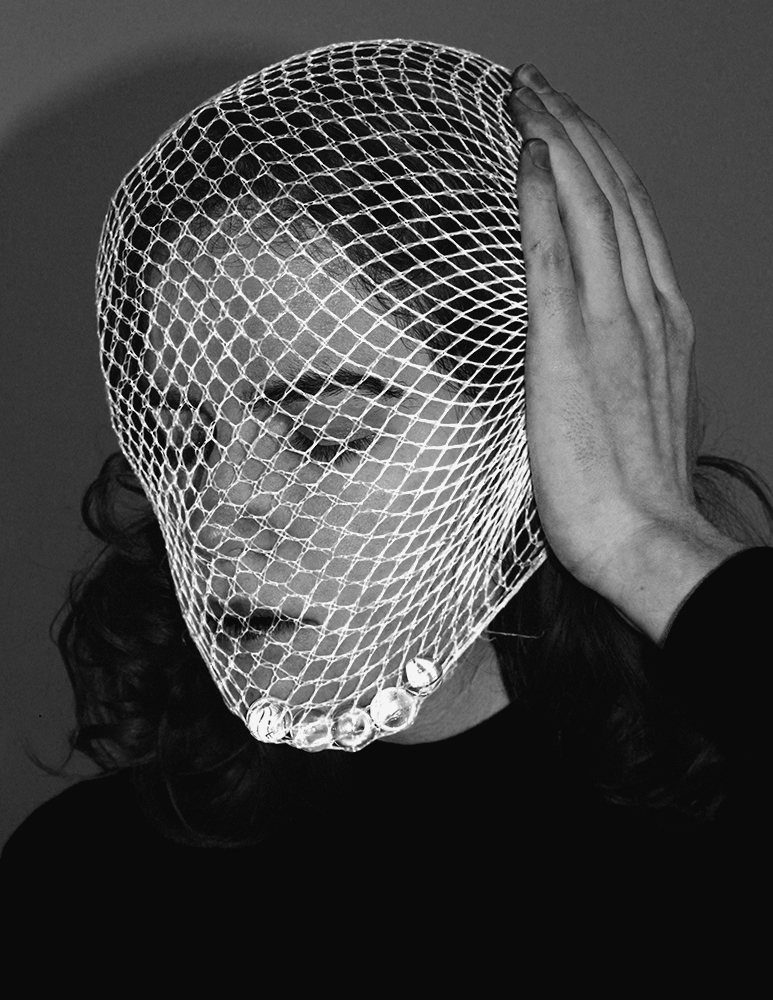 How does your experience of depersonalization manifest in your art? And has the act of making this project had an impact on your ability to connect with a sense of self?

This experience is everywhere in my work. Being periodically « absent » to myself was at the beginning quite scary. I learnt to reconnect faster with my body by observing deeply my environment. Seeing how things were, how they moved, what were their shapes, imagining how they could feel, helped me to know better where I was and how I felt. I remember holding a snail shell in my palm or watching a cloud’s shadow moving on a mountain slope and suddenly coming back to a more present self. With time I also learnt to channel those crises so they happen less often.

« Forms they inhabit in time of crisis » is a manner to pursue this necessity of observation and to get to grips with it. Building the series helped me to understand this disorder better and to make it my own. 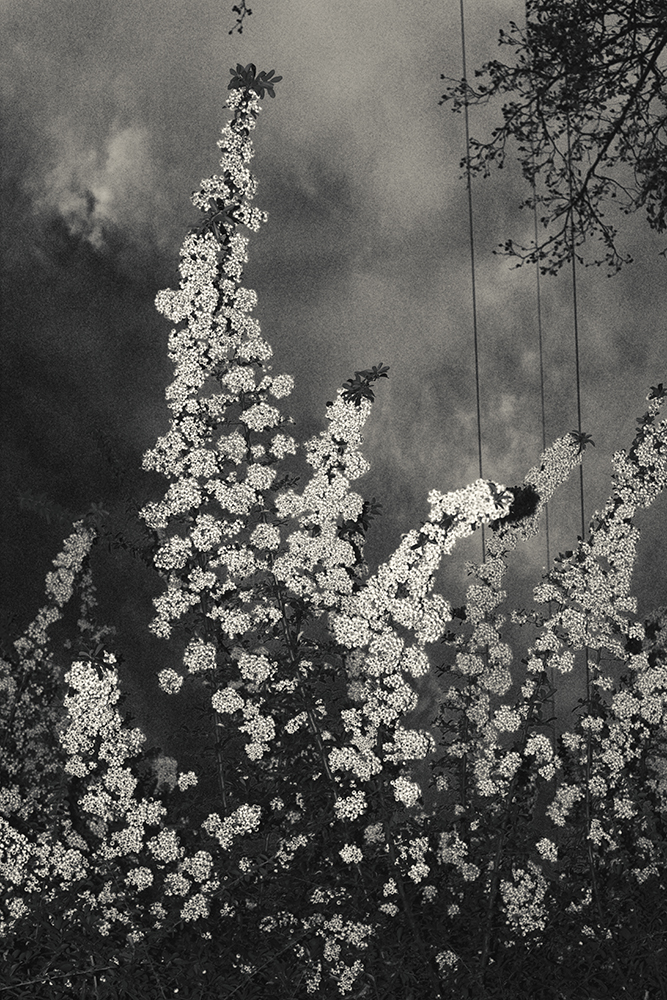 I often cannot tell whether your images are pre-planned/staged, or spontaneous, which is something I love about your work. Can you describe your process when you’re making images?

It really depends, I love to do both. In the selection I made for you it’s half pre-planned images half spontaneous. I come from a very spontaneous and experimental practice. When I started photography my process was to take a train, to get off at the last stop, then to walk hours until I get lost. I strongly believed that, at some point, something unexpected would cross my path and create a small event. It could be a dog in a corridor, a crooked tree covered with paint, a nail house…

Since I work on « Forms they inhabit in time of crisis », I tend to plan more. Sometimes I have an image in my mind and I have to make it, following my desire for the series, using self portraits and learning to direct people. However even when I plan things I always wait for the accident that will shake them up, make them less predictable, less frozen. 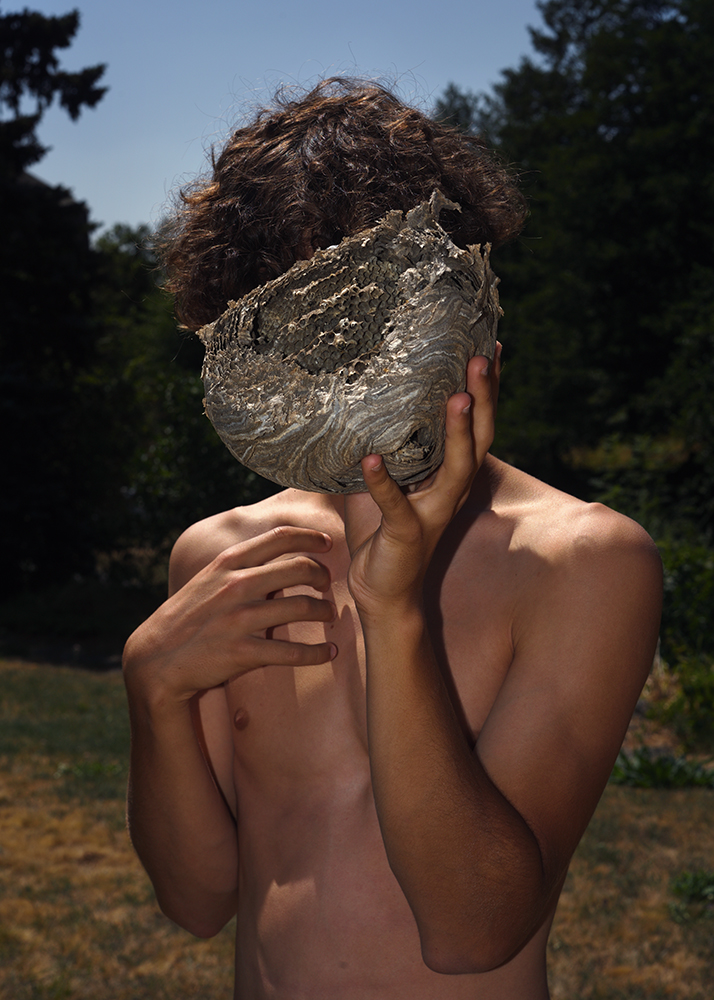 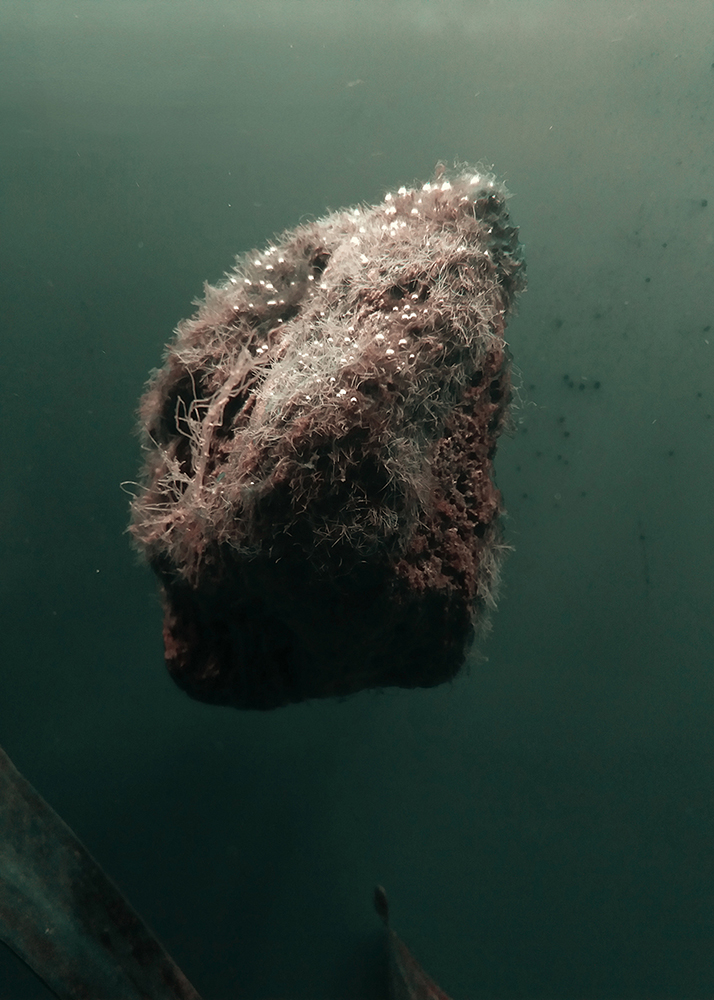 I’m curious about your interest and research into subjects such as astrophysics and epigenetics. How does your research contribute to your image-making process and vice versa?

At this level it’s more curiosity than real research. Like a lot of people without a serious knowledge about astrophysics, I find a lot of things fascinating. For example it makes me beyond happy that we are able to know that very rarely two white dwarfs (remnants of dead stars) can merge without collapsing and come back to life (to say it in broad terms).

The way it contributes to my image making is that it changes my perspectives. I try to look at earthly living things with the same curiosity and the same intensity we would have studying forms of life coming from exoplanets. It also pushes me to try to create non-existent worlds, to make my images unidentifiable, or non-localizable, with significant scale changes, to try to merge macroscopic and microscopic views.

My interest in epigenetics is more personal, above all it’s a tool to understand the history of my family. I’m not sure yet but I feel I’m starting a photography work with my two brothers and my readings on epigenetics may have something to do with it. 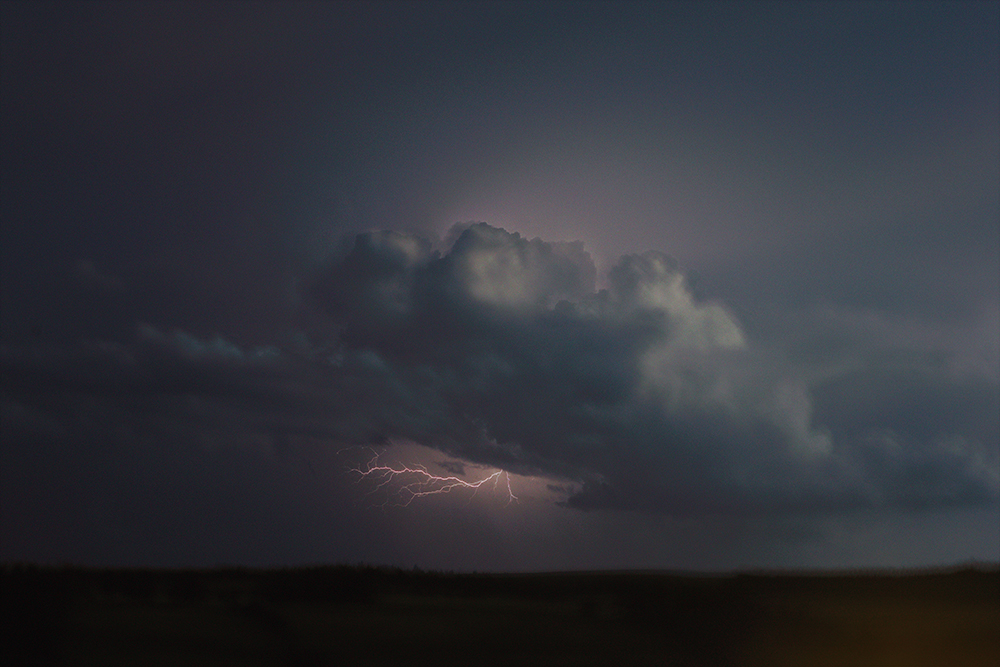 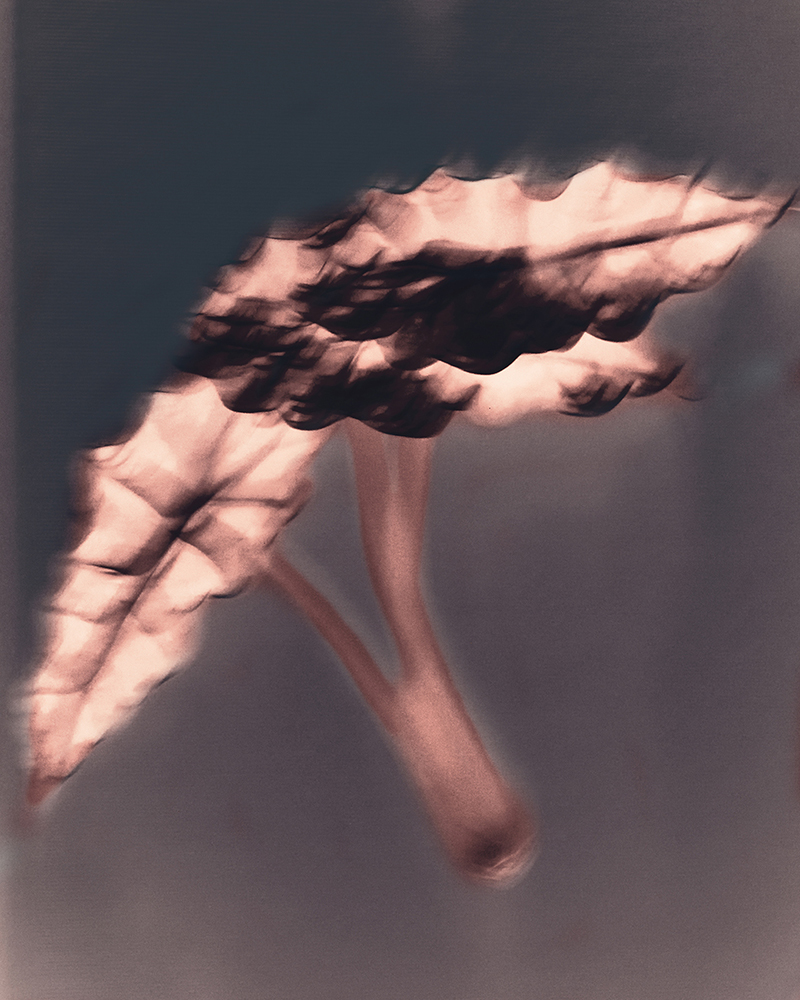 Things that are emerging or out of reach have definitely something to do with my work. I see it as a slow rise towards unknown lights. Like a hesitation mixed with excitement before getting to know someone or something that is very different from me. 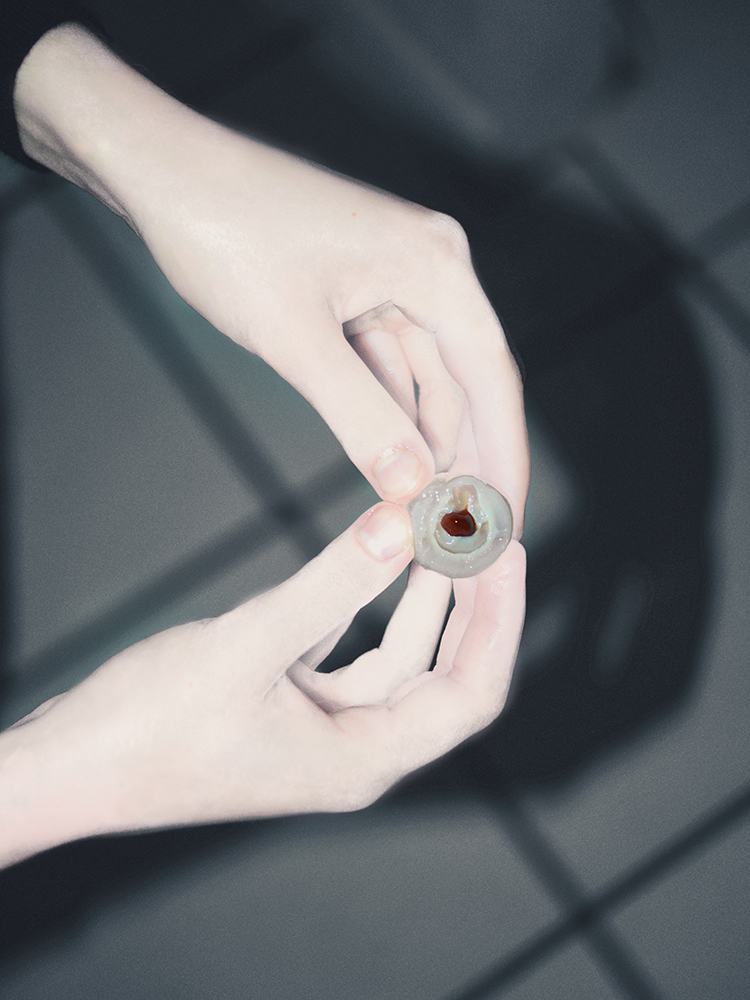 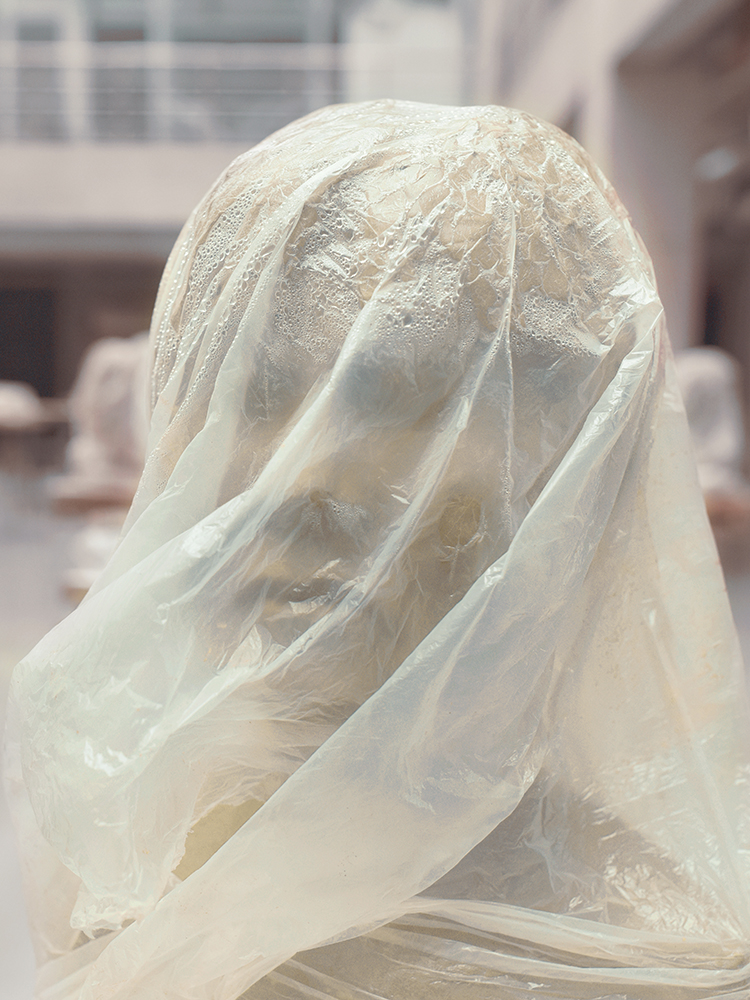 What’s next for this series? And what are you currently working on?

For this series I’m working on a book with a graphist designer, Dmitry Khmelnitsky. Working with him really changed the way I looked at my work, it’s very enriching.

I’m also working on a book « The hollow stones » with my photo partner Juliette Chalaye, it should be out soon! 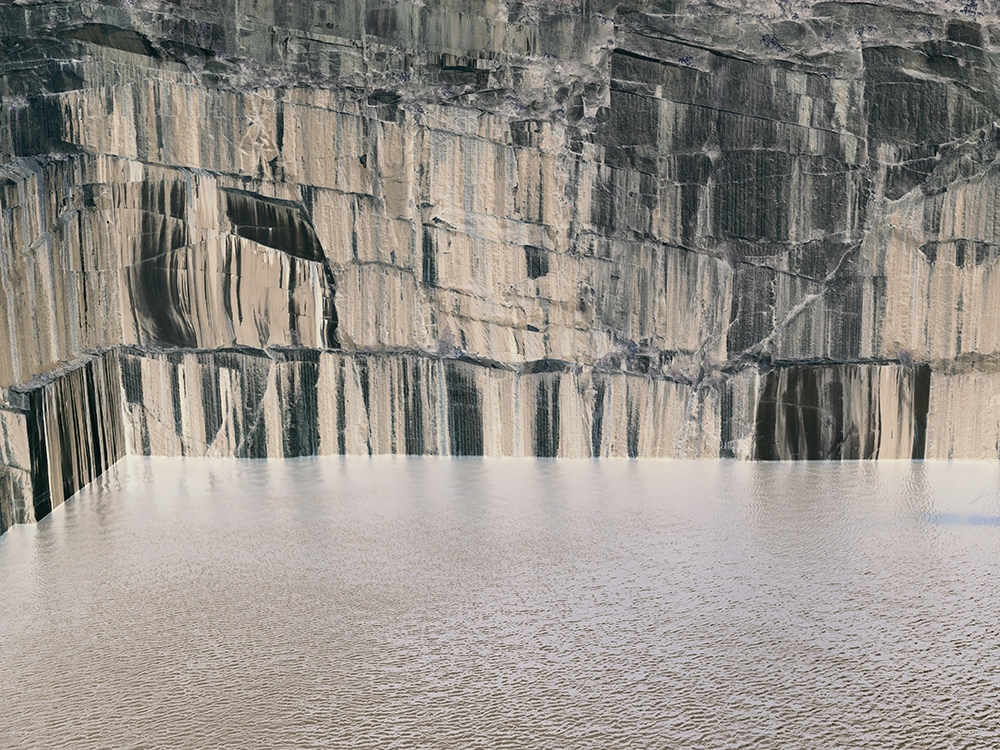 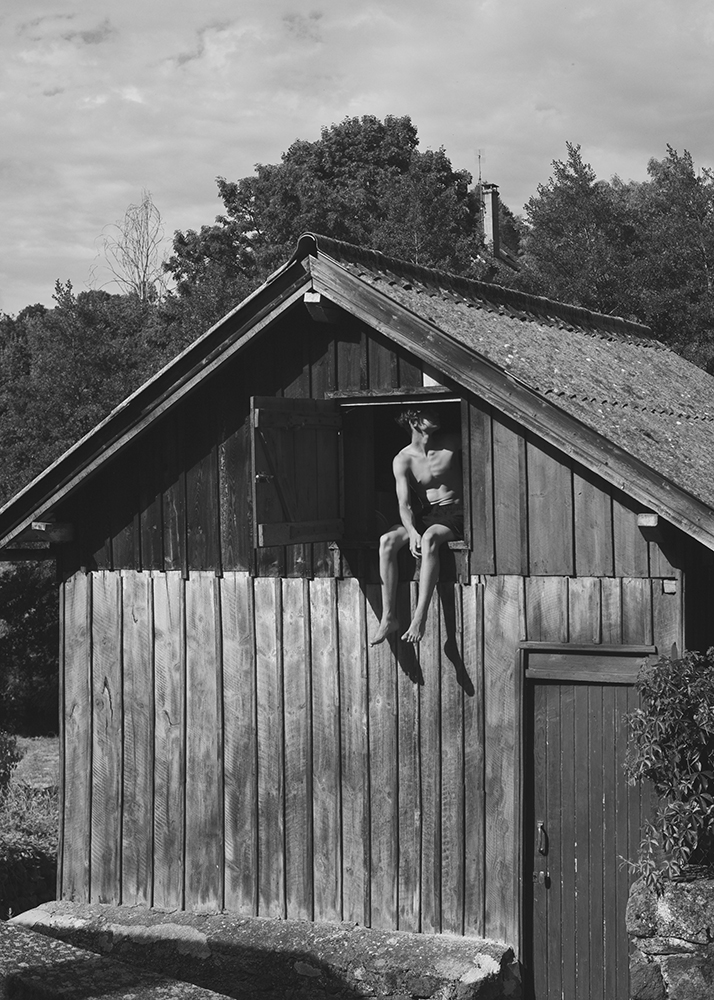 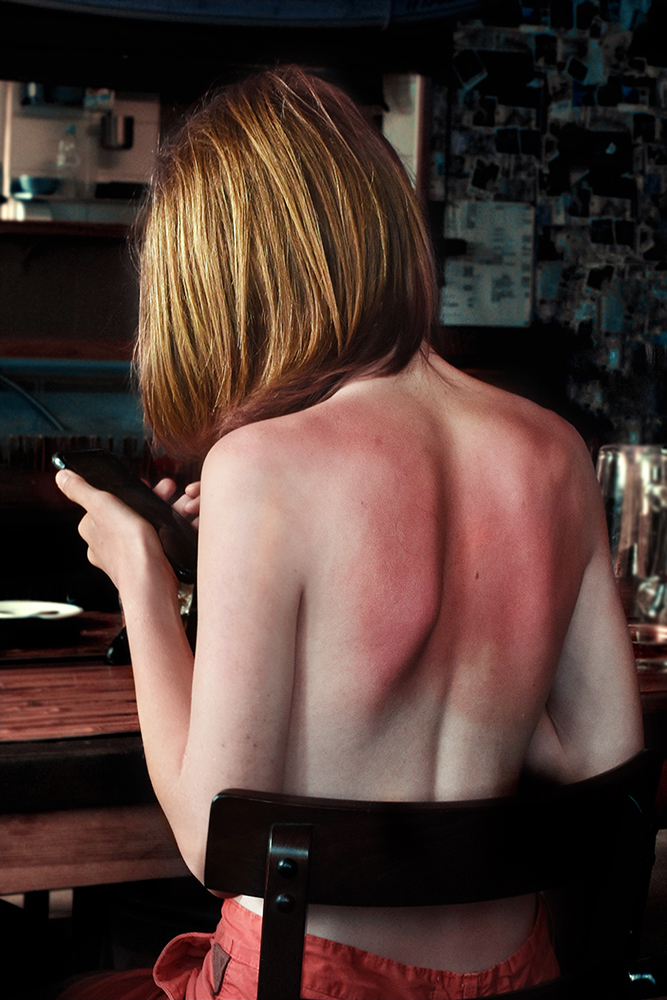 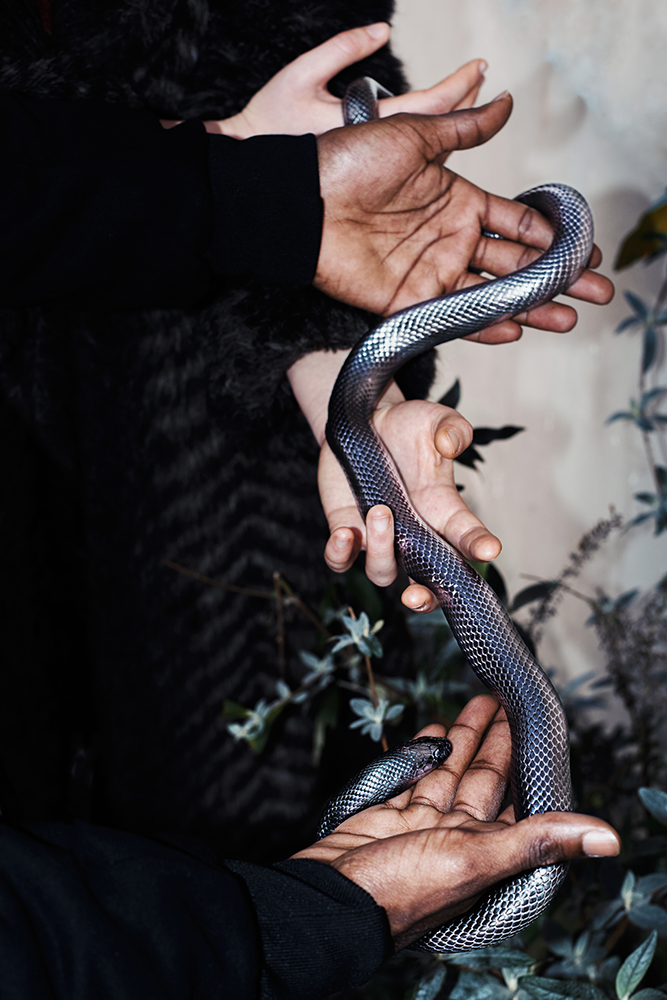 “This is the closing photo of my series, I shot it the day my brother came out of a coma after taking too many pills. He disappeared for a day and was found alive but unconscious at the bottom of a giant Virgin and Child statue on a hill. On the feet of the statue there was a carved snake, I didn’t know about it.

It’s a coincidence, however I can’t look at this photo now without thinking about this story.

In Greco-Roman mythology, snakes are symbols of healing because they can shed their skin. I wanted this snake to pass from hand to hand in order to echo Ovid’s text in which forms metamorphose one body into another in case of danger.”

Kat Bawden (b. 1986, Chicago) is an artist in Los Angeles whose work explores duality, trauma, consciousness, desire, and gender. She draws influence from film, performance art, her academic backgrounds in social science and public health, and her own lived experience. IG @bawdenka

NEXT | Erina C. Alejo: A Hxstory of Renting >
< Highlights from The Month of Photography Denver Reviews | PREV