I was revisiting the Center’s Black and White Single Image winners from 2008. I was struck by Natin Dvir’s photograph of crowd control in Tel Aviv, Israel. I clicked on his name which took me to his site and the same image appeared in color. Of course you could argue that this is a remarkable photograph in any shade, but it seemed of interest to note that creating it in black and white was not his first intention. Does it matter? Probably not. 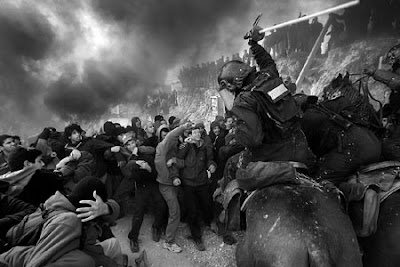 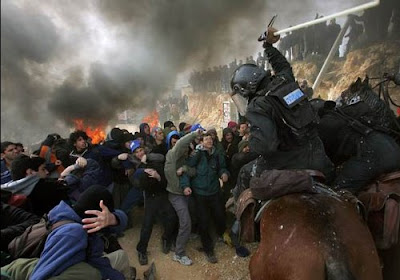