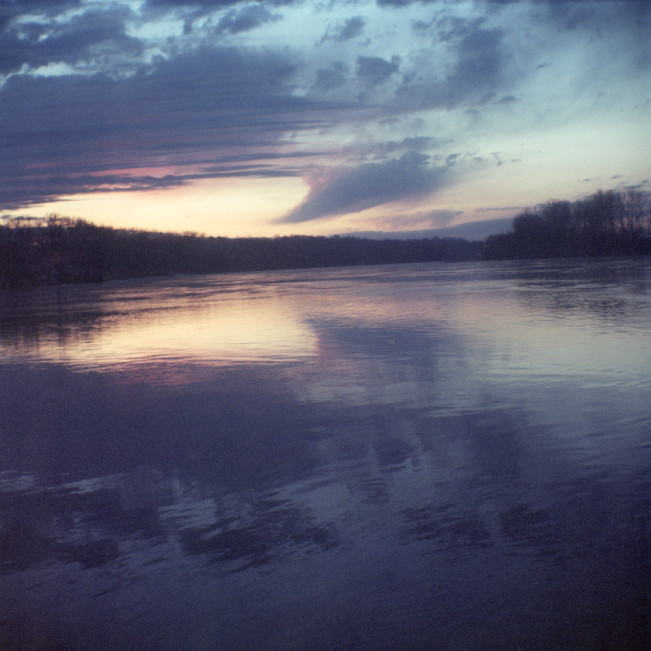 Arnold Newman once said, “A lot of photographers think that if they buy a better camera they’ll be able to take better photographs. A better camera won’t do a thing for you if you don’t have anything in your head or in your heart.” As evidence of that statement, photographer Ron Anderson created these beautiful photographs with a 1958 Brownie camera.  The images are from his project, River of the Big Canoes, and he is currently producing a book under the same title that will be used as a fundraiser to clean up and preserve the Missouri River and support organizations such as Missouri River Relief  and  Healthy Rivers Partnership.

Ron was born in Maine, but lived in several states including New York, Pennsylvania, Ohio, Illinois, Missouri, and Kansas as a child. It was while attending high school outside of Buffalo, NY that Ron discovered his passion for photography. This love for creating images led him to Ohio University, where he earned a BFA in photography. After graduation, he spent 30 years working as a highly successful commercial photographer. Ron is currently working towards his MA in Photography at UMKC and is also a Full Time Photography Instructor at The Art Institutes International – Kansas City. 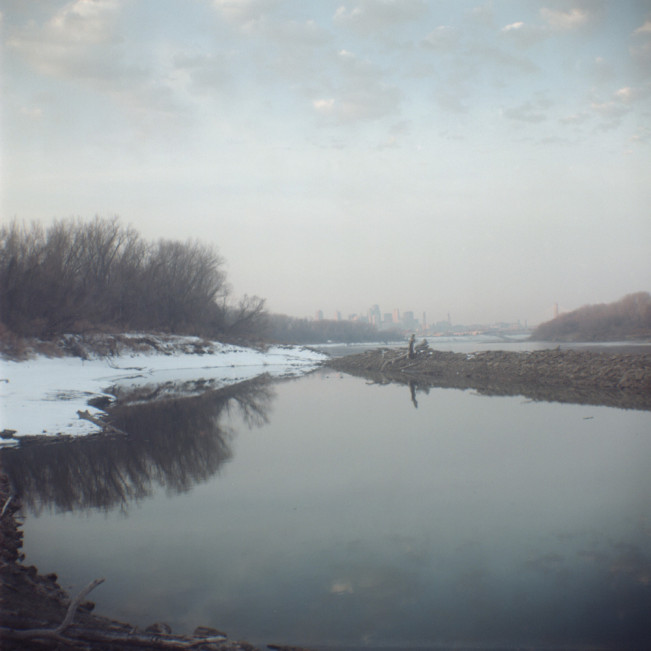 River of Big Canoes
River of the Big Canoes is the Native American Indian name for what is more commonly known today as the Missouri River.  As the longest river in North America, it has been a major source of sustenance and transportation for centuries.
Mankind has depended on the river for existence and at the same time tried to conquer it. Men come and go, however, the river remains. The river is constantly changing; the water you see in front of you is only there for a brief moment in time as it continues to flow. The water level rises and falls. The river is never the same, and yet it is everlastingly there. 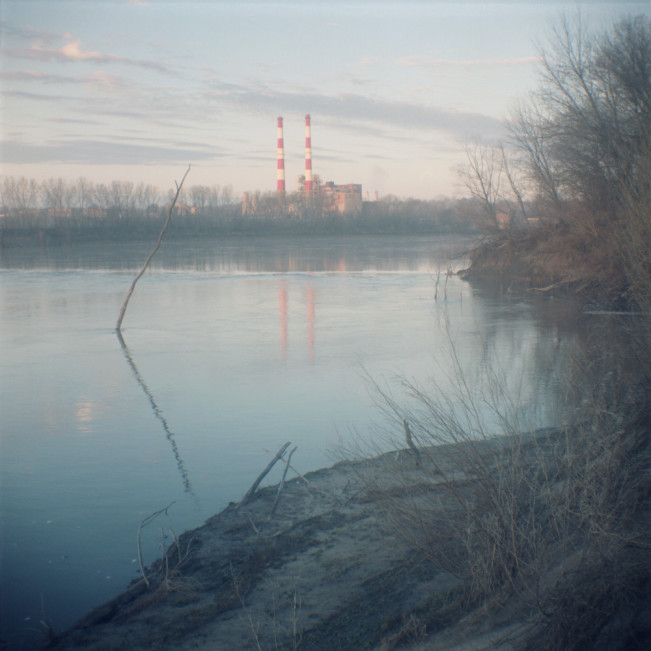 I have always been drawn to the water whether it is the ocean, a lake, a stream, or a body of water such as the Missouri River. Early in the morning, I find myself standing by the river in awe of its power and majesty, and yet overcome with a sense of peacefulness and serenity. Evidence of man surrounds me, but it pales in comparison to the river. 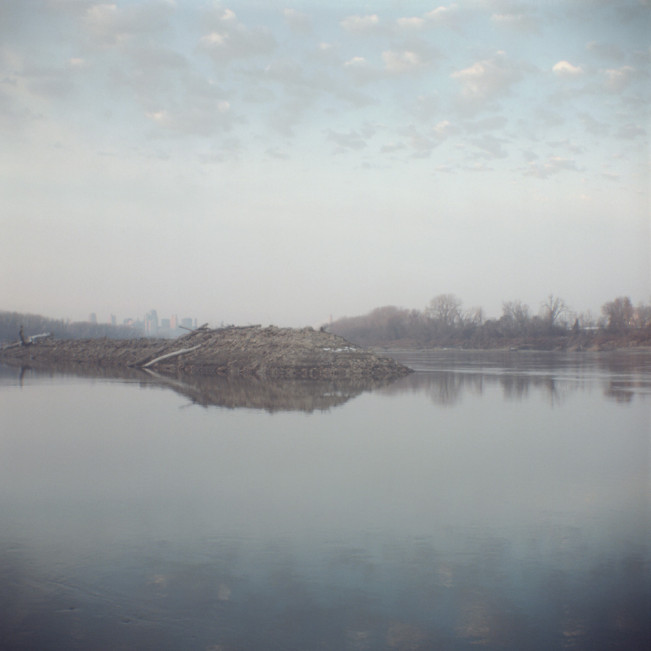 Armed with my 1958 Kodak Brownie, I have attempted to document those moments in time. These images are a result of my journeys along the Missouri River, the River of the Big Canoes. 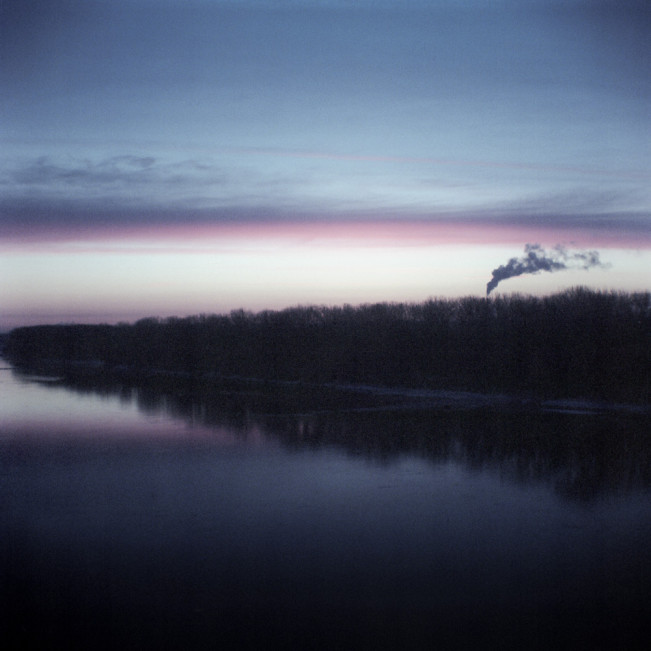 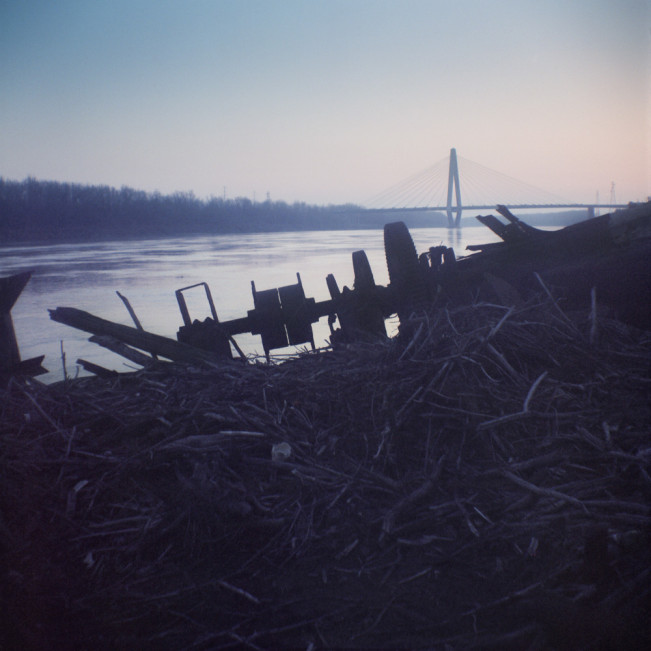 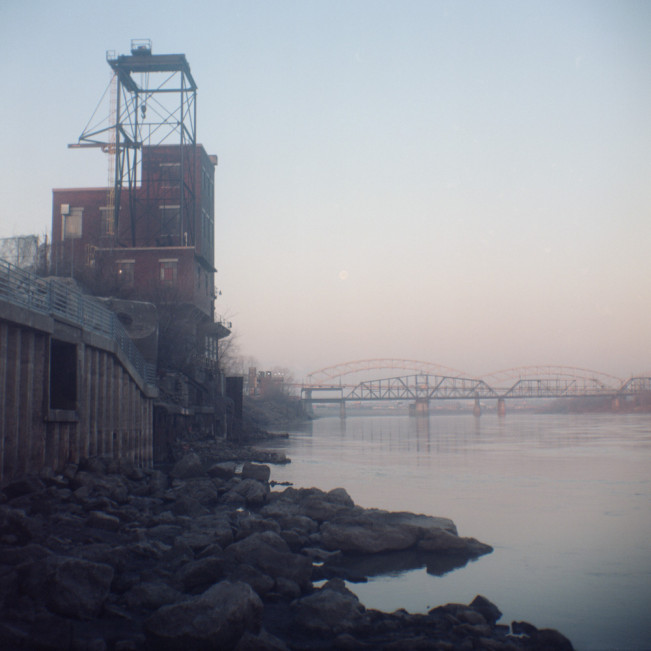 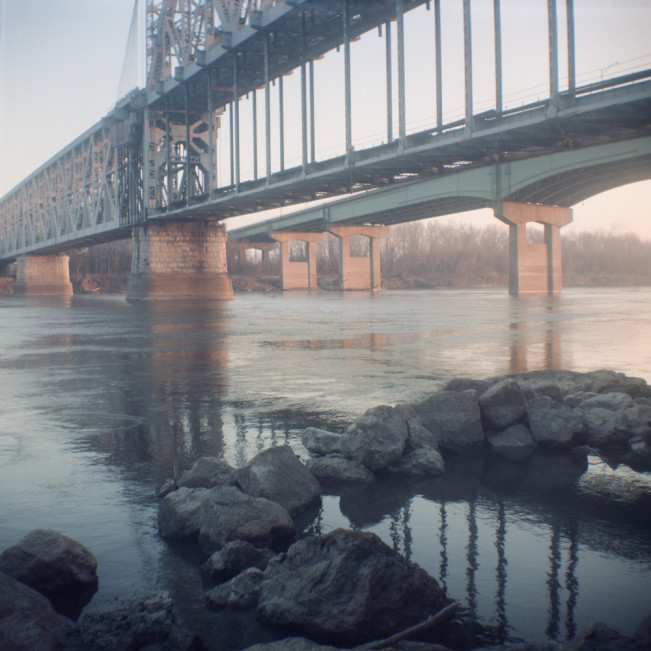 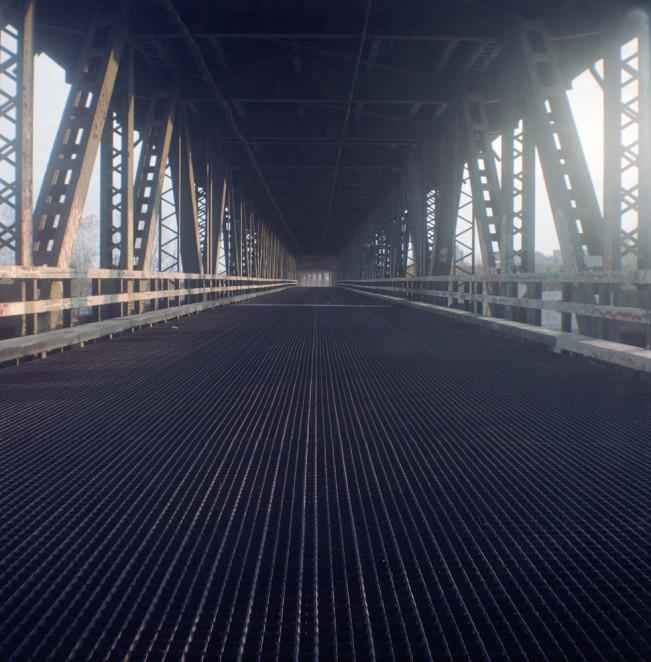 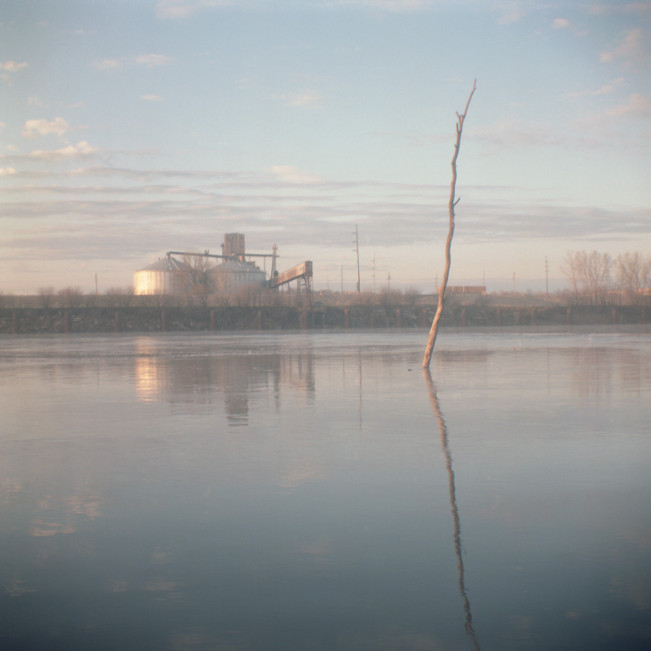 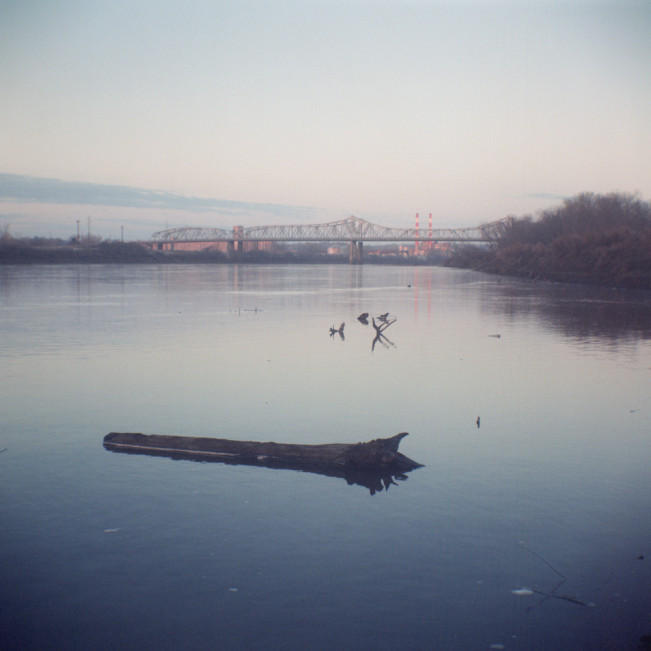 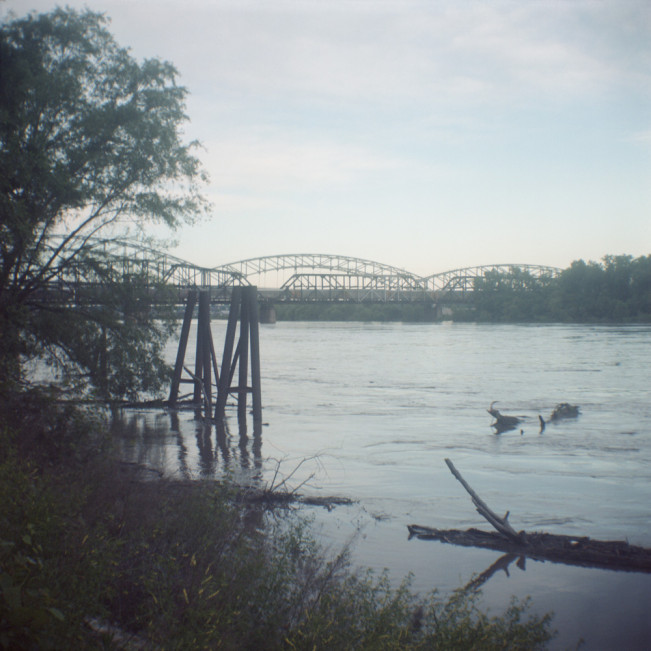 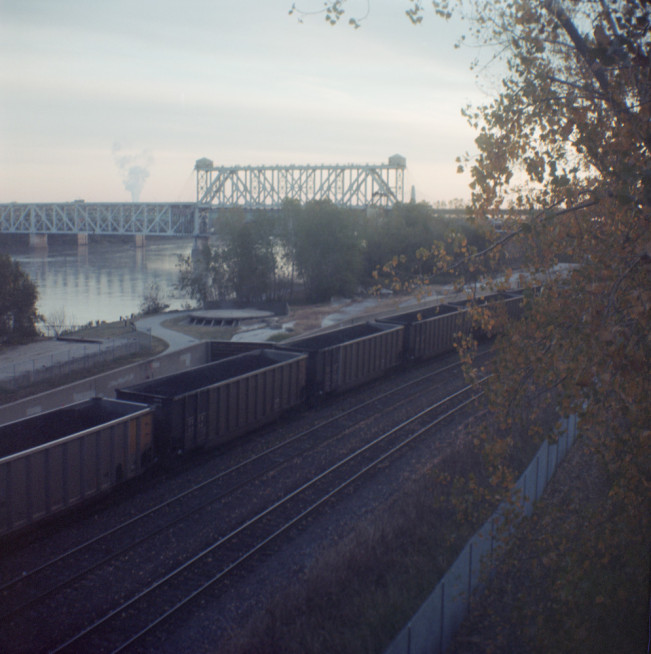 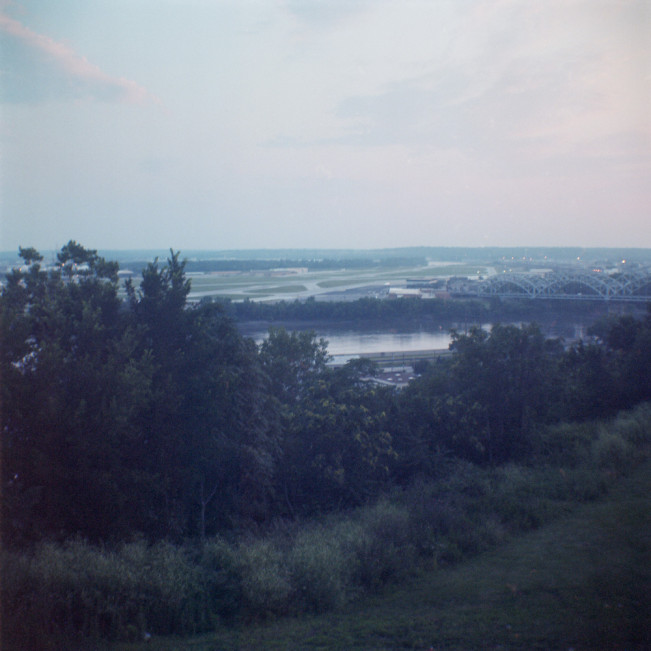 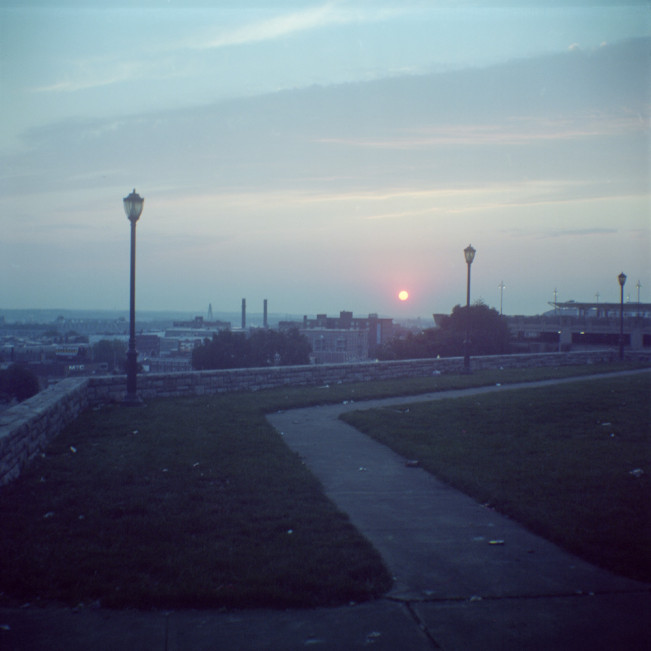