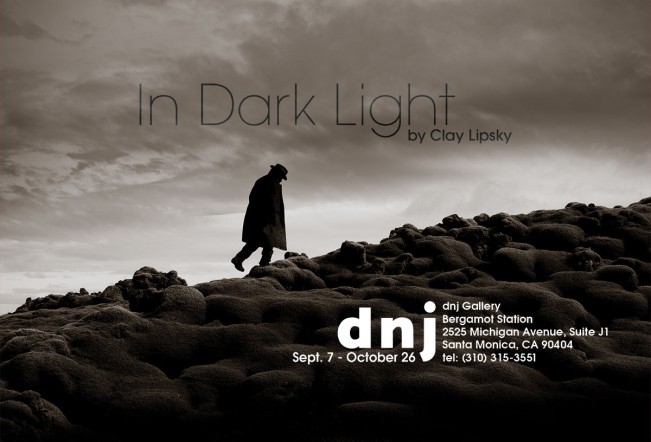 Opening tomorrow evening at the DNJ Gallery in Los Angeles, Clay Lipsky will be exhibiting his In Dark Light Project in the exhibition, Claude Cahun and After, which also features the work of Sia Aryai, Corey Grayhorse, Ni Rong, and Tam Tran. “The exhibition begins with four vintage print by the famed early twentieth century photographer, Claude Cahun. Working during the troubled interwar period in Europe, Cahun was one of the first female photographers to use portraits, often of herself, to explore notions of identity and gender. Cahun’s images serve as a point of departure for assembling five contemporary photographers who explore their own struggles with the concept of self. All of the artists contend with identities from different social classes and geographic environments, extend their temporal range into the past and future, and transform themselves or others to express concepts of sexuality, gender, beauty, and hope.”

Clay’s project is intriguing on a number of levels.  First, the work was created, for the most part, on a trip to Iceland and as we know, creating conceptual fine art images while in a foreign place, with no opportunity for previsualization, is not an easy task.  But somehow, Clay instinctively found a narrative and way of working within a concentrated period of time.  The other interesting aspect is what the work is about.  Making imagery about depression, about loss and solitude has to have subtle nuances that are at once personal and universal, and Clay captured this subject with emotion and simplicity.

Clay works as fine art photographer and graphic in Los Angeles. His photos have been exhibited in group shows across the country, including the Annenberg Space for Photography, MOPLA, Pink Art Fair Seoul, PhotoPlace and Impossible Project NYC. He has been featured  internationally in print and online in publications such as Fraction, Square, Diffusion, F-Stop, PH and Shots Magazines. Recently, he was a featured  “Ten” through Jennifer Schwartz Gallery, and North Light Press will be publishing an edition of his Cuba photos through their 11+1 series. He is also an avid self-publisher with several titles that exhibit as part of the Indie Photobook Library.
In Dark Light
This series of self portraits examines my loss of identity and enduring personal journey through depression. It is a solitary path that encompasses loss of home and parent, the pursuit of beauty, work and perseverance under no religious or visceral compass. Imagined as a vast, shadowed plane
it is a private purgatory mired in fog with colors muted and senses numbed. The varied landscape acts as metaphor for life’s many obstacles. Beyond the horizon lies hope for brighter days and so the lone soul carries on, albeit cast in dark light. 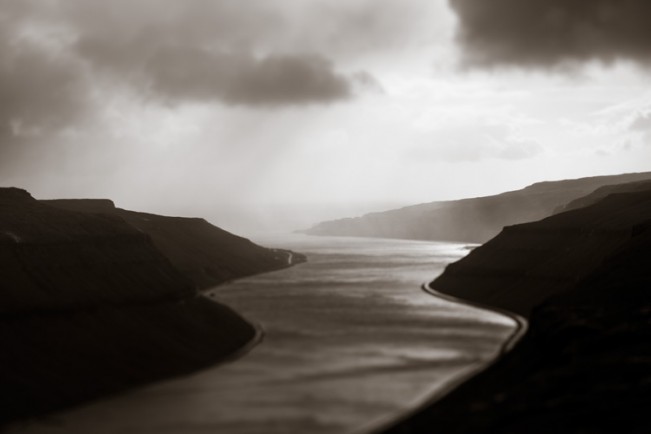 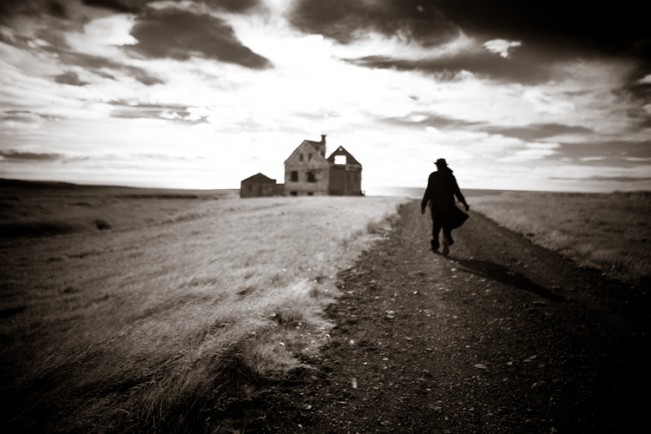 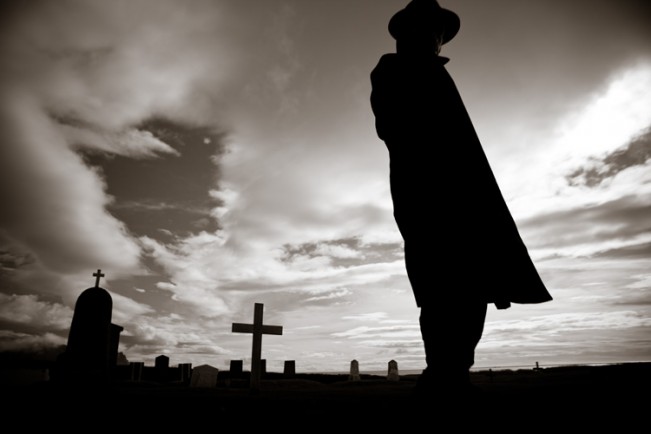 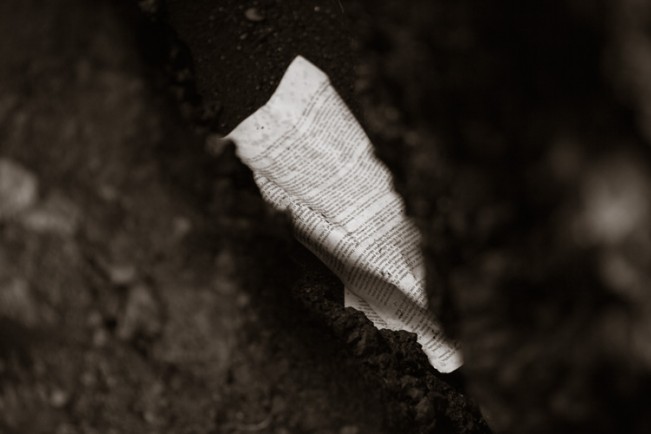 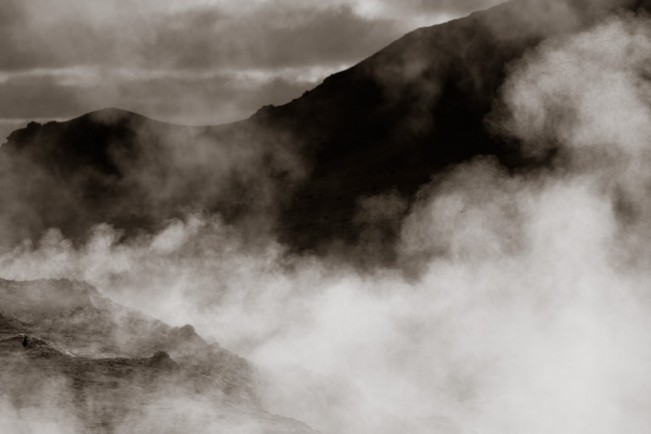 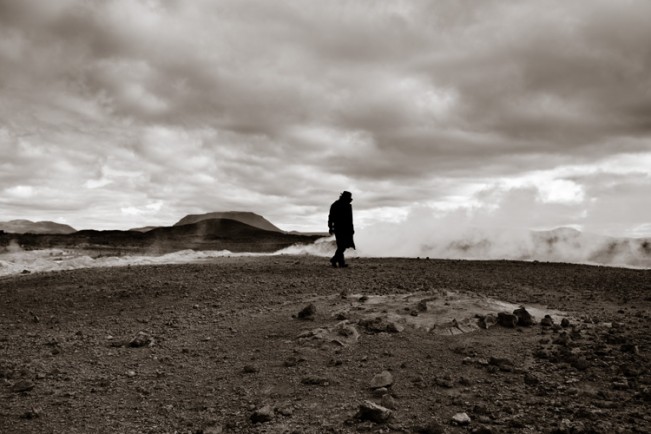 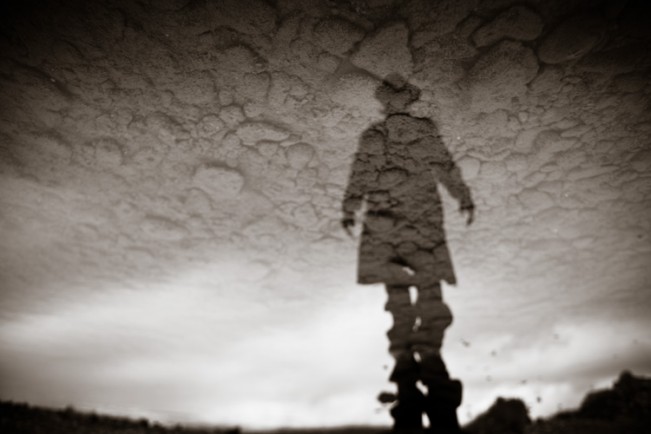 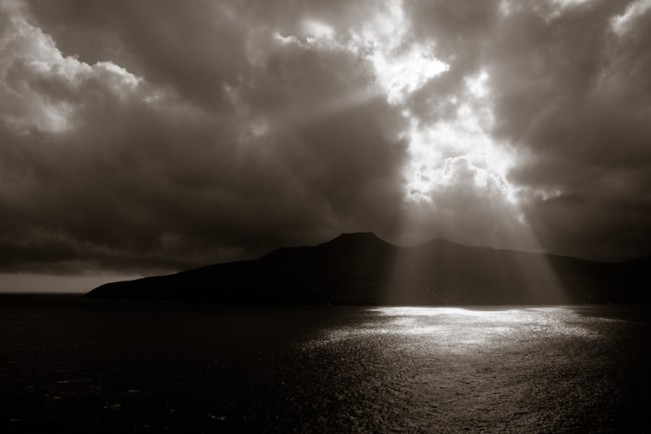 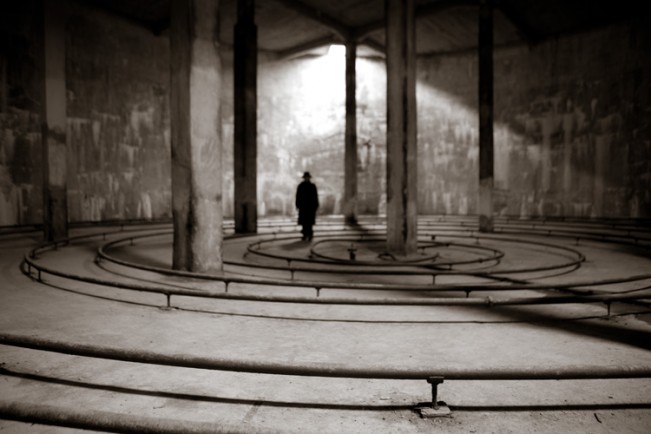 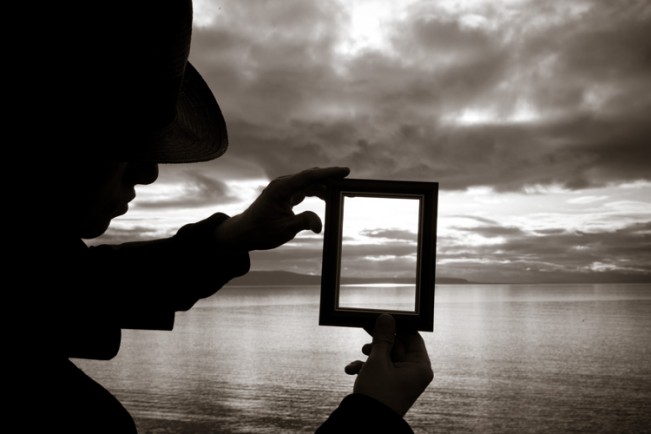 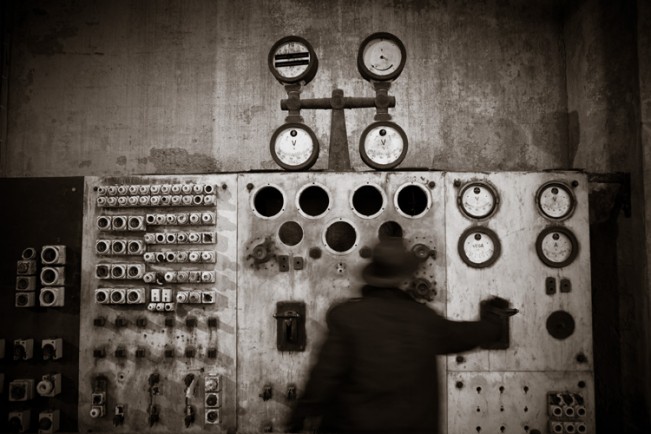 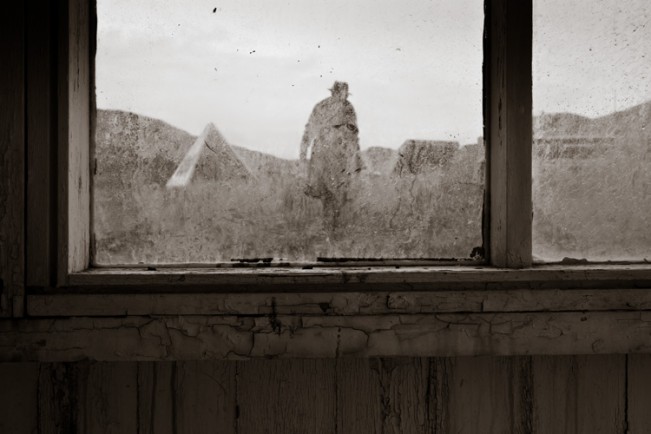 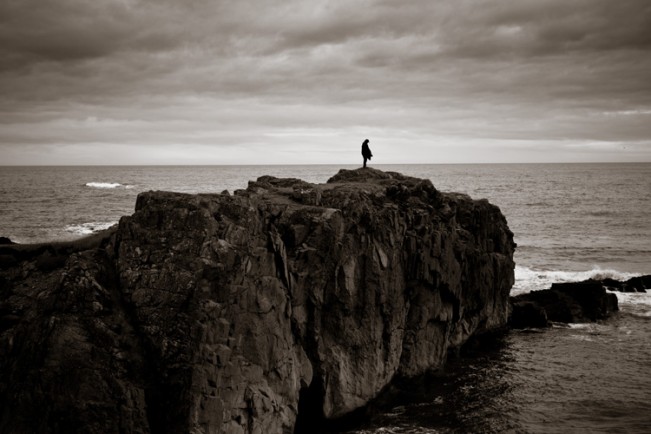