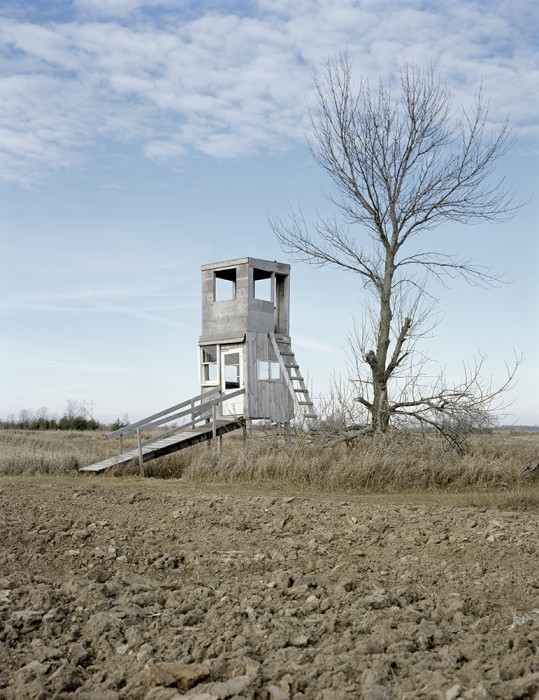 I first saw Jason Vaughn‘s work at the Wisconsin Triennial exhibition, which is currently on view at the Madison Museum of Contemporary Art. Then again I ran into his work while reviewing portfolio submissions to Lenscratch. I really enjoyed his work right away, partially because I connect with imagery from Wisconsin and also because of the personal story that he brings to the images from his struggle with cancer.

Jason Vaughn is a fine art documentary photographer who focuses on Middle America, showcasing everyday people and scenes in a way that is suggestive of melancholy and permanence. His process includes cross-country road trips, which often find him sleeping in his car, losing himself on service roads, and exploring the corners of the Midwest. Last year, while working on a series entitled Hibernation, he was diagnosed with leukemia at age 32. After a year long hiatus, he is now continuing the series, contrasting the seasonal rituals of men with their desire to control their environment. His other major project, entitled Hide, uses Wisconsin hunting stands as a reflection on legacies and family.

Hide is a project that began as a commentary on Wisconsin’s hunting tradition, using deer stands as a metaphor for the changing values of the sport.  When my sudden cancer diagnosis interrupted the project, hide took on a much deeper, more personal meaning.

I was inspired on my drives through Wisconsin by deer stands, and began having conversations with hunters about the tradition of hunting in their families.  Some people described building the stands as something permanent that could be passed to the next generation, especially sons who would inherit the land.  I was anticipating the birth of my own son and thinking about my legacy to him, so this idea resonated strongly with me.  I also heard hunters emphasize that their pastime is not about violence, but more about oneness with nature and time spent with their children in the stands.  I wanted these photographs to capture the serenity of that sentiment, and to suggest the dignity that was associated with hunting when it was seen as a means of feeding large families.  Finally, I wanted to look at the issue from a historical standpoint, and the impermanent nature of some of the stands illustrates the fading hunting tradition in Wisconsin, which has declined 6% since 2000.

When I was diagnosed with leukemia in 2011, my work on hide was put on hold.  I was 32 years old and had a 3-month-old baby at home.  Having to face mortality so unexpectedly made me come back to the project with a new perspective on the ideas of permanence and impermanence.  Ultimately, hide became my reflection on legacies and family, my homage to the state that has become my home, and a narrative about accepting change. 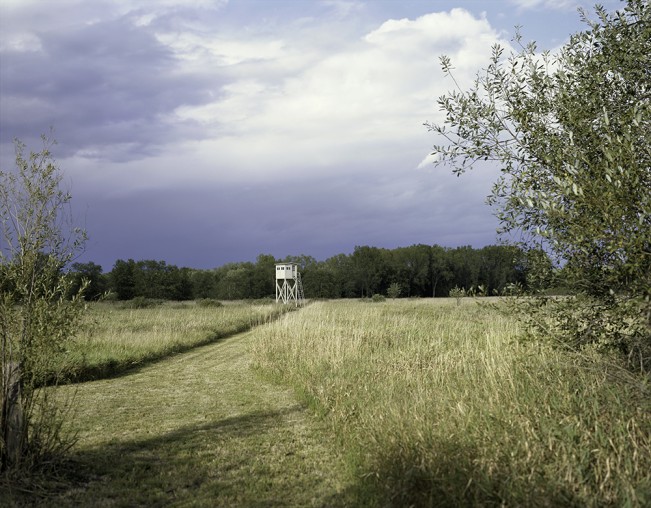 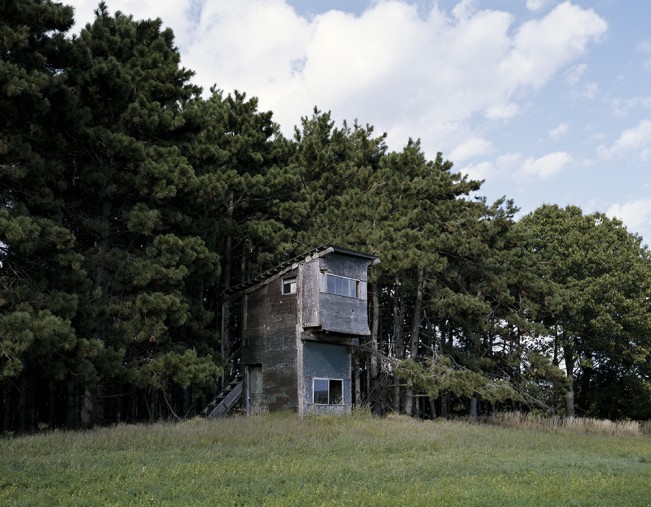 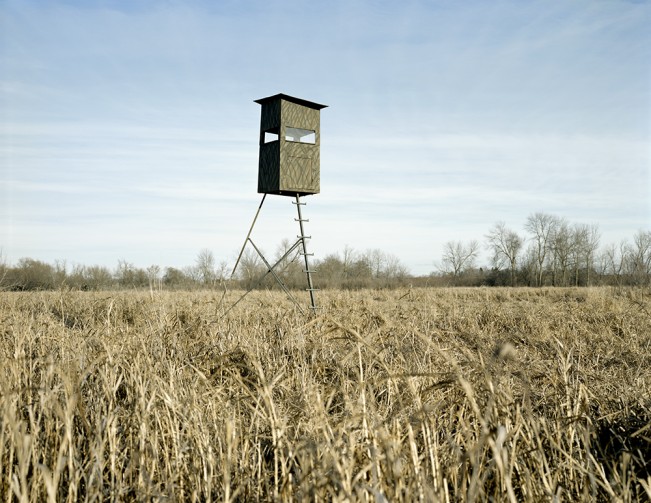 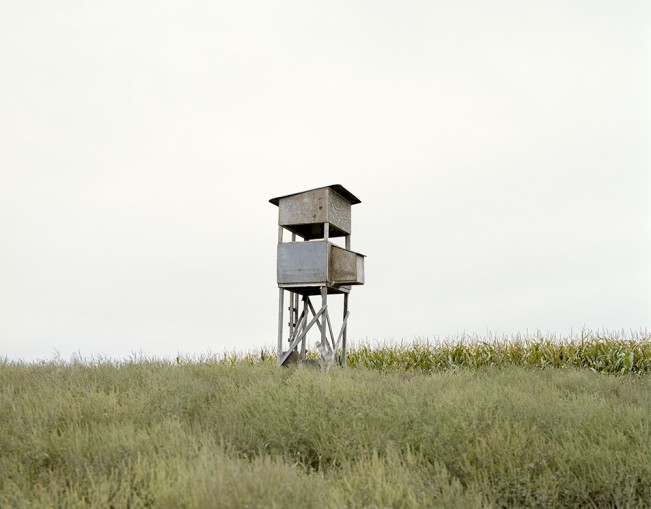 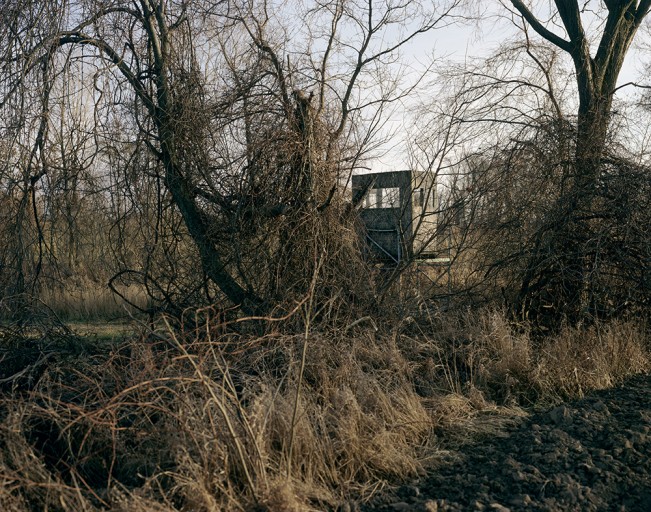 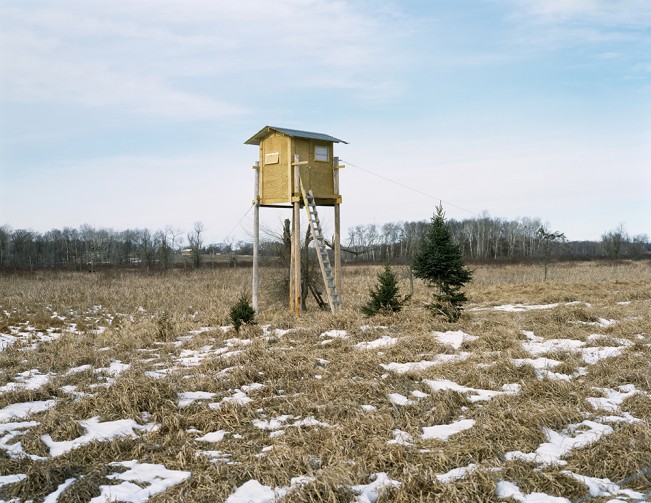 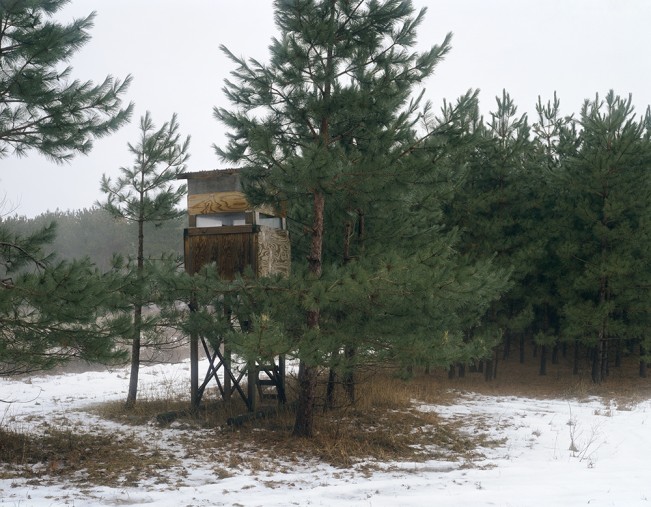 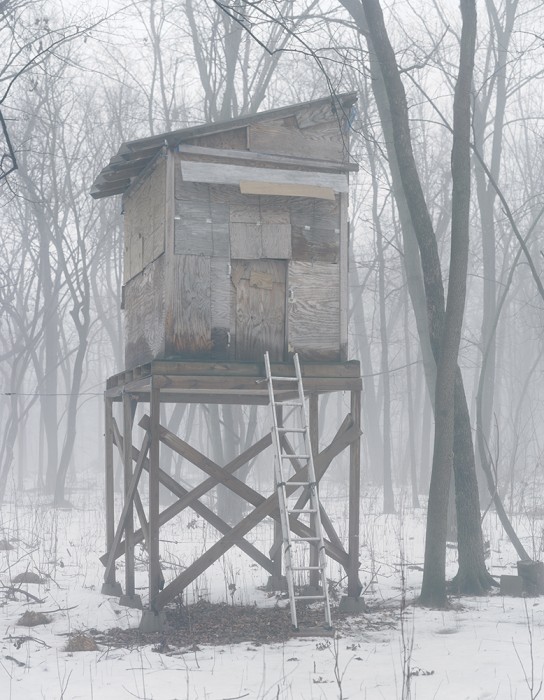 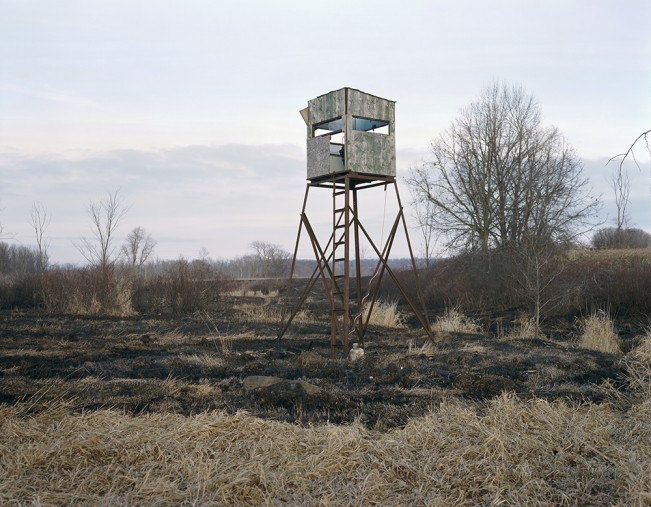 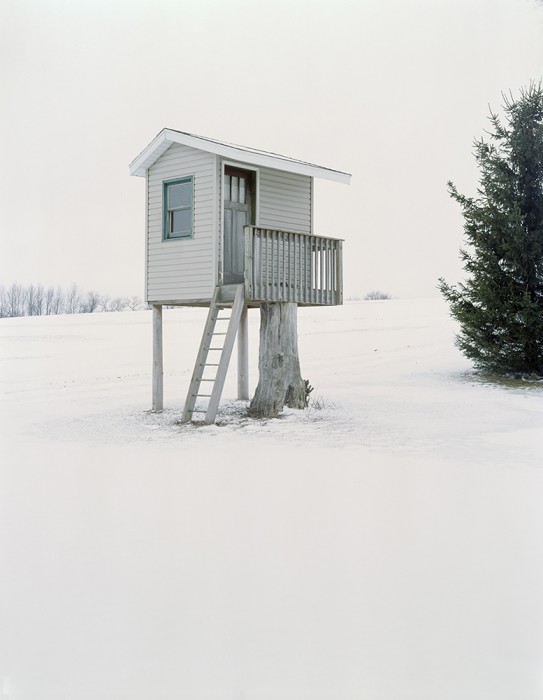 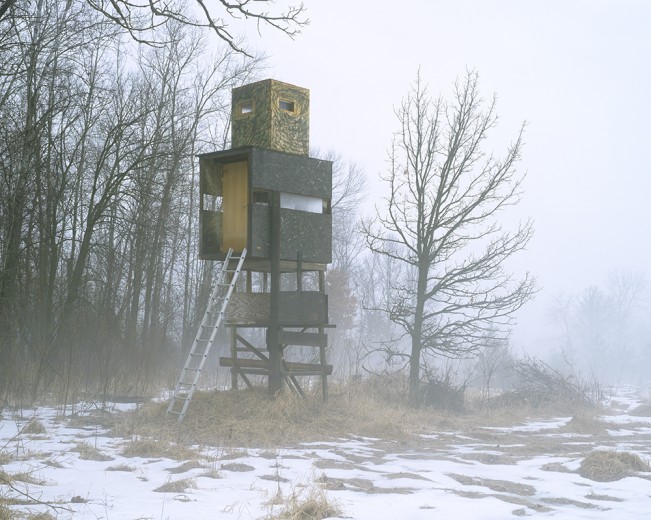 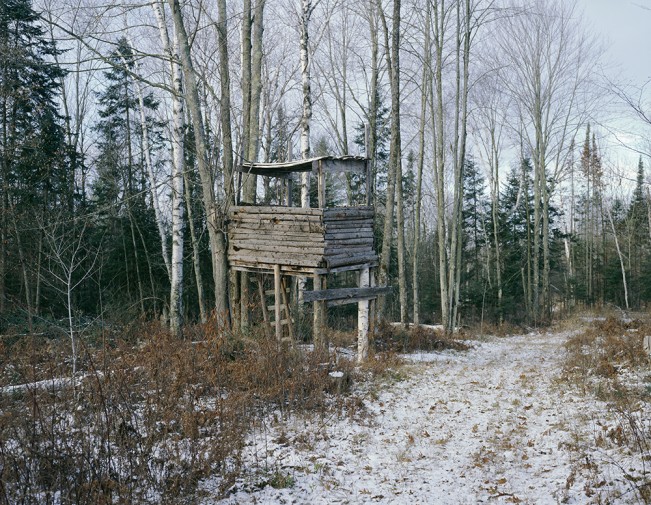 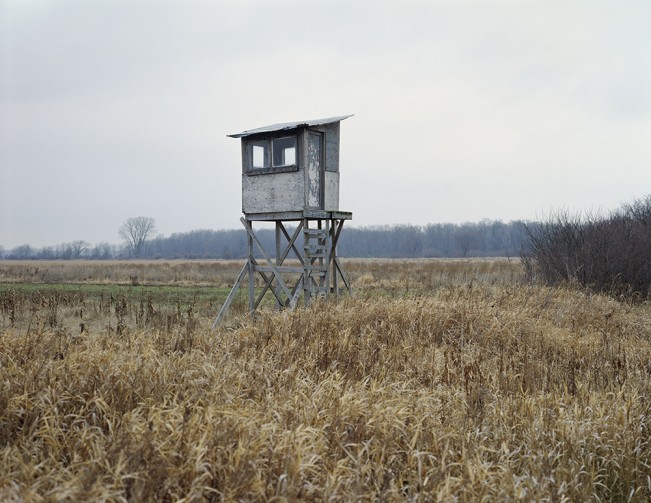 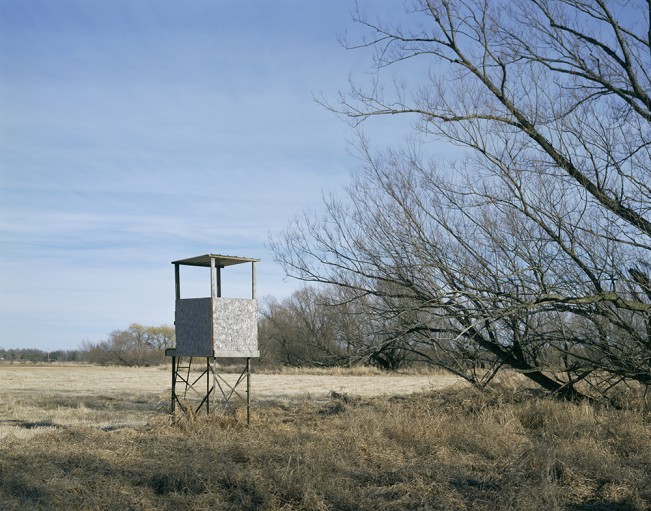