Nadine Boughton: Fortune and the Feminine by Aline SmithsonSeptember 16, 2014 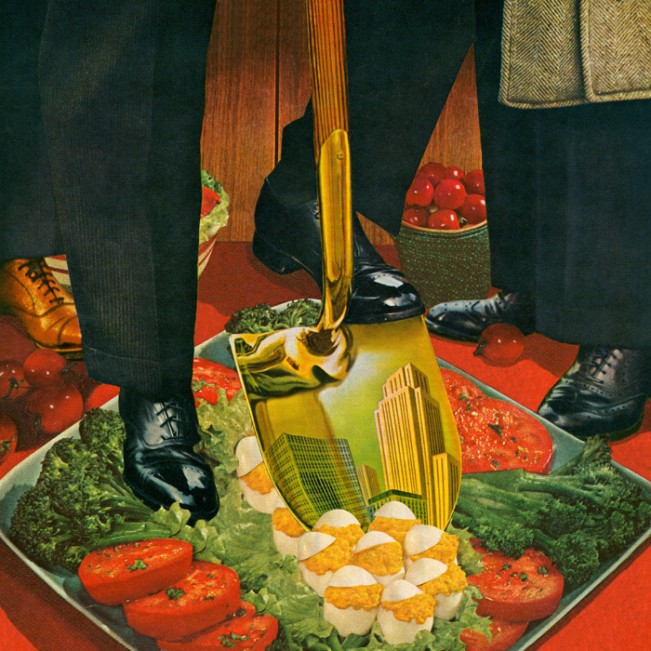 Nadine Boughton‘s amazing collage work hit the photo zeitgeist in 2011 when her project, True Adventures of Better Homes, made the Top 50 in Critical Mass, which she accomplished again in 2013.  She is in the running yet again this year, as a finalist in 2014, with her new project, Fortune and the Feminine, that examines Mad Men era advertising and the portrayal of gender roles. It’s a terrific combination of the familiar with the surreal, turning visual norms into interpretations of the absurdity of 1950’s mentalities. Her work is currently on exhibition in OUTSPOKEN, Six Women Photographers, at the Nesto Gallery, Milton Academy, Milton, MA,  which opened September 19 and is being featured in The Georgia Review literary quarterly with the cover and an 8 page spread.

Nadine is a collage artist and photographer. She grew up in Rochester, NY, under the shadow of George Eastman’s Kodak Tower. She studied photography with Garry Winogrand, and at Visual Studies Workshop, Rochester, NY, and Lesley University Seminars, Cambridge, MA Nadine is a recipient of the “Top 50″ Critical Mass 2011 and 2013 international competition, Photolucida. Her work has been exhibited widely, including Davis Orton Gallery, Hudson, NY; Candela Books + Gallery, Richmond, VA; JoAnne Artman Gallery, Laguna Beach, CA; Griffin Museum of Photography, Boston, MA; and numerous on-line journals. Her work is represented by Trident Gallery, Gloucester, MA. She was an IRIS lecturer 2012, at The Annenberg Space for Photography, Los Angeles, CA, Adventures in Digital Collage.  Nadine currently lives in Gloucester, MA. 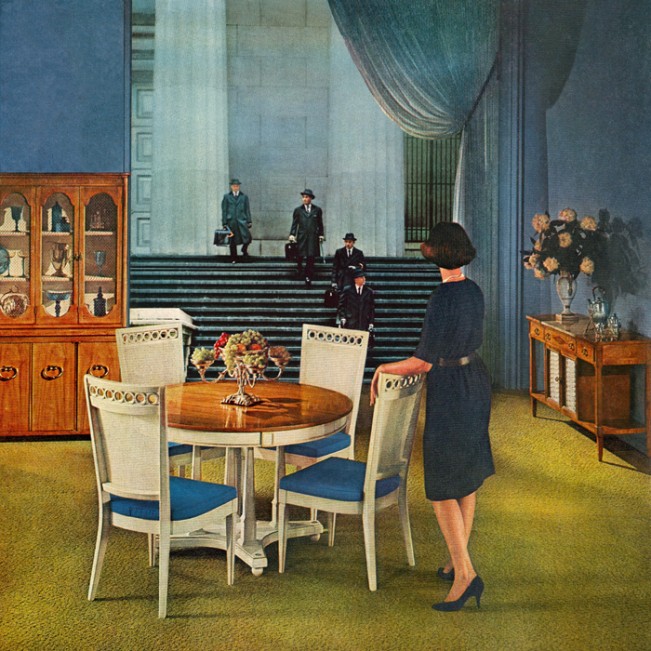 I am continually drawn to the imagery and cultural milieu of mid-century America. In this series my focus is on gender polarities as depicted in popular magazines of the 1950’s and early 1960’s. Collage is the perfect form for bringing two distinct sets of images into conversation. 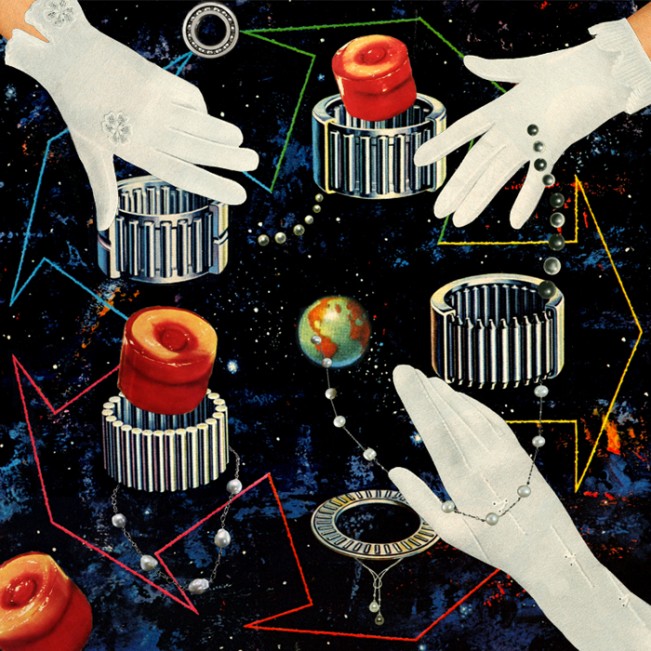 My intention is to deconstruct these images of mid-century advertising, creating narratives of ambiguity with humor and a dark edge. What are the different relationships men and women have to power, beauty and longing? The images play with the convergence of interior and exterior domains; abstract ideas and the mystery of the female form.

This series is an homage both to the handsome men in Fortune who look like all the fathers I watched in their big suits and briefcases, carpooling to a foreign land; and the community of mothers, who served egg salad sandwiches on the green lawns of suburbia. 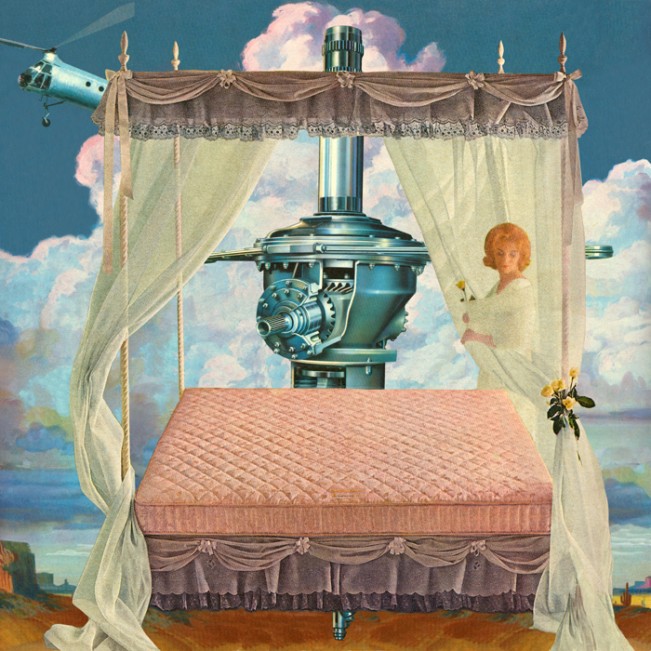 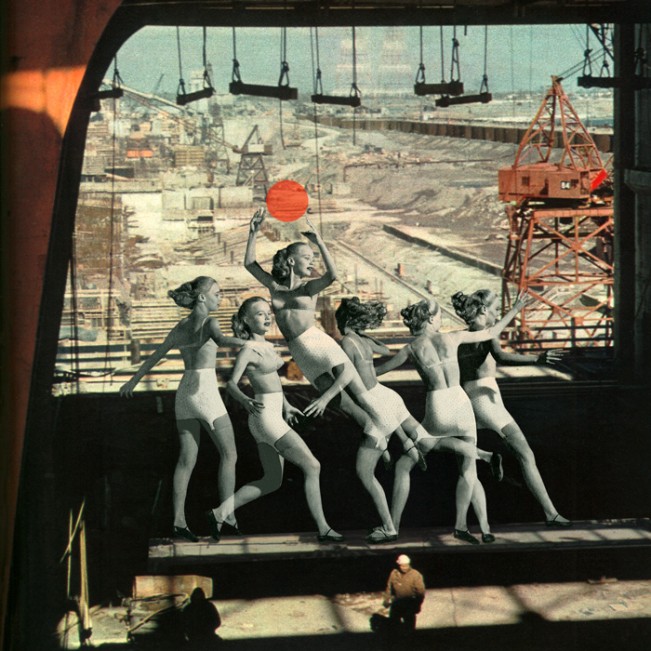 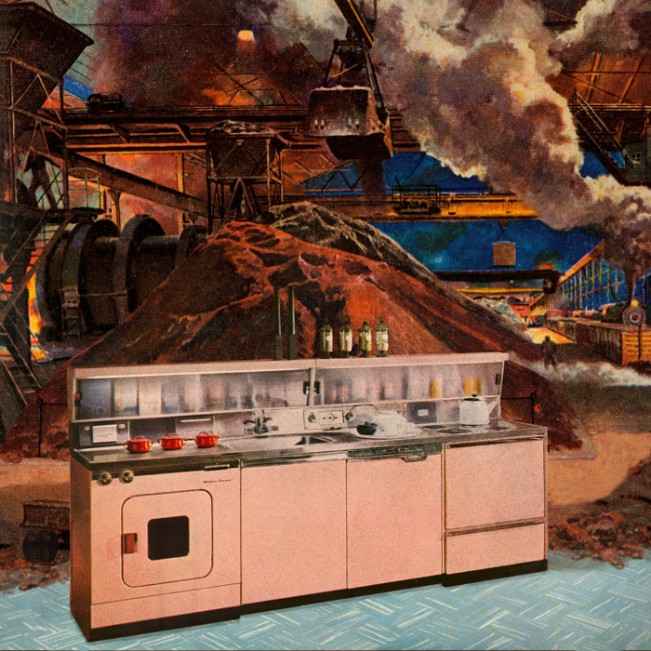 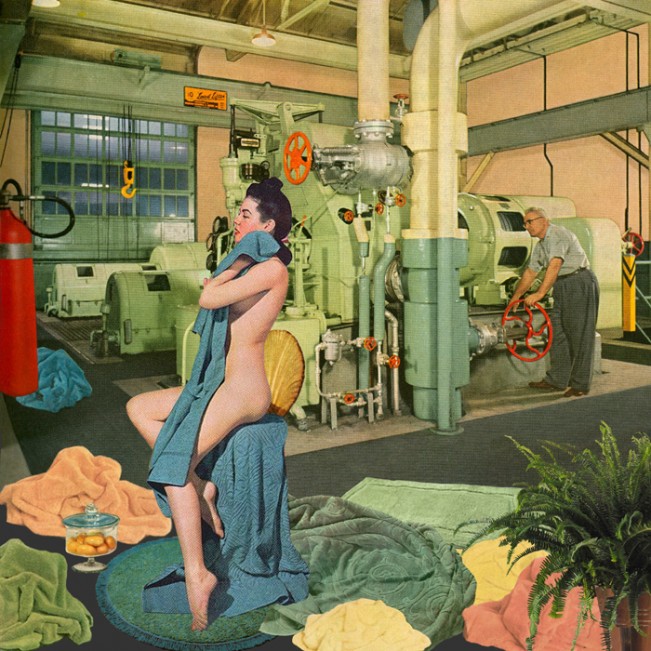 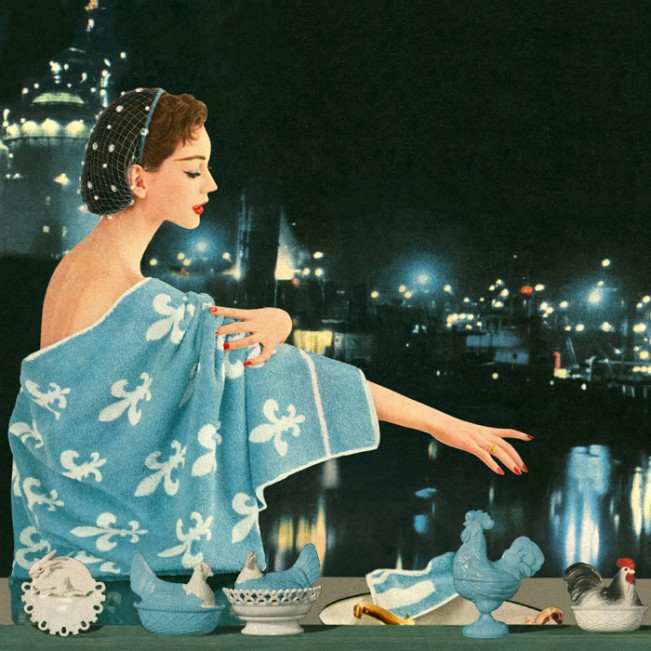 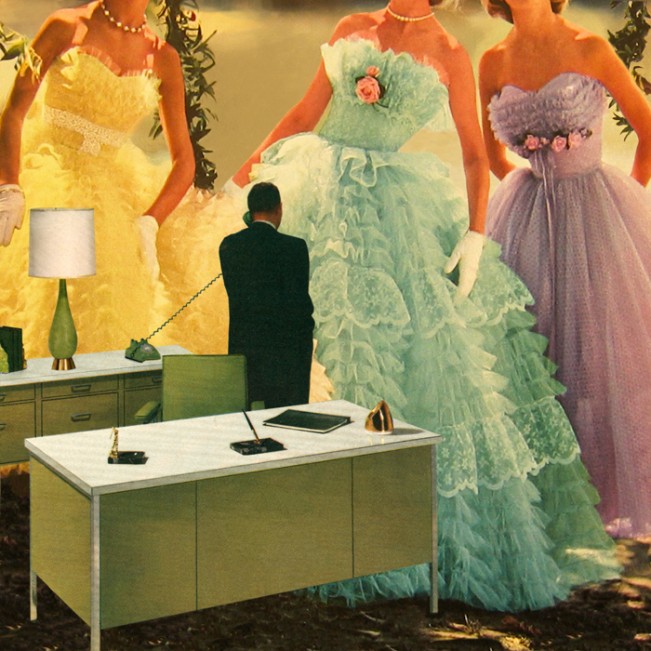 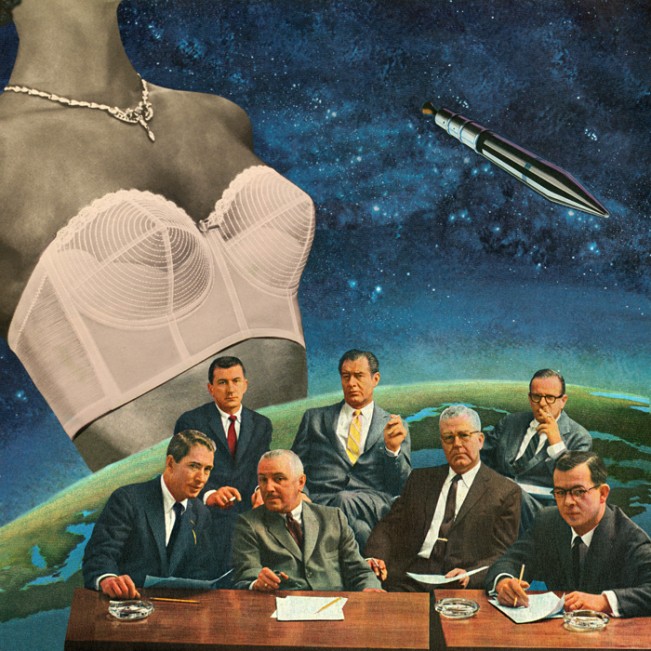