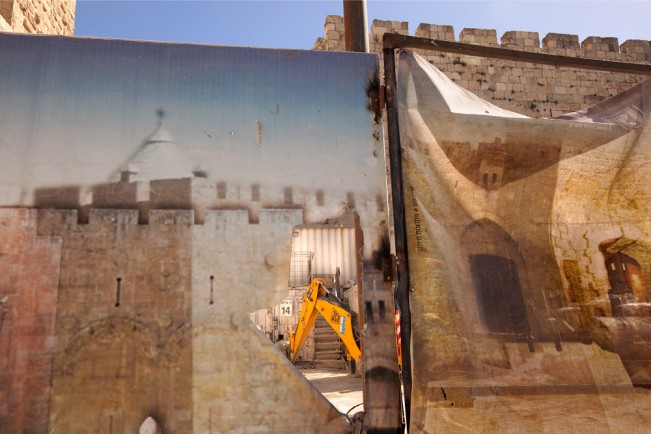 Photographer Carol Isaak is a photo archaeologist of sorts, excavating the visual noise that surrounds us.  Her project, Layers of Illusion, plays with our perceptions of what is real and what’s behind the curtain. The juxtapositions of place and people and the layered elements of disguise combine to keep us visually on edge.  Carol will have a solo how of this work at the Griffin Museum in Spring of 2015 and will soon be part of an Oregon Public Broadcasting show about photography in Oregon called ART BEAT.

When I discovered, as a small child, that there was such a thing as New York City, I told people that I had come from there, not New Jersey, where I was born. It was just a matter of time until I was accepted at Cooper Union and I could escape via the 35-minute drive through the Holland Tunnel actually emerging at the other end a New Yorker.  N Y C is written indelibly on my forehead.

Cooper is where I first experienced photography.  Although a marvelous introduction, there was a long latency period until I could pick up a camera again. Ironically, it was not until I moved to Oregon that I had the opportunity to return to my work, this time with intensity and focus.

How would you describe my city-sourced images?  Someone called them “mindscapes,” since they are not landscapes, nor are they portraits or still lifes.  Another friend simply called them Layers.  Aline Smithson finished the title with Layers of Illusion. 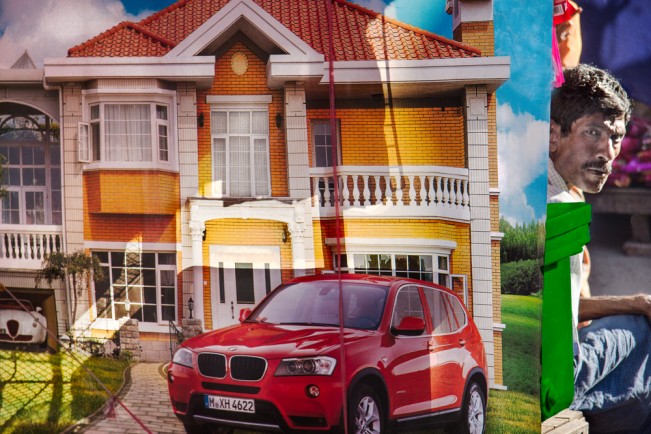 Two portfolios of my photographs have been exhibited in Lishui, China, to which I was invited as an honored guest.  My China portfolio was published in a Chinese photo journal.  One image from that group won a first place in the Julia Margaret Cameron Award for fine art, and the same year, an honorable mention for a portfolio of Chinese images. Also, a portfolio of those images was exhibited for two months on the website of the Griffin Museum of Photography as an emerging artist

I have been honored with a solo show twice at Camerawork Gallery in Portland, OR..  Soon after that, I had a solo show of my photographs in the gallery of the law school library of the University of Oregon.  A portfolio of 10 images was invited into the Northwest Viewing Drawers at Blue Sky Gallery for three consecutive years, retaining each portfolio for a year.  Three times I have been a Critical Mass finalist.  Three seems to be a magic number since I have also shown work on three separate occasions at PhotoPlace Gallery in Middlebury, VT 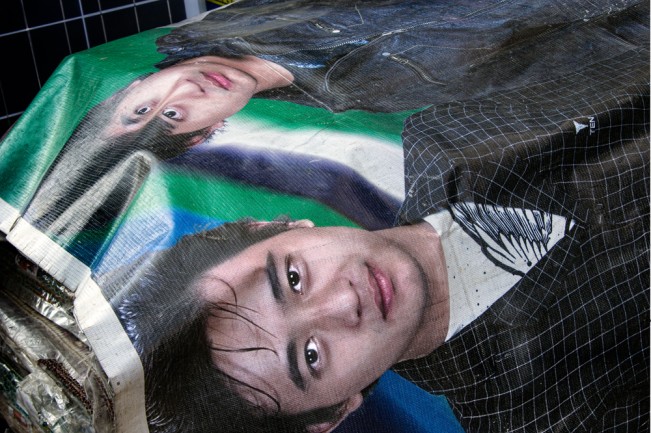 In observing the world, I am looking at the flat plane, the pierced plane, and the layers as one plane overlaps the other. There is a dance of sorts, in which I coax the viewers’ eyes in and out of the spaces, simultaneously obscuring, revealing, and altering scale.

These are single-shot images gathered in many locations, from Jerusalem to NYC to Myanmar. There are images made from layers of broken glass, plastic, and tarps. The tarpaulins are repurposed as awnings, as tablecloths, as construction covers, and as windbreaks.

If there is a narrative, I invite the viewer to create his/her own story. 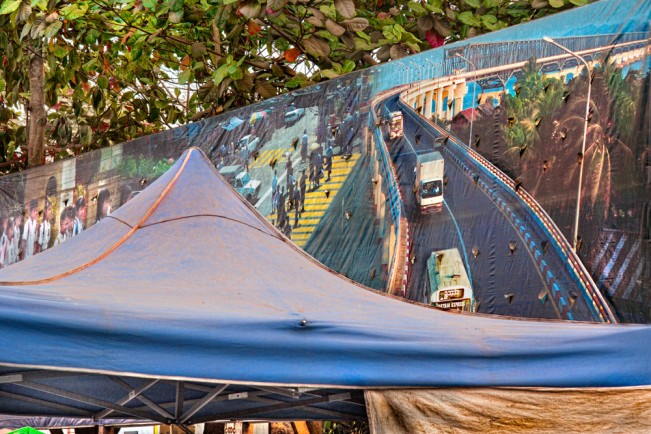 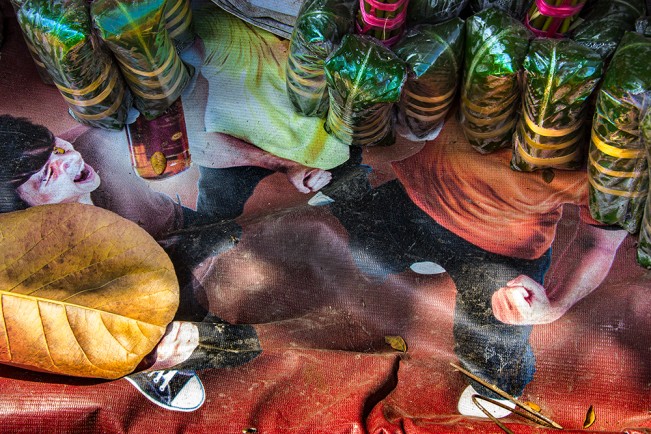 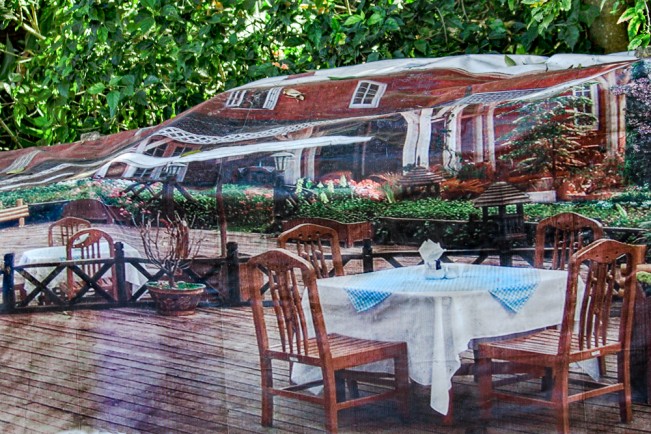 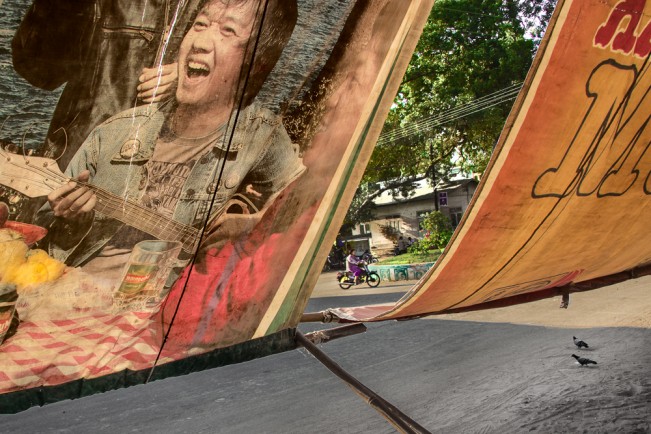 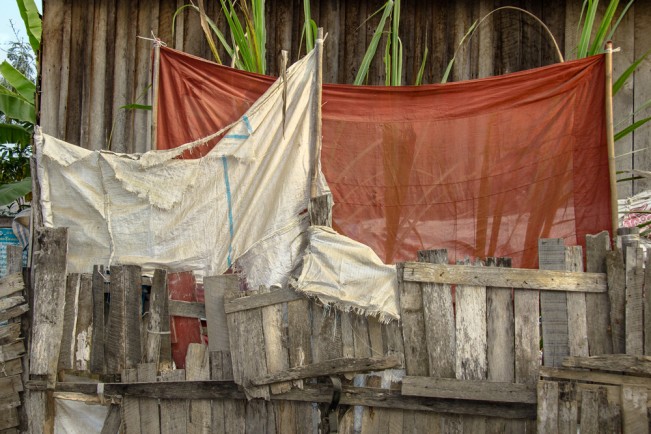 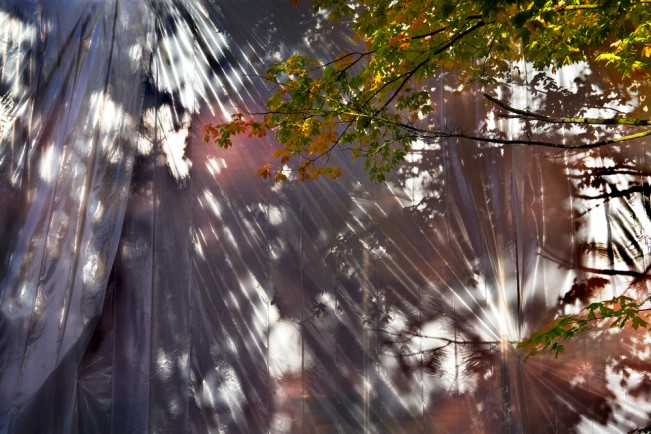 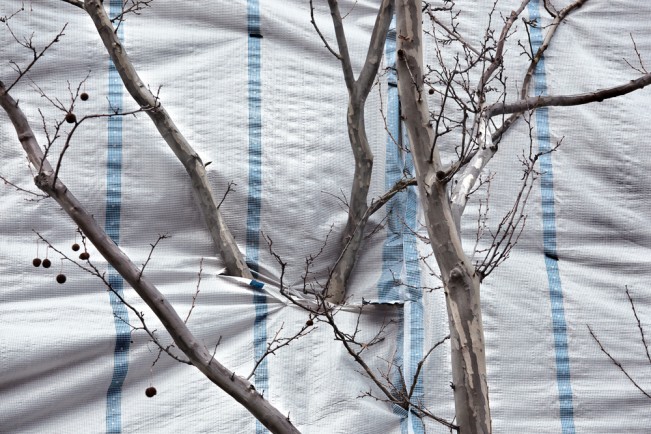 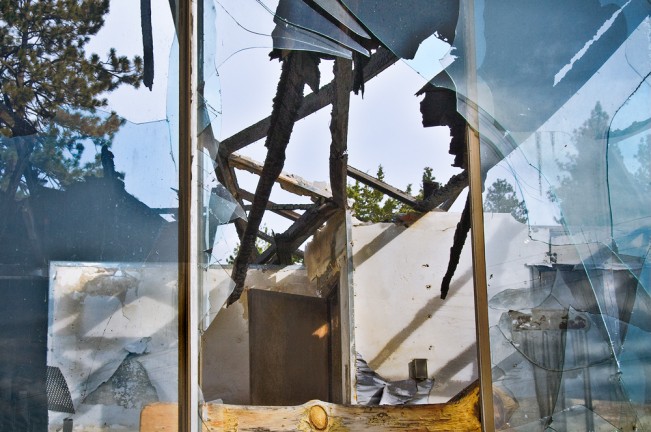 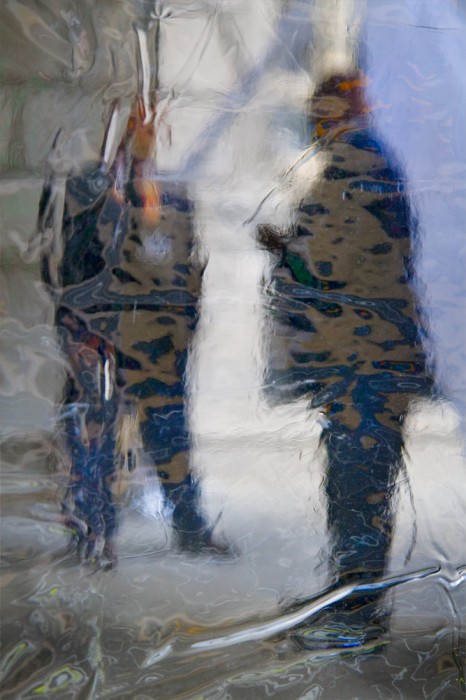 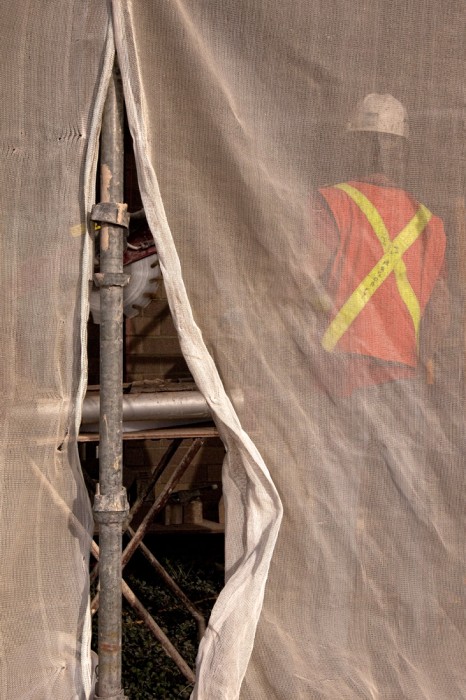 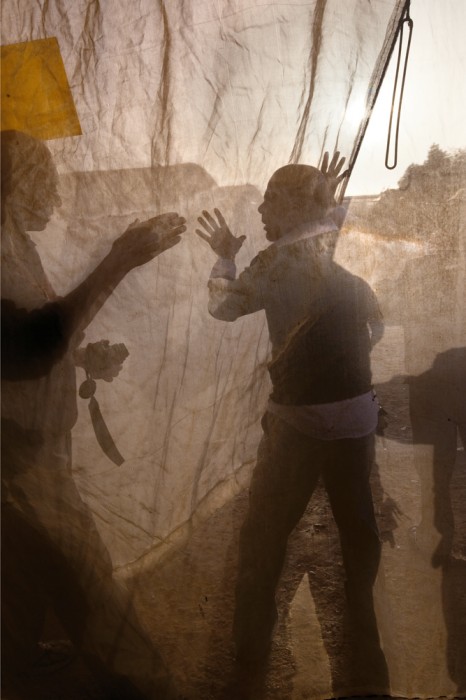 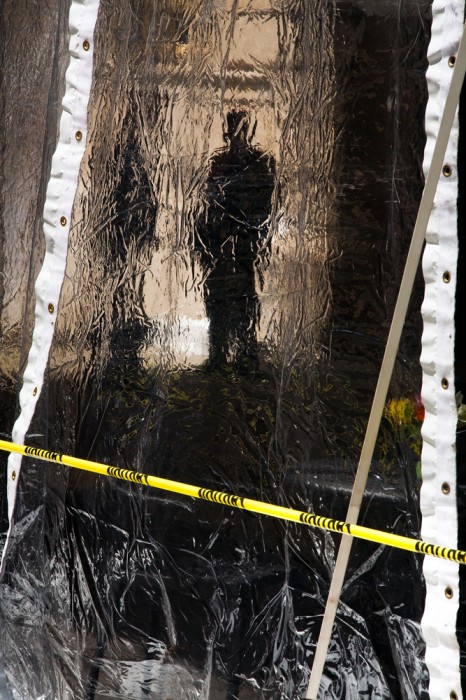 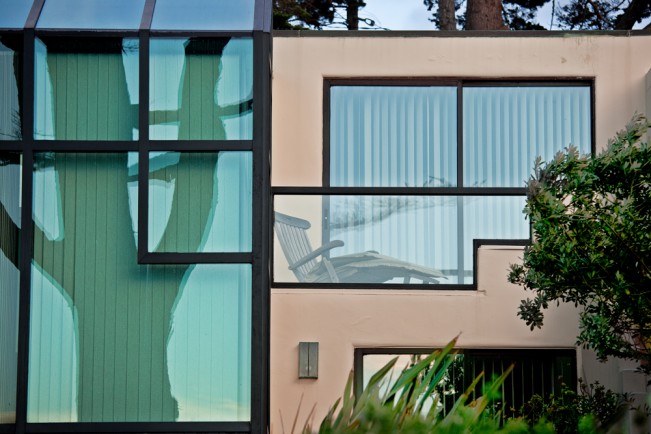 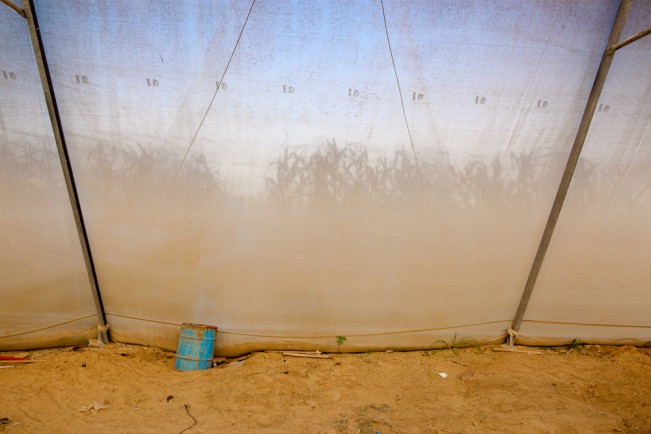 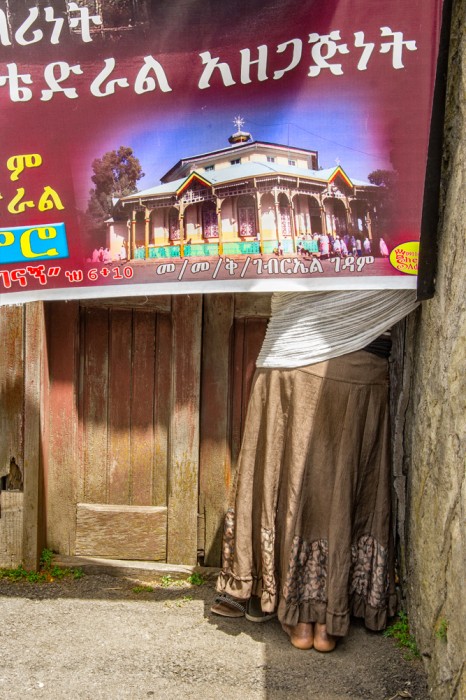 NEXT | Lorena Turner: The Michael Jacksons >
< Brandy Trigueros: There’s No Other Like Your Mother | PREV