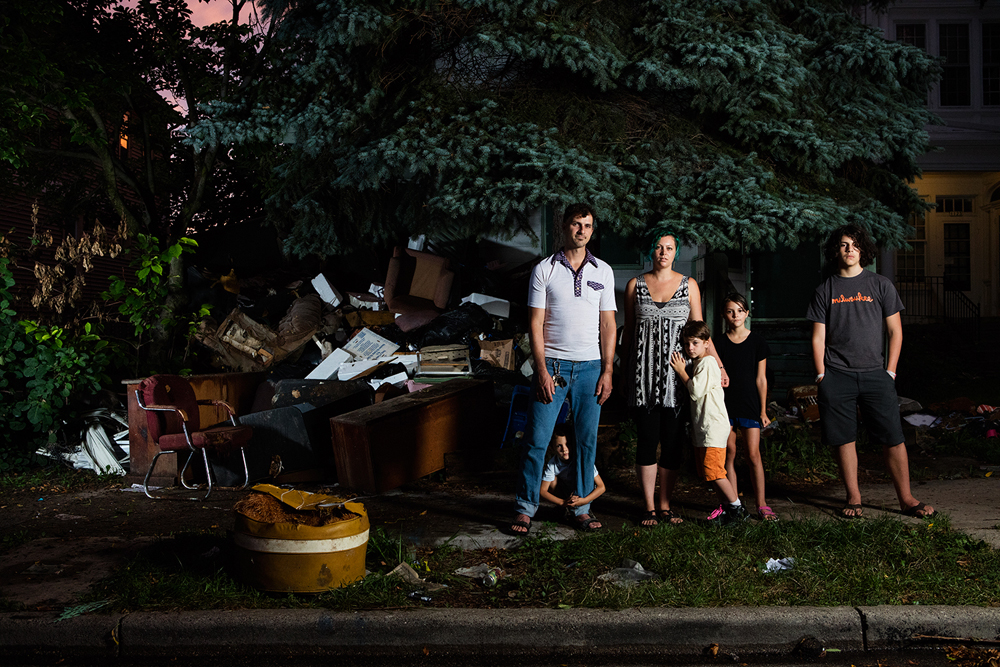 Today’s post will highlight the second half of A Person is a Noun, a dual exhibition between The Dean Jensen Gallery and the Portrait Society Gallery, both located in Milwaukee, Wisconsin.  If you didn’t get a chance to see the first part, break for one quick second and jump here.  A Person is a Noun is an exhibition about the contemporary photographic portrait, a conversation that is expansive by all means.  The work featured today was curated by Debra Brehmer, the director and curator of the Portrait Society Gallery.

Focusing primarily on local artists, Debra’s insight on the contemporary portrait leads us to contemplate our self-awareness on the subject. Debra says,“The portrait is no longer a predictable utilitarian representation. With social media and cell phone cameras providing continuous means of image rendering and expressivity of ‘self and other,’ the art world has likewise taken leaps into experimentation. There is a heightened awareness of how photographic portraiture can become not just self-exploration but socio-political and cultural discourse. The ever-expandable role of portraiture now transgresses into means of exploration, reflection, investigation and analysis. Tom Bamberger’s body of work in the 1980s looks at middle America, a mostly suburban landscape of non-events. The scenes are lit, however, in a way that pushes their content into a timeless cinematic void, both mundane and eerie. Lois Bielefeld’s bodies of work are always of a sociological nature, seeking a sort of truth in the diversity of our existence rather than marketed ideals and norms. Neighborhood is a series of photographs of people taken at dusk, as a kind of atmospheric magic descends and changes our vision of things. Like Bamberger’s work, the places are safe and predictable – the areas around people’s homes – and yet there is a sense of mystery and intrigue in these settings and portraits.”

Also included in the exhibition is a video piece by Ted Brusubardis. This is a four channel video installed on three walls, sandwiched in-between two conductors, all while in a front row view of the Brusubardis Choir performing a Latvian choral piece. The music is chillingly beautiful, and in what seems like a normal performance becomes layered upon learning the choir and conductors are built up of the artist’s own family members. 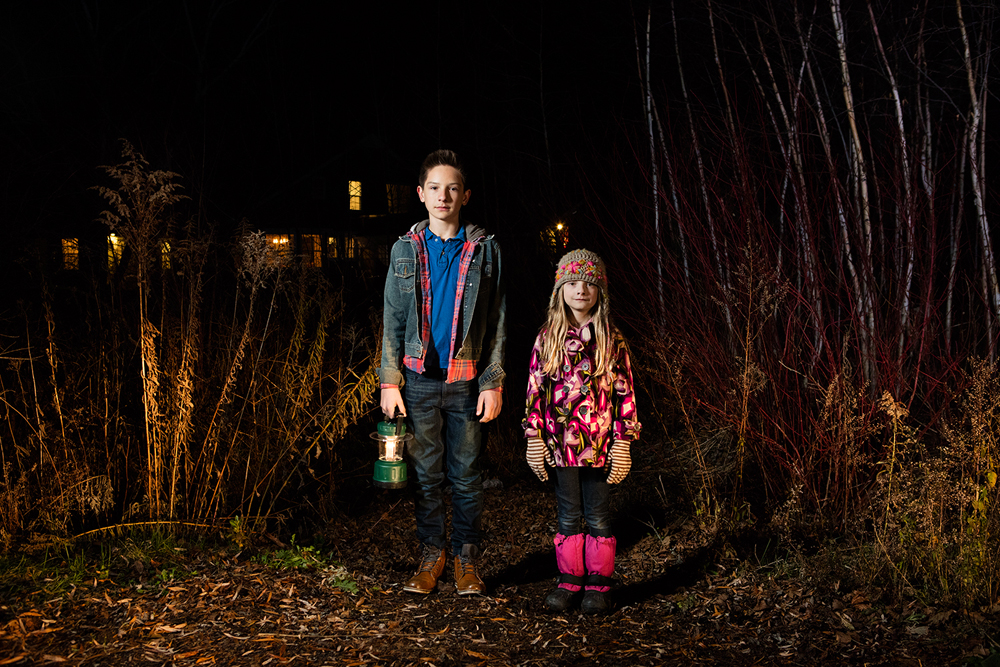 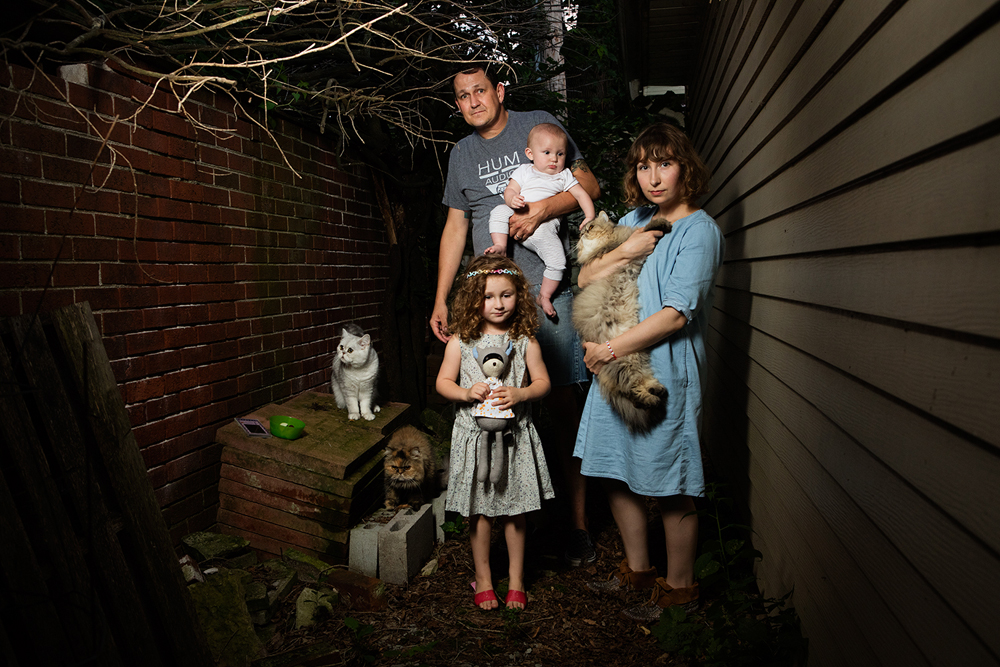 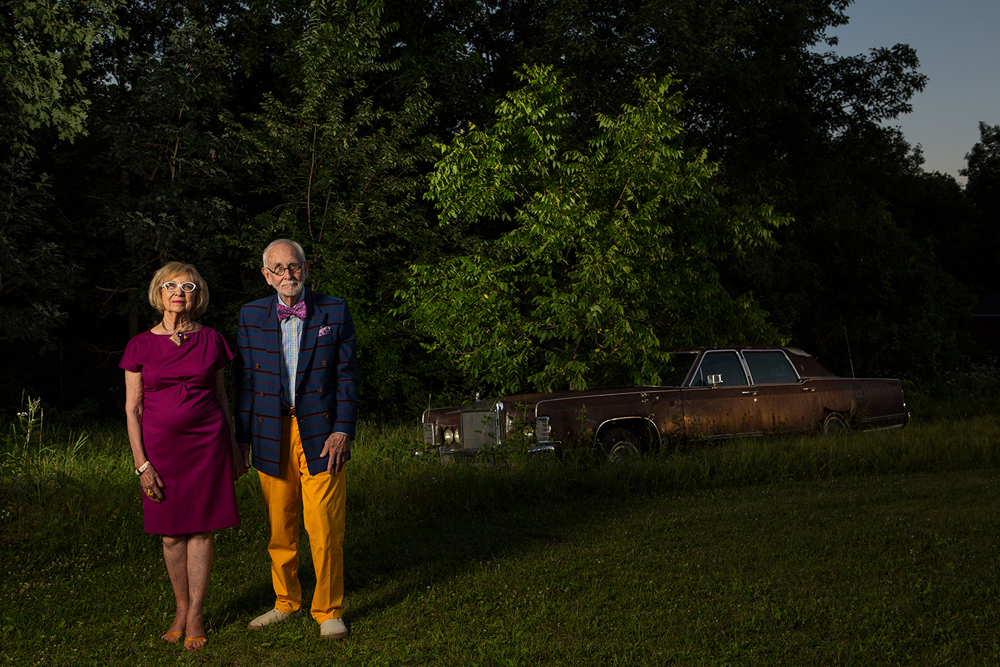 Lois Bielefeld is a photographer who recently returned from a ten week residency in Luxembourg, which was awarded by the Museum of Wisconsin Art. She earned her BFA in photography from Rochester Institute of Technology and lived in New York City from 2003 until 2010 when she returned to her home state of Wisconsin. She divides her time between fine art and commercial photography. Much of her work is sociological in nature, exploring diverse types of people within their private domains. This new body of work features people and families at night in carefully chosen places in their neighborhoods. This is her third exhibition at Portrait Society. Her previous major project, “Androgyny” presented portraits of androgynous individuals as well as videos and a sound installation staged in a full-scale constructed bathroom. Bielefeld has been the recipient of a Mary L. Nohl Individual Fellowship. 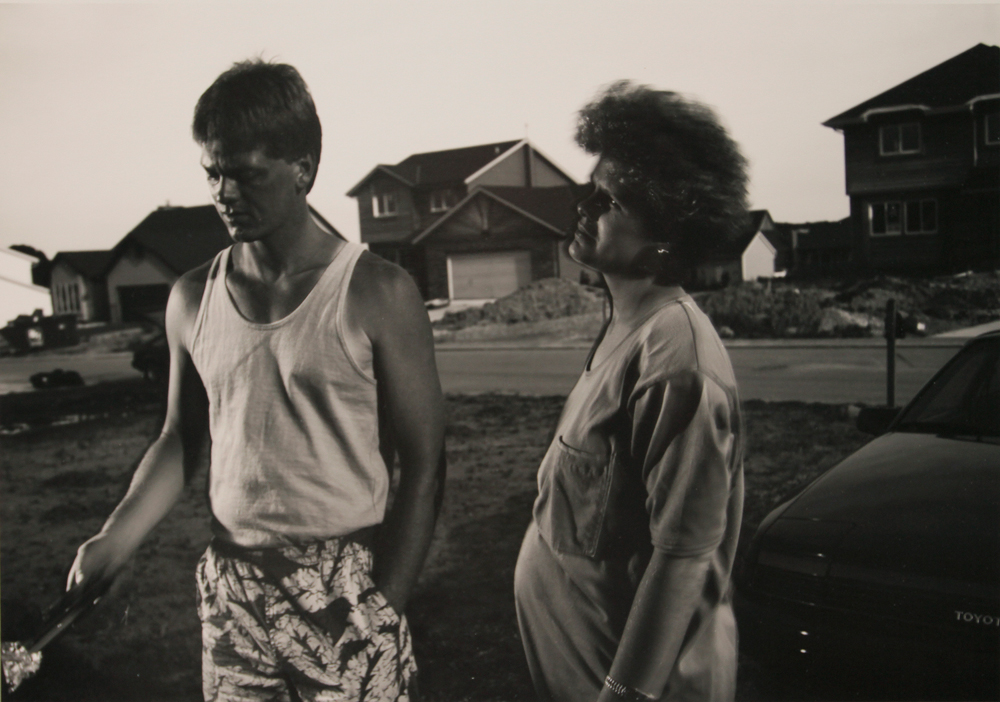 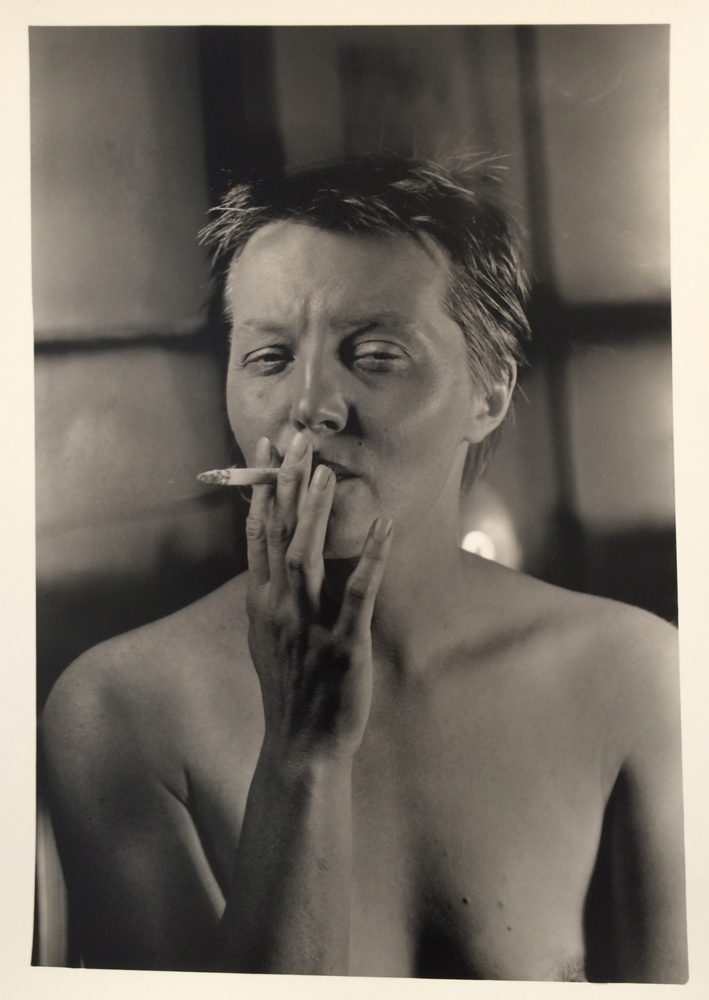 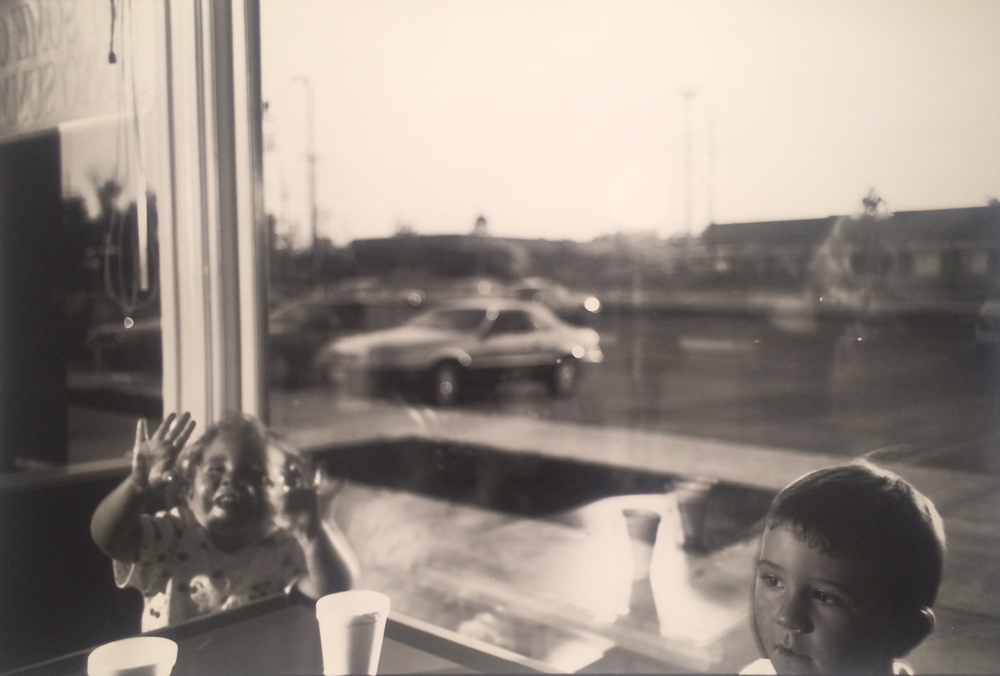 Tom Bamberger, a former photography curator at the Milwaukee Art Museum and one of the city’s most prominent artists, will be showing a group of work from the 1980s. The pictures were made with studio lighting, a 35 mm camera, and an unusual very slow film —ten stops slower than the slowest and sharpest commercial film at the time.  The film was officially called SO 424, a Laser Recording Film.  It required special chemistry to achieve a continuous tone effect. Bamberger created a Point Light source enlarger to preserve the details.  The resolution was many times higher than conventional pictorial films. Bamberger says, “I wasn’t interested in being old fashioned.  I just wanted the surface, the details, of the photograph to appear to be a solid, like marble.” 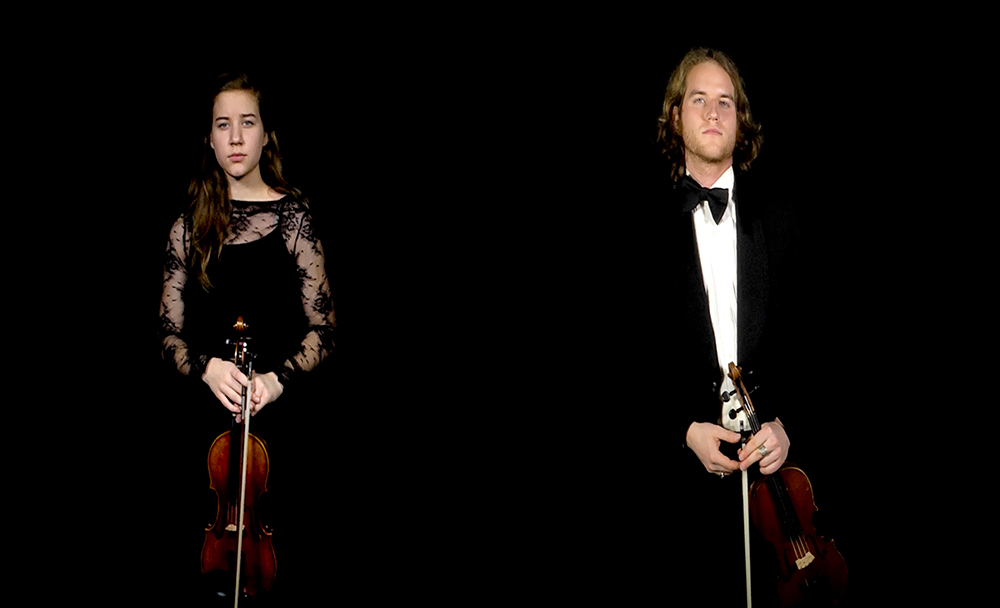 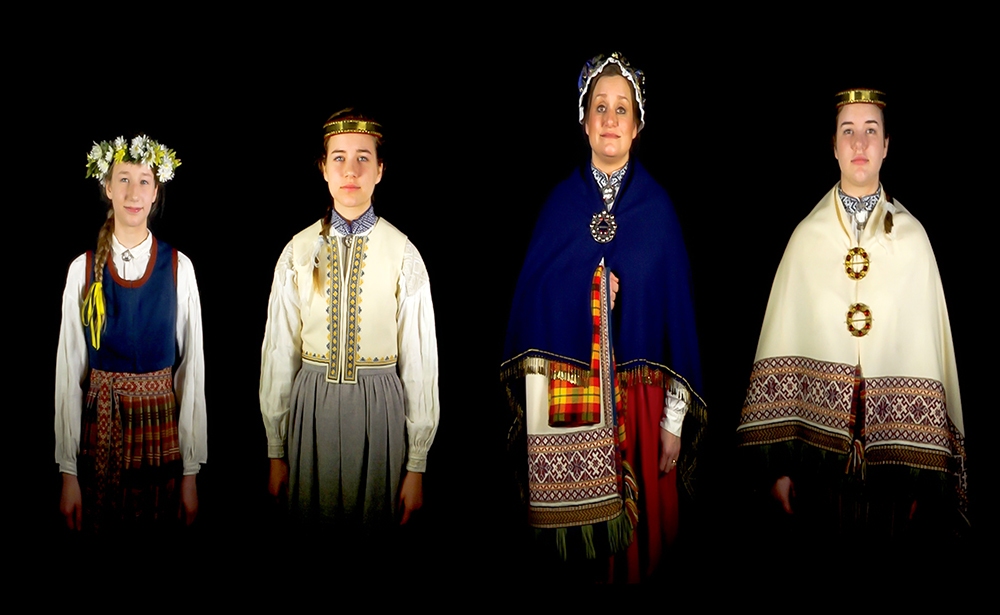 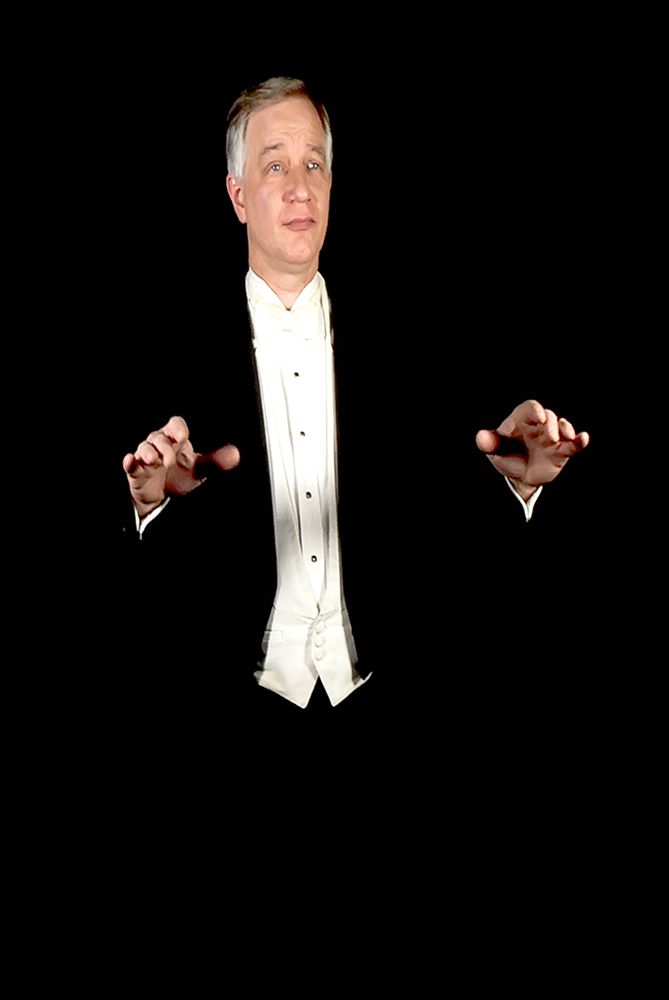 Ted Brusubardis is a trained percussionist, artist, and composer. He earned a BFA from UWM in Economics, and Art & Technology. He uses formal elements of sound design, documentary filmmaking and music composition in his multimedia pieces. His work depicts the investigation of identity through constructed narratives. Brusubardis’ art has been presented locally and nationally, including the Milwaukee Institute of Art and Design, Walkers Point Center for the Arts and Whittier College in Los Angeles.