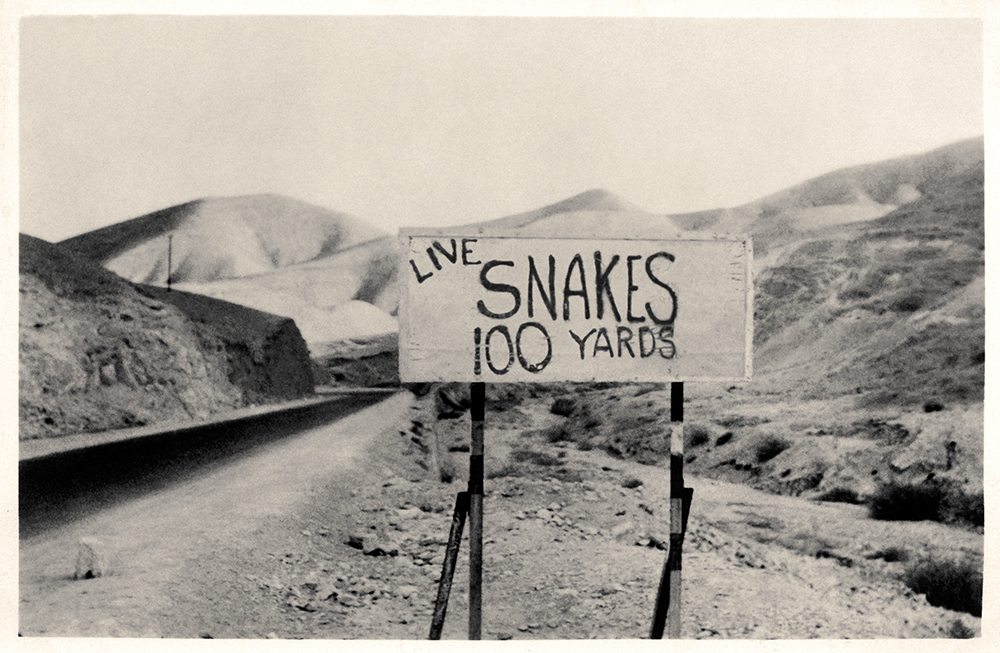 Peter Brown Leighton is sort of a cross between a comedian and a magician, creating single image novelas that are at once off-kilter and humorous, allowing for a sense of confusion and whimsy within the photographic narrative. At first glance, one might miss the fact that these are constructed images using bits and pieces from a variety of found vernacular photographs, where, with a wave of a wand and a top hat, he casts his own actors and landscapes into new realities. His most recent series, Live Snakes,  follows two previous projects, Plutonium Blast and Perfect Strangers, each taking us on an unexpected journeys through time and place. Pete has had two solo exhibitions this year, recently closing Live Snakes at the Photo Méthode Gallery, Austin, TX, and Man Lives Through Plutonium Blast at the Blue Sky Gallery, Portland, OR, curated by Christopher Rauschenberg.

Peter was born in Santa Monica, California, in 1948 and raised up in a rural farming community in North Texas. He graduated from Trinity University in San Antonio in 1970 with a degree in history. In the early 1970s, he worked for several years as a darkroom assistant to Tom Wright, a National Endowment for the Arts grant recipient. This was a transformative experience, and Leighton has remained in thrall to the medium of photography and its history and practitioners ever since. For the past several years, he has been engaged in a personal project, reimagining the vernacular history of photography as it has grown and evolved from its humble analog beginnings to the current day. 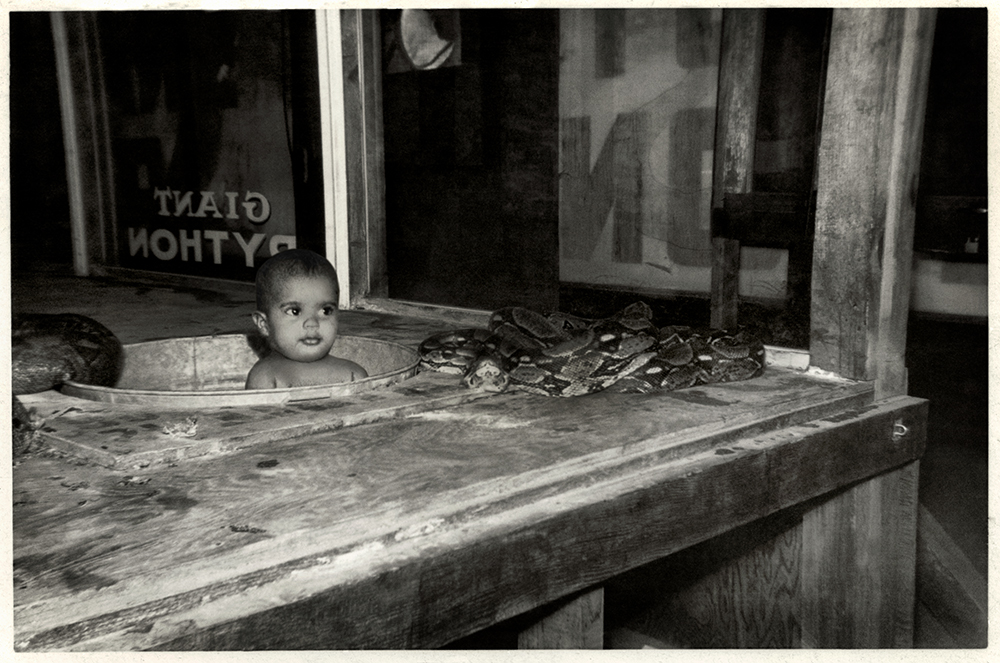 Live Snakes is about photography as it has shaped the many ways we have come to view and relate to the visible world over the past 100 years. It consists of digitally crafted, imaginary snapshots, depicting mundane events which upon closer inspection are not quite what they seem to be.

This series was inspired by a particular Buddhist koan. It tells of the Zen master who travels with three acolytes to the studio of Japan’s greatest living artist. There he shows them the artist’s most critically acclaimed painting, in which a gnarled tree on a sandy bluff dominates the canvas, its branches, swept back from the sea by the force of constant onshore winds. The master asks his acolytes, What do you see? The first says, I see a goddess dancing on the dunes, filled with wild abandon. The second argues, I see a poor tortured soul, arms raised, bent back in terror and defeat. The third says, I am sorry, Master, but I see nothing but a twisted old tree growing on a desolate sand dune in the middle of nowhere. After which the Master replies to them all: To understand the true nature of such a work, we must look beyond the boundaries of its frame and open our minds to the unseen landscape that lies just beyond the edges of the paint.

Whereupon the acolytes, for the first time, saw the entirety of the world unfolding before them like an intricate tapestry. 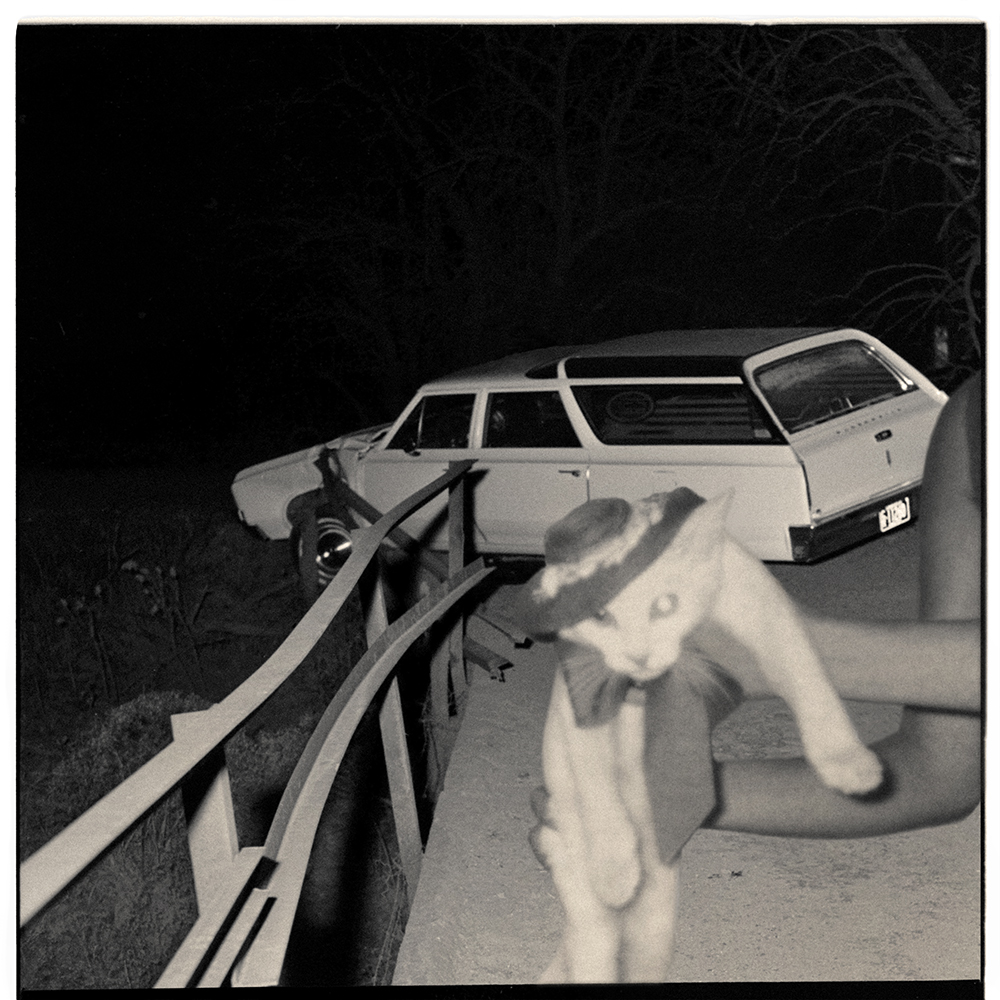 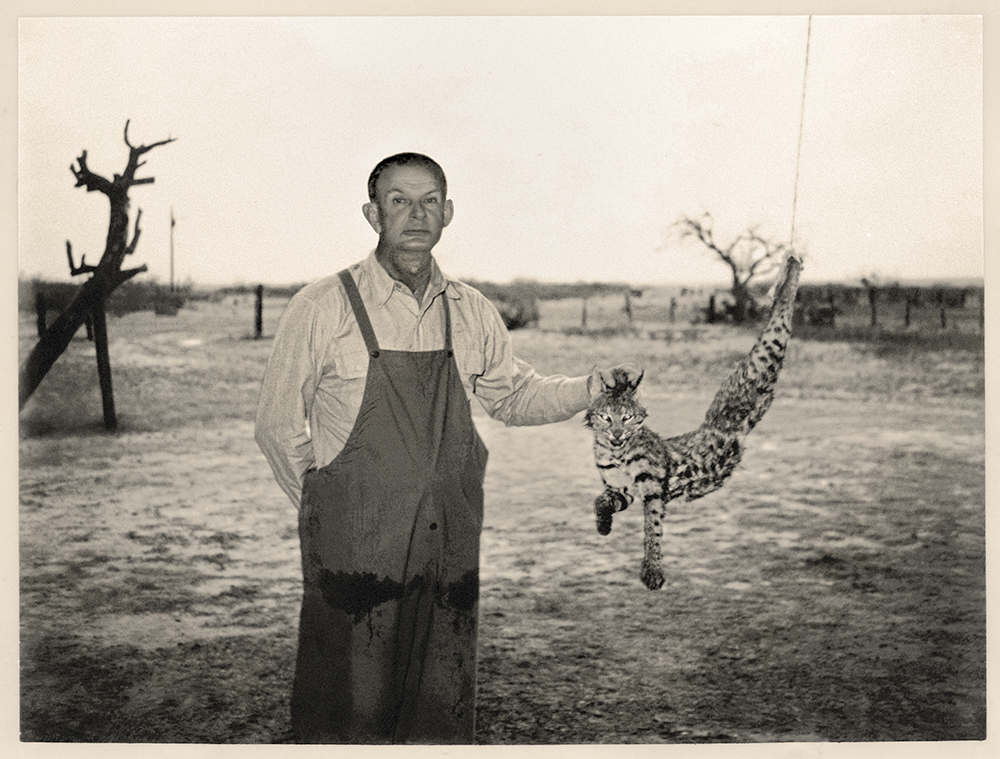 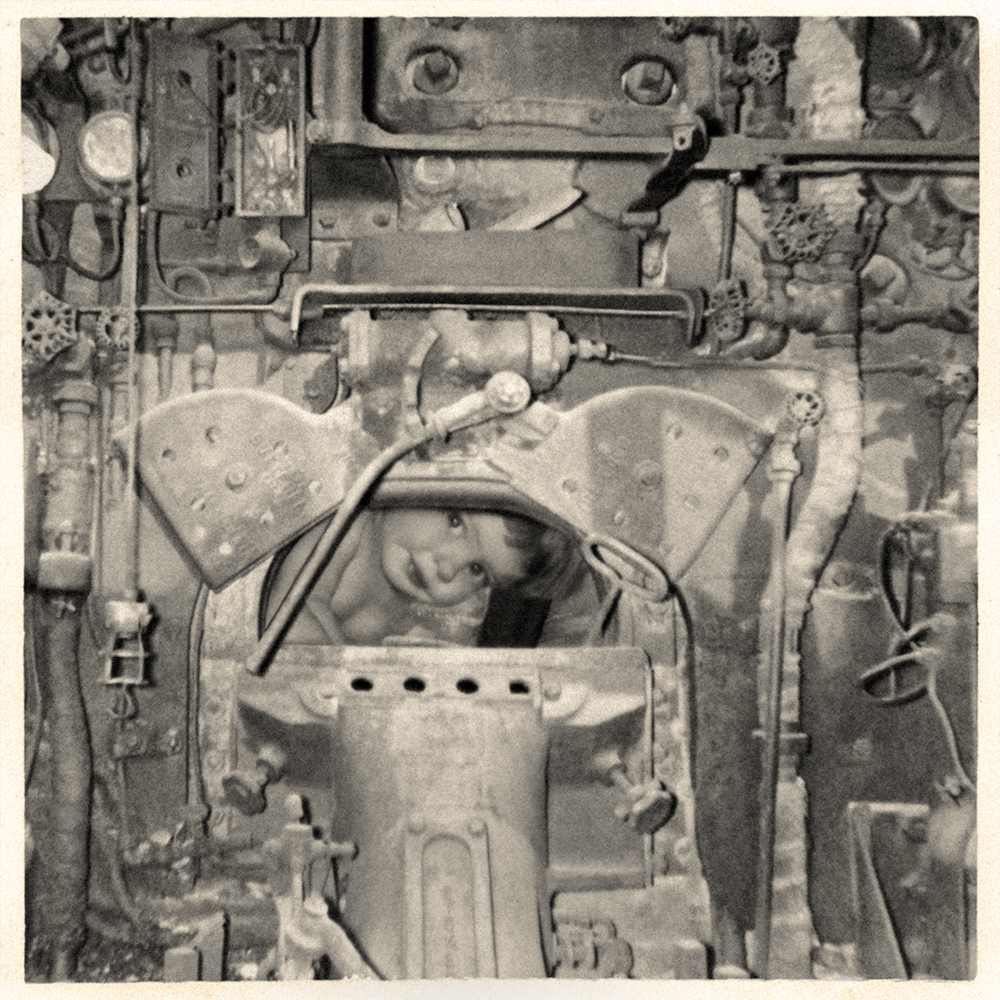 ©Peter B Leighton, How Babies Are Made 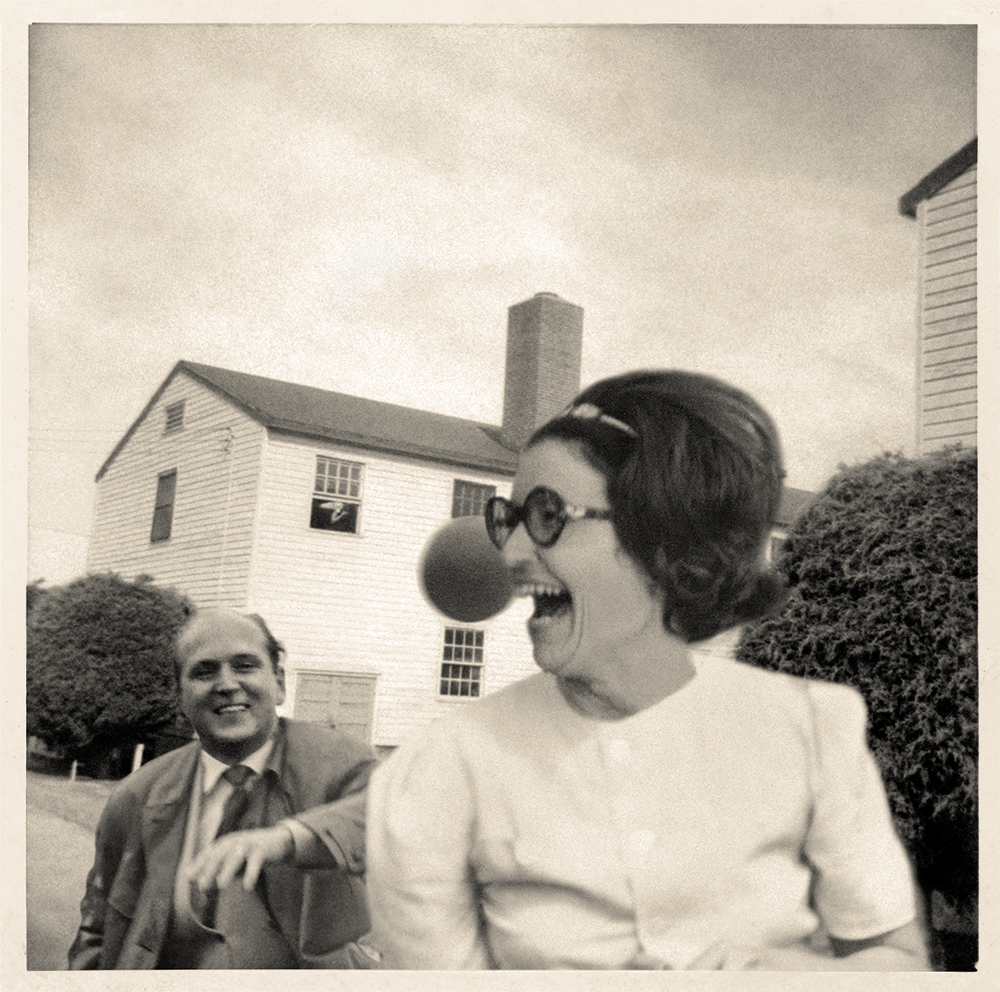 ©Peter B Leighton, The Best Medicine 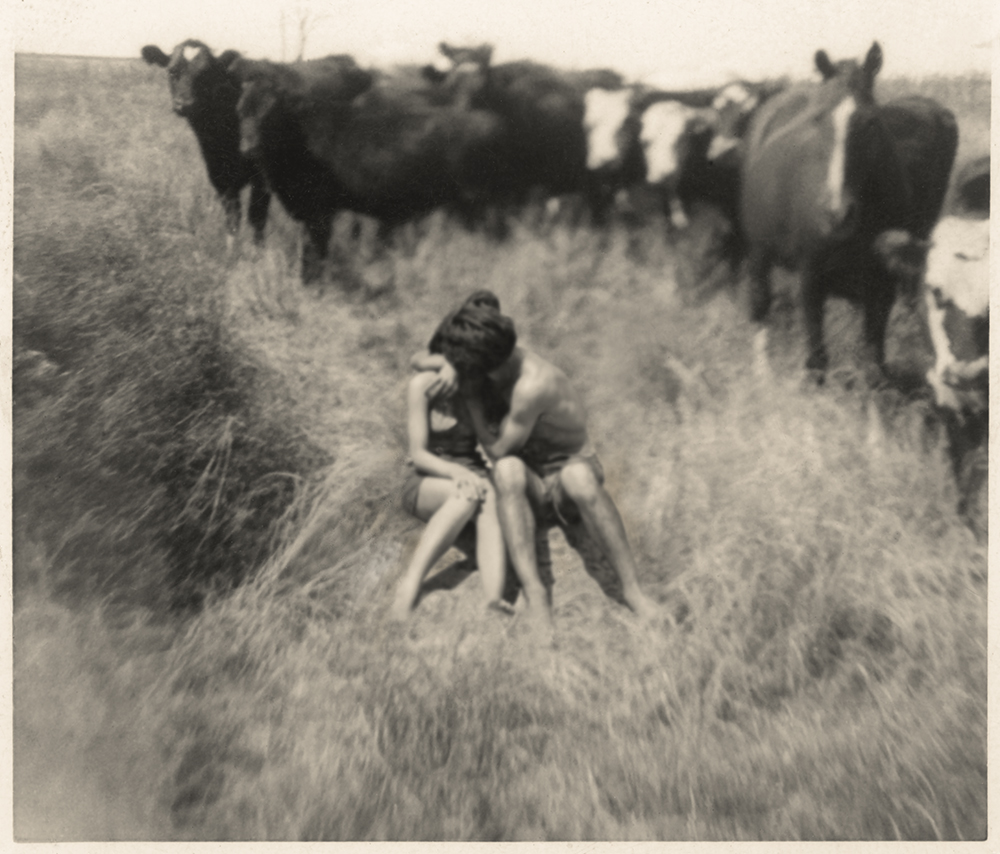 ©Peter B Leighton, Souls on Fire 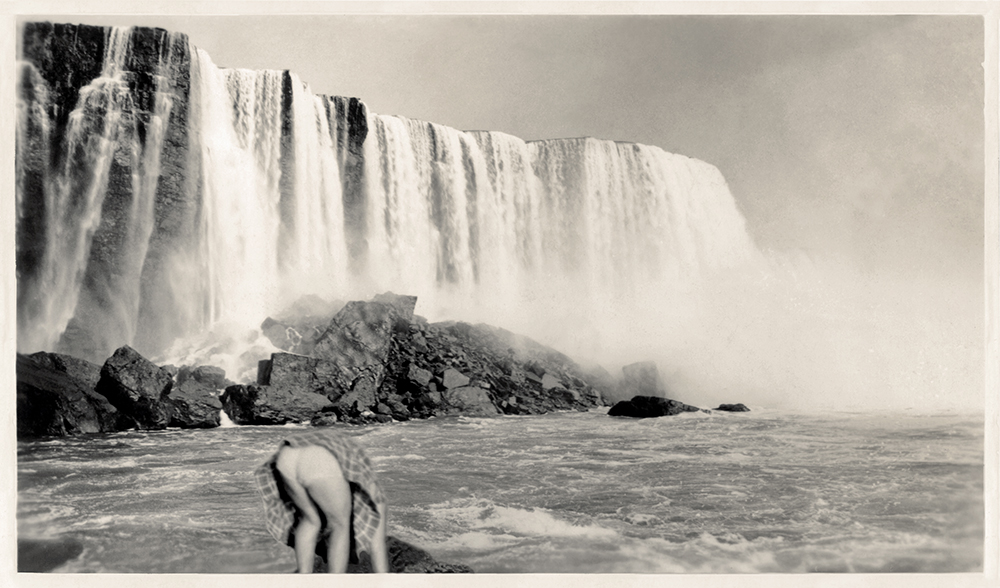 ©Peter B Leighton, The Big Picture 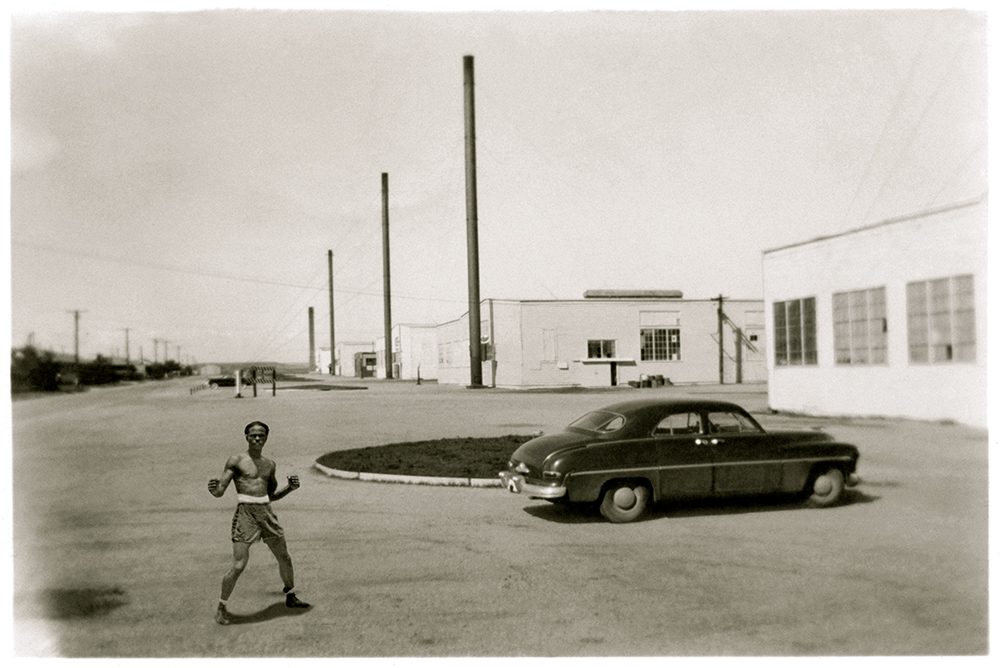 ©Peter B Leighton, The World of Hurt 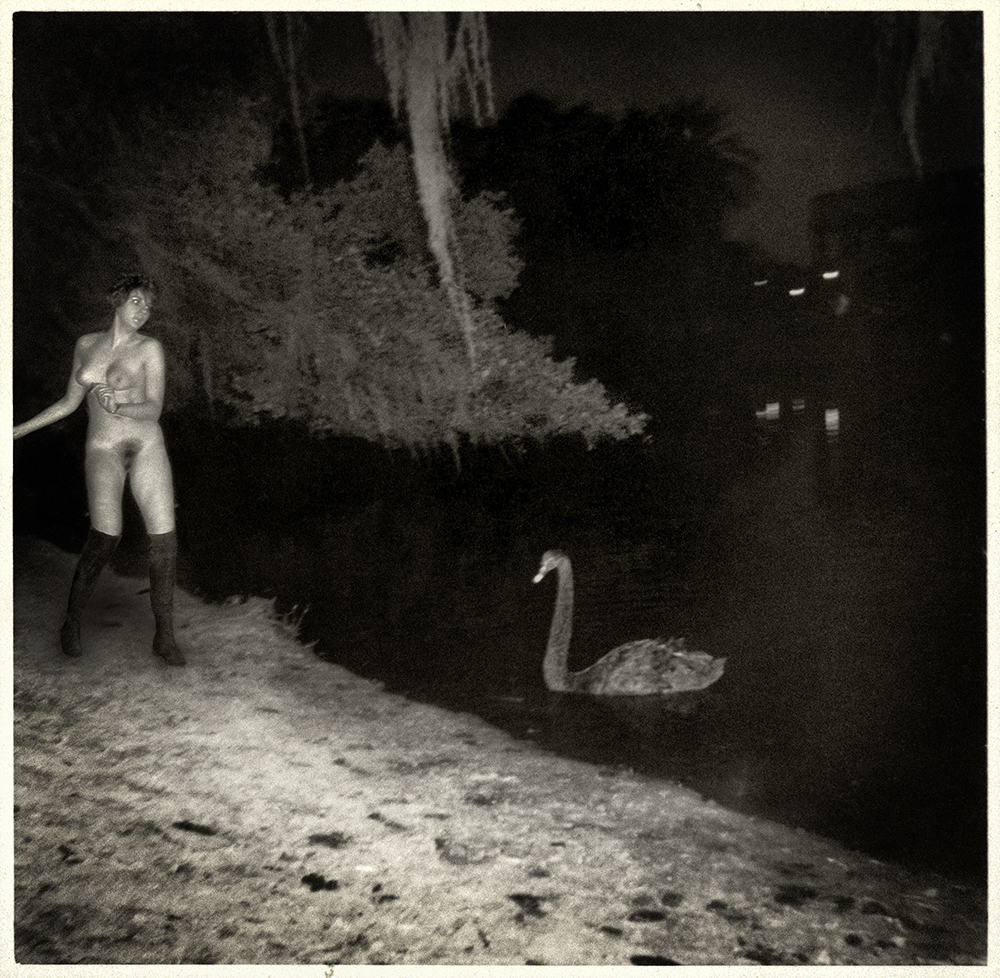 ©Peter B Leighton, Leda and the Swan 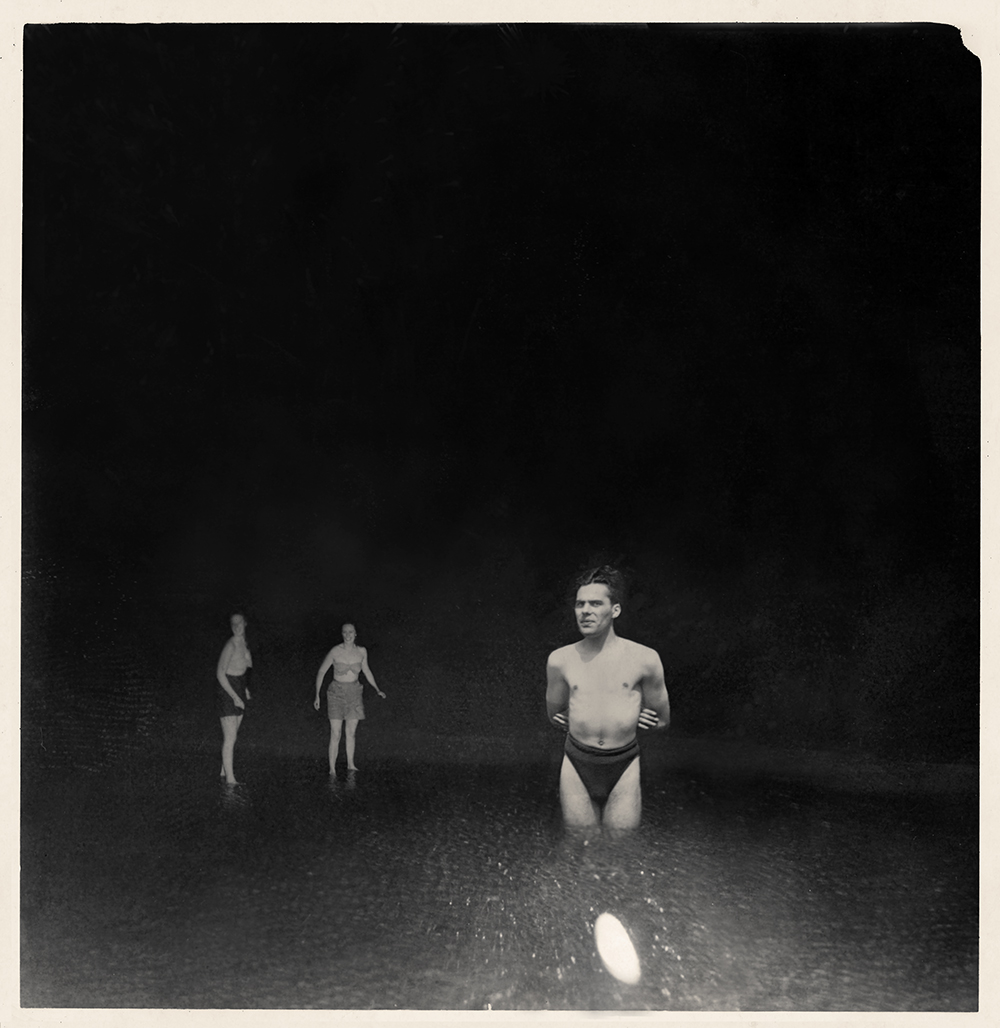 ©Peter B Leighton, The Long Good-bye 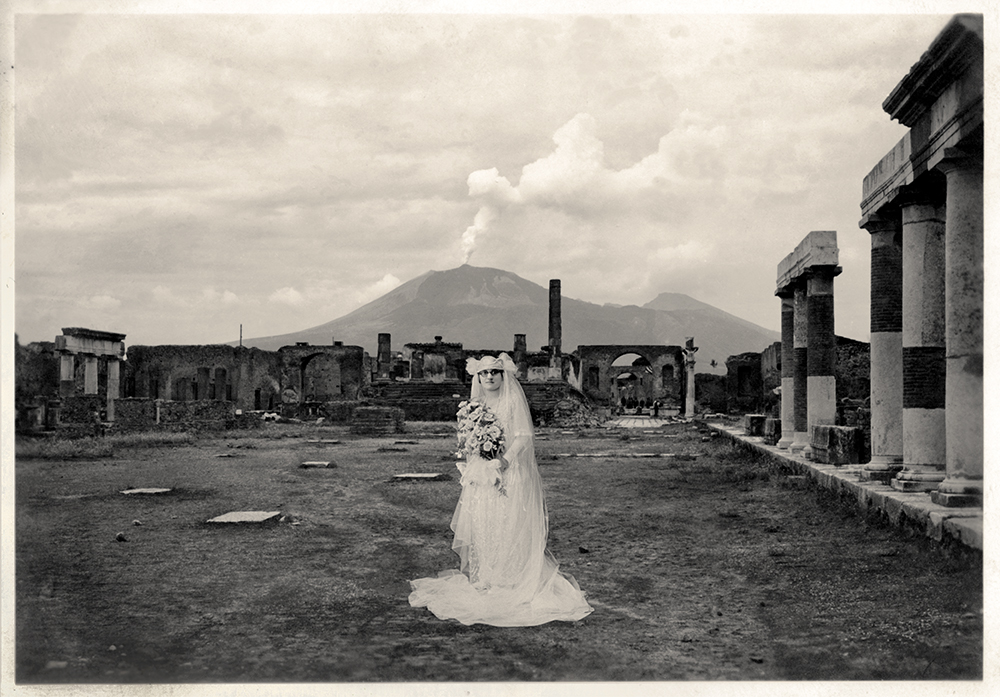 ©Peter B Leighton, Purity of Intention 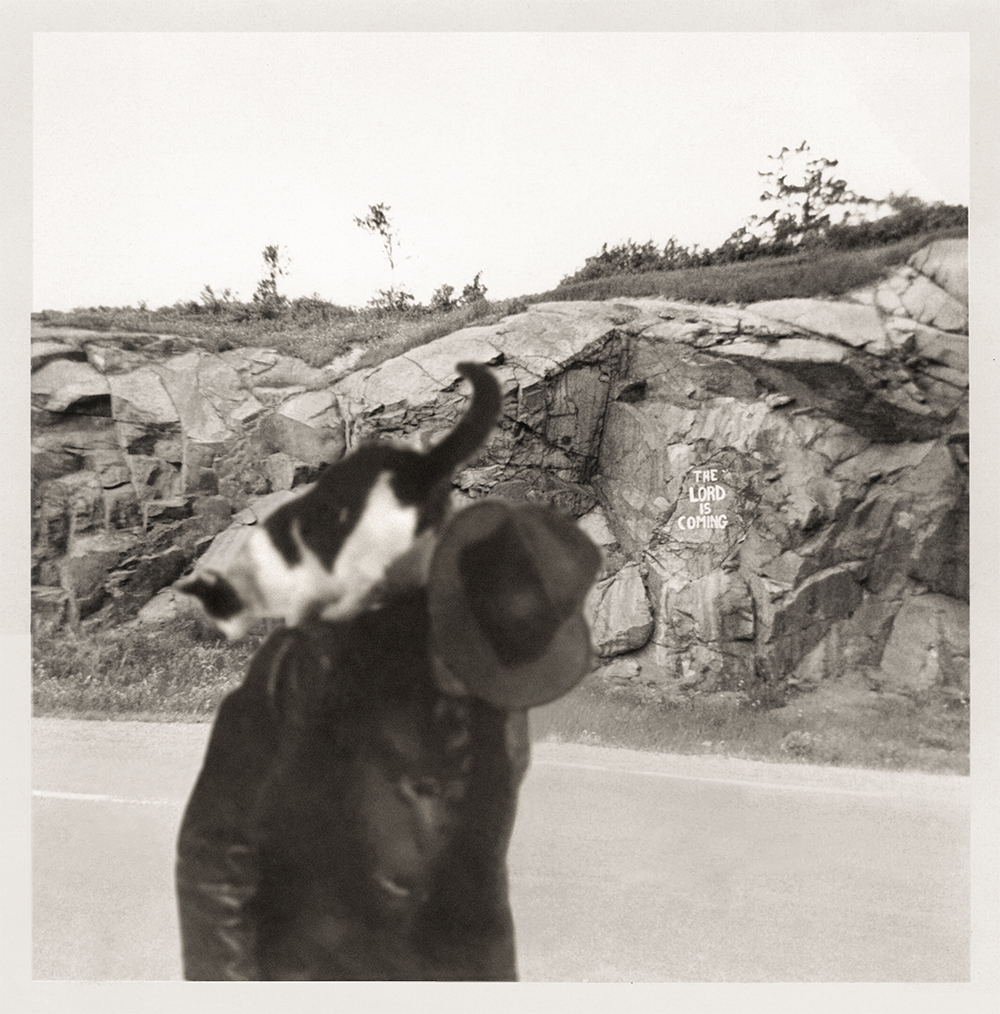 ©Peter B Leighton, The Lord is Coming 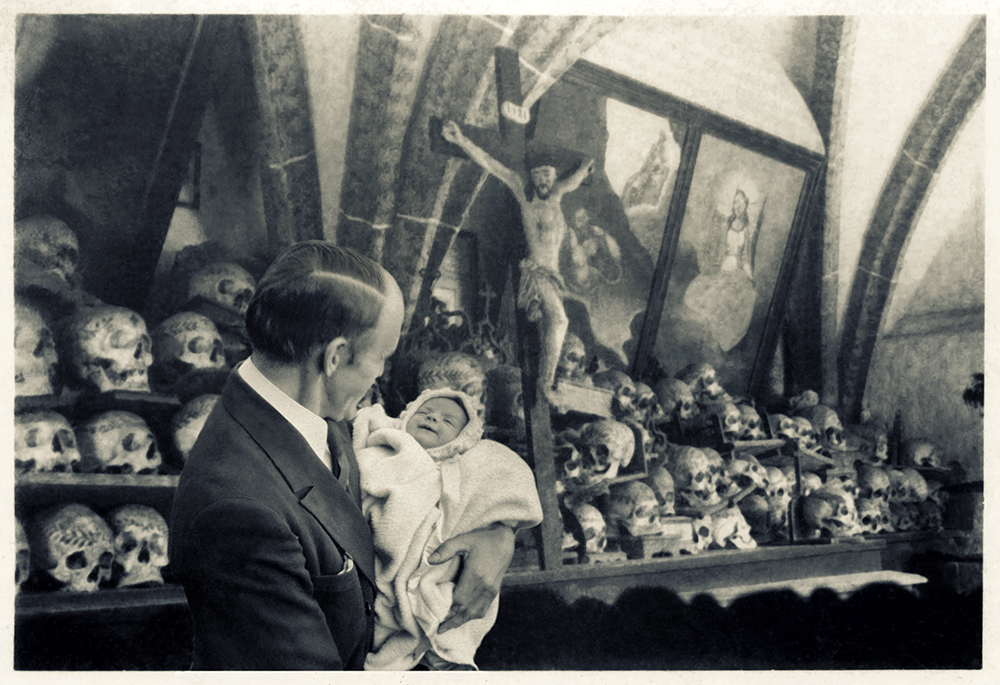 ©Peter B Leighton, Welcome to Heaven 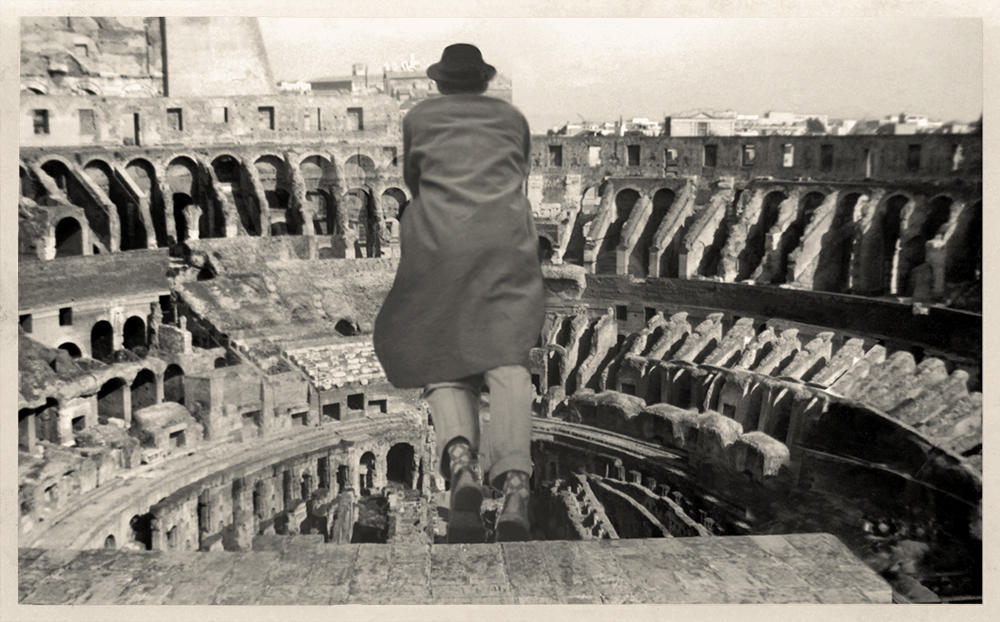