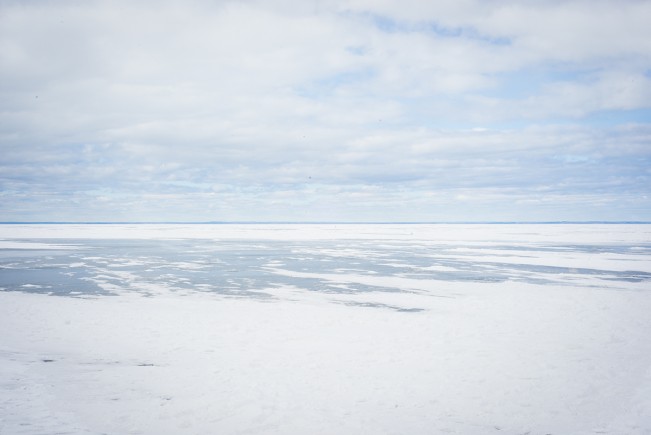 Lake Superior on the Wisconsin side in February © Sarah J Stankey

Week three of my second semester as a graduate student has come quickly. This semester, unlike my first one, began in full swing with the installation of my first-year review exhibition. From what I gather, the purpose of the show is to act as a sort of introduction for all the professors to get to know the new class’s work. Unfortunately, the reputation for this show is that it’s not taken very seriously among the other graduate students in past years.  In a way, it’s doomed to fail as it’s scheduled immediately following winter break, there is no designated curator, no theme or prompt and there’s an assumption that everyone in the class is represented equally in the gallery with equal amounts of space for each artist’s work. That way no one has a leg up on anyone else. There are politics involved with curating one’s own work with classmates’ work. If someone feels unfairly represented in the show, hard feelings inevitably come up, as they did during the install of this exhibition. I plan on maintaining a friendly relationship for the next three years (and hopefully beyond) with the sixteen of them, so I had no involvement in decision making. One thing we did do well was include a catalogue of the exhibition that included a short statement from each artist as well as dimensions, media, and a small image so the viewers could reflect back on the work later. Professors repeatedly informed us that no other grad class had put together a catalogue of their show before (probably because there’s no allotted budget or time for it). 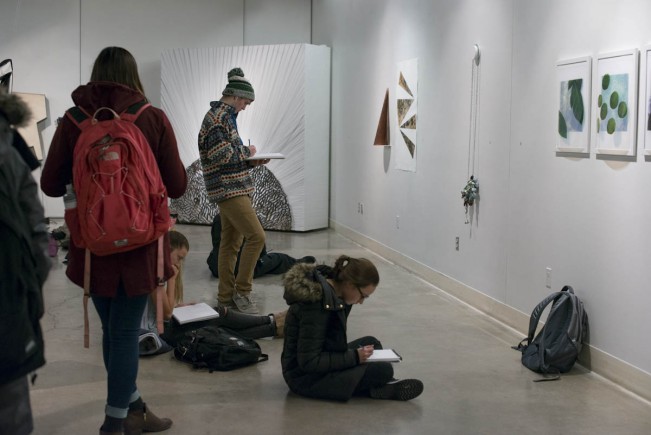 Install shot of first year MFA exhibition at UW-Madison. Undergrads from Art 100 are writing about their favorite pieces.

After spending only five months as an MFA candidate, I’ve already shown my work in more galleries and public spaces than I did my whole time as an undergraduate student. I’m grateful for the opportunity to show my work whenever and wherever possible and thanks to the huge campus that is the University of Wisconsin-Madison, I’m able to display my work in more than just art buildings. For the month of February, I’ll be displaying my photographs inside the Center for Limnology (the study of inland water) and hopefully in the campus’s Arboretum visitor’s center as well (I haven’t heard back about my submission as yet). And in many ways, I think that my images are almost more relevant in a scientific context rather than an artistic one, although I will always associate my work with contemporary art and not scientific fields. It’s exciting to reach a new audience that I hadn’t before considered. 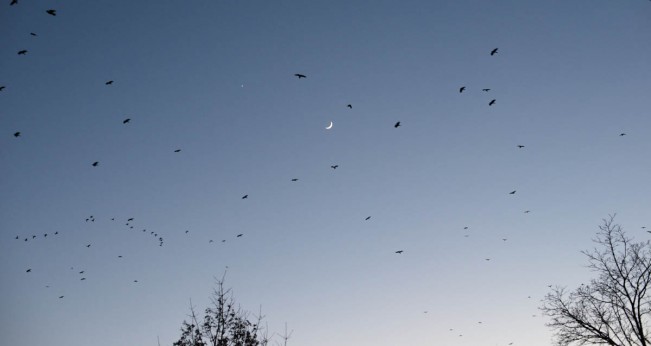 The images below are from an ongoing series that I began last semester titled, Camp. If you read my first article, then you might recall me saying that I’ve been trying to figure out a way to incorporate transparency images that I took from children’s science books from when I was a kid and layer them on top of my photographs. I want this physical interaction that viewers have to the work to speak about the human intervention on the landscape and the relationship between natural and artificial. During the first year review show, I displayed participatory work that required the viewer to lift layers of transparency to see the images underneath (pictured below). Something that I’ve been increasingly interested in is making my work accessible to the general public. What I mean by that is not physically accessible, though showing in places other than art galleries helps with that, but rather conceptually accessible. Ideally, my mom (who has never taken an art class in her life) would be able to see my work and “get” what it is about. 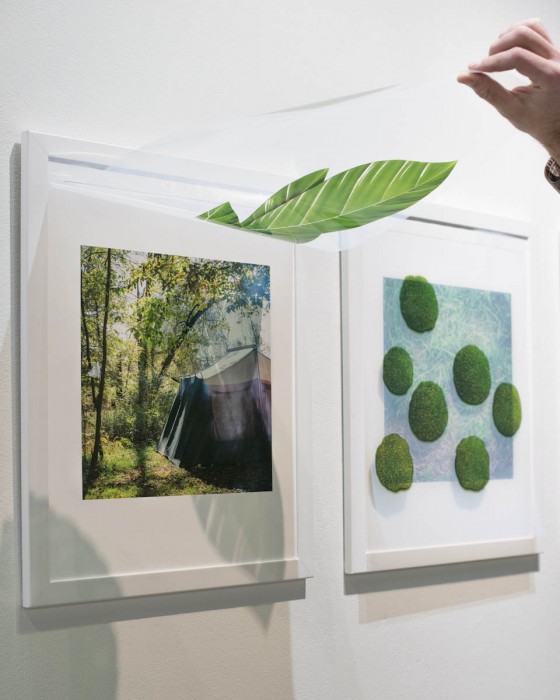 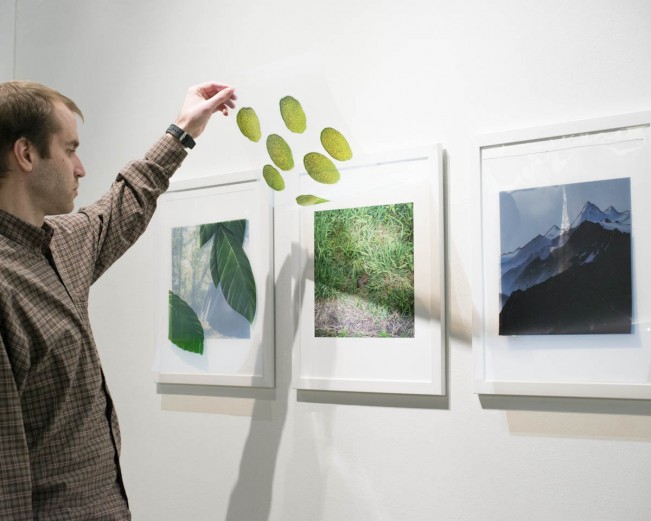 Below are the three photographs that are underneath the transparency film. I’ve included them here since this is an experience that requires the viewer to be in the same space as the physical work. 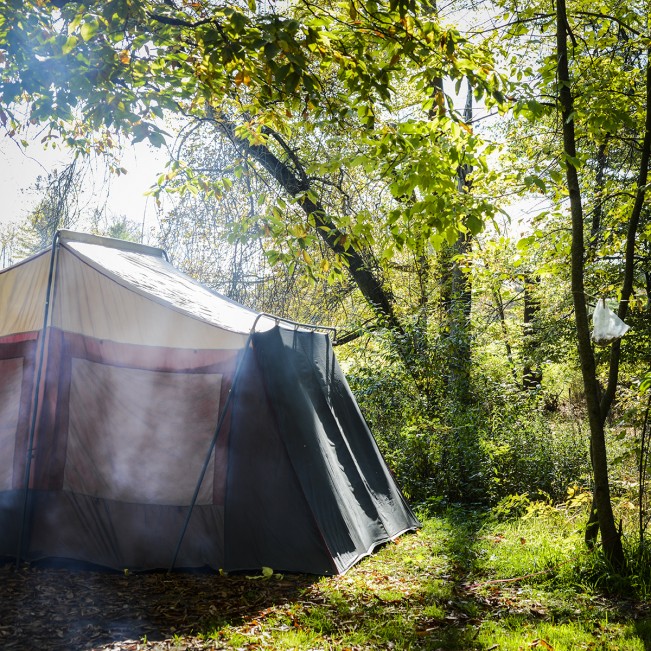 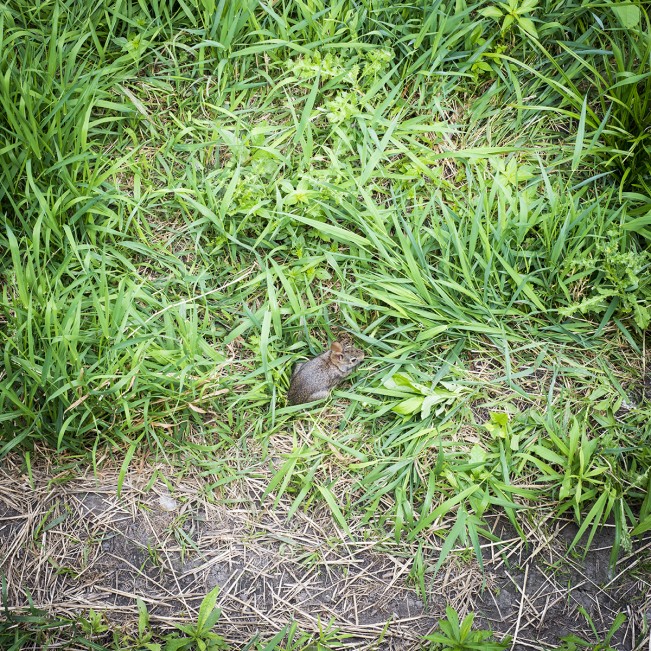 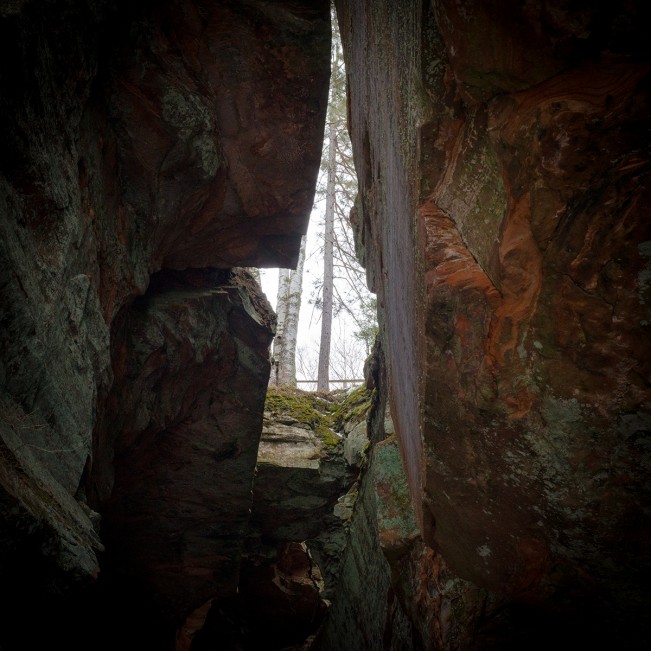 Tags: on getting an mfa, Sarah Stankey