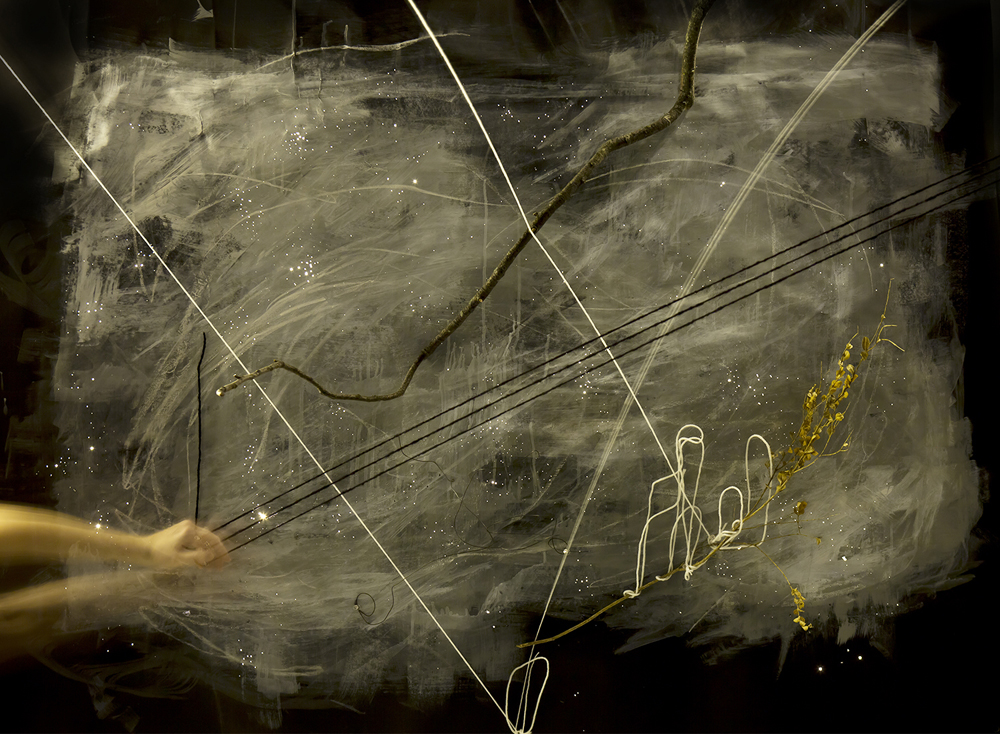 ©Marcy Palmer, So Tell Me Now

Marcy Palmer, a photographer and educator born and raised in New York State, is currently based in Texas. With an undergraduate degree in Studio Art, and an MFA in Photography and Related Media, her creative process is supported with a broad knowledge of various media. Palmer creates her installations by combining painting, drawing, and sculptural elements and photographing the ephemeral experience of the performance.

I was introduced to Palmer’s photographs from her Unearthing Series at PhotoNola 2016. Although abstract and painterly, I was tethered to a sense of reality by her use of recognizable imagery, such as string, branches and leaves within her constructed spaces. Initially drawn to the imagery reminiscent of solar systems and constellations, this dreamy, colorful science of whirling brushstrokes created a feeling of chaos within me.

These contradicting feelings of chaos versus control made perfect sense to me when I learned that Unearthing Series was a response to her new journey of motherhood. Although this dichotomy certainly gives reference to the emotions of raising a child, it simultaneously acts as a metaphor for life experiences beyond our control. 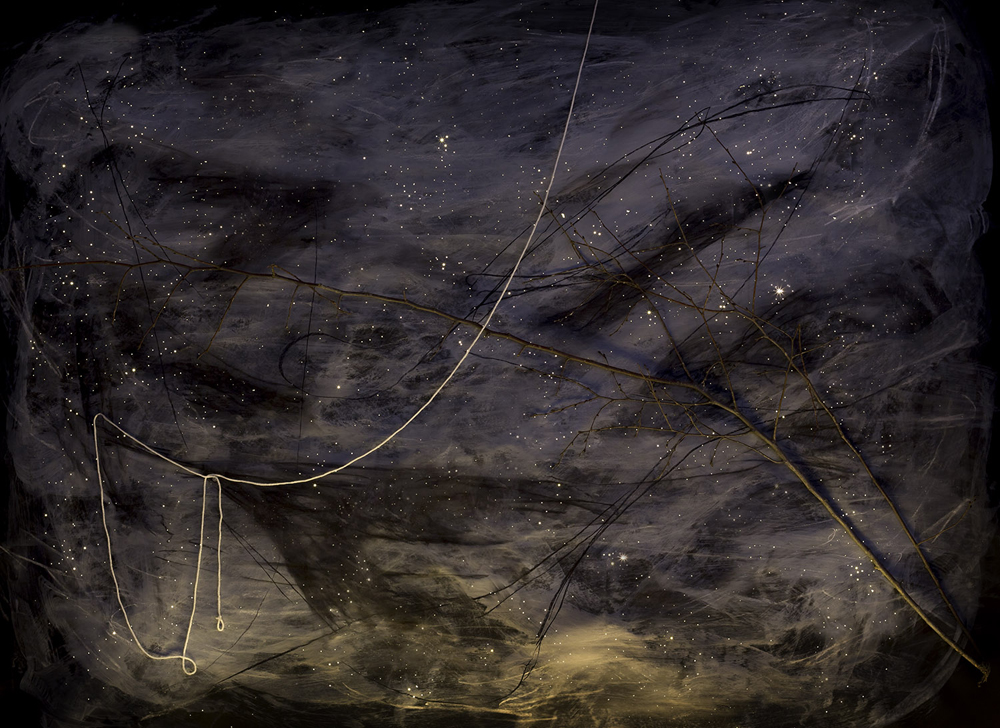 ©Marcy Palmer, Twilight with You

Marcy Palmer’s work has been exhibited both nationally and internationally at The Ogden Museum of Southern Art, The Berlin Biennial of Fine Art and Documentary Photography, The Brighton Photo Fringe Festival, The Vermont Center for Photography, The Center for Fine Art Photography, The Brooklyn Museum of Art, The Photomedia Center, and The Center on Contemporary Art in Seattle, WA. Marcy’s work won Gold in the Fine Art, Abstract category of the PX3, Prix de la Photographie, Paris 2016 awards. Her work was also a finalist in the Fine Art Category for the 7th Edition of the Julia M Cameron Awards. Marcy currently resides in Dallas, TX. 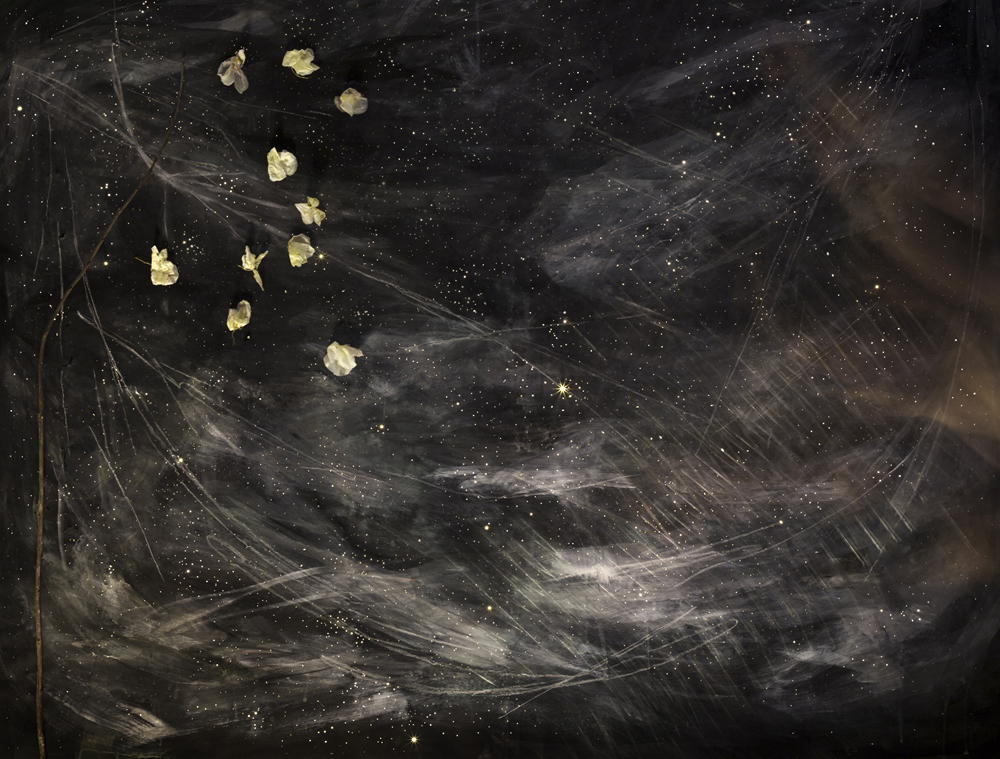 The photographs in this series are about the space between the imagined and real. There is reference to constellation, a need for a controlled environment within a chaotic one, and a constructed world with natural elements. These works are filled with a tension between frustration and control, and wonder and delight. Through these images, I could express my new and emotional journey of parenthood. Although the objects used in these images are not directly related to childhood/parenthood, the emotions evoked are. My experience as a new parent lends itself to this tension, but the images relate to something larger than my own experience.

The images are made by drawing and painting on a paper backdrop, shining light through holes in the backdrop, hanging wire, string, branches, and other elements to create shapes and lines in the compositions, which I often interact with. A slow shutter speed is used when capturing the images to show a sense of movement in many of them. 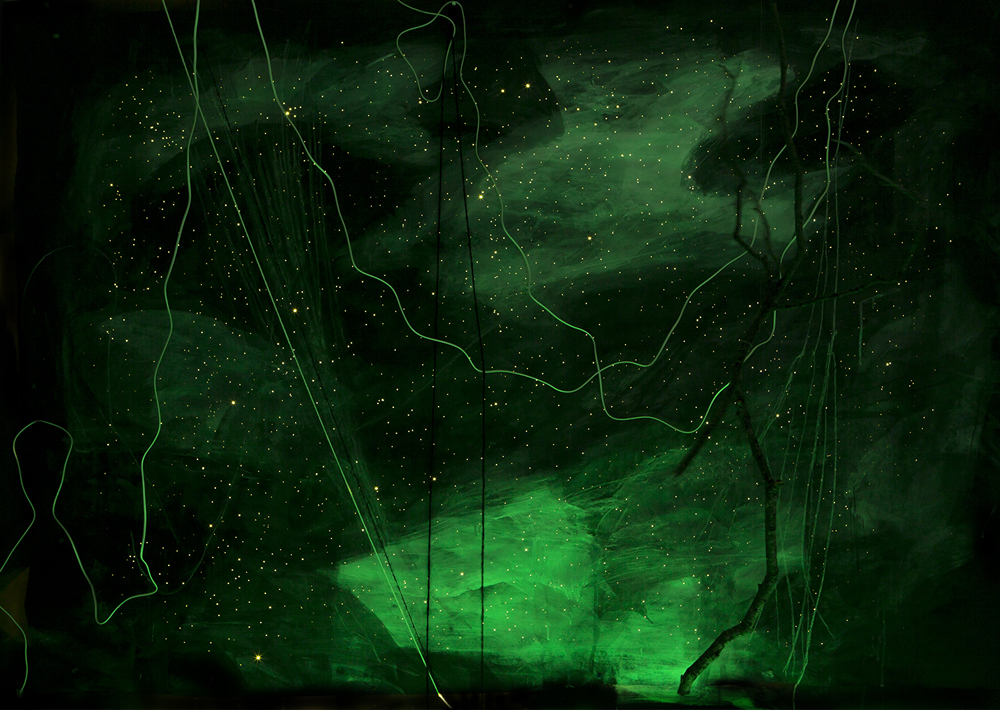 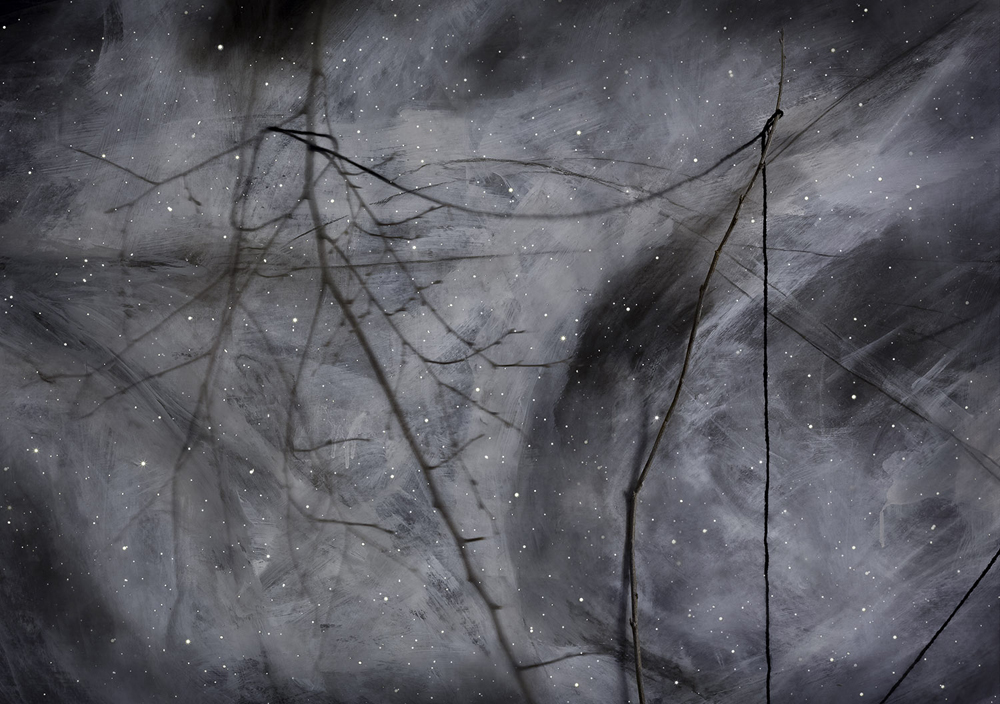 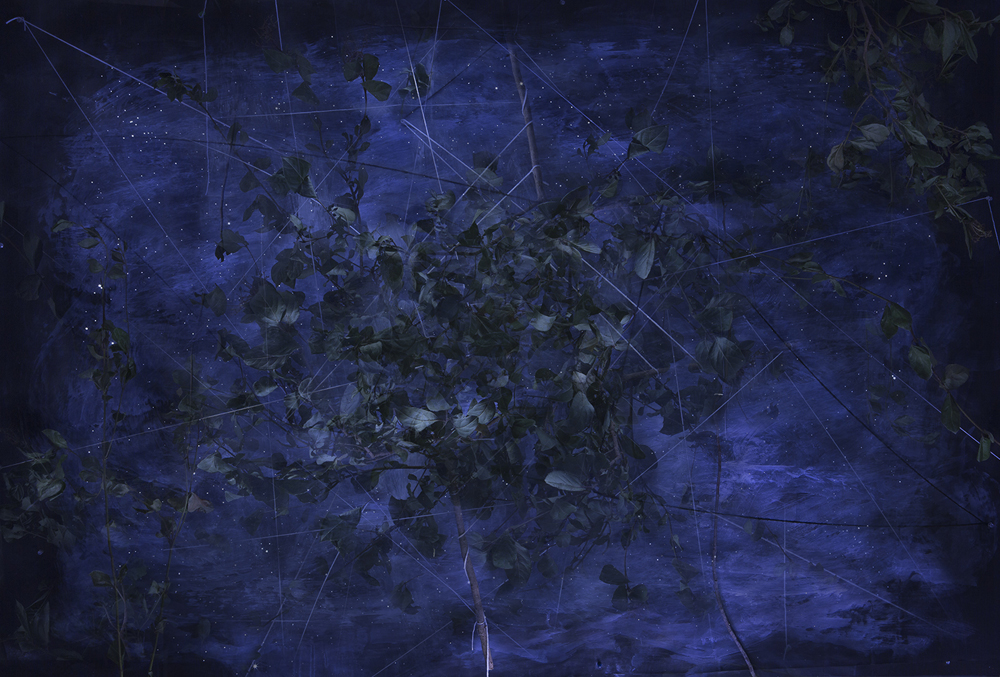 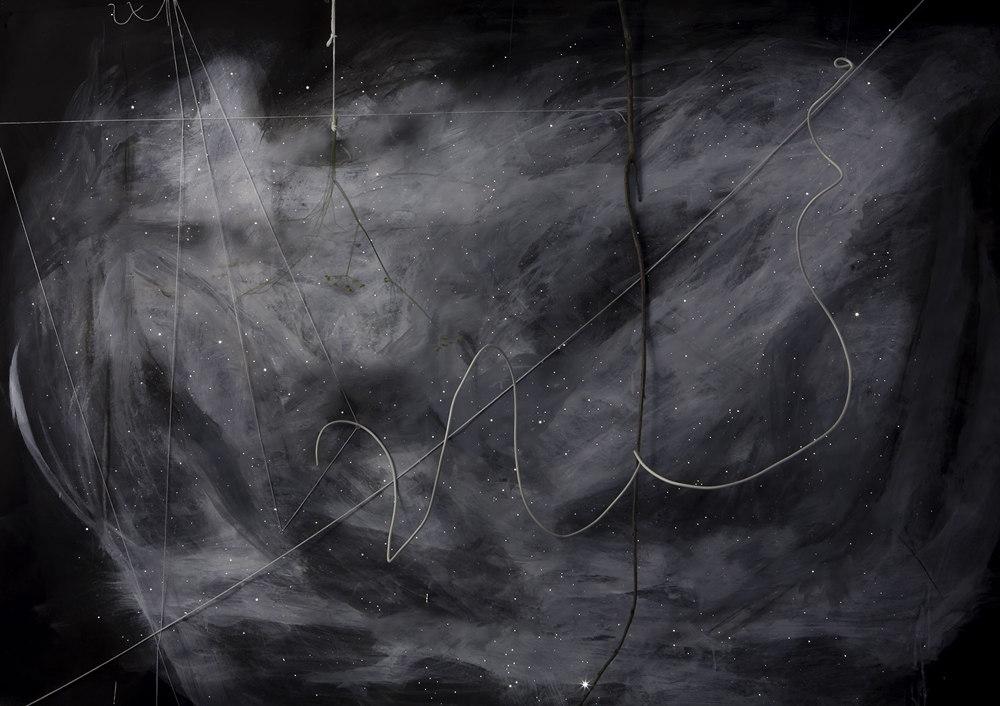 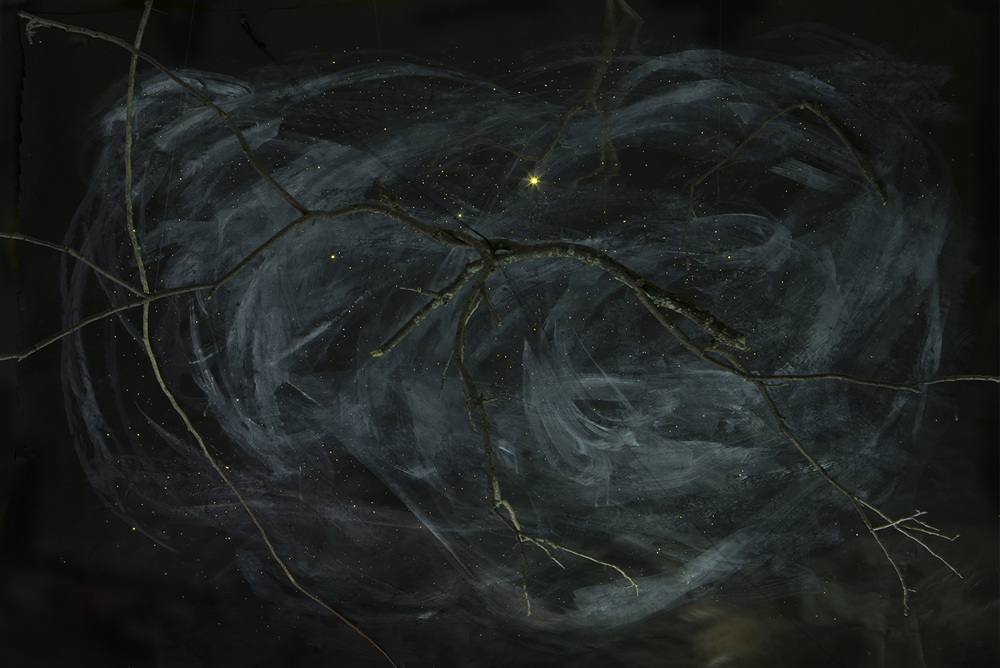 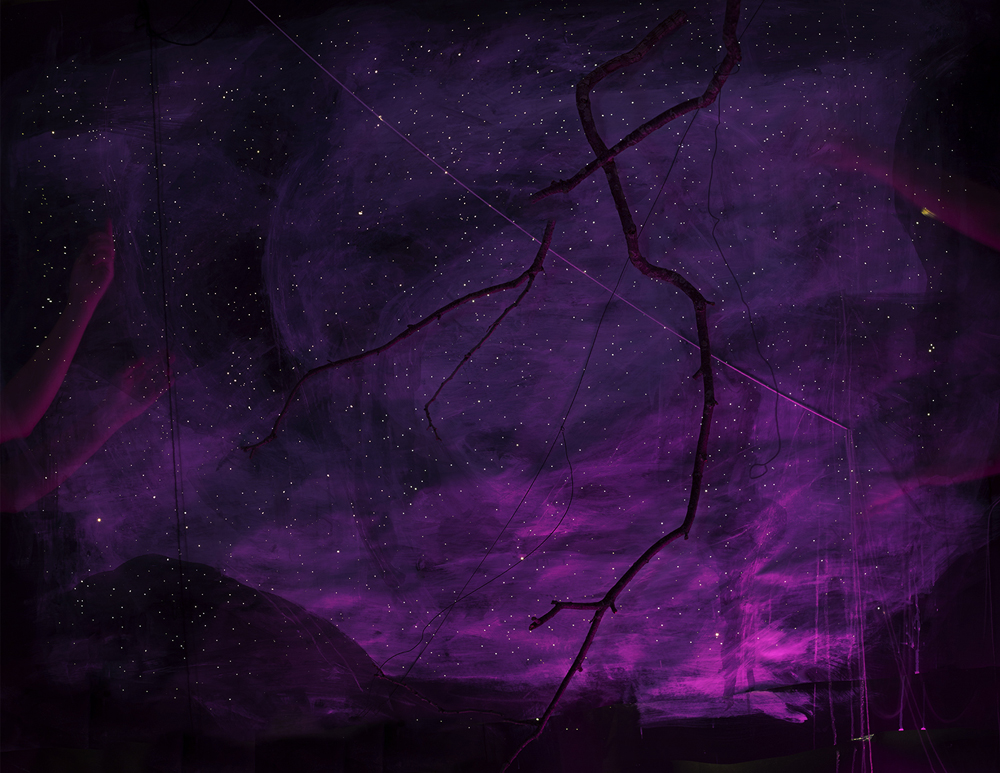 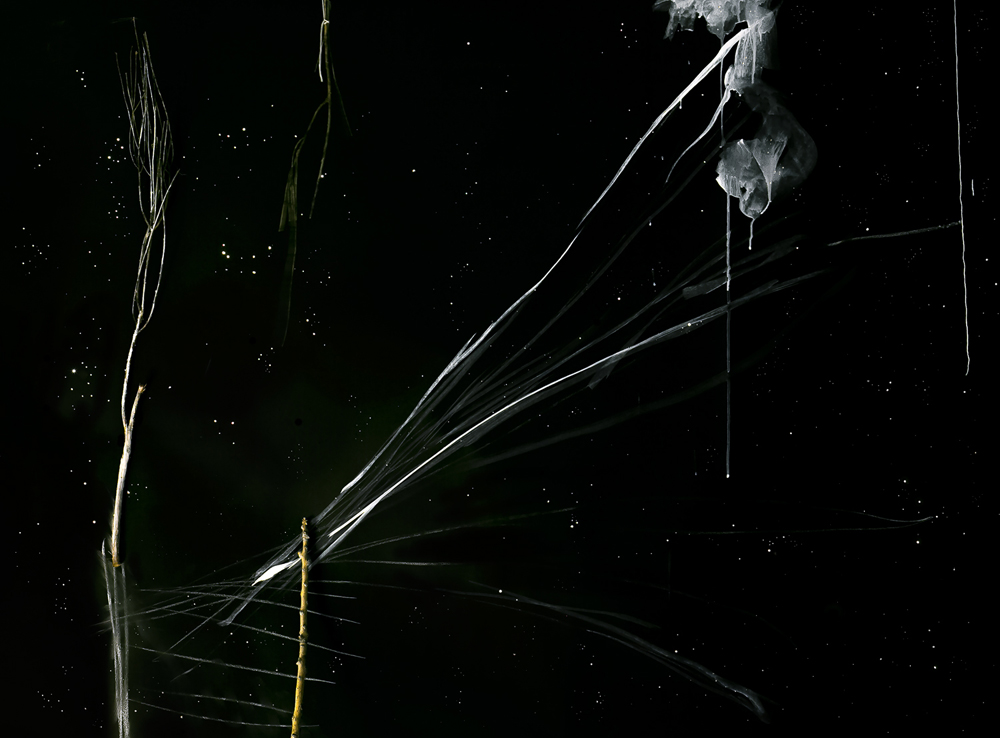 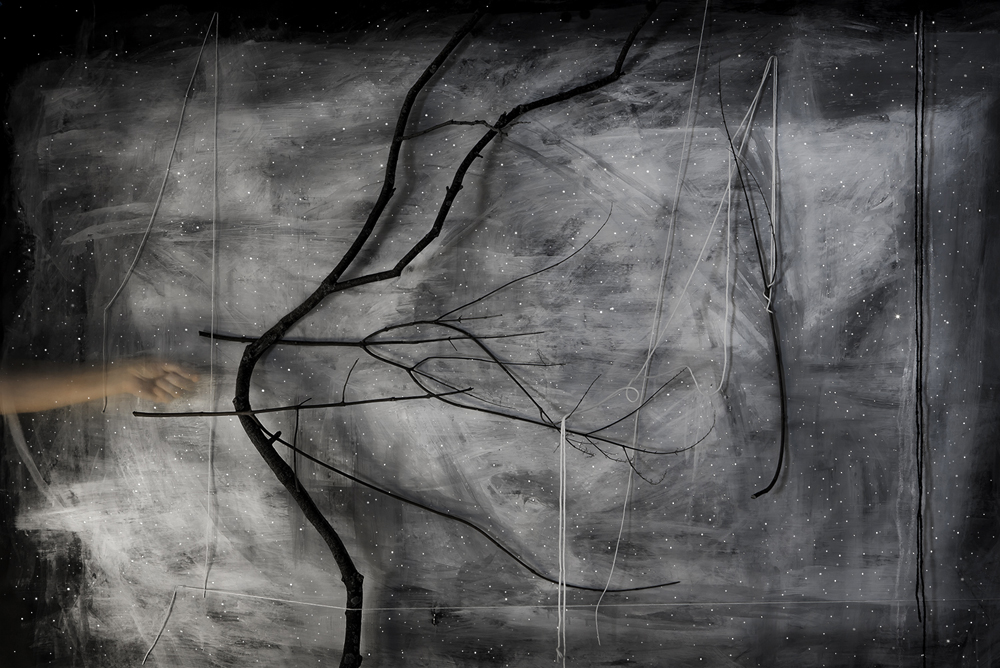 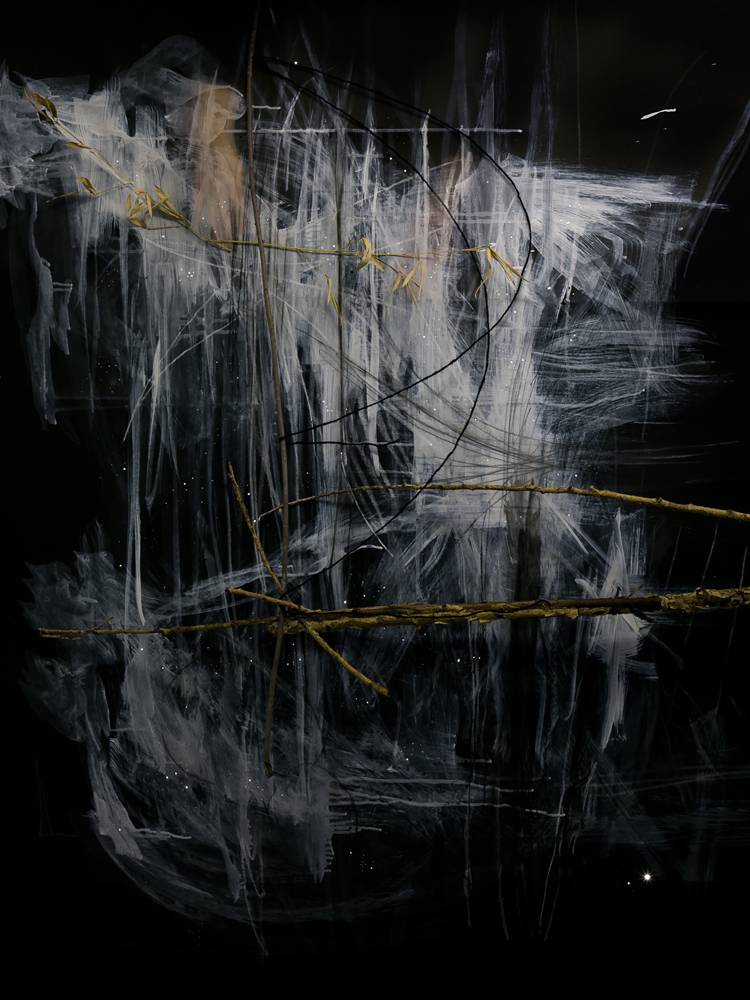 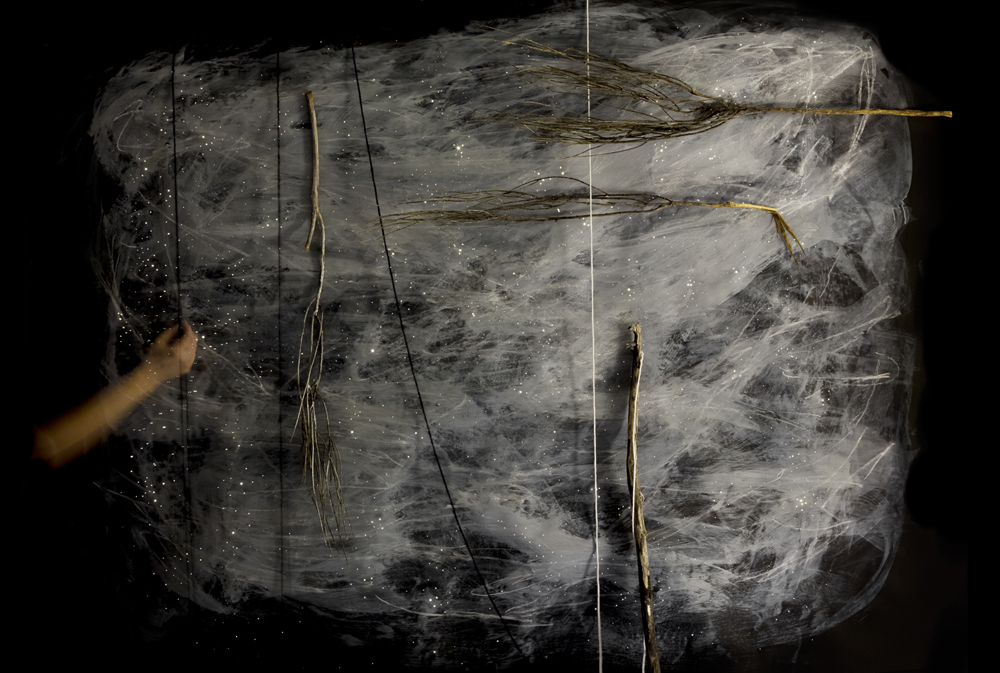 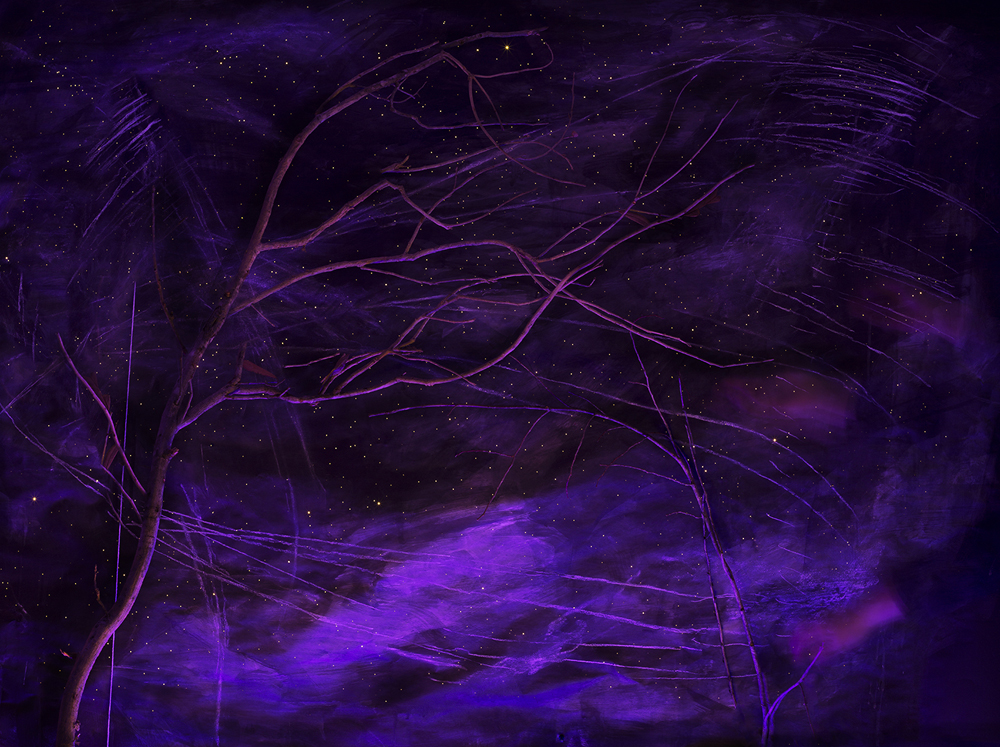 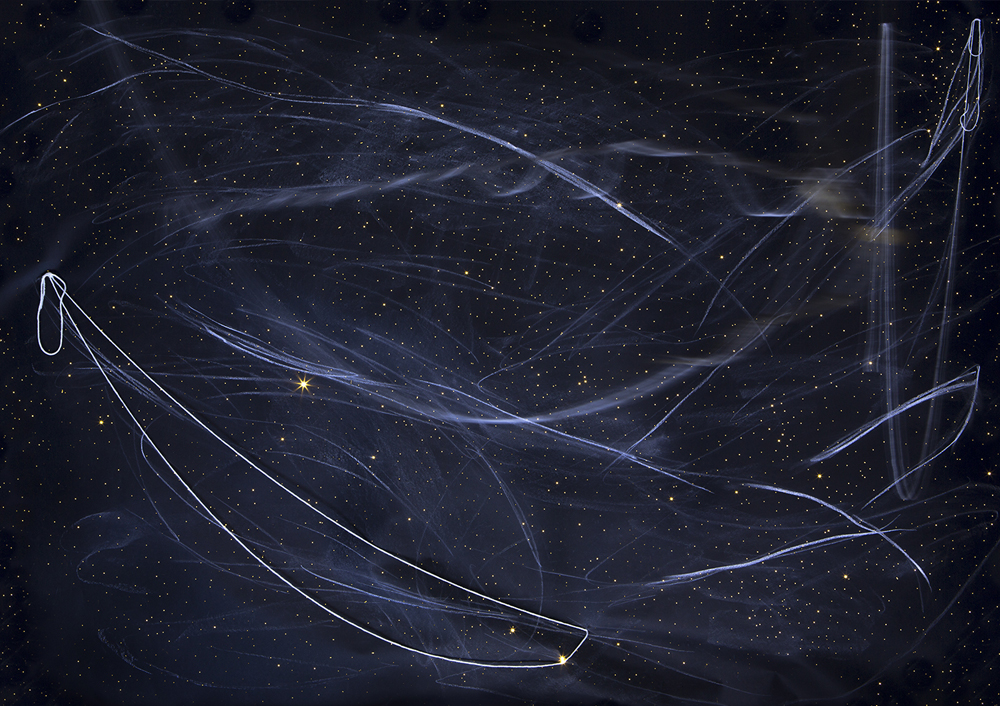