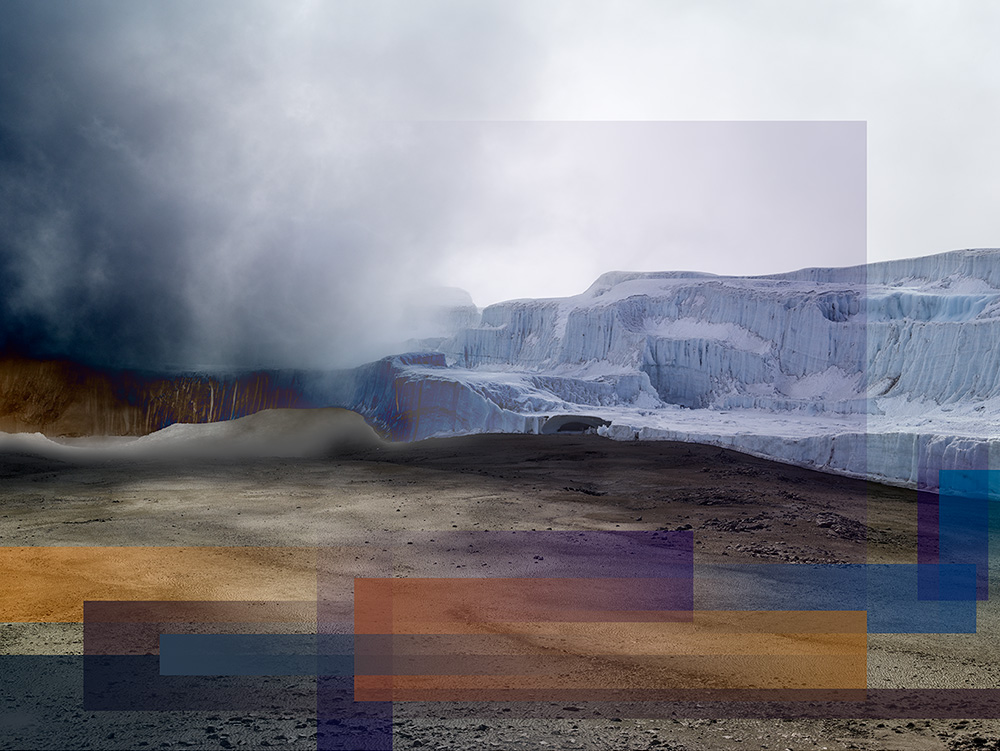 For the Montana portion of the States Project, I am featuring two of my colleagues from the photography program at Montana State University in Bozeman. The first is Ian van Coller. It is an honor to teach alongside an artist of the high caliber of Ian and gratifying to know we share similar goals in teaching our students. Neither of us likes off white mats with color photographs, or images printed on cheap paper, and we both go a little crazy when hearing a student use the phrase “shoot” versus photograph. We encourage students to embrace the details of the aesthetic and the technical and make great work that is not overshadowed by sloppiness. Ian is an example for our students; he makes beautiful work. His execution from capture to output is some of the best I have seen. Unfortunately on your screen you only experience a portion of his work. I wish you could turn the pages of one of his impressive large-scale handmade books. Stepping inside one of his books is an emotional experience that makes you catch your breath. He makes beautiful work showcasing his love of details. Ian is accomplished as both artist and craftsman, paying attention to all particulars that make up the whole. His work is a package you don’t really want to unwrap because the presentation is striking, but you do because the gift that awaits inside is incredible.

Ian van Coller was born in 1970, in Johannesburg, South Africa, and grew up in the country during a time of great political turmoil.  These formative years became integral to the subject matter van Coller has pursued throughout his artistic career. His work has addressed complex cultural issues of both the apartheid and post-apartheid eras, especially with regards to cultural identity in the face of globalization, and the economic realities of every day life. Most recently his work has focused on environmental issues related to climate change. Van Coller received a National Diploma in Photography from Technikon Natal in Durban, and in 1992 he moved to the United States to pursue his studies where he received a BFA (photography) from Arizona State University, and an MFA (photography) from The University of New Mexico. He currently lives in Bozeman, Montana with his wife, children, two dogs and is an Associate Professor of Photography at Montana State University.  His work has been widely exhibited in the United States and South Africa, and is included in many significant museum collections including The Philadelphia Museum of Art, The Getty, The Metropolitan Museum of Art and The South African National Gallery (IZIKO). Van Coller is represented by JDC Fine Art/Schneider Gallery in Chicago, and Passages Bookshop in Portland, Oregon. He is a member of the Piece of Cake photography collective. 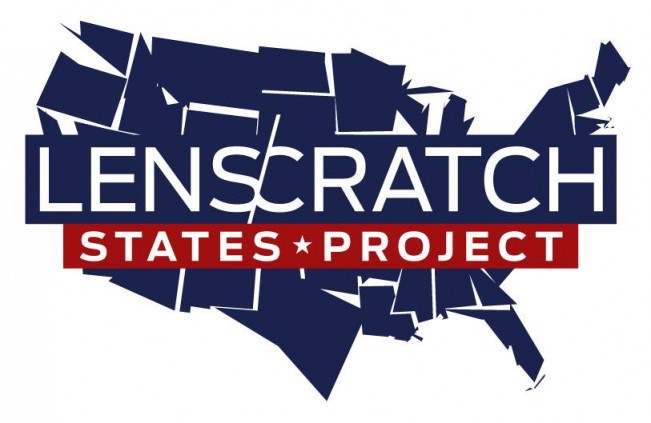 The Transparency of Ice and the Melting of Deep Time

Climate change has become a common and controversial buzz-word, but the layman understanding of it is sometimes rudimentary and intangible. This project reflects my recent focus on creating work that brings art and science together in an effort to make the monumental issue of climate change both tangible and comprehensible on a human scale. The rapid transformations brought on by climate change have compressed and conflated human and geologic time scales. I employ the metaphor of glaciers as “time machines” that capture, compress and conserve remnants of the planet’s ancient atmosphere. Consequently, I have become interested in how human conceptualizations of deep time can be explored through visual exploration of glacier ice, the ephemeral contents of which can tell us much about our past, as well as our future. Initially inspired by the 10,000 Year Clock Project of the Long Now Foundation, I have begun collaborating with scientists to make art that challenges viewers to think about the vast scales of geologic time—both past and future—that are recorded in the earth’s glaciers and ice bodies. 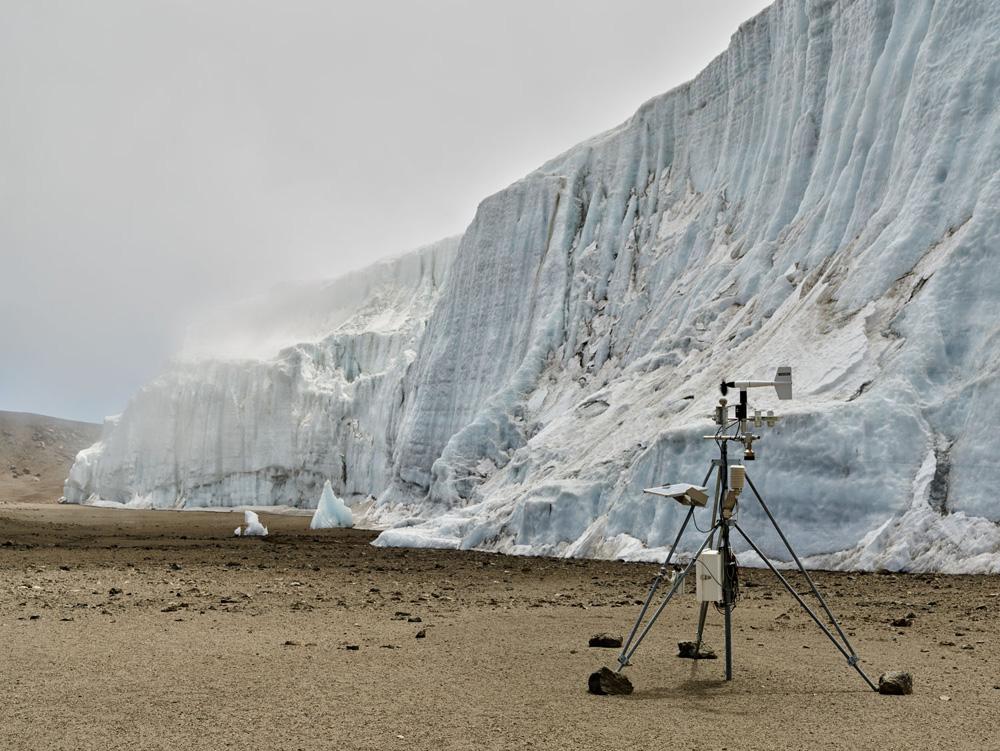 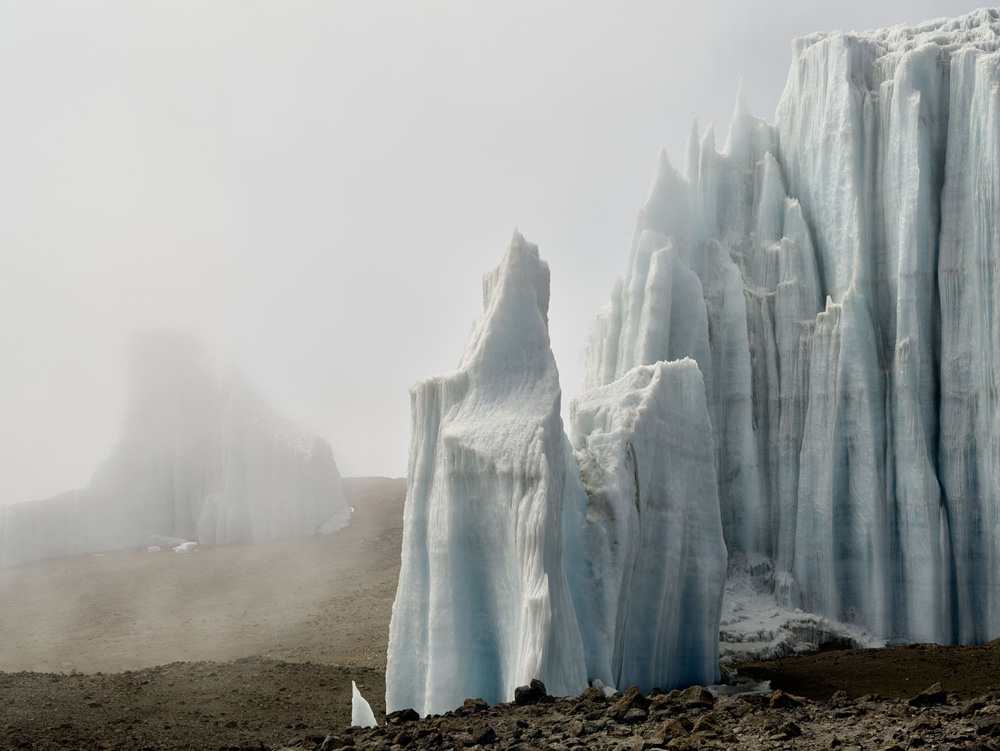 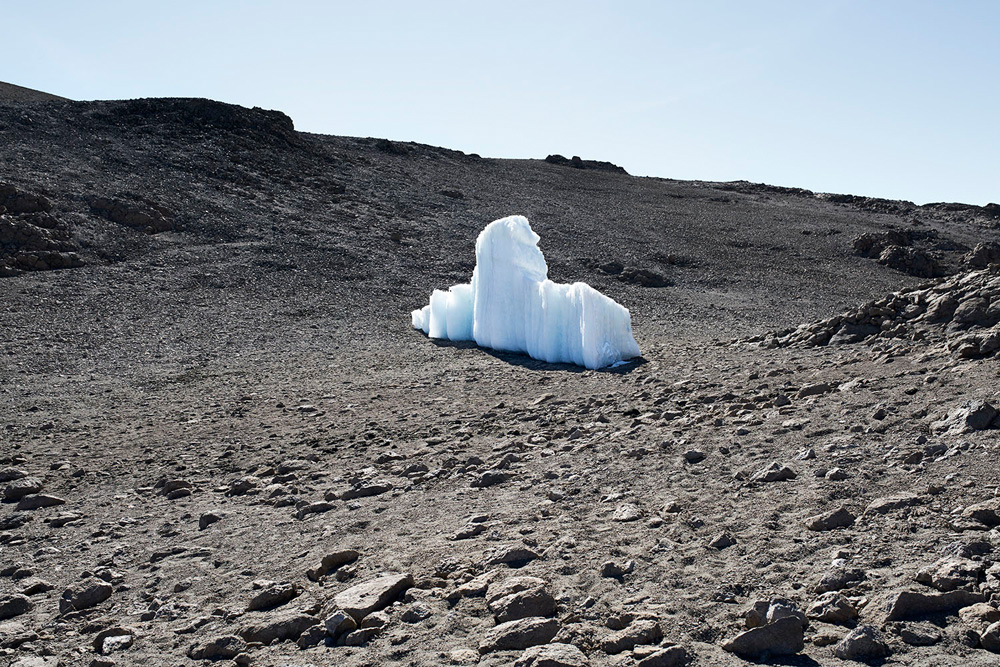 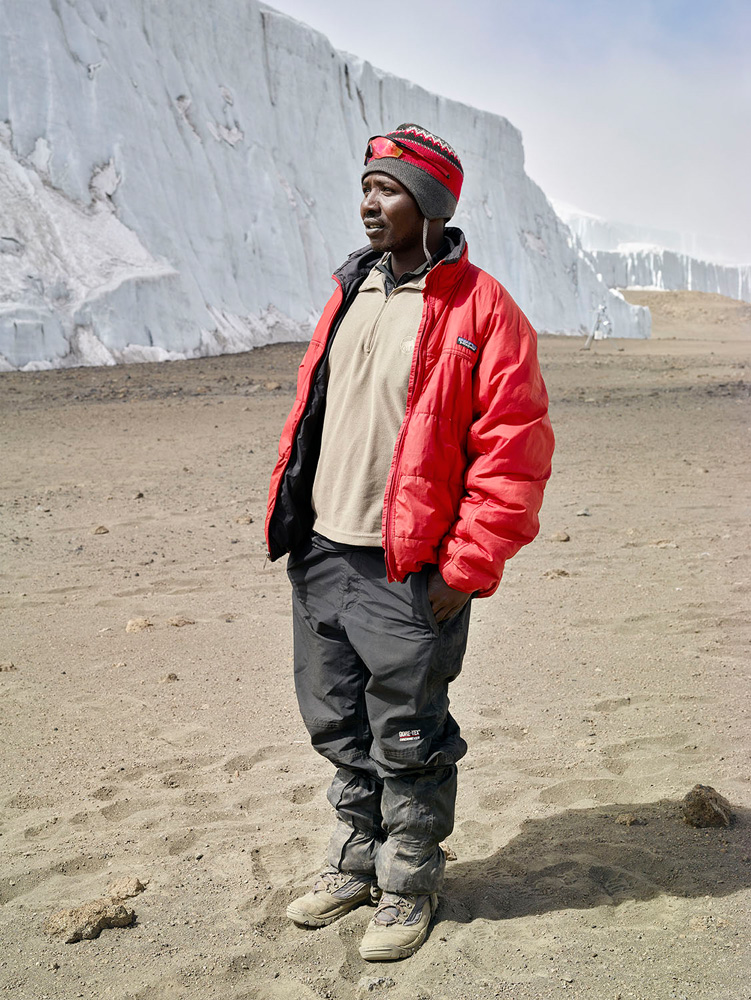 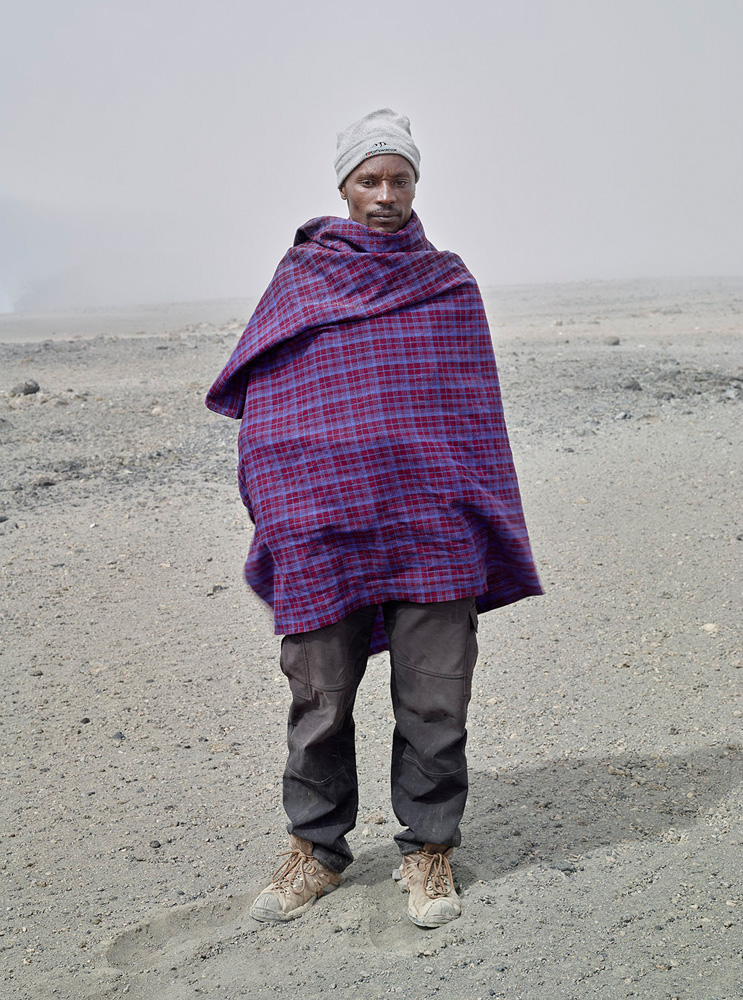 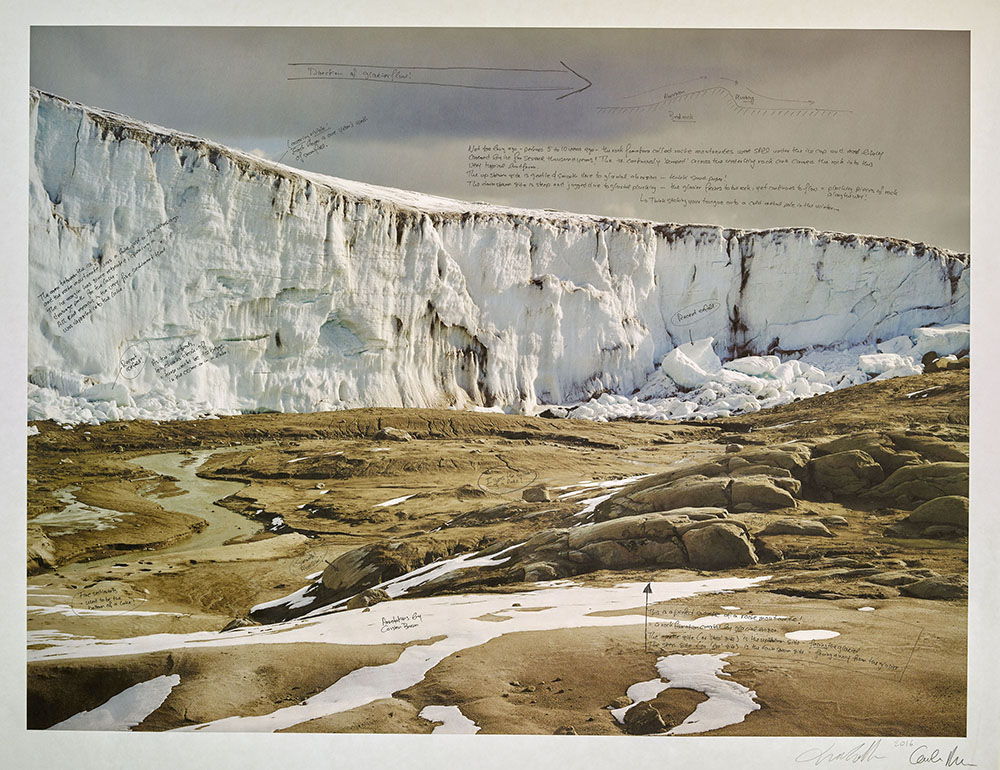 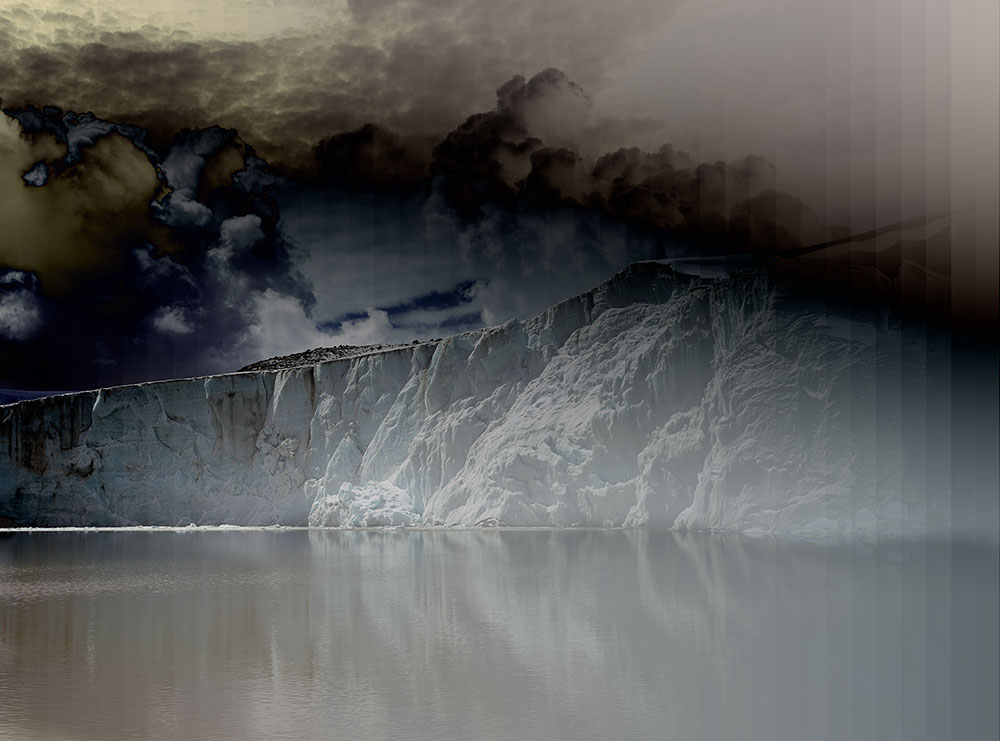 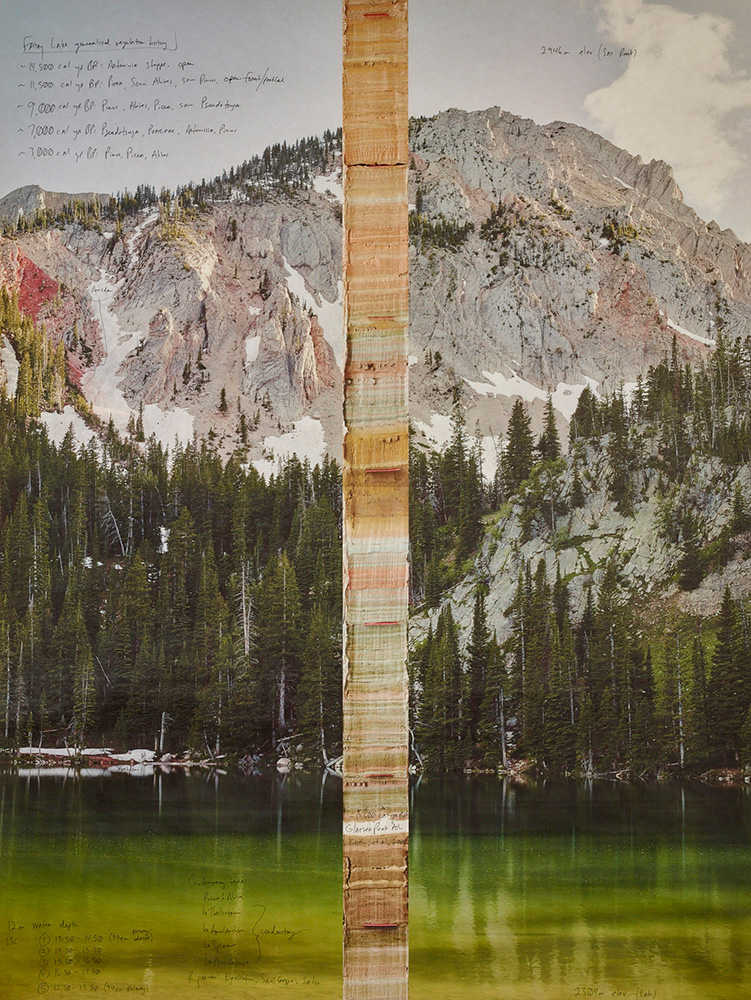 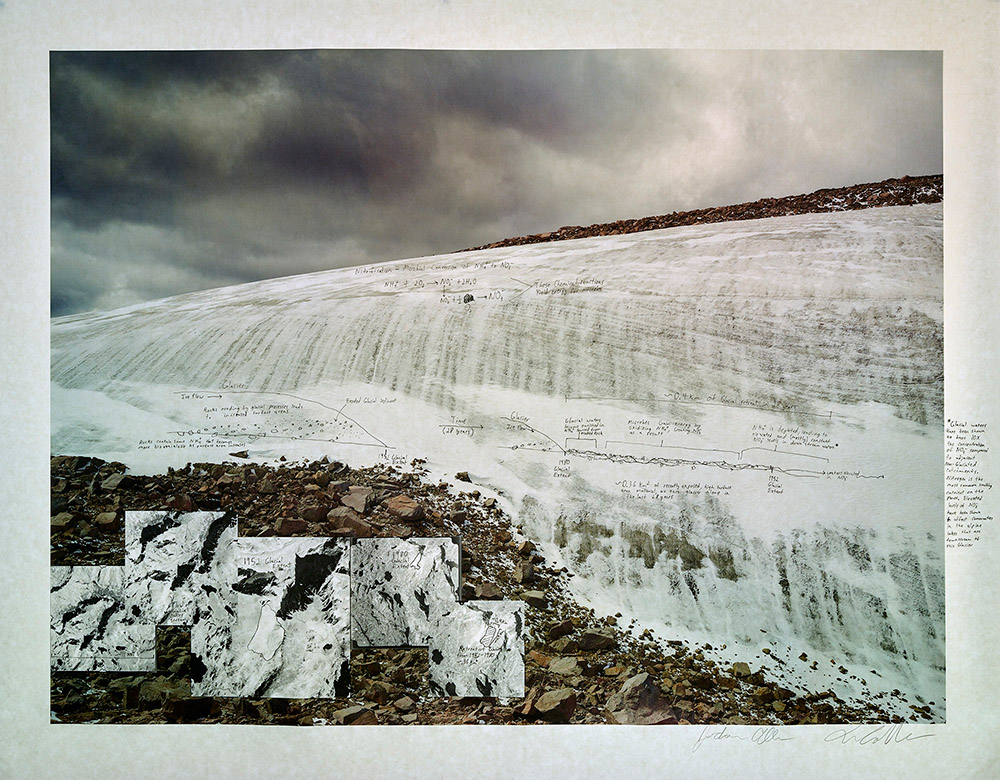 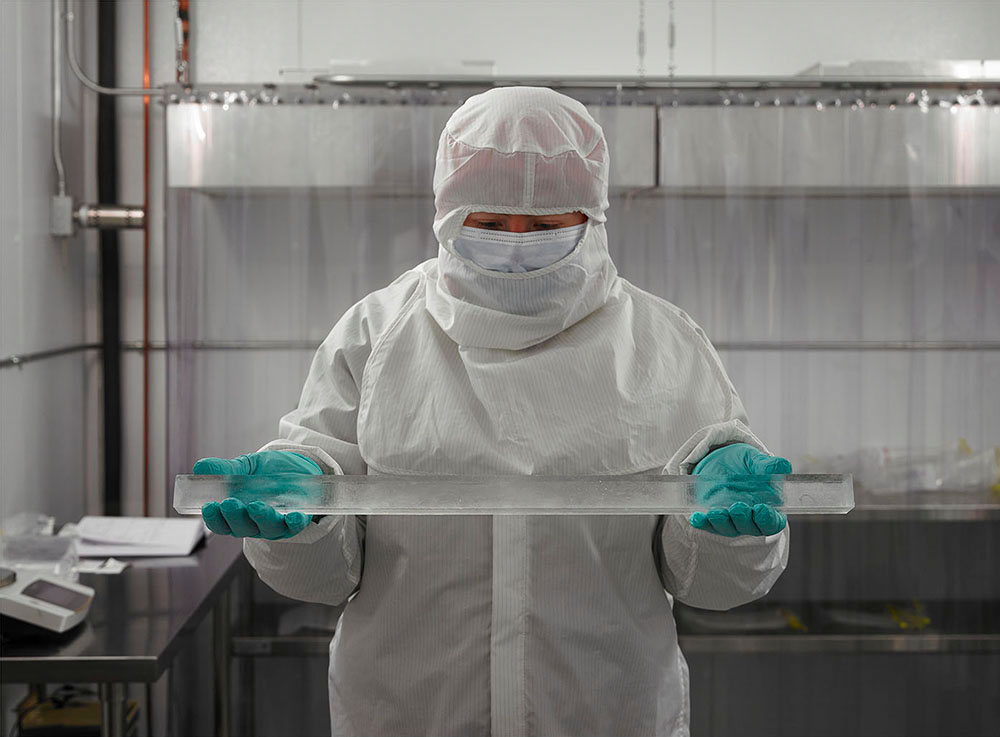 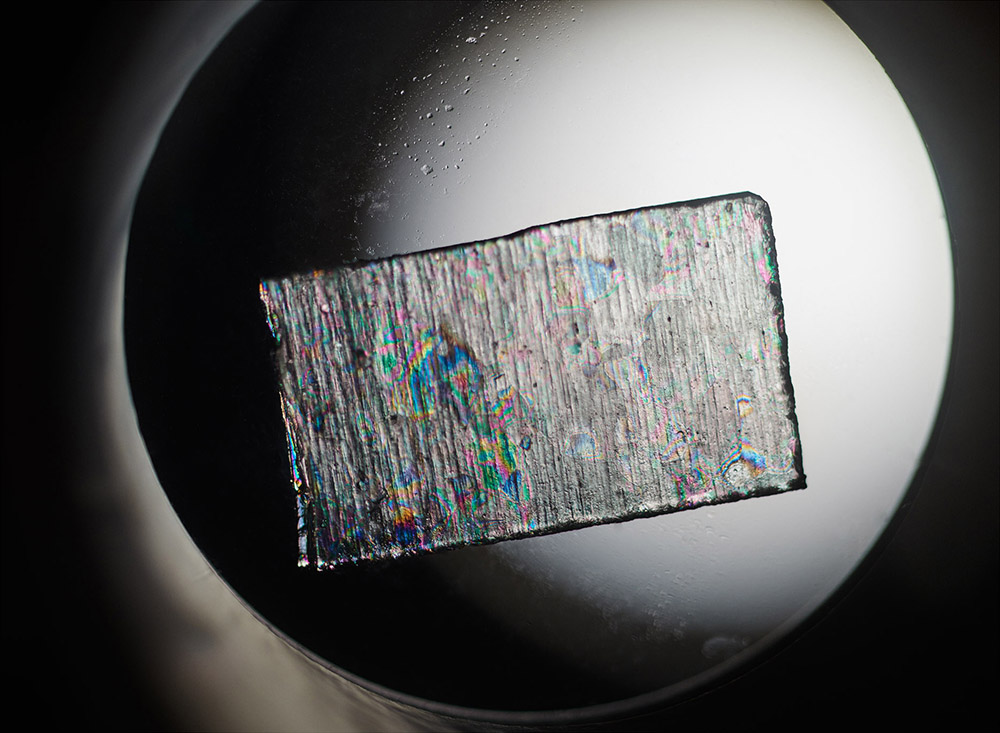 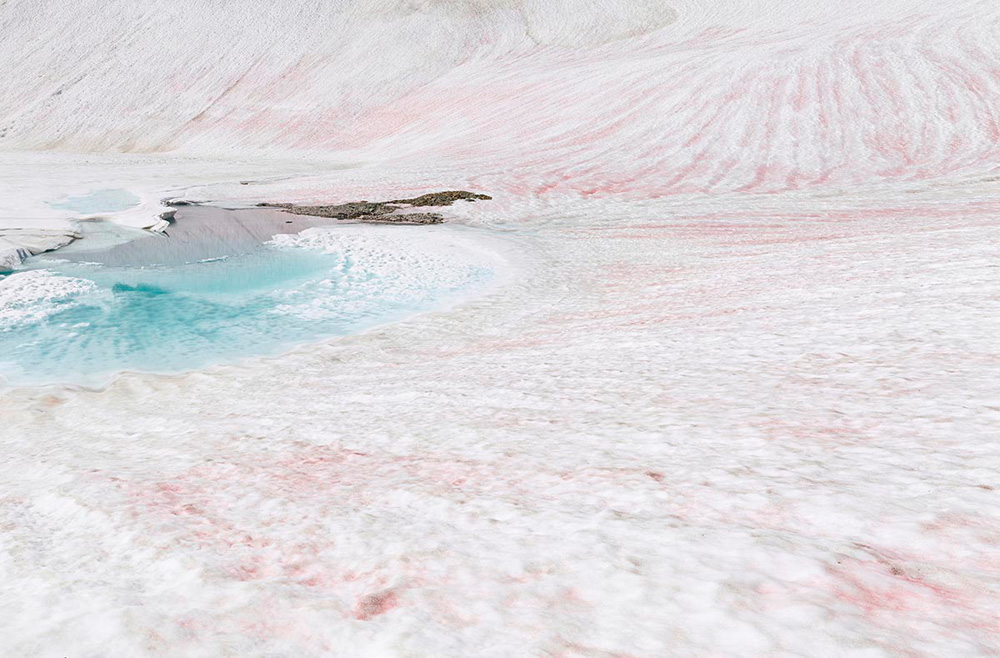 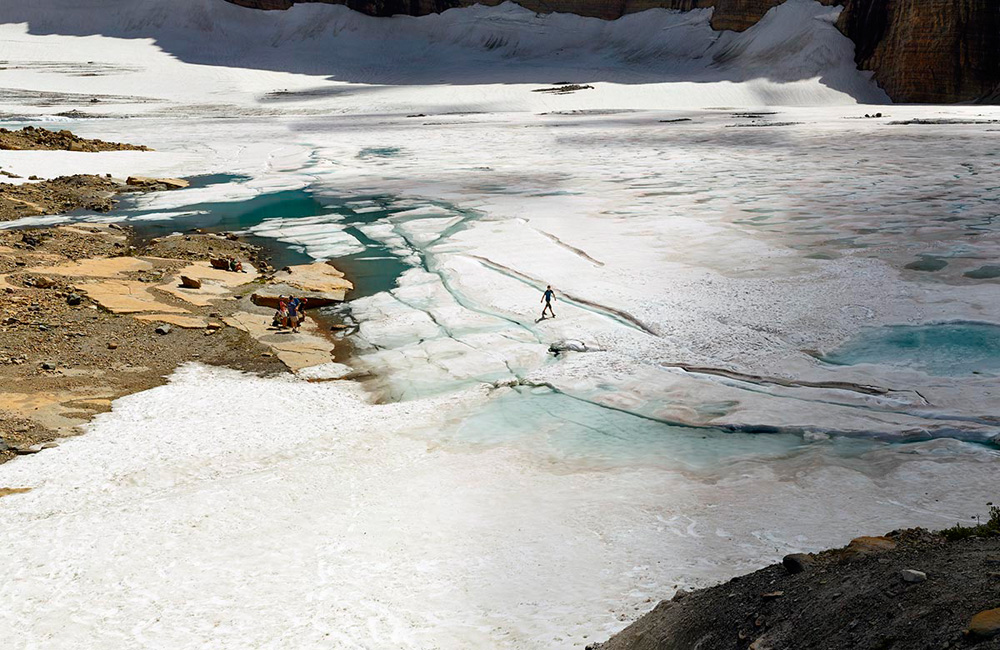 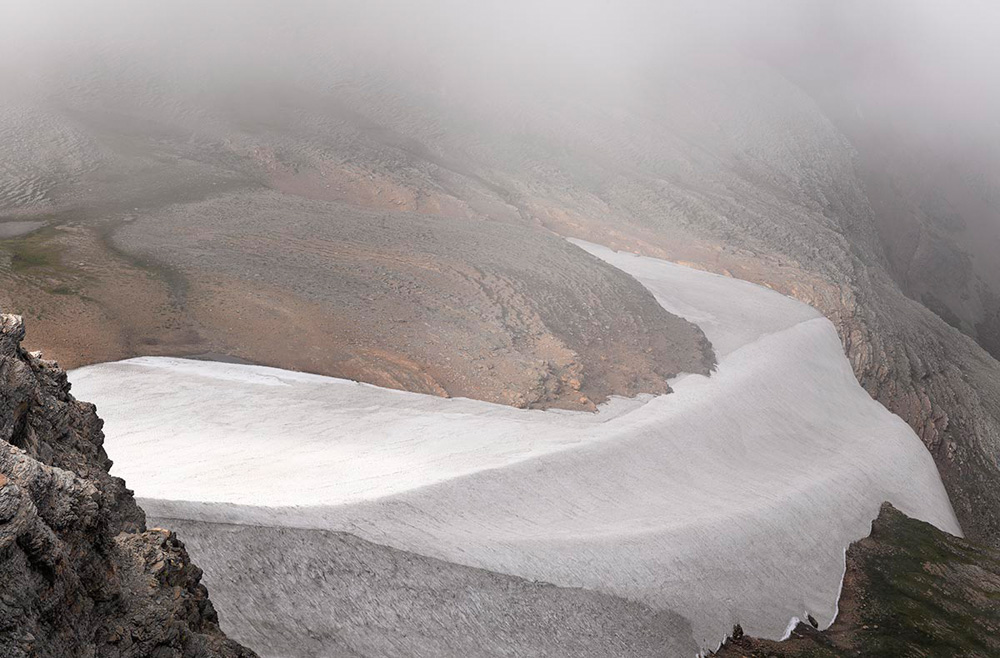 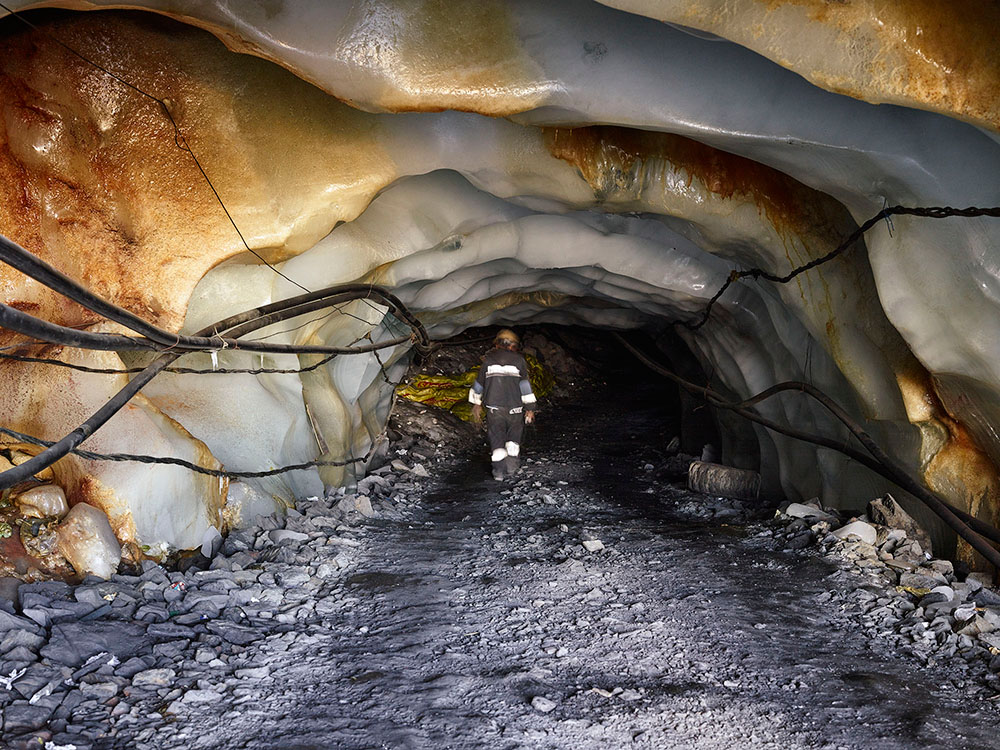 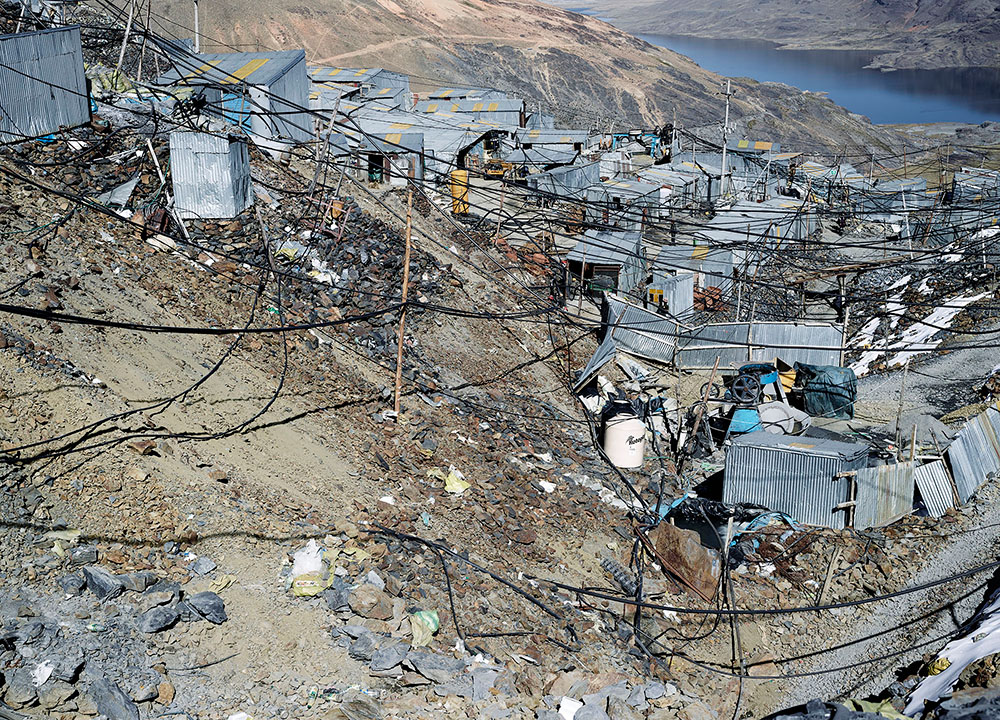 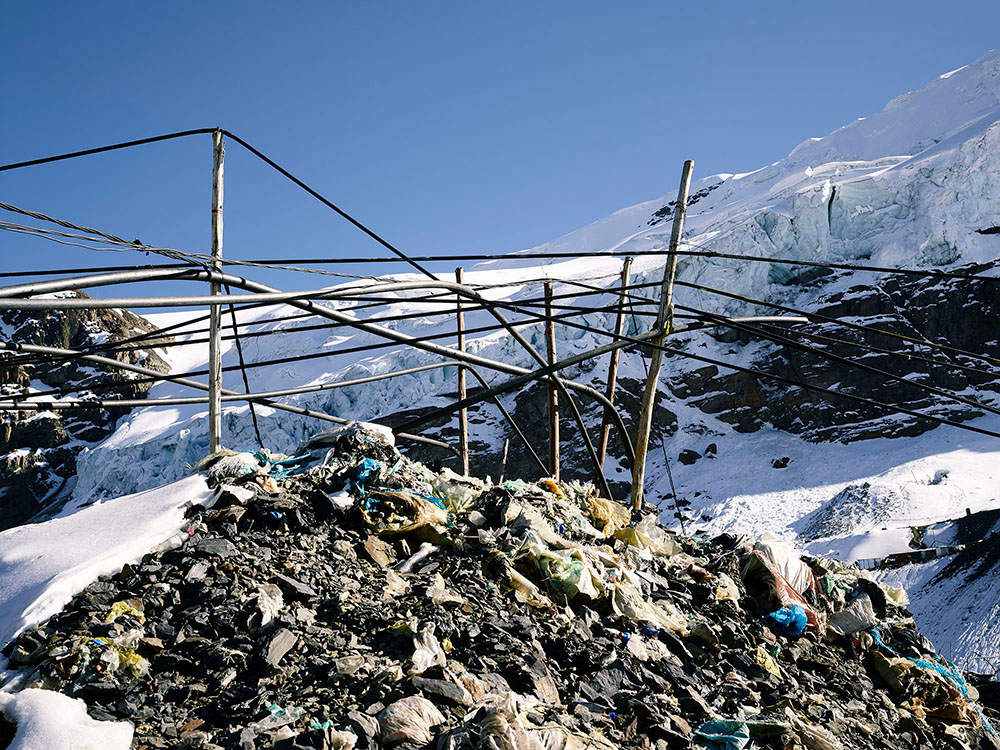 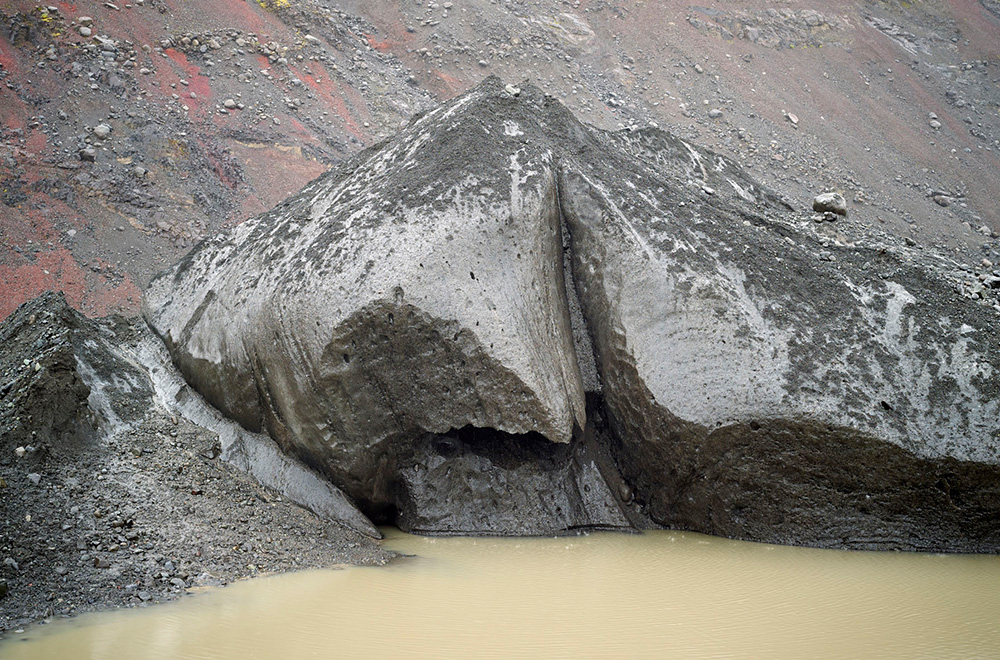 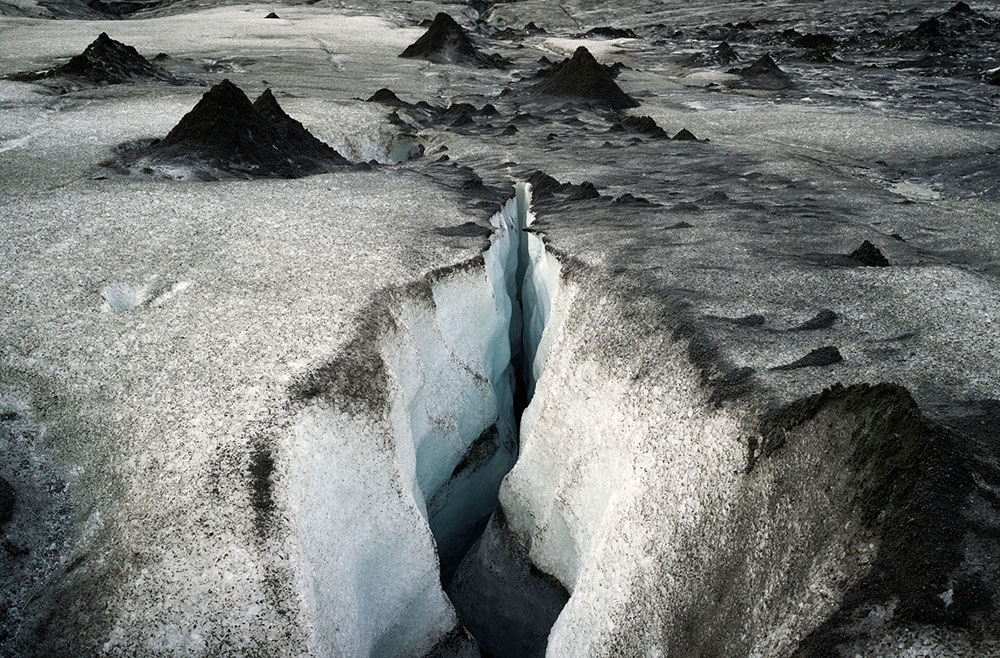