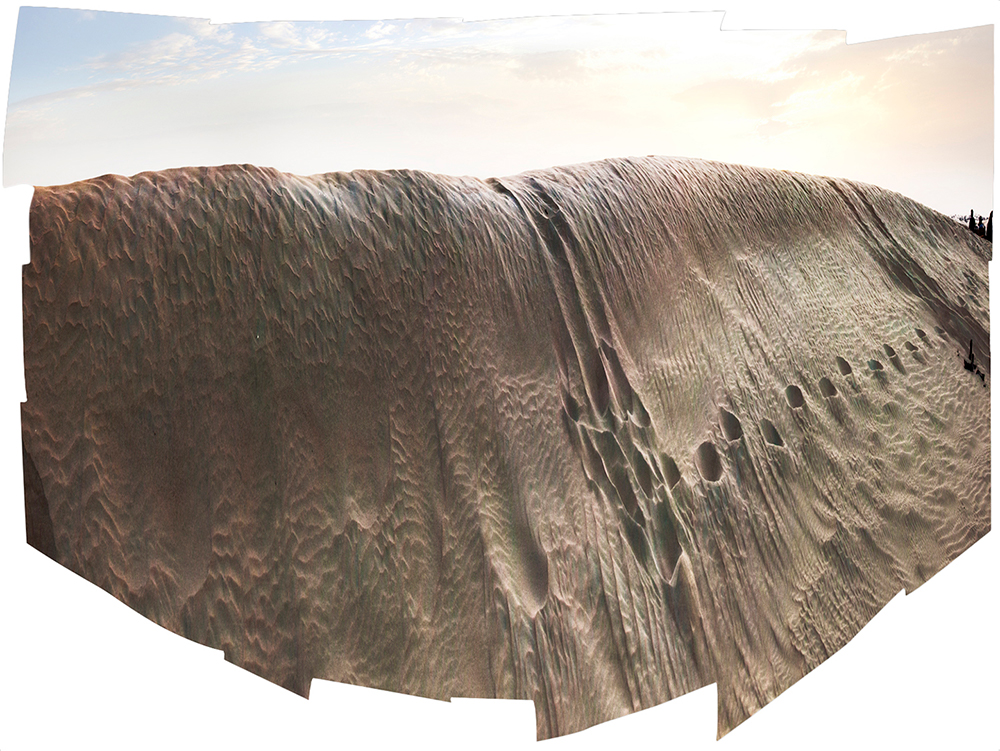 Korean photo-based artist Sangbin IM recently opened the exhibition, AI/IM currently on view at the Ryan Lee Gallery in New York that runs through October 12th, 2019. His composite photographs come from “a fascination with photography and by digital technology, and this exhibition focuses on his interest in creating a collaborative process with technology, using artificial intelligence. IM will spend hours or even days taking hundreds of photos of cities and places around the world from different angles and at different times of day. IM then uses Photoshop’s Photomerge function to synthesize hundreds of images into a single composition, which he then edits. The process is a partnership between Artificial intelligence and the human hand, revealing the way that technology can advance creative thinking and offer an alternative vision of a work”.

The resulting works create 3-D worlds that bend and morph with the landscape. They force us to reimagine places are familiar, well-known cities and landmarks taken during his travels—Athens, Manhattan, Notre Dame Cathedral, the Shitennoji Temple—into panoramic scenes whose irregular edges push beyond the traditional rectangular picture plane. In this series IM has also retained the jagged, computer-generated borders of the images, which give literal shape to the works’ mechanical- organic hybrid nature. 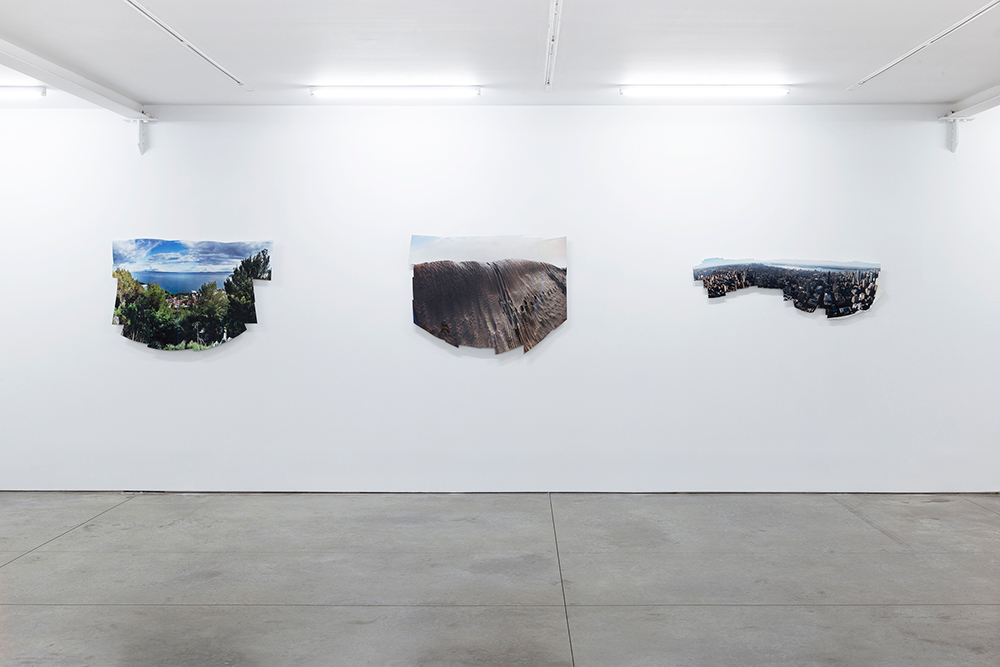 Sangbin IM (b. 1976 Seoul, Korea) is an artist known for his vibrant composite photographs, each composed of hundreds of images taken over a series of days and embedded over painted surfaces. IM’s works seamlessly blend painting and photography, integrating the two mediums to create a hyperrealist vision. Bridging the relationship between fantasy and reality, IM begins with the subject of the urban environment and then manipulates and idealizes it, creating a utopian vision of a place. Altering scale, exaggerating color saturation and combining digital images with a painterly surface, IM creates works that challenge viewers’ perception and conflate illusion and reality. 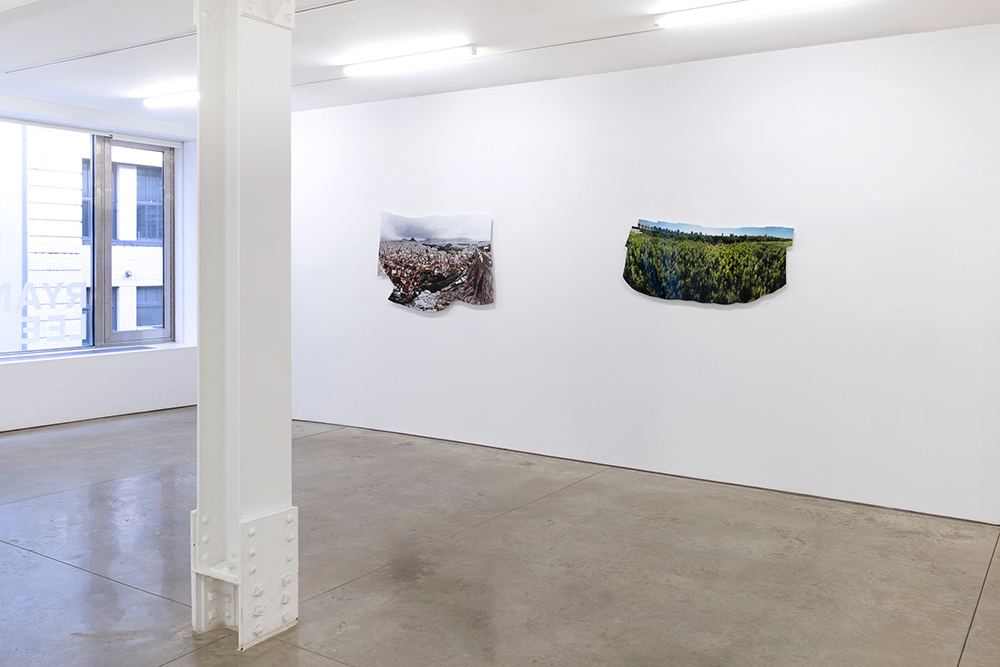 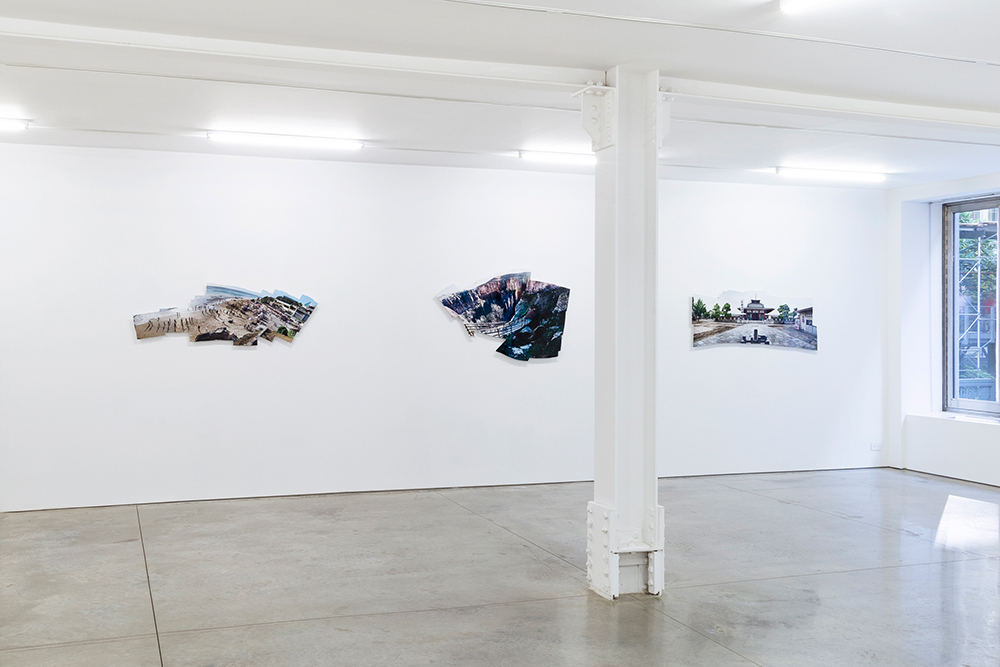 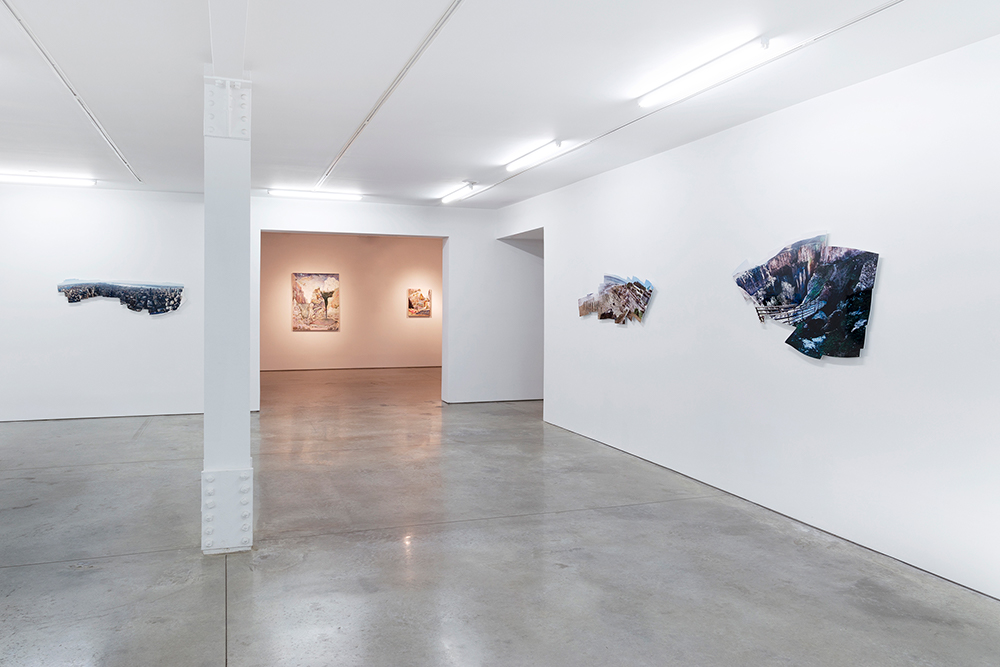 Until recently I invested a significant amount of time and labor in my photographic works by stubbornly continuing to conduct the task of splicing individual photographs using the computer. This of course, lifted the overall operational skills of my brain, my eyes, and my hands to that of a master artisan. This also caused excessive level of fatigue in my body. But when I think about it, it was not merely for aesthetic reasons. For example, I really was not satisfied with the visual errors that occurred when using the ‘automation function’ of the typical graphics program Photoshop.

However, in this exhibition I quite intentionally utilized this ‘automation function’. Although it still has many limitations, with continued accumulation of a large amount of data and mechanical learning though improved algorithms, it is clear that its operation abilities will greatly improve. However, currently there still is a lot of room for improvement. That is why, in one sense it is impressive, while on the other hand, it looks insignificant. This irony allows a lot of leeway to ponder from various facets. Ultimately, how we use this technology becomes a faithful self-portrait that encapsulates the conflict of our era and an apparent indicator of our current situation. -Sangbin IM 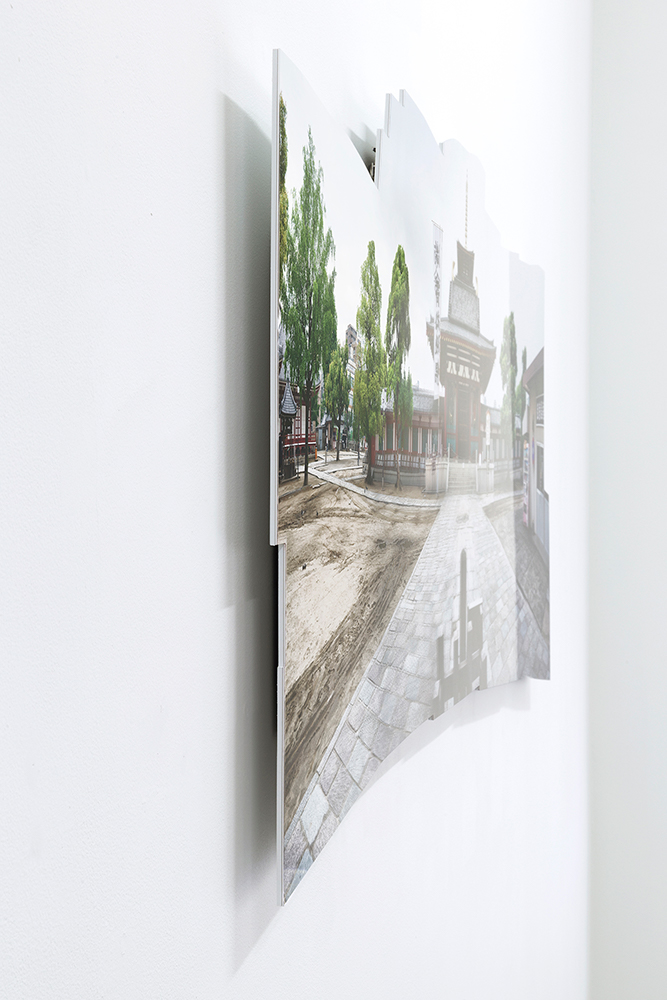 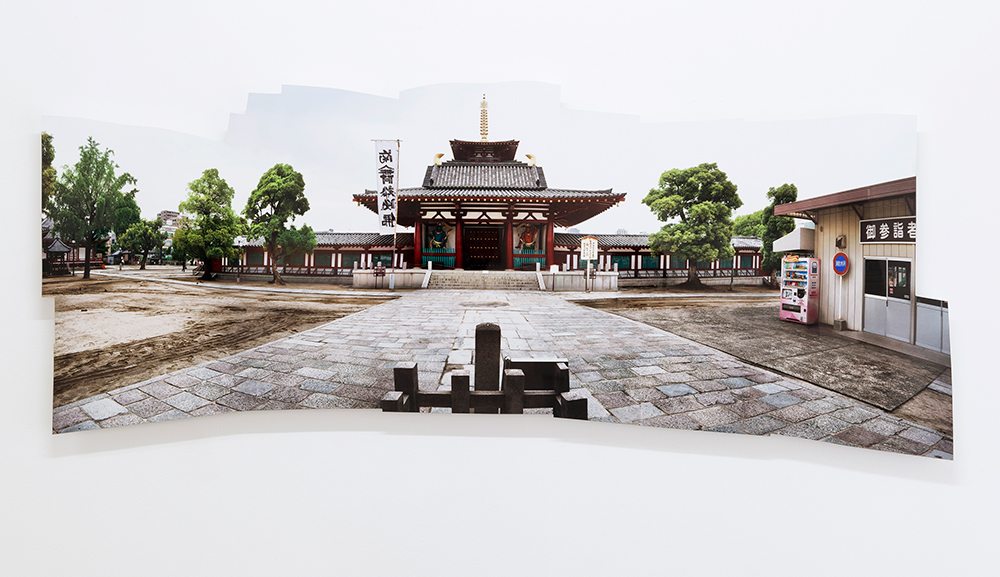 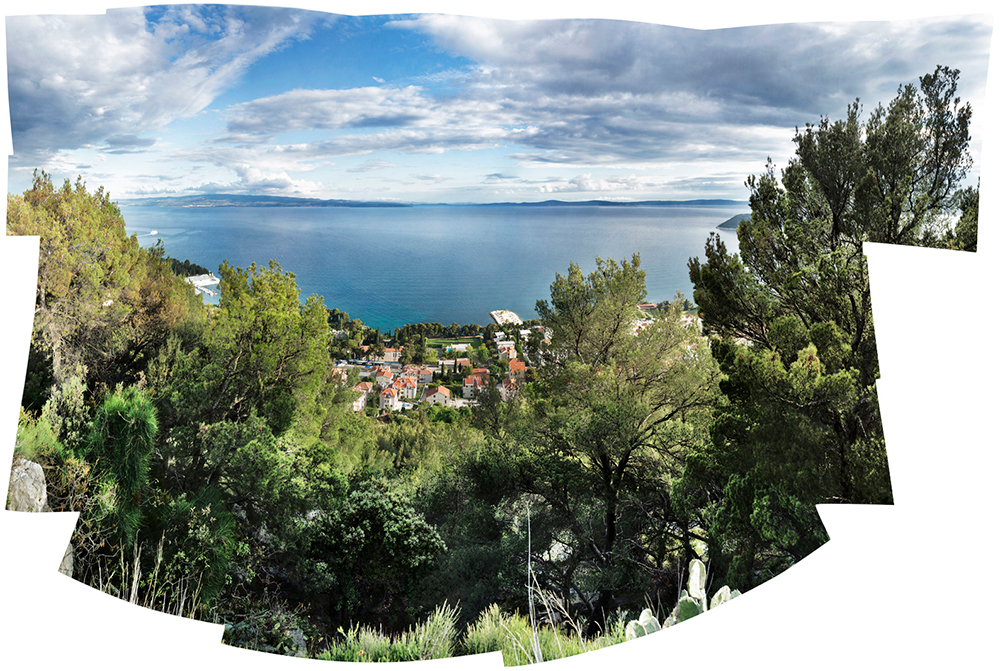 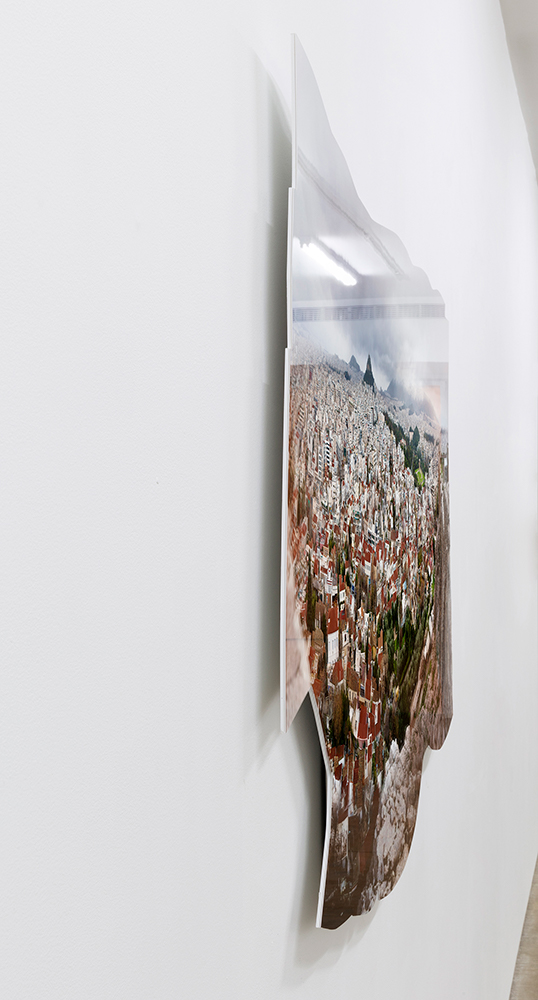 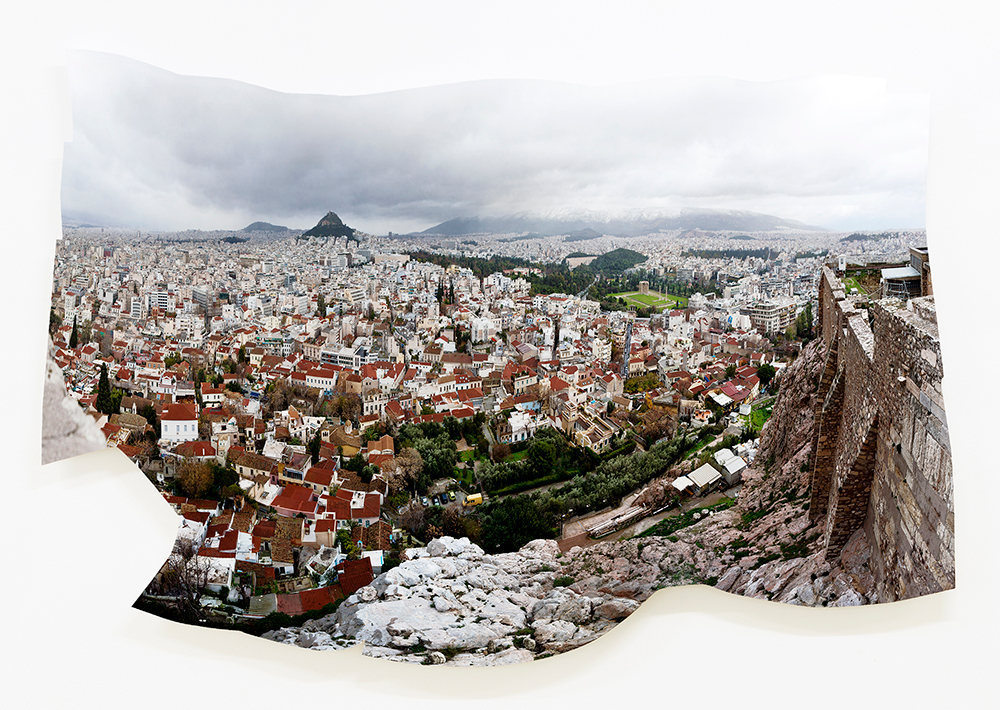 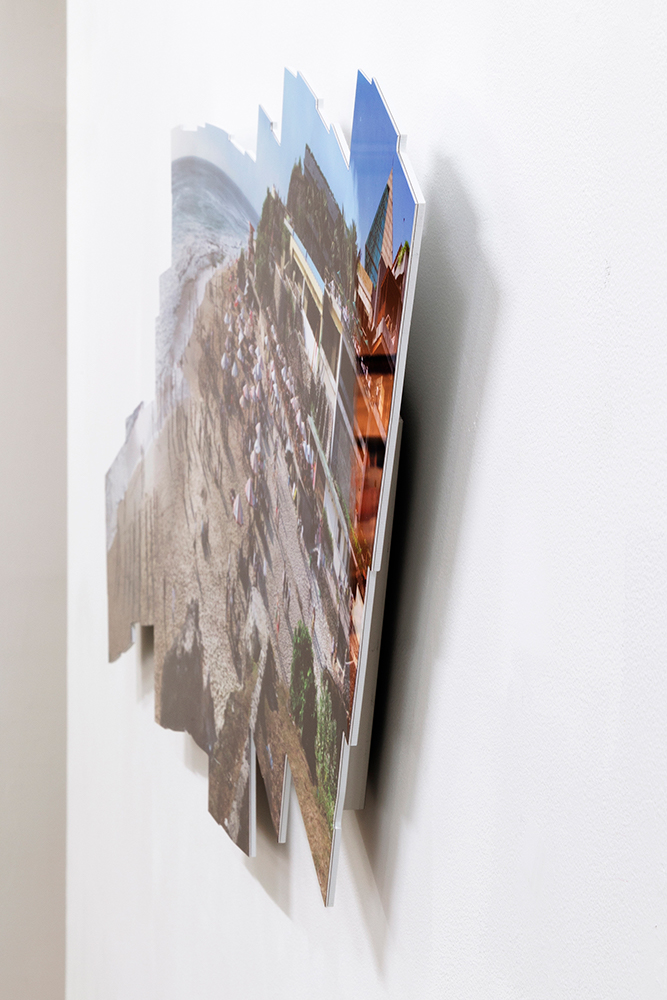 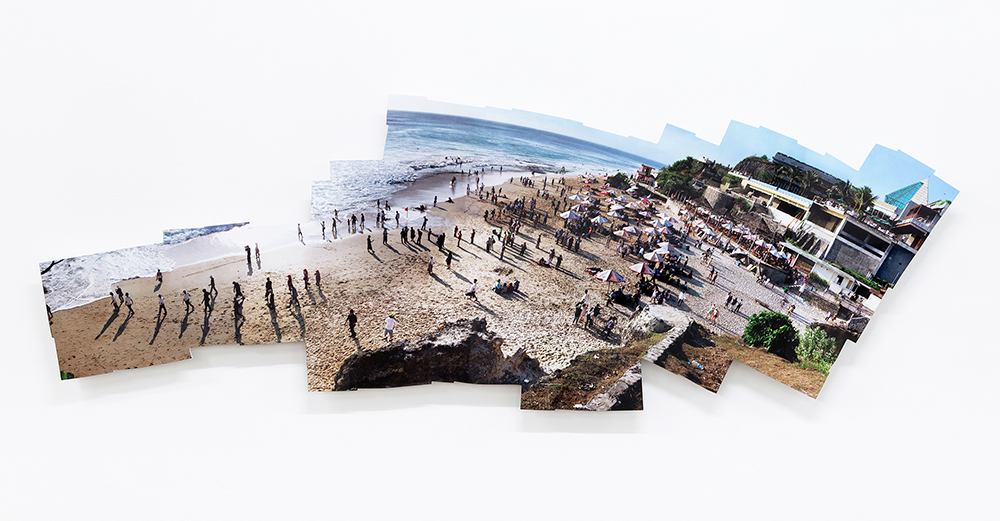 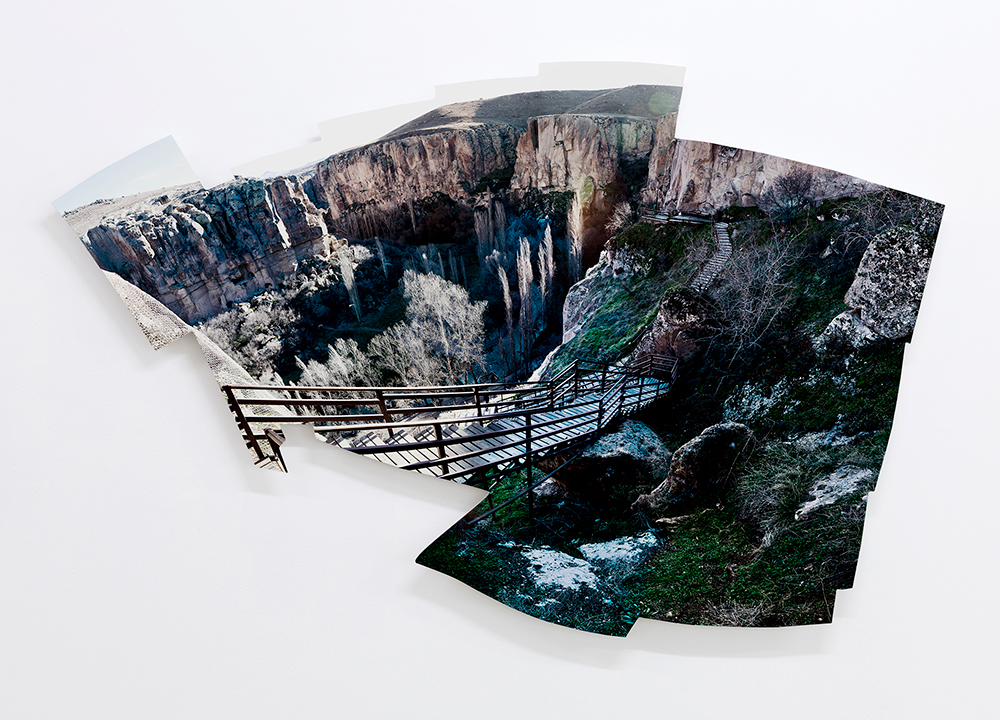 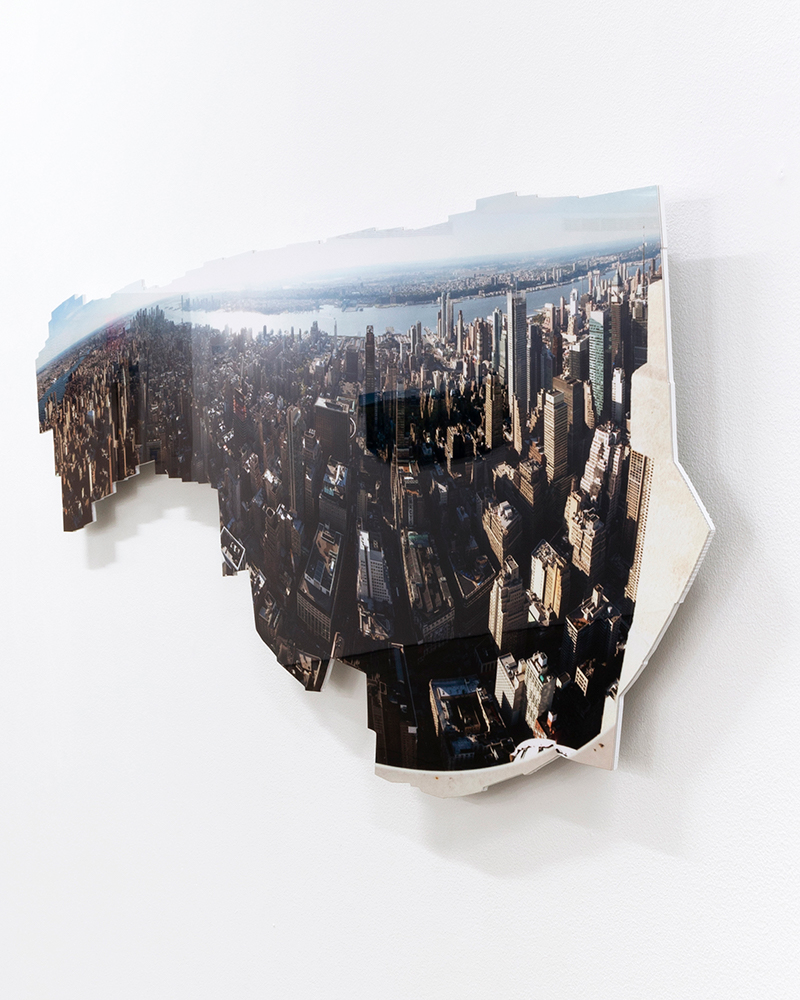 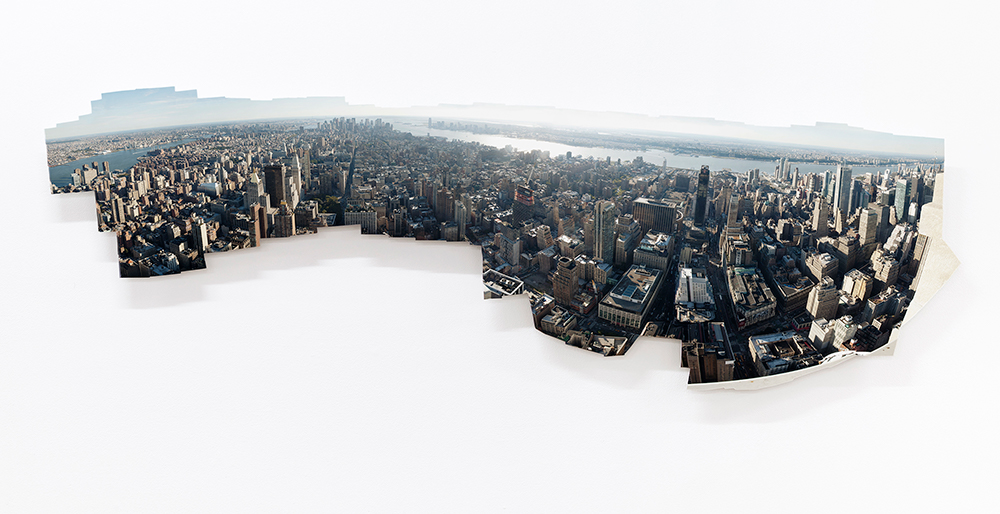 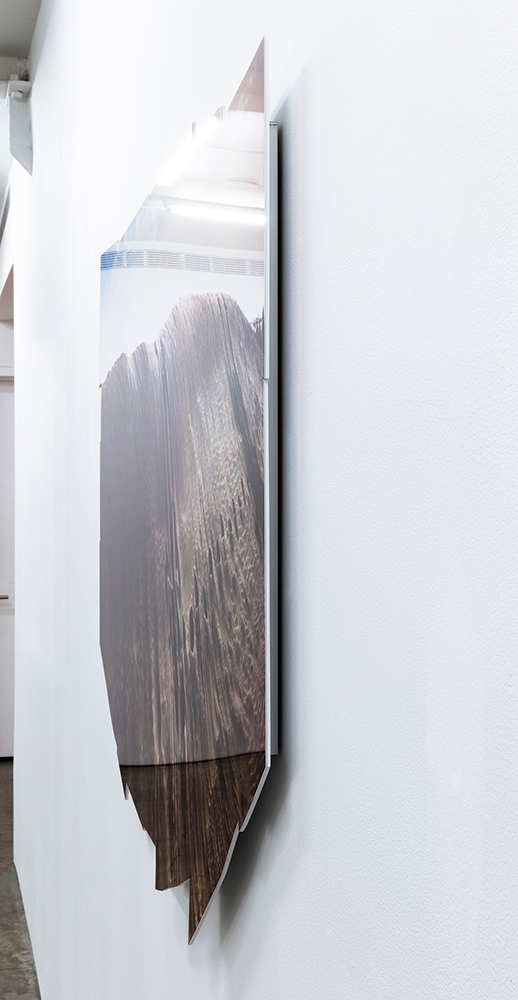 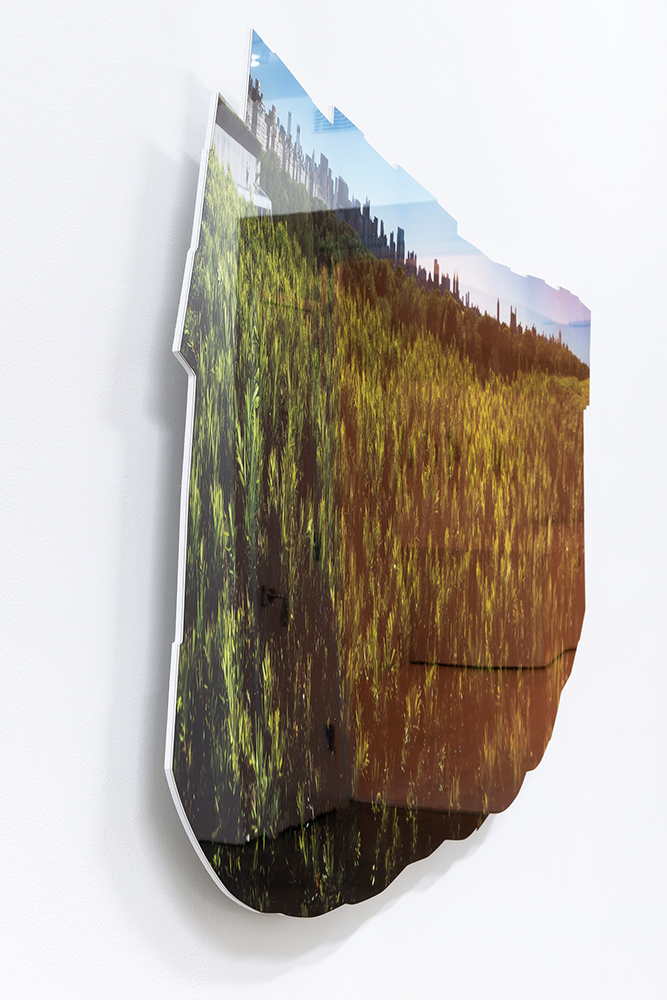 NEXT | Joe Wallace: Beginning at the End: Portraits of Dementia >
< Joanne Dugan: Multiples and Meditations | PREV