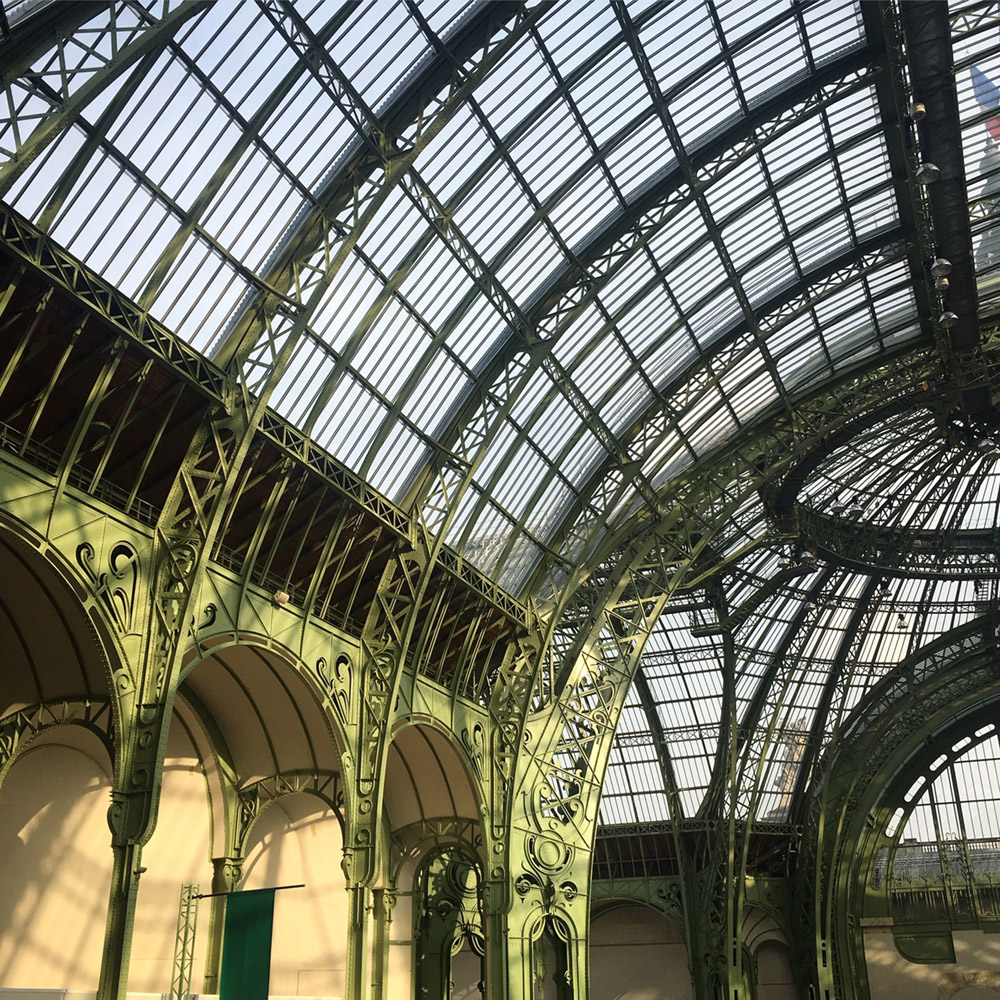 What’s not to love about Paris? The amazing food, the fantastic wine, the tree lined streets, some of the best flea markets in the world… but to us, photographers, Paris is very special in November, because we are gifted with the most brilliant photo fair, Paris Photo.

This was my favorite edition of the fair so far. The quality of the work is always outstanding, but I loved it because there was a perfect combination of the classics, and up and coming artists. I’ve seen a lot of beautiful photographs, but also a lot of photo based art, and displayed in a much more prominent way than in other years.

It is always great the see in person the prints of some of my favorite photographers, August Sander, Daido Moriyama, Antonio Reynoso, Man Ray, and Joseph Rodriguez, Robert Polidori, among others, but I will write a bit more extensively about the work I had not seen before. 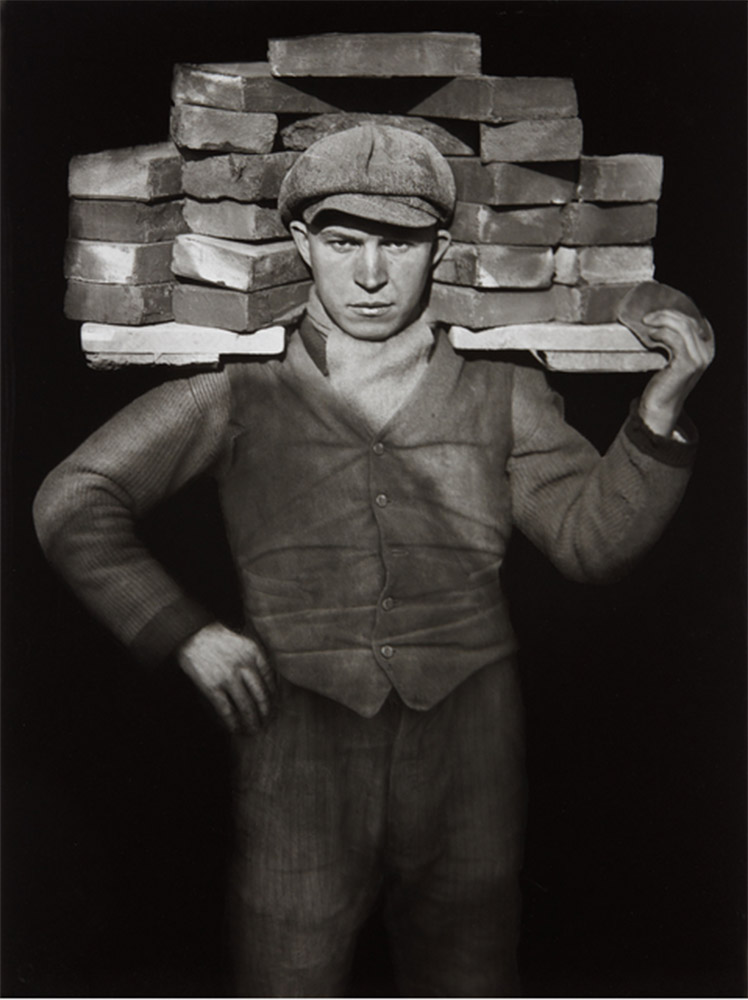 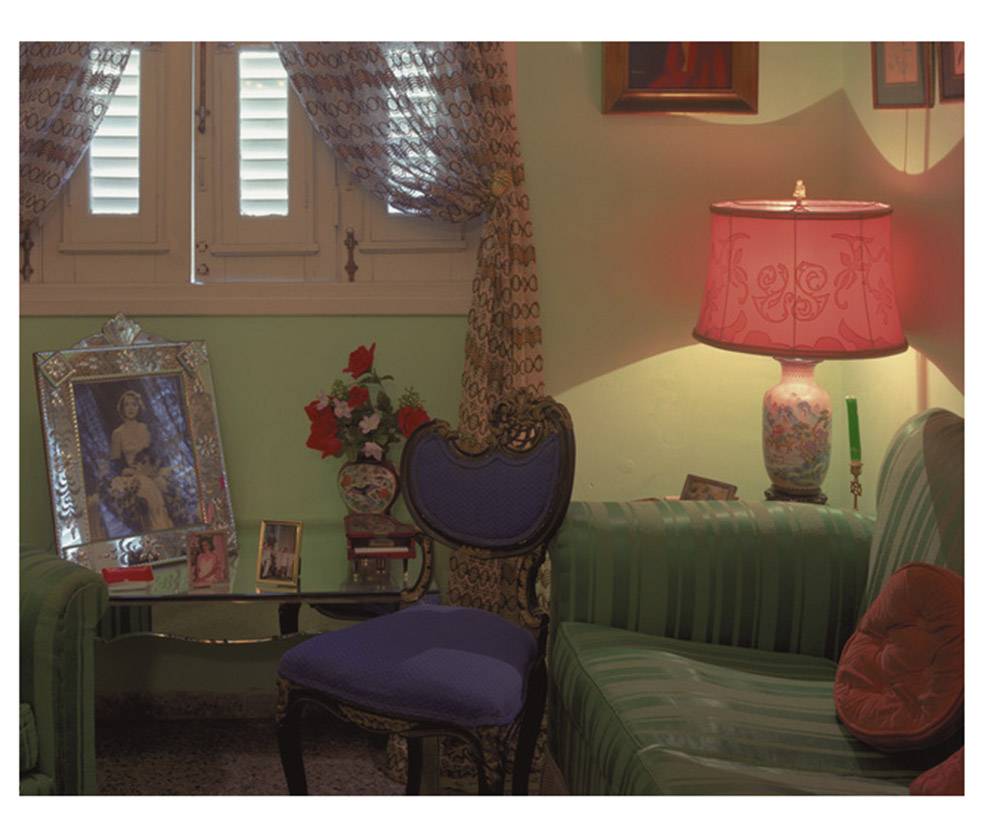 Robert Mann Gallery showed two of my favorite female artists, Julie Blackmon and Cig Harvey. I love Blackmon’s sense of humor and her photographs are so full of details that I truly enjoy looking around to see what else you can find in the frame.  Harvey is a master of light and color -her palette is exquisite and her compositions are really simple but beautiful. 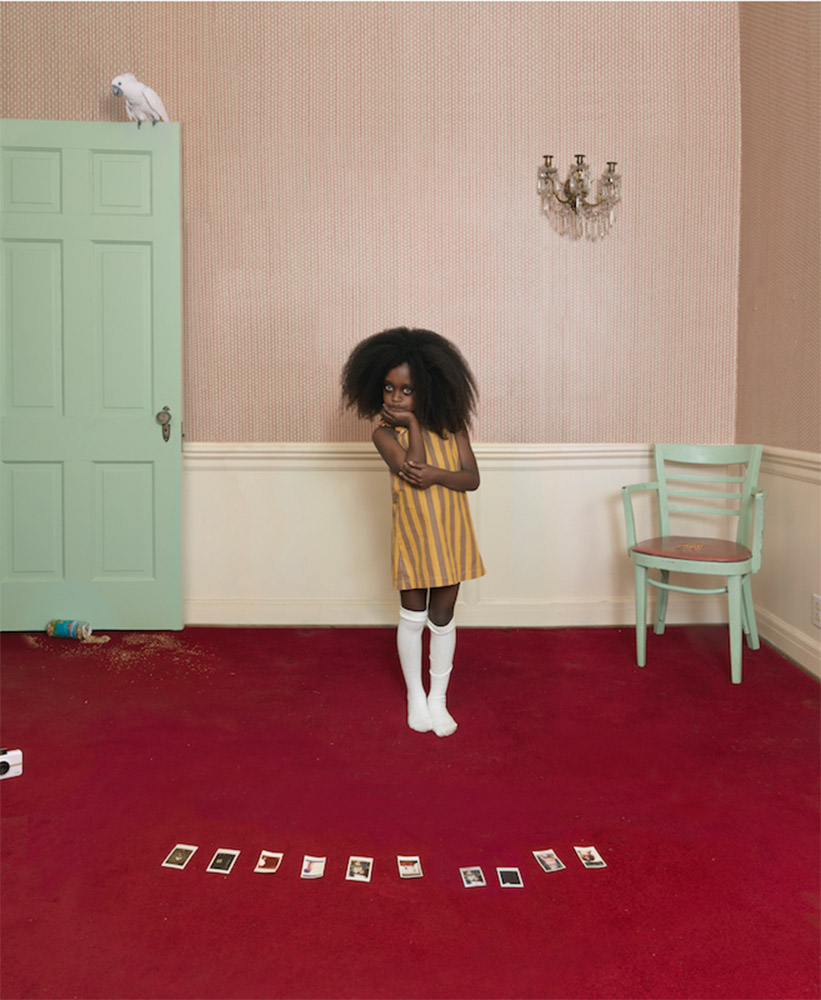 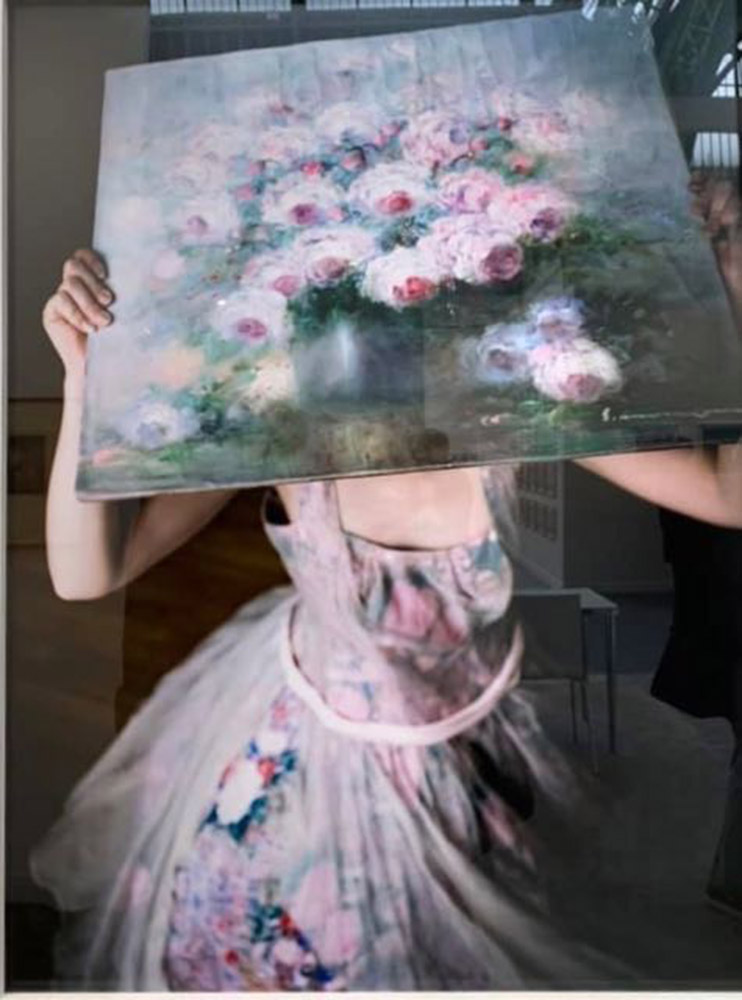 Loock Gallery, based in Berlin, had a photograph by Alec Soth, which was very interesting to see -I had not seen such a layered composition by Soth before, and I thought it was intriguing and gorgeous. I later read that this was a double exposure that he shot and how he learned to embrace the mistakes and loved it. He says “Sometimes imperfections make something even better -which is one of the reasons why I still enjoy shooting on film”. I completely agree, Alec. 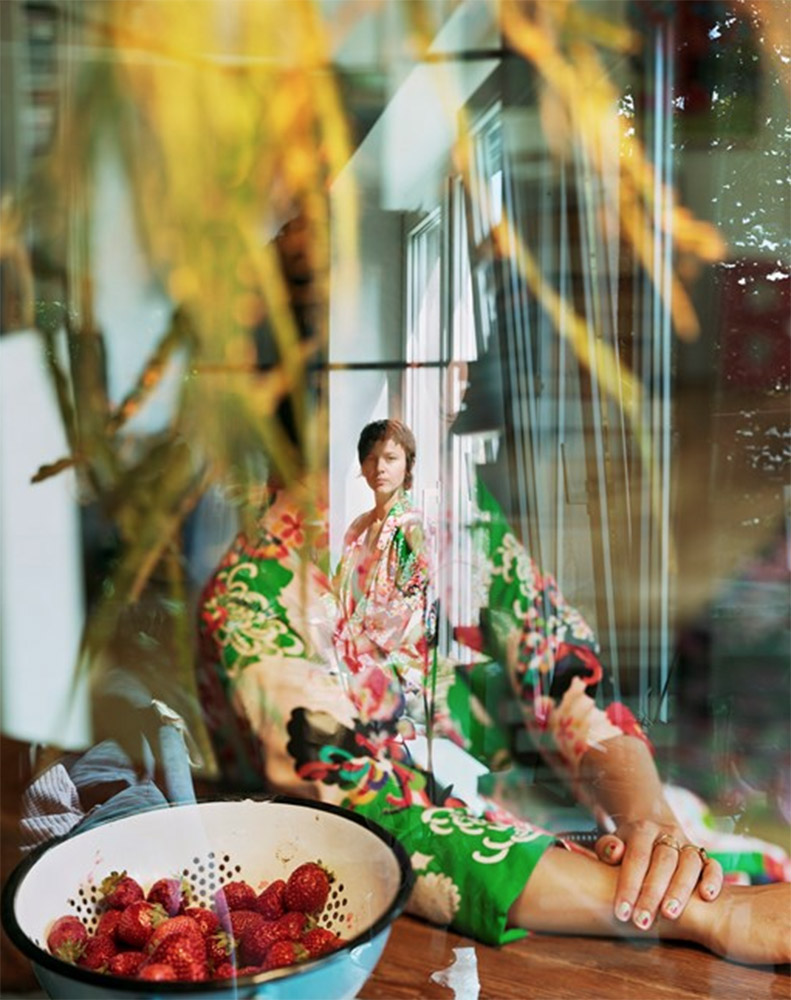 There were a lot of collages, and the ones that lingered for a long time where Katrien de Blauwer and Catherine Balet. Katrien, who is represented by Gallery Fifty One in Belgium, uses magazine images from the 1920s until the 1960s to talk about recollection. She cuts and reframes images and paste them together with others or with monochrome strips from other magazines. Her pieces are very precious and fragile, and reminded them of a film noir scene. 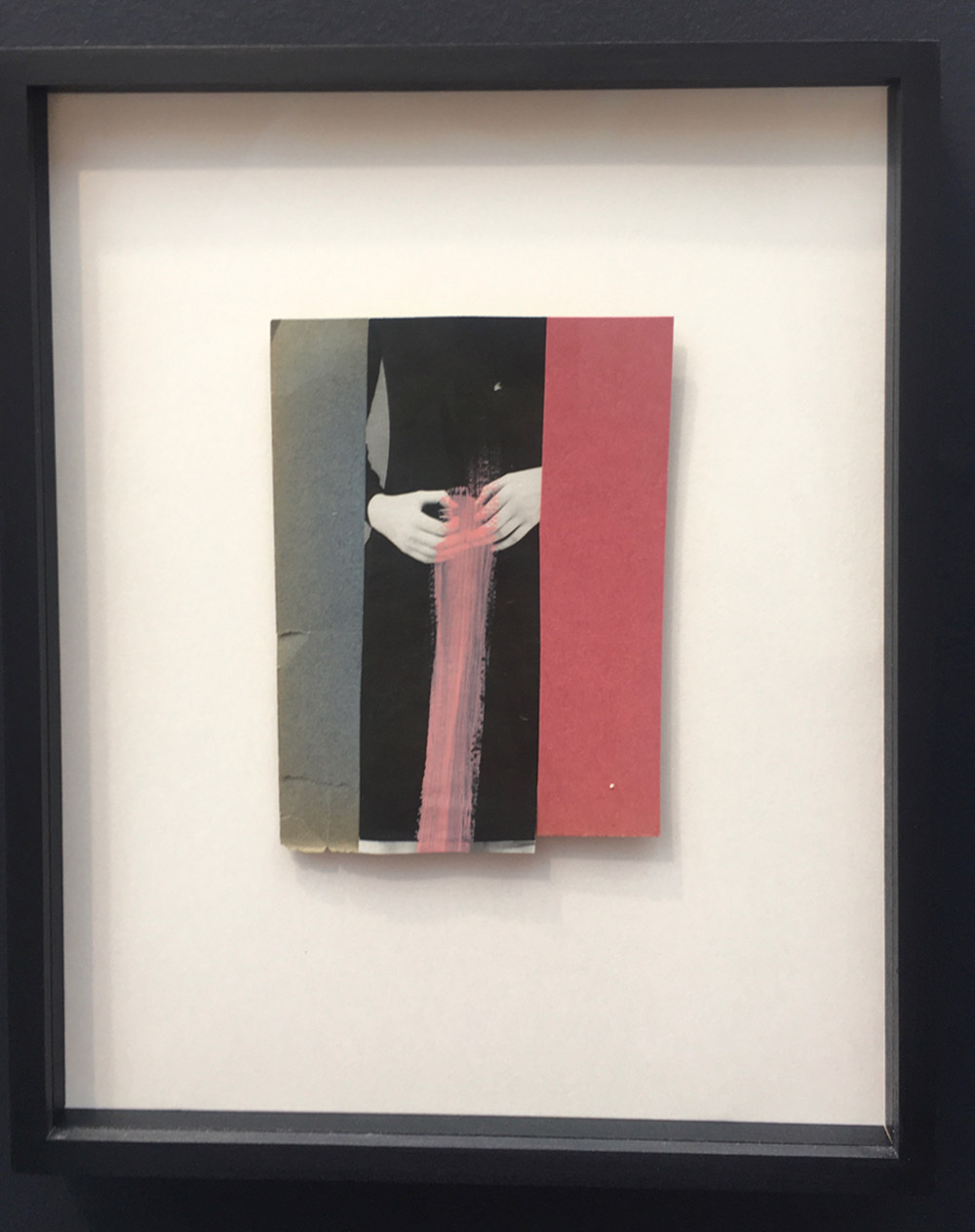 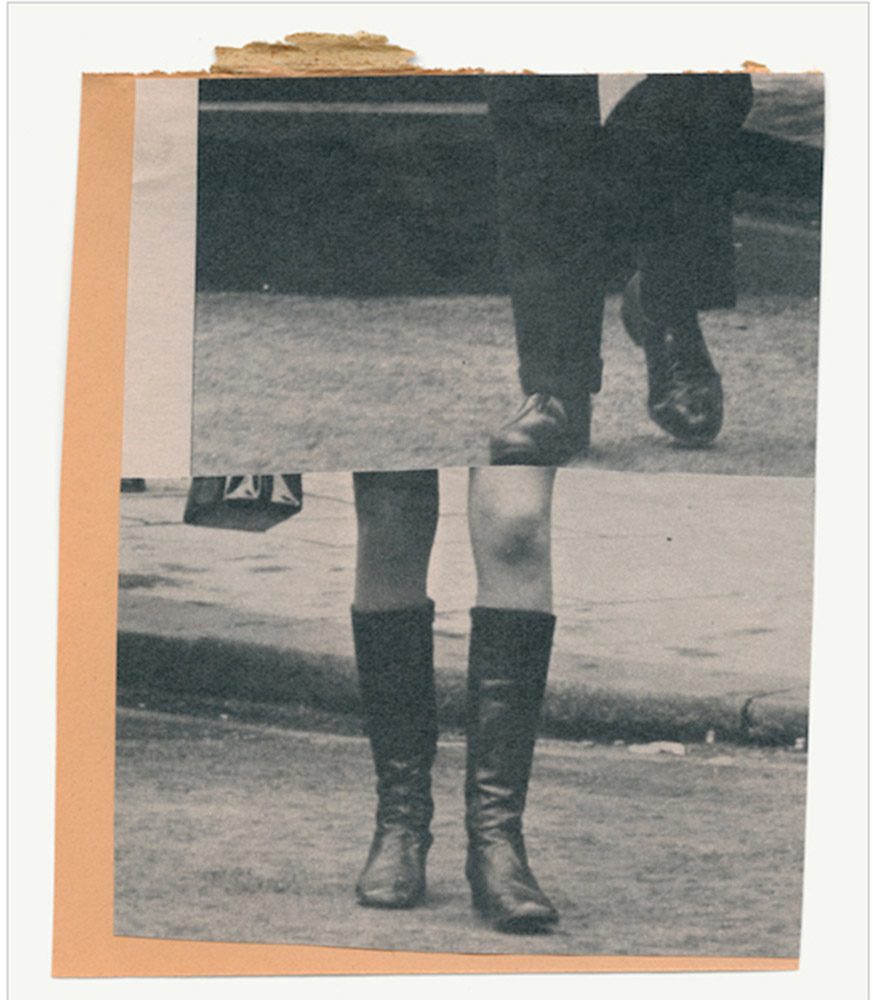 Catherine Balet was in the book sector, presented by Dewi Lewis publishing. Her collages are paintings that she made in the 90s and then abandoned, to pick them up 20 years later and create these fantastic pieces where everyone is on the same plane but seem completely isolated and disconnected from each other. Her compositions usually have different rooms where people’s stories look like they are intertwined but they do not know it. Her palette is rich and there is a very tactile feeling in them. I absolutely loved them. 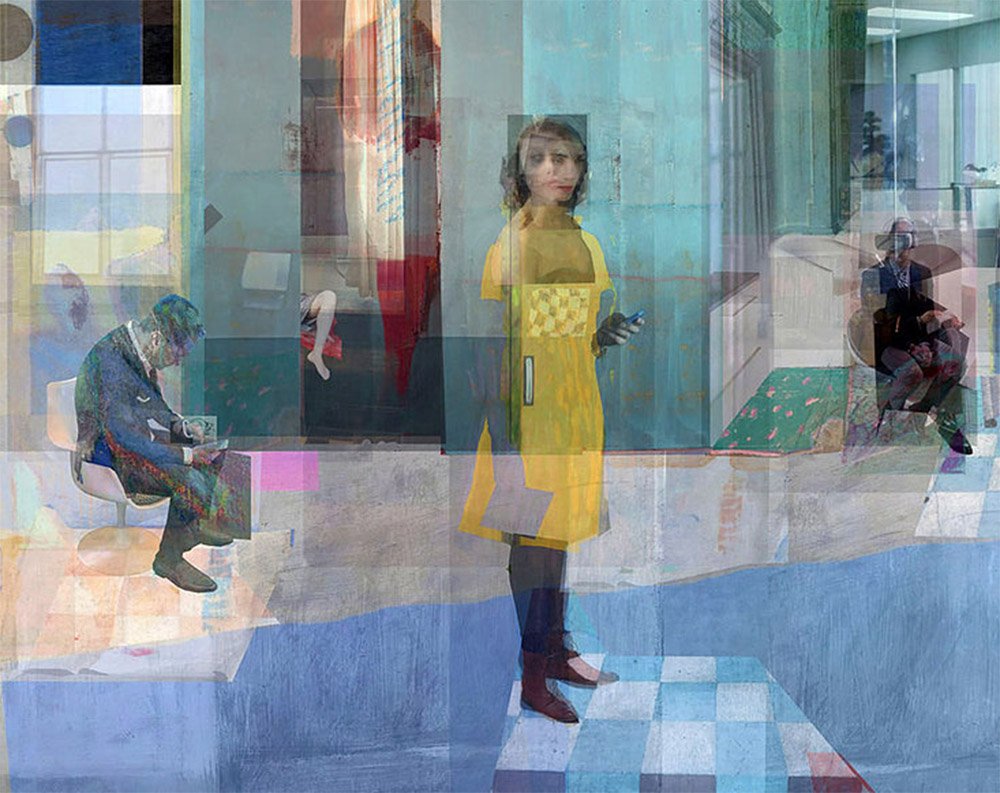 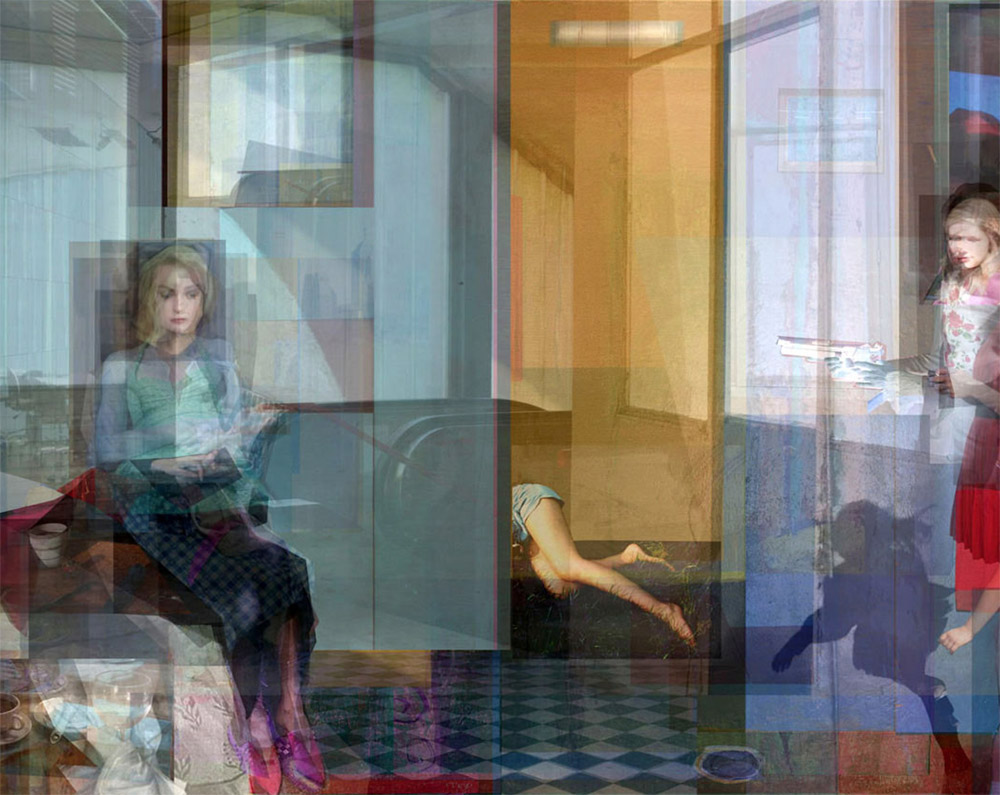 And speaking of books, I have to mention my two very favorites of the fair. Carolle Benitah’s “Jamas je ne t’oublierai”, published by L’Artiere Edizioni, is absolutely gorgeous. The gold leaf is actually on the paper of the book, so you can touch it and it feels like you are holding a real print. The spiral that holds the pages is also gold, so it’s just perfection. I have been following Carolle’s work for a few years and her creativity and imagination are endless. 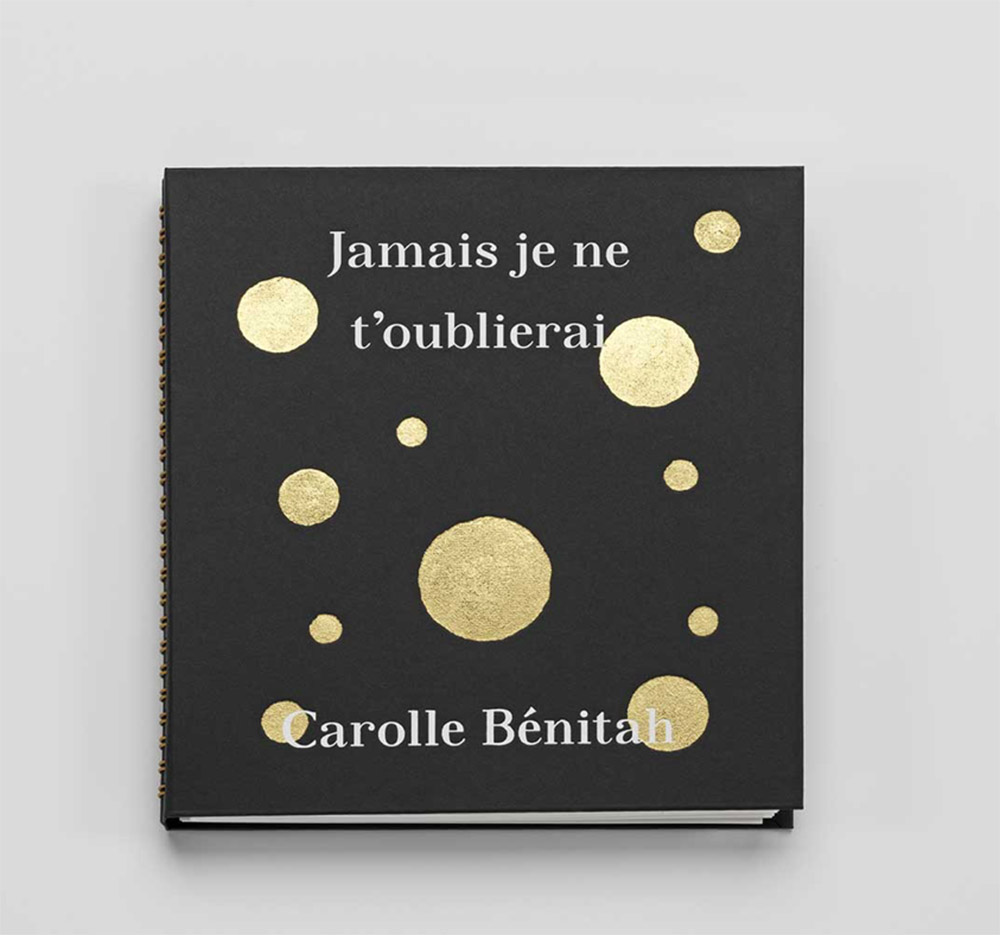 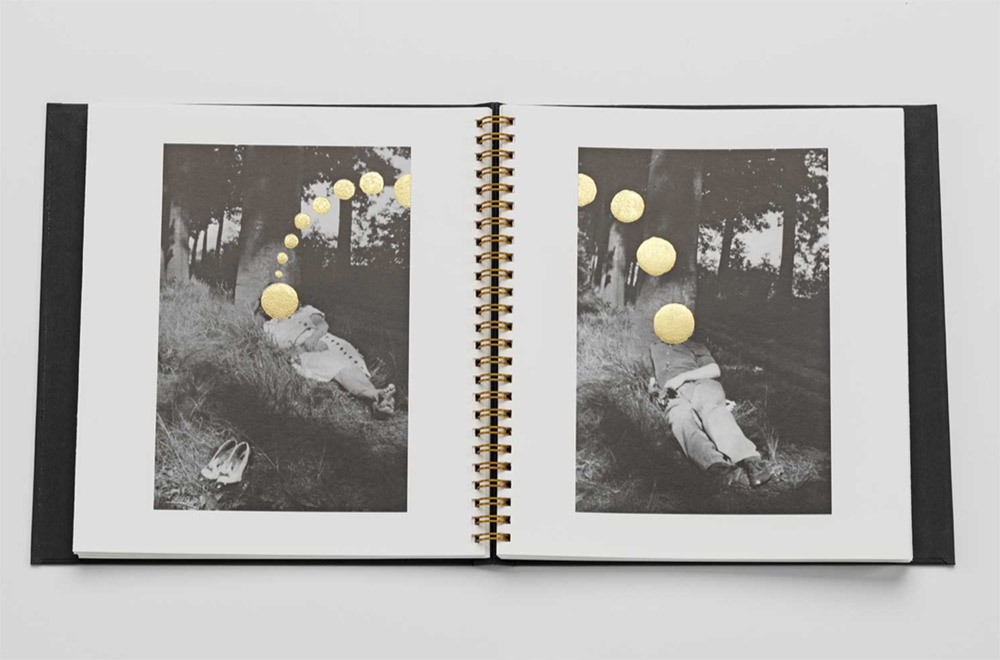 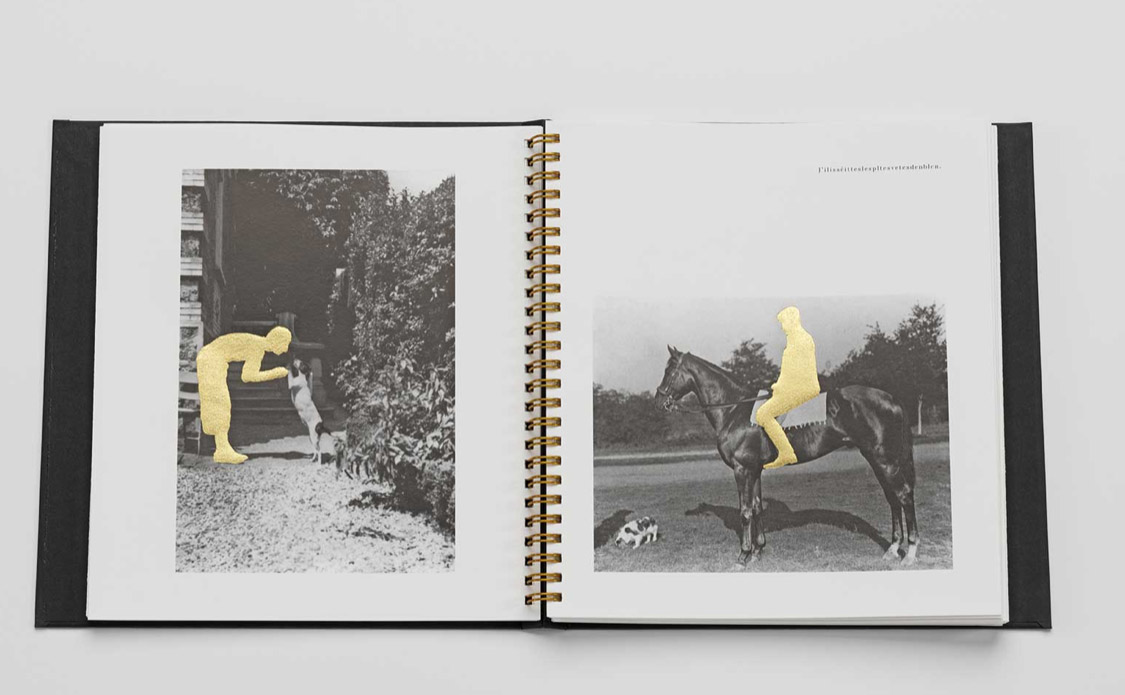 The other book, or zine, that I love is Federico Estol‘s “Héroes del brillo”. He was nominated for the Aperture Award and very deservingly. Federico is an Uruguayan photographer who did this series in Bolivia, about shoe shiners. There are 3000 shoe shiners in La Paz who go out each day in search of clients. They use ski masks so they will not be recognized around them, as they face discrimination, so they hide from their school mates and neighbors what they do for a living or to help support themselves. Their masks are their strongest identity, so Federico decided to make them look like real heroes and created a zine, Héroes del brillo (Shine Heroes), which is absolutely genius. It could easily be part of the Marvel franchise. Federico uses a big part of the proceedings to collaborate with an NGO, which helps support people in need. You really have to see it in person to appreciate how wonderful it is. 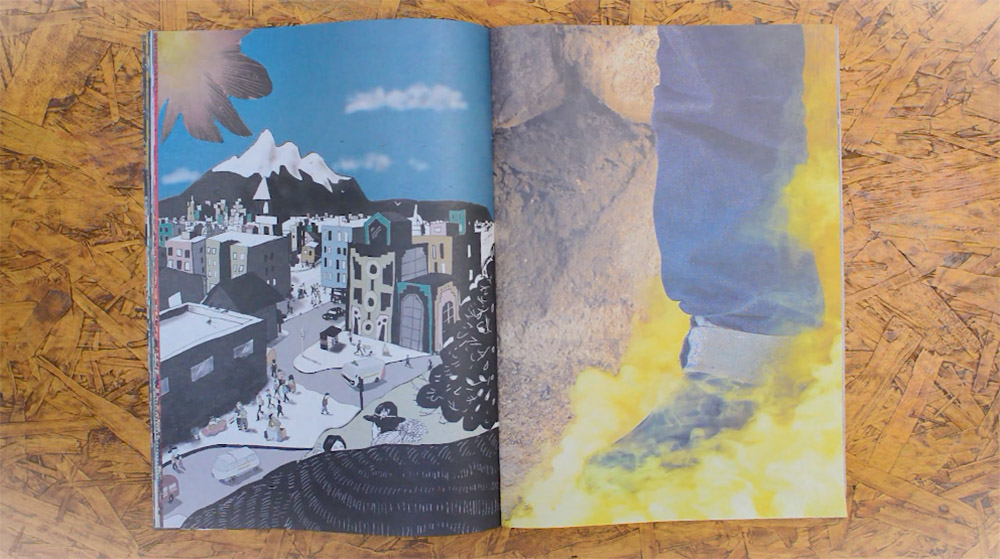 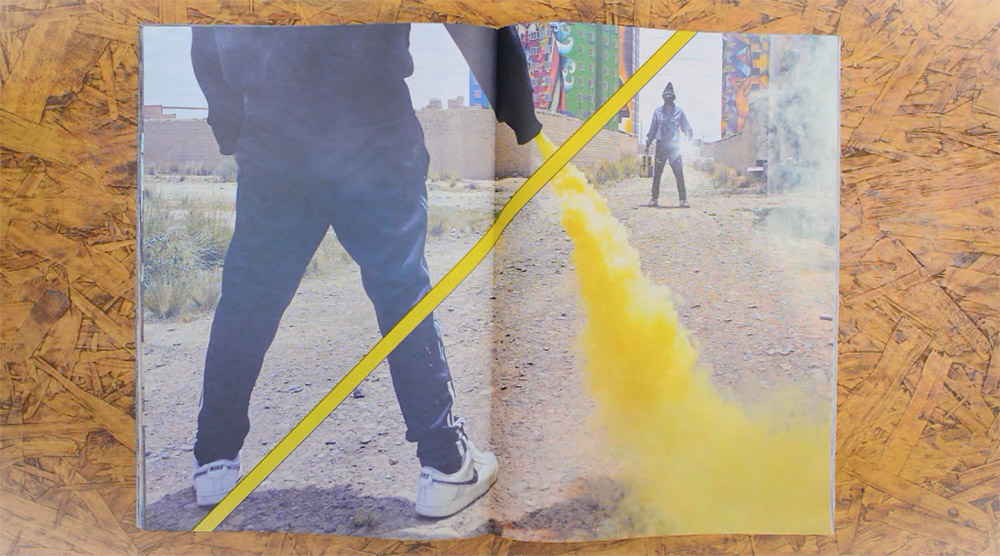 Last, but not least, is another book by Tania Franco Klein, a Mexican photographer whose book, Positive Disintegration, was just published by Editions Bessard. Her images are incredibly cinematic and her colors are rich and dark. There is an unsettling quality about them -a story in each one of her self portraits, that tell us that these stories not always have a Hollywood ending. She is having a show at Rose Gallery at Bergamot Station, which is beautiful. 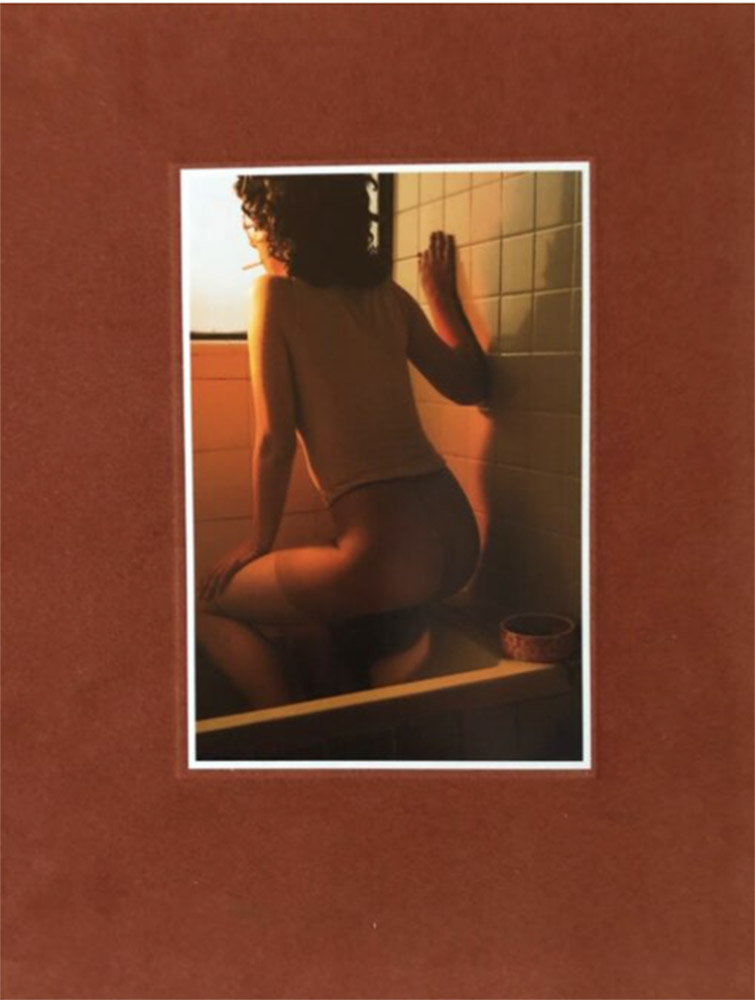 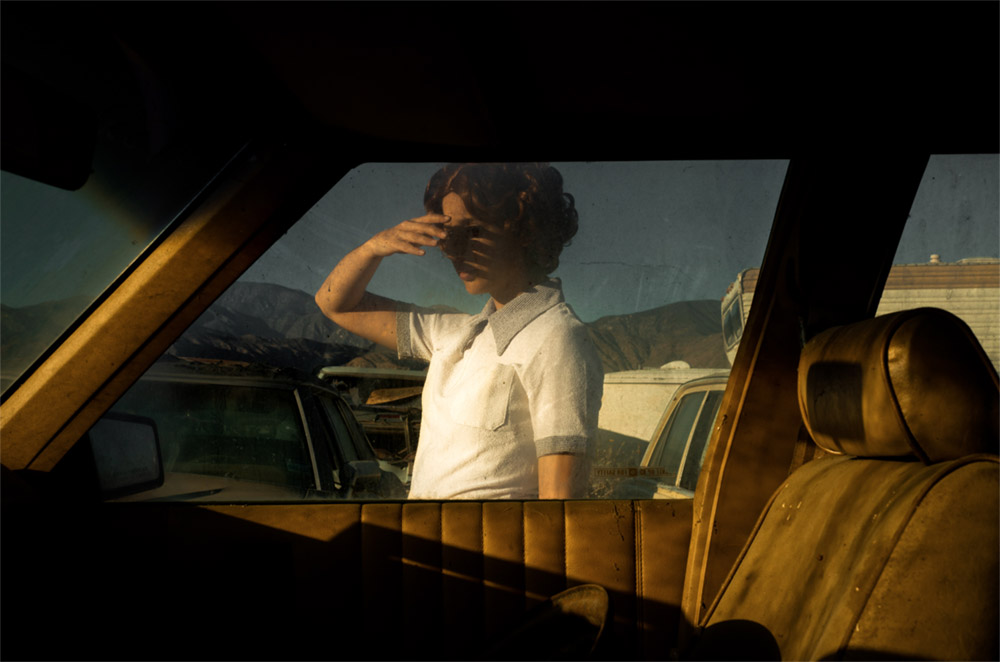 Eleonora Ronconi was born and raised in Buenos Aires, Argentina. Her work explores ideas of  memory, family and the perception of home,  based on her experiences as an immigrant with a ties to two worlds.

Her work has been selected for numerous group and solo exhibitions around the globe, including the Triton Museum, the Griffin Museum, Building Bridges Art Gallery, Rayko Photo Center, Verve Gallery and San Francisco Arts Commission in the US, Festival de la Luz in Buenos Aires, and Fotofever in Paris. Her first solo exhibition was in her native Buenos Aires in 2009.

Her photographs have been featured in publications such as A Photo Editor, Aesthetica Magazine, Le Journal de la Photographie, Palo Alto Weekly, Lenscratch and Fraction Magazine among others. She has lived and worked in California since 1998.