Cristina Fontsaré: A Crack in the Mirror by Aline SmithsonDecember 20, 2019 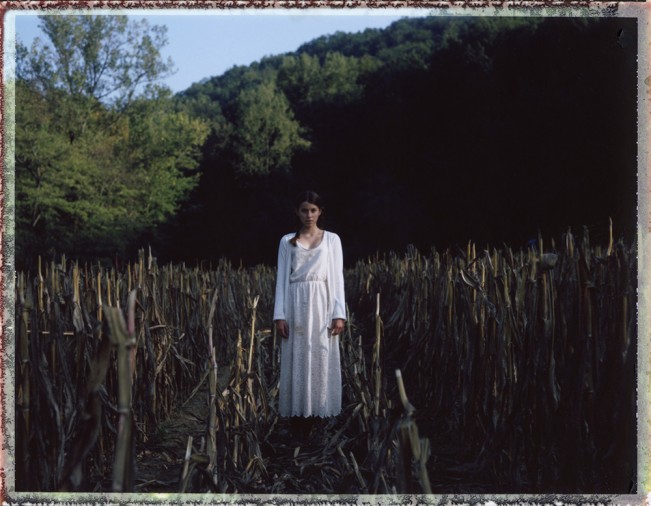 ©Cristina Fontsaré, Laia at eleven as an appearance, 2018

One of the many gifts of being a photographer are the friendships that develop simply because we hold a camera. This summer, while attending Les Rencontres De La Photographie
in Arles, I had the wonderful opportunity to spend time with Spanish photographer Cristina Fontsaré. Cristina has a legacy of using Polaroid instant photography to document her daughters and their friends–a photographic process that fades and shifts and is never stable, beautifully matches the fragility of the child, ever developing and morphing into new incarnations of self. Her series, A Crack in the Mirror, echoes an earlier project, Once Upon A Time In My Life, with photographs that are formal, dream-like, and quiet portraits of a particular age. She so beautifully articulates her thinking here, “I am interested in those moments of transition between one evolutionary stage and another, highlighting the imaginary world of childhood that is invisible to the adult gaze, the beauty and fragility of puberty, the contradictions and lights and shadows of growth, the things we leave behind, the adaptation to change, the new incipient subjectivity and the psychological changes that will come and that will distance you from your closest environment: the family, where everything begins and everything ends.“

A Crack in the Mirror won the portfolio series award at IV Bipa, Barcelona International Photography Awards 2019 and is on exhibition at Galeria Valid Foto until the end of December.

Cristina also has a new book of a different project, Night Years, that is sold as a Limited edition of 22 copies, each comprised  of a signed and numbered first edition of the book, housed in a case with a C-type print, signed and numbered. Choose your print between the two options. Self published and printed in Barcelona by The Folio Club. 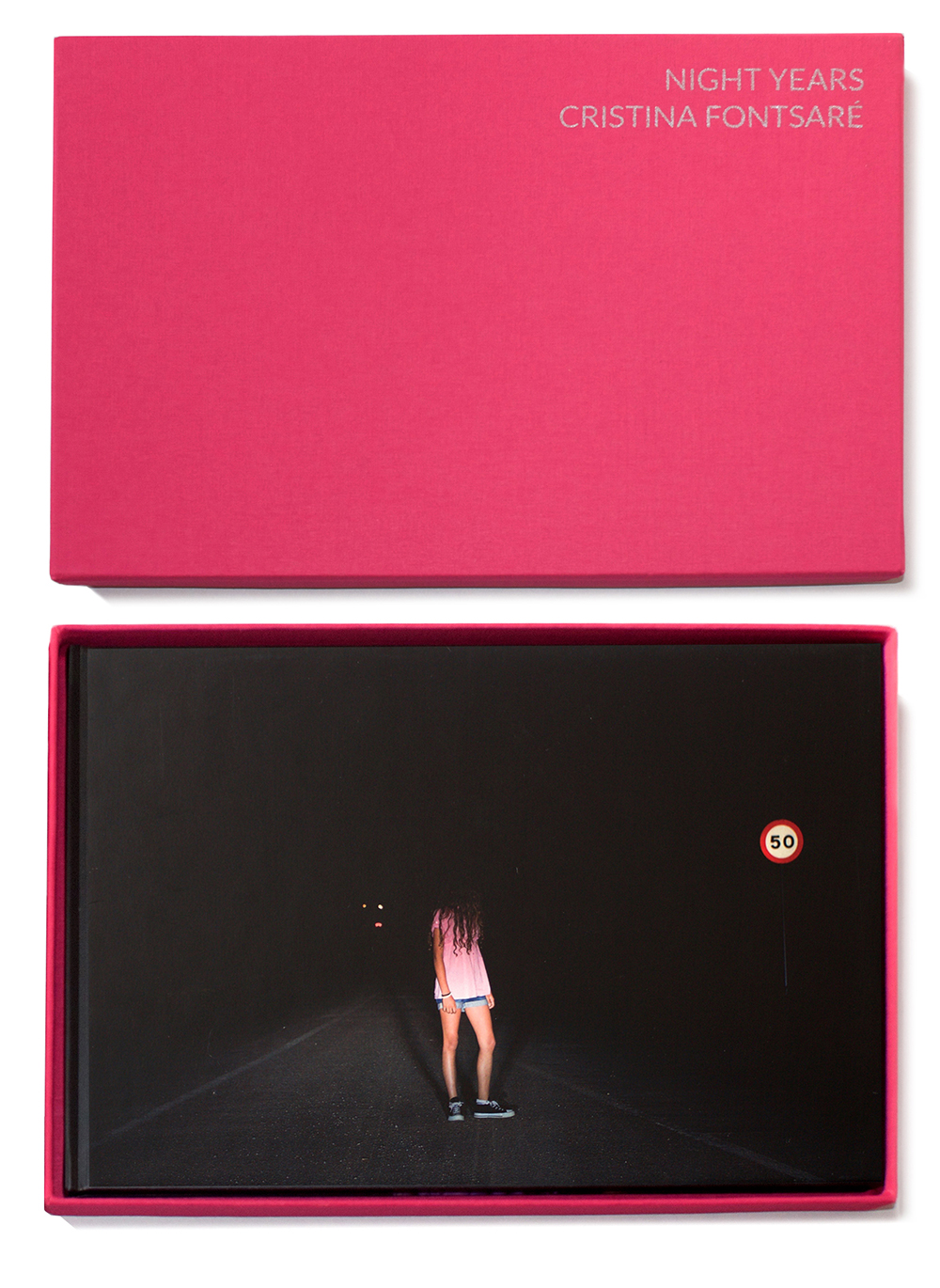 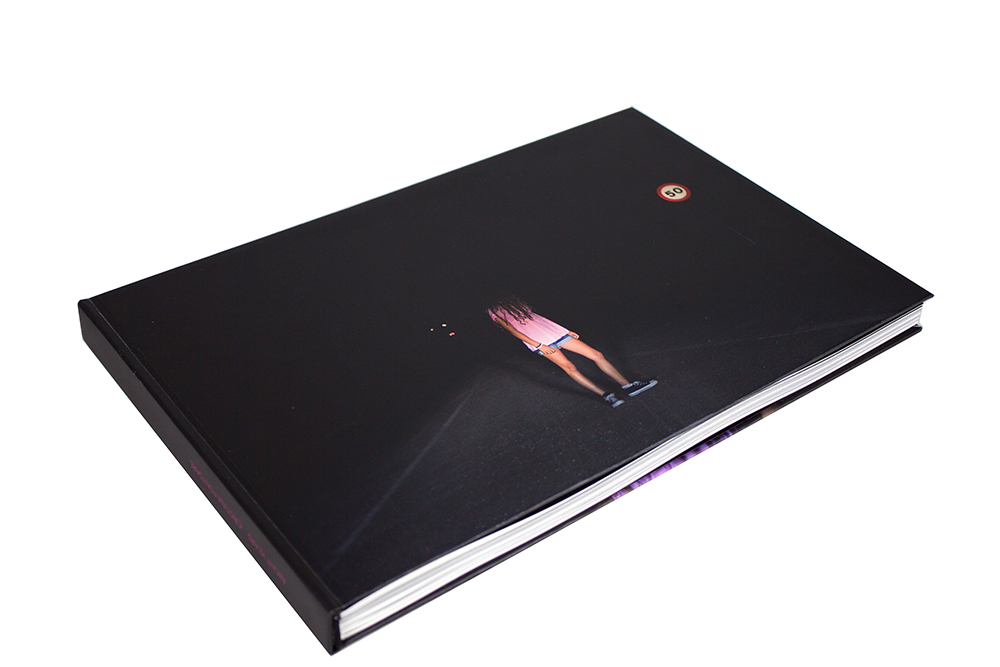 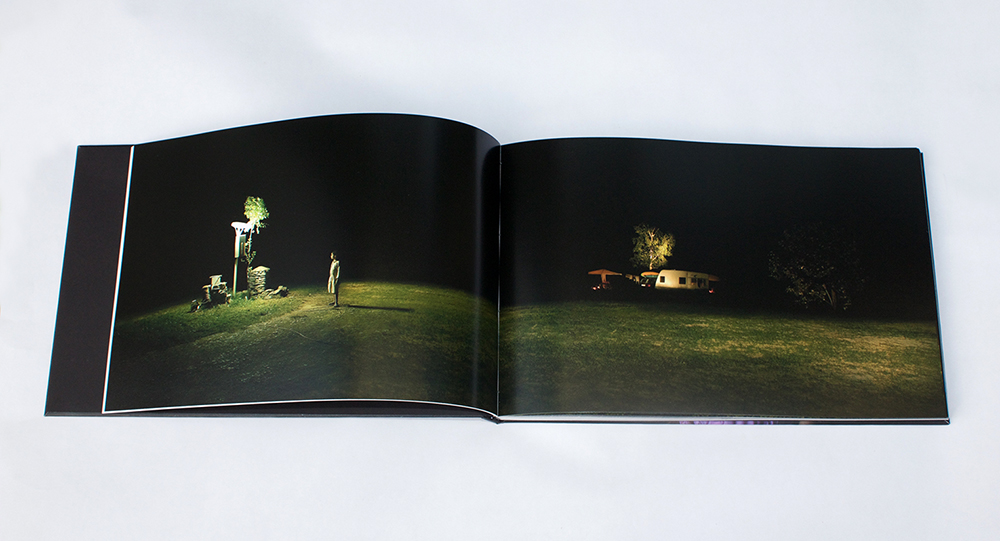 A Crack in the Mirror

The intention of my project, A Crack in the Mirror, is to have a look at childhood, puberty and adolescence, through the annual practice of  photographing the same girls every year.

The images more than describe, evoke the enigmas of childhood. The idea is to build a life diary that reflects the changes in each of the stages of metamorphosis growth through which girls have to go from childhood to adulthood. We create situations through the game that are between reality and fiction, where the game is more real than reality.

I am interested in those moments of transition between one evolutionary stage and another, highlighting the imaginary world of childhood that is invisible to the adult gaze, the beauty and fragility of puberty, the contradictions and lights and shadows of growth, the things we leave behind, the adaptation to change, the new incipient subjectivity and the psychological changes that will come and that will distance you from your closest environment: the family, where everything begins and everything ends. 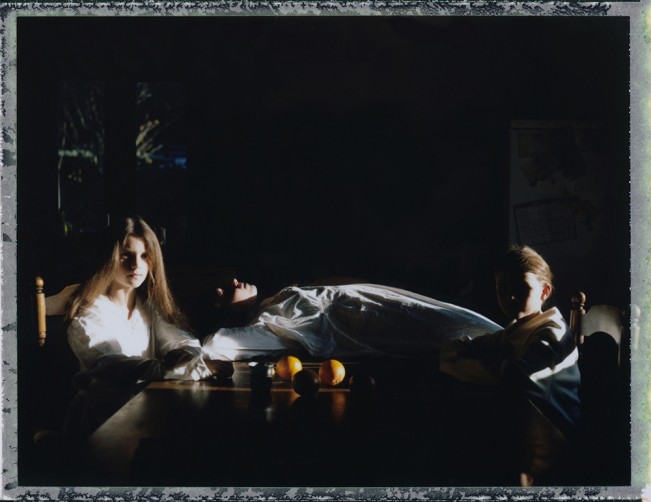 Cristina Fontsaré was born in Barcelona. At nineteen she moved to London and then to Paris where she studied French Literature at Sorbonne University. After several years abroad,  she returned to her hometown where she graduated in Art History and Fine Arts, specializing in sculpture.

She discovered photography almost by accident in her early thirties, when she was studying for a
Master´s Degree in Landscape Architecture that led her to document topographies and places in different stages of transformation that she photographed as  large panoramas that later intervened with drawing. Suddenly she realized that this medium allowed her a more intimate relationship and involvement with herself, with her work and as a consequence with the viewer.

A new world opened up in which she could explain things in a different way, from another place, from the most emotional and intuitive. 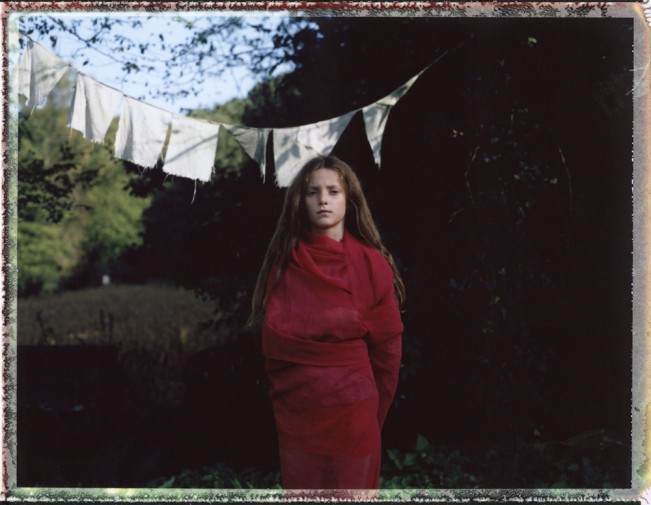 In 2006 she began the first series of night photographs “I am not promising you a wonderful world” where she focused in the physiological potential of the territories between the threshold of nature and artifice. She chooses places that are familiar to her, close to her home and where she travels daily. At first glance the personal seems absent, but when we revise the images, we realize that it is precisely that absence that betrays an always latent presence. She introduces an element that will become characteristic of her work: the presence of an unstated narrative that makes these into visual stories rather than static photographs.

She realizes how things change at night, how reality transforms during those hours. She uses reality as a starting point to create another reality, a simulated one, which comes from her imagination. 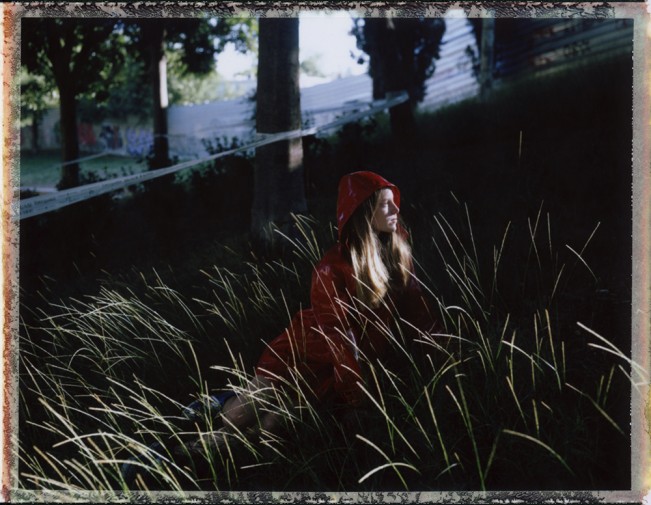 The same treatment receives the architecture of extraradio (suburbs) as a cinematographic poetry which speaks in English: petrol stations, luminous signs, swimming pools, isolated houses and sports centers that as a symbol of globalization, stand as post-industrial dolmens (a megalithic tomb), witnesses of their time with their rigid geometry that is cut over a cobalt blue sky, and saturated with light that seems to radiate the last flashes before melting into nothingness.

Her work takes a turn and changes when her daughter is born and leaves the city to life in the countryside.  Now, her work focuses on the cycles of life, metamorphosis, the magic in the everyday life and the ephemeral. 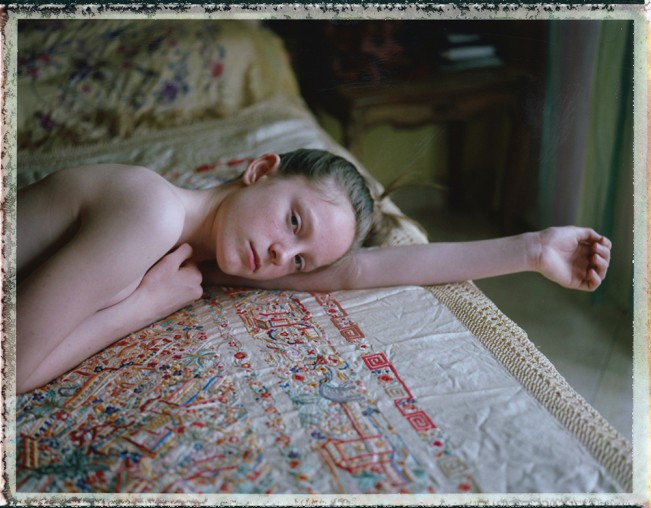 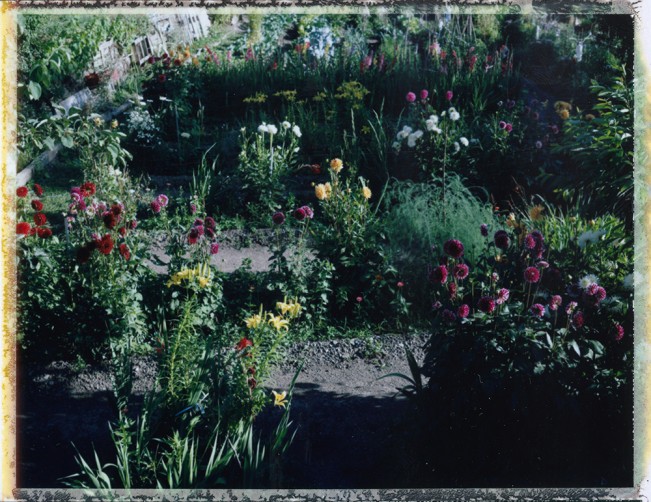 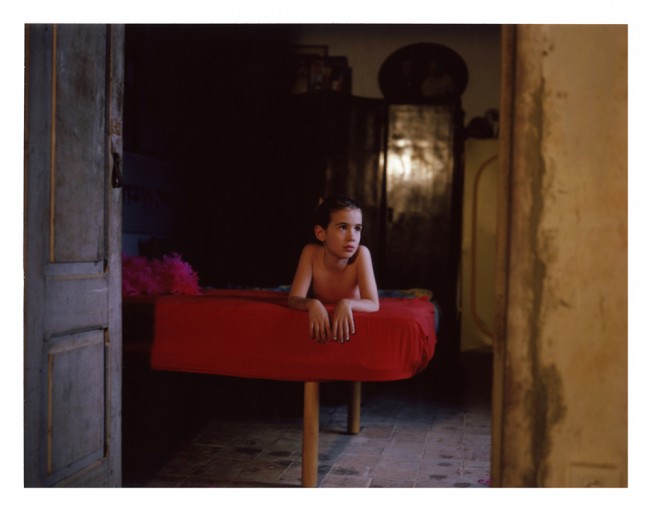 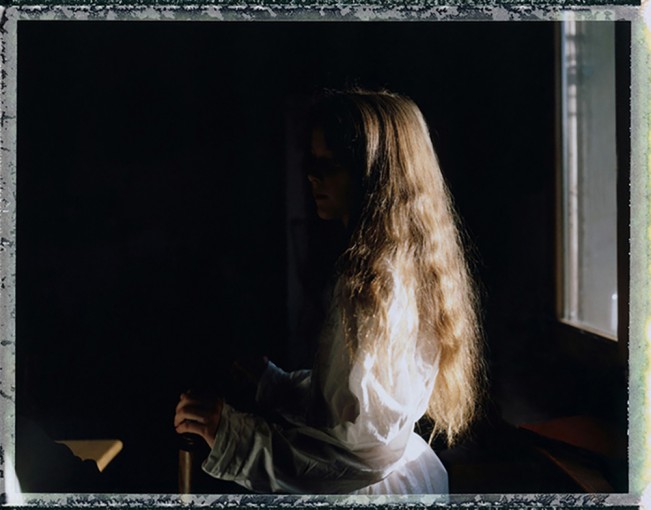 ©Cristina Fontsaré, In the meantime, 2018 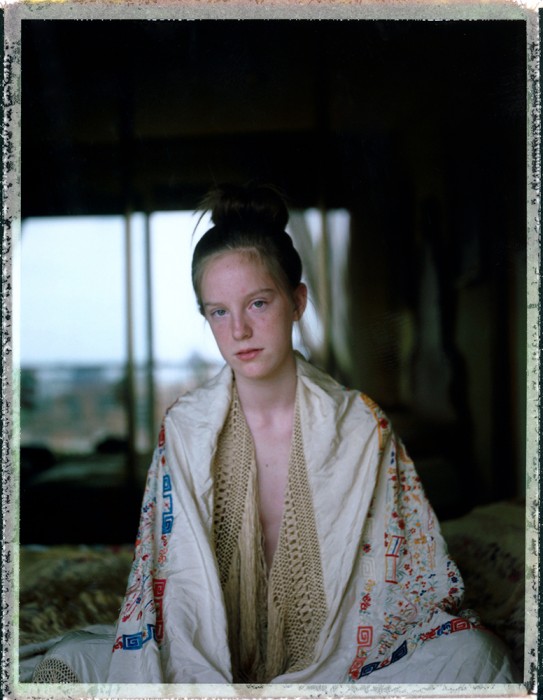 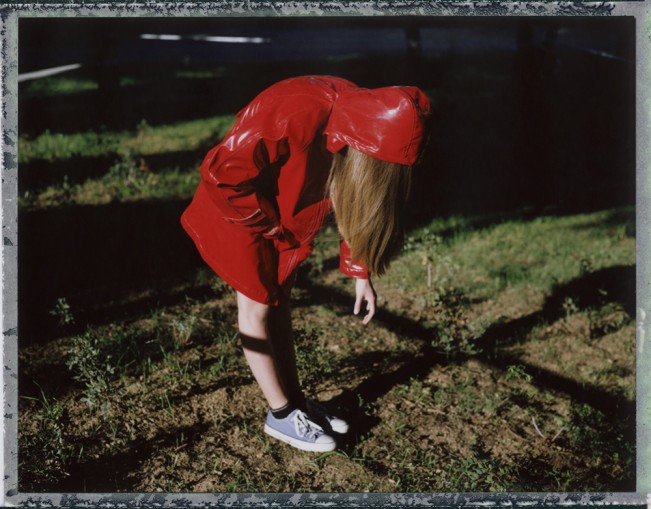 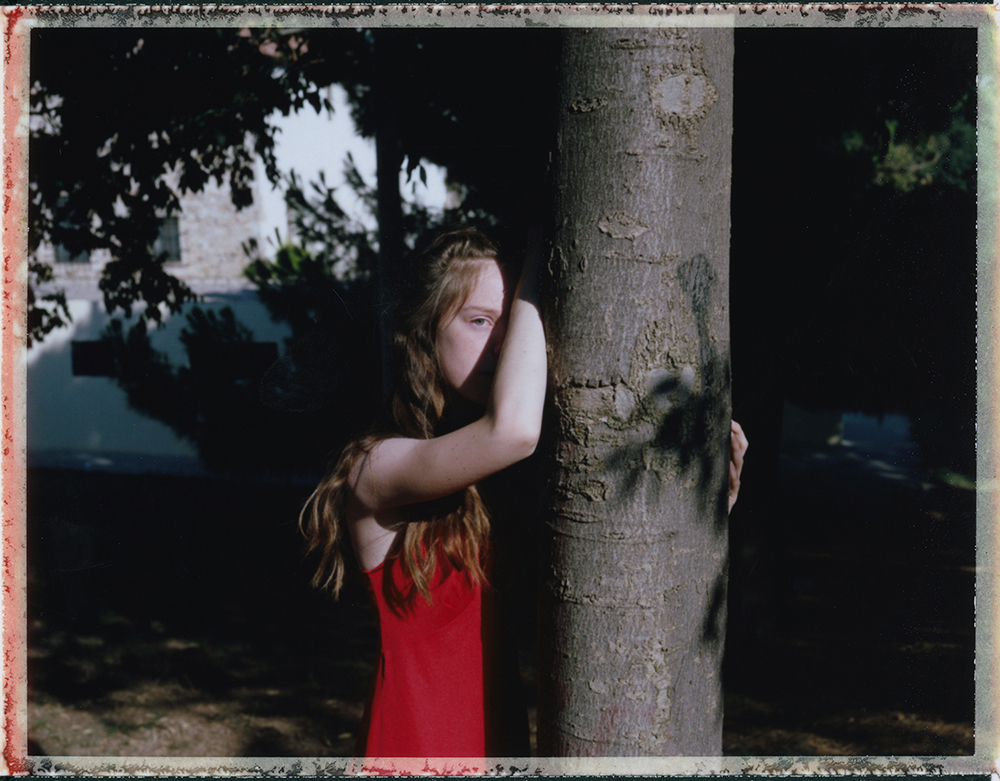 ©Cristina Fontsaré, Inside the forest at fifteen, 2019 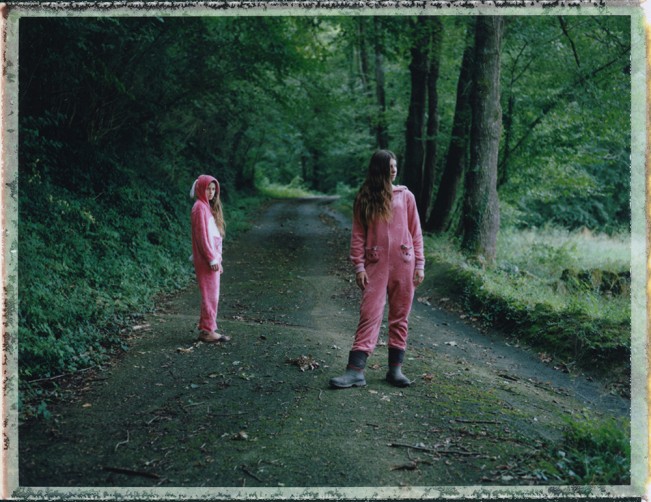 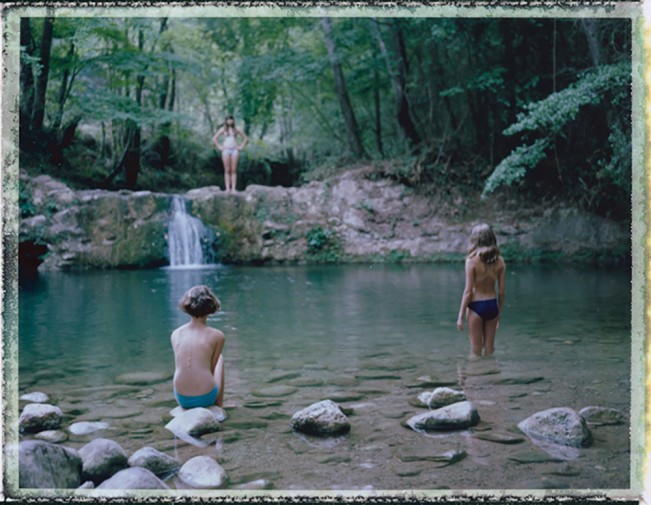 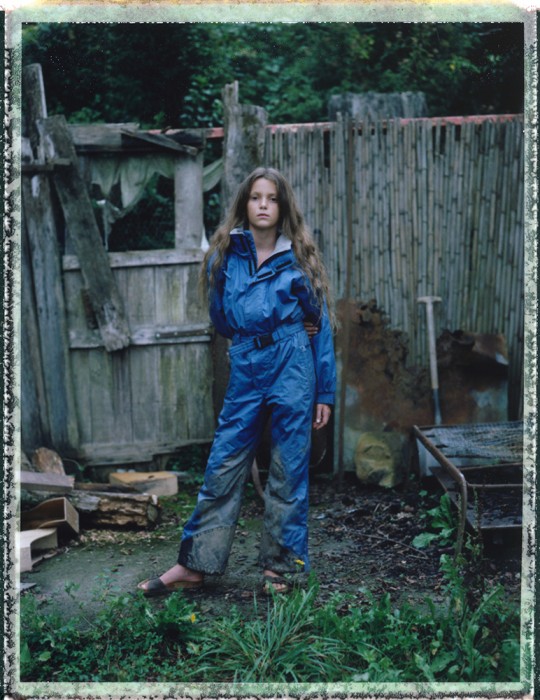 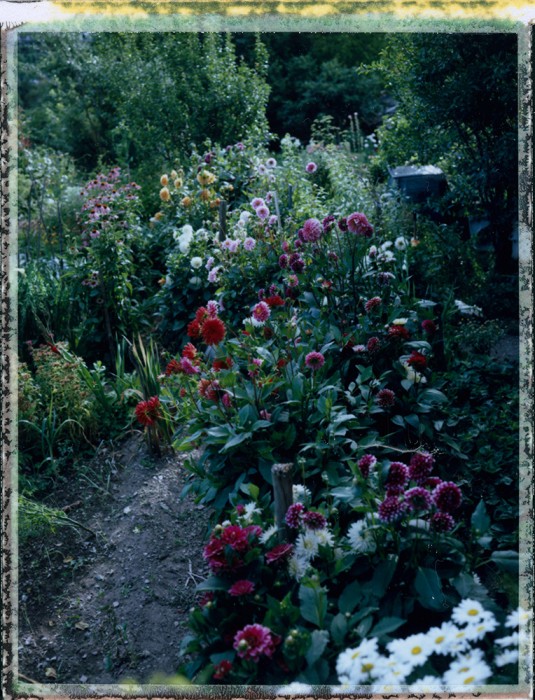