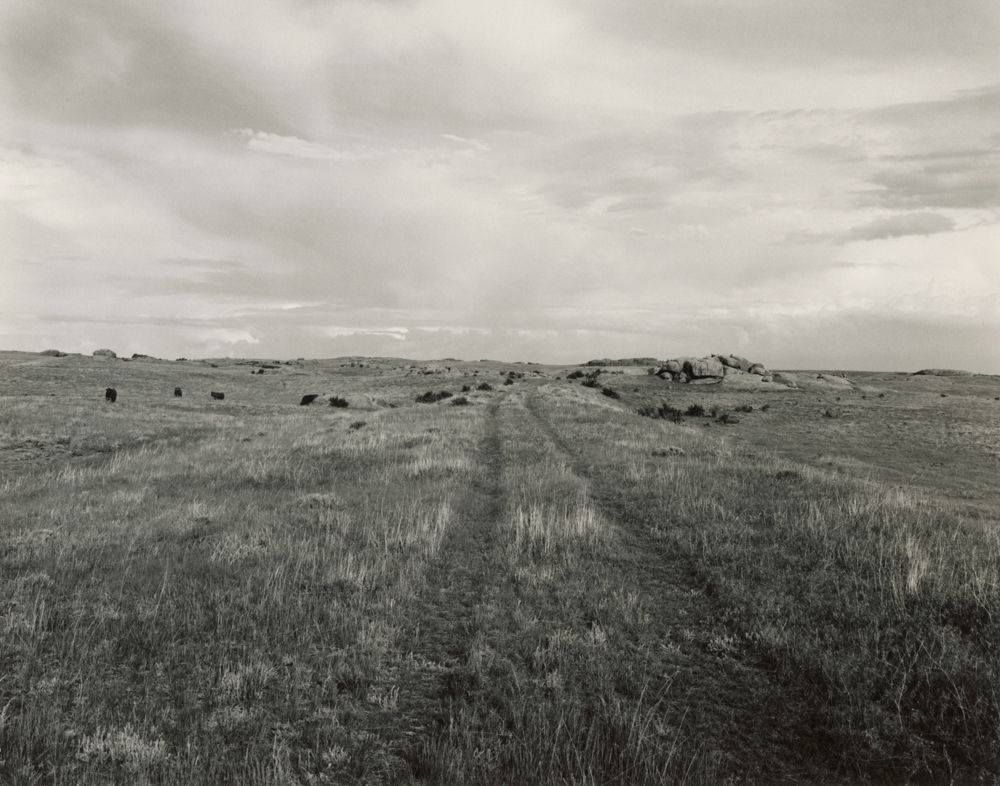 I’m sure for many Lenscratch readers, the work of Mark Ruwedel will need no introduction. It is a privilege to be able to include his project, Westward, Course of Empire, in this week’s series of posts dedicated to artists investigating history in the landscape. One thing all of the artists I am going to highlight for you this week have in common is that we tend to think of the landscape as a palimpsest. We are, in a sense, archeologists with cameras, sifting through the layers of history that remain visible (or sometimes not) in the landscape. Our motivations for seeking out such obscure evidence of the past may all be different, and I do not claim to know exactly why Mark Ruwedel obsessively searched for and photographed the remnants of an abandoned rail system that once crisscrossed North America. Perhaps it was an effort to make images that look backward and forward at the same time – asking questions about the future and wondering if we cannot learn more from the past. Regardless of the reason, the result is a body of work so complete that it mirrors the effort of those that built the railroads in the first place, blasting through mountains and traversing water-less plains for the sake of “Manifest Destiny.” Ruwedel’s photographs are also clearly in conversation with the great photographers that documented the original push westward; photographers like A.J. Russell, Carleton Watkins, and William Henry Jackson, adding yet another layer of history to these images. But aside from the sheer comprehensiveness of Westward, the best part about this project is that literally every single image in it is stunning. For these reasons, I am honored to present Mark Ruwedel’s Westward, Course of Empire. 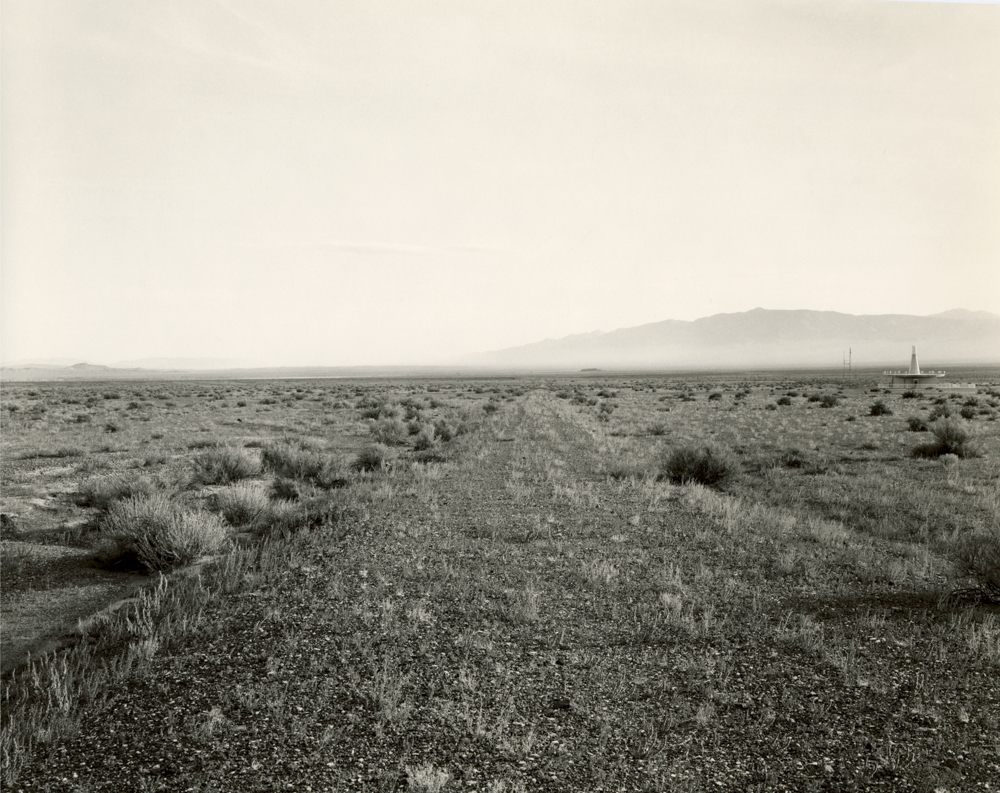 Mark Ruwedel is an artist who has been photographing American deserts and other remote locations for over 25 years, pursuing epic-scaled projects on railroad construction, Pre-Columbian sites, the landscapes of nuclear weapons, and more recently, failed attempts to live in the harsh environment of the desert.

With an affinity for stark, barren landscapes that are otherwise uninhabited, Ruwedel found solace in the desert as it soon became his primary field of inquiry to explore subtle perceptions about the historical versus contemporary in landscape photography.

Influenced by photographers Lewis Baltz and Robert Adams, Ruwedel’s works do not only overlap the ideas of the landscape and histories the place represents, but also the histories of picture-making. He uses land as a suitable place for social inquisition by studying each intricate history of the American or Canadian West and producing mesmerizing black-and-white photographs of the grades, cuts, tunnels, trestles, and craters of his immediate surroundings to reveal narratives—both geological and human—contained within. The images are wrought with history as the land reveals itself as being both an agent of geological processes and a field of human endeavor.

Ruwedel is currently photographing in and around Los Angeles. 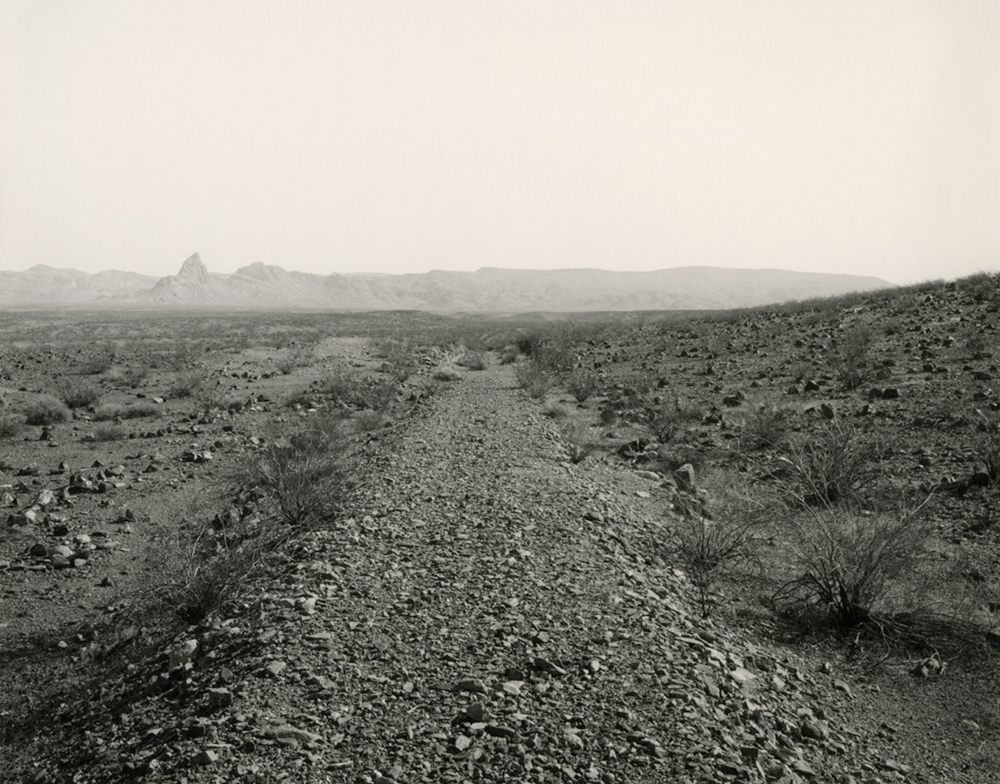 Throughout the course of his career, Mark Ruwedel has tirelessly photographed the open landscapes of Western North America. This interest has led to him develop numerous photographic typologies of land use throughout the West, from evidence of ancient Ice Age inhabitants to a recent interest in the ad hoc structures that litter the southern Californian desert. At the core of this lifelong project, though, is Ruwedel’s extensive documentation of the 19th and early 20th century railway lines that once crisscrossed the Western landscape.

Today many of these railway lines are scars of their former selves. Ruwedel has tracked them down and captured the peculiar remains of industrial-era transportation. Used in every application from industry to tourism, Ruwedel captures a landscape testifying to widespread exploitation of the land. Yet in capturing these Western landscapes, and presenting them in a manner not unlike those 19th century government expeditions that funded photographers Timothy O’Sullivan and William Henry Jackson, Ruwedel draws our attention to a history of the land that is both cultural and sociological. Through his images we become aware not only of the decline of railway transportation in the west, but of those representational technologies that formed such a seductive portrait of the land in the mid-19th century.  – Gallery Luisotti, 2008 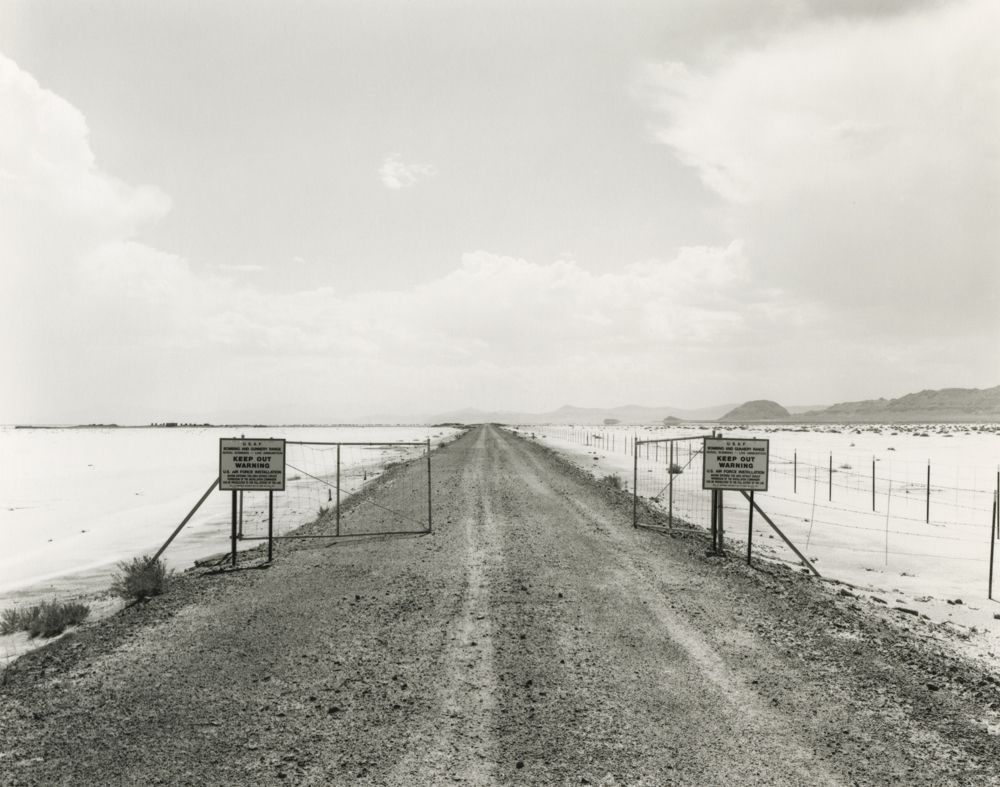 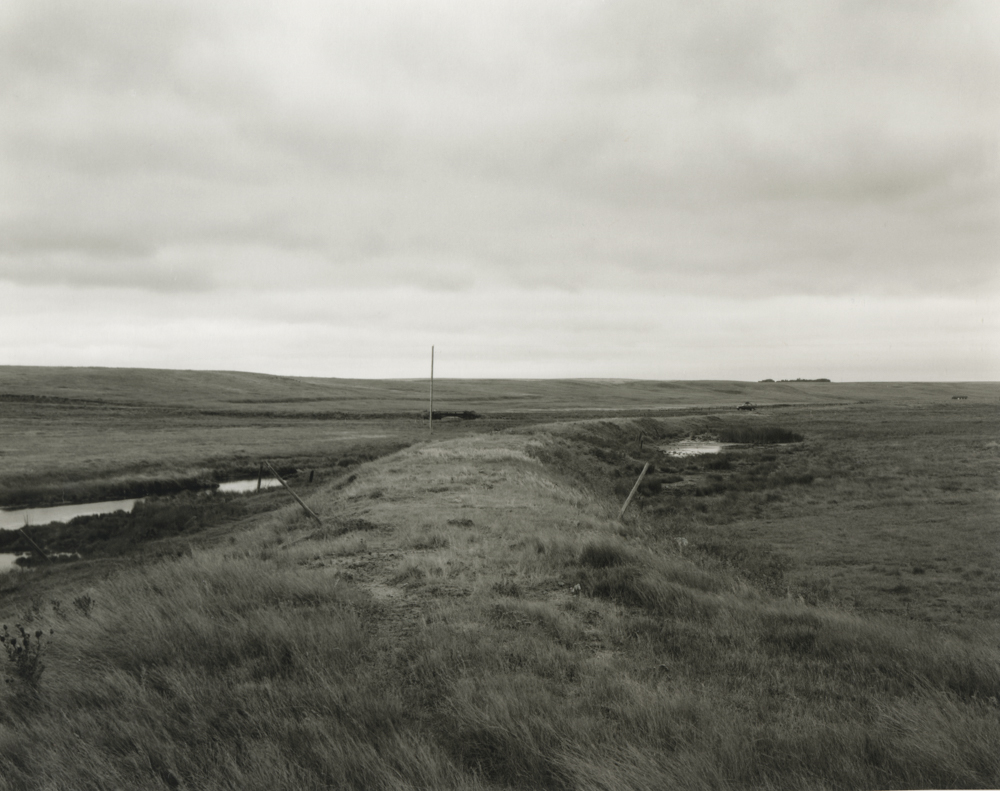 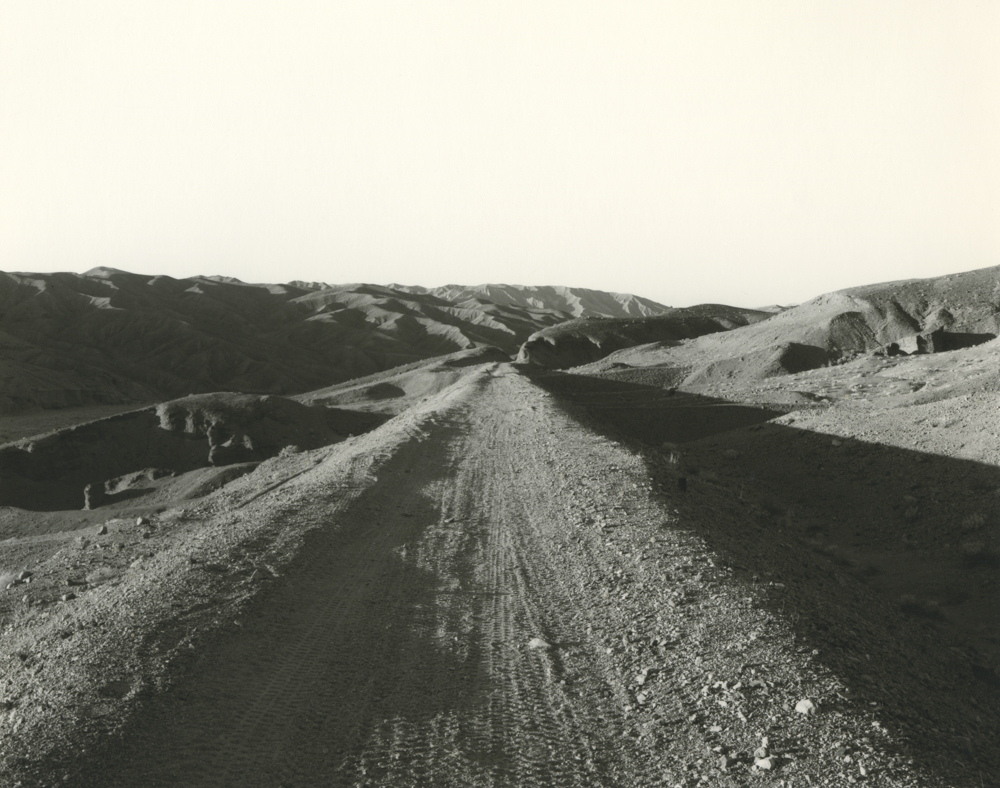 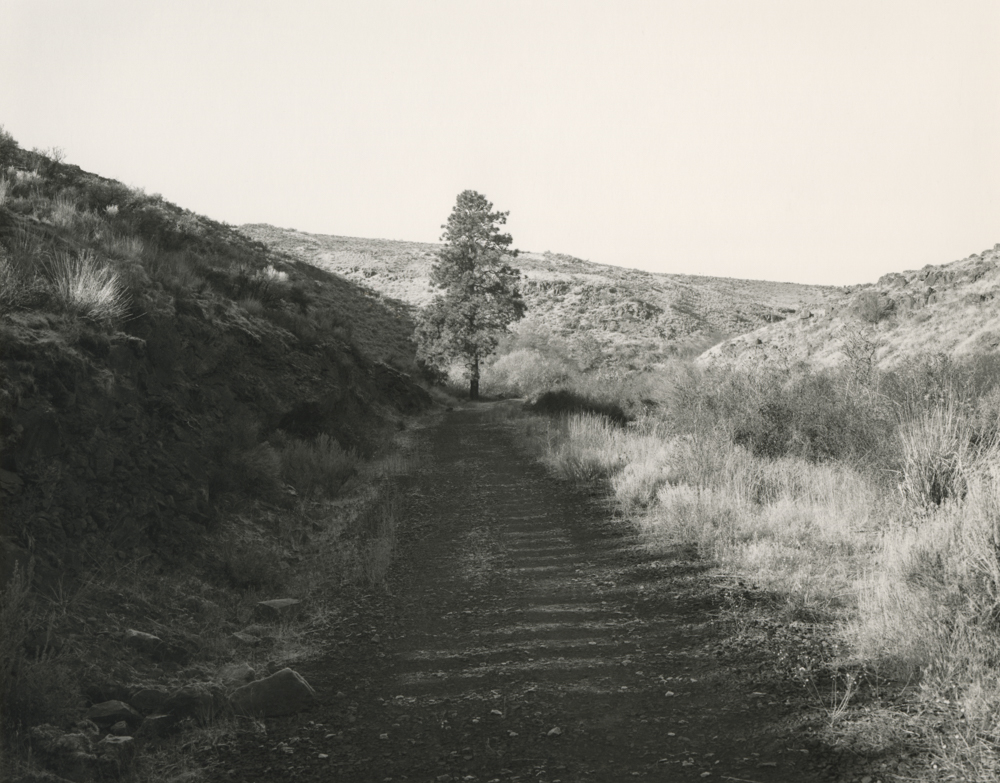 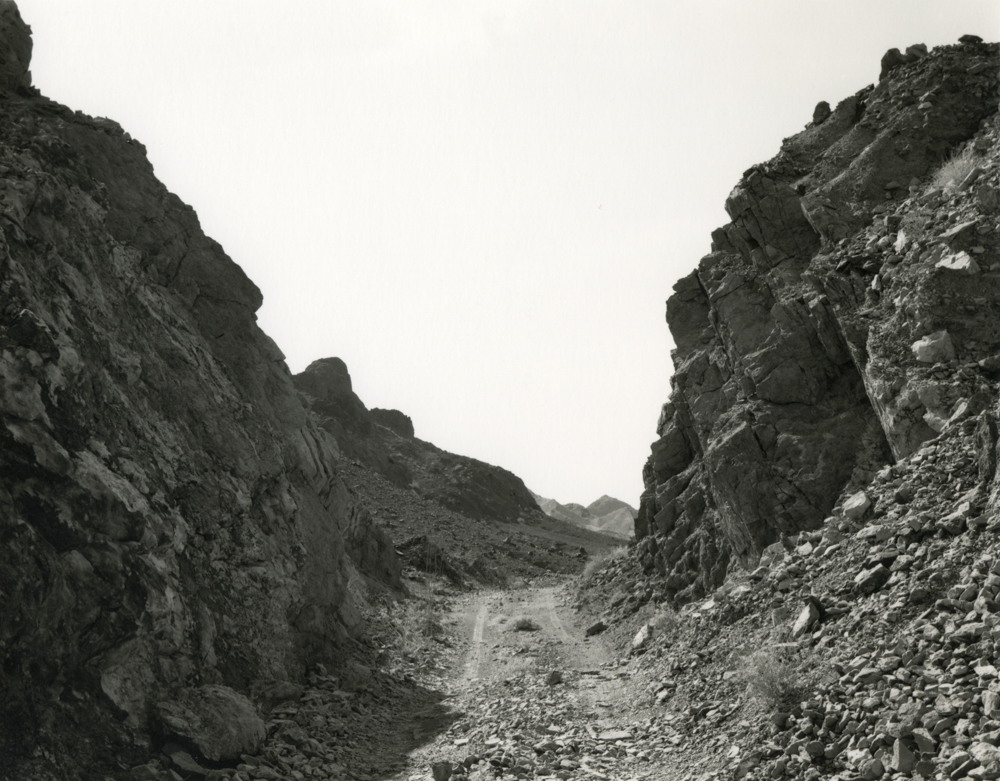 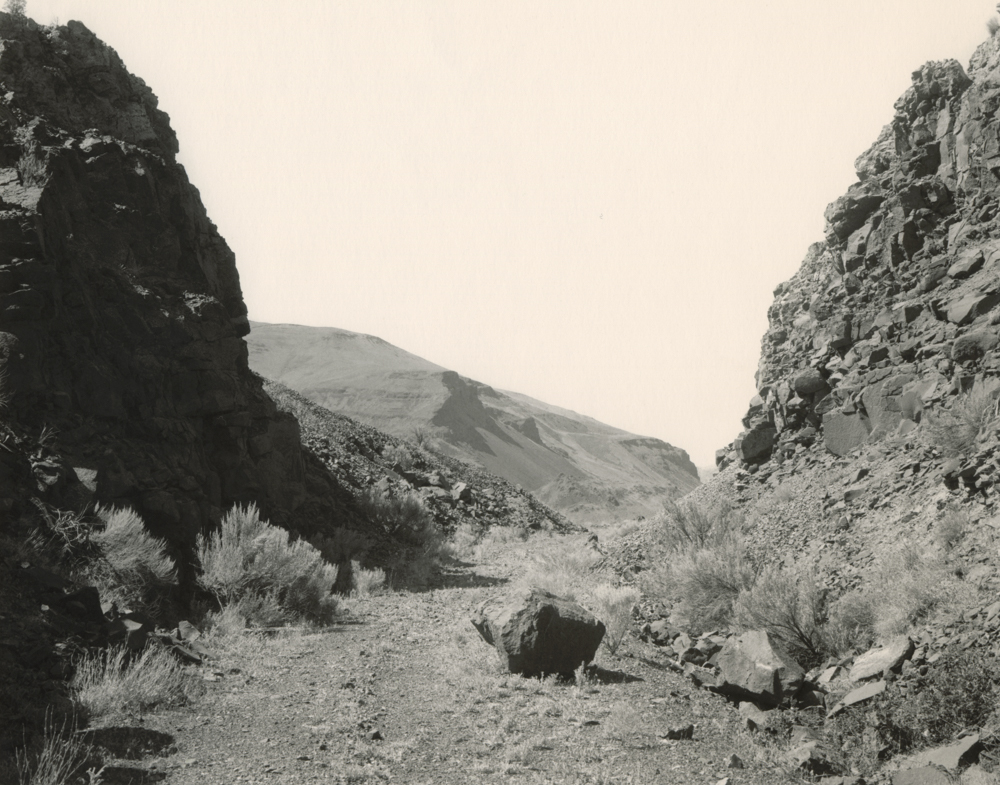 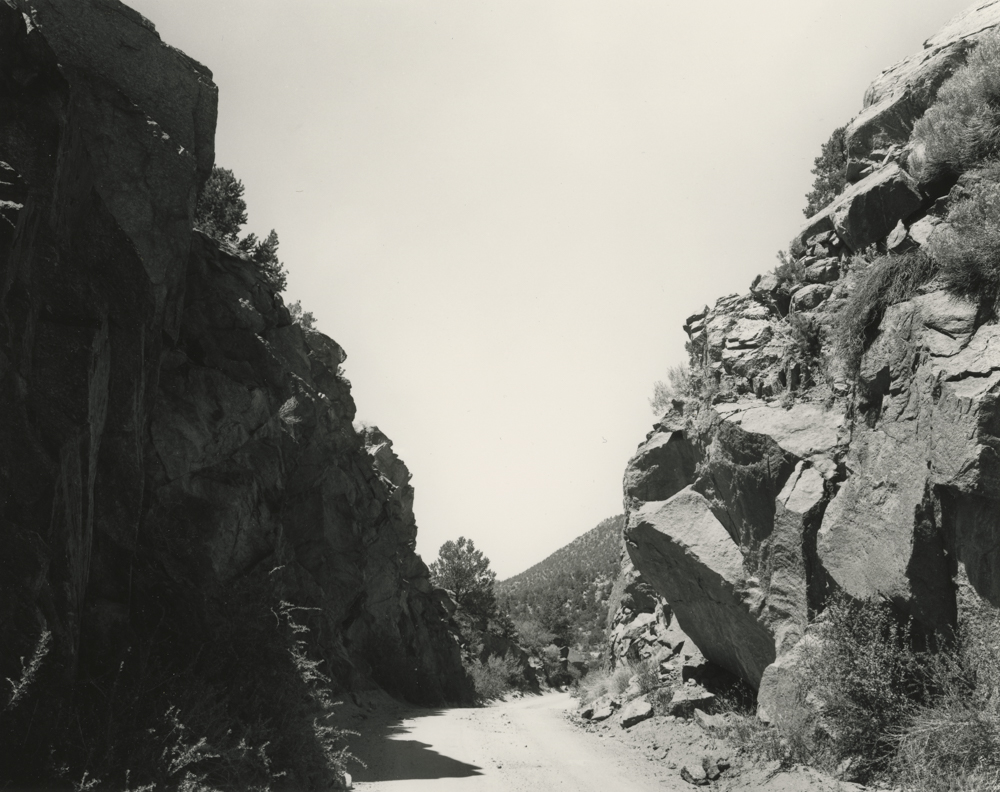 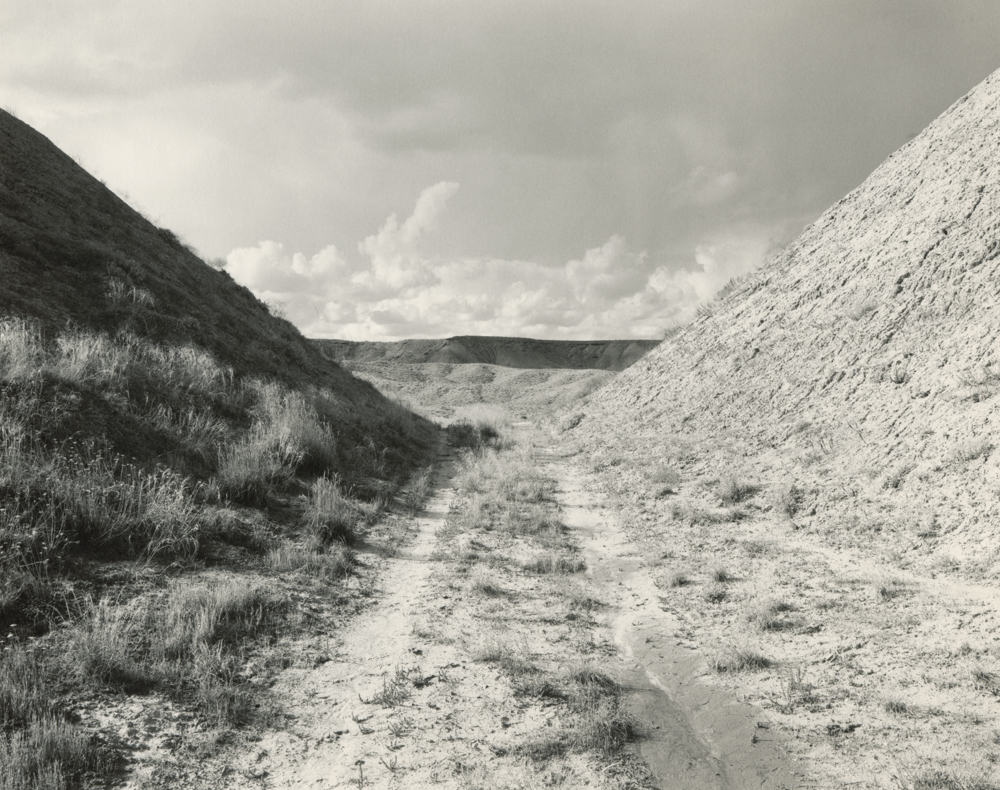 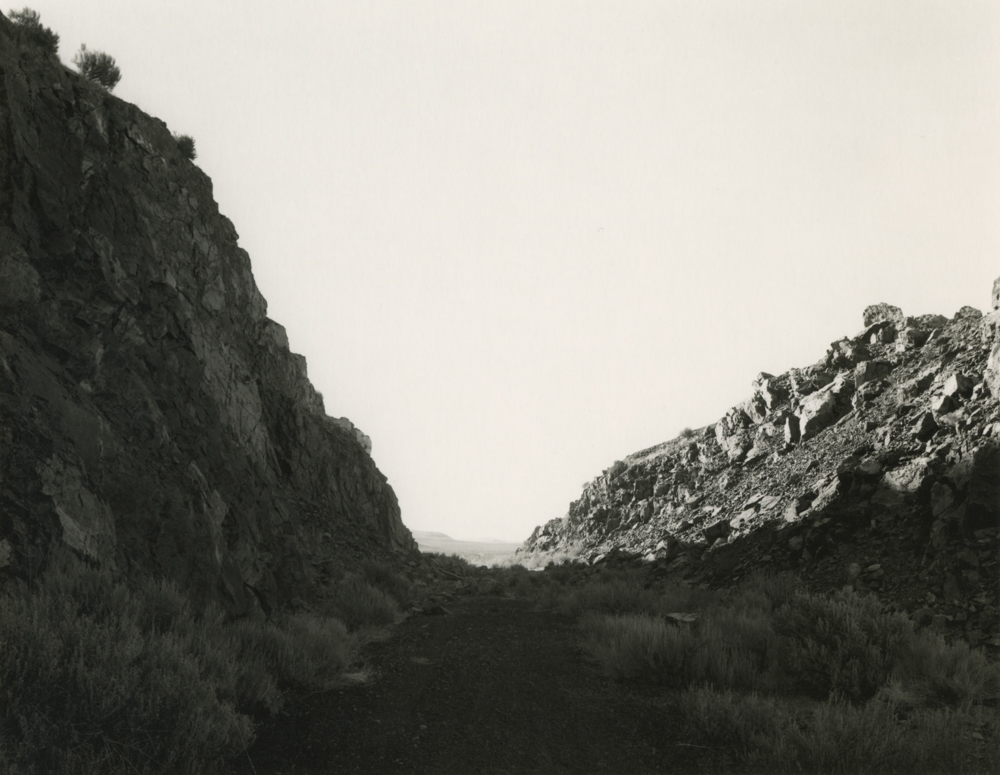 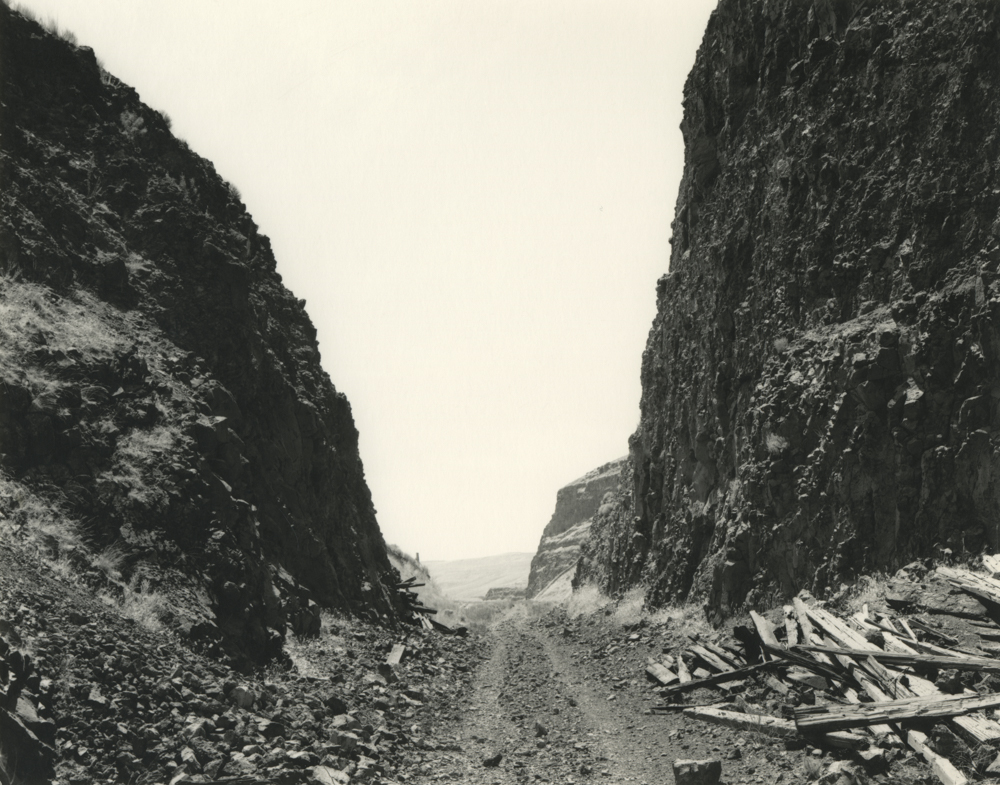 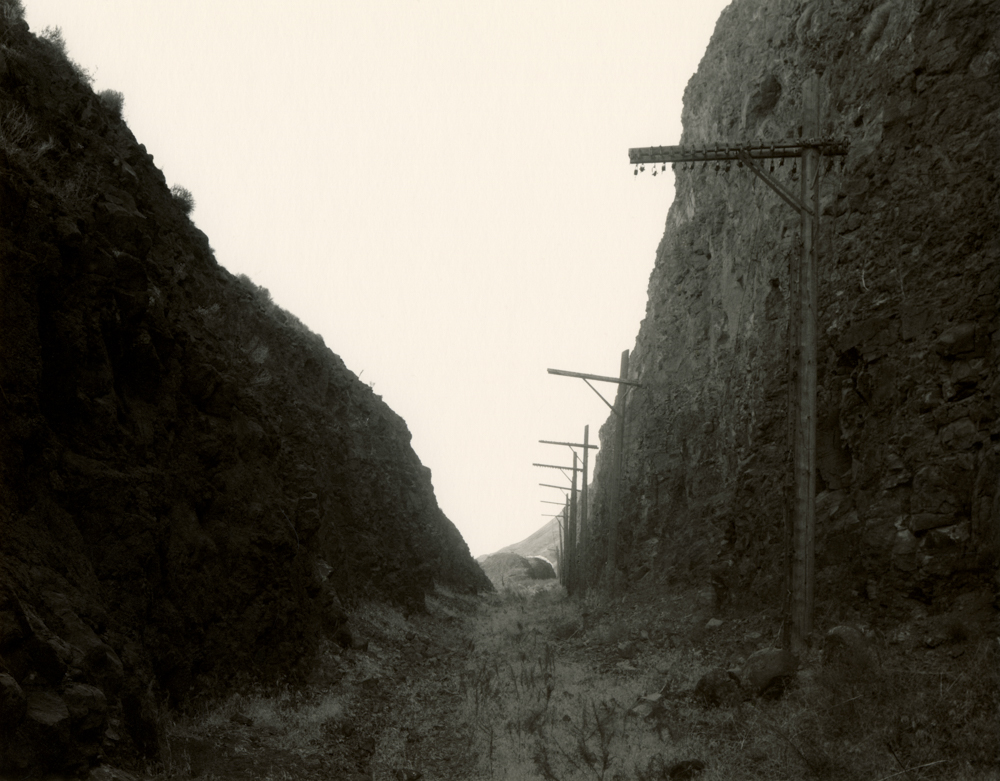 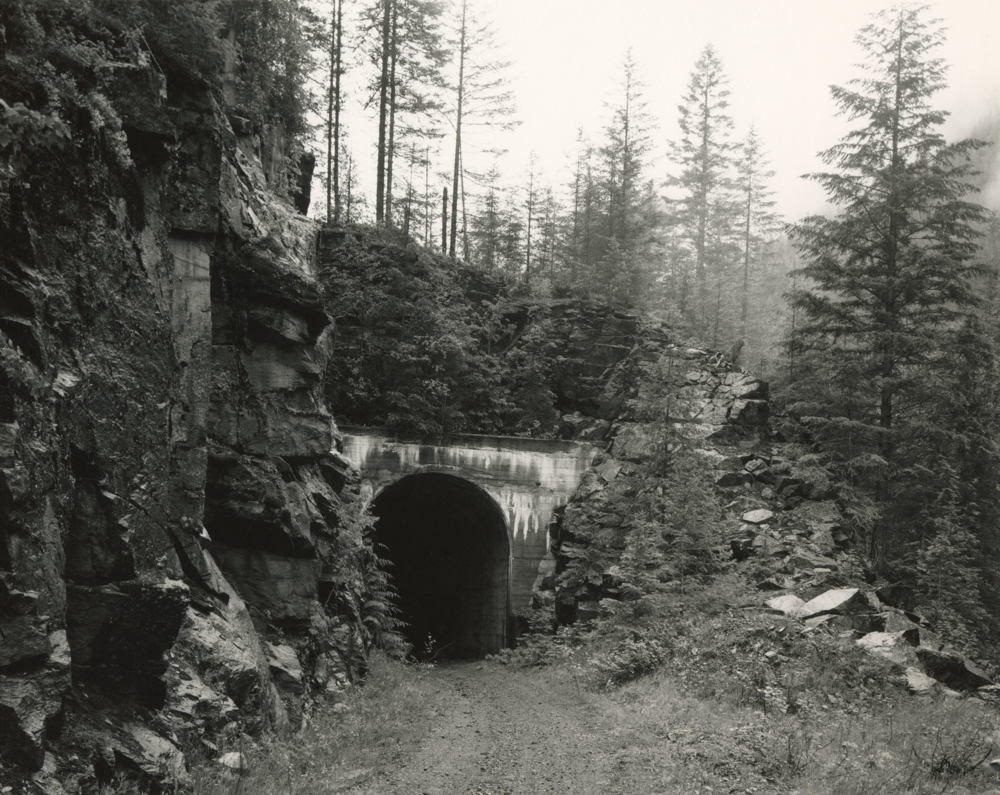 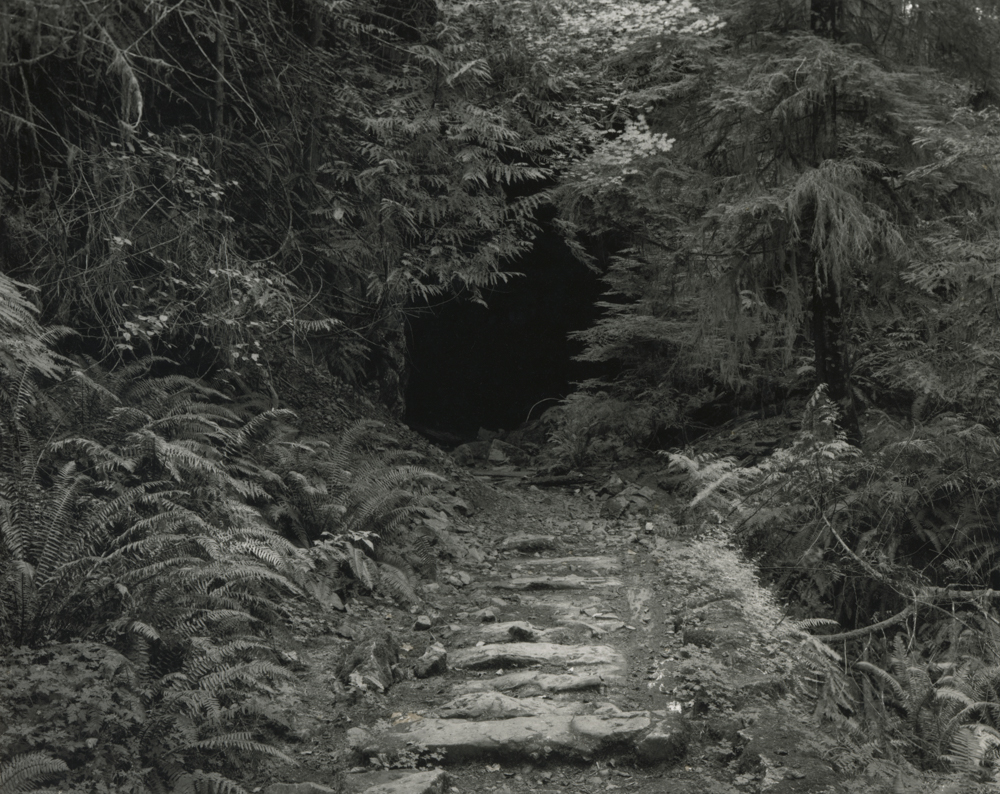 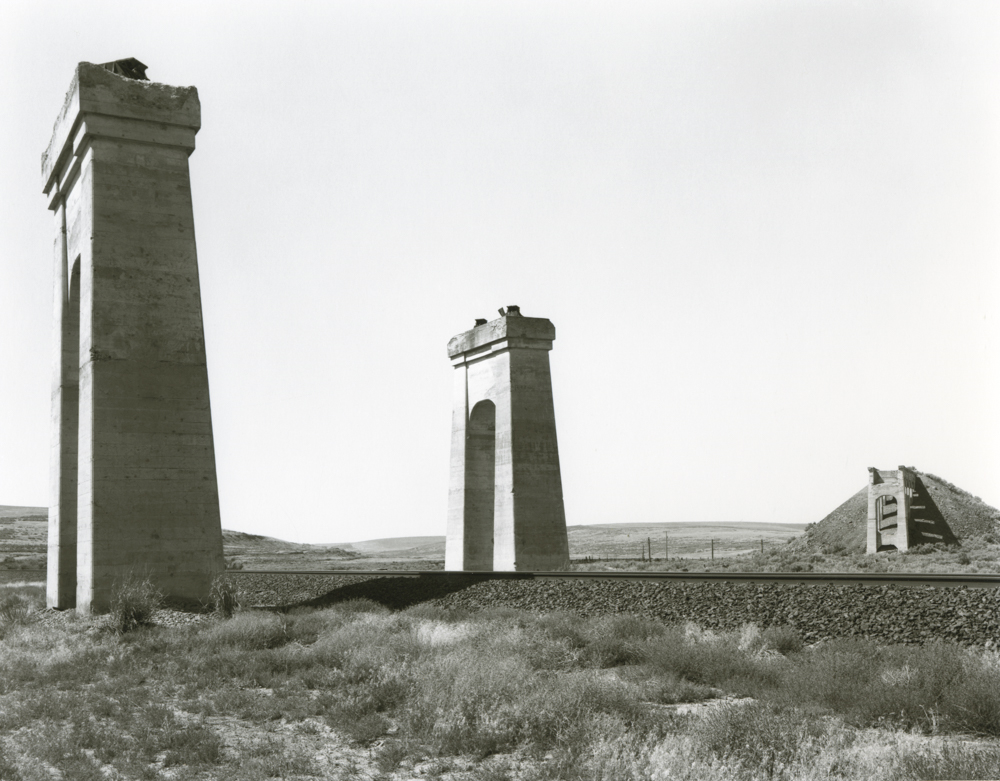 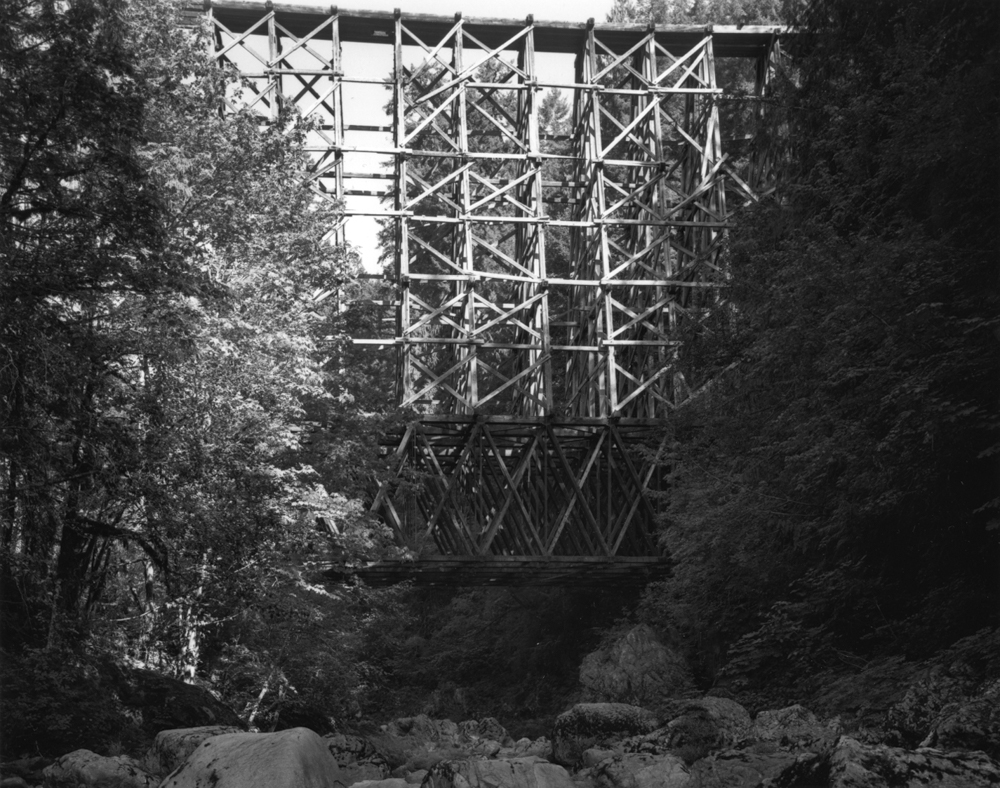