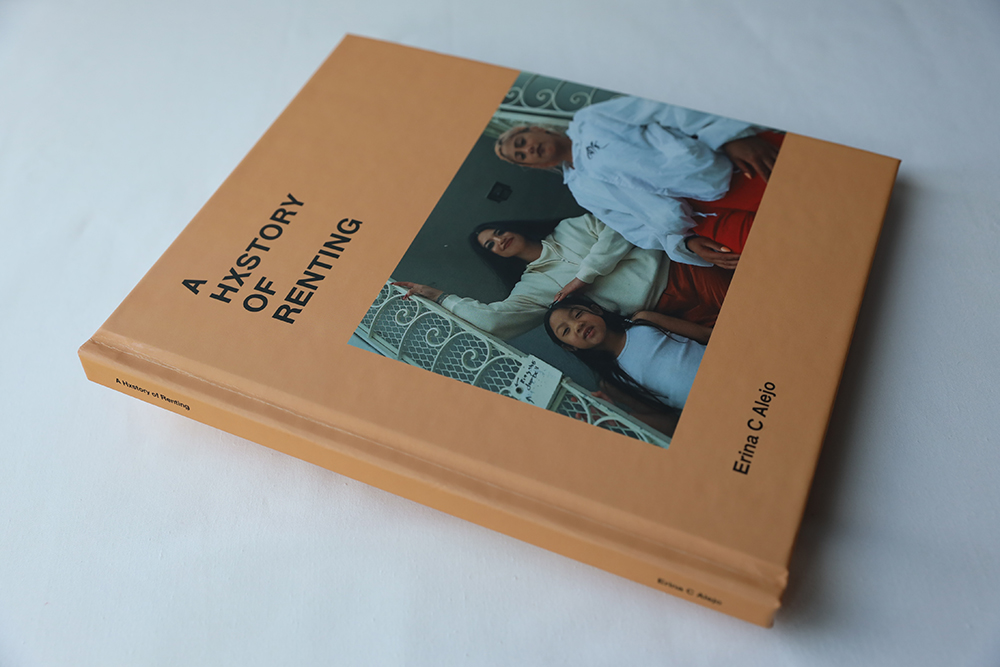 I didn’t know much about the Filipino community in San Francisco, other than its prominency, before getting to know Erina Alejo and their project AHOR – A Hxstory of Renting, a book published in 2020 by Clamshell Press, and a project compiled in the last few years, including essays and performance pieces.

As an immigrant myself I have an inherent interest in people’s stories and in the way they adapt to a new place, carry their culture, and create a new identity, in a new community. I know first hand the importance of connecting to our own origins and history, and how difficult that is once the links are removed.

What the Filipino community has experienced is nothing I am directly familiar with. In fact, the Philippines’ history is imbued in Spanish and American history. I wonder about identity formation and culture with these premises, and how this process happens “away from home”. I think this is why the physical places and the oral history have such a critical importance for the Filipino community, and how they served as a bearer of culture, language, values, and identity for the newer generations.

Erina Alejo is a lens-based artist, researcher and educator, that defines themselves as “third time generation renter”, as their grand-aunt immigrated from the Philippines to the Bay Area in 1959.   Putting the emphasis on their identity as renter, gives us a direct entry point in AHOR: this work documents the changes and the events that happened to the Filipino community in the last few years in San Francisco, and advocates for the individuals, using photography to tell stories that too often would be otherwise untold. 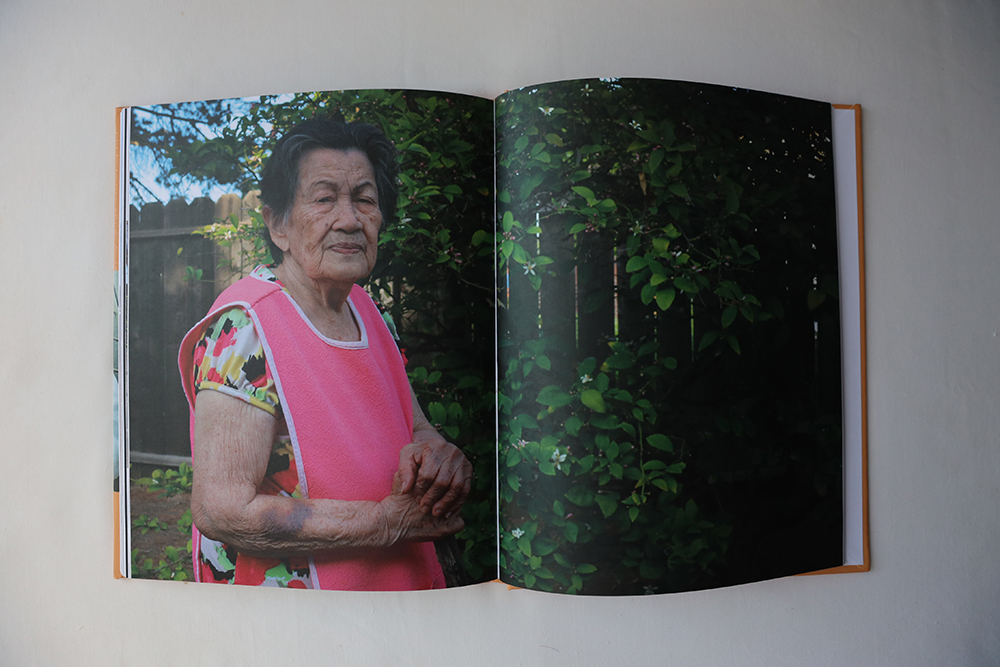 To better grasp this work, I wanted to look at the history of Filipino immigration to the Bay area, and some of the events that brought them to shape their new identity, once they arrived to the US. 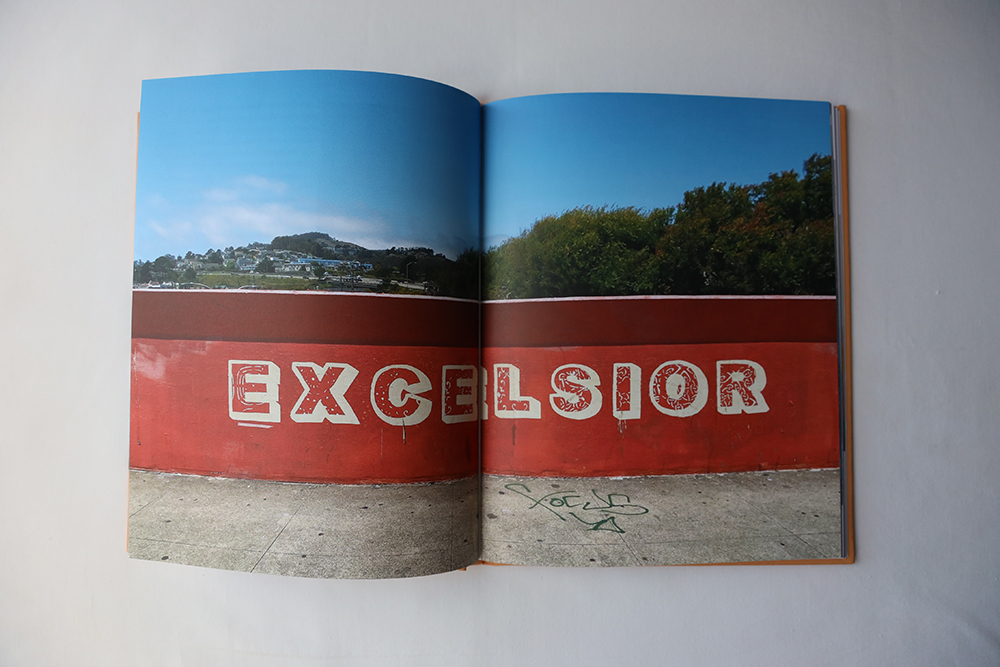 These events brought the Filipino community to forcefully leaving their homes and land, and to migrate in the US in two main waves, one in the 1930s and the second after WWII.

In the US Filipino immigrants faced extreme racism, and were too often subjected to abusive labor practices. To be able to survive and create a new home in their new land, they found a strong community around Market Street, in which they could support each other and start a new life.

It is well known that the housing crisis of San Francisco mostly due to gentrification practices and lack of affordable housing, disproportionately affects BIPOC (Black, Indigenous, People of Color) and Queer communities. It also affects the Filipino community (which Erina is part of) in a very specific way.

After WWII, and more into the ‘60s, the desire to increase wealth in San Francisco pushed the city to an aggressive urban re-organization plan, in order to create what has been called “manhattanization” of the downtown area, exclusively catered to the interests of white people, offices and corporations.  This process caused the working class and immigrants neighborhoods in the South of Market area to become gentrified, and consequently disappear. The inhabitants, mostly low income immigrants, people of color, and elderly residents faced a massive eviction process. 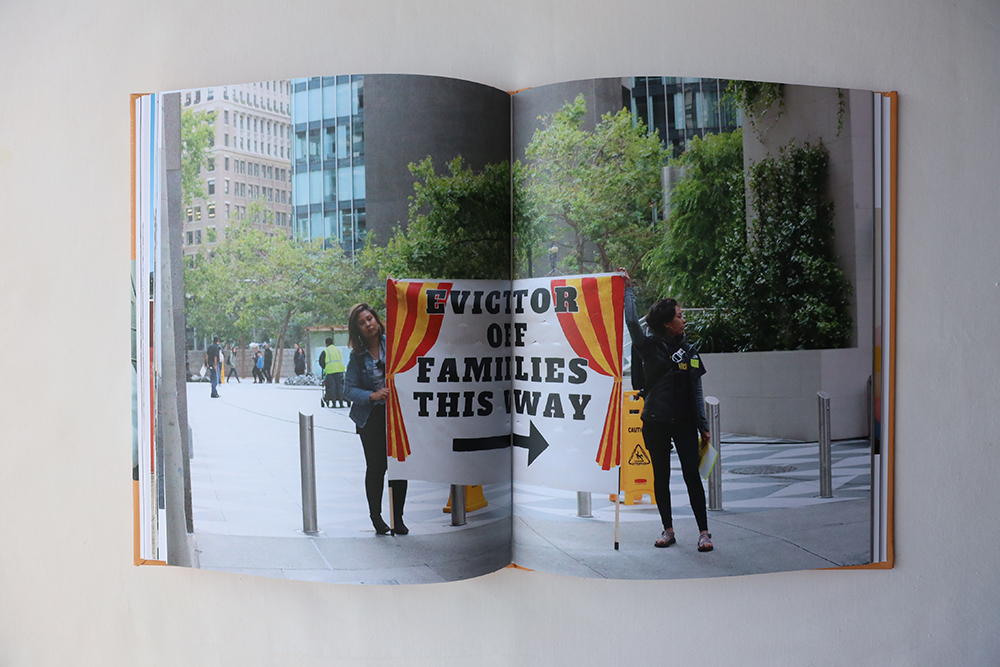 By documenting the urban segregational changes that were made by the government in the South of Market area in San Francisco, AHOR contributes to amplify the voice of the Filipino communities.

The way Erina is documenting these issues generates continuity with the oral history and storytelling present in the Filipino culture, and it also creates space for addressing the socio/political issues and self organizing.

In fact, for decades the people took the matter int heir own hands, as the activism was the only way to fight back in first person for their rights.

I want to end with a quote I saw on a man’s shirt, in one of Erina’s photographs, “It takes the hood to save the hood”.

This is true today more than ever, and to me it implies a level of collective responsibility but also brings great empowerment. The assistance comes from within, from the power of the people belonging to the community that’s been affected. It also implies that everyone contributes with a role, as part of the society. Community members are the invaluable, best resource and hope for change.  This is why activism is so important at community level. It allows the younger generation to be invested in their future, to be connected with and grow with the support of their community. – Davida Carta

“With regards to Filipinos during the pandemic– it becomes even more so important that Filipinos are listened to and seen, especially as part of the large workforce of healthcare workers who are disproportionately affected by COVID-19, and as Asian Americans, are also learning about cross cultural solidarity as we are being challenged with both anti-Asian and anti-Black sentiments and community harm across the US.” – Erina C. Alejo 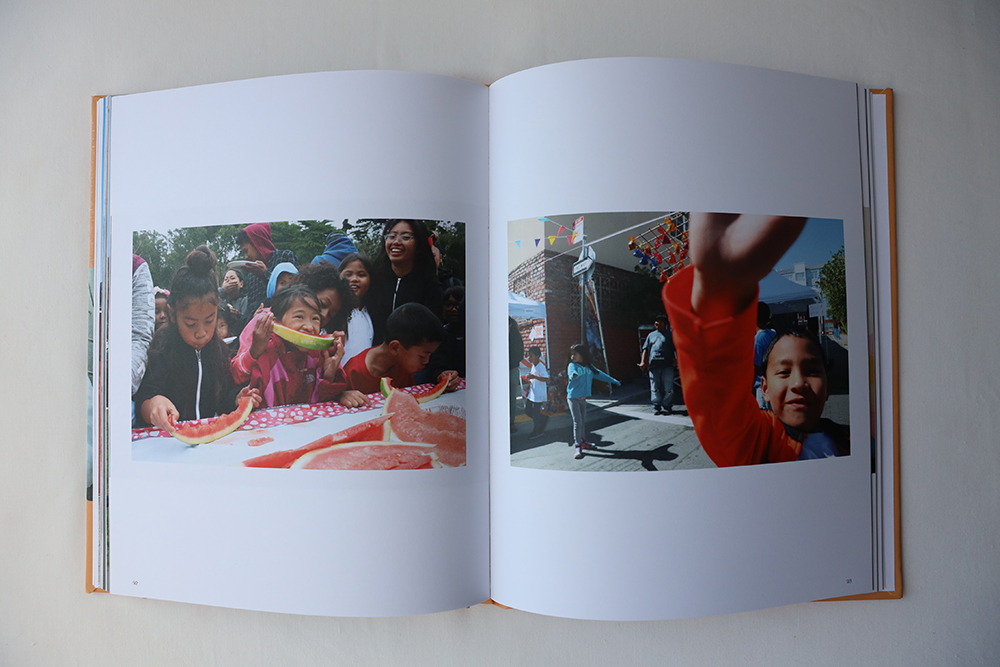 Erina C. Alejo (b. 1991) is an artist, researcher and educator who works across decades and geographies to construct archives on labor, displacement, family and communal history. They are a third-generation San Francisco renter with family, documented through A Hxstory of Renting (2015–ongoing).  Alejo administers grants for the Office of the Vice President for the Arts at Stanford University. They also participate in Stanford’s Creative Cities, a working group reimagining the role of art in the urban sphere. Alejo’s current SFMOMA commission, My Ancestors Followed Me Here, is an outgrowth of their previous work on gentrification and community resilience. 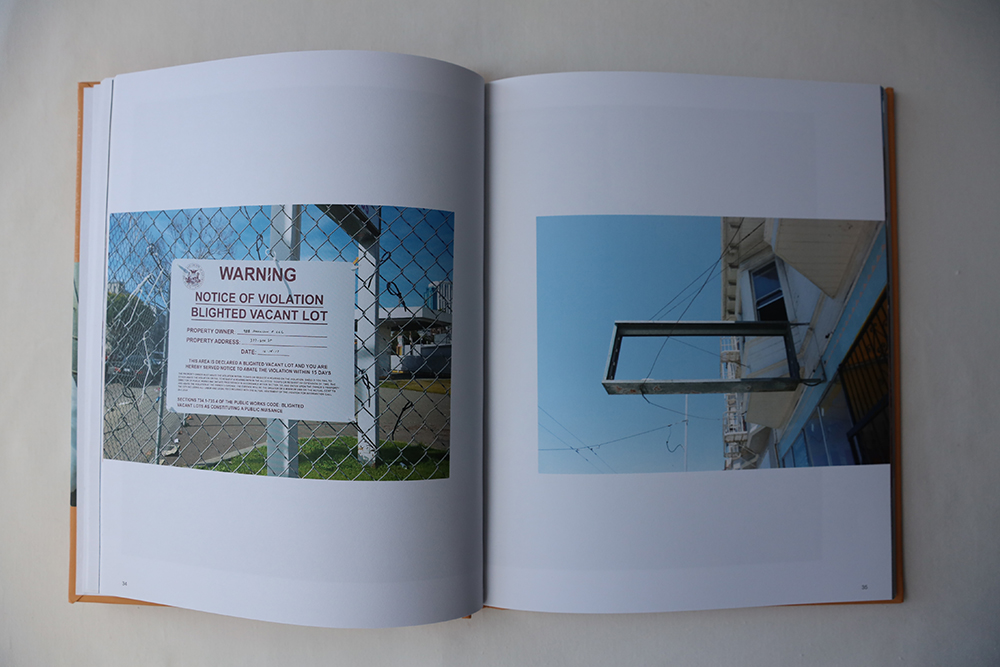 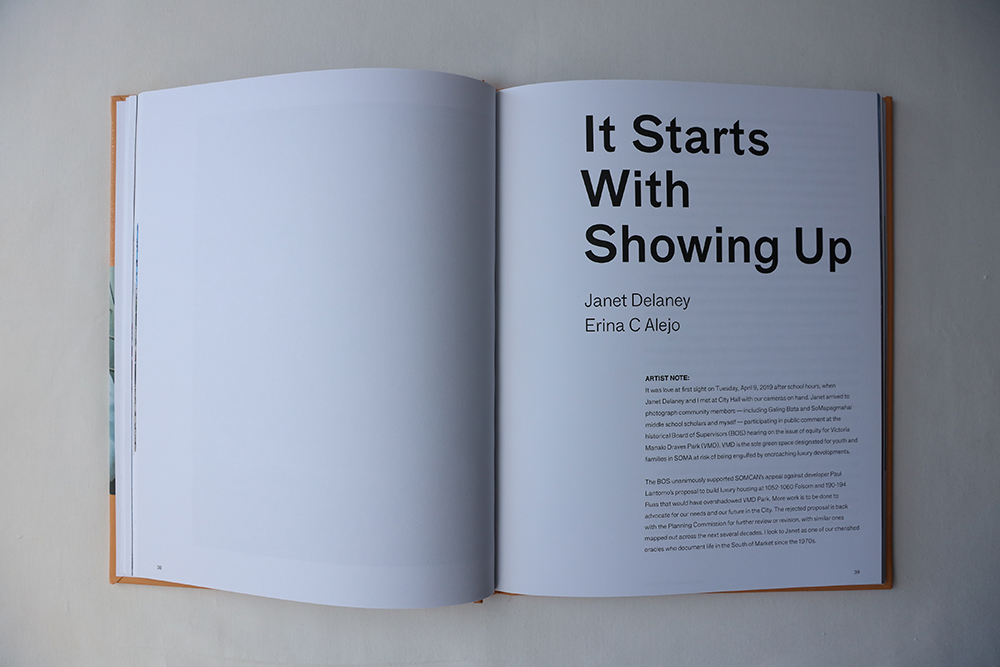 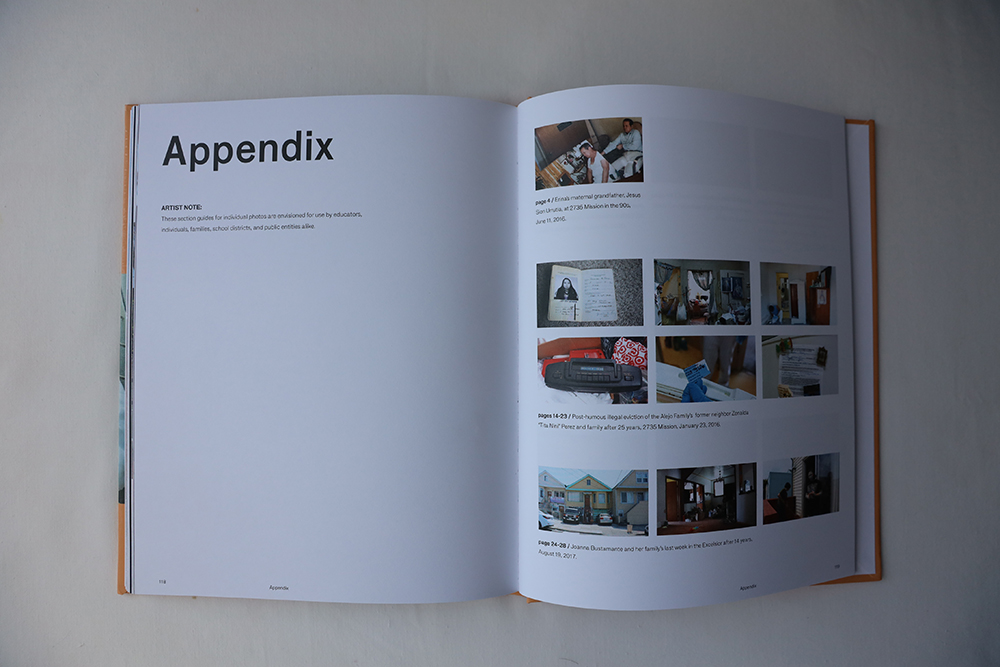 Davida Carta is a fine art photographer born and raised in Milan, Italy, and now located between Western Massachusetts, and Connecticut. After receiving a Master of Fine Art in Photography from the New Hampshire Institute of Art, she created Underexposed Magazine in order to give more visibility to women and women identifying photographers. This platform offers resources, open calls, reviews and interviews to emergent and mid-carrier artists. Carta also supports emergent photographers and students in producing a final body of work by helping them editing and sequencing their images and writing a statement. Her personal work is imbued in the quotidian. It explores the emotional qualities of ordinary spaces, the passing of time and the experience of belonging to a place as an immigrant.
IG: @davidacarta
@_underexp.mag_

NEXT | Meghan Marin: The Sound of the Sun >
< Chloé Azzopardi: Forms they inhabit in time of crisis | PREV