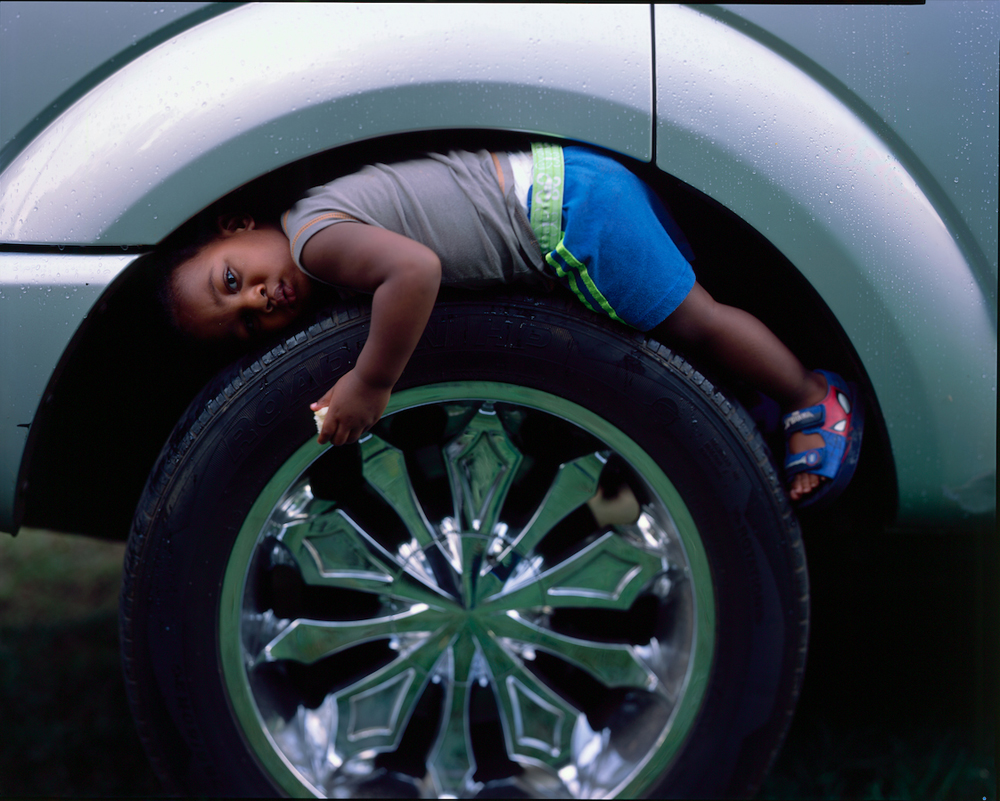 A Negro born in the North who finds himself in the South is in a country they have never seen, but which they cannot fail to recognize. – James Baldwin

The Ogden Museum of Southern Art has a profound exhibition, Spell, Time, Practice, American, Body: The Work of RaMell Ross, closing on March 27th, 2022. RaMell Ross is a photographer, filmmaker, and educator and in 2018, released his documentary Hale County This Morning, This Evening that went on to be nominated for an Academy Award. Richard McCabe, Curator of Photography, Ogden Museum of Southern Art states:

Hale County, Alabama has an almost mythical place in the pantheon of Southern literature and art. The county was the location for James Agee’s seminal 1941 book, Let Us Now Praise Famous Men, which featured iconic photographs by Walker Evans of three white tenant farming families and the vernacular architecture of the county. From the 1960s-2000s, William Christenberry – born in nearby Tuscaloosa – followed in the tradition of Evans by immortalizing Hale County’s vernacular architecture and rural landscape in his drawings, paintings, photographs, and sculptures – producing one of the most important bodies of work on a singular place in the history of American Art.

RaMell Ross has emerged as the most successful new artist to embrace Hale County as both subject and muse. As a Black man from the North, Ross provides a new perspective on the Hale County story. His focus on a singular place over many years aligns his work with William Christenberry. Yet, unlike Christenberry – whose art focused on familial ties to the land and capturing time’s patina on the vanishing vernacular architecture of the region – Ross’ art focuses on the county’s Black community and Black bodies. The photographs and films of RaMell Ross situate the storied county within a 21st century context. Ideas of place, time, race, and identity – themes central to Southern art – are at the forefront of Ross’ contemporary visualization of Hale County.

The discovery began after I moved to Alabama in 2009 to teach photography and coach basketball.

Photographing in my day-to-day I began filming using time to figure out how we’ve come to be seen.

These are the first two sentences that appear on the screen at the beginning of RaMell Ross’ film – Hale County This Morning, This Evening. The words contained within these sentences seem to encapsulate the conceptual core of Ross’ art practice – a practice and process for making art built around concepts of discovery, time-based storytelling and the accurate representation of a community.

Spell, Time, Practice, American, Body: The Work of RaMell Ross is the culmination of the artist’s twelve years of engagement with the African American community of Hale County, Alabama. Since 2012, Ross has produced the photographic series, South County, AL (A Hale County), and multiple films including the Academy Award nominated Hale County This Morning, This Evening. Timely and timeless, Ross’ photography and films capture the enchanted lushness of the rural Alabama landscape while addressing ideas of “Blackness” and “otherness” in the American South and beyond.

RaMell Ross is a storyteller with a camera, and his photographs and films seem to fit within the social documentary tradition. Yet, his work occupies a unique space between documentary, social documentary, post-documentary, conceptual, and experimental art. Ross’ formal conceptual language and collaborative spirit with his subjects intersect to produce a highly original visionary style of documentary art that is aligned more with poetry than traditional prose. Ross’ open-ended, non-linear approach to the documentary tradition – combined with the metaphorical imagery he creates – enables the viewer multiple points of entry into his art.

Spell, Time, Practice, American, Body: The Work of RaMell Ross features a wide selection of photographs from the South County, AL (A Hale County) series. Made with a large-format 4×5 and 8×10 view camera, these photographs were culled from hundreds of exposures made by the artist from 2012-2021. Ross’ video, Walk With Me, a Day’s Work, 2021, continues his cinéma vérité approach to filmmaking in Alabama’s Black Belt region. A nocturnal journey through a harvested and barren cotton field in Perry County, Walk with Me, a Day’s Work poetically addresses cotton’s role in shaping the agrarian economy of the rural South and the pivotal role cotton played in the institution of slavery and tenant farming practices.

For the first time through this exhibition, Ross expands his studio practice beyond photography and filmmaking to include sculpture. In the tradition of Duchamp and the readymade, Ross employs found objects to form the backbone of his sculptural aesthetic. Perhaps his most personal art to date, Ross’ sculptures speak to his life and family history in relation to the racial and cultural history of the Americas. By incorporating elements of the natural and built environment of the Alabama landscape – soil, wood and steel – into his sculptures, Ross folds his personal narrative into the history of Hale County, the American South and beyond. 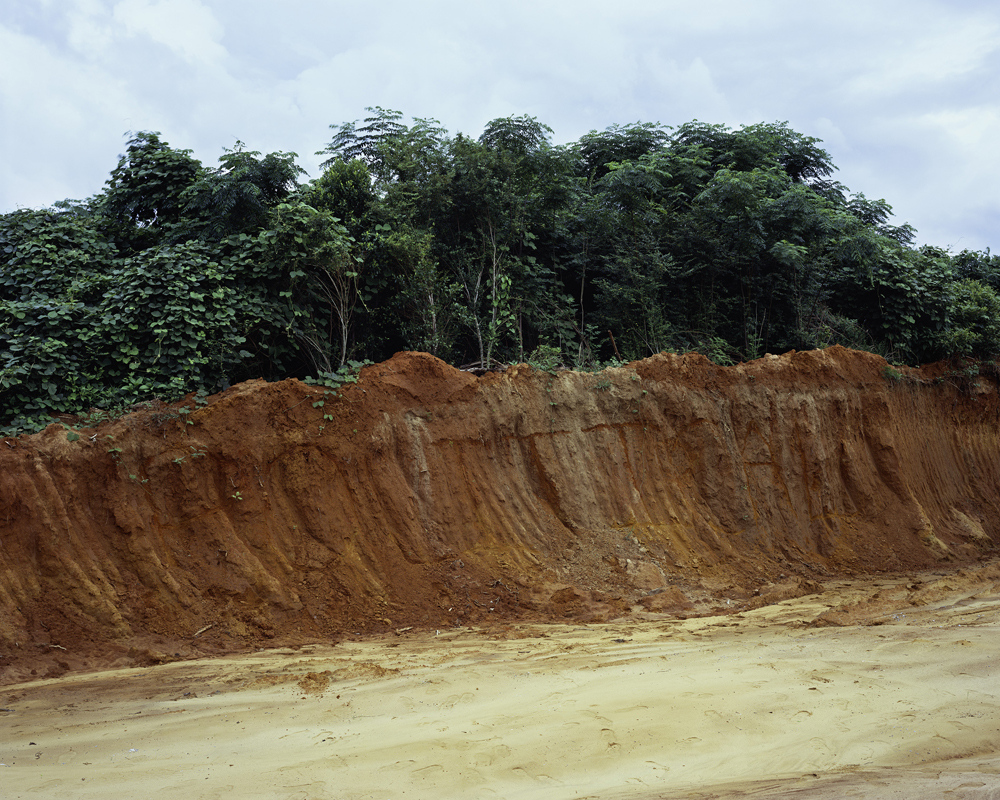 He has been awarded an Aaron Siskind Foundation Individual Photographer’s Fellowship and was a 2020 USA Artists Fellow. His feature experimental documentary, “Hale County This Morning, This Evening,” won a Special Jury Award for Creative Vision at the 2018 Sundance Film Festival and a 2020 Peabody Award. It was also nominated for an Oscar at the 91st Academy Awards and for an Emmy for Exceptional Merit in Documentary Film.

Ross holds Bachelor of Art degrees in Sociology and English from Georgetown University (2005) and an MFA degree from Rhode Island School of Design (2014). Currently, he is an associate professor of art in Brown University’s Visual Art Department. His work is in various public and private collections, and has been featured in Aperture, ArtForum, The Atlantic, Daily Show, Dissent Magazine, Filmmaker Magazine, IndieWire, New Yorker, NY Times, TIME Magazine, Variety, and Village Voice, among others. 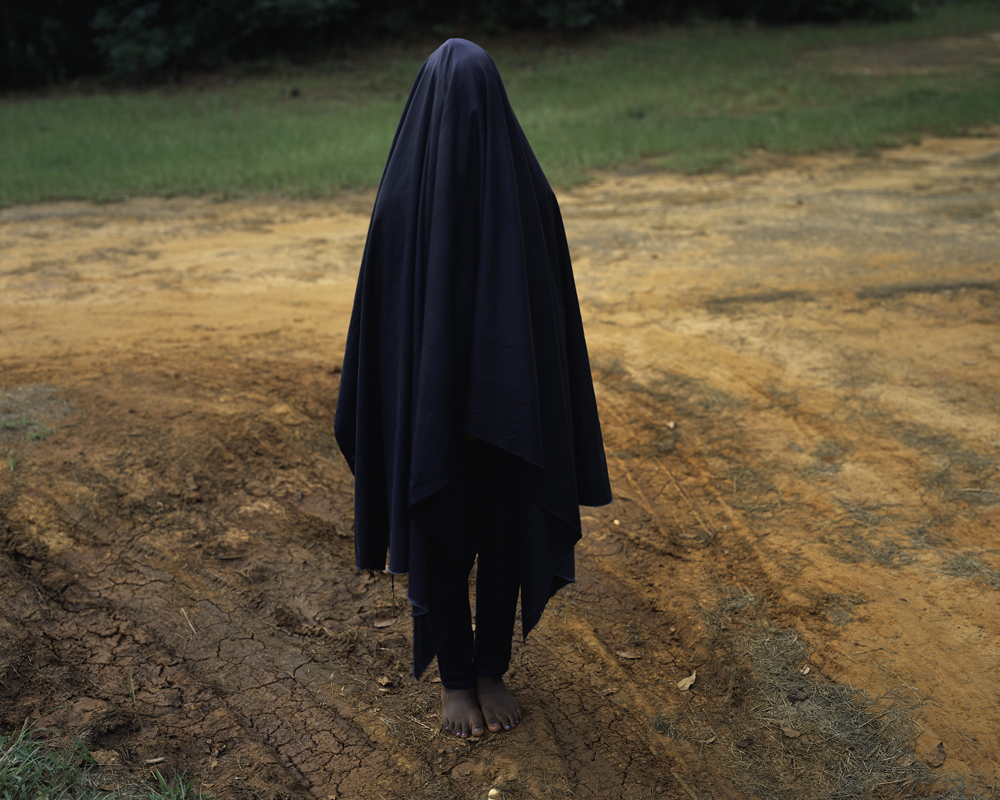 To be Black is the greatest fiction of my life. Yet I’m still bound to its myth. I can’t help but think about the myth’s childhood and its back yard of the South. How the myth of blackness aged into fact and grew into laws. How it evolved from there to become tacit, and join the secret order of things. How it became the dark matter of the American imagination.

I’ve lived and worked in Hale County for almost 12 years. Sometimes, there, I feel like I have no race. And if the light was right, no one else did either. Still the myth of blackness is entangled at the root of the South’s mythology – a mythology upheld in textbooks, institutions, media and film and literature. And photography is implicated. – RaMell Ross 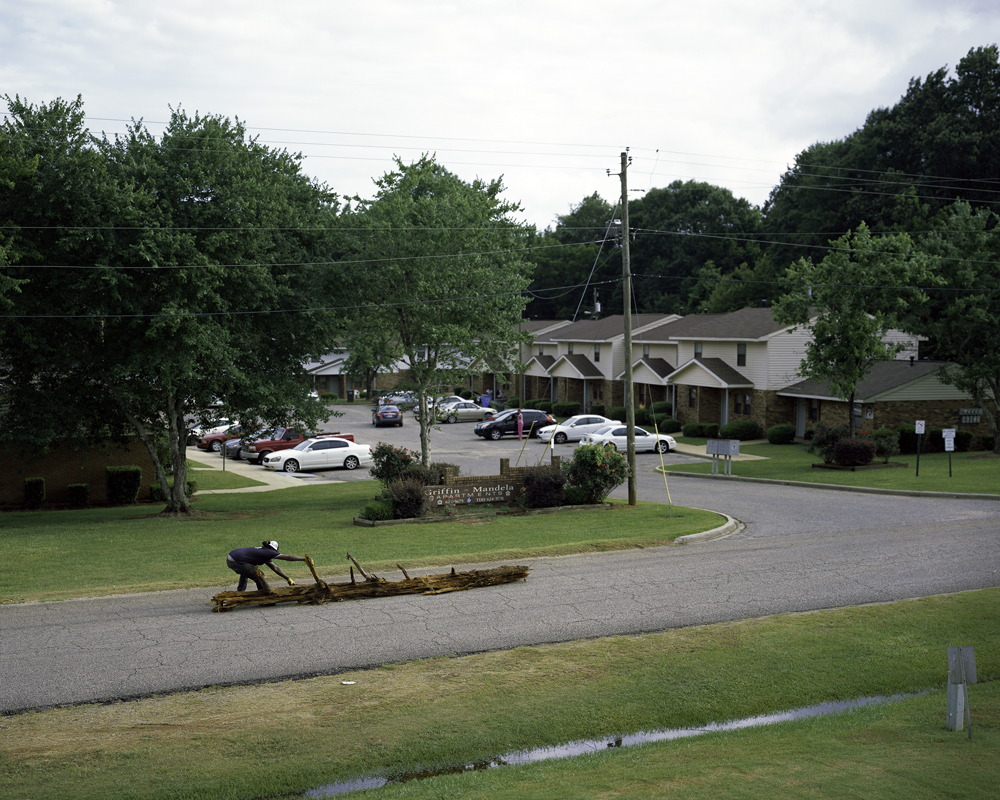 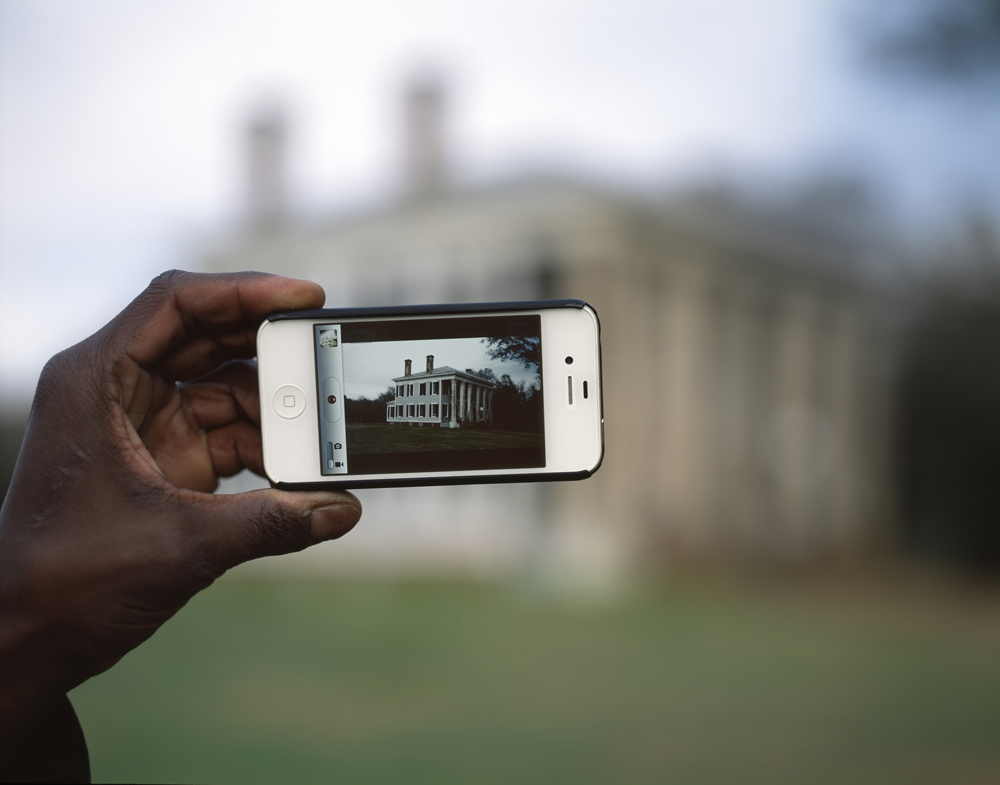 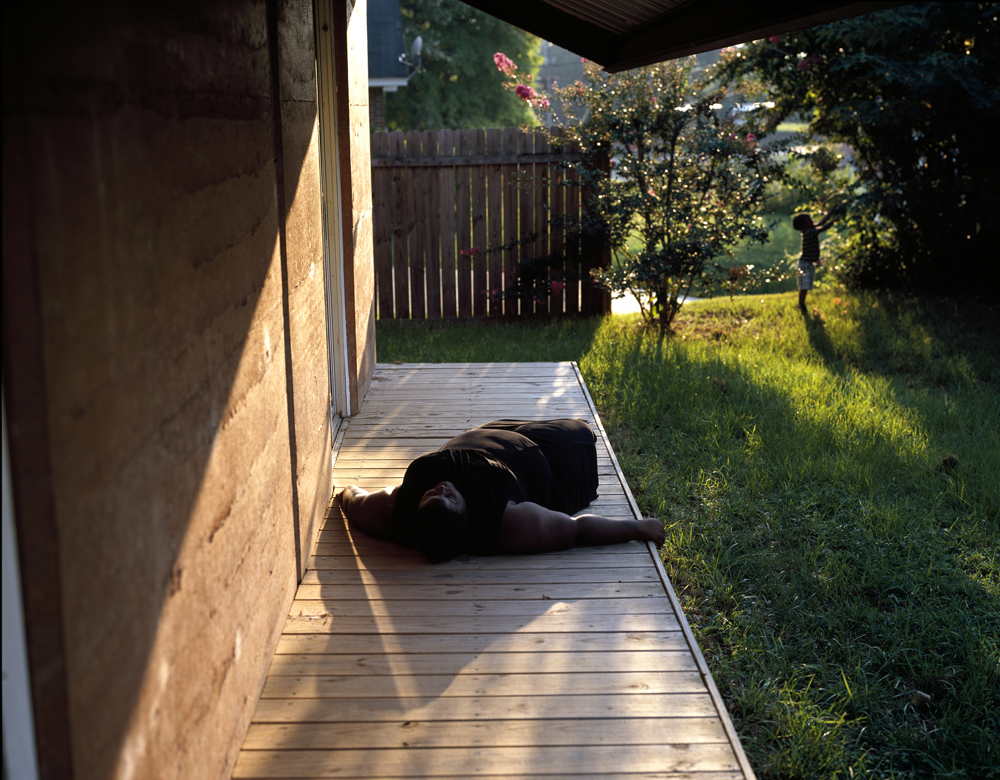 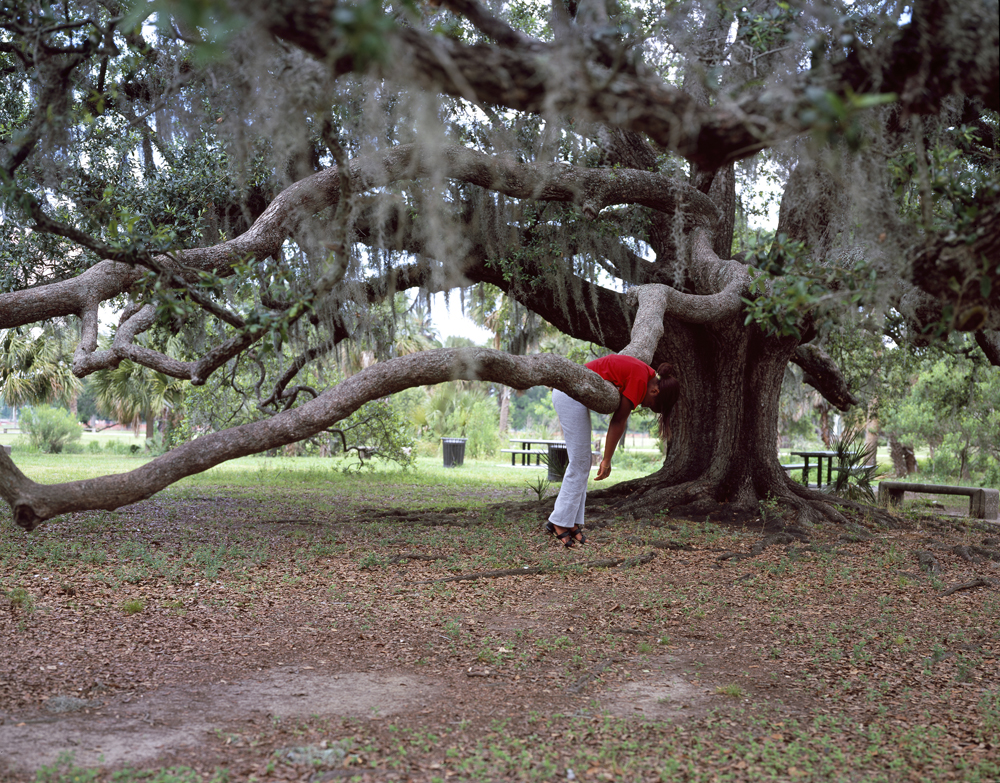 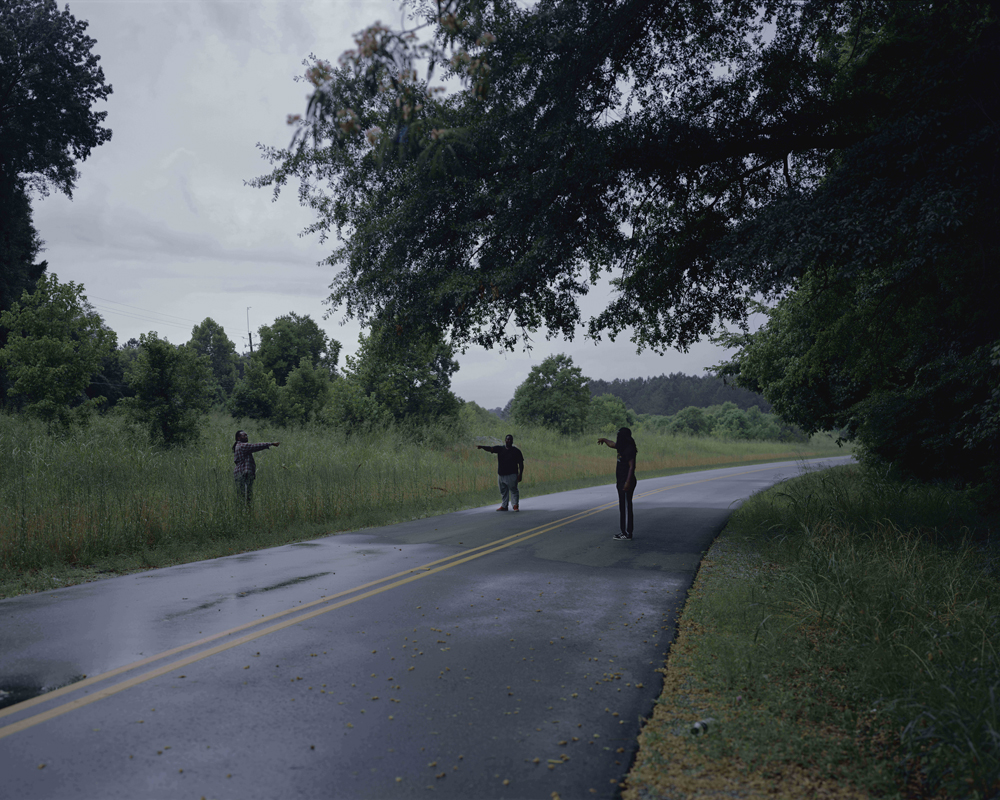 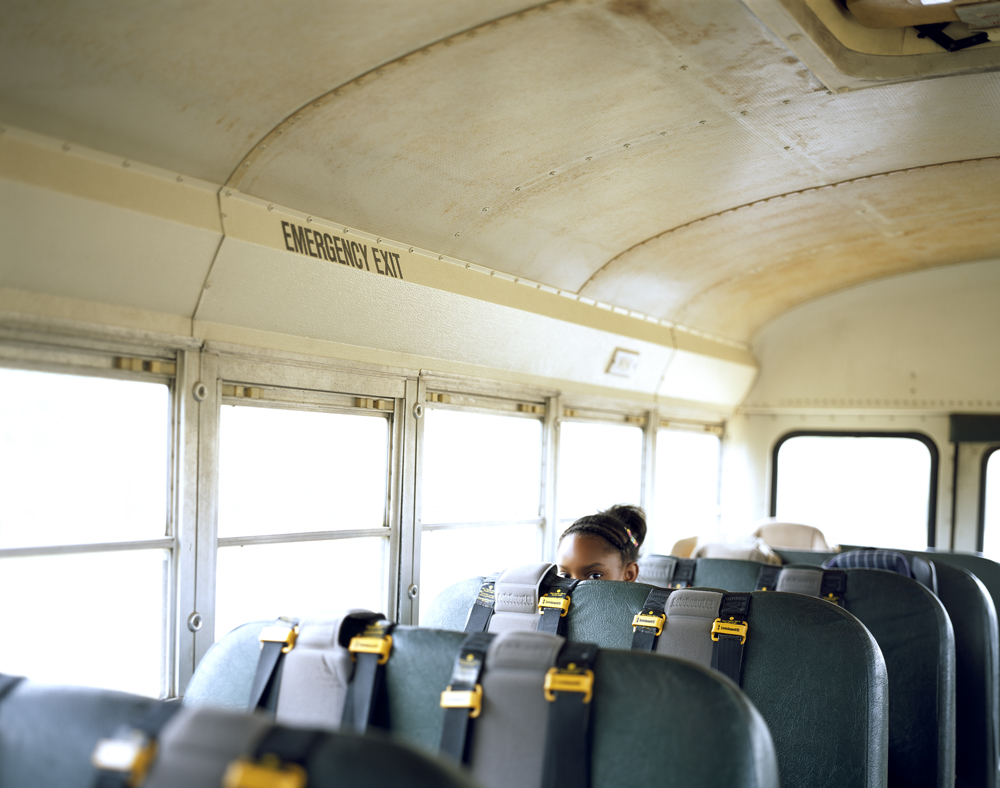 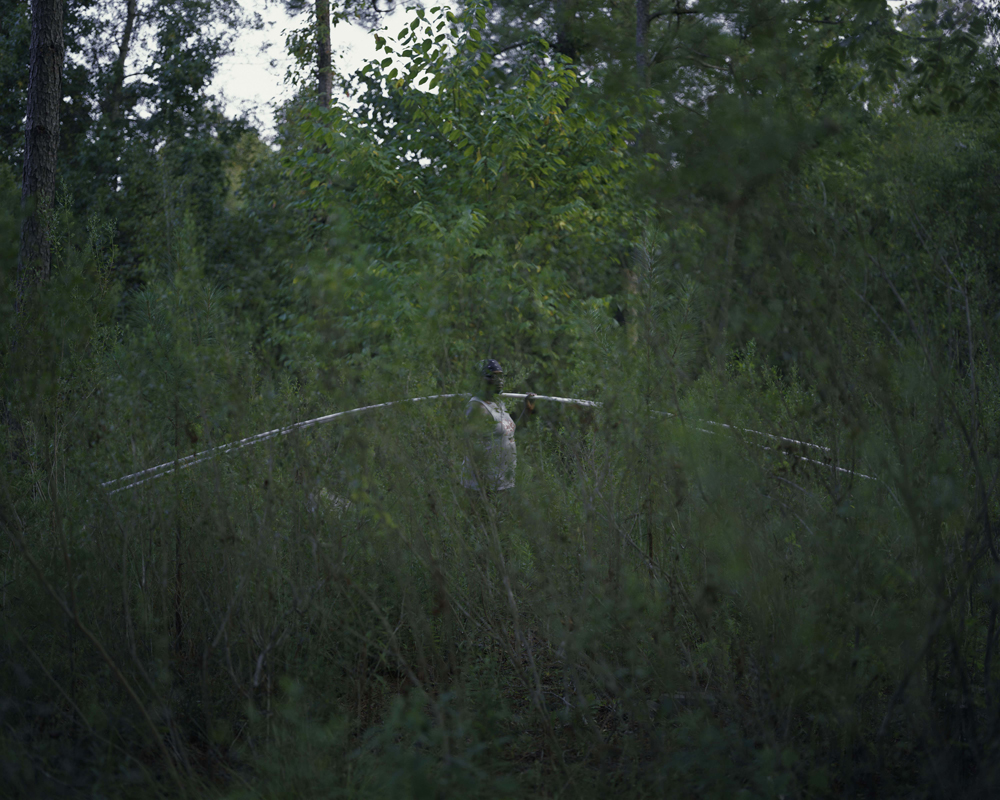 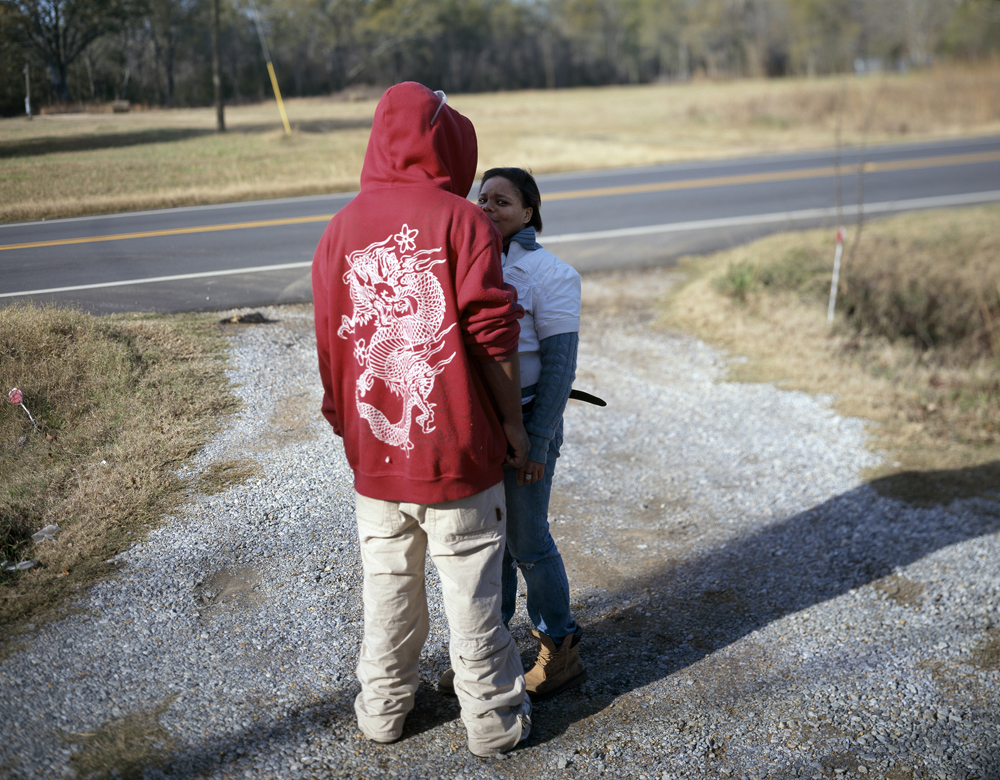 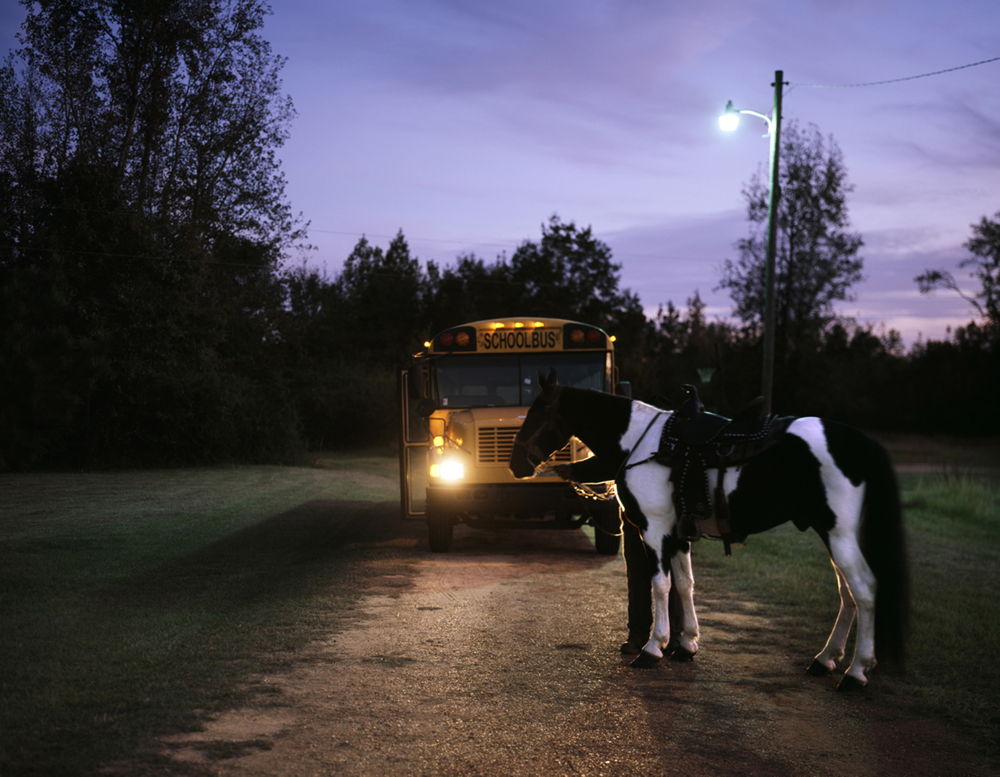 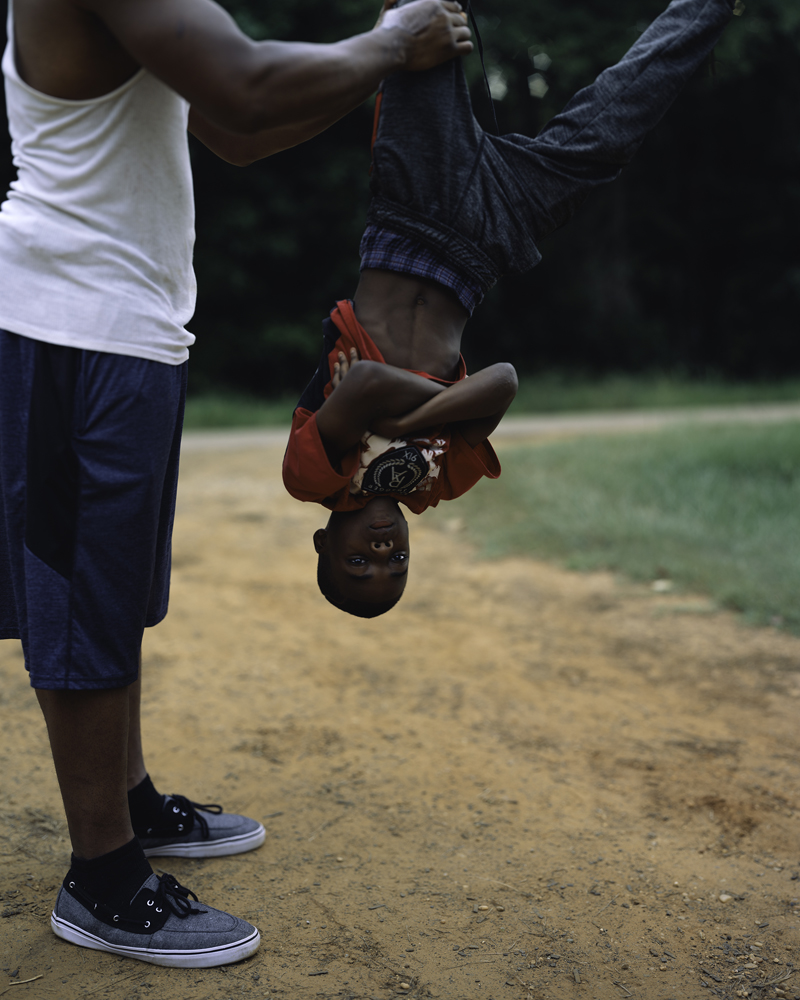 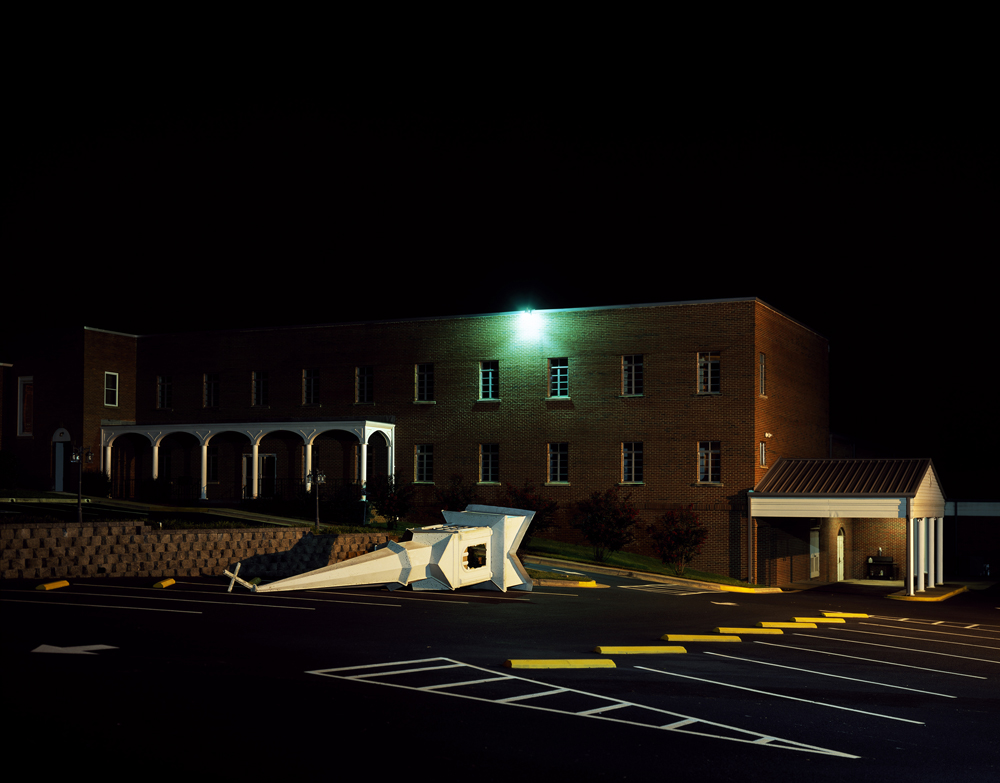 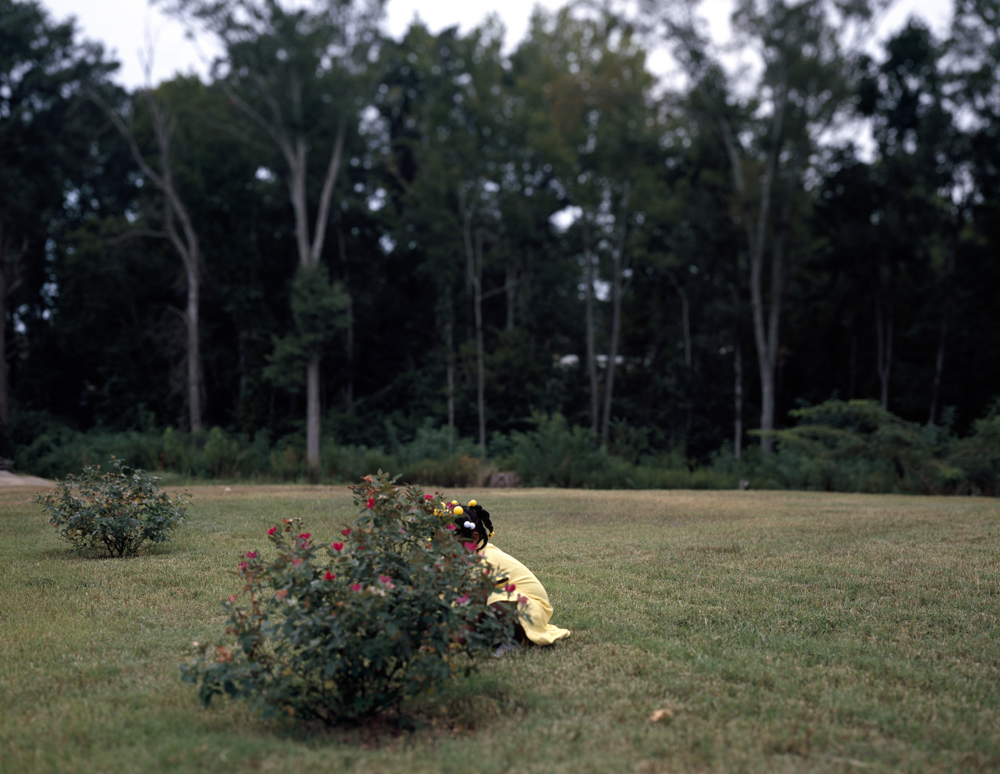